Each title in the set merits its own review, and keeping with the tradition of going through the series numerically, we’re up to Halloween 5: The Revenge of Michael Myers.

In case you missed the previous installments of the series, you can find them at the following links: One, Two, Three, and Four. 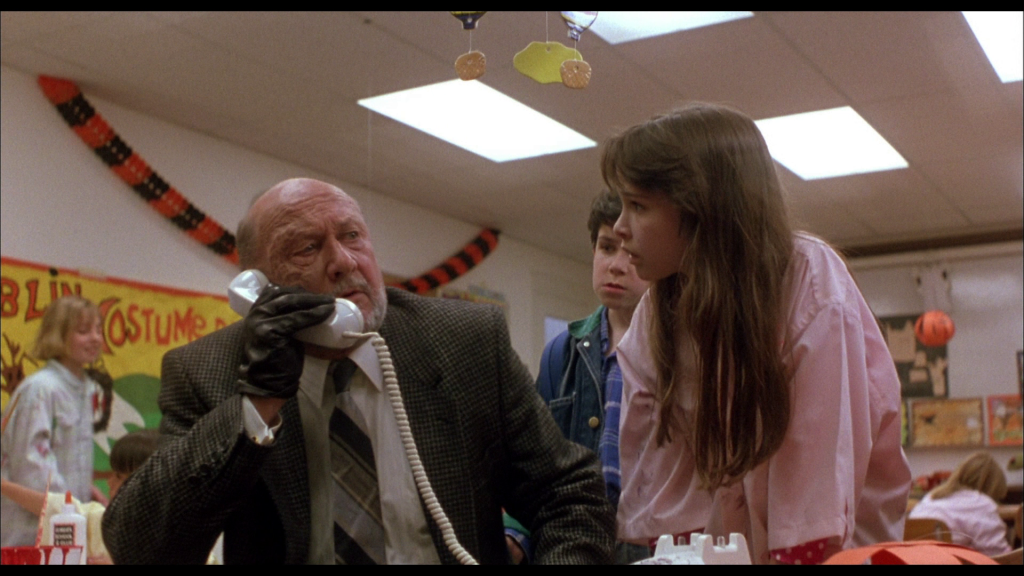 After a quick recap of Halloween 4 the story gets pushed a year down the road, and all our old friends are back to play.  Doctor Loomis (still Donald Pleasence) is watching over young Jamie (still Danielle Harris) in the local children’s hospital after she decided to stab her mother at the climax of the last film, Rachel is busy being a teenage girl and getting ready for a party, and Michael has shacked up with a hobo in a shanty for a year (not kidding).  It isn’t very long until we’re off to the races with our run of the mill “murdering teenagers” fare, and that’s exactly what most of this film feels like; run of the mill.

Without delving too much into the plot, you’ve seen this movie three times already with the previous installments not counting the stand alone third in the series, Season of the Witch.  Teenagers do teenage things, Michael kills them, Loomis tries to stop him.  Jamie is different this time around, however, she’s currently mute, and is psychically linked to Michael.  Loomis, who’s gone so far off the deep end at this point that concepts like “child abuse” and “child endangerment” are now foreign to him, wants to exploit the connection and use Jamie as bait in the final act of the film. 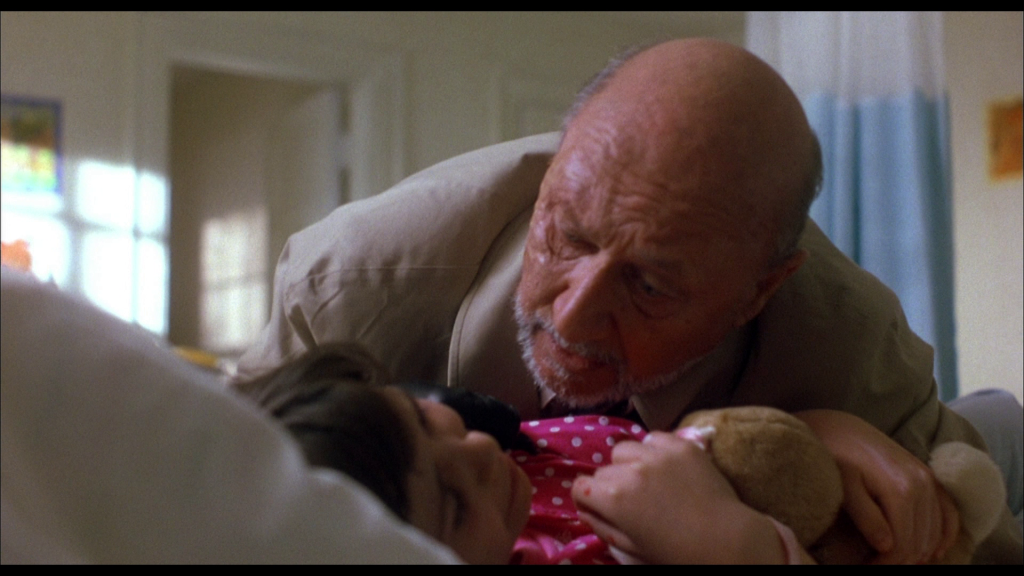 The final act of the film is where things go from “mundane” to “interesting” and a fellow in black who has shown up at various times in the film actually does something to advance the plot.  Peppered throughout Halloween 5 are foreshadowed clues about the “Curse of Thorn” which will play a much bigger role in the following film, Halloween: The Curse of Michael Myers.

This one is the weakest of the Myers offerings of the series thus far, falling into the Friday the 13th territory of more of the same.  Chances are if you’ve never seen the franchise and watched all the films over a weekend, by the following week the events of 4 and 5 will have blended together in the viewer’s mind.  Admittedly, my mind was wandering through a lot of this one, wondering how much property values in Haddonfield had gone down since the start of the first film.  This marks the third time in eleven years that the same killer has come back and slaughtered a good portion of the town.  Why have people not packed their bags and headed elsewhere?  Did Michael and the hobo in the shack have heart to heart talks in the year they lived together?  Did Loomis give Michael driver’s education lessons when he was originally locked up?  If not, how does Michael know how to drive a car?  We’ll never know…

This transfer is on about the same level as the previous Blu-ray.  It’s not breaking any ground, but it’s watchable and won’t get any better.  Blacks are a little soft on this one, which kinda hurts during the night time sequences, of which there are many.  No artifacting or aliasing were noticeable to me, however.  There’s a little grain in the transfer, but admittedly it adds to the ambiance of making it a late 80’s slasher film. 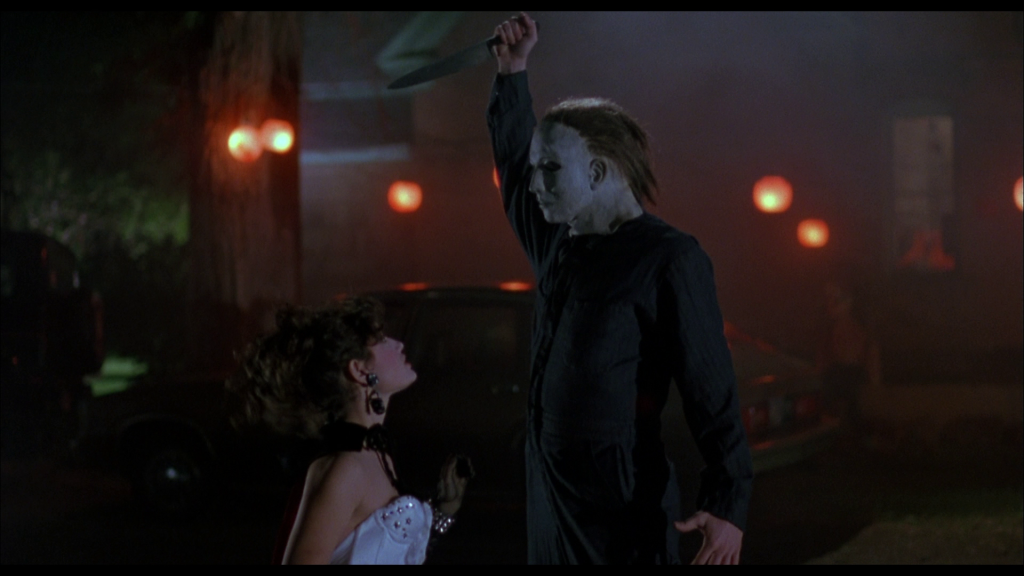 Again, another serviceable soundtrack.  This one is better than the previous installment, though.  Levels sounded balanced, dialogue was sharp and clear, volume on my sound setup was adjusted minimally, subwoofer didn’t pound its way through my floor.  Dolby TrueHD 5.1 was on point this time around.

The special features aren’t that great this time around, but Halloween 5 does at least offer something.

Two commentary tracks start us off, first with actor Don Shanks and author Justin Beahm, the second is with director Dominique Othenin-Girad and actors Danielle Harris and Jeffrey Landman.

Halloween 5: On The Set is 16 minutes of raw behind the scenes footage with cast interviews sprinkled therein.  Skip it.

Closing us out we’ve got a 30 second theatrical trailer. 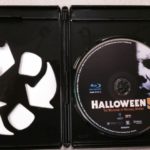 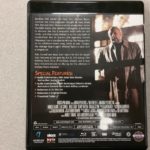 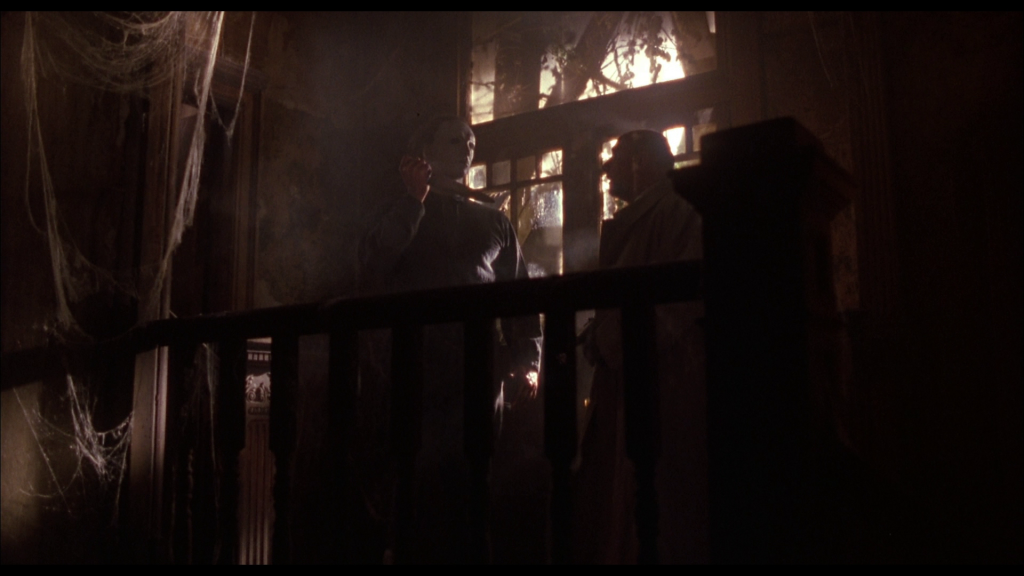 The series is starting to stagnate at this point and attempts to copy other slashers are pretty apparent.  That’s not to be said that Halloween 5: The Revenge of Michael Myers doesn’t have a few grains of originality left, but it doesn’t seem to be enough to keep the series on the rails.  As one of the flagship horror franchises, you can expect the quality from each offering to vary to a certain degree, and the fans will keep coming back, myself included.  As per usual, you can find this in the 10 Disc Complete Collection or the Limited Deluxe Edition, which appears to have gone out of print as of this writing, but can still be acquired reasonably.