Each title in the set merits its own review, and continuing the series, today we’re looking at the series’ return to its roots with Halloween 4: The Return of Michael Myers.

Part one of the series can be found here, part two here, and part three.

After a single film hiatus, Michael Myers and Doctor Loomis have returned for the fourth installment of the Halloween franchise with some quick hand waving about how they both survived the explosion at the end of Halloween II.  It’s now 1988, and a scarred Loomis wards over a comatose Michael to ensure he doesn’t wreak havoc again, until the order comes to have Michael transferred to a new facility.  Of course, Michael escapes and makes a bee line back to Haddonfield, the town finally healing after his rampage a decade earlier.

Loomis, ever the Captain Ahab to Michael Myers’ Moby Dick, is soon after him and the chase continues.  Laurie Strode isn’t with us in this timeline anymore, having been killed in a car accident, but she left behind a daughter, young Jamie, who becomes Michael’s new target.  I have to stop at this point and ask what Michael’s endgame would be had he actually killed Laurie OR Jamie in any of the films?  Would he stop?  Is he just content to try and end his own bloodline?  We’ll never really know…anyway, I digress. 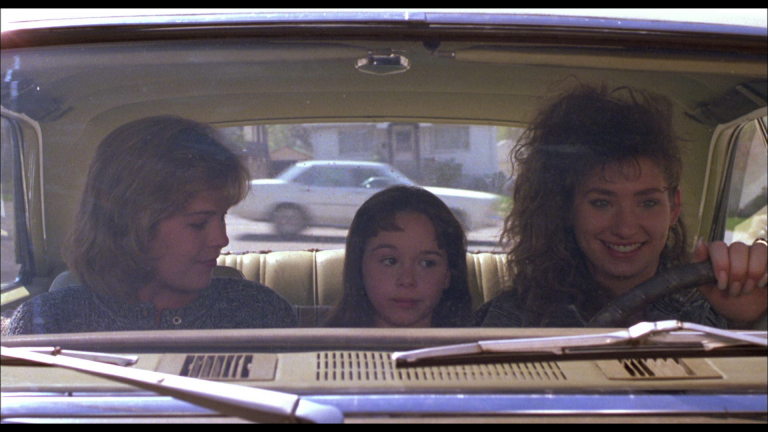 For all intents and purposes we’re watching a remake of the first film, which after having to endure the third installment is a welcome blessing.  The series has again evolved from its original, opting for more gore and violent kills akin to Halloween II instead of the suspenseful torment John Carpenter’s Halloween had to offer.  Halloween 4 works on all the levels it’s supposed to, but never tries to be anything it isn’t.  Donald Pleasence again nails Sam Loomis, a man who’s given his entire life to try and stop Myers’ rampages, and constantly fails.  He brings a sense of powerlessness to the role this time, partially from being disfigured and partially from actually knowing every attempt at stopping Myers he makes is futile.  It’s probably best summed up in an early scene where Loomis stops for gas and finds the grisly aftermath of a visit from Michael.  Gun drawn, Loomis walks into the diner portion casually, until he sees his target in the kitchen and attempts to offer himself as a victim in exchange for the citizens of Haddonfield before painfully decreeing “God damn you!” while shooting at him.

Halloween 4 can’t be discussed without mentioning Danielle Harris’ Jamie, who quickly becomes the series fourth iconic character.  It’s rare that a child actor in a horror film can be empathized with because they’re usually so poorly portrayed that you hope the killer gets them, but Harris gives a vulnerable charm to Jamie that makes you want to hug and protect her from the Boogeyman. 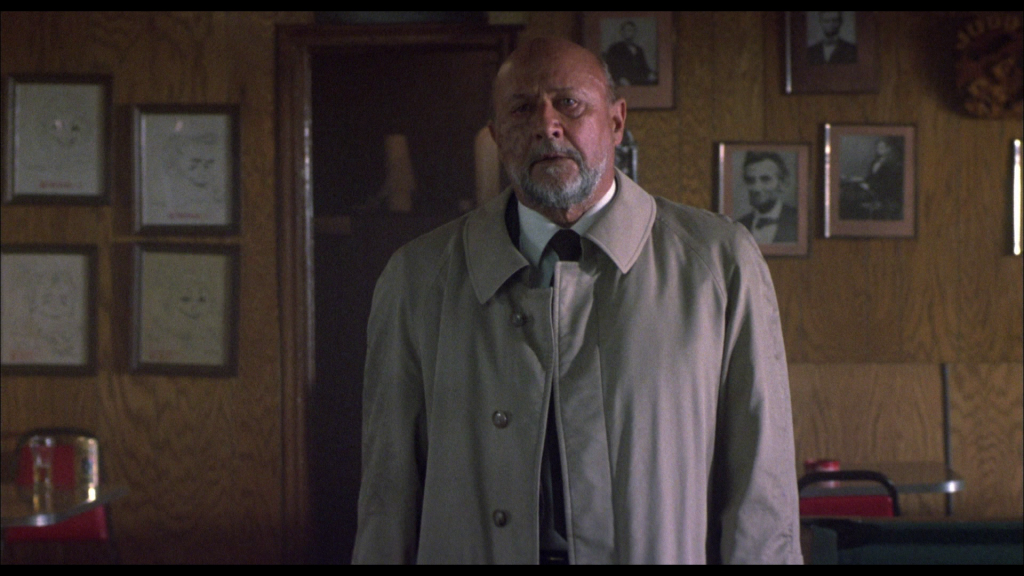 Sans the first installment, it seems like none of the subsequent films have had any restoration work on the transfers.  That being said, Halloween 4 is watchable, and the presentation on the Blu-ray is obviously superior to the DVD, however it lacks the “pop” the format is truly capable of.  The image is a little washed out, but no compression artifacts or aliasing was present.  It won’t win any awards and the transfer is about as mid-range as you can get.

The Dolby TrueHD 5.1 is a little loud at times, drowning out dialogue and punishing my subwoofer a bit unnecessarily.  Keep the remote handy, because you’re going to keep having to adjust the volume on this release.  We do get our iconic John Carpenter piano them back this time around, however, so there’s still much to be happy about. 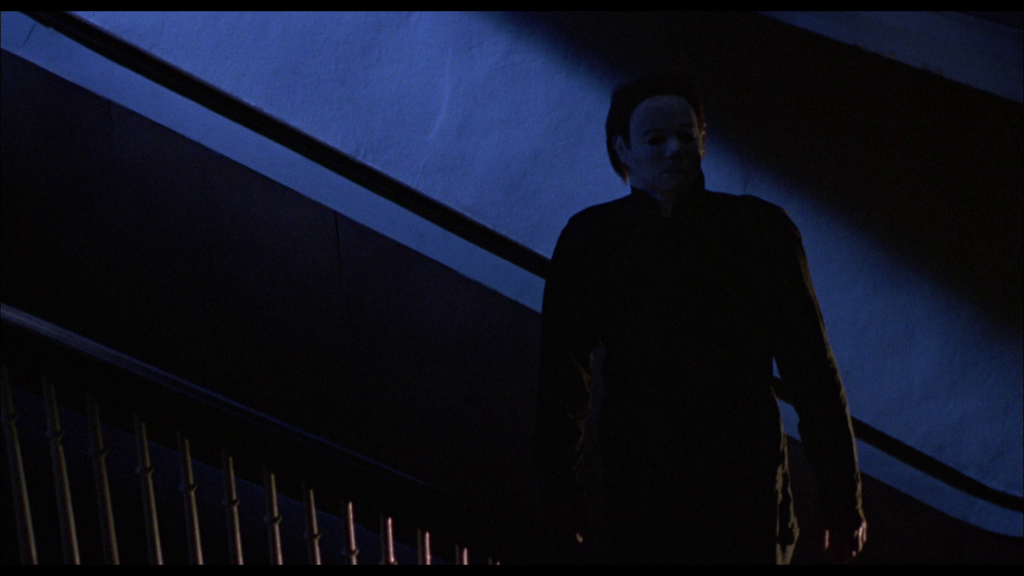 Surprisingly, Halloween 4 is lacking in the special features department.  We’ve got two commentary tracks, one with Ellie Cornell and Danielle Harris that discusses the film, the franchise, and production insight.  It’s an enjoyable commentary and one I’ll probably listen to again.  The second commentary is with director Dwight Little and author Justin Beahm and it’s a little more technically, going into casting and solid behind the scenes anecdotes.

Aside from the trailer, that’s it.  I feel like Scream! Factory missed an opportunity with this release, given the vast amount of supplemental material from the previous entries in the boxed set. 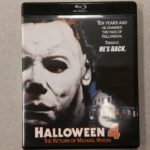 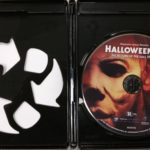 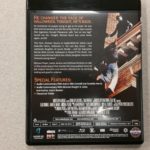 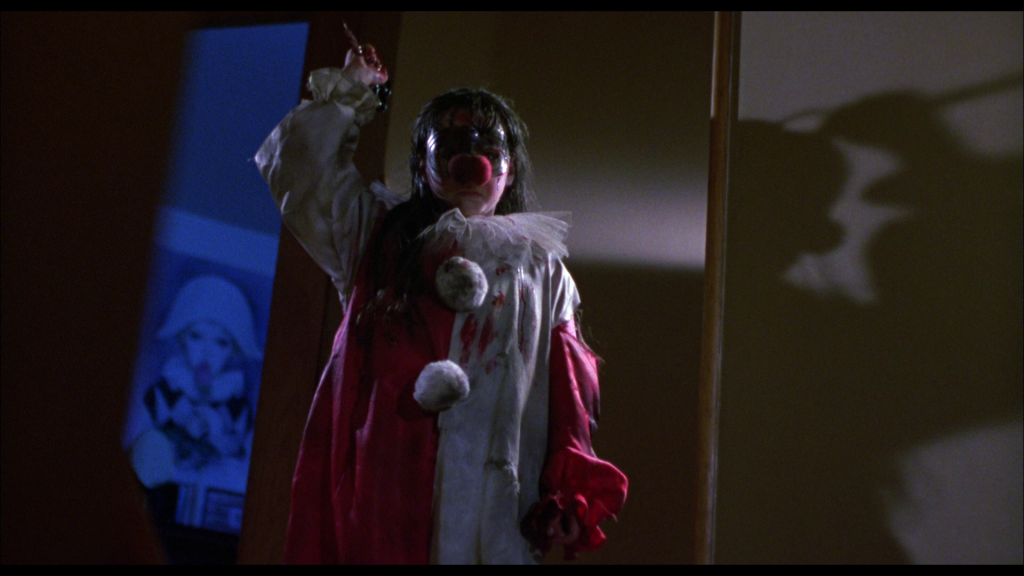 What we’ve got here is almost a total reversal of what Halloween III: Season of the Witch had to offer; a poor film with a nice supplemental package.  Halloween 4: The Return of Michael Myers is a solid film with hardly any attention paid to it on the back end.  For a comprehensive boxed set it does weaken the package a bit, but some extras are better than none I suppose.  As per usual, you can find this in the 10 Disc Complete Collection or the Limited Deluxe Edition, which appears to have gone out of print as of this writing, but can still be acquired reasonably.