Hacksaw Ridge is a 2016 biographical war drama film about the World War II experiences of Desmond Doss, an American pacifist combat medic who was a Seventh-Day Adventist Christian, refusing to carry or use a weapon of any kind.  Doss became the first conscientious objector to be awarded the Medal of Honor, for service above and beyond the call of duty during the Battle of Okinawa.

Directed by Mel Gibson and written by Andrew Knight and Robert Shenkkan, based on an earlier documentary about Doss, the stars Andrew Garfield as Doss, along with Sam Worthington, Luke Bracey, Teresa Palmer, Hugo Weaving, Rachel Griffiths and Vince Vaughn in supporting roles.  Originally making its US theatrical debut on November 4, 4016, the film received positive reviews from film critics.  Opening alongside Doctor Strange and Trolls, Hacksaw Ridge was projected to gross around $12 million from the 2,886 theaters that was playing it during opening weekend and was expected to play very well among the faith-based demographic in the Midwest and Southern portions of the United States.  It went on to make $15.2 million during its opening weekend and finished third at the box office.  The debut of this film was on par with the $15 million opening of Gibson’s last directional effort in Apocalypto in 2006.  In its second weekend, it grossed $10.8 million and finished 5th at the box office. 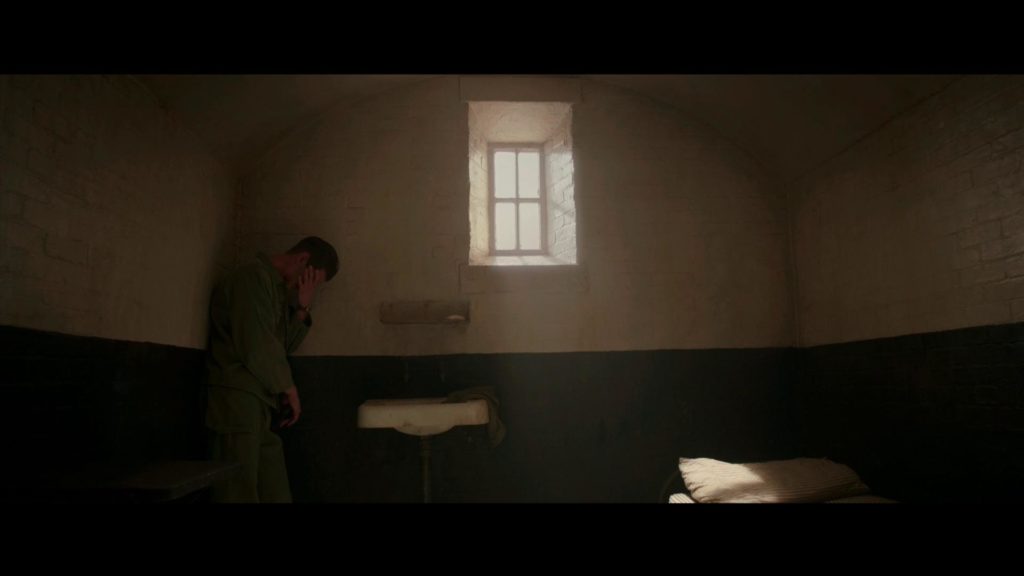 Right from the first teaser trailer that was released, I knew that Hacksaw Ridge was a film that I wanted to see.  Unfortunately I didn’t get the opportunity to see this film during its theatrical run, but immediately knew that I would be grabbing this the day it came out and I am absolutely glad that I did.  While this movie isn’t what I would consider to be close to any of the classic war films like Full Metal Jacket or Apocalypse Now, I knew as soon as I hit play on my player that I was getting ready to watch a considerably great war film.  Everything from the acting to the story line and even the camera shots of this release really stood out and did a fantastic job at telling the story of Doss’ experience in the military.  Andrew Garfield’s performance as Doss was beautifully done and after watching through this film tonight, I can completely understand why Hacksaw Ridge has been nominated for Best Picture and I can guarantee that this is one that I am hoping will win some solid awards at the 89th Academy Awards. 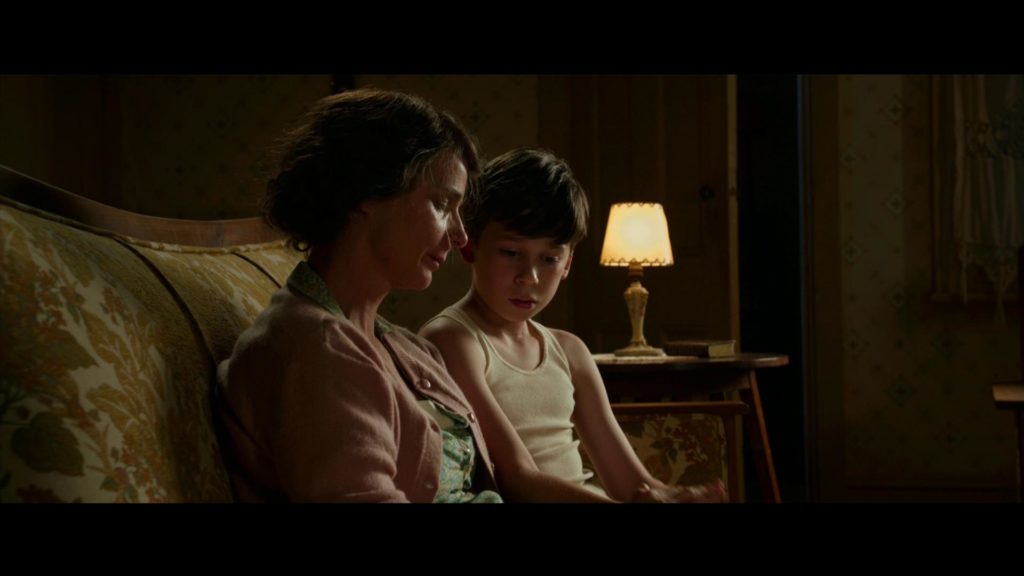 This particular war drama absolutely shines in 4K UHD.  Watching through Hacksaw Ridge, the picture quality with its shining use of HDR really allows this film to feel extremely real and offers as much of an immersive experience as possible for those who are utilizing 4K with HDR.  One of the most outstanding scenes of this release was when the sun’s early morning rays overlook the battlefield and cover the aftermath of the previous day’s battle.

Originally shot on the Arri Alexa and Red Epic Dragon cameras at near 4K resolution, the digital photography displays extremely sharp definition in every scene.  Every single stitch, every single thread on the uniforms is noticeable, allowing viewers to be able to visually make out the different types of fabric that was used.  The absolute smallest piece of debris, fragment and rubble is extremely detailed, and absolutely every minute detail is plainly visible. 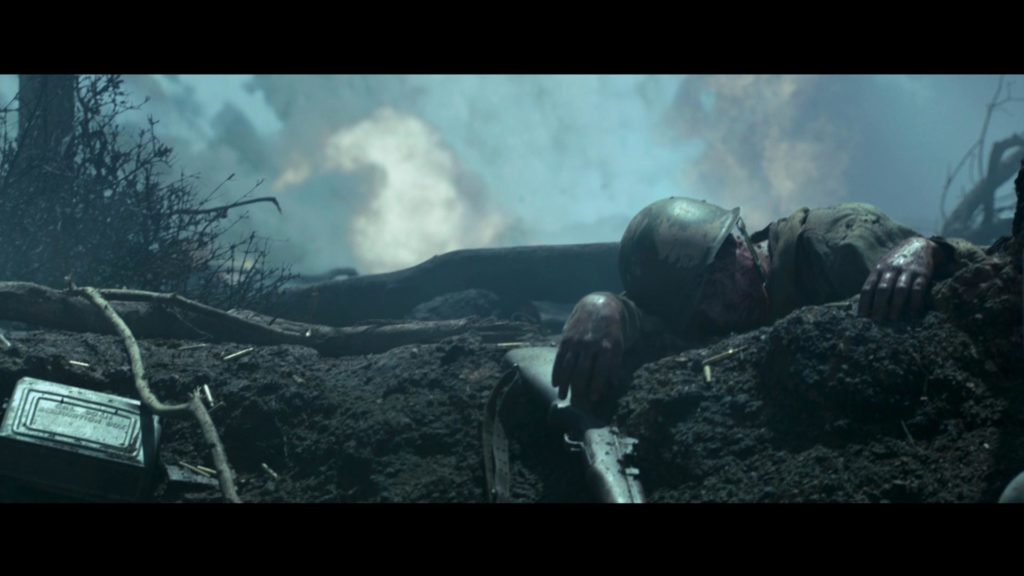 Hacksaw Ridge hits home worthy with a considerably notable Dolby Atmos audio track that puts home audiences right into the middle of the action.  Opening the film with a graphically violent sequence of pandemonium, filling the room with the terrifying sounds of combat, audiences can really gain an understanding of what war is like without actually being a part of the battle.  Making full use of the elevation aspect of the audio spectrum, audiences are able to audibly hear every little bit of wildlife as the soldiers are marching through the battlefield.  Hearing rounds fly from all possible angles, the wildlife making their natural sounds in the background, Hacksaw Ridge certainly makes use of all of the speakers on an Atmos setup offering an immersive 360-degree field of audio.  Even with the explosions during the battle sequences offered a powerful shake to my houses foundation as it roared through my SB-2000 subwoofer from SVS Sound; it was loud enough that it really scared the hell out of my dogs. 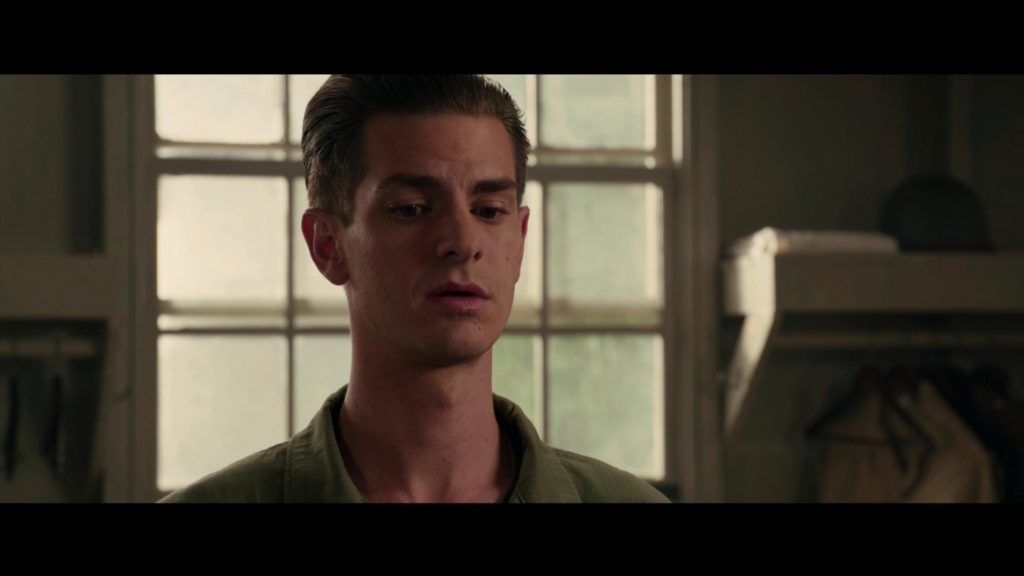 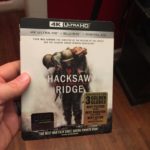 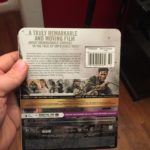 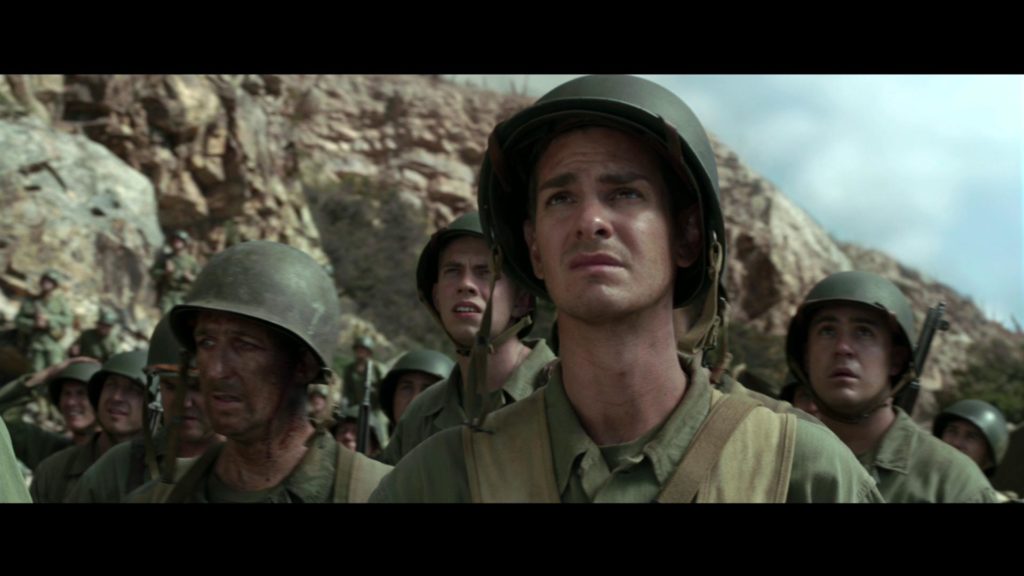 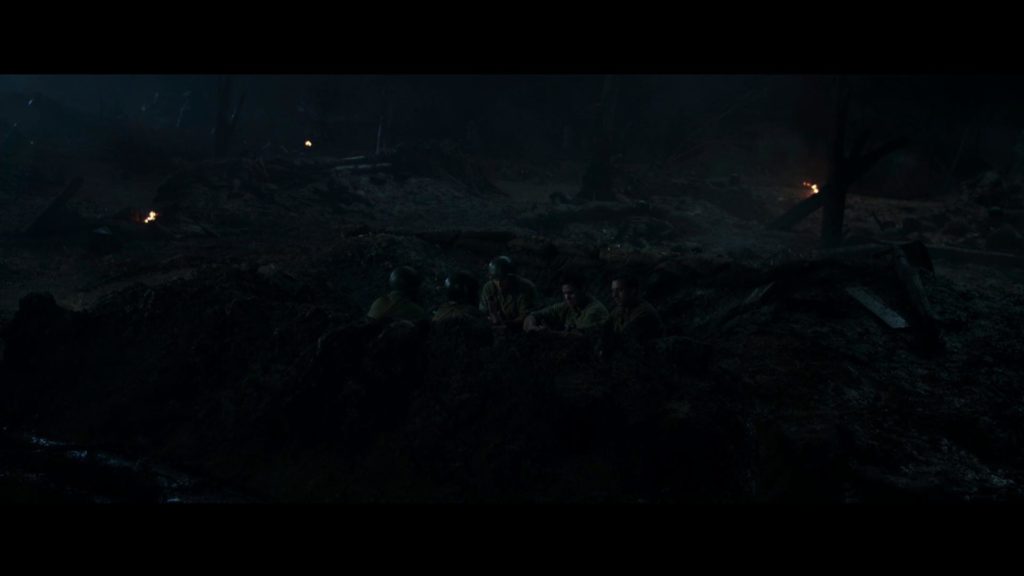 I’m going to be brief with this section because I wrote a significant amount above.  Hacksaw Ridge on 4K UHD is definitely a release that you must get.  Even if you aren’t currently equipped to utilize the technology and are planning to eventually upgrade, this movie absolutely shined on my TV with its use of HDR.  Making every aspect of military training to war feel absolutely real, it is worth every dollar you could spend on this release.  Not only with its beautiful picture, but its use of Dolby Atmos to offer an immersive experience for consumers was beyond words.  Sure, the release is a little lacking on the additional content; but the included documentary was just enough for me to personally explore this film further.  If you’re on the fence about getting this movie, stop thinking about it and just order it now. 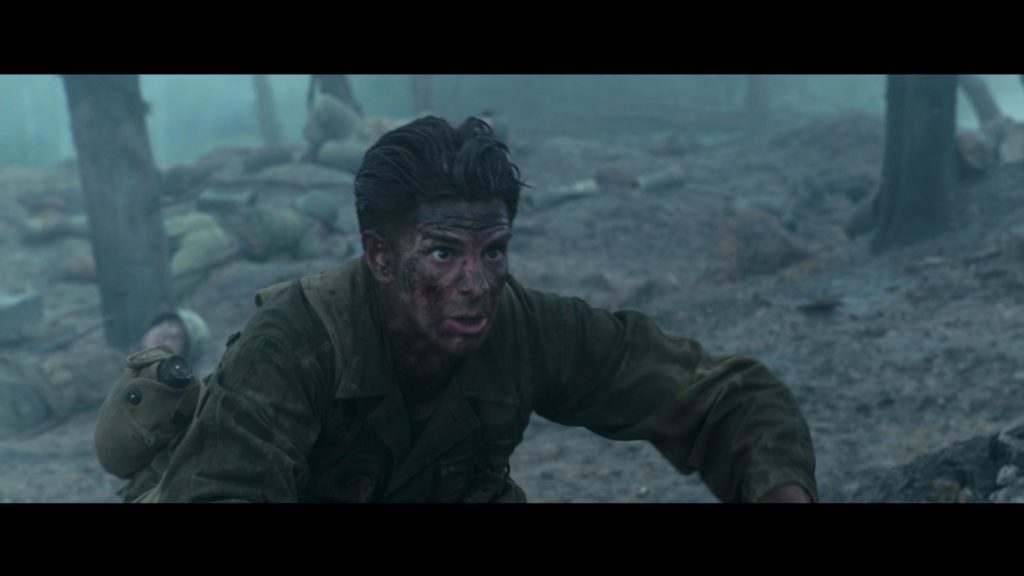