Gun Shy is a 2017 British action comedy film that was directed by Simon West and features Antonio Banderas as the title character. Following Turk Henry, he’s a mega platinum rock star who’s married to a supermodel and is rich beyond his wildest dreams. While on vacation in Chile, his wife is mysteriously abducted by a group of renegade, ship-less pirates. And with a little bit of assistance from local authorities, he is forced to embark upon a mission to rescue his wife. With life skills that are better suited to playing bass, playing the field and partying, he is forced to make his way through deadly jungles and take on ruthless bandits in a hilarious, action-packed romp. 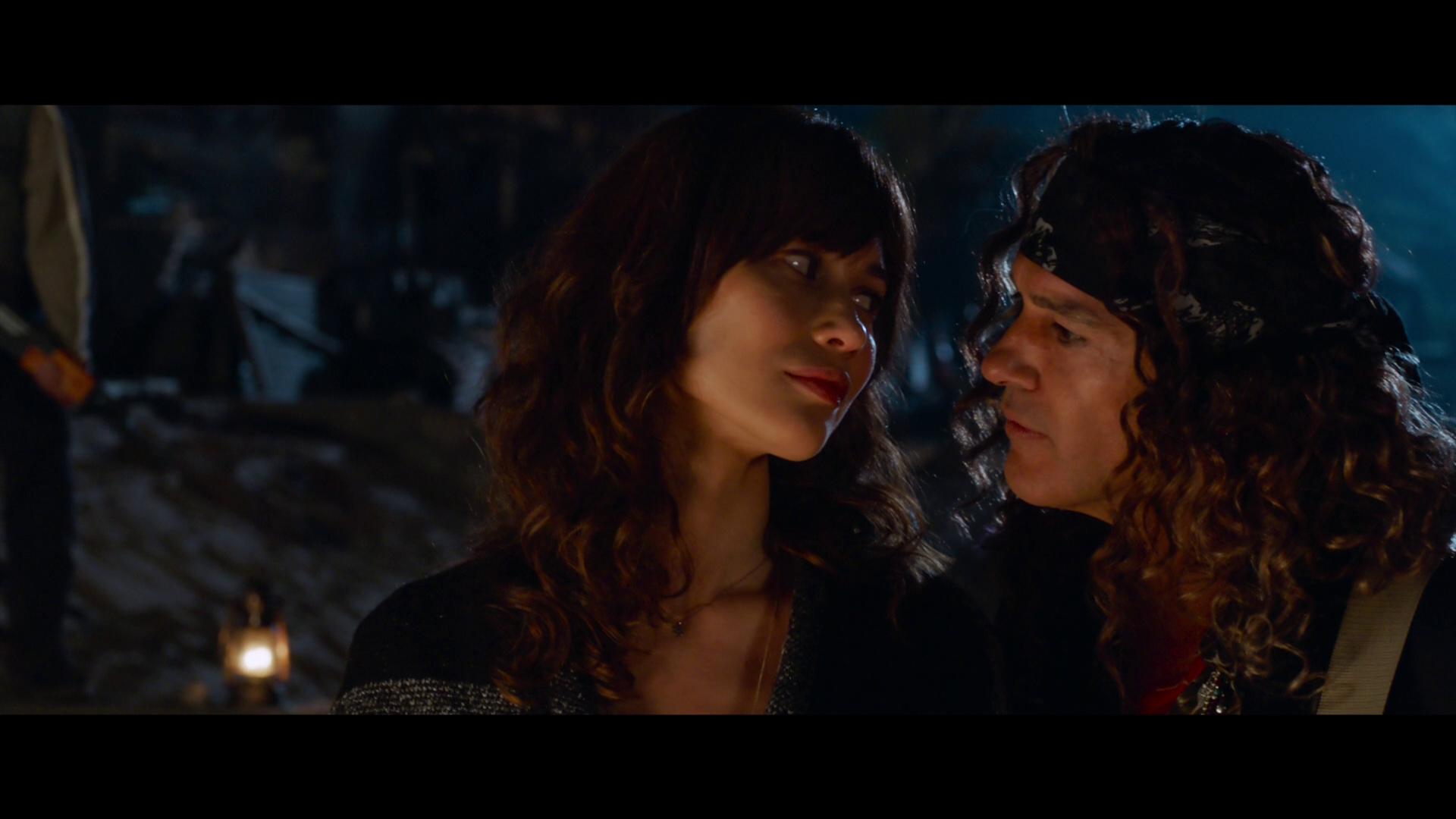 Gun Shy is a unique film that, personally speaking, I never would’ve expected to come out at all.  Overall, the experience that we’re given with this movie is one that is not only serious as Turk does what he needs to do to find his wife and save her; but the concept and story are taken lightly among everyone as there’s quite a few comedic pieces sprinkled throughout.  Overall, the story itself wasn’t too bad.  There were some pieces that my wife and I both found to be slightly obnoxious but that’s a result of the comedy and really weird innuendo that Banderas and crew have as they venture onward.  Some of the comedic aspects were funny and made us laugh, while some felt as if they were forced.  The story that we’re given with this movie is a decent one and it does hold up very well throughout. 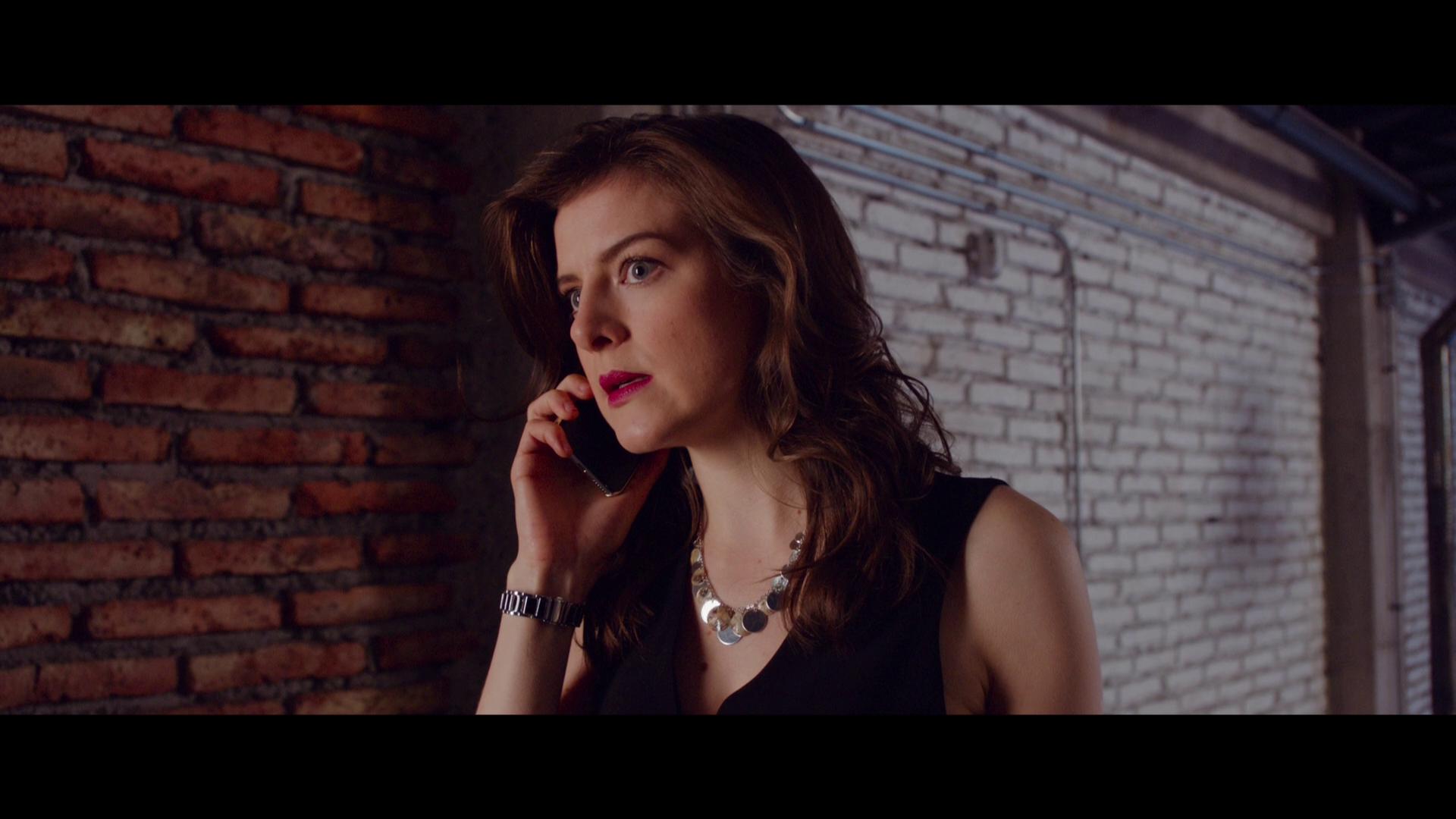 Presented in 1080p, Gun Shy looked absolutely beautiful on our living room television.  Offering not only a vast color palette, but some really sharp and beautiful images as the cast are navigating their way through the jungle and beaches of Chile.  In fact, some of the beach scenes in this film were very reminiscent of some of those travel agency commercials as they advertise reasonably priced getaways as they made my wife and I really want to start planning a tropical vacation. 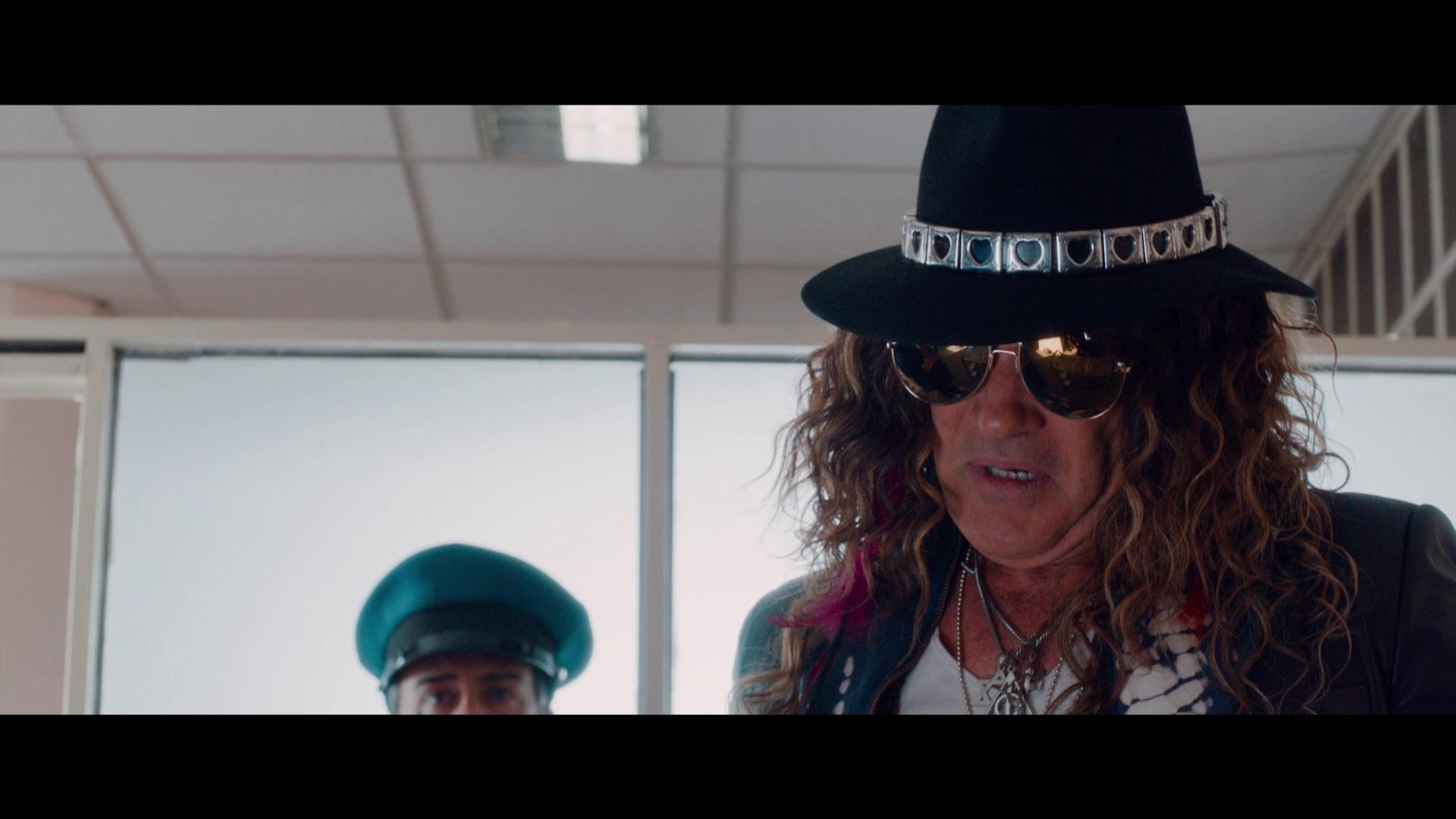 Bundled with a DTS-HD Master Audio 5.1 audio track, Gun Shy makes absolutely every attempt that it can to offer an immersive experience for those watching.  Making use of each available channel within the track, it does a decent job at placing its audience right in the middle of the action and overall silliness of the characters at hand.  Unfortunately, there wasn’t any really notable pieces that stood out with regard to the immersion, but the quality of the sound was nicely done and for the most part, my wife and I could hear and understand almost everything.  The only thing that we had any complaint with was the overall volume levels of Banderas’ character.  I know he’s often a soft spoken individual, but there could’ve been a better microphone or work done in the editing chambers to make his dialogue cleaner and more robust.

Gun Shy comes packaged in your standard single disc Blu-ray amaray case.  Within that case is the standard Blu-ray copy of the film.  The disc art does feature artwork that is very similar to that of the case art.  Unfortunately, there are no DVD copies of the movie included, however there is a digital copy redemption pamphlet included.  There is also a slipcover that’s been made available during the initial pressing of this release. 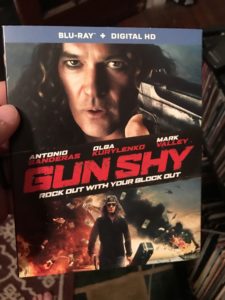 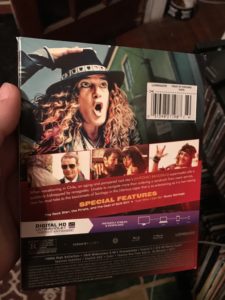 Unfortunately, Gun Shy is very barebones when it comes to additional content.  Sure, there are a few items that allows consumers to explore the characters further, but nothing that really shows any of the work that went into making the film.  Included with this Blu-ray is: 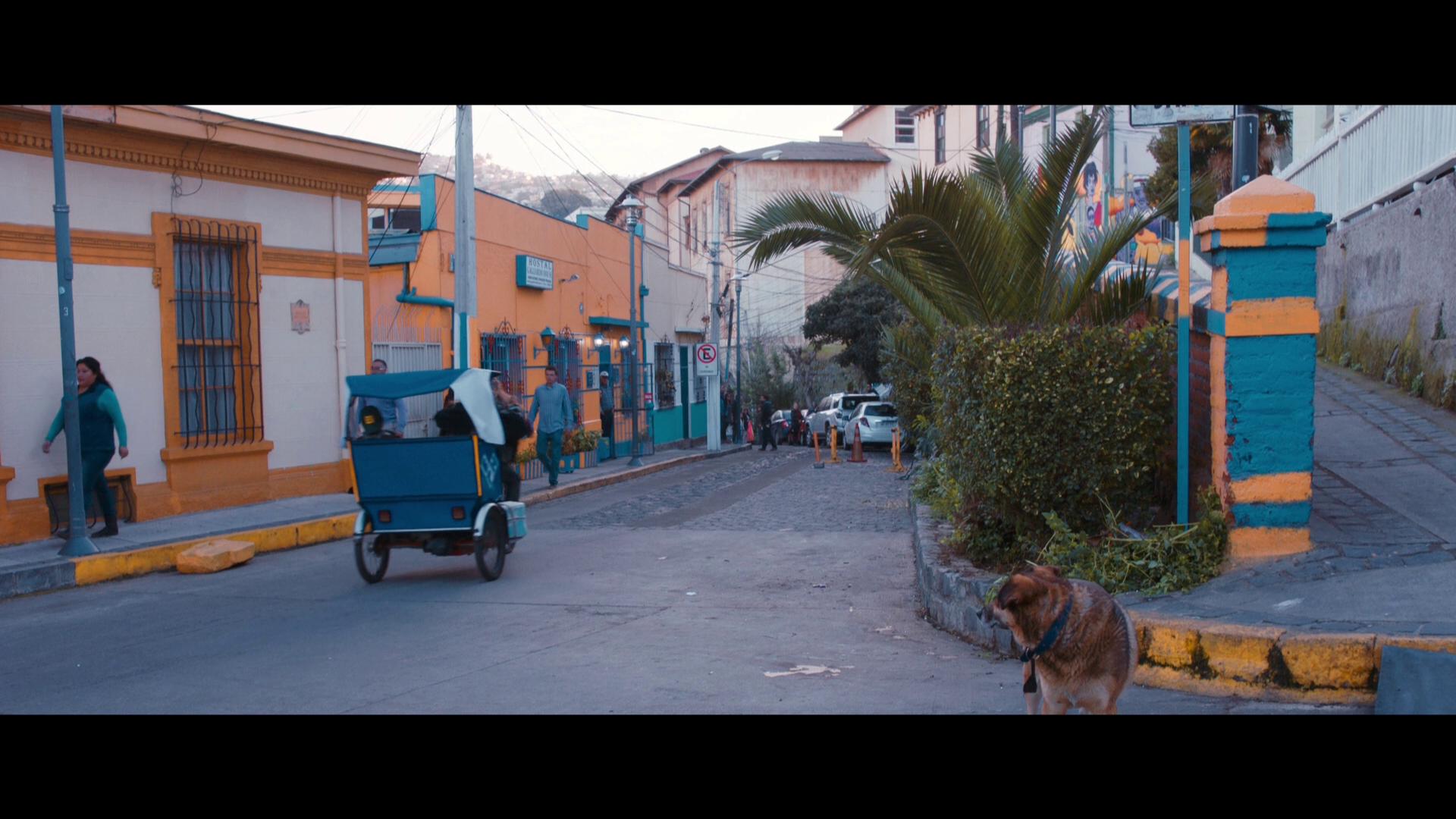 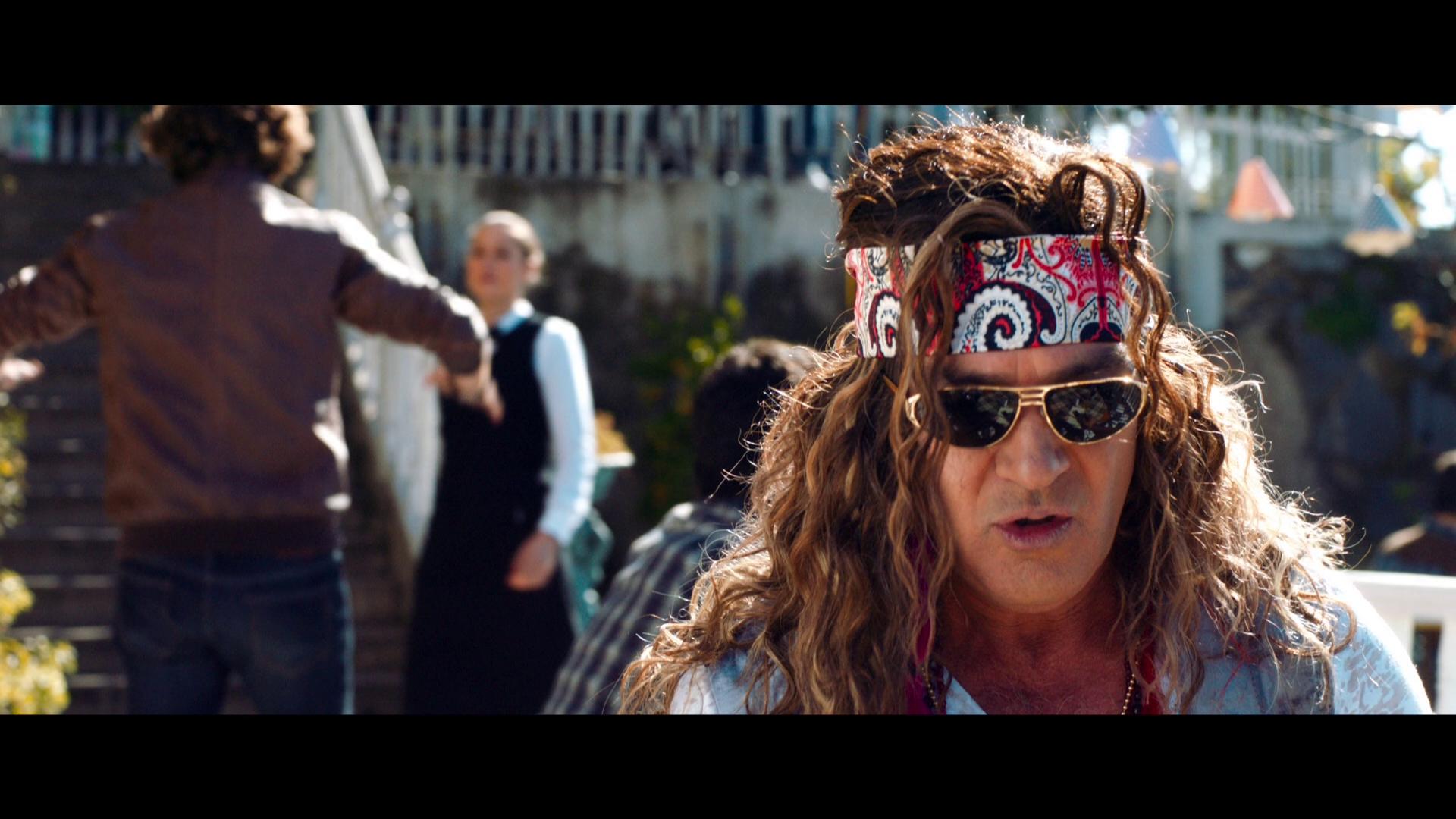 Generally speaking, Gun Shy wasn’t too terribly bad.  Sure the comedic portions of it felt a little bit off, but then again, a lot of British comedy differs greatly in comparison to a lot of the comedies that are released domestically.  The overall story that we’re given with this film is okay and it is holds up very well throughout; despite the overall goofiness (I mean, the films tagline is Rock Out With Your Glock Out).  The visual presentation at hand is very clean, crisp and clear and offers a beautiful view of the beaches of Chile.  The audio, while for the most part is clean and clear, there are definitely some issues with Antonio Banderas’ characters dialogue as he is certainly too soft spoken in this film.  Special features on this Blu-ray are minimal and sadly do not show any work that went into making this film.  The additional content that is provided does allow consumers to explore the cast and characters further, which is a nice touch.  If you’re interested in picking this film up for your collection, I can only recommend grabbing it if you are able to approach it with an absolutely open mind, love British comedy and have an ample audio system to compensate for the lower levels in Turk Henry’s speech.  Gun Shy will be available for purchase on November 7, and is available for preorder now. 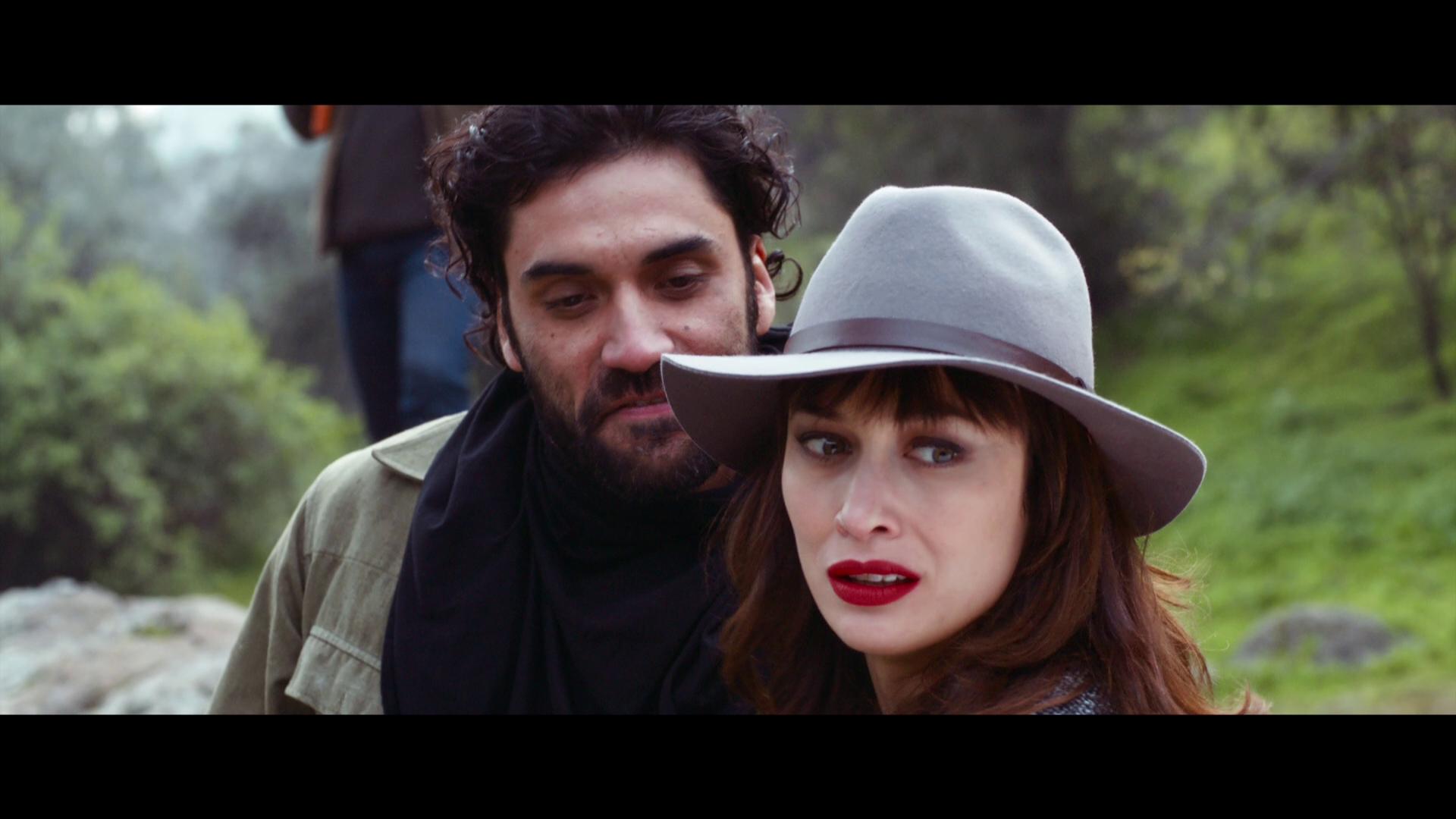