Groundhog Day is a 1993 American fantasy-comedy film that was directed by Harold Ramis, and stars Bill Murray, And McDowell, and Chris Elliot. It was written by Ramis and Danny Rubin, and is based on a story by Rubin. Murray plays Phil Connors, an arrogant Pittsburgh television weatherman who, during an assignment covering the annual Groundhog Day event in Punxsutawney, Pennsylvania, finds himself caught in a time loop, repeating the same day again, and again, and again. After indulging in hedonism and committing suicide numerous times, he begins to completely re-examine his life and his priorities.

On its release, Groundhog Day was a modest success and garnered generally positive reviews from critics and audiences. It did gain a stronger appreciation among critics and film historians over time, and is now often listed among the best comedy films ever made. It further entered into the publics consciousness, where the term “Groundhog Day” can represent a situation that seems to repeat itself over and over in government and military arenas, as well as influencing other entertainment. In 2006, the film was added to the United States National Film registry as being deemed “culturally, historically, or aesthetically significant”. A stage musical version of the story made its premier in 2016. 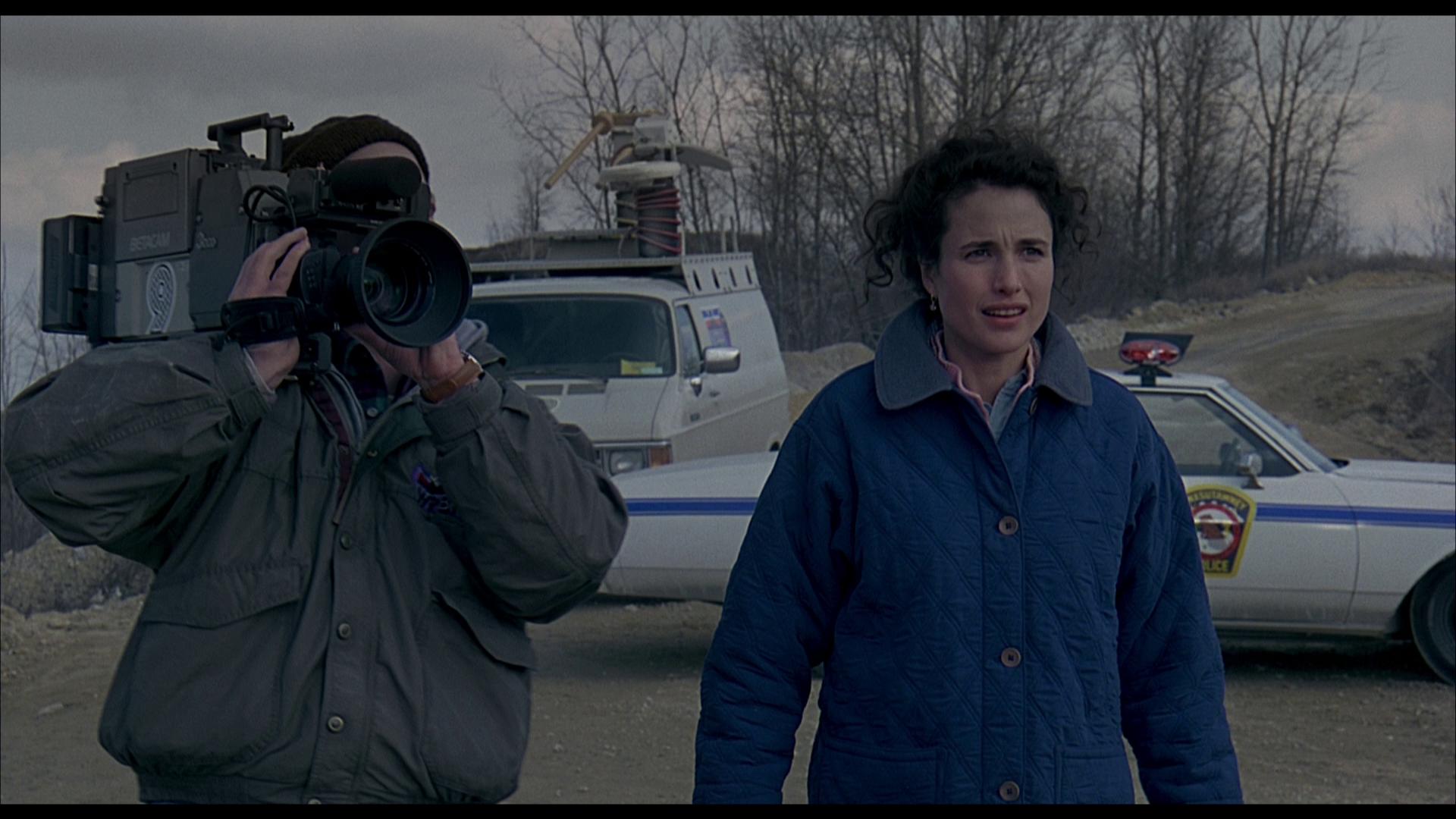 Groundhog Day is one of those all time classic comedy films that almost anyone can sit down without a care in the world and share a few laughs among those who have either seen it or those that they are watching it with.  Featuring Bill Murray at the height of his career, he plays the role of someone who is stuck in some odd time/space paradox that forces him to relive the infamous holiday every day; and once he realizes what he can get away with, he takes complete advantage of it.  There really isn’t much else to say about the movie other than if you have not seen it, and you enjoy Murray’s earlier works, you really need to rectify that. 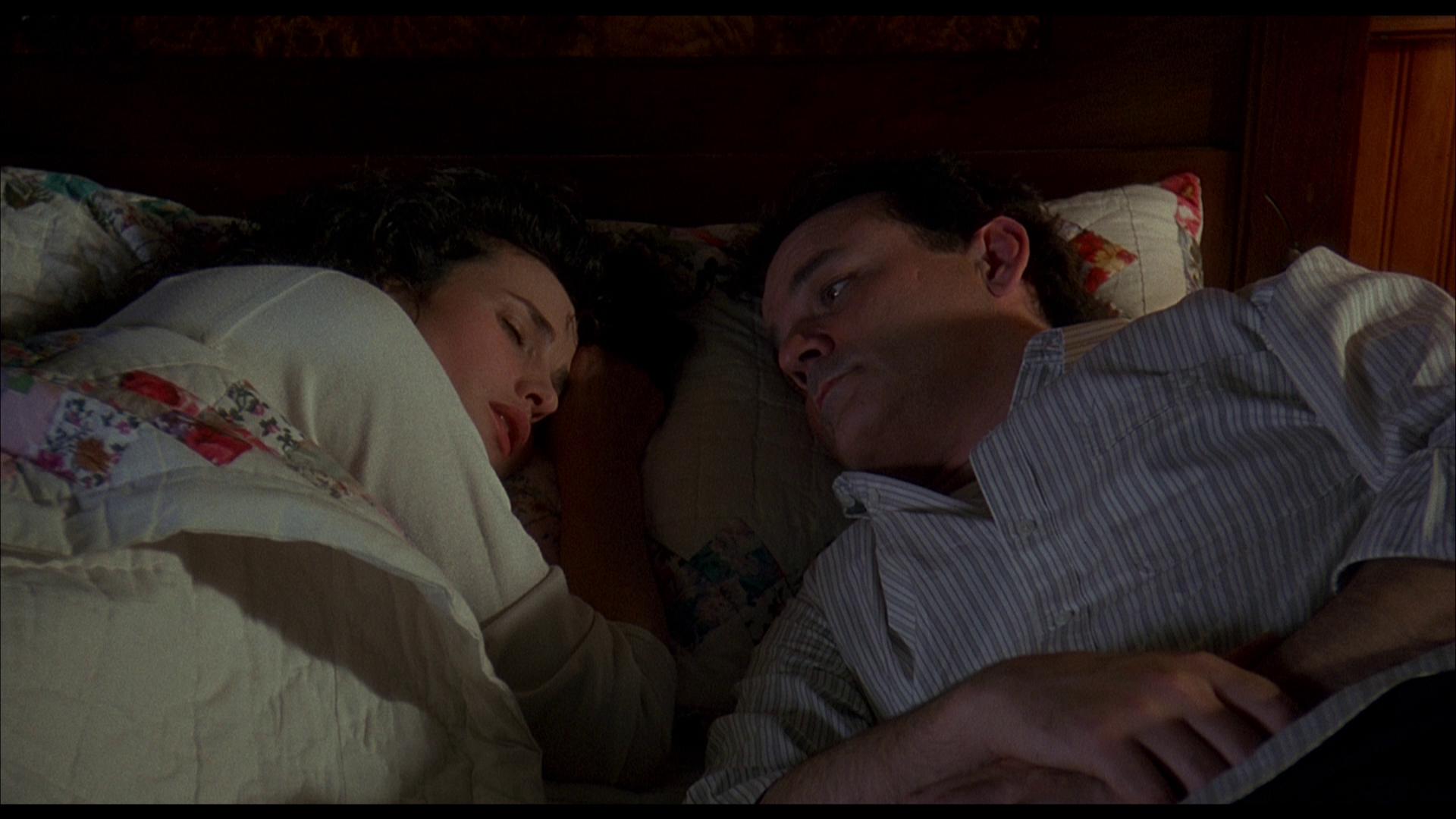 Surprisingly, the 4K UHD copy of Groundhog Day looked absolutely beautiful as it played out across my living room television.  Considering the horrible experience that I had previously had with the 4K UHD release of Jumanji, I had some hesitation.  But, the work that the production crew into this particular remaster really made this classic shine.  Its use of HDR and color boosting wasn’t too over done, really allowing it to visually present itself just like it did back in the day.  Or at least how our minds interpreted the visual presentation in the early 90s. 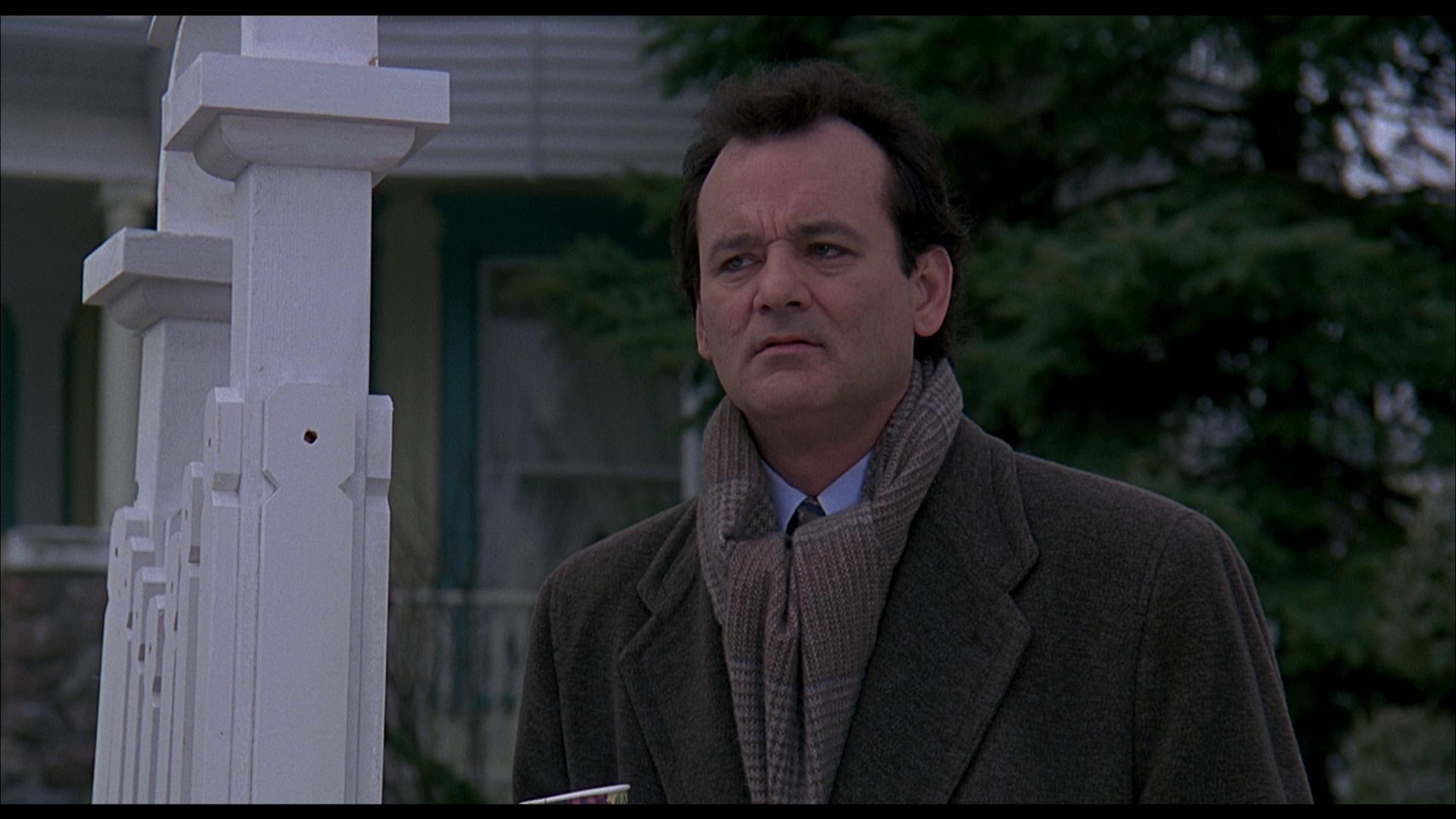 Packaged with an English Dolby Atmos audio track, Groundhog Day offers an all out immersive experience for its viewers that are able to make use of the audio technology.  Granted, the majority of the film doesn’t necessarily call for the inclusion of the elevation aspect, but it really is nice to see that they did when re-mastering the audio as it does a fantastic job at placing its viewers in the middle of everything.  The dialogue of this release is clean and completely understandable without having to manually adjust the volume levels at all. 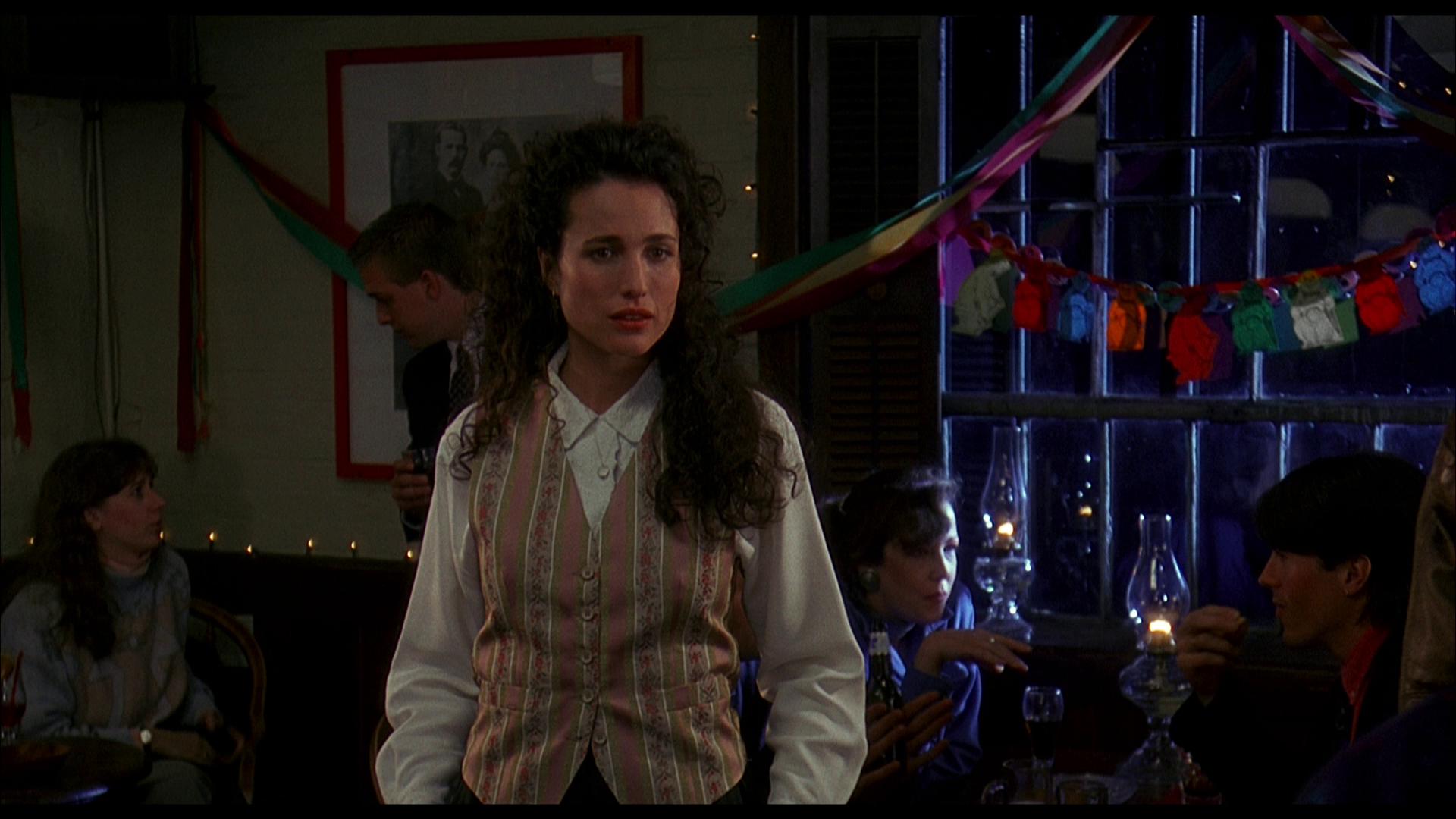 The 4K UHD release of Groundhog Day comes packaged in your standard two-disc 4K UHD amaray case.  Within that case is the standard 4K UHD copy of the film as well as the standard Blu-ray copy of the film.  Neither of the discs feature any artwork whatsoever outside of the standard release text, using the titular font for the movie title and blue or black background to the disc for each disc respectively.  A digital copy redemption pamphlet has also been included as well as a slipcover that’s been made available during the initial pressing of the release that features the same artwork as the case art. 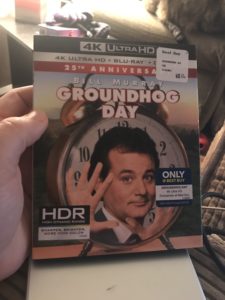 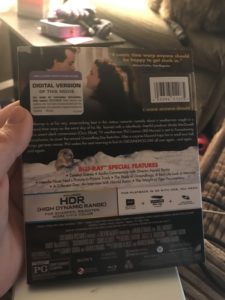 There’s a decent amount of additional content that’s been included with the 4K UHD release of Groundhog Day.   The material that’s included not only offers some of the behind the scenes work that went into the film and its promotion, but a further expansion on the story at play.  Included with this release is: 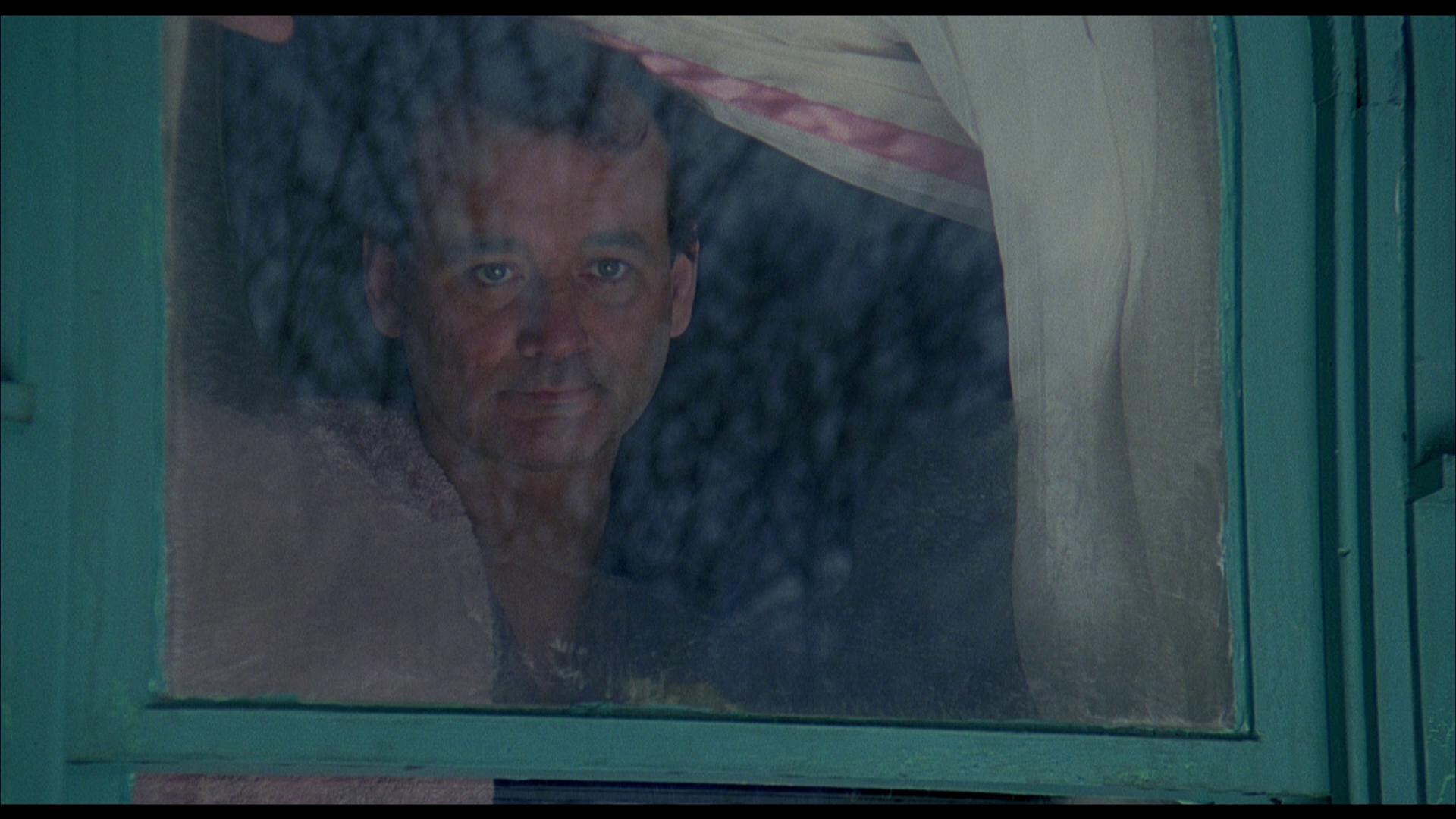 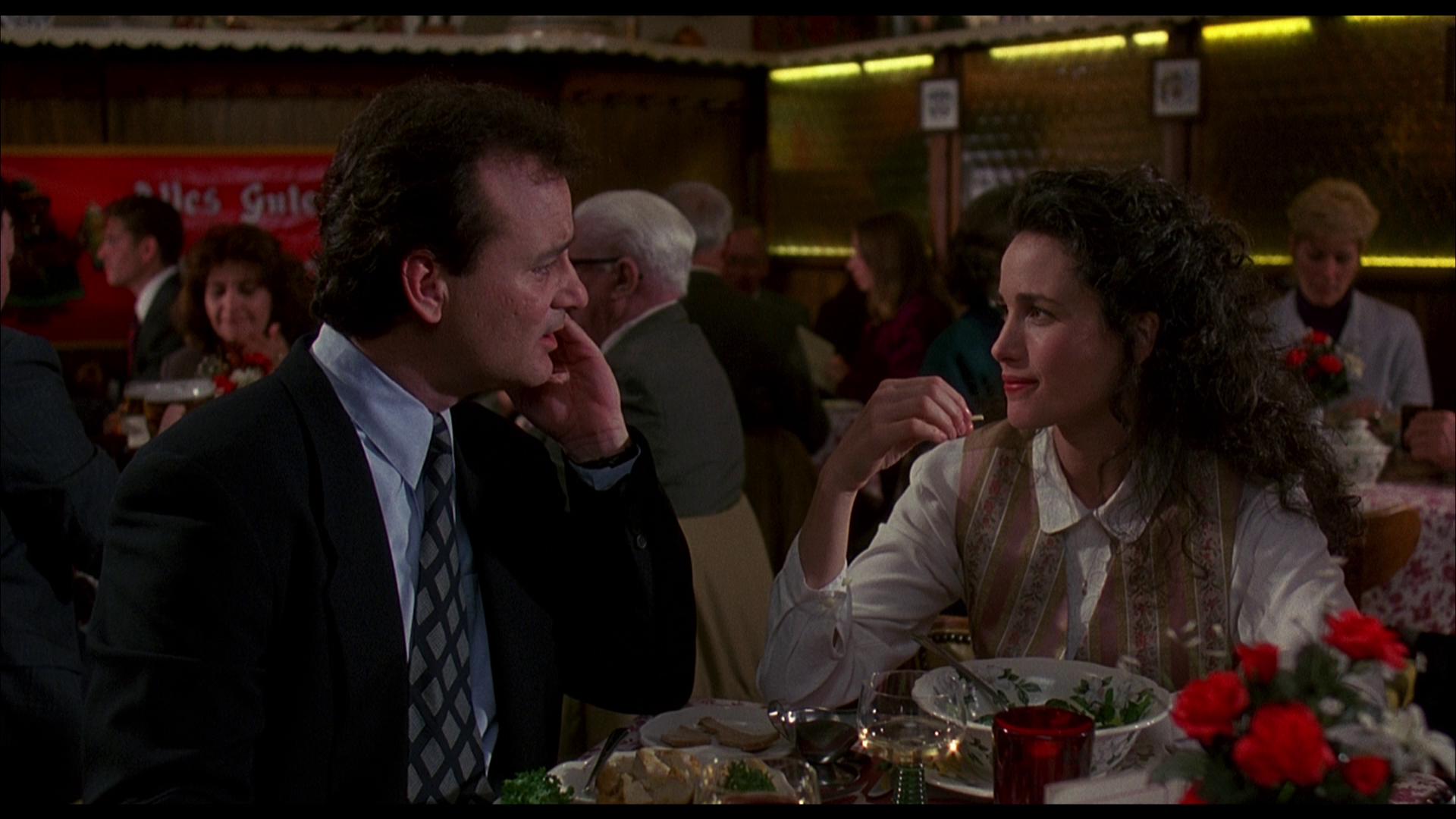 Overall, I’m really glad that I decided to pick up the 4K UHD copy of Groundhog Day.  Having previously owned this film on DVD, it was time to finally upgrade this classic.  The presentation that’s given with this release is clean and clear, and really offers a nice touch to celebrating the original release of this all time classic.  Featuring a completely remastered audio and video track, this release is simply beautiful.  While clean, I wouldn’t necessarily say that this release is a feature piece for a 4K collection; but it’s one of the better catalog releases that I’ve seen.  If you’re considering grabbing this release for your collection, I can only recommend it if you already do not own it on Blu-ray.  Groundhog Day is available as a Best Buy exclusive until April 22, 2018.  After that, it will be available from all other retailers. 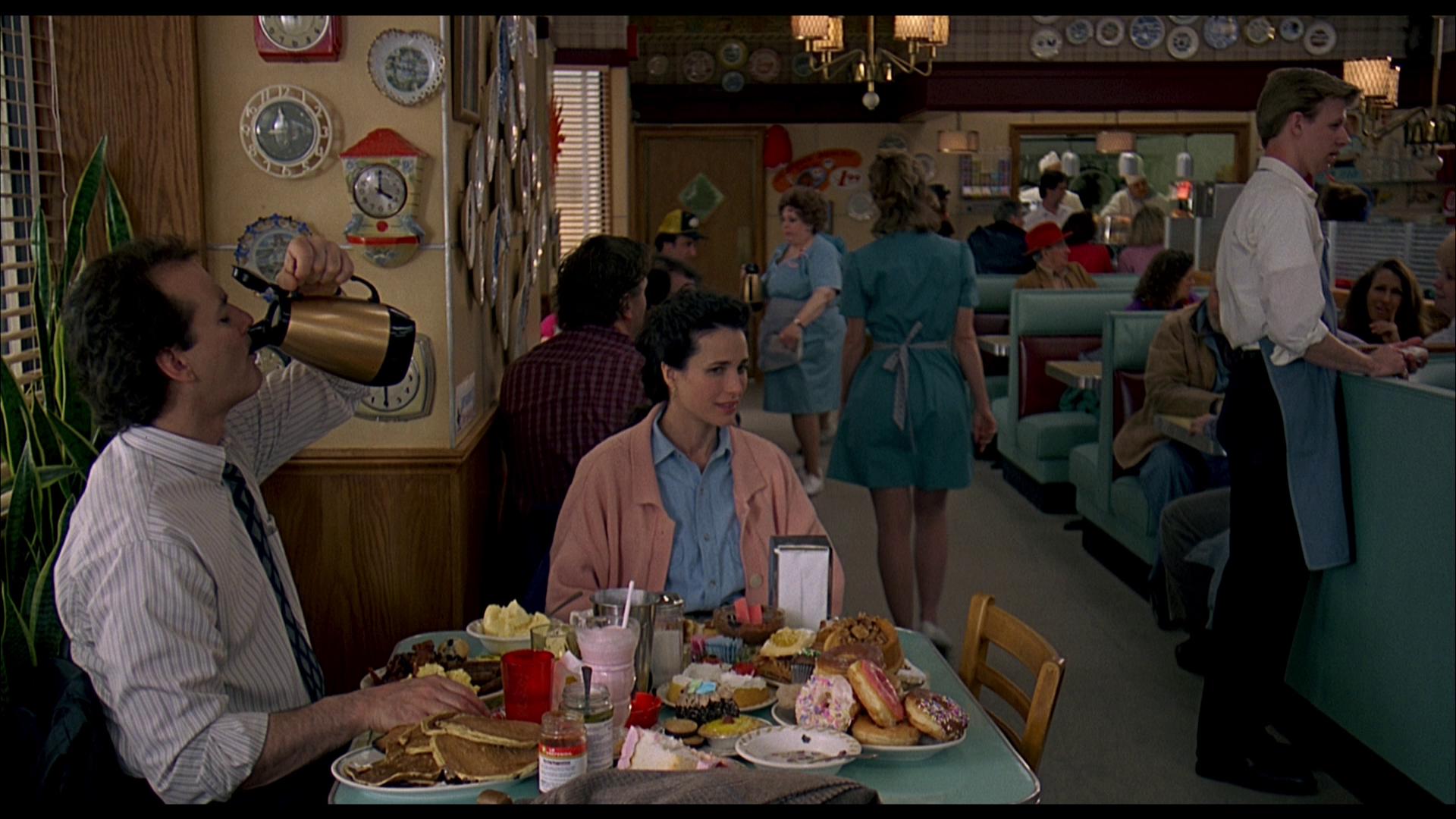