Gotti is a 2018 American biographical crime drama film that was directed by Kevin Connolly, and written by Lem Dobbs and Leo Rossi. The film is about the life of New York City mobster John Gotti and his son, and features John Travolta, Kelly Preston, and Pruitt Taylor Vince.

The film languished in development hell for several years with numerous directors and actors, including Barry Levinson and Al Pacino, attached at various points. Principal photography finally began in July 2016 in Cincinnati, Ohio and wrapped up in Brooklyn, New York in February 2017.

The movie was originally set to be released in the United States on December 15, 2017, but, just two wee prior, Lionsgate Films, the slated distributor, sold the film back to its producers and studio, delaying its release. On March 12, 2018, its new release date was announced for June 15, 2018 by Vertical Entertainment and MoviePass Ventures, after premiering at the 2018 Cannes Film Festival.

Gotti was universally panned by critics, who lamented the writing, the aesthetics, and the performances, although its use of makeup received some praise. Travolta’s performance received mixed reviews, and it is one of the few films to hold an approval rating of 0% on the review aggregation website Rotten Tomatoes.

The main theme from the film, “Amore”, performed by American rapper Pitbull and British singer Leona Lewis, was released on June 15, 2018. 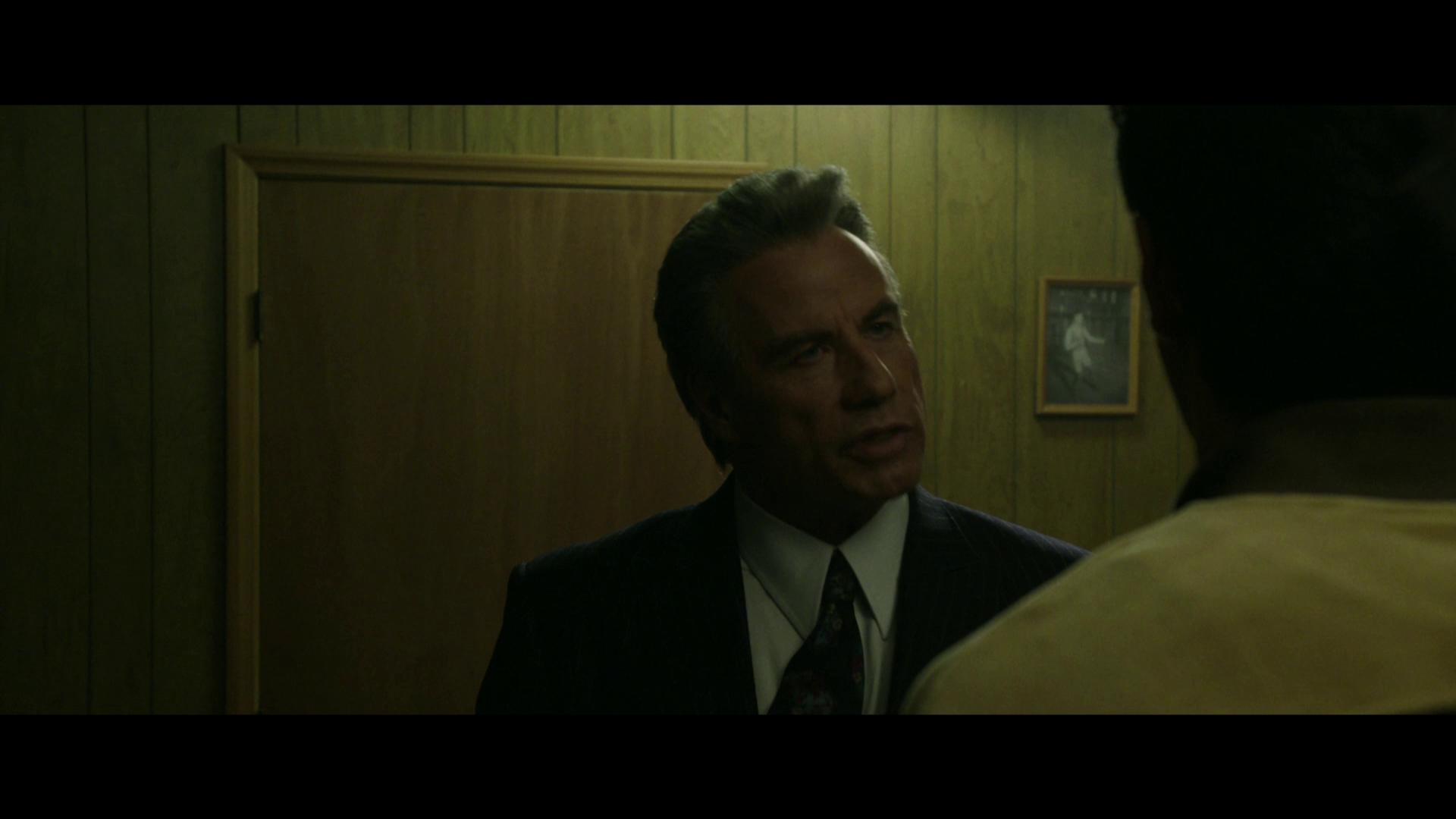 Gotti is a movie that really tries its hardest to convey a lot of information in such a short amount of time. With it’s over abundance of information, it really sticks out like a sore thumb, and it is understandable why this movie went through so much trouble during its preproduction and production phases. It is clearly understood that the production crew felt that John Gotti was an “okay” person, which even after watching through this movie, I can’t really agree or disagree with. Why Travolta agreed to take this role is beyond questionable. However, the one thing that this movie did spark was my interest in reading and learning more about John Gotti and the life that he had with the Gambino crime family, so there’s that at least. 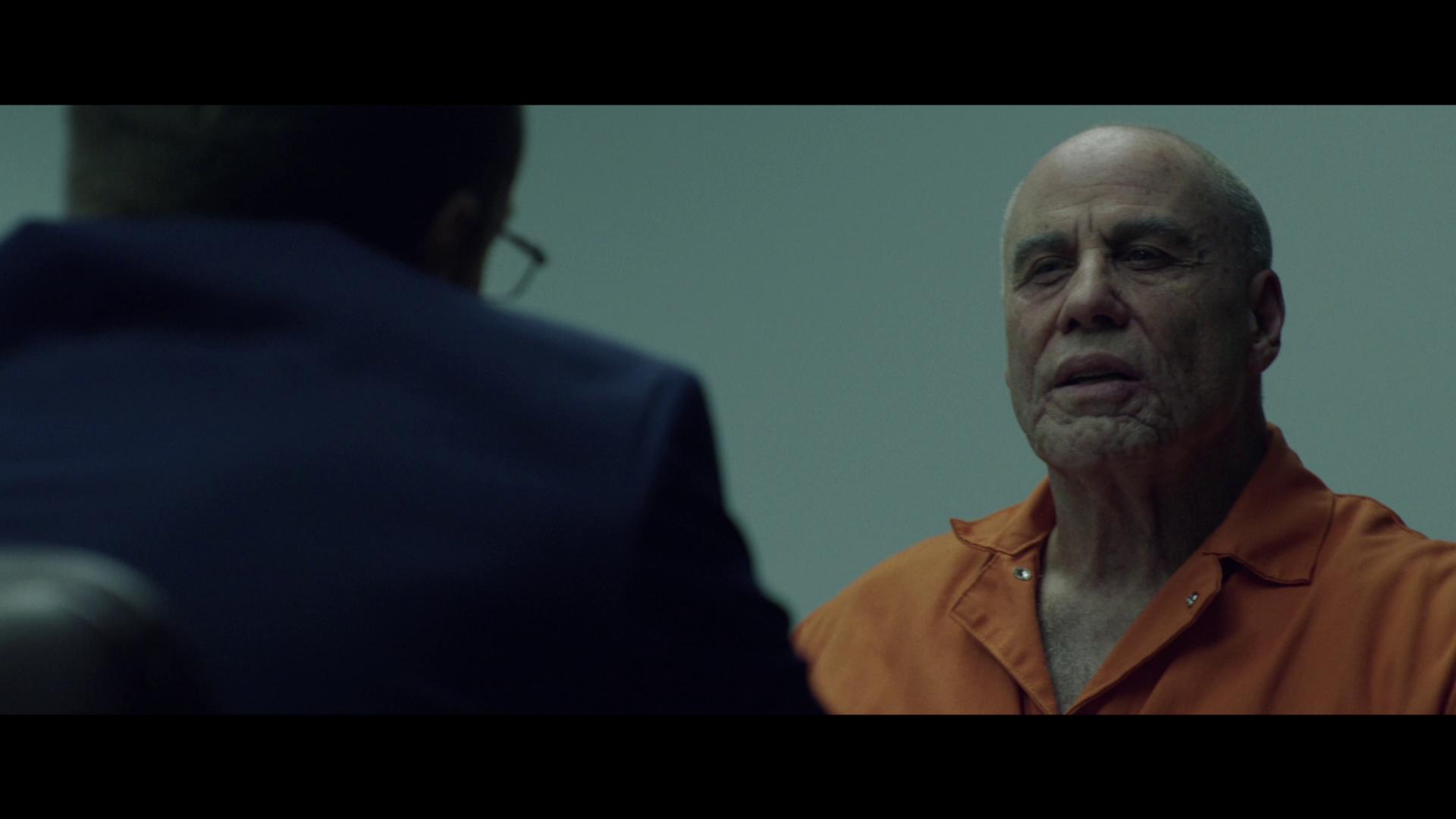 Filmed with Sony F55 cameras, Gotti provides its viewers with an exceptionally detailed presentation that captures the various detail levels with extreme sharpness from beginning to end. Throughout the film as a whole, there is a decent lack of ambient lighting given the generally dark undertones that accompany the storyline; however it doesn’t really distract from the film, and the details remain pretty consistent throughout. However, there were a few sequences that really looked craptastic as we watched along last night, and those were those that featured some stock footage of the real people being portrayed. There is a clear distinction in the physical differences between the actors and the real people that it’s not only noticeable, but the stock footage looked like absolute trash and could have been handled a lot better. 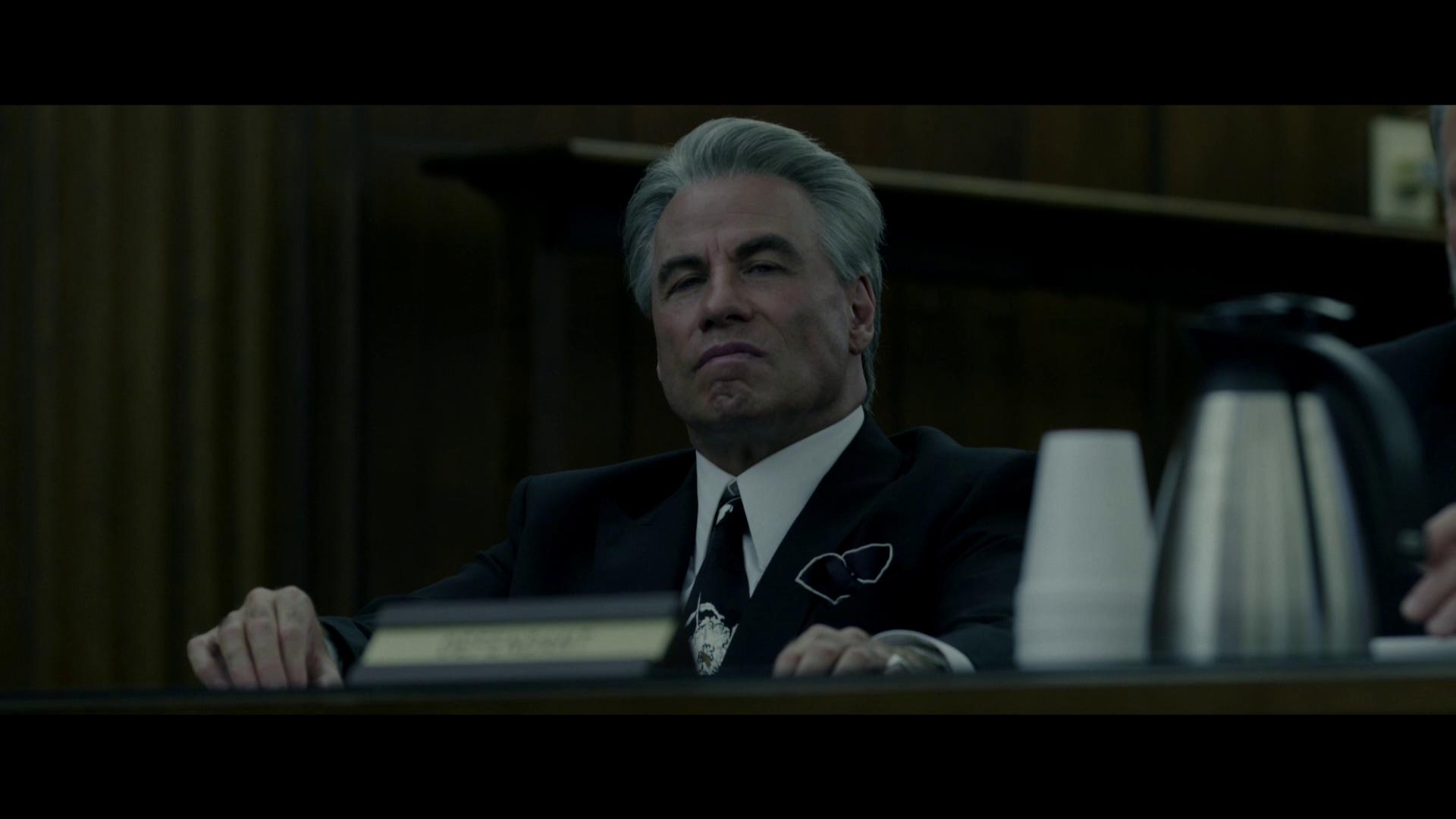 There are a few websites out there noting that the Blu-ray release of Gotti is bundled with a DTS-HD MA 5.1 mix. The Blu-ray copy that we received did not; and I’m wondering if this was a production/pressing error in some capacity? That said, this rating is based on the Dolby Digital 5.1 mix that was used during my personal viewing, and you could certainly tell that the details were rushed. There really weren’t any pieces that stood out more than others; and the overall mix could have really been executed better. Dialogue is clean, mostly because of the need to bump up the volume levels a little more than I normally have to; but once we found that comfortable level we were able to hear and understand everything without having to do any additional adjustments. 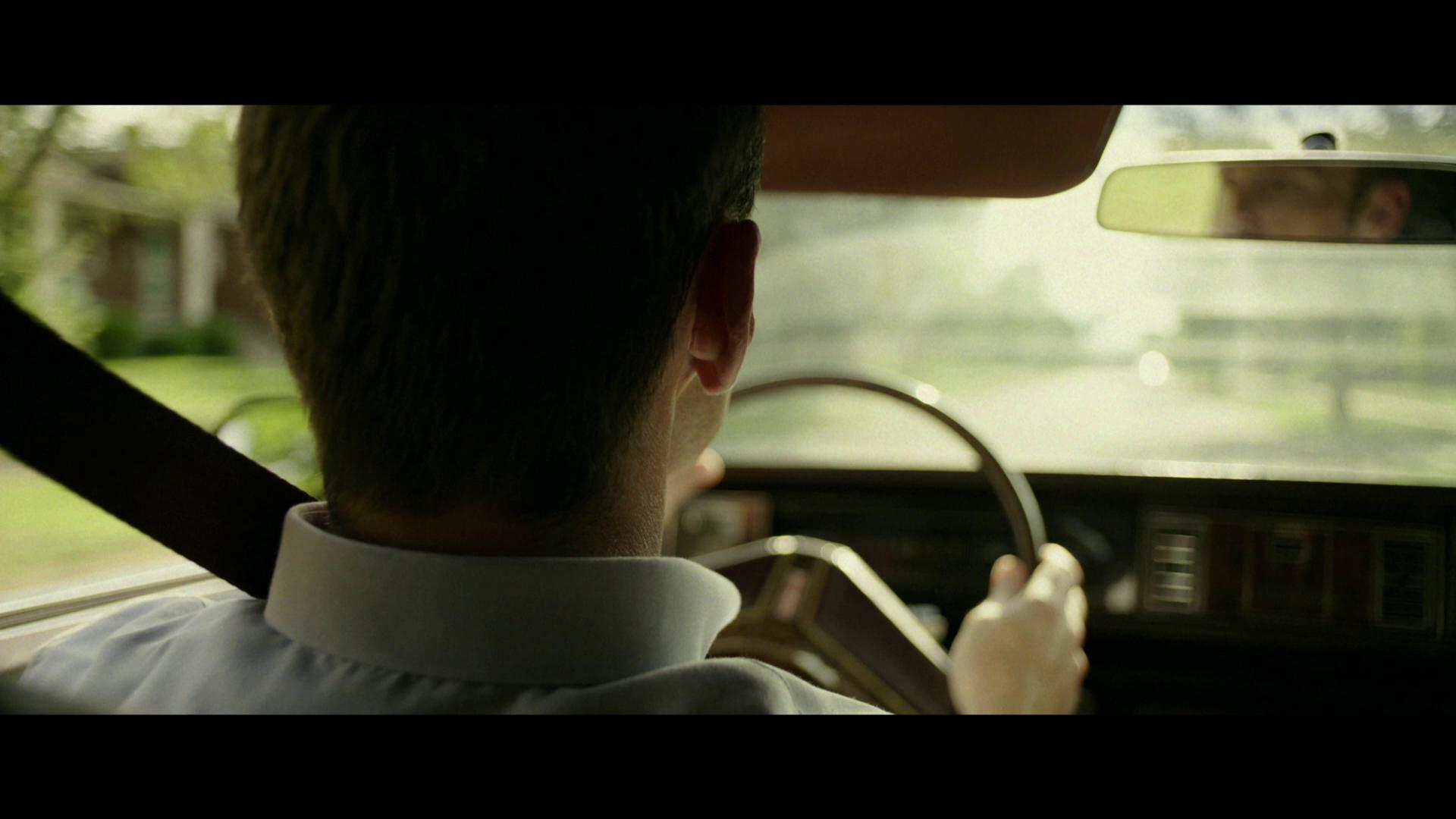 The Blu-ray release of Gotti comes packaged in your standard single-disc Blu-ray amaray case.  Within that case is the standard Blu-ray copy of the movie, the disc featuring a piece of artwork that matches that of the case art.  There are no DVD copies included; however, there is a digital copy redemption pamphlet that’s been included for the various streaming platforms.  There is also a slipcover that’s been included during the original pressing of the release that features the same artwork that’s been included on the case. 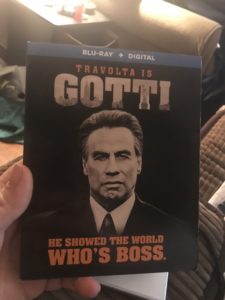 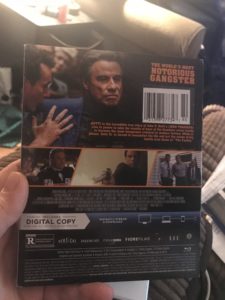 Unfortunately, there are no special features included on the Blu-ray release of Gotti.  As a result, the rating from this section has been removed. 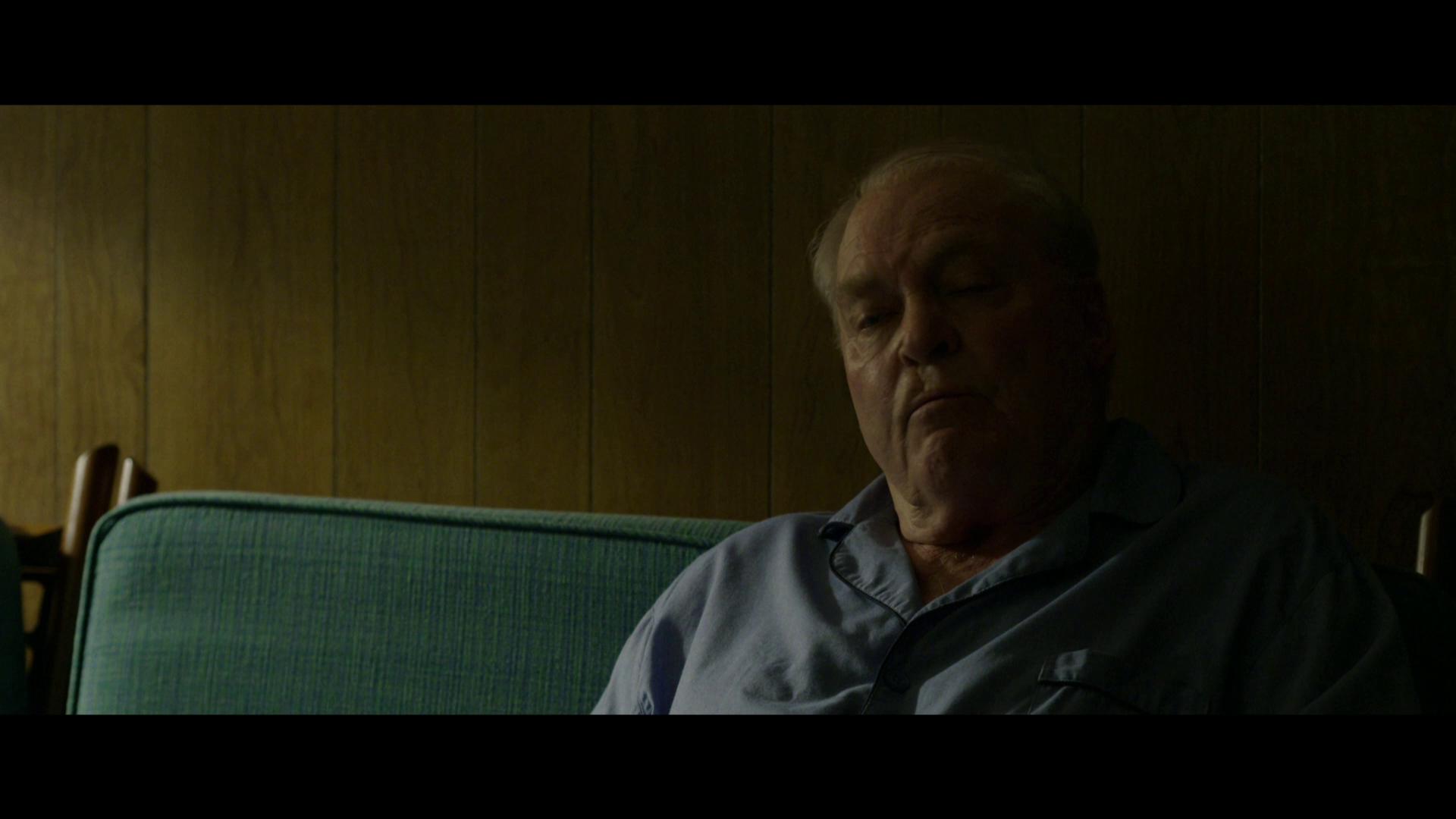 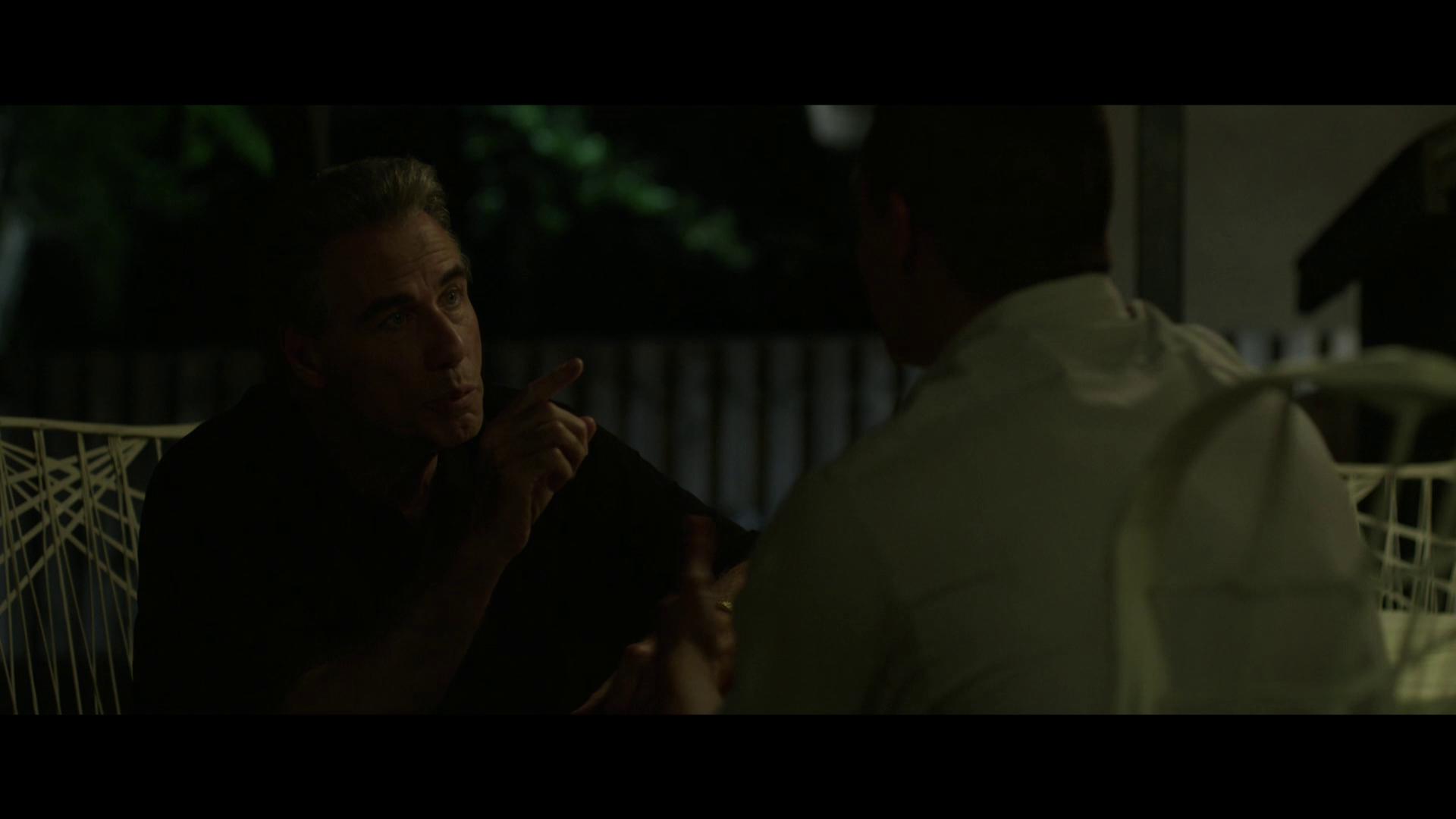 Generally speaking, I wish there was a lot more detail directed toward the plotline of Gotti.  Mostly because everything felt extremely rushed, and that they tried to pack in way too much with this movie that it distracted from the overall experience.  Visual presentation was solidly done, and the audio presentation could have been better had they actually gone with a DTS-HD MA mix.  The lack of special features is pretty sad as I would have loved to have seen some more information about John Gotti at a slower pace, and maybe some of the shared experiences from the cast and crew as they worked on this movie.  If you’re on the fence about this release, unfortunately, I can’t really recommend it.  But, if you do decide to check it out, at least rent it before buying it to make sure that it’s something you like.  Gotti is available on Blu-ray and DVD today. 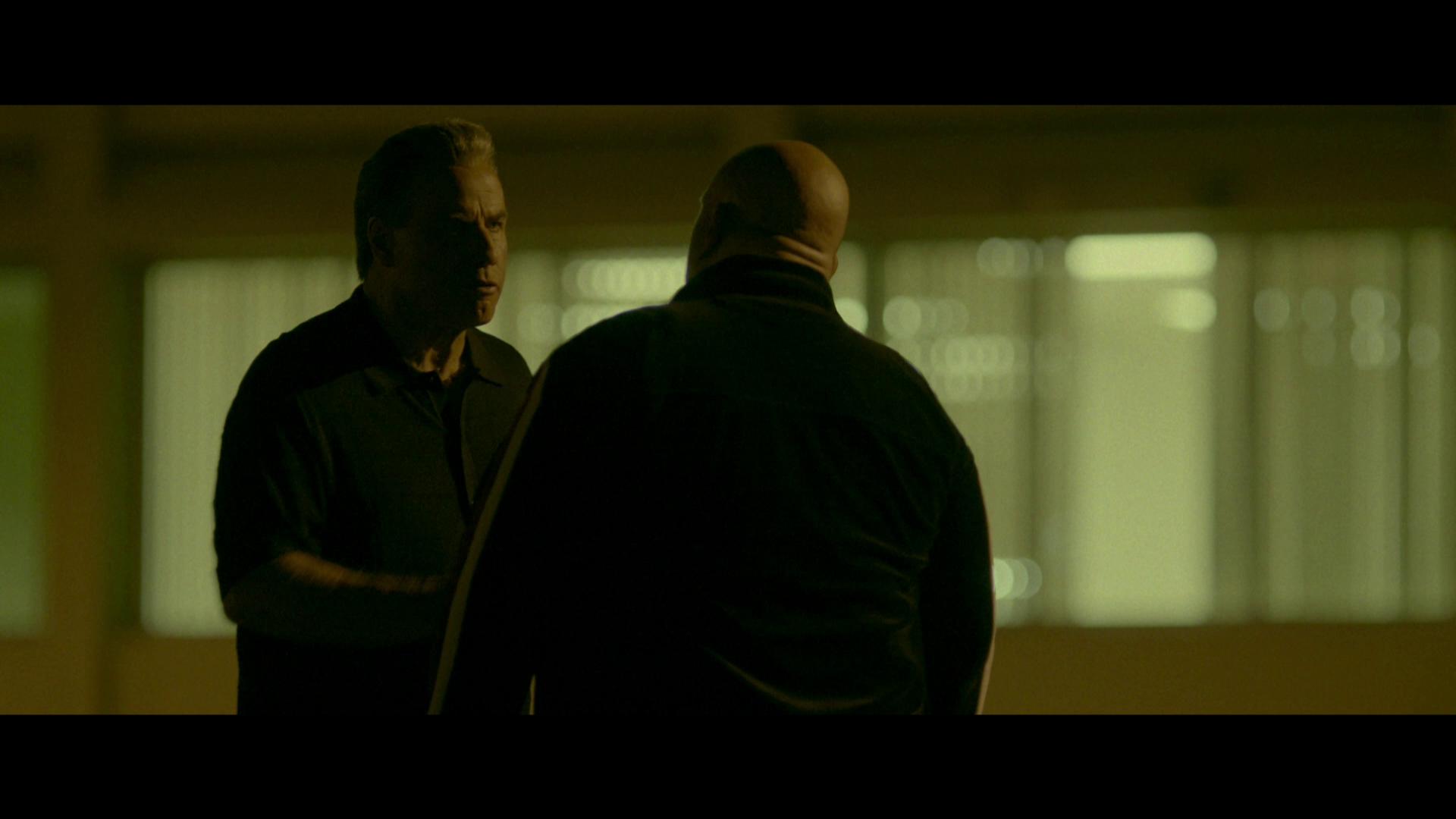