It’s tough to make a movie that juggles heartbreak, insecurity, childhood, and the hesitation that’s inherent to moving on after disaster strikes at your core. It’s tough at the same time to make a movie about those kind of topics, and still have it be funny and heartwarming, but here we are. Written by Neil Simon and directed by Hollywood veteran Herbert Ross, better known for popular films such as Funny Lady and Footloose, The Goodbye Girl accomplishes such a feat in just under two hours. 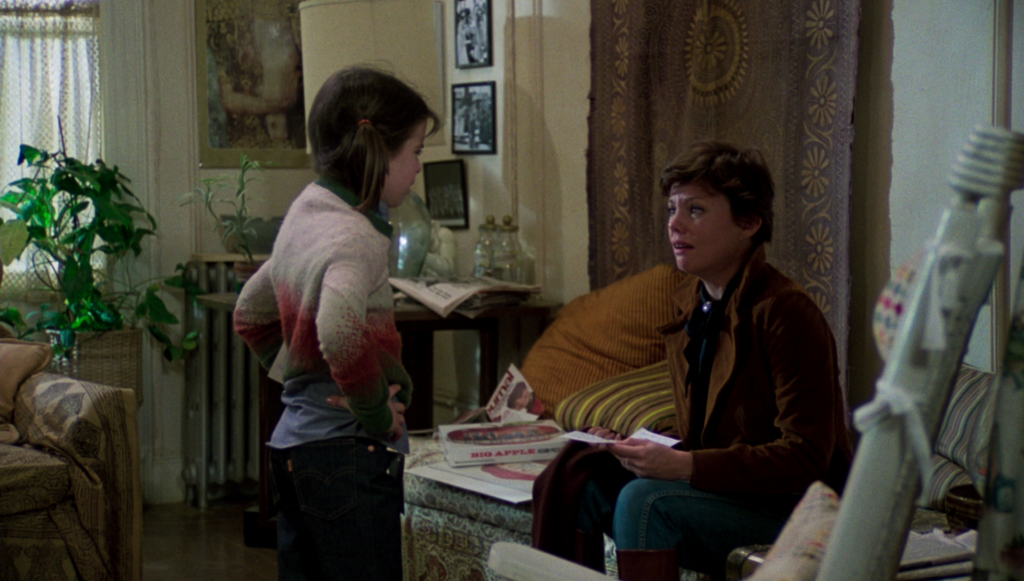 Led brilliantly by a cast featuring that always incredible Richard Dreyfuss, and his costar Marsha Mason, The Goodbye Girl drops us into the middle of an unexpected breakup. Broadway dancer Paula McFadden finds herself broken up with, and homeless after her previous partner heads for Europe, subletting his apartment to an inspiring actor from Chicago, Elliot Garfield. Immediately, Paula clashes with him, fighting to keep the apartment for herself and her daughter Lucy, and Elliot reluctantly agrees. Together, beyond their ferocious attitudes towards each other, they must figure out what it takes to be successful in the vicious theater community of New York City, Paula struggling to regain her former career, and Elliot finding out for the first time just how hostile and frustrating Broadway can be. They must fight tooth and nail to live with comfort in the Big Apple, and maybe even find love in the process. 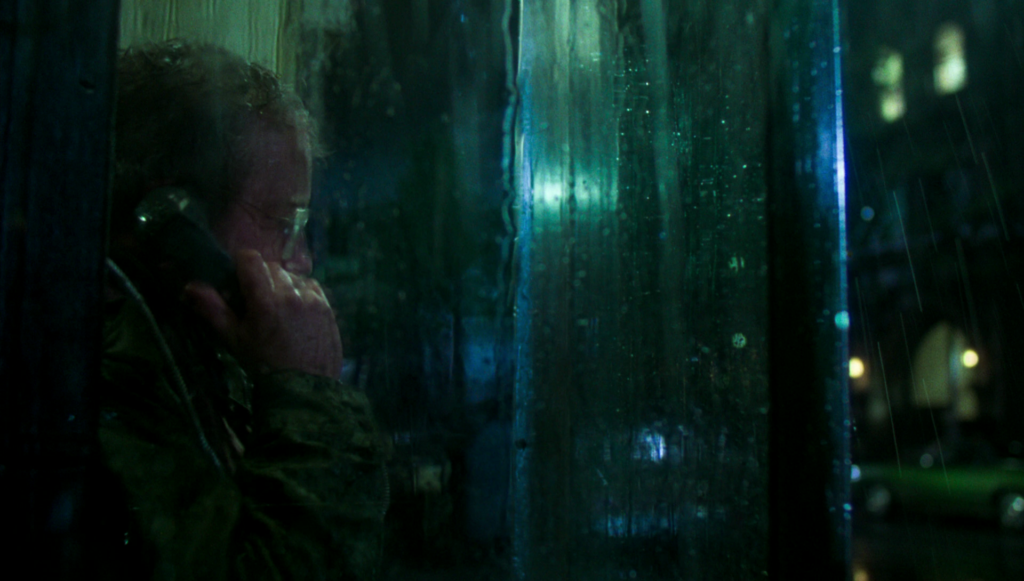 The film follows the typical romantic comedy plot line, in which two unlike individuals clash, and over the course of the next hour or so melt each other’s guard away to fall into a passionate love for one another, but does so with that classic Neil Simon edge that manages to be funny, but realistic at the same time. Over the course of 110 minutes, our two leads watch their lives fall apart, as Elliot has his dreams of being an Off-Broadway star crushed, and Paula realizing she can’t easily fit back into the life she gave up to be with her daughter. We get to watch as they struggle with the low points in their careers, and then relish as things begin to look up for everyone as the movie cleanly and warmly wraps itself up.

The Goodbye Girl is an actor/actress’s film, laden with dialogue rather than exciting visual sequences, almost as if it’s a play, which Neil Simon frequently wrote. More often than not, the film hinges on the performance of lead actor Richard Dreyfuss, who plays his role with such a fine balance between broken and casual, resulting in several scene stealing sequences including a rather inspired performance of the lead role in Richard III, and his various interactions with Paula’s daughter Lucy which are played off of to great comedic effect. His performance is so strong that it makes it difficult at times to care about the struggles Paula is facing, making her seem insignificant as Dreyfuss oozes charisma all over Simon’s script. It led to his receiving an Academy Award for Best Actor for his performance, cementing his presence as a Hollywood legend, while Marsha Mason’s performance has largely become forgotten over the ages. 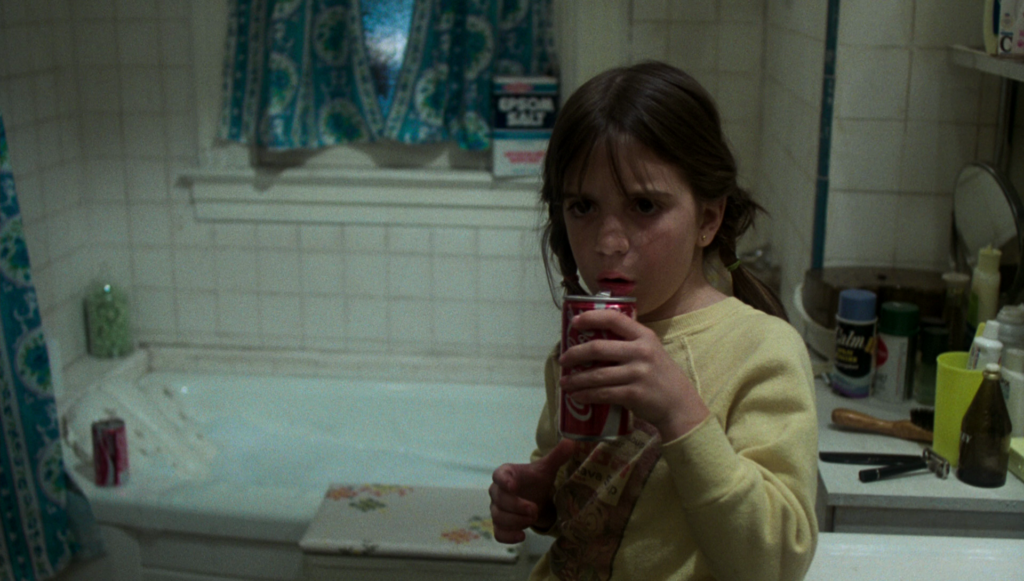 The Goodbye Girl is a well edited, tightly paced heartwarming movie that drags us through the lows and highs of an easily relatable odd couple in New York City that equates to comfort food for film-goers. The consequences are light, but the edge of disaster is just close enough to make the film a compelling watch.

The Goodbye Girl was shot on 4-perf 35mm film using spherical Panavision lenses. The movie was cropped in post to 1.85:1, and presented in theaters as such. The film is presented here in 1080p, in 1.78:1, slightly more open than the original 1.85:1 theatrical aspect ratio from a new HD master.

The Goodbye Girl is more like a filmed play than it is a cinematic experience. The cinematography therefore serves not to tell the story, but to simply frame the players on screen. There isn’t any particularly striking use of color or camera work, and the shooting style embraces the softness of 70s era spherical lenses. The film has an even layer of grain throughout the entire feature, and the print is impeccably clean. Color pushes towards the naturalistic end of the spectrum, but looks healthy. Overall, this is an excellent presentation by Warner Archive. 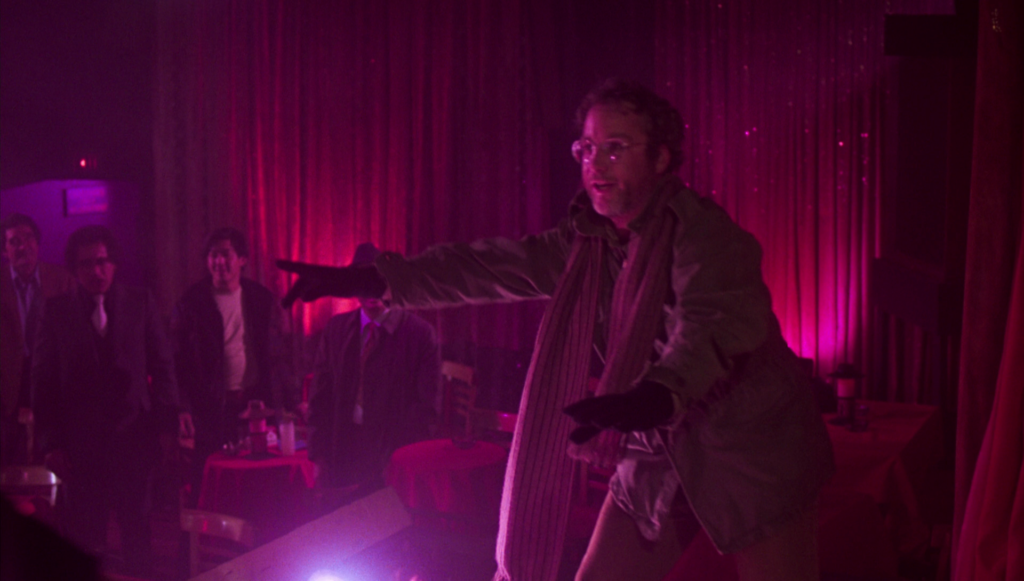 The Goodbye Girl is presented on Blu-ray with a DTS-Master Audio 2.0 mono soundtrack. The film’s sound presentation is effective, in that it presents the dialogue clearly, and nothing gets lost in the mono mix. The limited use of music is presented well. Overall, I was satisfied with this track.

The Goodbye Girl is released to home video by Warner Archive in a standard Blu-ray keepcase. The front artwork features a lovely picture of out two leads embracing each other, recycled from an earlier home video of the movie on DVD. The back artwork features a lovely picture of the two leads kissing over a romantic dinner, a quote of a review of the film, a couple paragraphs about the film, credits, and technical info. Overall, a satisfactory package. 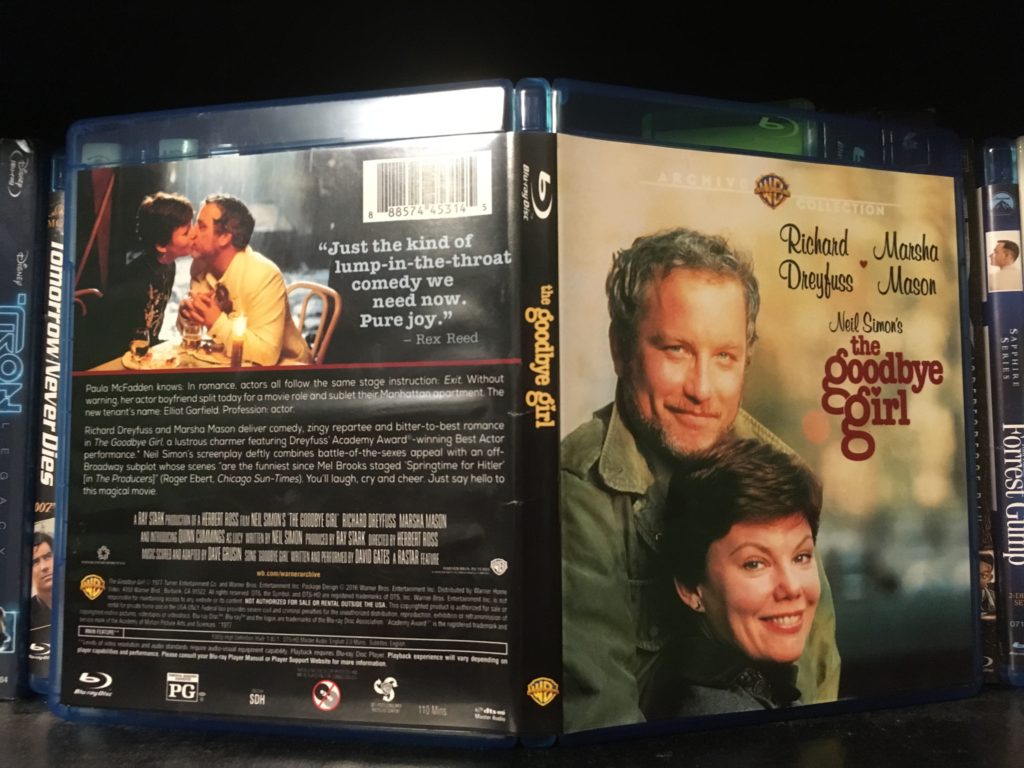 Onto the features, of which there are one:

Theatrical Trailer – the film’s original trailer, as seen in theaters. 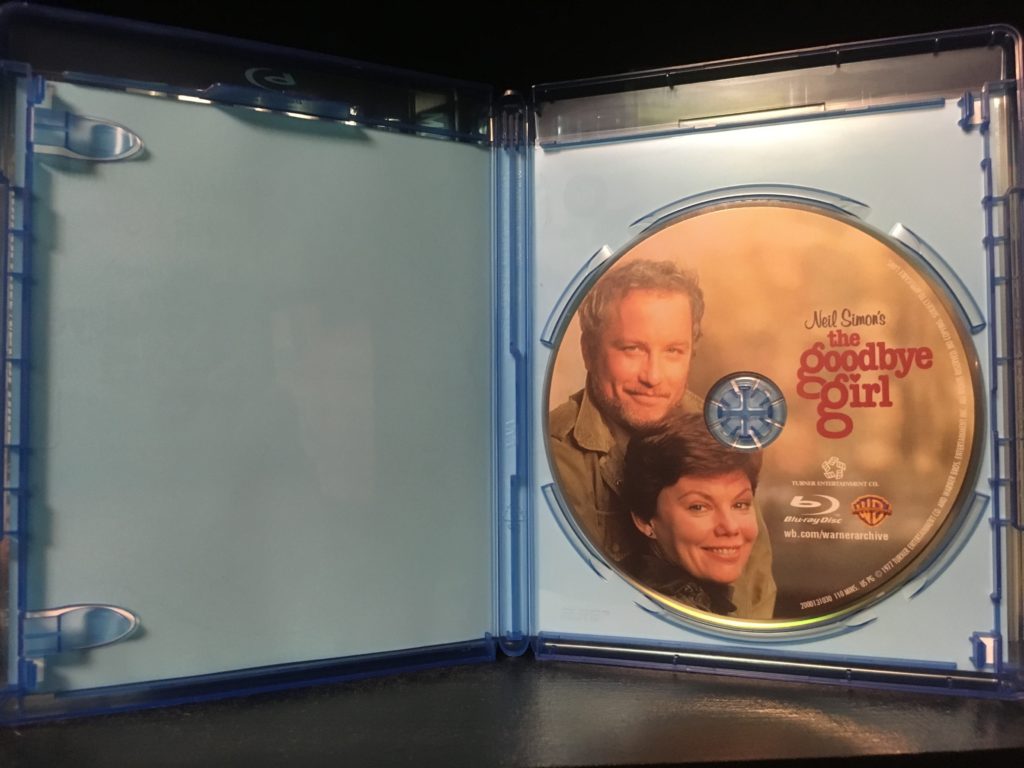 The packaging for this release is fine, but without extras, it falls flat in this section. 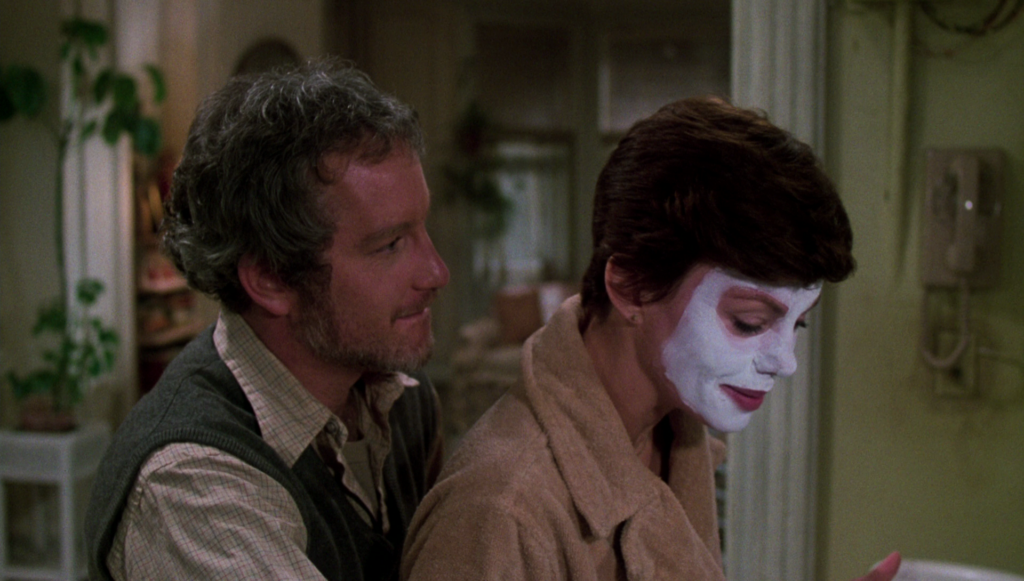 I really enjoyed The Goodbye Girl. The movie is funny, tells an engaging and easy to relate to story, with an excellent leading performance by Richard Dreyfuss that makes the film a memorable viewing. Warner Archive’s new Blu-ray of the film features an excellent video presentation, as well as a serviceable audio presentation and decent packaging. The release is in dire need of some special features, but for now this is an adequate release.