What do you get when you take a guy who likes to collect cars gets it in his head to make a movie with the biggest car chase and do stunt driving himself? You get Gone in 60 Seconds. No, I’m not talking the Nicolas Cage vehicle of 2000, but H.B. Halicki’s Gone in 60 Seconds. And it sure is a good time.

HB “Toby” Halicki was a fan of cars. Not the kind of fan who just goes to car shows or keeps a fancy car in his garage that he babies all the time. No, he liked to put them through their paces. He believed a fast car was to be driven fast and hard. He also believed in going all out with whatever he is doing in life. This is why when he made a car chase movie it showcased a 40-minute car chase with over 90 cars wrecked. That is definitely going above and beyond. 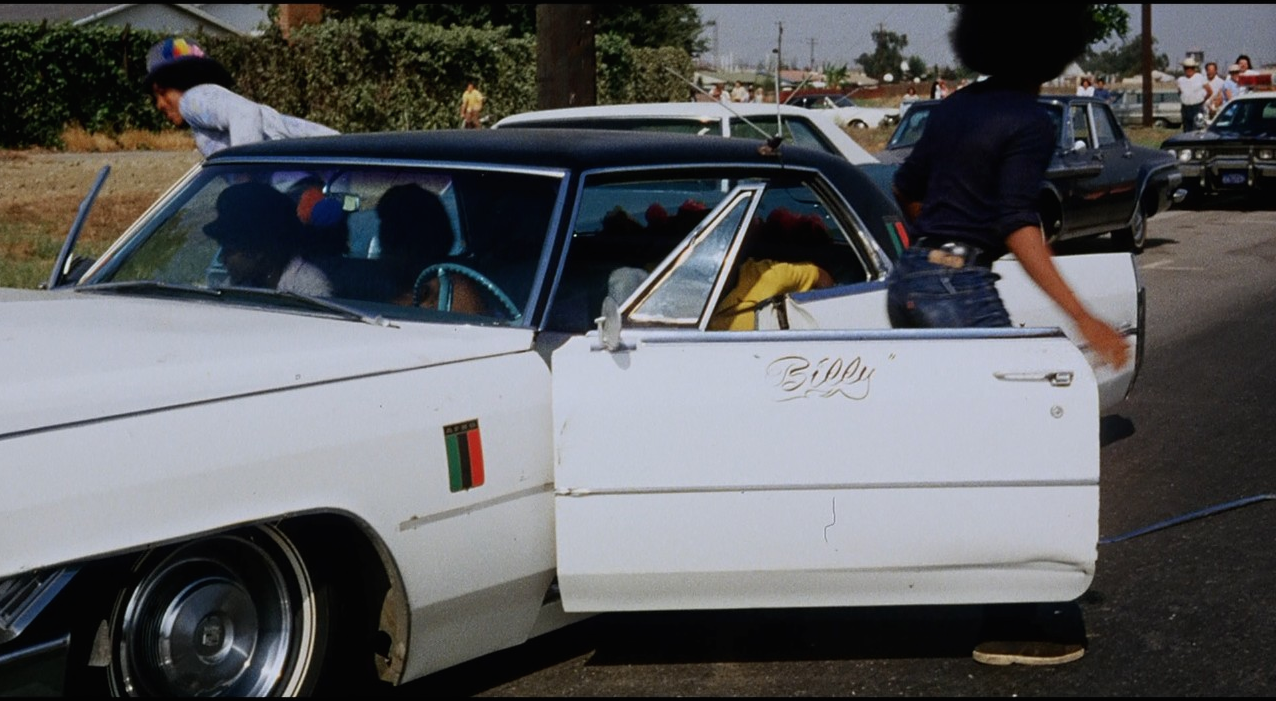 HB “Toby” Halicki was a fan of cars. Not the kind of fan who just goes to car shows or keeps a fancy car in his garage that he babies all the time. No, he liked to put them through their paces. He believed a fast car was to be driven fast and hard. He also believed in going all out with whatever he is doing in life. This is why when he made a car chase movie it showcased a 40-minute car chase with over 90 cars wrecked. That is definitely going above and beyond. 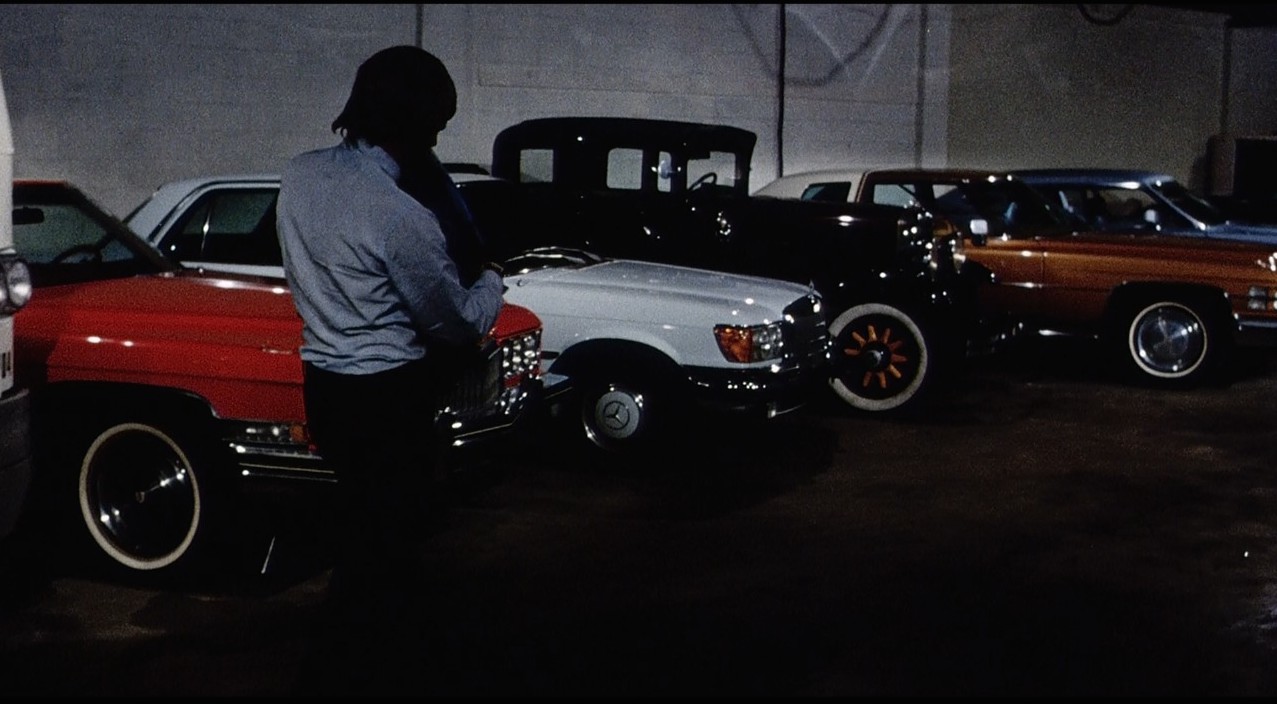 Made with friends and family and whomever he could talk into volunteering. Made on public roads without all the proper permits on Sundays so he wouldn’t get in trouble. Taking out a lamppost without ever getting caught. Using dozens of cars that he bought with his own money at police auctions. With a minimal script and tons of adlibbing. This was a true independent, from the hip style of movie making. 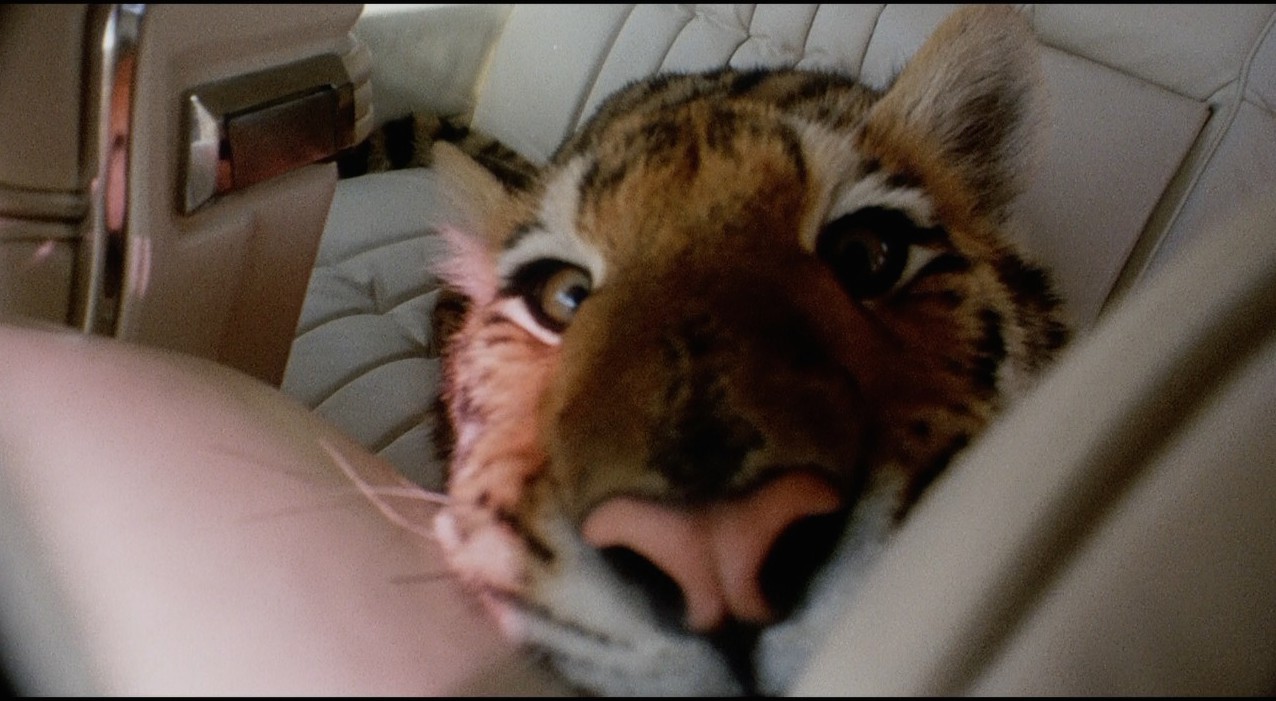 With how loosely it was shit, it is actually quite a shock that none of the “actors” involved in this production were seriously injured or even killed. One of them was nearly hit when “Eleanor” didn’t make the U-turn as planned. Halicki, the driver, not only plowed through the spot he had been standing on, but collided and actually pushed a car towards the man right after he had hurdled it out of self-preservation. 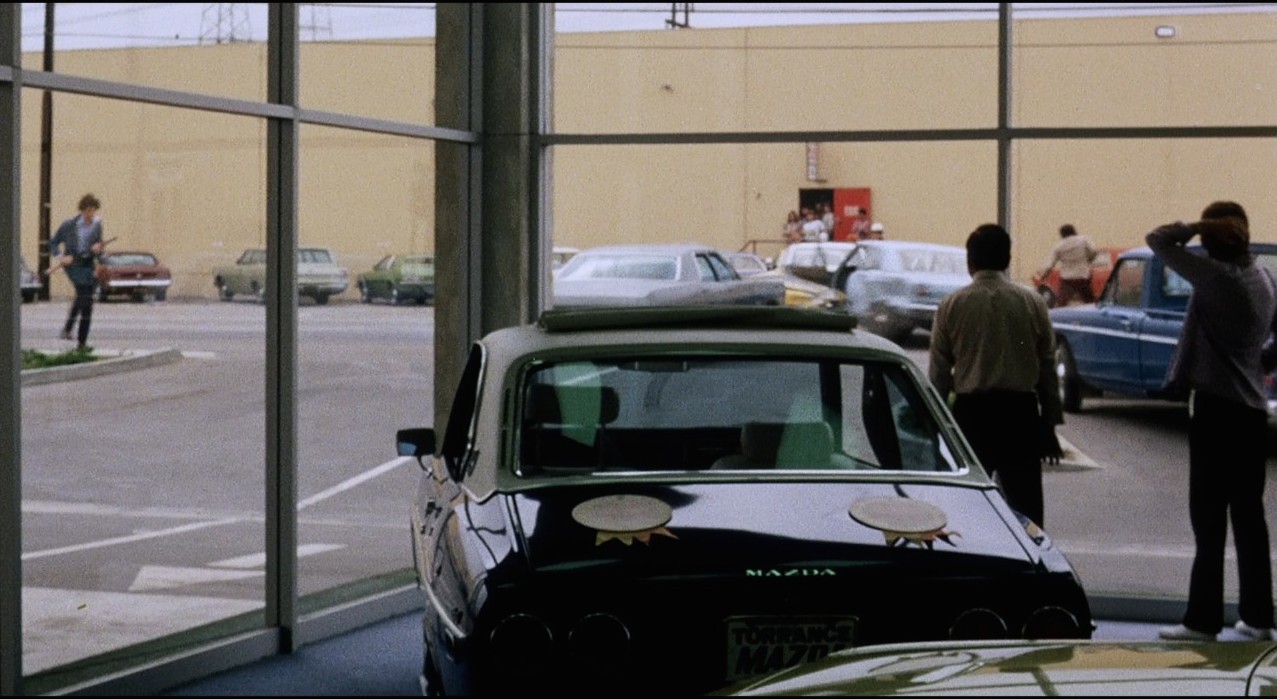 As for the actors themselves, they work well enough for the most part. Most are just friends and locals who Toby talked into working on the movie. Every once in a while you see somebody who seems a little out of place or somebody delivers a line stiffly, but most of get by ok for the scene. None of the major parts feature acting too wooden or overdone, but none are standouts, either. They get you from scene to scene effectively enough. 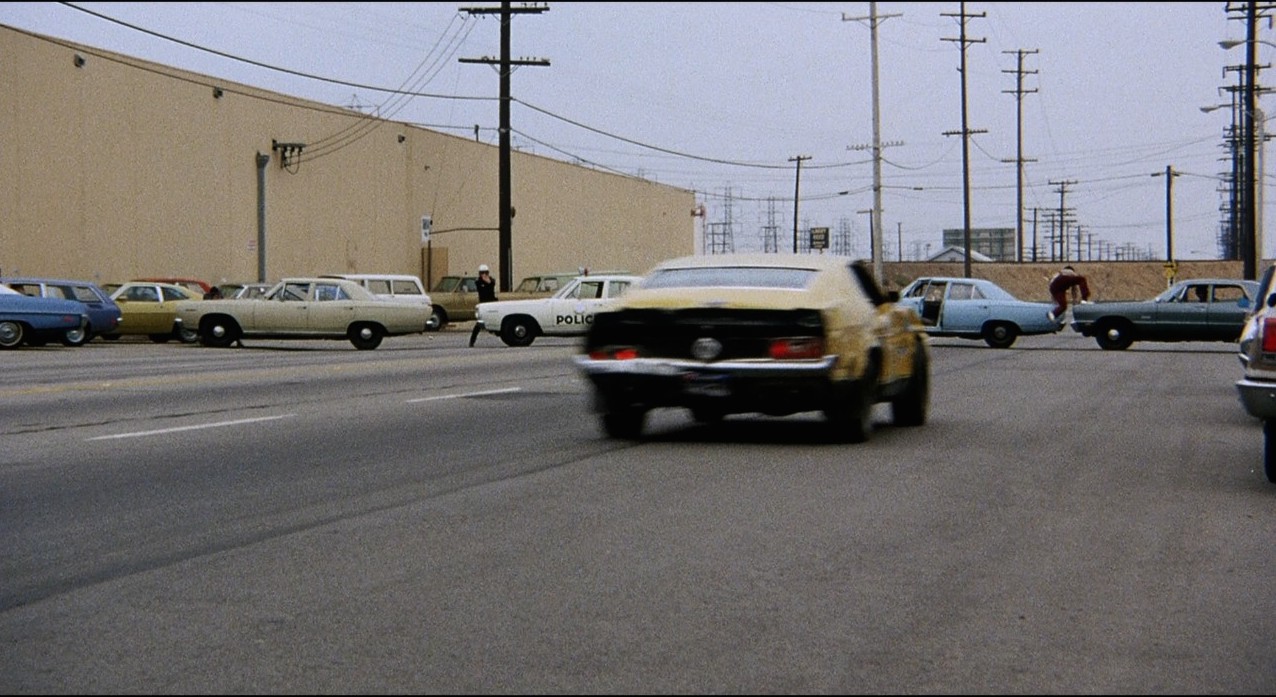 But you don’t pay your admission to this for acting and slow drama. No, the main attraction of this movie is the chase. As we make our way through the movie, we see the crew a number of cars in a number of ways. Some pretty normal and then there are some that are special like the Manta. Some thefts go smoothly such as when the keys are left in the ignition. Some do not go as smoothly like one where antitheft is provided in the form of a tiger in the back seat. One even results in a small chase involving the owner. The movie culminates in the final theft involving Eleanor where we see the grand chase span multiple towns and even a breathtaking jump. We see our protagonist get cornered numerous times and have to find a clever method of escape. 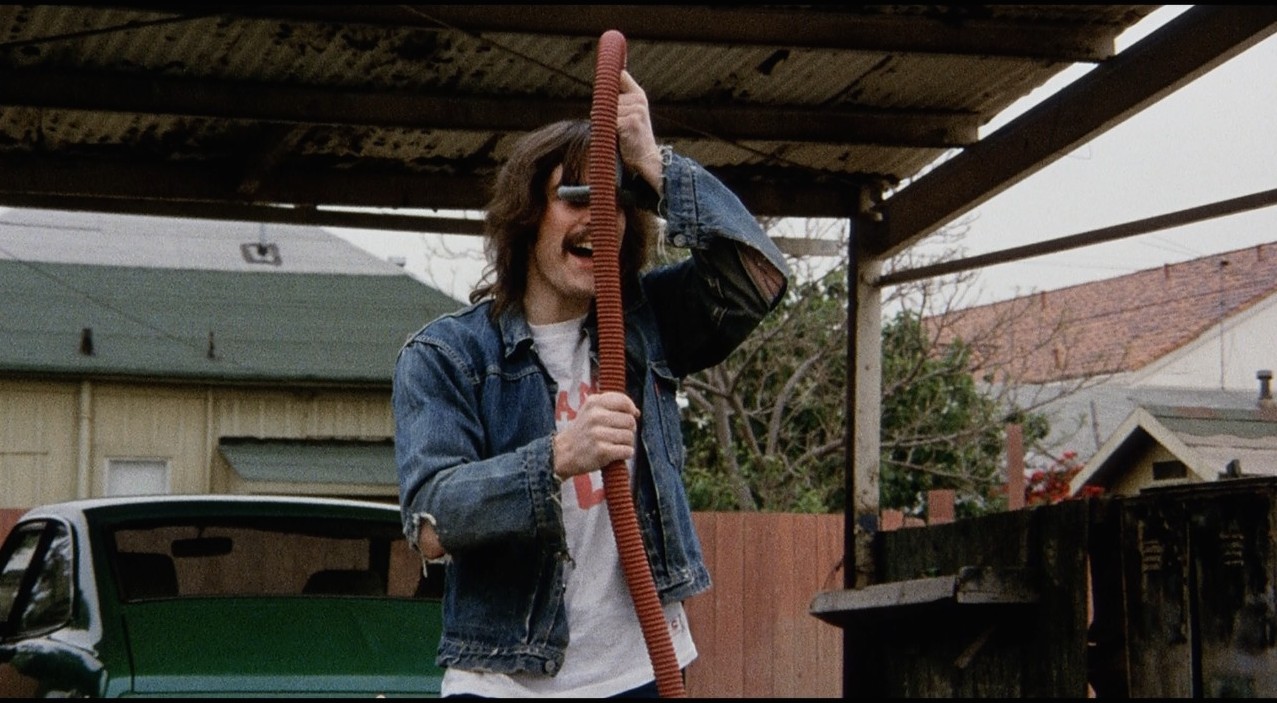 In the end, this is what we all came here to see. This is not to say that the rest of the movie is a disappointment, but this third act is the payoff. And when you give yourself over to it, it really is a great time. Some parts are less flashy than the remake due to the lower production value, but this raw version endured long enough to bring about a 25-year anniversary remake for a reason. If you like care chases, you won’t be disappointed. I’m honestly partial to the chase scene in Ronin, but I also adore this chase. The movie is worth it just for the record setting chase scene, but honestly isn’t terrible outside of it. 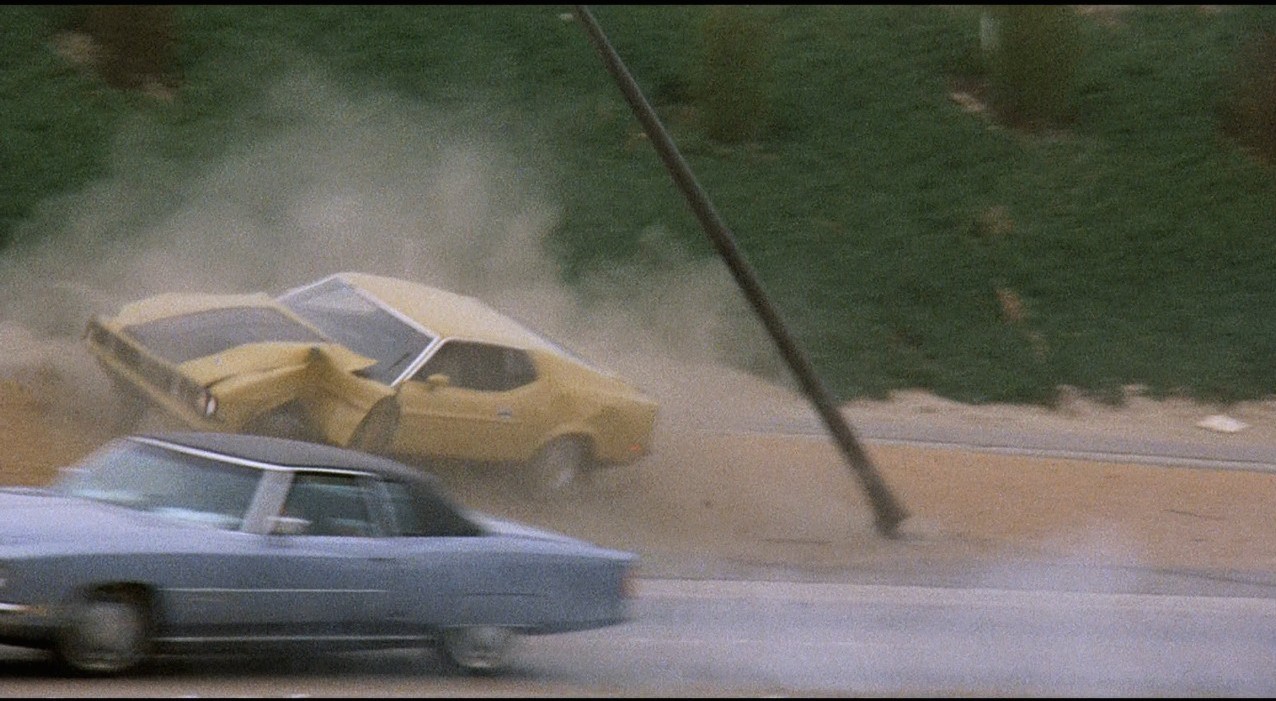 This is a bit of a tough one to grade. The video just isn’t good, but it really isn’t the discs fault. Garbage in results in garbage out and if you watch the Life and Times of H.B. Halicki on the disc, you will learn why the video is so rough.

The original filming was done mostly outside in the sunlight on the streets when they could take over a street for long enough to film. The natural light wasn’t really enhanced or controlled much for the filming. I suspect they weren’t working with a top of the line camera either. This was low-budget filmmaking at its finest here.

To add further complications to this, the film was not properly stored over the years so when it was restored for the DVD edition to coincide with the remake’s release it had faded. It had faded terribly. As it is, they did a good job cleaning up a lot of the fade, bringing colors back. The result is a still very grainy, rough looking image that isn’t terribly consistent in lighting throughout the movie. I do think they made it pretty accurately reflect what it should have looked like originally (I wasn’t alive when it came out), but what that is still doesn’t earn the highest marks.

All that said I didn’t see any problems added to film with meddling technology like DNR. It looks as good as I would expect it to or ever want it to, really. And I don’t give it such a harsh rating to dissuade anyone, but just to let you know where to set your expectations. Filmmaking isn’t always done with the best equipment today and it certainly wasn’t back then either. The grade is a combination of what the original quality was and what they were able to do with it. It’s just ok.

No lossless audio track is disappointing. Another disappointment is that the included audio isn’t the original music or sound effects, which is just a little odd. I wonder how much is related to the legal issues it has been through. What effects there are do sound pretty good. They are well balanced and directed for the most part, but it doesn’t completely succeed in being immersive. The dialog sounds mostly good, but not great and there are some times where it isn’t totally clear. Its really just a pretty good audio mix, but to me loses a little bit for so much of it being replaced and noticeably being replaced at times.

Commentary – Jack Vacek (head cameraman) and Warner E. Leighton (editor). This is what I like from a commentary. Two guys getting together and talking about the fun parts of the production, the mistakes, and the way they accomplished shots. Sure, I like to see a star in the commentary, but barring that, this is about as good of a way to put a commentary together as any.

Denice Halicki Introduction – You get the option of playing the movie with an introduction from Denice Halicki, the creator’s wife. This is several minutes long and at least a one-time informative watch.

The Life and Times of H.B. “Toby” Halicki: The Car Crash King – This is a standard definition documentary on Halicki with interviews from his wife, crew and actors from the movie and some from the remake. You can get an understanding of the driving force behind this movie as well as some of the things they did that may have broken the law in filming the movie. You can learn a little about the restoration of the movie and the legal issues that have held it up over the years.

Cut to the Chases

Snippets from Halicki’s other movies showcasing chase sense. Cool to see, but honestly not as interesting when taken out of context of the movies.

Denice Halicki – Interview during the filmmaking of the remake. Honestly most of what was in here is shown either in the introduction or in the documentary. I would really recommend watching the documentary first.

Credits – This is an extra? Ok, I guess.

The best and most re-watchable out of all these would be the documentary. It is all worth a watch at least once. I found the Lee Iacocca interview a little boring, but car fanatics will probably appreciate it more than I did. The snippets of the other movies are interesting only if you won’t watch the movies in their entirety. These supplements create an okay package for an older movie that is essentially B material.

Oddly missing are subtitles. The lack of subtitles sticks out like a sore thumb to me. Maybe we’re weird, but in our house subtitles are a mainstay in our viewing experience so I noticed it right away.

The packaging is nothing special. It comes in a standard amaray style case. The outer artwork and disc art are the same and nothing to write home about. There is no inner artwork. Once again, just kind of standard. Not bad, but doesn’t really sell the movie any more than just the movie itself. 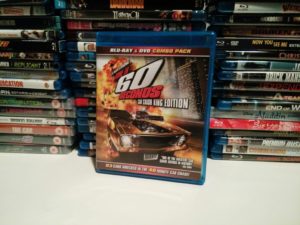 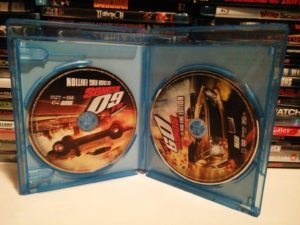 I honestly can’t recommend that everyone own this blu-ray, especially as a blind buy. I would recommend that anyone who enjoys chase scenes or car movies in general should at least see this once and then decide. The technical issues should not dissuade anyone from checking it out nor should it offer a real impediment to enjoying the movie. It is after all and older independent B movie. It will just look cheap. What really holds this back as a blind buy recommendation is that the movie does have a limited plot and structure with no room for a breakout performance from any of the actors. The whole point of this movie is for enjoying a lot of cars getting smashed up in a glorious chase scene.

See it for yourself and decide how much you want to re-watch that for yourself. I have to be honest with you that if you don’t enjoy car chases you probably won’t find anything special about this movie, but then again it would really be a bit of an odd choice for you to pick up. It may seem like I’m being 0verly harsh on the movie, but I feel that the key to enjoying a movie like this is not expecting it to be something it is not. It is a good time, but I can’t rate it above what it really is. And I think most people will be happiest with it if they accept it for what it is before judging it. For me, it earns a spot in my collection and will continue to be enjoyed.