Ghostbusters is a 1984 American fantasy comedy film that was produced and directed by Ivan Reitman and written by Dan Aykroyd and Harold Ramis. It stars Bill Murray, Aykroyd, and Ramis as Peter Venkman, Ray Stantz, and Egon Spengler, eccentric parapsychologists who start a ghost-catching business in New York City. Sigourney Weaver and Rick Moranis co-star as their client Dana Barrett and her neighbor Louis Tully.

Aykroyd conceived Ghostbusters as a project for himself and fellow Saturday Night Live alumnus John Belushi, with the protagonists traveling through time and space. Aykroyd and Ramis rewrote the script following Belushi’s death and after Reitman deemed Aykroyd’s initial vision to be financially impractical. Filming took place from October 1983 to January 1984.

Ghostbusters was released in the United States on June 8, 1984. It has received positive reviews from critics and grossed over $242 million in the United States and more than $295 million worldwide, making it the highest-grossing comedy film of its time. At the 57th Academy Awards, it was nominated for Best Visual Effects and Best Original Song (for the theme song). The American Film Institute ranked Ghostbusters 28th on its 100 Years… 100 Laughs list of film comedies. In 2015, the United States Library of Congress selected the film for preservation in the National Film Registry, finding it “culturally, historically, or aesthetically significant.”

Ghostbusters has launched a media franchise, which includes a 1989 sequel, two animated television series (The Real Ghostbusters and Extreme Ghostbusters), video games, and a 2016 reboot. 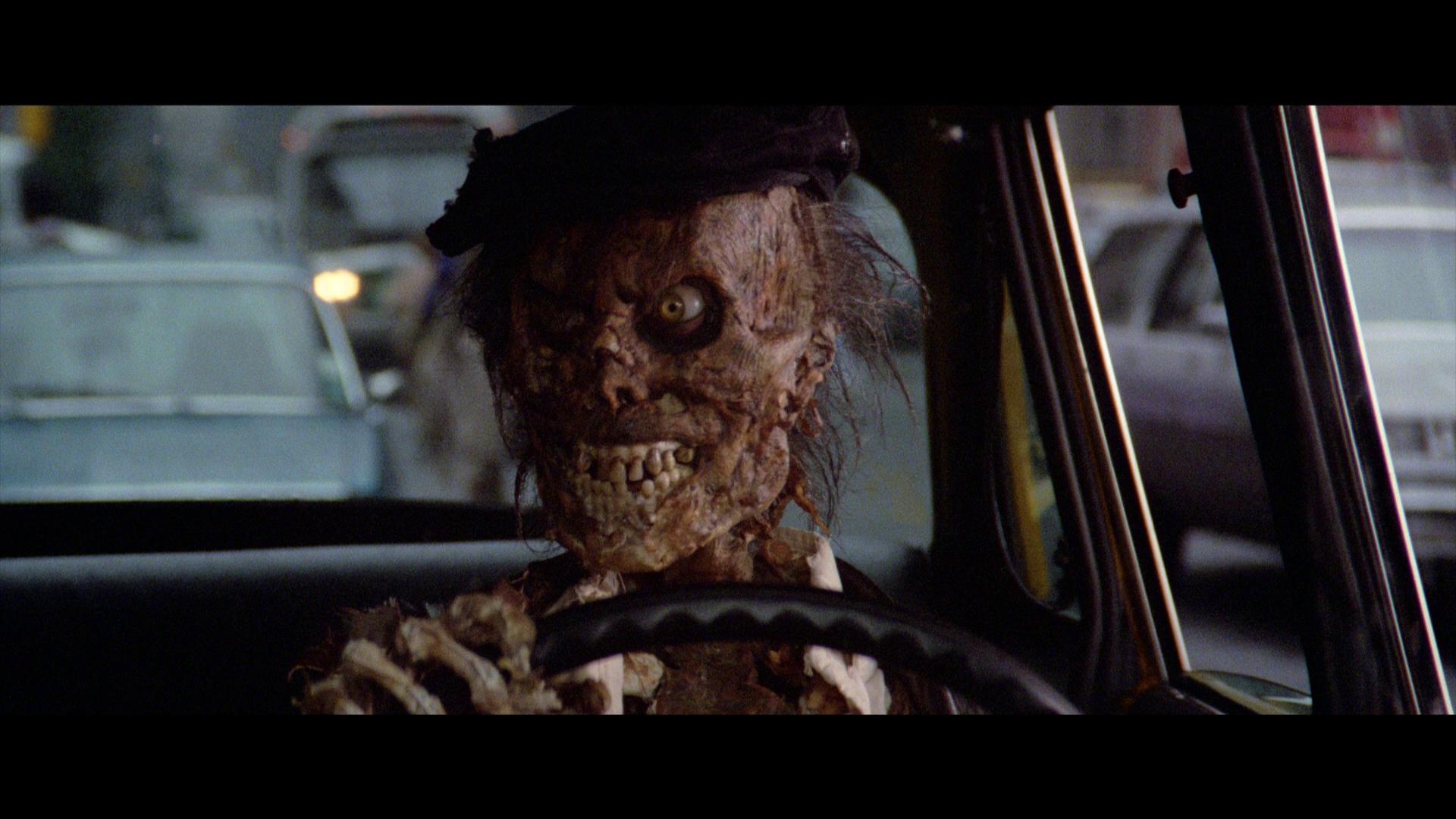 Ghostbusters is an intelligently written, and perfectly executed movie that remains a strong influence in the world of comedy. Mixing extremely serious tones with lighthearted fun, the movie manages to take the insane and make it into an exciting paranormal comedy. The performances from all involved still remains a personal favorite, and certainly continuing to hold up with continued screenings of the movie. Sitting down to the UHD release the other night had been the first time in quite a long time that I’d personally seen the movie, and it was most definitely a great choice to relax to this movie. 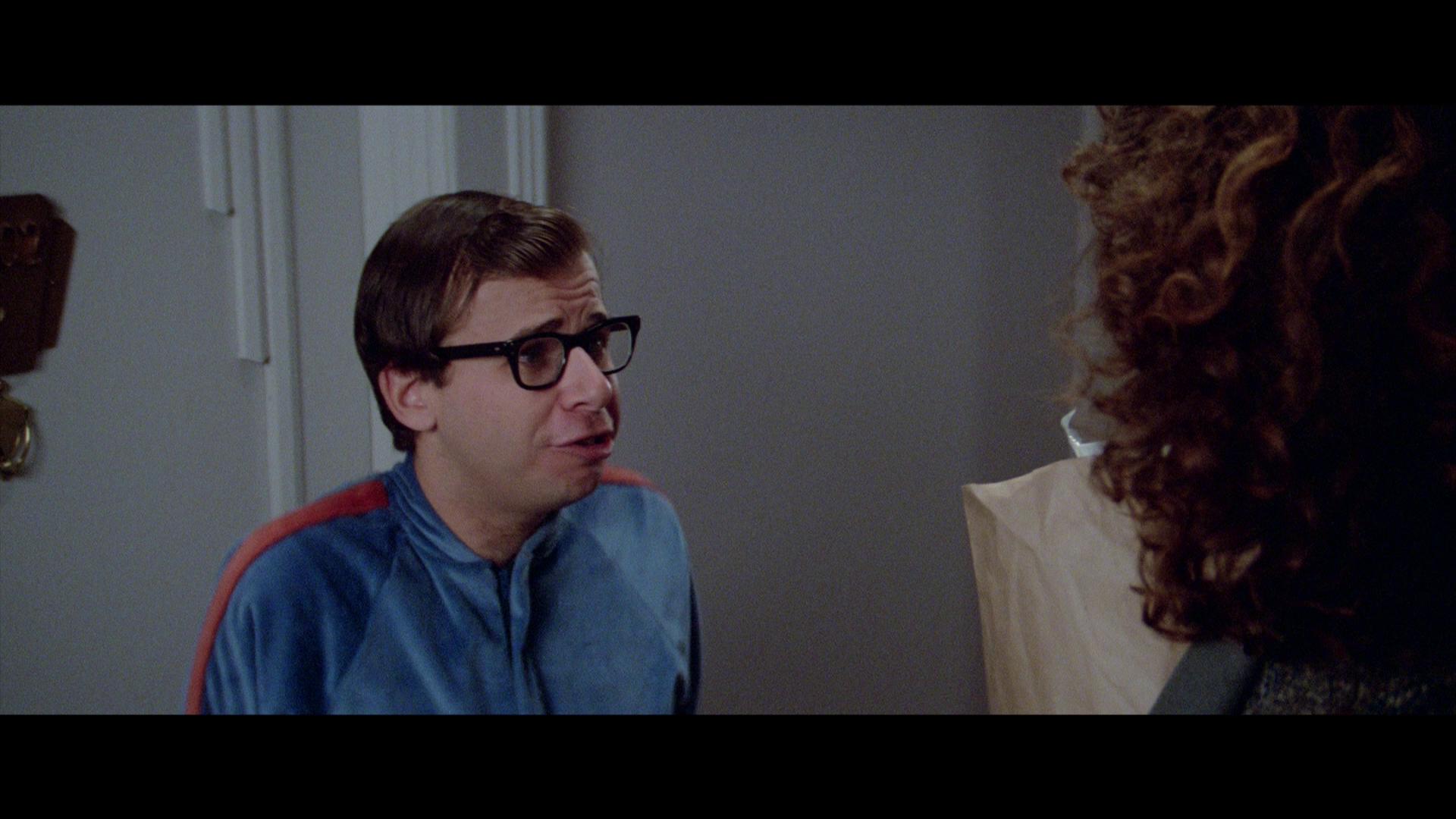 Considering the popularity of the movie, it was almost expected to see that Ghostbusters be one of the initial titles to be released on the newer format, especially considering the “mastered in 4k” Blu-ray releases that had been previously released. Giving its viewers an extremely attractive visual presentation, the 4K UHD release adds a significant amount of detail that would have been missed with previously releases, mostly due to its utilization of HDR. The colors of the release are extremely healthy, and feel very natural, while the black levels remain deep and tight. The textures of the clothing appear to be significantly more detailed, and the integration of the special effects into the more natural parts of the scenery blended in very well, allowing for more of a natural experience, and making sure it felt as it those events were happening right before our eyes.

Packaged with an English Dolby Atmos audio track, the 4K UHD release of Ghostbusters gives its viewers a completely fresh, clean, and revitalizing experience that offers an all new take on the events of the storyline. With the elevation aspect of the audio track being not quite as prominent as we’ve seen with newer releases, it’s still packs one hell of a punch, and certainly provides an insanely immersive experience for those of you who may be setup with Atmos at home. The explosions that happen have a much more promising definition to them, which is guaranteed to rattle your floors. The dialogue is spoken cleanly, and the characters and cast members are able to be heard and understood without any need to manually adjust the volume levels as you move forward. 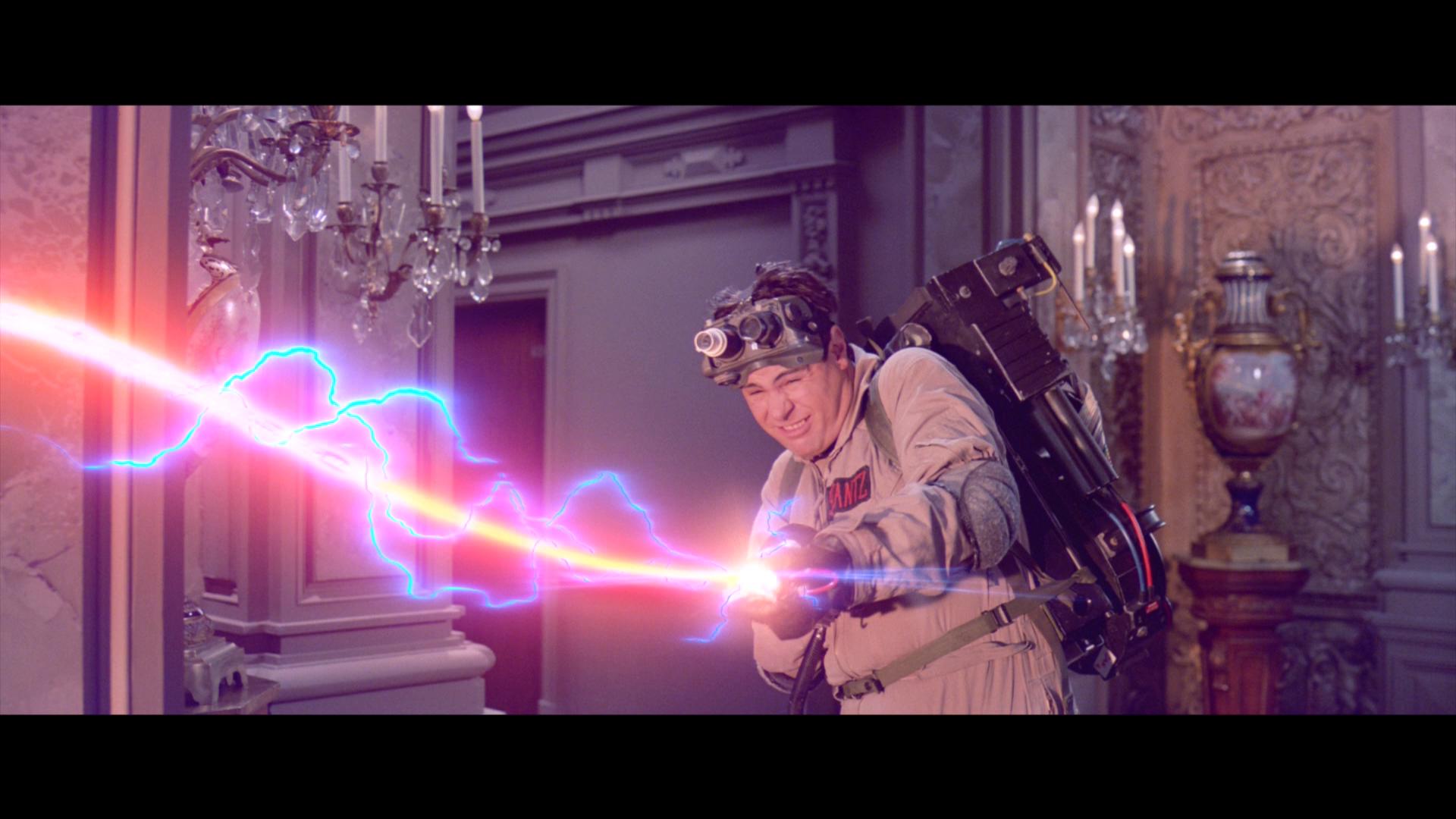 Ghostbusters comes in a standard two-disc amaray case.  In that case, the 4K UHD copy and the standard Blu-ray copy; neither of those discs feature any artwork that’s related to the movie outside of the standard text.  There is a digital copy redemption pamphlet, and if you’re lucky enough, a slipcover that was originally made available in the first pressing of the release.  Unfortunately, my copy was not from that first pressing. 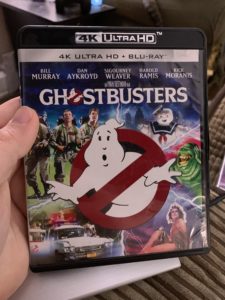 Given that Ghostbusters was one of the first few titles to be released onto the 4K UHD format, it’s not surprising to see that there aren’t any special features included on the UHD disc. All available content is made available on the included Blu-ray copy, and offers not only a look at some of the production work, but a look into the storyline and the experiences that were had and shared among cast and crew members. Included with this release is: 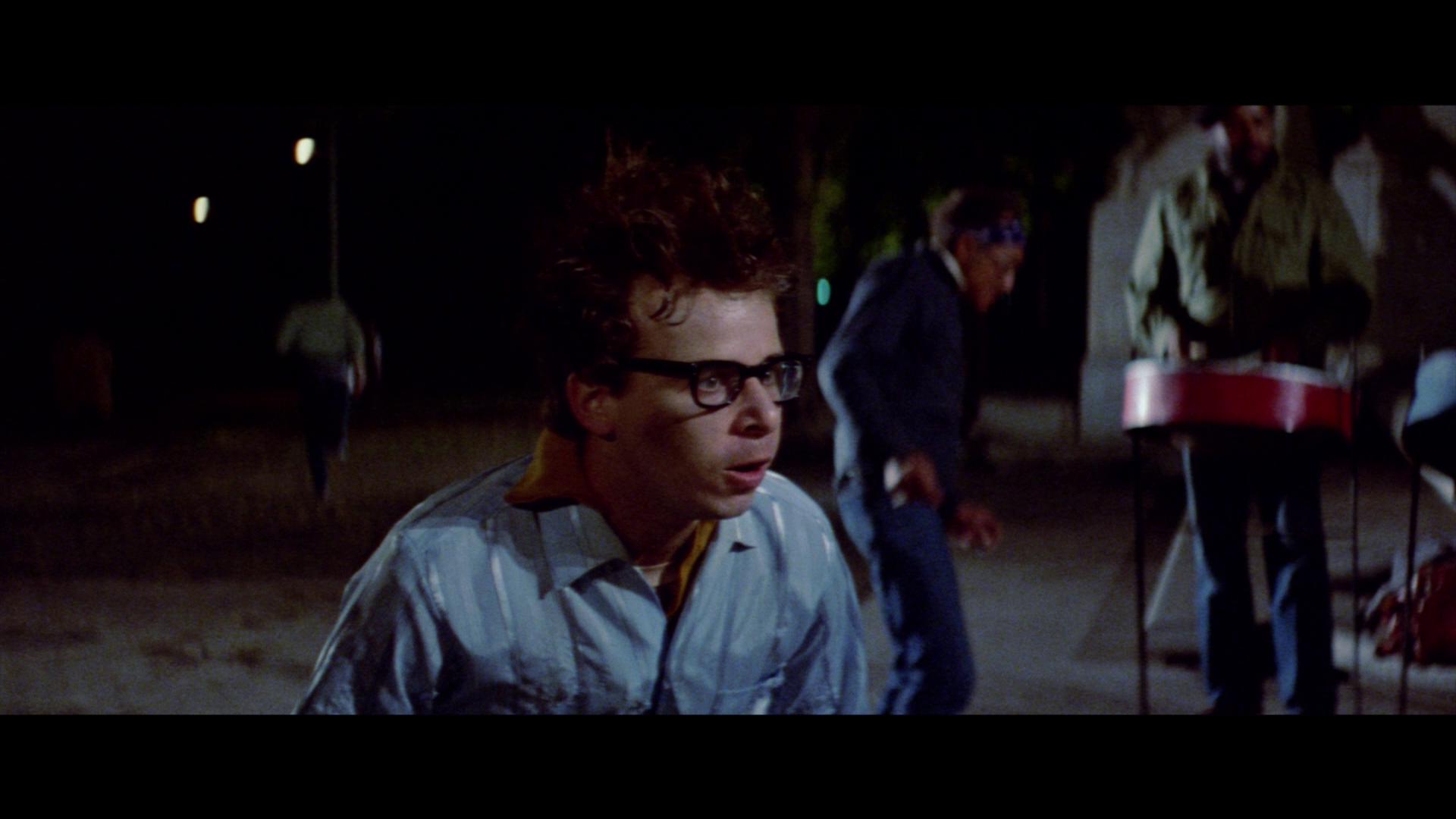 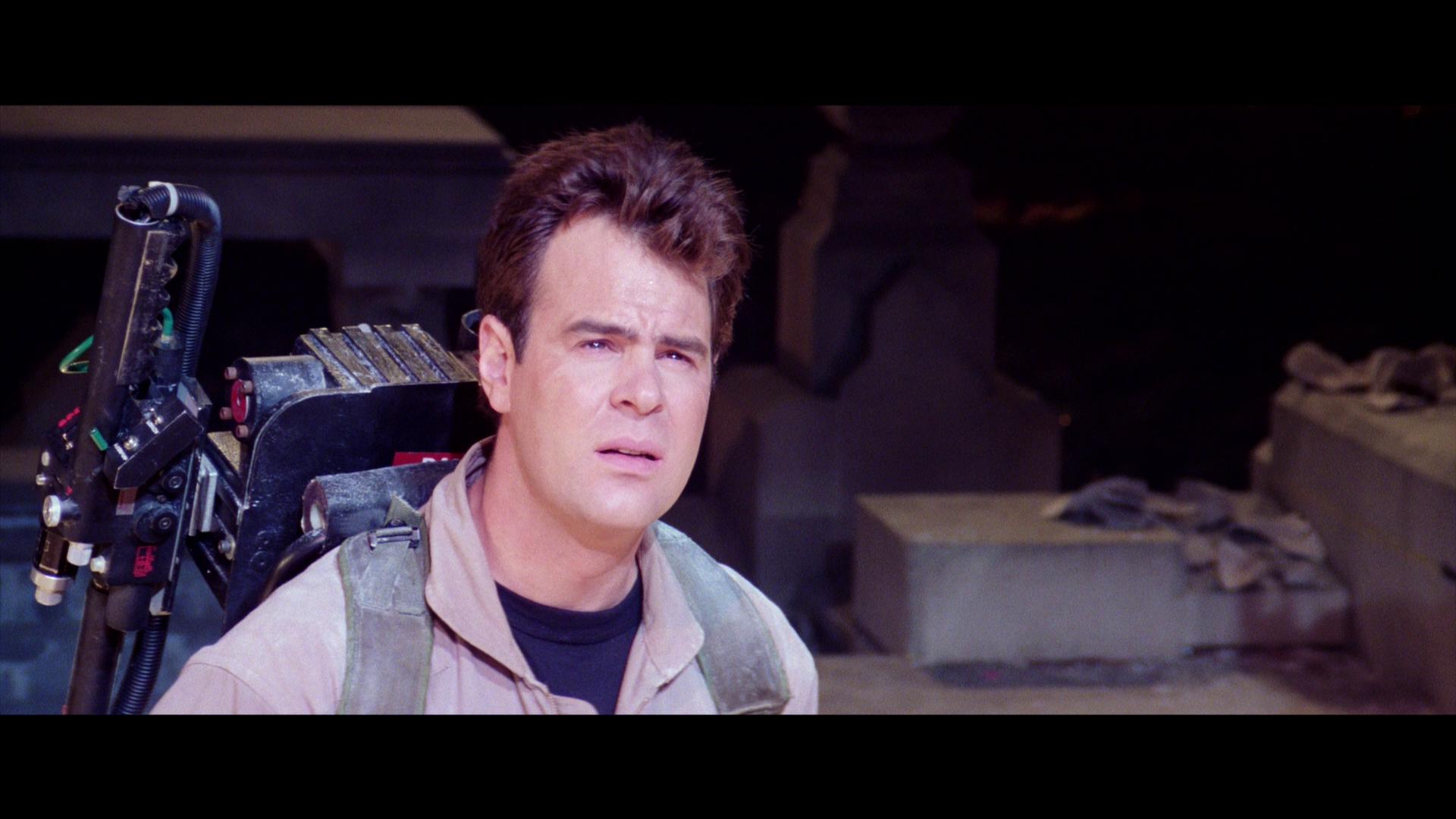 Overall, I’m definitely happy that I opted to pick up Ghostbusters on 4K during a recent sale at Best Buy. Re-visiting this classic that’s been a personal favorite since my childhood, seeing the presentation of the 4K release offered a unique experience that could only be described as matching that of my imagination from my youth. The audio and video presentation of this release were stellar, and offered a good number of details that had previously gone missed in the number of times that I’d seen this movie. The special features included with this release are considerably in depth and explore a good bit of production work and experiences that were had. If you’re considering this release for your collection, I definitely recommend grabbing it if you already do not have the “mastered in 4k” Blu-ray copies. Ghostbusters is available on 4K UHD today. 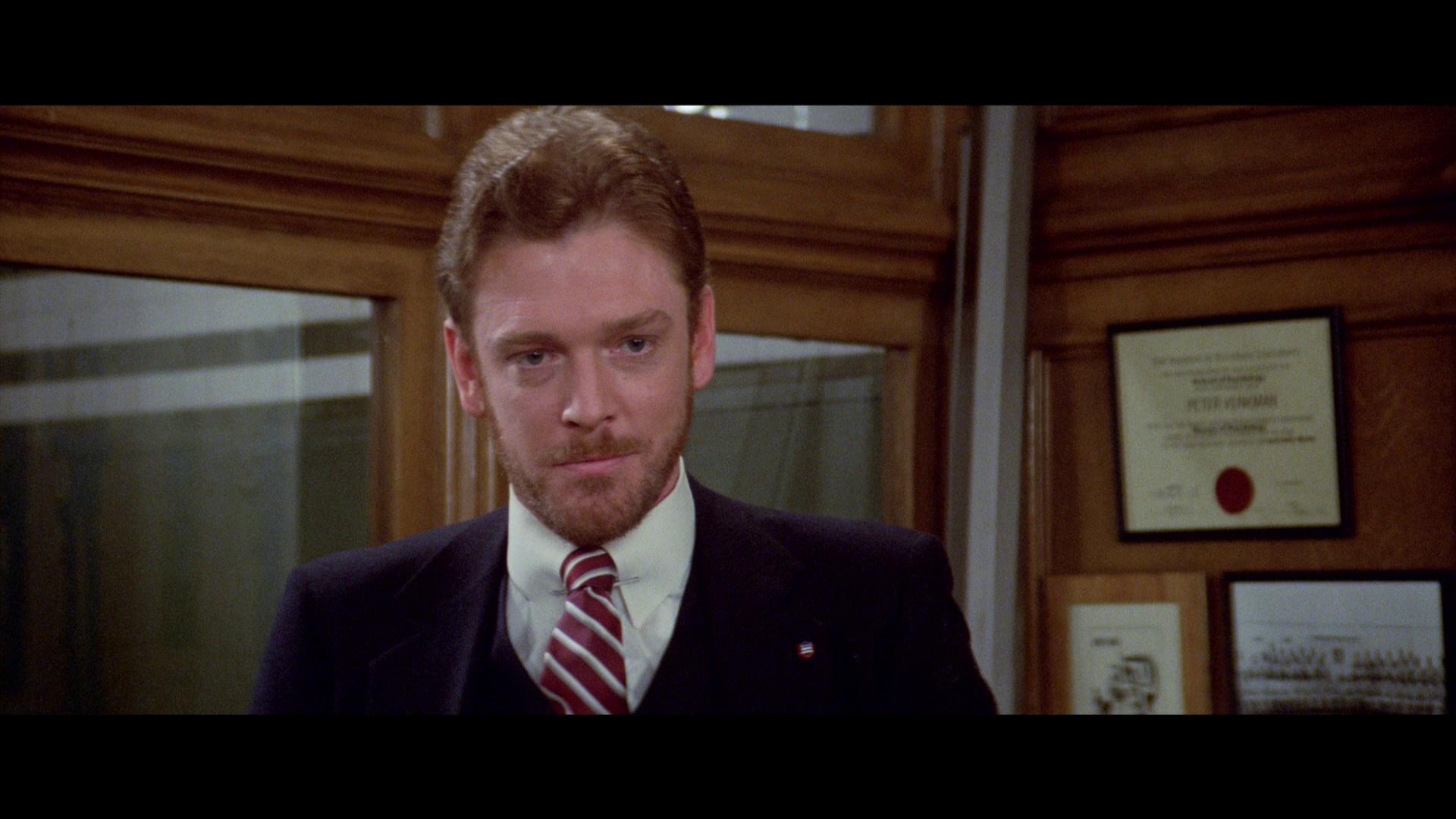