Ghostbusters, or as it’s been renamed to for home release, Ghostbusters: Answer the Call is a 2016 American supernatural comedy film that was directed by Paul Fieg.  While written by Fieg and Katie Dippold, the movie stars Melissa McCarthy, Kristen Wiig, Kate McKinnon, Leslie Jones and Chris Hemsworth and is the third feature film of the Ghostbusters franchise.  Serving as a reboot to the previous films, the third film had been in various stages of development ever since the release of Ghostbusters II in 1989.  As a result of the original cast member Bill Murray’s refusal to commit to the project and the untimely death of Harold Ramis in 2014, Sony made the ultimate decision to reboot the series.  Many of the original series’ cast members make cameo appearances in new roles throughout the film.  The film made its US theatrical debut in July 2016 and grossed $228 million worldwide against a production budget of $144 million and was considered to be a box office disappointment due to expensive marketing costs and disappointing reviews.

The film tells us the story of Abby Yates, Erin Gilbert, Jillian Holtsmann, and Patty Tolan and their quest to not only learn more about some of the paranormal activities that they’ve experienced, but to also make it known to the world.  Having experienced a variety of phenomena throughout their lives, they still had absolutely no idea of what exactly the adventure ahead of them included.  The group eventually has an encounter with a ghost named Rowan North, an occultist and mad scientist who is trying to bring about the apocalypse.  Will this disaster bring about opportunity for these women to explore the supernatural phenomena?  Or will they go down in history as the relentless quacks that society obviously thinks that they are? 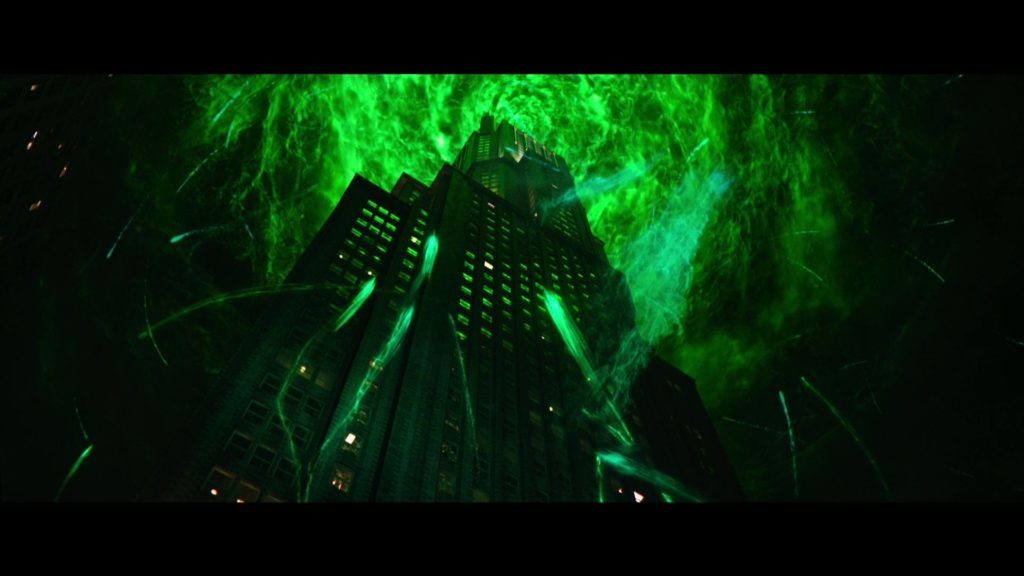 Let’s just say that I completely understand as to why the new Ghostbusters received the amount of negativity that it did.  A lot of us had grown up with the classic original films that we all love; can you imagine how great it would have been to see the original gang on the big screen again?  I mean, if the filmmakers had stuck with the typical antics that we enjoyed in the earlier films, it would have been an awesome time.  However, with all of that said, the reboot of this film wasn’t really all that bad.  Sure it had some moments where I found myself rolling my eyes at what was being brought to my screen, but as a reboot of the series, trying to present itself to a new generation of moviegoers, I really enjoyed what this release had to offer.  There were moments of laughter, there were moments of suspense, and the story was pretty solid throughout; I couldn’t have asked for more, but I did go in with low standards.  Not to mention, it was really great to see the original cast members in their new roles in this film, considering they had a part in the film’s production. I couldn’t help but smile seeing these familiar faces on screen again. 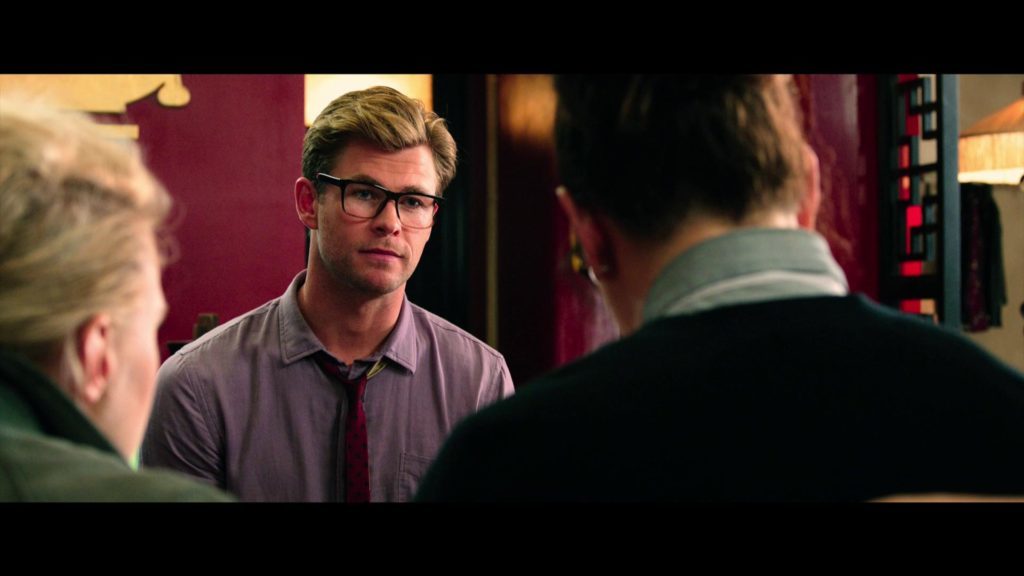 Considered what is to be known as “fake 4K”, having been shot in 2.8k, with special effects rendered at 2k and having a 2k digital intermediate; the UHD release of Ghostbusters (2016) still looked really good on my home television.  Ultimately that feeling is a result of the inclusion of HDR and the additional boost that it gives to the visual presentation; this seems to be the biggest draw so far with many of these “fake 4K” titles, where the resolution upscale is really not the selling point. With this release, the colors were sharp and really vivid, and the darker scenes played out extremely well allowing the audience to be able to visually understand everything despite much of the film taking place at night.  I thoroughly enjoyed the special effects for the ghost scenes as they allowed for a much more realistic feel to the supernatural presences.  Hell, the ultimate scene with Rowan felt the most realistic, as I was able to see the grain in the cloth of his clothing.  One additional thing to note was that I watched the 2D version of the film, but there are various scenes that were obviously setup for the three-dimensional appeal of the 3D Blu-ray. These scenes actually helped add some extra depth to the 2D visuals, and were not a distraction, although they are noticeable. 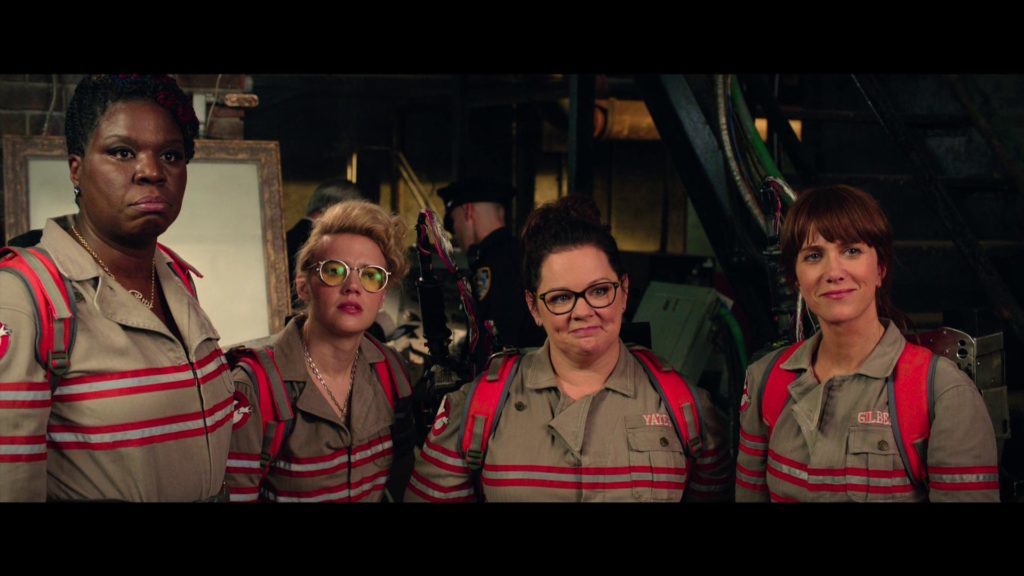 Featuring my all-time favorite audio technology, Ghostbusters (2016) comes bearing a Dolby Atmos track. The Atmos technology allows its audience to experience the goofy antics of the crew and the paranormal experiences from all possible angles in your home theater.  Having the ability to hear the ghosts or the havoc in the downtown area as the cast moved throughout their scenes leaves you comfortable and makes for an easy-listening audio experience.  With the audio quality that’s presented in this release, it definitely was a better experience than the average movie theater. Welcome to 2016, where your home theater can output better audio than an average to low-end movie theater; what a time to be alive! Hearing the rigorous roar of my SB-2000 subwoofer from SVS as the team tries to thwart their ghostly friends, it felt as if I were right there in the middle of the action as the bass really impacted me physically. 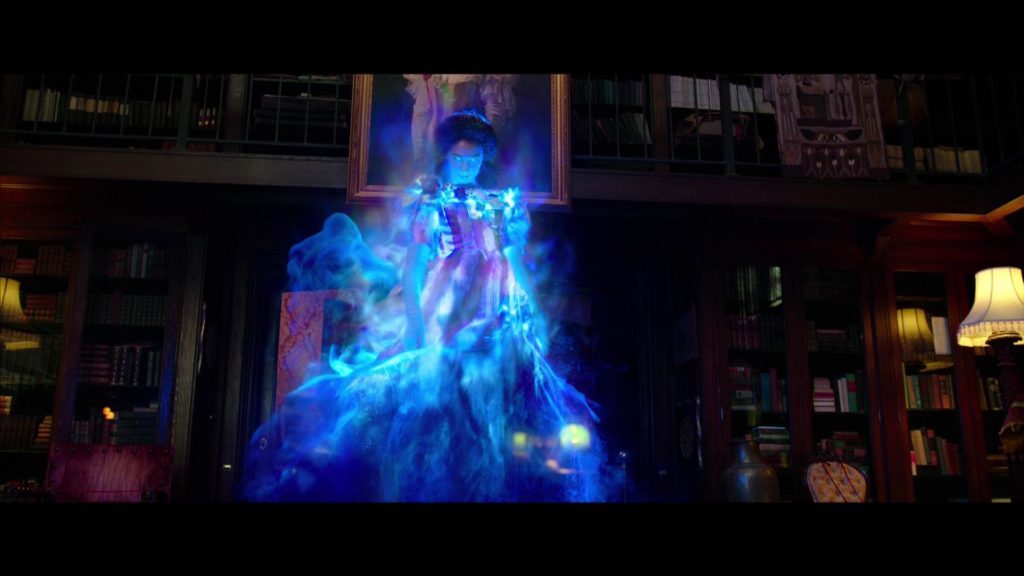 The 4k UHD release of Ghostbusters (2016) comes packaged in a black UHD amaray case.  However, this amaray case is unlike any others that UHD releases come in as this is the first feature film to include the 3D Blu-ray.  With the inclusion of this disc, the packaging is a thicker case, similar to the Blu-ray cases in the UK.  Included with this release is the standard 4K UHD Blu-ray, the 3D Blu-ray, the standard Blu-ray and a digital copy redemption pamphlet.  There is also a slipcover for this release included with the first pressing. 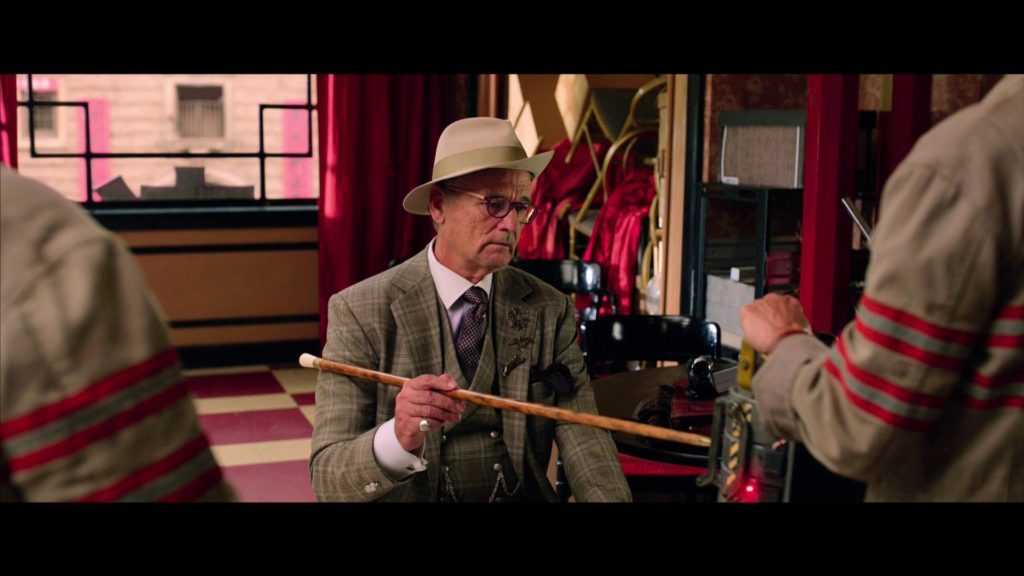 Overall, like I had said, I really enjoyed Ghostbusters (2016).  Despite receiving a significant amount of flack mostly because it pales into comparison to the originals, it really was a great time.  Considering that it’s a reboot, it should be treated as its independent film, and when you look at it like that, it isn’t all that bad.  The visual presentation was great despite being one of the “fake 4K” releases, and the audio experience was more than pleasing to my ears.  If you’re into the UHD format, definitely consider picking this one up. 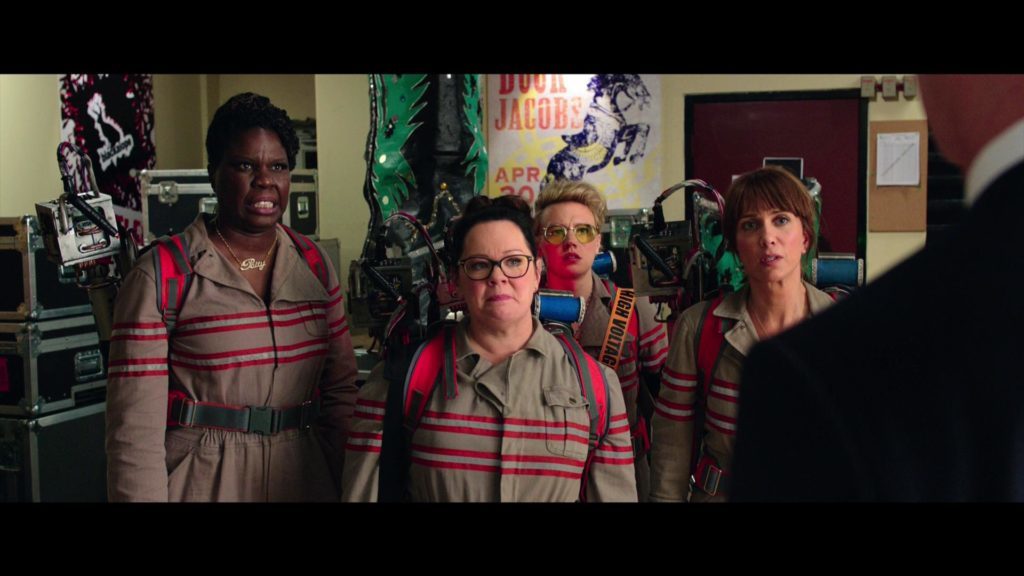