1995 and 1996 were interesting years for film, seeing the theatrical releases of two Tales From the Crypt spin-off films Demon Knight and Bordello of Blood, respectively.  What some may not know, however, was that a third film was planned (even before the long-shelved Ritual ever saw the light of day) called The Frighteners.  Producer Robert Zemeckis, in his infinite wisdom, decided to keep the script stand-alone, and tapped the relatively unknown New Zealand Director Peter Jackson and his producing partner Fran Walsh to bring the film to life.

Michael J. Fox stars as Frank Bannister, a psychic con-man exploiting dead to make a living.  He’s not very well liked around town seeing as how everyone except the sheriff thinks he murdered his wife, but that doesn’t stop him from playing his pseudo ghost busting trade with his dead pals Stuart, Cyrus, and the Judge.  But aside from a few ghost problems, the city of Fairwater, California is a pretty nice place, even considering the large number of sudden, inexplicable deaths that appear to be heart attacks.

Frank’s past soon comes back to haunt him once he starts seeing phantom ascending numbers carved into people’s foreheads right before a large, cloaked apparition resembling Death himself appears to claim the souls of the living.  This makes things personal for Frank, because when his wife’s body was discovered she was also found with a number carved into her head.  With the bodies piling up, and more suspicion turned towards Frank, can he save the town and himself before it’s too late? 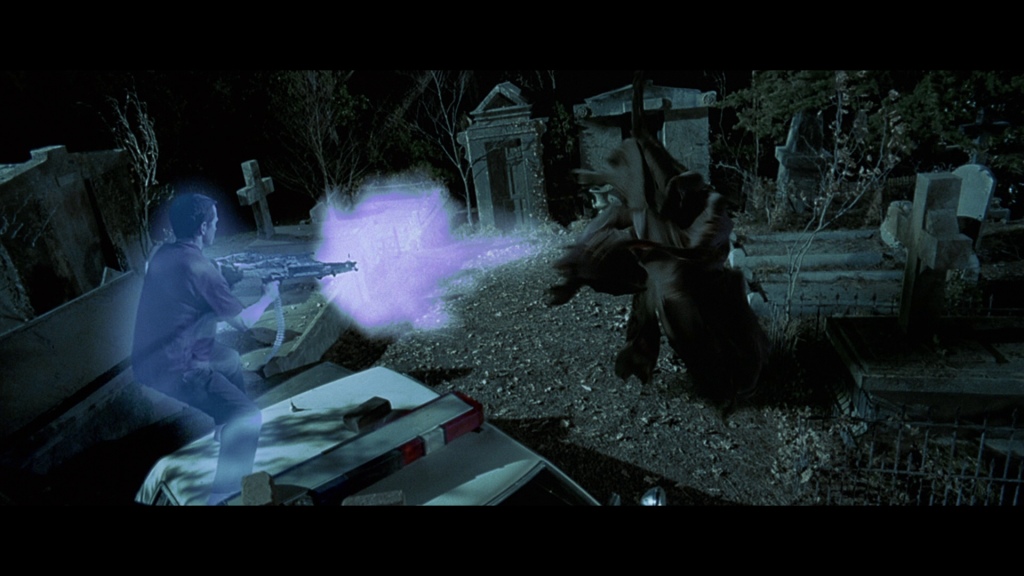 The Frighteners is a fun film, but “fun” doesn’t always mean “good.”  When it works it’s firing on the same cylinders that Ghostbusters does, or The Burbs, for that matter, and the quirky fun of other early Peter Jackson movies is readily apparent.  Sadly, The Frighteners has a little bit of an identity crisis.  At times, it doesn’t know if it wants to be a horror film or a comedy, and I think committing more one way or another would have made it a stronger film overall.

However, if you’re a Jeffrey Combs fan, his performance as FBI agent Milton Dammers is one of the best of his career, and that’s saying something.  As an expert on occult phenomenon, he exudes a creepy menace that manages to toe the line between comedy and horror.  Not many actors can rock the Hitler haircut as well as him, either. 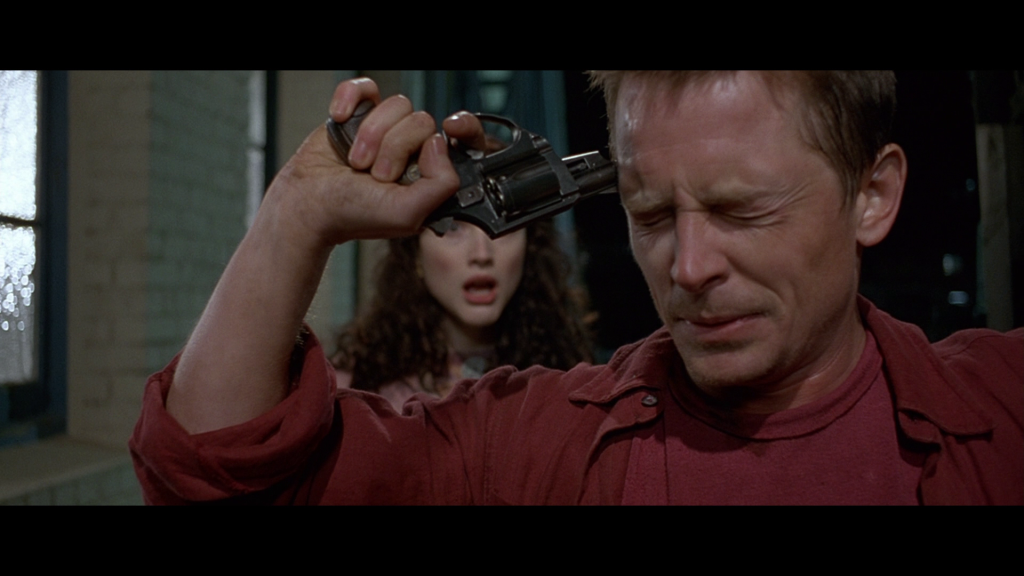 The presentation on the Blu-ray is top notch.  Some older films suffer from the Blu-ray treatment when it comes to special effects, but thankfully that isn’t the case here.  It’s the debut film from WETA, and they really knock it out of the park. The ghosts look fantastic on Blu-ray, and every bit of slimy ectoplasm dripping off them is on full display while still maintaining an ethereal look about them.  Even the few green screen shots have aged well, which not many films from this era can boast.

The transfer of the film itself really stands out as well, with no compression artifacts and solid, separate blacks that are crucial to the transitions in the final act of the film.  The level of detail the transfer provides even gives the film a clean look, which is an interesting contrast to the horror elements presented. 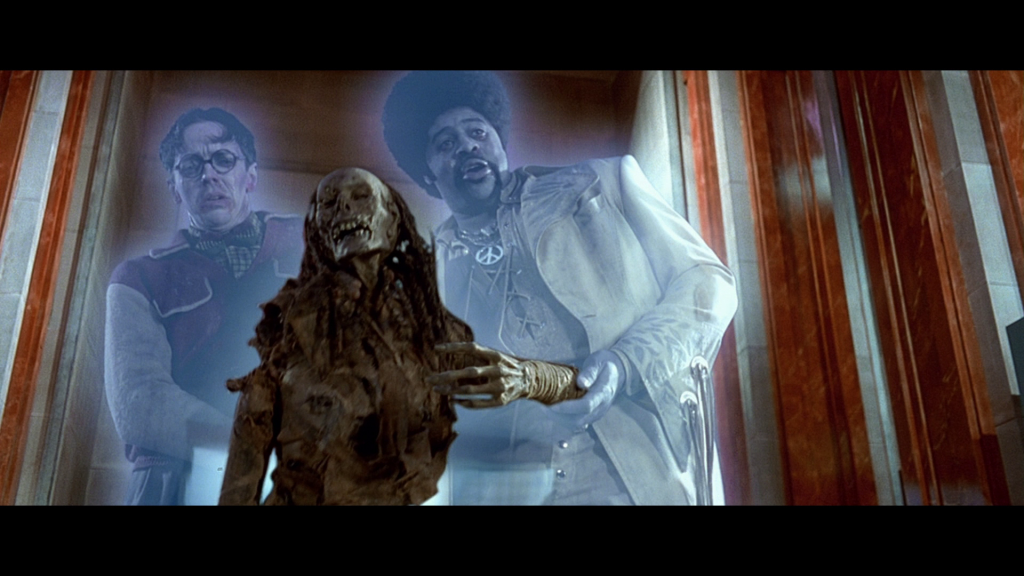 The audio presentation is nice and beefy, with bass heavy score by Danny Elfman that will punish your subwoofer, but not overpower the dialogue during crucial scenes.  I only had to turn the volume down once, and that’s quite a compliment.  If The Frighteners were a better film overall, the Blu-ray could be used as home theater demo disc material.

This is a pretty sweet set of special features on this offering.  None of which are new, and are all ported from the 10th anniversary DVD, which were in turn ported from the laserdisc, but I don’t really know what could have been added to this already extensive package.  All of the supplements are in SD, because I don’t think they could be redone in HD fifteen years after the fact.

The disc contains both the theatrical and director’s cut, which adds thirteen minutes of footage.

Then we’ve got Peter Jackson’s 2o05 intro to the 1oth Anniversary Edition.  It’s short, sweet, and you’d never watch a second time if it didn’t play before the director’s cut of the film by default.

An in-depth commentary track from Peter Jackson also accompanies the director’s cut.  It’s a very educational track, and Jackson explains where cut footage was re-inserted and offers insight into the various stages of production.

The Making of The Frighteners is the almost four hour long behind the scenes making of documentary, and if that wasn’t enough, you’ve got another forty-five minutes of storyboards.  For those Sunday afternoons when you’ve got nothing else to do.

Then you’ve got the trailer to close out the package. 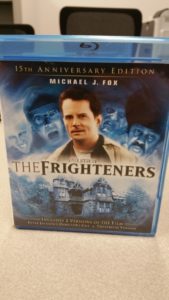 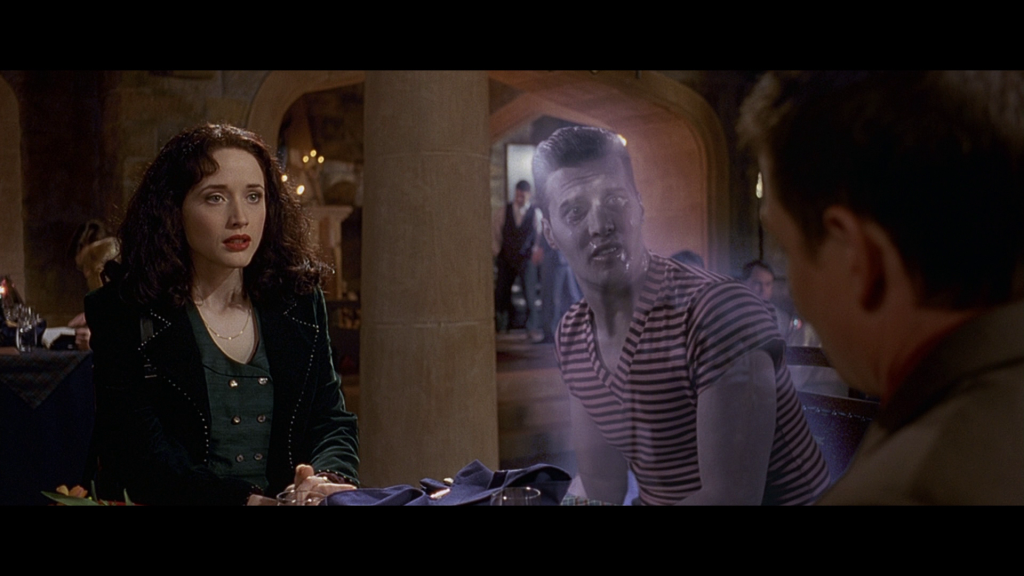 Minus a few hiccups in the narrative and pacing of the film, it works really well.  It’s definitely Peter Jackson’s forgotten “gem,” debuting prior to the Lord of the Rings and after Braindead.  The Frighteners, as I said previously, it’s a fun movie so long as you don’t set your expectations too high.