Forsaken brings Keifer and Donald Sutherland together for the first time as John Henry Clayton and his father, the Reverend of Fowler, Wyoming in 1872. Featuring a stellar cast including Demi Moore, Michael Wincott, Brian Cox, and directed by Jon Cassar (of “24” fame), this well acted and beautifully shot story is sure to become a modern day western classic. Let’s dive in.

Having left to go to war, and then failing to return for several years after, John Henry Clayton finally finds his way back home to a widowed father who struggles to forgive his son, the town in a struggle, and the love of his life married off with a family of her own.

Forsaken includes a lot of what you want out of a good western: gunslinging, gangs, evil steel interests, and, of course, love and family. In fact, I would guess that if there were a checklist out there of what makes the best westerns, this would hit every point.

John Henry Clayton and his father provide an incredibly believable and powerful struggle as they carefully interact with each other throughout the film. Each man has his internal struggles that they go through as the town itself also faces a dangerous and unpredictable gang that will do anything to get the farm lands to lay down a railroad.

The Sutherlands absolutely shine together in this film, which adds a depth that I feel could only have been achieved by a real life father and son duo working together. From the very first look they give each other on screen through to the ending, every moment they share feels absolutely real, which really drives home the emotion and pain each character feels. This alone is enough to make this movie stand out to me, but the energy we get from these two men seems to have fueled the rest of the cast as well, as the entire ensemble shows up and performs perfectly.

If you look around the internet at other reviews, or if you watch the “Making Of” special feature, you are going to hear the word “simple” used many times to describe this film. While being an apt description, don’t let it fool you. It is indeed simple in it’s storytelling and execution, but very consciously so. They set out to make this film feel like the western classics that have all transcended time because of the same attribute, and they have succeeded in a big way. Forsaken stands well on its’ own when compared to others in its’ genre, and, in my opinion is today’s Shane or Red River.

If you are a fan of the genre, or are looking for a fantastic story with plenty of drama to boot, Forsaken is well worth the 90 minute runtime. 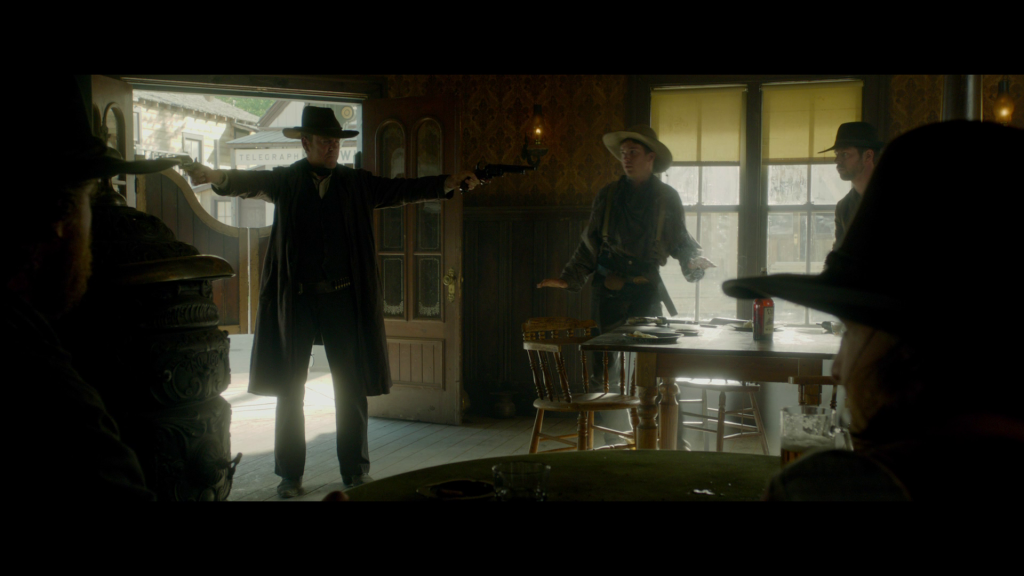 Forsaken is a good looking movie. The scenery is very pretty to look at, and there’s just something to the look and feel of the old west that is satisfying to watch, which is why Westerns do such a good job of holding up over time. Even the black and white classics look great to this day.

The colors, often shades of brown, all come through well enough, and the image is for the most part quite sharp (backdrops can be a bit blurry at times, but this could be a design call more than anything technical). It looks quite good on screen.

Having said that, this film looks almost too “new”, and it might take you out of the scene once or twice during a watch. The sets and costumes will look less worse for wear than you would expect given the harshness of life back in the 1800s. This is, of course, is a subjective observation, but something that stuck with me regardless. There is an almost uncanny valley when dealing with films in these resolutions where you can really see fine details that can sometimes pull you away, and that unfortunately happened a time or two during my watch. 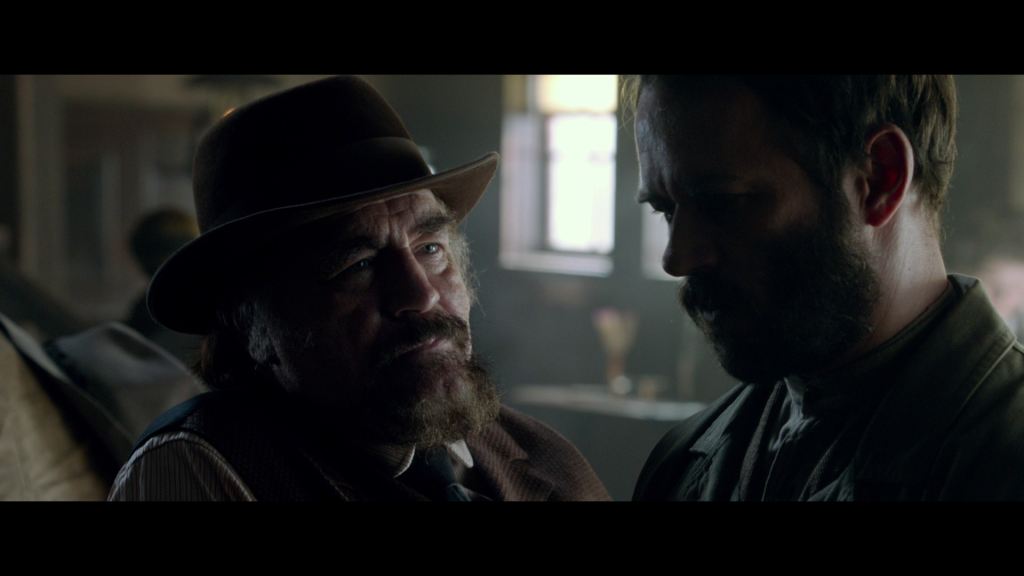 With a DTS-HD Master Audio 5.1 channel surround track, this Blu-ray sounds fantastic. Dialog is never obscured by action, and there are plenty of satisfying surround moments. Gunshots crack out in a very pleasing, boomy way, with splintering wood flexing surround speakers, giving you a pleasant 3d soundscape. 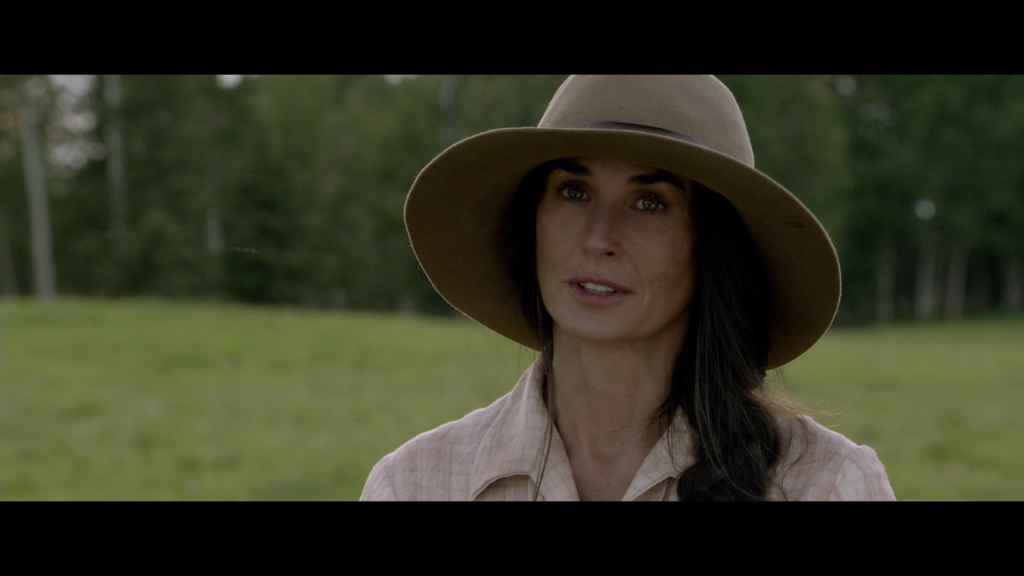 Unfortunately, this is a fairly lackluster release in terms of packaging. Just the standard one sided art sleeve and disc. 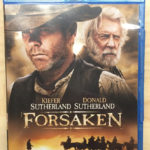 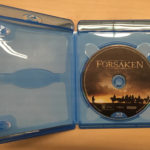 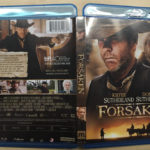 The only real disappointment with this release is the lack of extra features. Included is a single making of featurette that leaves you wishing for more. Clocking in at around 12 minutes, you’ll learn more about the making of, the casting, and get a better look at the Sutherland’s working together; definitely not enough.

Regardless of the barebones feeling of the release, this stellar film has likely slipped between the cracks and gone unnoticed to many. Forsaken is quite likely in the top 5 Westerns from the last 30 or so years (which may not be saying a ton considering the lack of titles in the genre, but fans of the old west will rejoice). Do yourself a favor and scoop this one up. 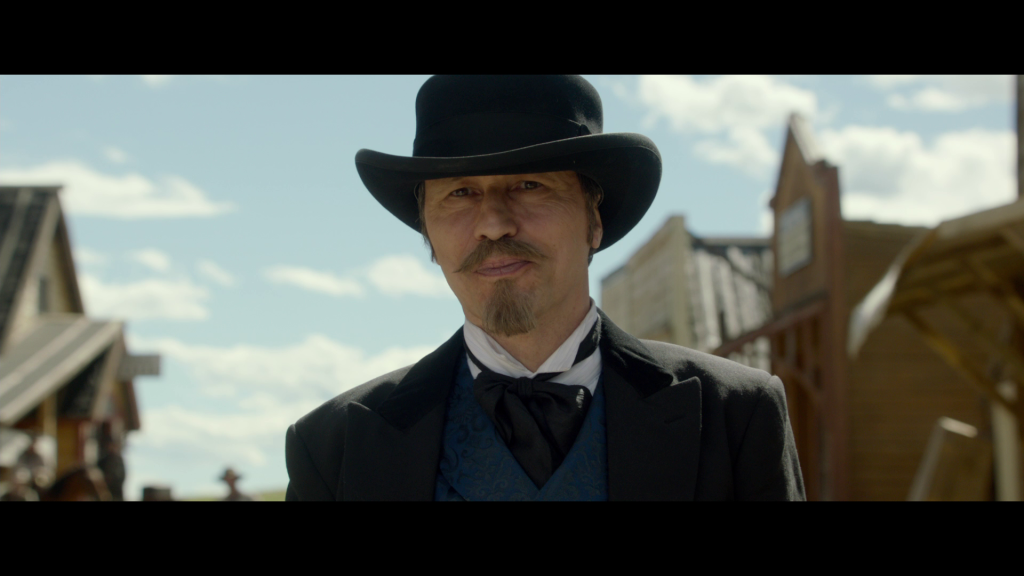