First Reformed is a 2017 American drama film that was written and directed by Paul Schrader. It stars Ethan Hawke, Amanda Seyfried, and Cedric Kyles, and follows a Protestant minister who is faced with questions of faith and morality while serving as a pastor of a dwindling historical church.

Following Reverend Ernst Troller of the First Reformed church in Snowbridge, New York as he is writing down his thoughts in a journal for a year, after which he intends to destroy it. First Reformed, a 250-year-old Dutch Reformed Church is facing a dwindling in attendance, but is receiving support from a nearby megachuch, Abundant Life, which owns the historical landmark as it had once been a stop on the Underground Railroad.

The film was screened in the main competition section of the 74th Venice International Film Festival on August 31, 2017, and was released in the United States on May 18, 2018, by A24 Films. First Reformed ended up grossing $100,270 from the four theaters that was playing it during its limited opening weekend, with an average of $25,068 per venue, it was considered to be the best of Schrader’s career. 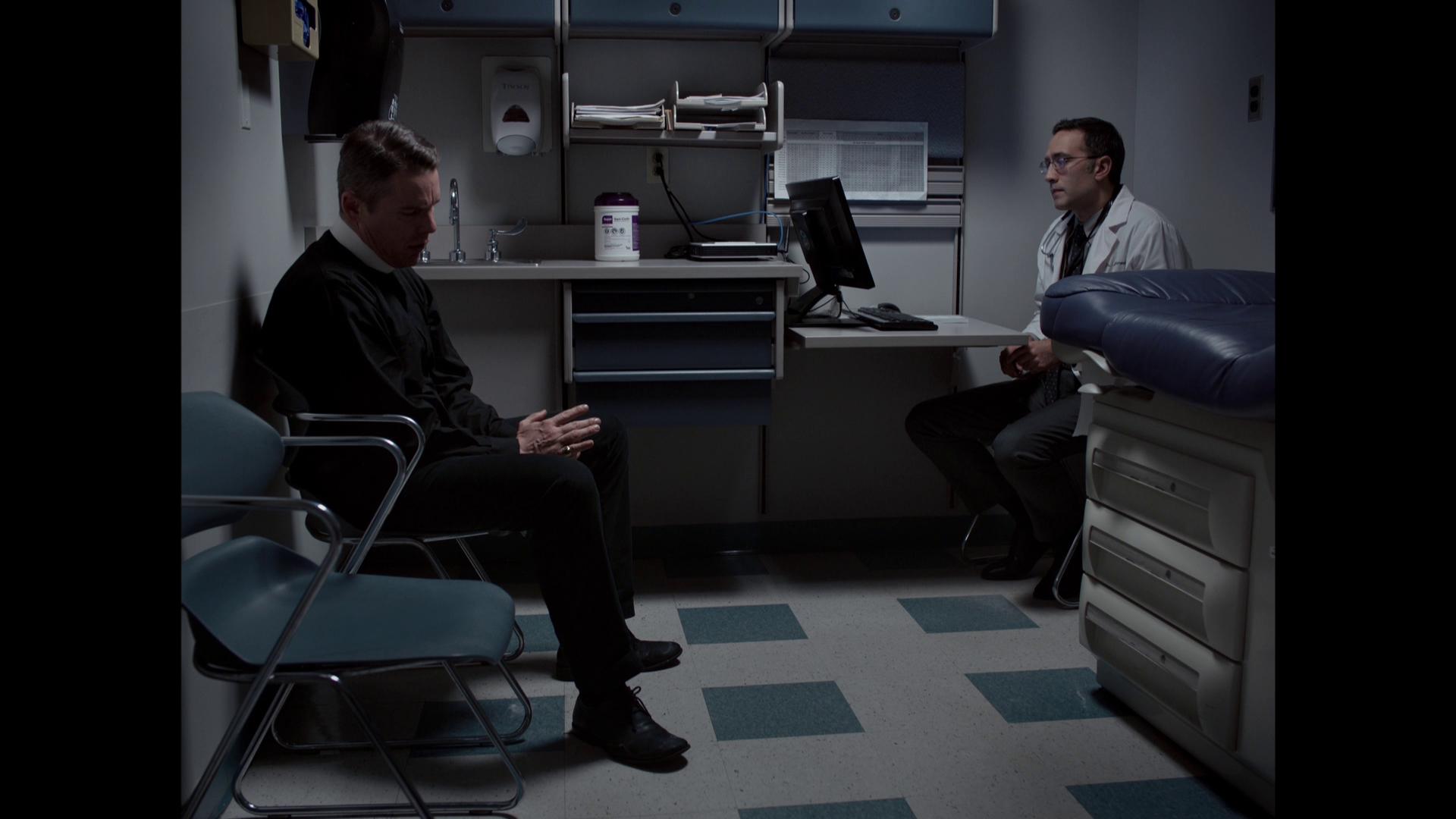 First Reformed is a movie that, once you get that initial foundation under your belt, really kicks some ass in terms of both storyline and experiences.  The plot follows the Reverend whose faith is being tested day by day as people continue about their venture to reconcile hope in a world where they feel hopeless.  Being a considerably rare type of film, it will leave you more questions left to be answered with a deeper, more detail oriented second viewing.  Demanding serious focus from beginning to end, First Reformed is a movie that must be seen in a dark room with no distractions or potential for unnecessary sound so you can give it the full relinquished attention that it absolutely deserves.  Hawke’s performance is hands down, one of the absolute best that I’ve personally seen him in recently, and should absolutely be praised. 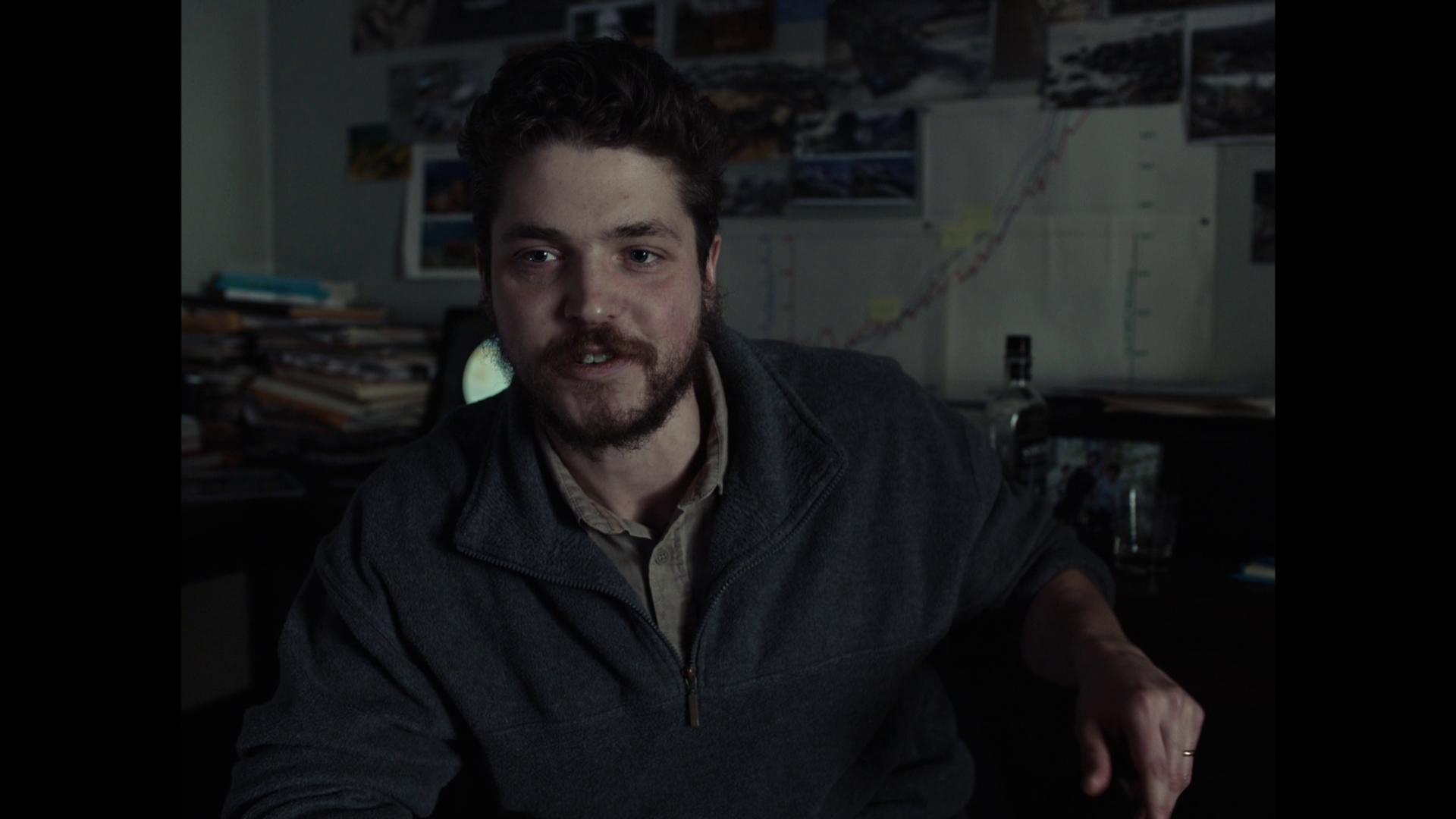 Presented 1080p with a 1.33:1 aspect ratio, First Reformed is brought to us from Lionsgate Films and A24 Studios.  Offering an absolutely clean and crystal clear look into the story of this church and those who operate it as they question their belief system, and life in general as he struggles to come to reason with his tormented past.  The overall color undertones that accompanied the various scenes in this film really did a number in conveying the emotion of the characters, with brighter tones used in a more neutral or positive stance, and darker, more washed tones to convey the seriousness or stressed out mood of the character on screen.  The finer details of the scenes were presented beautifully, allowing for a distinct attention to detail, and opening up the possibility for more questions to be asked as you progress onward. 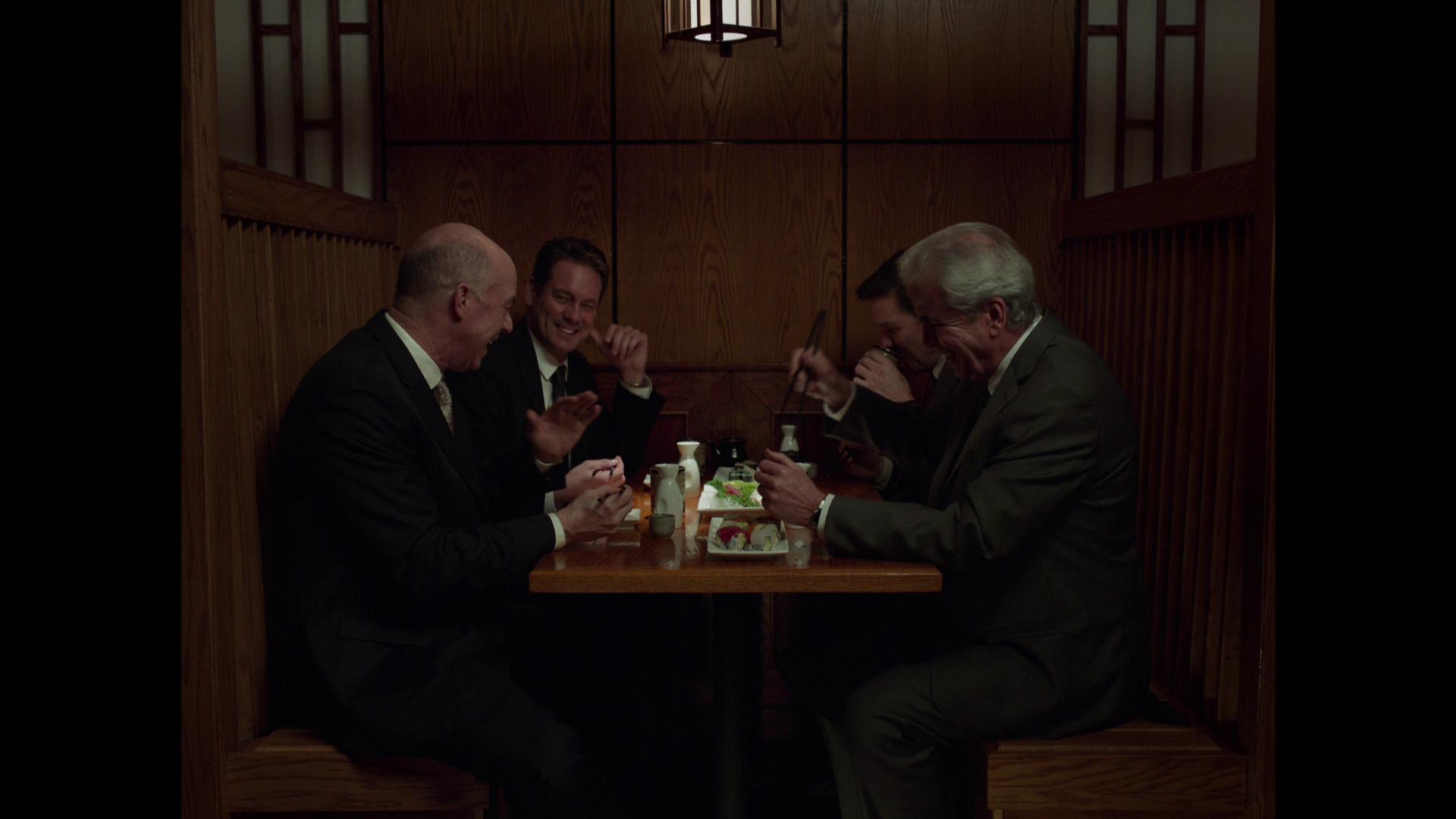 Packaged with an English DTS-HD Master Audio 5.1 mix, First Reformed does absolutely everything that it can to offer an all out immersive experience for its audience.  Normally, I would have expected there to be a better experience had there been an inclusion of the surround channels; but, this film didn’t necessarily call for that.  The emulation of that surround effect was more than enough to provide a significant and powerful experience while my wife and I watched the other night.  Dialogue is spoken clean and clear, allowing for everybody to be heard and understood without having to manually adjust the volume levels as it played onward.  Allowing for the spoken word to take precedence over the ambient elements and the musical accompaniment. 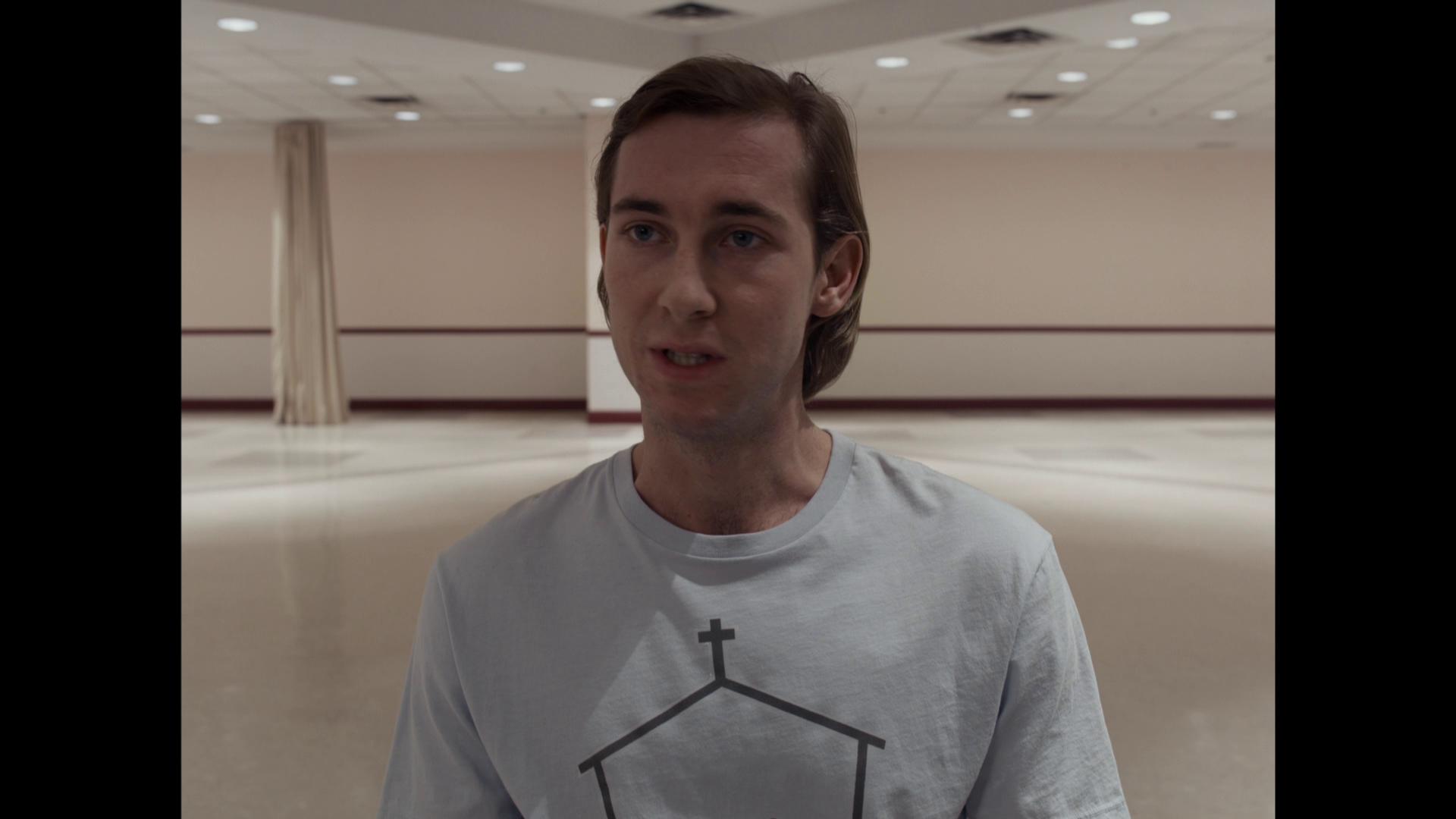 The Blu-ray release of First Reformed comes packaged in your standard single-disc Blu-ray amaray case.  Within that case is the standard Blu-ray copy of the movie, the disc featuring absolutely no artwork that’s related to the movie outside of the standard release text and generically solid colored background.  There are no DVD copies of the movie included; but, there is a digital copy redemption pamphlet that has been included for the various streaming platforms.  There is also a slipcover that’s been included during the original pressing of the release that features the same piece of artwork that has been provided on the case art. 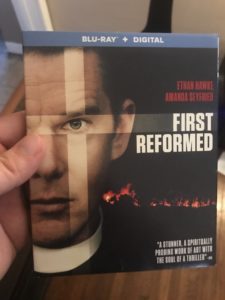 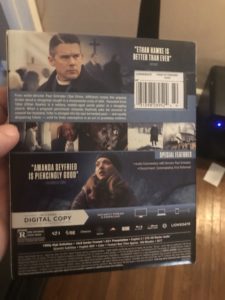 There are only a couple of special features that have been packaged with the Blu-ray release of First Reformed.  The content that has been included offers more of a look at the experiences that were shared by the cast and crew during production, as well as some thoughts that went through the production staff’s mind as they were working this story out.  I personally would have loved to have seen more content in terms of an expansion of the storyline as that is pretty sparse with this release.  However, with the content that has been provided, and despite the lack of additional architecture, what has been included was really nicely done.  Included with this release is: 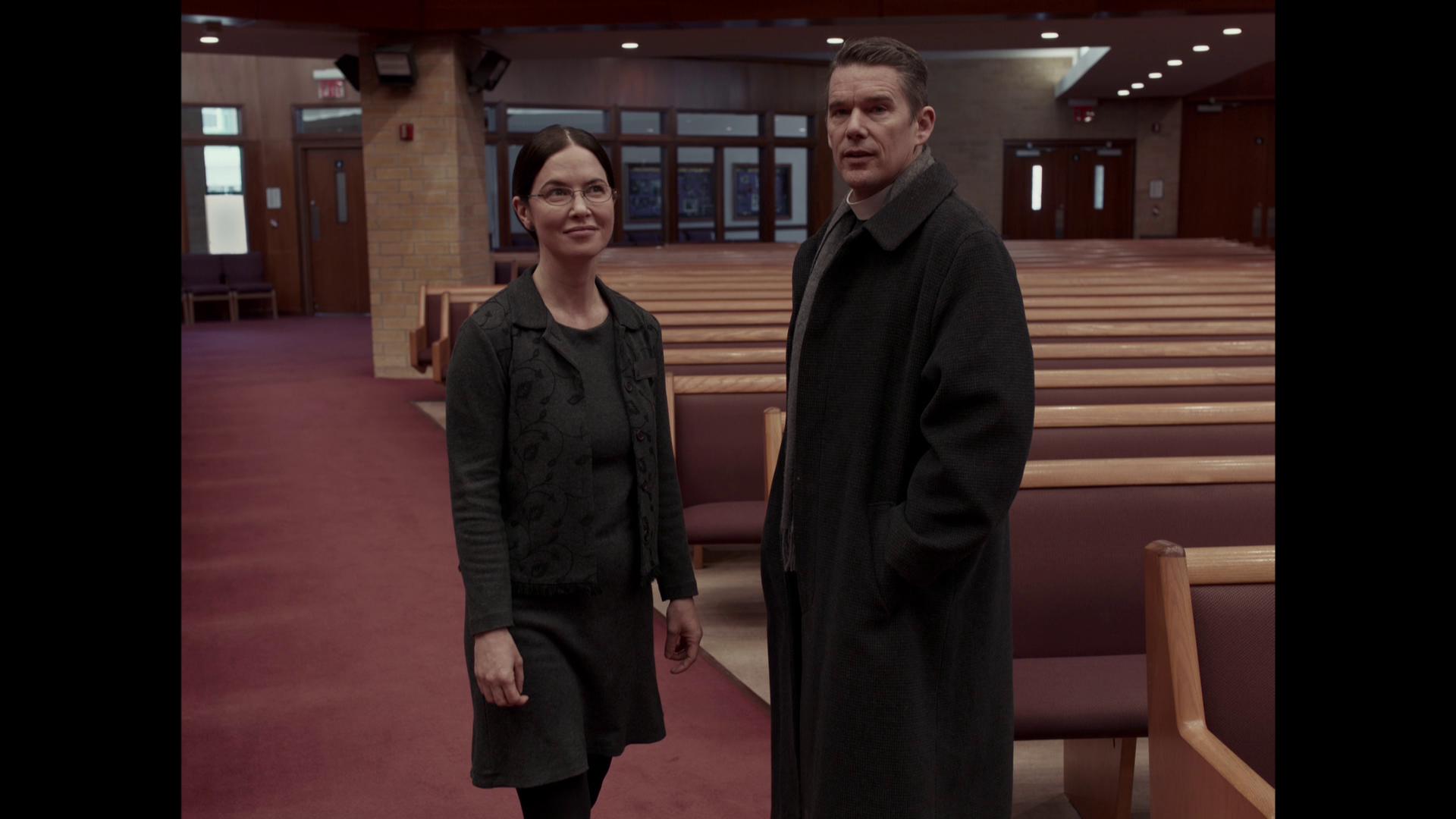 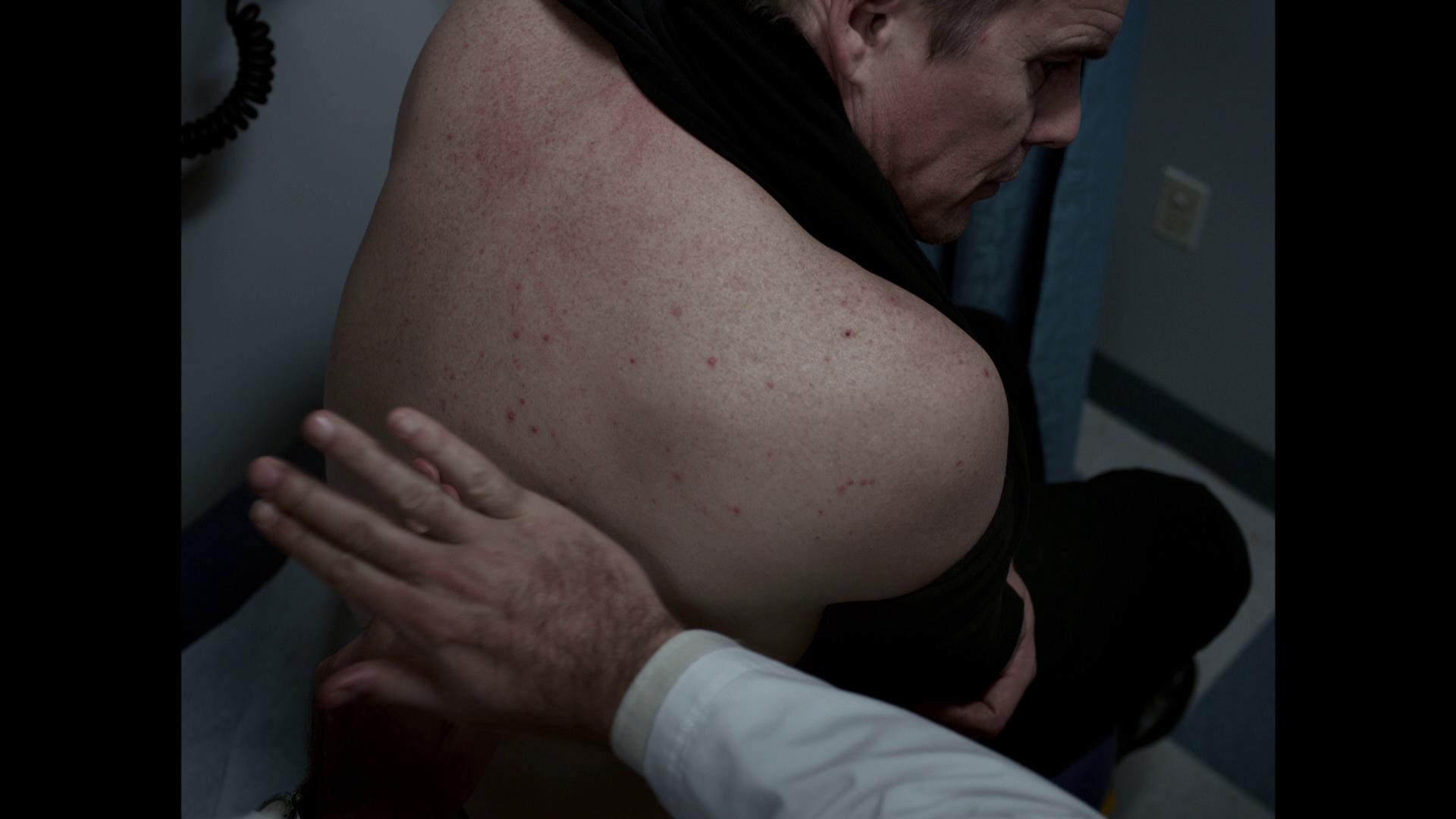 Overall, I found that myself and my wife both loved First Reformed.  The story and experience that this movie provides is one of a kind that really pulls you in right at the start and holds your attention through until the end.  The visual and audible presentation of the Blu-ray release were really well done, and did a fantastic job at not distorting the experience, and really power-housing through my home theater system.  Sure, the special features could have been more robust.  But, all in all, I’m not really going to complain too terribly much.  If you’re considering this release for your collection, I would absolutely recommend picking it up on release day.  First Reformed will be available on Blu-ray and DVD beginning on Tuesday, August 21, 2018. 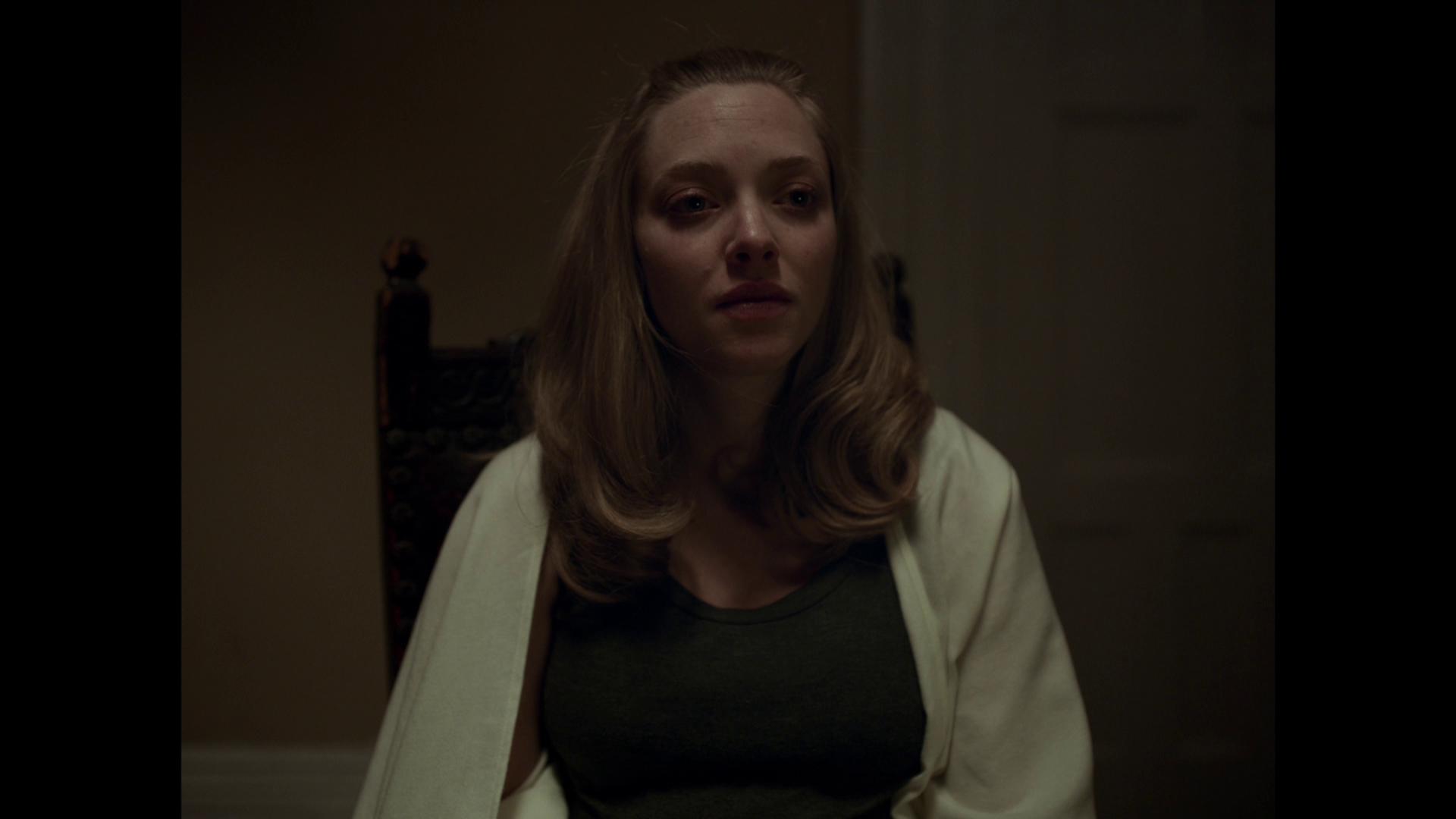