The First Purge is a 2018 American horror film that was directed by Gerard McMurray and starring Y’lan Noel, Lex Scott Davis, Joivan Wade, Mugga, Luna Lauren Velez, Kristen Solis, and Marisa Tomei. The fourth installment in the Purge film franchise, it is a prequel depicting the origins of the first annual “Purge”, a 12-hour span that happens once a year in which all crime in America is legal. Written and produced by James DeMonaco, it marks the first film of the series not to be directed by him.

Taking place in 2014 as turmoil has caused the government to be overthrown by the New Founding Fathers of America (NFFA). Members Arlo Sabian and Dr. May Update announce an experiment to take place on Staten Island where, for 12 hours, citizens will be allowed to purge and release their inhibitions in any way that they choose.

The First Purge was released on July 4, 2018, by Universal Pictures. It has grossed over $135 million worldwide, becoming the highest grossing entry in the franchise, but, like its predecessors, received mixed reviews from critics.

The First Purge is a movie that surprisingly hits close to home, especially with the current state of society in relation to political beliefs. Featuring a story that predates that of the actual first film of the series, we are given a tale that shows the origin of the notorious event as people unleash their innermost desires (per-se) against fellow man. The majority of the film feels a little sluggish as they are working to build that foundation, and the origin story to accompany the insanity that’s been created and running for the past few years. But, once that foundation is set, things get pretty intense. There’s a decent amount of jump-scares throughout, and overall my wife and I thought it was an okay movie. I did have some issues with the beginning portions of the story as I felt that there could have been more substance as it felt too generalized; almost as if they tried to throw something together without really thinking it through so they could really get to the intensity of the even. 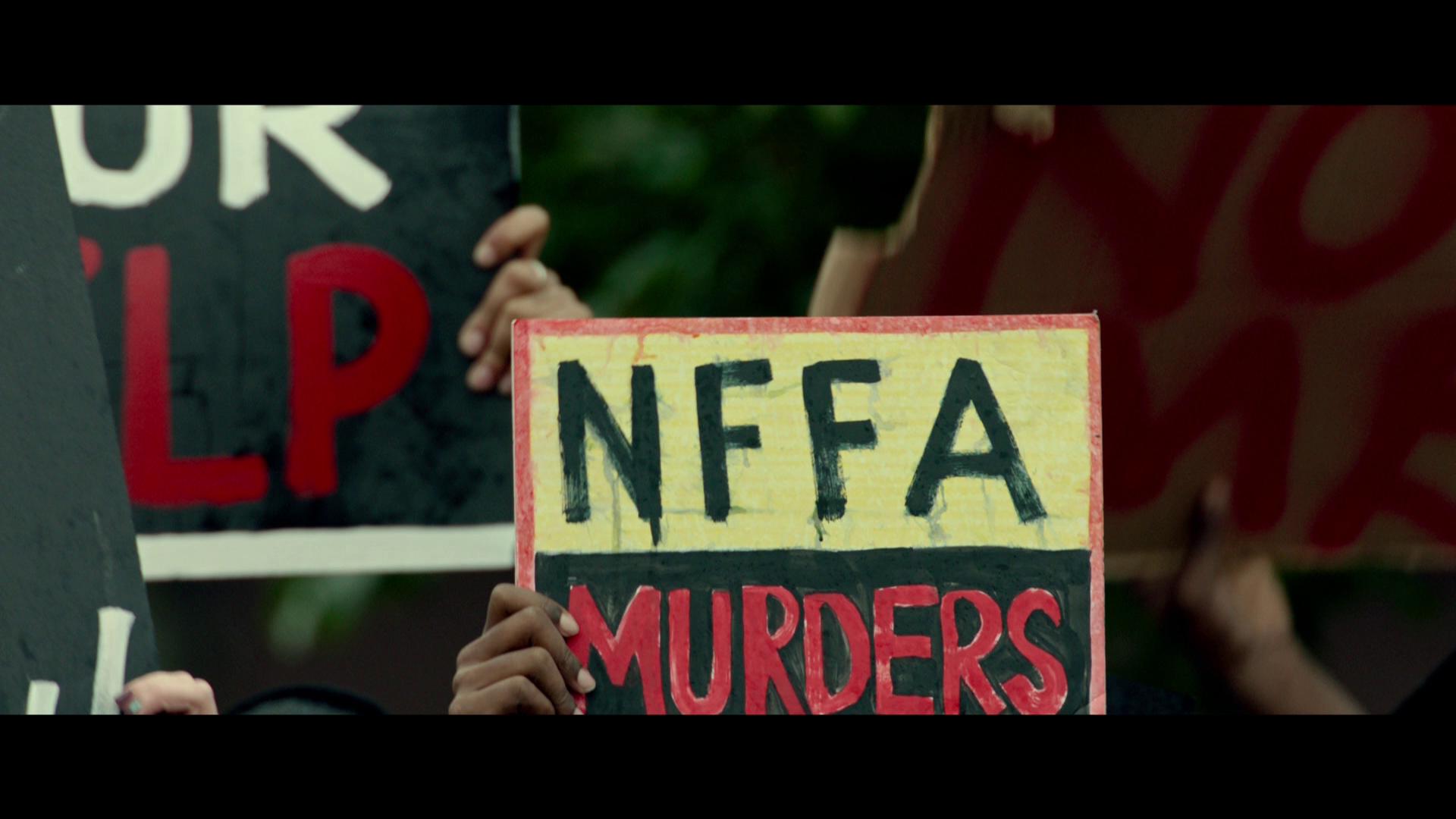 Universal Pictures Home Entertainment brings us The First Purge in an upscaled 4K (or “fake” 4K) presentation.  At 2160p, the real feature of this visual presentation is the utilization of HDR10.  Colors look significantly more distinguished with the lower-lit backgrounds while the various crime sprees are underway. Silhouettes of some of the more “hardcore” people in the movie add a nice level of creepiness as they intend to do so, and the overall amount of detail to the brutality of everything really seemed to shine with this release.  Overall, I felt that the presentation, while it’s not really one that would be a centerpiece for one’s home theater setup, it’s certainly one that made sure that everything felt real, and really did a phenomenal job at telling the story. 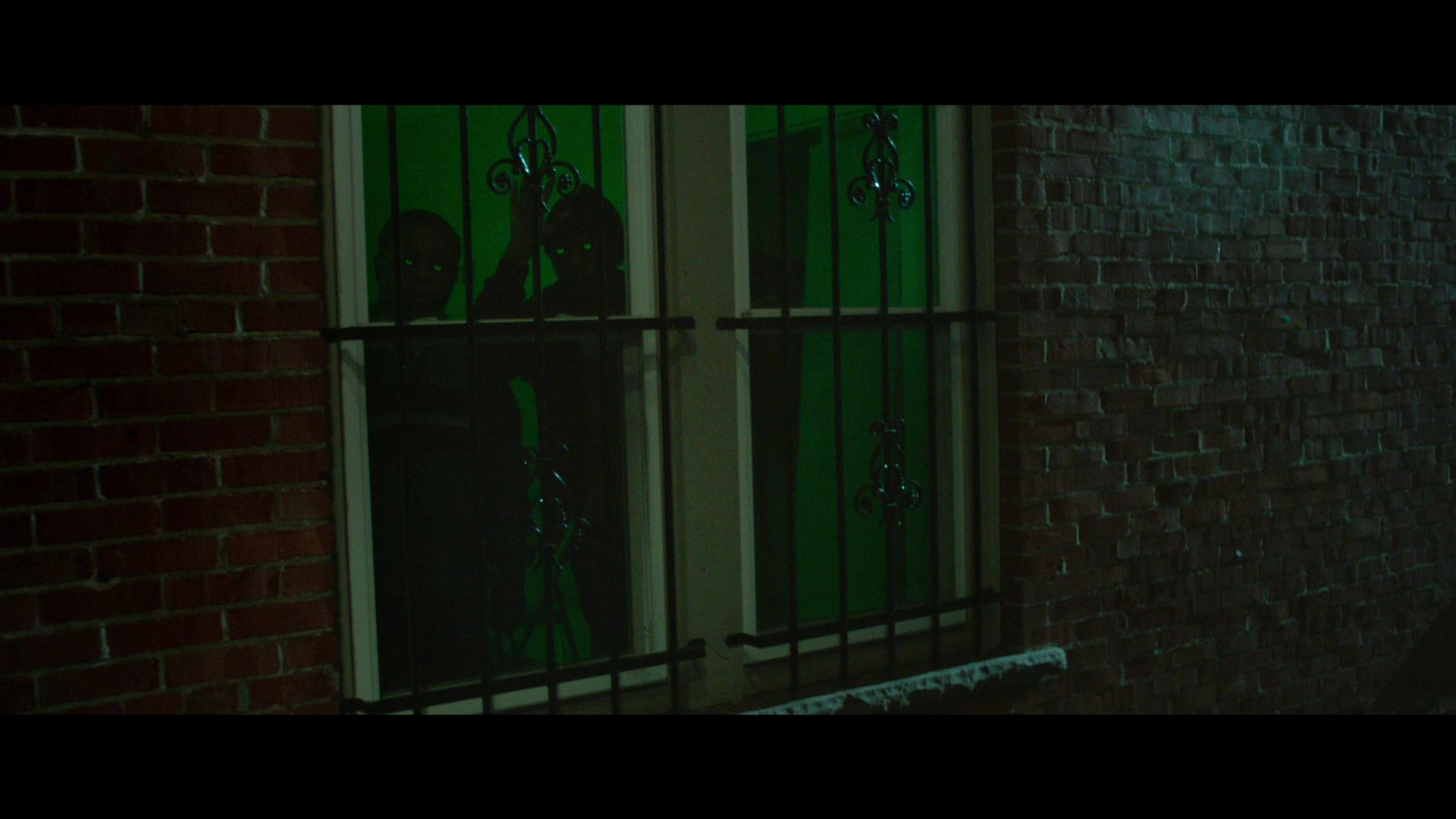 Packaged with a DTS:X audio mix, the 4K UHD release of The First Purge really offers one hell of a powerful punch for those of you with a home theater system that can handle DTS:X.  Everything from the distinct punches, stabbing sounds, or gunshots really ran true through my home theater speakers; but, what was best was the accompanying bass track.  In the moments that were more tense, where something obviously was going to pop up and make you jump, it really did a number at emphasizing the severity and made the experience all that more noteworthy.  The dialogue is spoken cleanly, allowing for everyone to be heard and understood without the need to adjust the volume level at all. 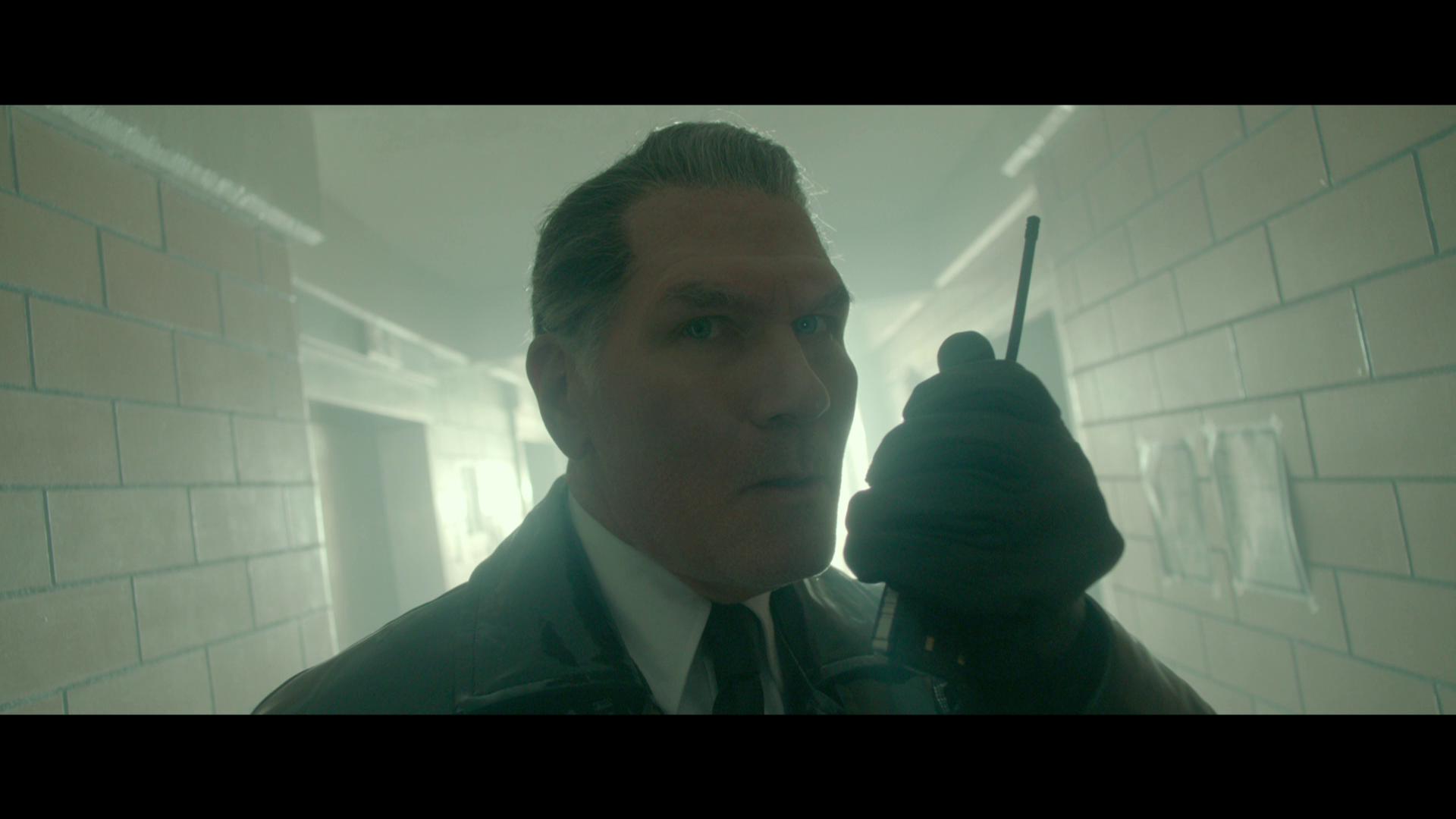 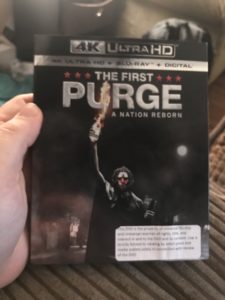 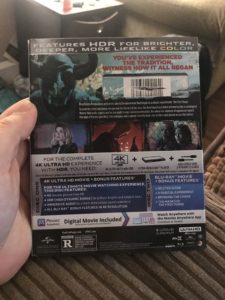 There’s a few special features included with The First Purge.  The material that’s been included offers more insight into the storyline of the film, and focuses a lot less on the behind the scenes work that went into making the movie.  This release is unlike most releases as the special features are also included on the UHD at a 4K resolution, which is something that I’m beginning to see more and more of, and certainly hope they continue doing so.  Included with this release is: 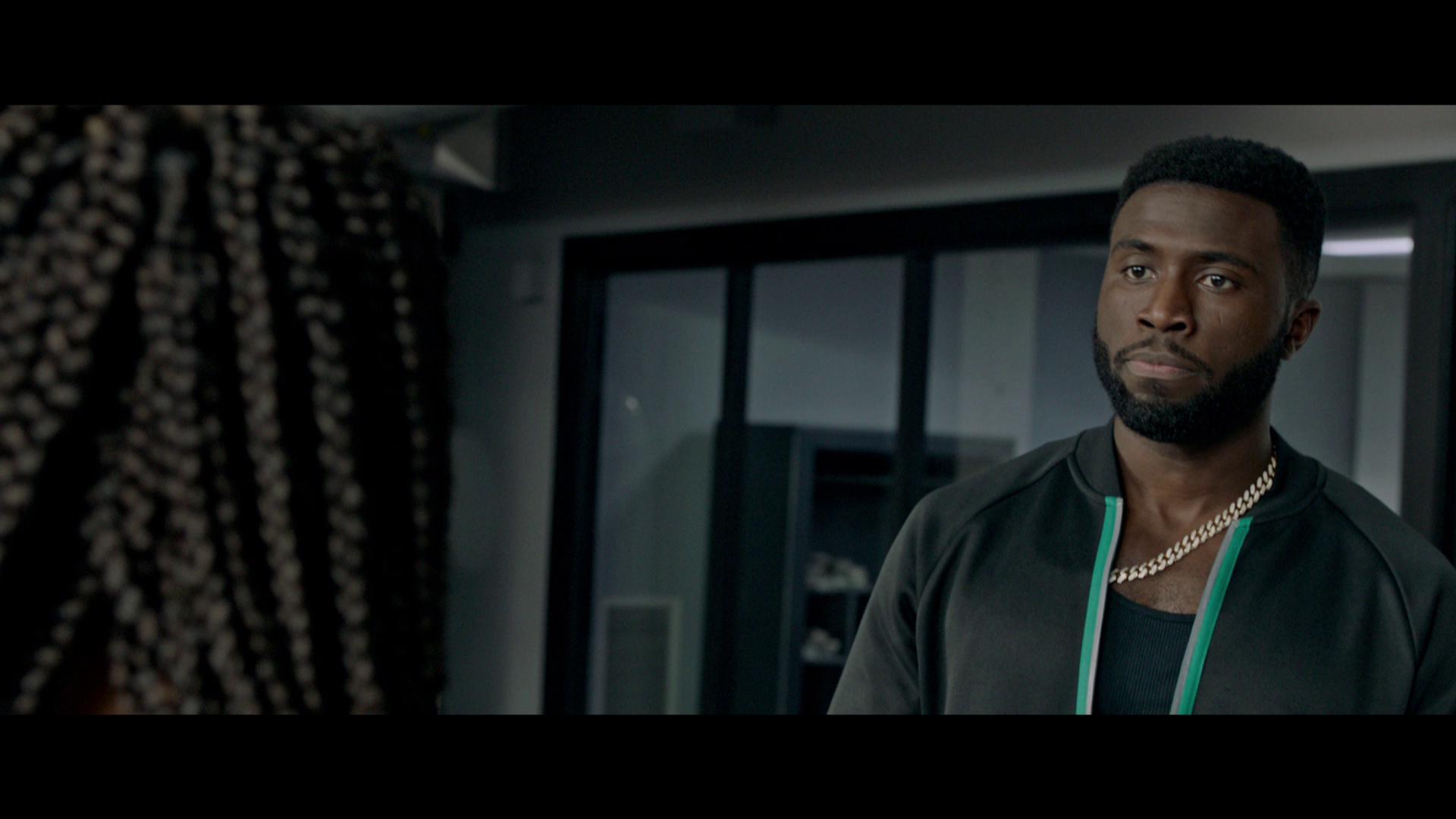 Overall, I enjoyed The First Purge and what it had to offer, despite the overall lack of substance that ran during the beginning portions of the movie.  I do feel that there could have been more in terms of the origin story, as there were a lot of questions that were unanswered.  The video and audio presentation of the 4K UHD release were really nicely done, and offered a much more real experience than the Blu-ray counterpart.  Special features were decently executed, however I do feel that there could have been more included that showed some of the behind the scenes work that went into the movie.  If you’re considering this release for your collection, I’d recommend grabbing it if you have any of the other films of the franchise in your collection.  The First Purge is available on 4K UHD, Blu-ray and DVD today. 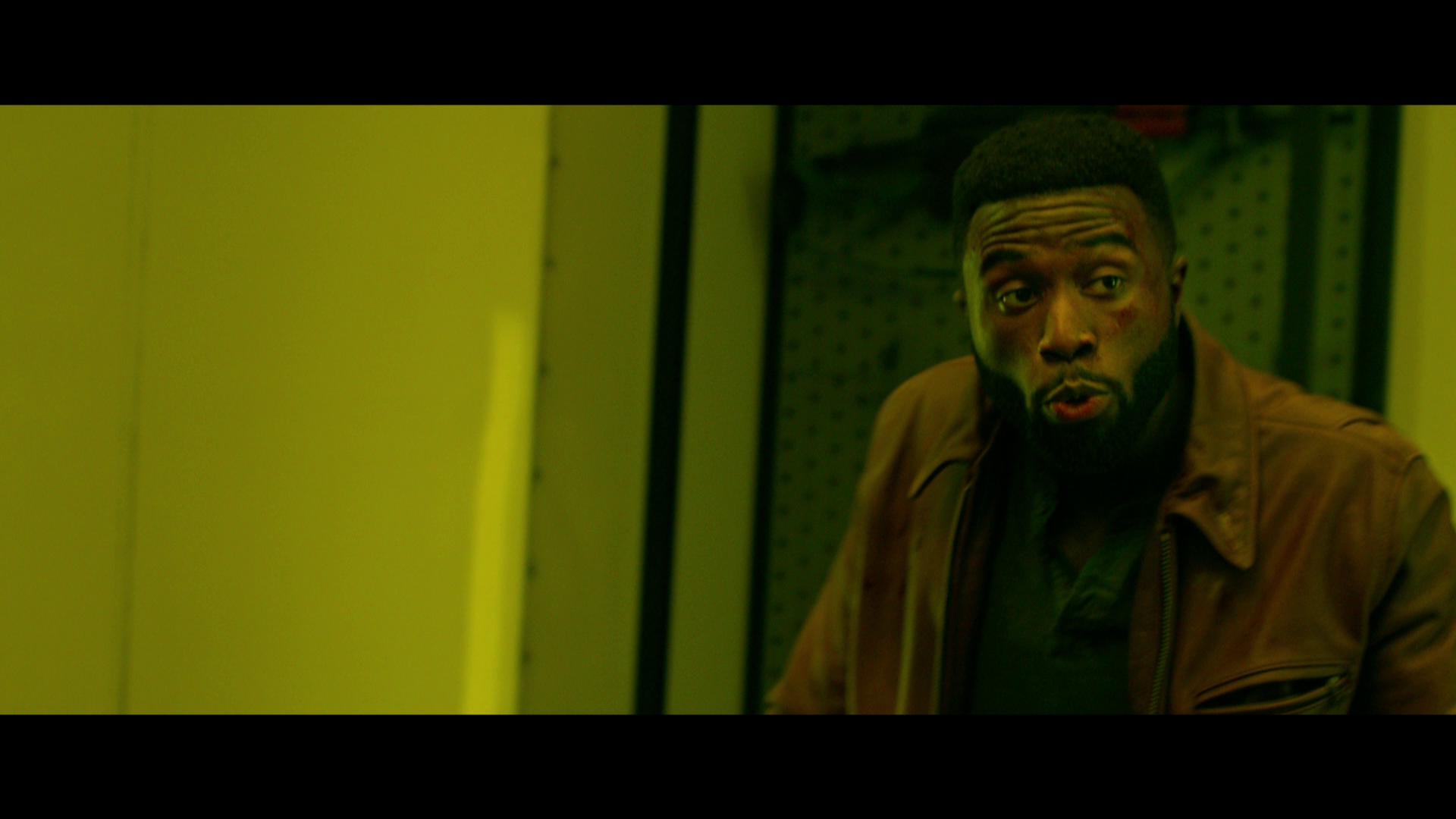 If you’d like to see what Andrew from AR_Media also thought about this release, you can see his video HERE.