First Man is a 2018 American biographical drama film that was directed by Damien Chazelle and written by Josh Singer. Based on the book titled First Man: The Life of Neil A. Armstrong by James R. Hansen, the film stars Ryan Gosling as Armstrong, alongside Claire Foy, Jason Clarke, Kyle Chandler, Corey Stoll, Ciaran Hinds, Christopher Abbott, Patrick Fugit, and Lukas Haas, and follows the years leading up to the Apollo 11 mission to the Moon in 1969. Steven Spielberg serves as an executive producer.

The project was originally announced in 2003, with Clint Eastwood slated to direct. After that rendition fell through, Chazelle and Singer all signed on by 2015, and principal photography began in Atlanta, Georgia in November 2017.

First Man had its world premiere at the Venice Film Festival on August 29, 2018, and was theatrically released in the United States on October 12, 2018, by Universal Pictures. The film received critical praise, particularly regarding the direction, Gosling and Foy’s performances, and the Moon landing sequence, although its choice to not depict the planting of the American flag on the lunar surface led critics and politicians from both political parties to debate over the film’s stance on patriotism.  It grossed over $100 million worldwide against its $59 million production budget, and at the 76th Golden Globe Awards, it received nominations for Best Supporting Actress, and Best Original Score, winning the latter. 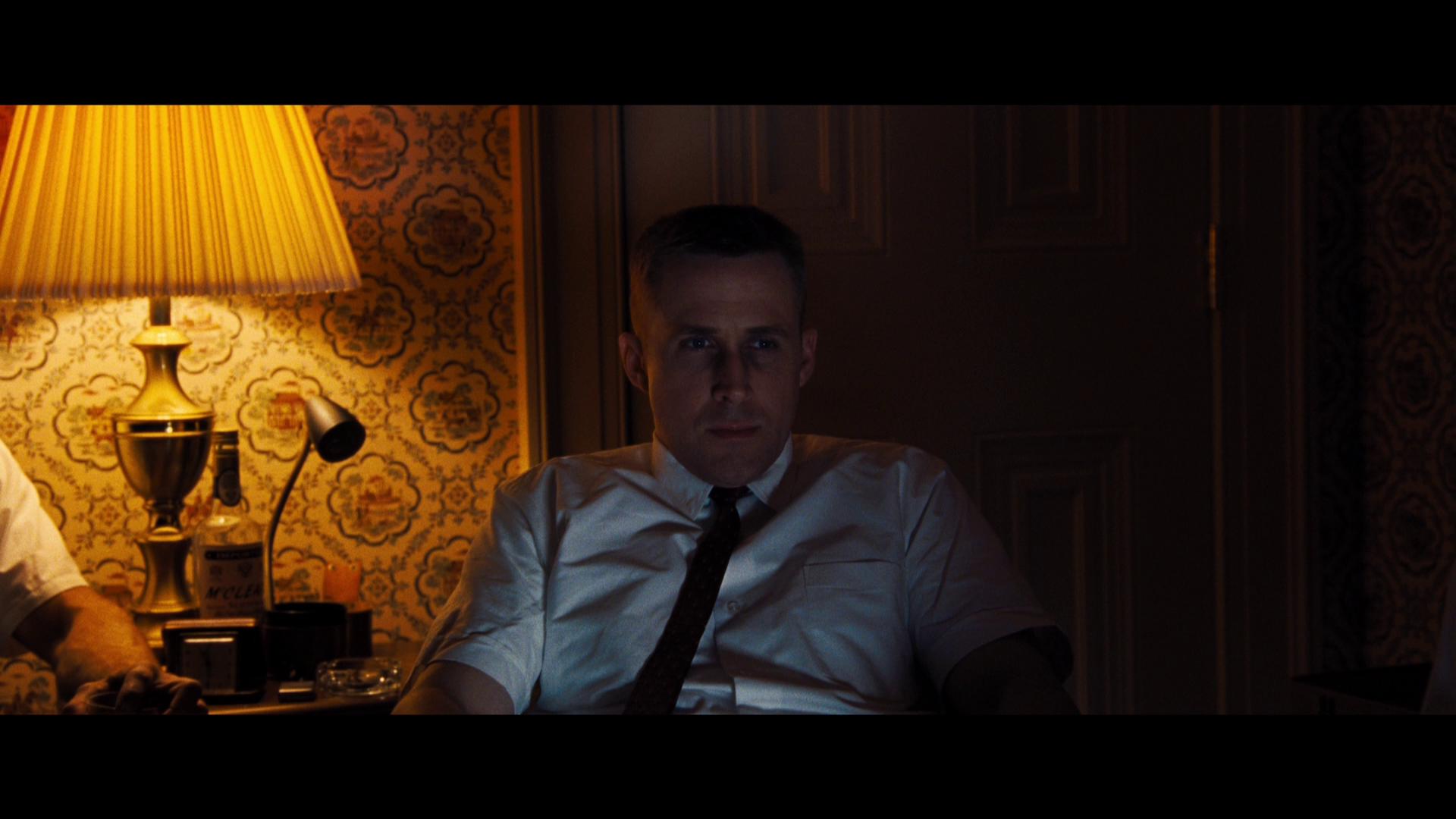 First Man is a decently built, and presented retelling of not only the journey into space, but a journey into self realization and one’s self as Neil Armstrong works towards his personal goals. With its emotional presentation, the movie gives audiences a brilliantly directed, photographed and exceptional performance that is right up there with a lot of the historical epics that has covered a variety of those that have been significant in US history. Being one of the few movies that Gosling has been in that I thoroughly enjoyed, I can personally attest to the fact that as he’s carrying out his characters burdens with the overall amount of danger attributed with his career, we’re able to immerse ourselves right into the story as those supporting him provide absolutely stellar performances. 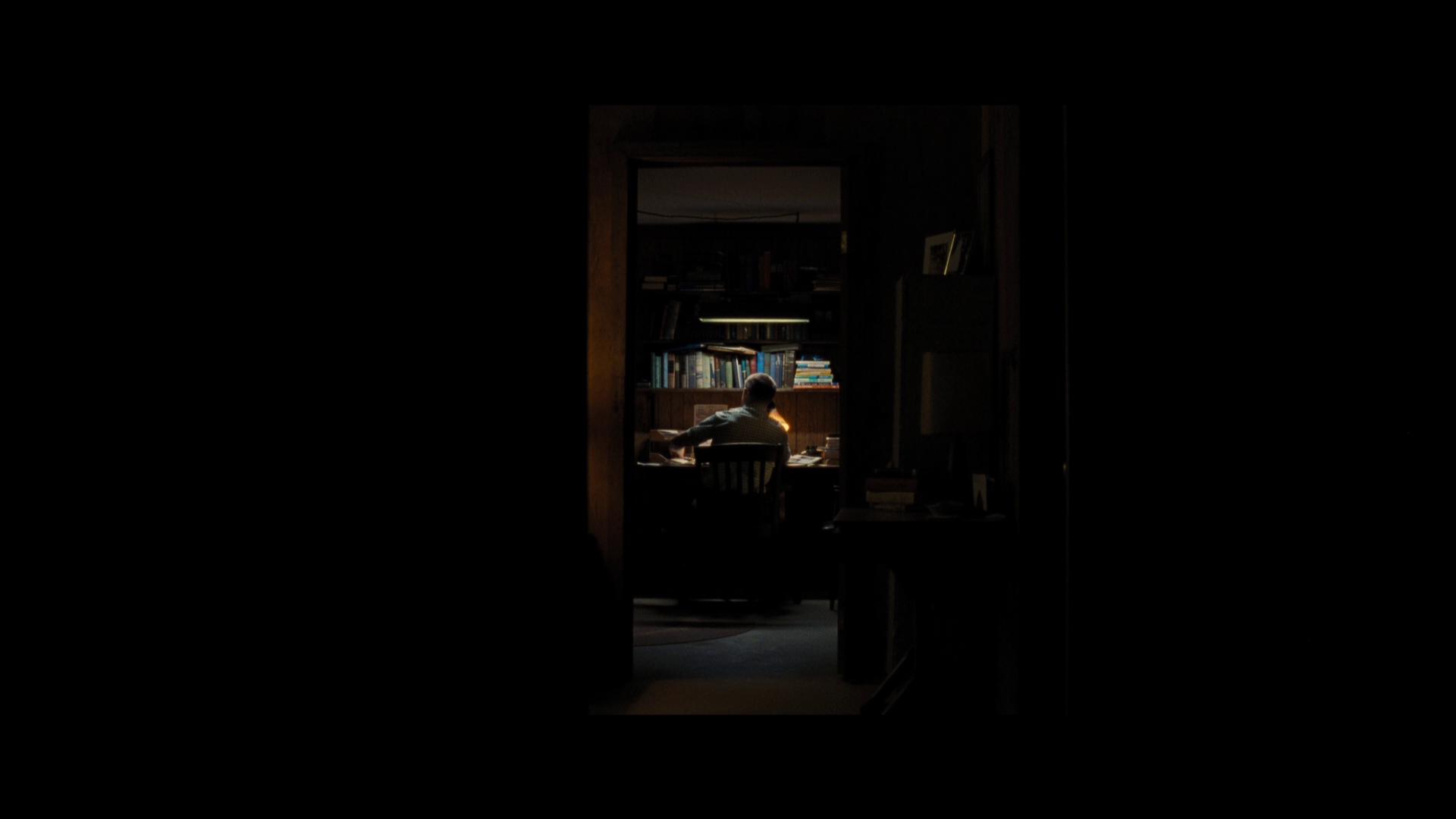 Mostly filmed on 16mm film, and finished at 2K, First Man gives audiences an upscaled presentation that’s been touched with Dolby Vision and gives its viewers a significantly more filmic presentation. With its natural grain in place, and better clarity to the base image, audiences are able to really feel as if they were following along with Armstrong as these ventures were being carried out. While the benefits of the 4K UHD release are subtle in comparison to the accompanying Blu-ray release, the visual presentation is noteworthy enough that it not only improves the experience, but offers a unique presentation that really allows for this release to stand out. 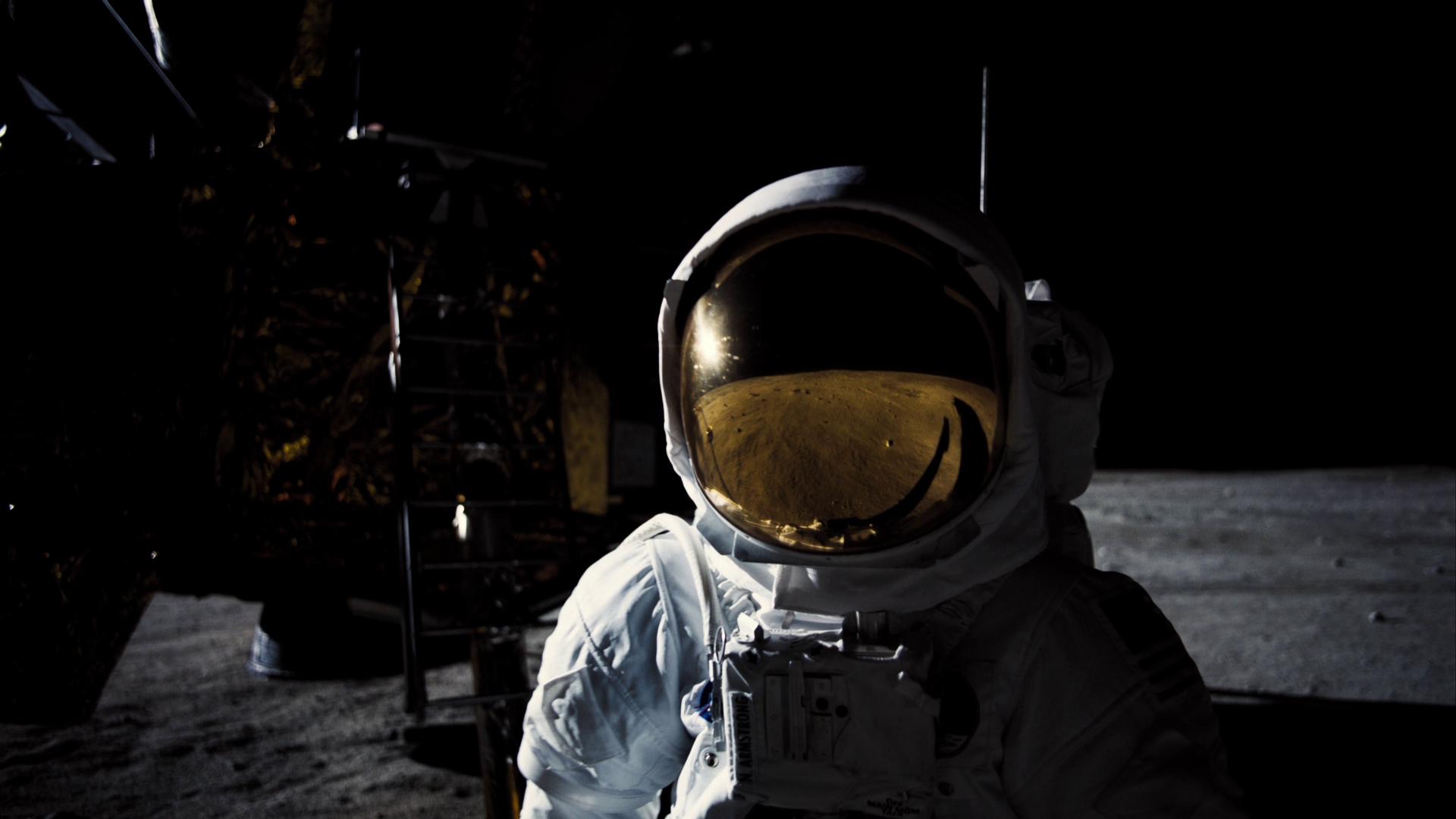 Packaged with a Dolby Atmos audio track, the 4K UHD release of First Man immediately grabs the audiences attention with a test flight sequence that not only rips through the channels associated with the track, but shows the overall amount of intensity that is associated with the work that these guys at NASA are carrying out. With the intense sequences being portrayed in a way that not only maintains your attention, they provide a perfect opportunity to capture the detail of the work attributed with those actions, and relay the stress that everybody was feeling. The dialogue is presented cleanly, allowing for everybody to be heard and understood without the need to manually adjust the volume levels; while the various other elements boast enough power to deem this audio track to be an absolute showcase option for anyone that would like to show off their home theater system. 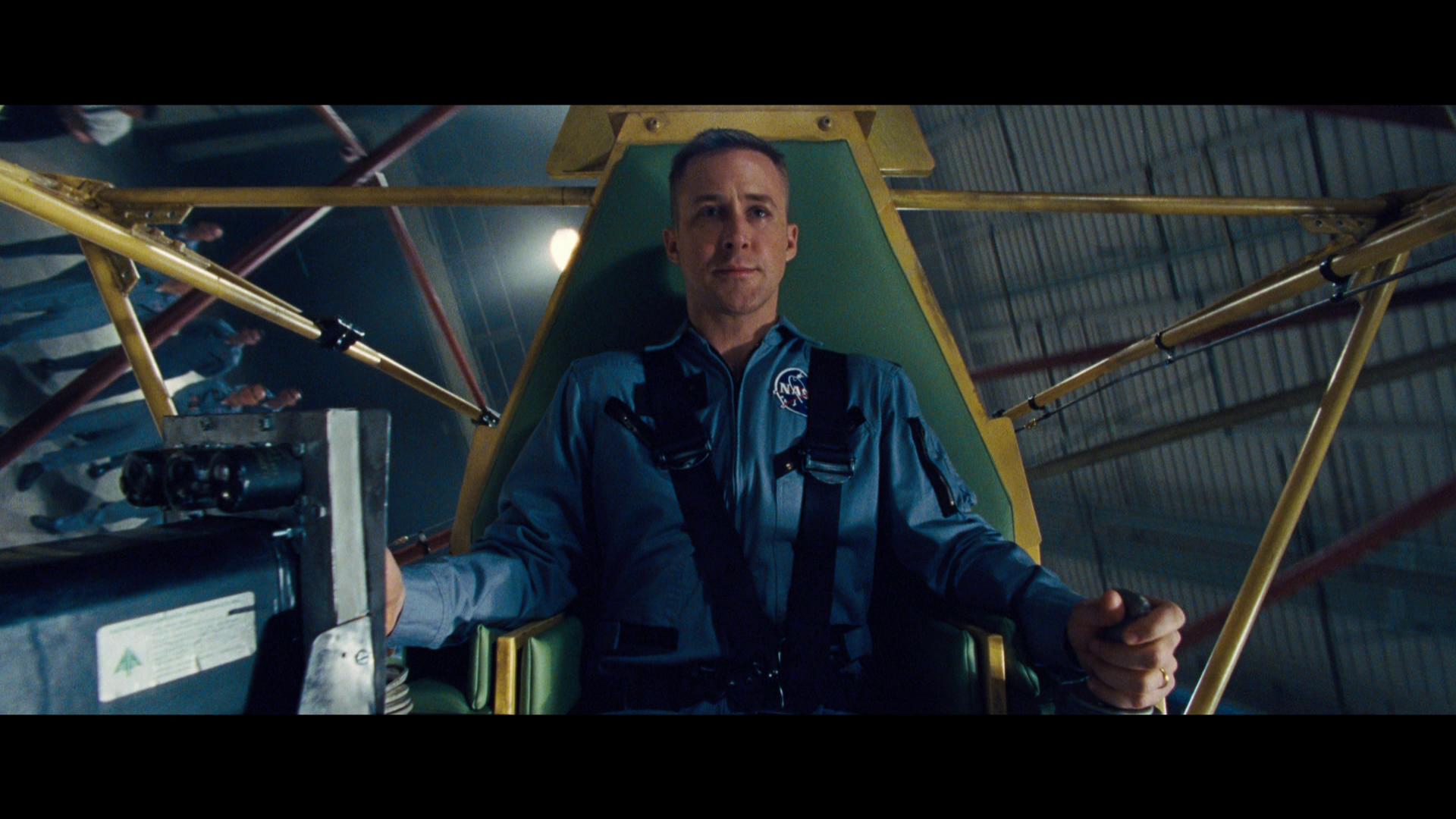 The 4K UHD release of First Man comes packaged in your standard two-disc 4K UHD amaray case.  Within the case the standard 4K copy of the movie, as well as the standard Blu-ray.  The UHD features similar artwork to what is included on the case, while the Blu-ray only bears the standard release text.  There is a digital copy redemption pamphlet as well as a slipcover that’s been made available in the original pressing of the release that features the same artwork as the case. 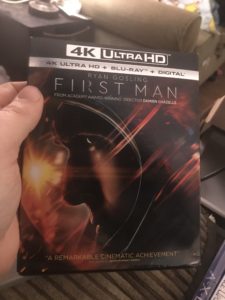 The 4K UHD release of First Man comes packaged with a decent amount of content that not only shares an expansion upon the storyline, but shows the various efforts from the cast and crew that went into making this movie happen. The attention to detail that went into this movie and release were pretty phenomenal and the execution of the included additional content were some of the better feature pieces that I’ve seen come included with a 4K release. Included with this release is: 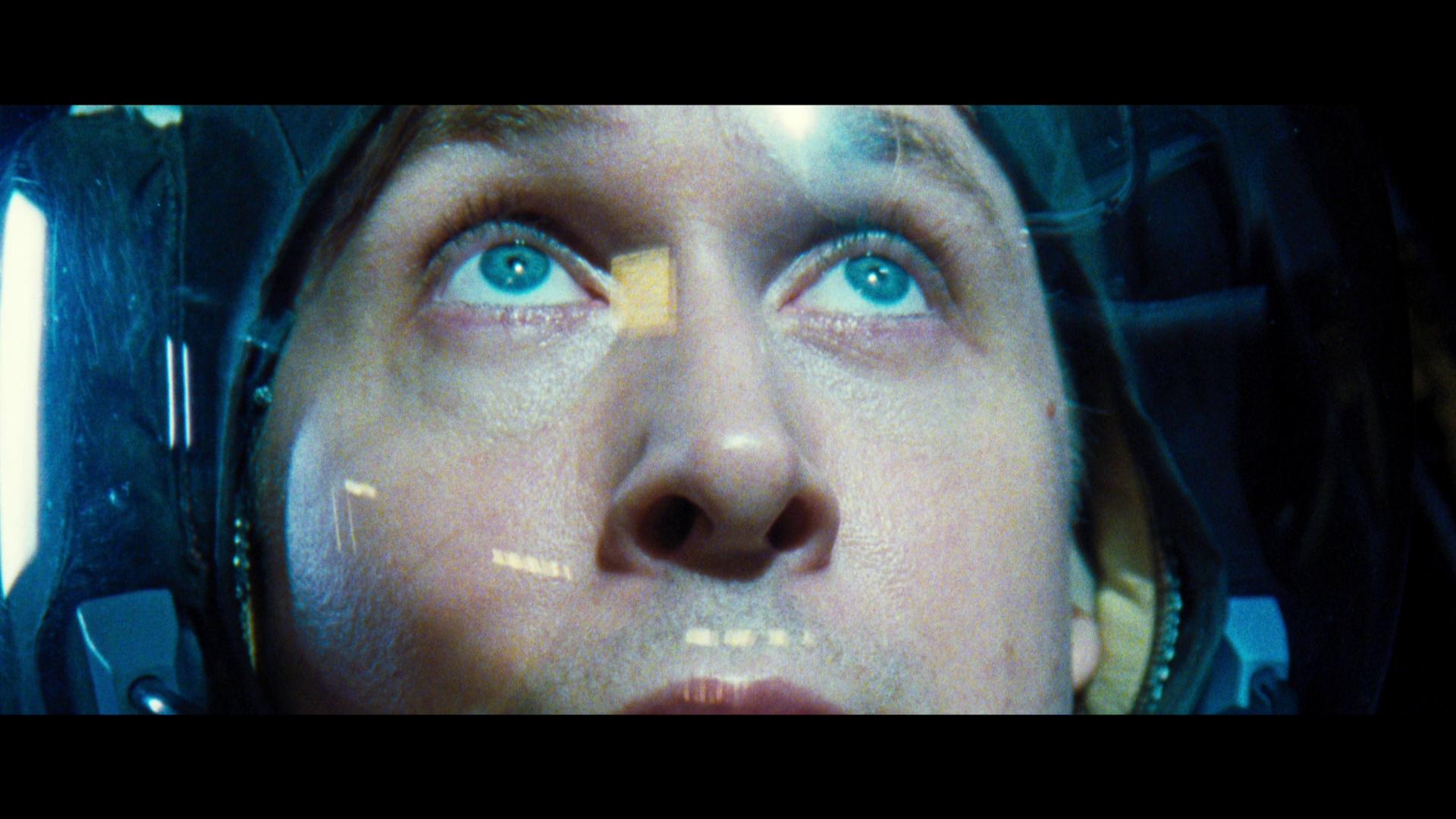 Overall, First Man was an experience that I was absolutely looking forward to once the promotional material had made its presence. The story, being one of my favorite lessons learned throughout my school years was presented in a way that really makes you appreciate not only the efforts that were made by not only Armstrong, but those that worked with him on the mission. Showing his personal life outside of NASA was also a really nice touch as the man is truly a family man. The video and audio presentation of the 4K release were absolutely stellar and did a phenomenal job at portraying the various minute details with his story. The special features on this release were some of the best that I’ve seen with the format, and really adds more appreciation to the work that was carried out with the mission. If you’re considering this release for your collection, I would without a doubt recommend picking it up. First Man will be available on 4K UHD, Blu-ray and DVD beginning on January 22.