Finding Dory is a 2016 American 3D computer animated comedy-drama adventure film that was produced by Pixar Animation studios and released by Walt Disney Pictures.  The film was directed and co-written by Andrew Stanton and was also co-directed by Angus MacLane.  Serving as a sequel and a spinoff to the 2003 film Finding Nemo and features the reprised roles and voices of Ellen DeGeneres and Albert Brooks and brings in the new voices of Hayden Rolence, Ed O’Neill, Kaitlin Olson, Ty Burell, Diane Keaton and Eugene Levy.  Focusing on the amnesiac fish, Dory, who sets off on a journey to be reunited with her parents after being taken to a public aquarium in California.

Originally making its premier at the El Capitan Theater in Los Angeles, California on June 8, 2016, the film made its US theatrical debut on June 17, 2016.  Upon its initial release, the film was a critical and commercial success and grossed over $1 billion worldwide and becoming the second Pixar film to cross that mark following Toy Story 3 in 2010.  Setting many records, including the highest-grossing animated film opening of all time in North America and emerging as the biggest animated film of all time in the US, Finding Dory has become the highest-grossing Pixar film released in China. 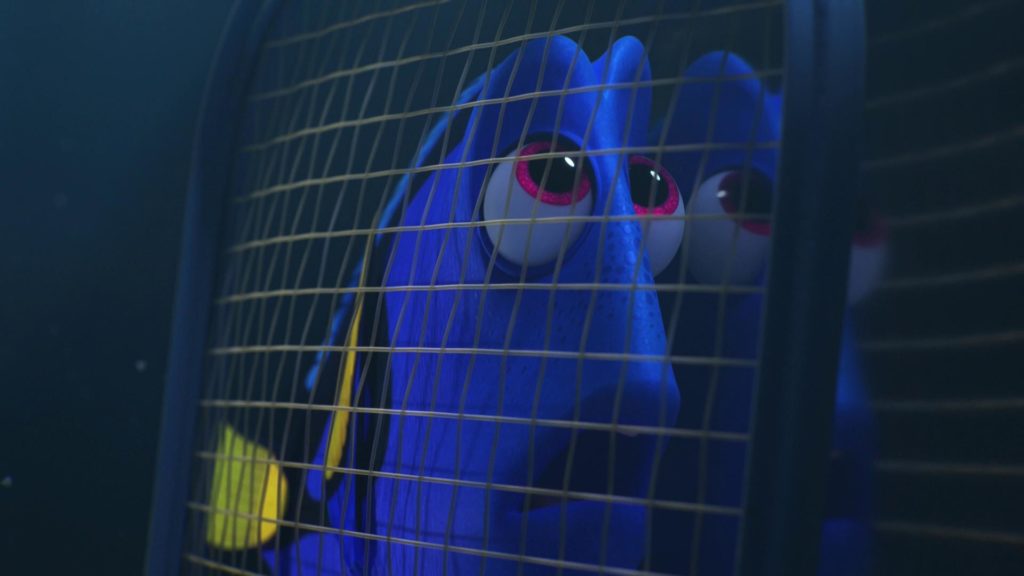 Overall, I found myself really enjoying Finding Dory. Going into this film, with all of the promotional material that I had seen, I wasn’t sure how this one would play out, but it turned out to be quite the enjoyable experience. In the very beginning of the film, I found myself slightly disturbed at the fact that it was slated to be a sequel to Finding Nemo, but as the story line progressed and allowed for further development, it eventually reached the point where I can see this film being a sequel. Also labeled as a spin-off from the original film, I’m still trying to determine in what way this film was a spin-off. But that doesn’t deter some from really enjoying this flick. At various points in the story, we experience some good, clean wholesome humor like we saw in the earlier film. One part of this movie that really stood out was the inclusion of the city of Cleveland, Ohio. Being an Ohio native, I couldn’t help but smile as they mentioned it. Not to mention, including Ohio native Ed O’Neill on the bill as the voice of Hank. 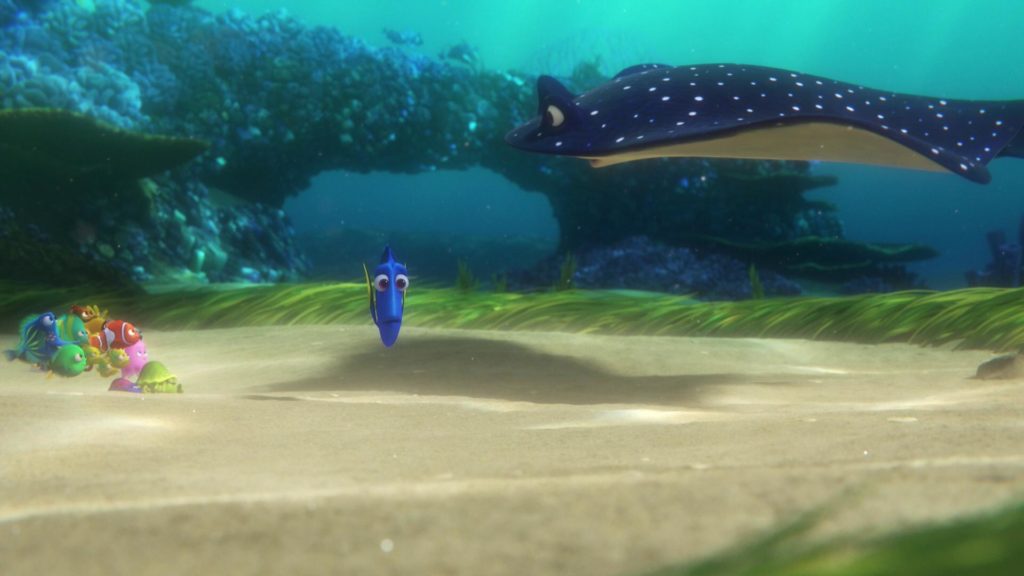 Disney/Pixar has always done an absolutely fantastic job with their Blu-ray releases, and Finding Dory is no exception.  Giving audiences a bright, vivid and extremely sharp color palette allows audiences to become visually immersed into the current events that the characters are going through.  The overall quality of the animation of this film was beyond words exceptional as the visuals were extremely clean.  Throughout various parts of this movie, there is the occasional dark environment scene where I’ve personally ran into issues in being able to make out what’s happening in a given scene.  That is definitely not the case with Finding Dory as any scene that took place in a darker environment had more than enough supplemental lighting to make up for the lack of colorization allowing absolutely no distortion in the visuals whatsoever. 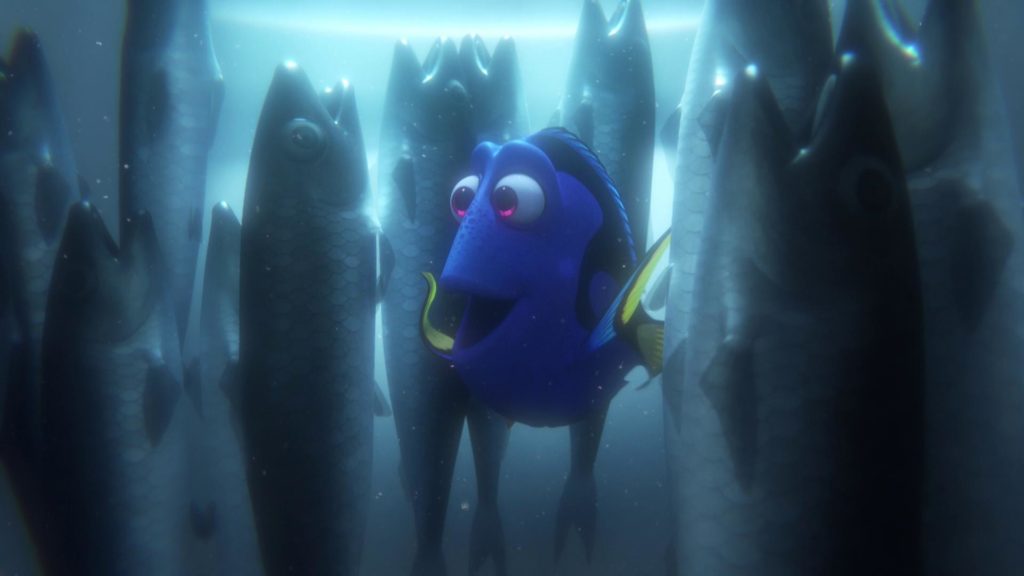 Coming at us with a DTS-HD Master Audio 7.1 audio track, Finding Dory allows audiences to really feel as if they are part of the story.  Making full use of each of the channels, the mixing of the audio was extremely spot on and allowed my wife and I to feel as if we were right there in the middle of the action.  Having the ability to hear the various aspects of underwater life as they are emulated onto my television screen, from all angles, left for quite the experience.  The film also includes quite an amazing soundtrack, using various instrumental installments to aid in conveying the general undertone that each scene is relaying and to allow the audience to empathize with whatever is happening.  Hearing the musical score power through my rear speakers and the bass thumping as my home theater roared through this film was magnificent.  While the system certainly roared, it wasn’t overpowering in the slightest bit as we were able to audibly hear an adjustment in the volume levels for the music so that it didn’t interfere with the spoken lines. 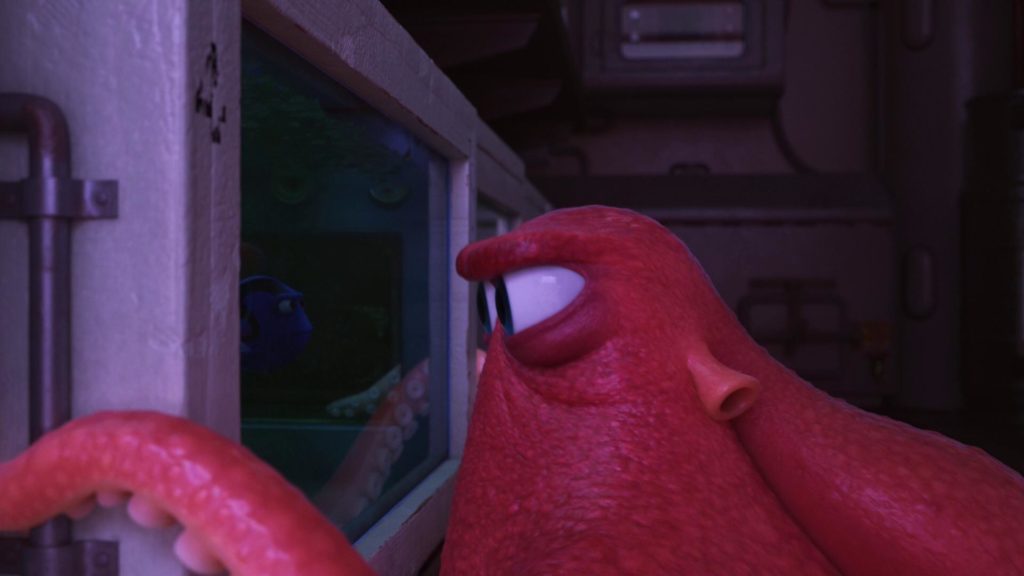 Finding Dory comes packaged in a standard Blu-ray amaray case.  Included within the case is the standard Blu-ray disc of the film, a bonus Blu-ray disc containing the films special features, a standard DVD copy of the film as well as a digital copy redemption pamphlet that allows you to add the film to your personal digital library in the cloud for easy on the go streaming.  With the first pressing of this films release, it did receive a slipcover where the artwork matches that of the Blu-ray case.

Just as one would expect with a Disney release, Finding Dory comes jam packed with more additional content than one could imagine.  After reviewing through the available special features, I know I can say that I was more than pleased with what was provided.  Included with the standard Blu-ray release is:

Overall, I was really pleased with the story and experience that the standard Blu-ray of Finding Dory had offered.  It was exactly what I would have expected with a Disney/Pixar release in that it gives us some good old fashioned wholesome family fun.  While the film isn’t nearly as good as its earlier counterpart, it still left for the occasional laugh and ended with a warm feeling in my heart.  If you’re looking to add this film to your personal library, I would highly recommend at least going with the Blu-ray disc and grabbing it today from Amazon as it’s on sale right now! 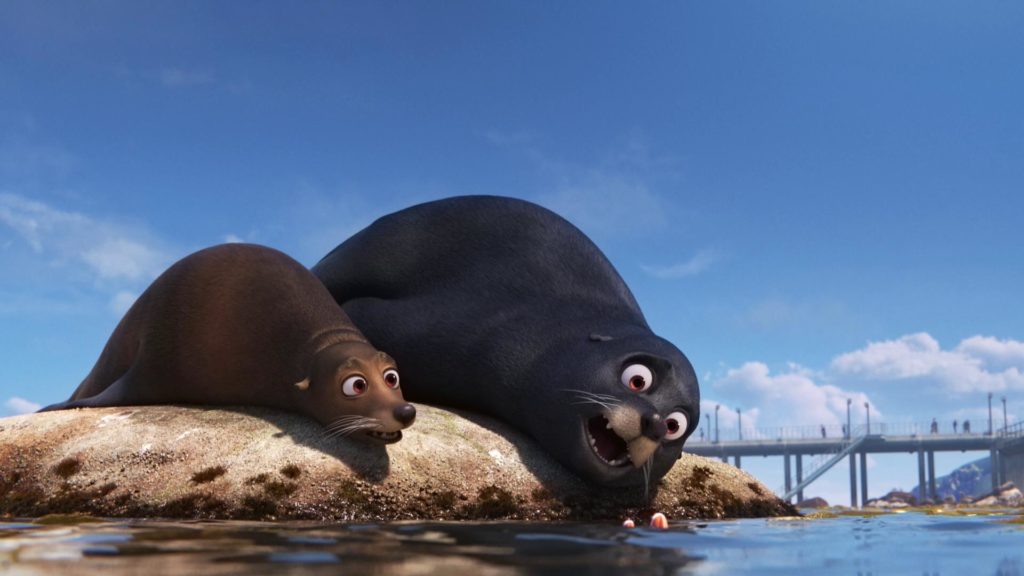