Universal Pictures and Focus Features had secured the rights to filming the trilogy back in March 2012. The first book of the series was adapted into film and released on February 13, 2016. Prior to the release of the first film, there was high anticipation from fans for the sequel and after the premier of the first film, director Sam Taylor Johnson announced that the sequels were being adapted. On March 25, 2015, Taylor-Johnson had officially left the franchise.

Principal photography for Fifty Shades Darker was initially set to begin in Vancouver in June 2015; however, it was later postponed due to delays in the script. In November, 2015, Universal Studios announced that the film and Freed would be shot back-to-back, with principal photography scheduled to commence in early 2016. Filming took place in Paris and Vancouver from February 9, 2016 to July 12, 2016 under the working title of Further Adventures of Max and Banks 2 & 3 and principal photography wrapped up on April 11, 2016.

The film ended up grossing $378.8 million against its $55 million production budget. In the US, Fifty Shades Darker was released alongside two other sequels, The Lego Batman Movie and John Wick: Chapter 2 and was projected to bring in $32-40 million during opening weekend. It went on to debut at $46.8 million, which is down 45% from the first films $85.1 million opening weekend and finished second at the box office behind The Lego Batman Movie. Outside of North America, the film was simultaneously released in 57 countries, and grossed $97.8 million during opening weekend, the fourth largest R-rated international opening of all time. Its top grossing locations included Germany ($11 million), the UK ($9.7 million), France ($8.7 million), Brazil ($7.5 million), Italy ($6.8 million), and Russia ($6.7 million). 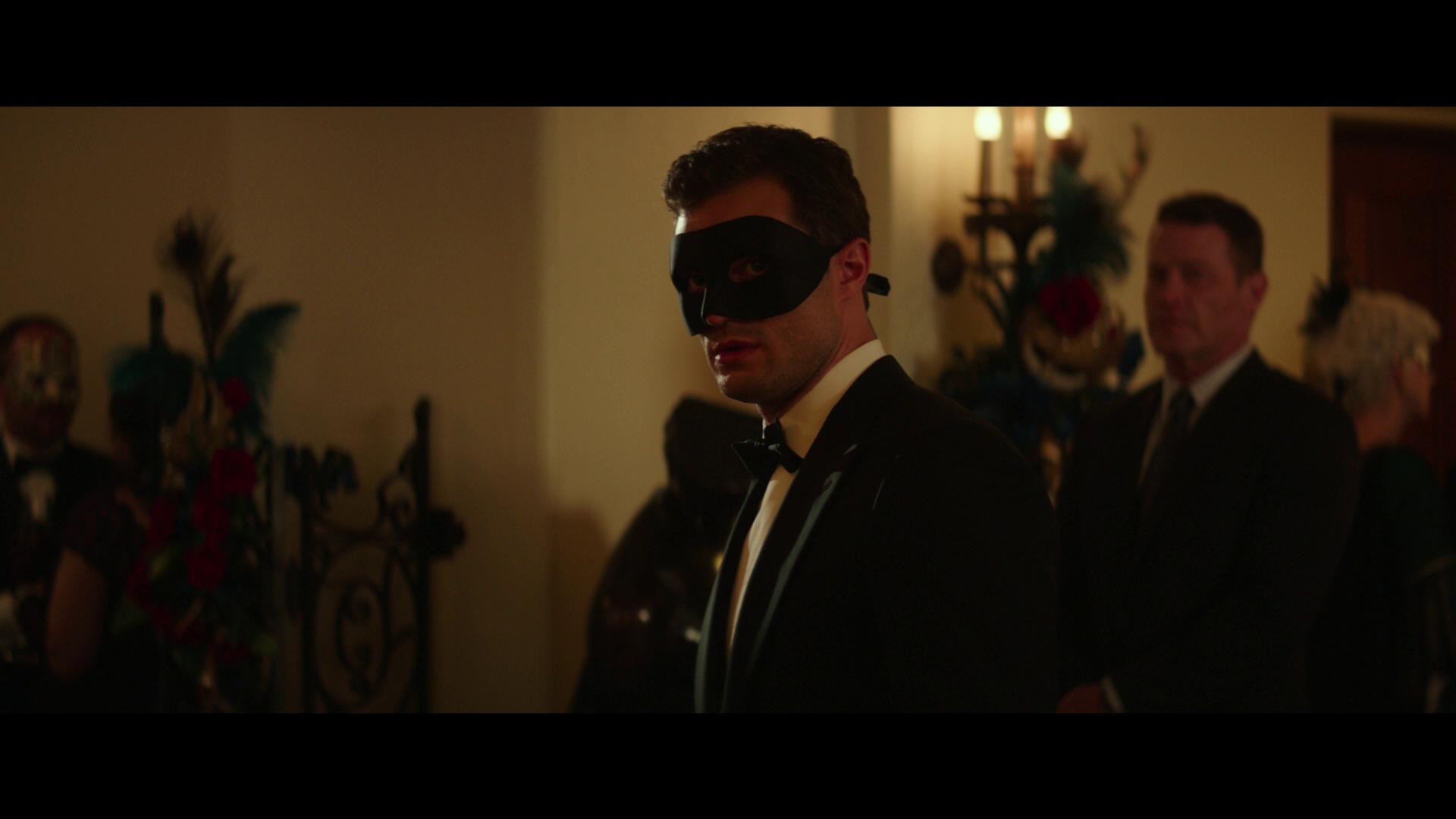 Honestly speaking, Fifty Shades Darker was much better than I expected it to be.  Having seen the first film about a year ago, I didn’t really care for the earlier film.  However, this movie offers a slightly deeper look into the character and mentality of Christian Grey.  As the story progresses, we get a better understanding into his nuances both big and small.  I feel that it should be noted that I haven’t read the books, so I can’t comment on how the films relate to their text counterparts; but, the movie overall wasn’t too bad.  Something like this isn’t for everyone, and I’m fairly certain that it’s going to be some time before I revisit this movie, but I wasn’t too terribly disappointed. 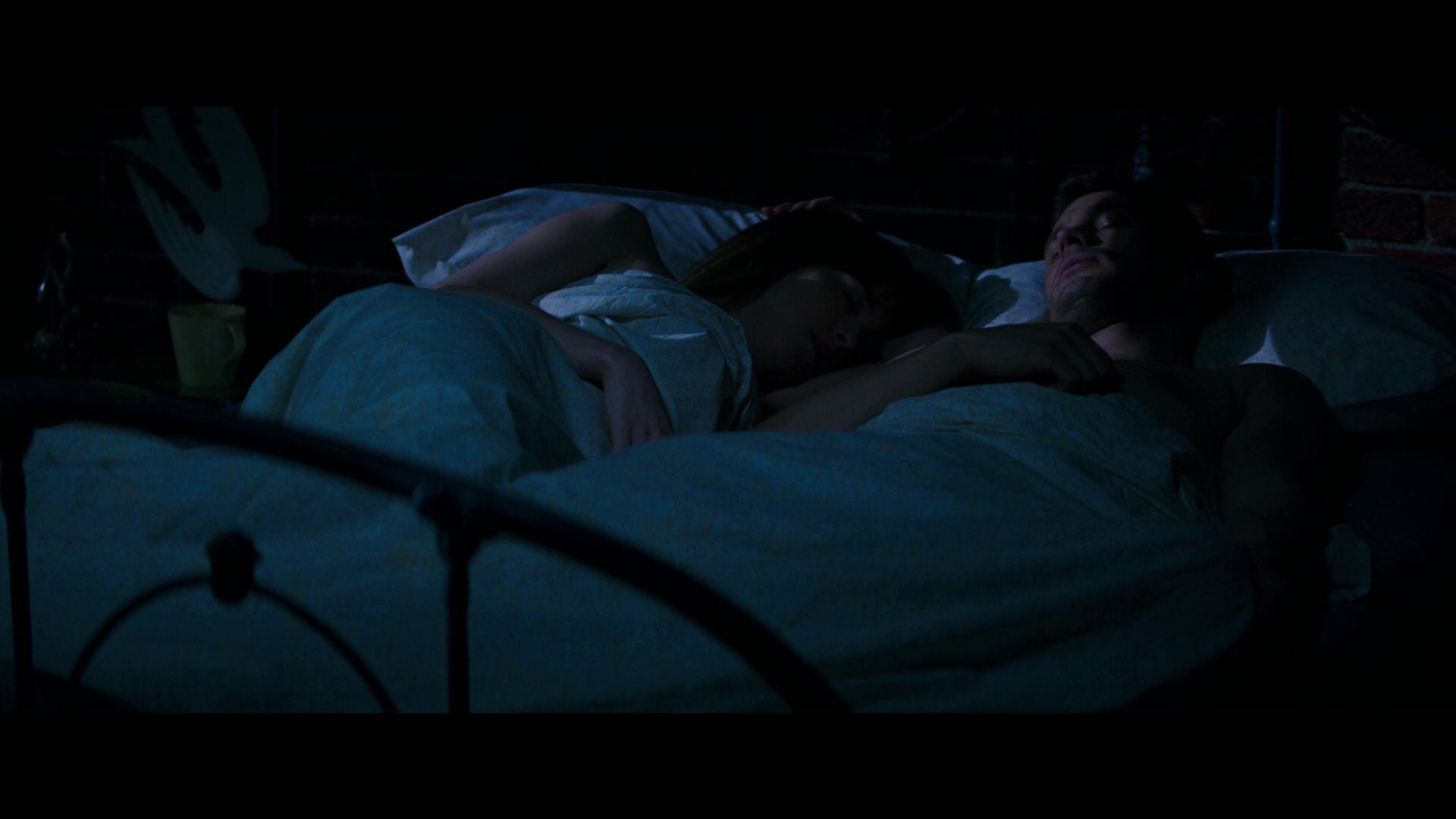 Reportedly shot in 3.4K, Fifty Shades Darker wrapped up with a 2K Digital Intermediate, making the 4K UHD release a “fake 4K” release.  However, with the upscale to 2160p, and the use of HDR, the image that’s presented is pretty solid.  It offers a subtle uptick in the details, offering much more refinement to the details of the picture.  Particular parts, like Anastasia’s hair and the facial features of various characters being considerably more distinguished over its 1080p counterpart.  The picture of the 4K UHD offers a more saturated view into the story, offering what felt like a clearer view into the film. 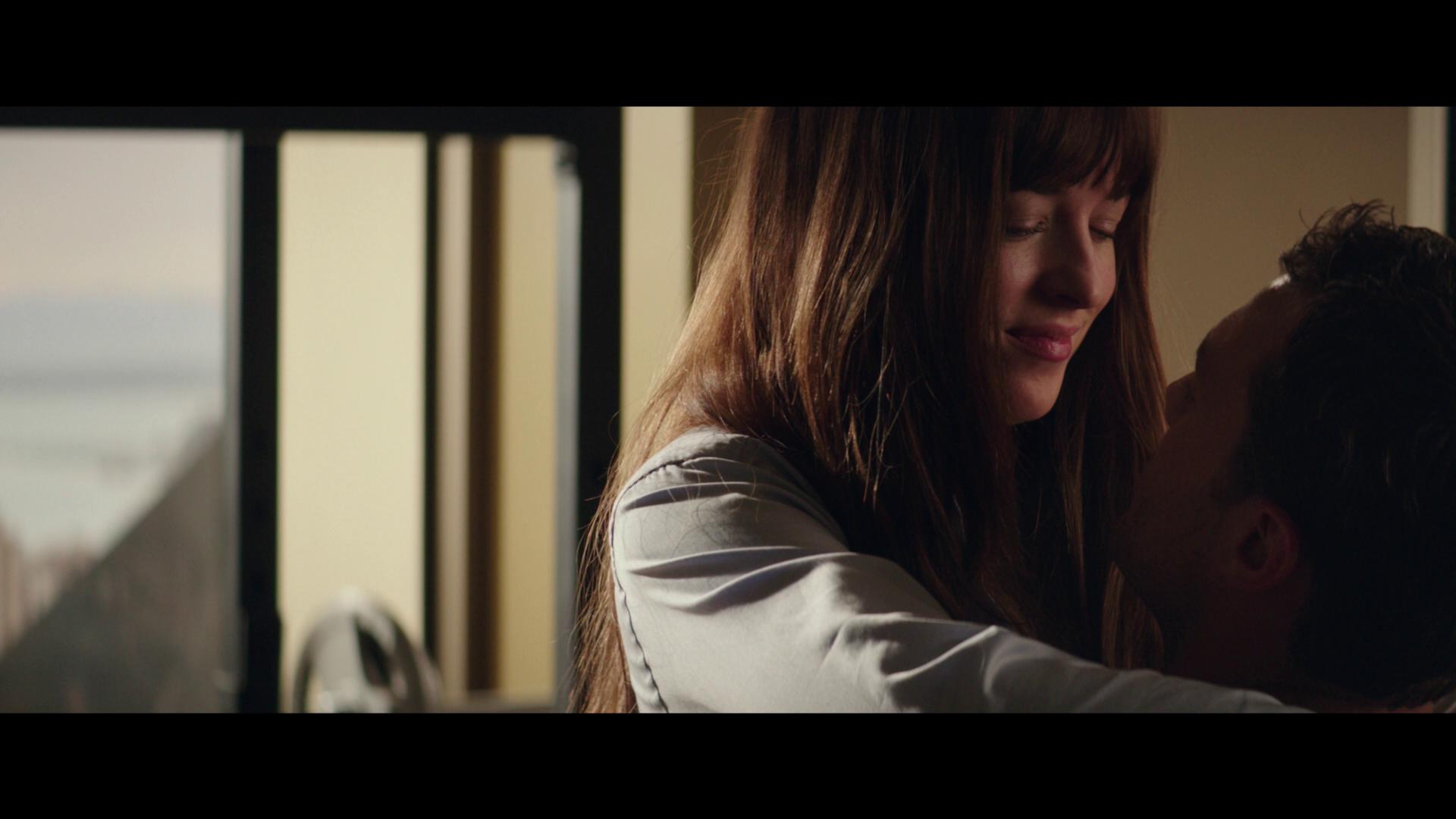 Making use of the DTS:X audio technology, Fifty Shades Darker sounded extremely crisp and clear as the film progressed through my home theater.  Being able to hear and understand everything as the story moved onward was definitely appreciated.  While the film itself might appear to be one that really wouldn’t make use of this kind of technology; you can definitely notice a difference in immersion as various ambient sounds were made more present.  Hell, there were a couple of action sequences where the sound effects definitely delivered a more satisfying experience with its depth and detail. 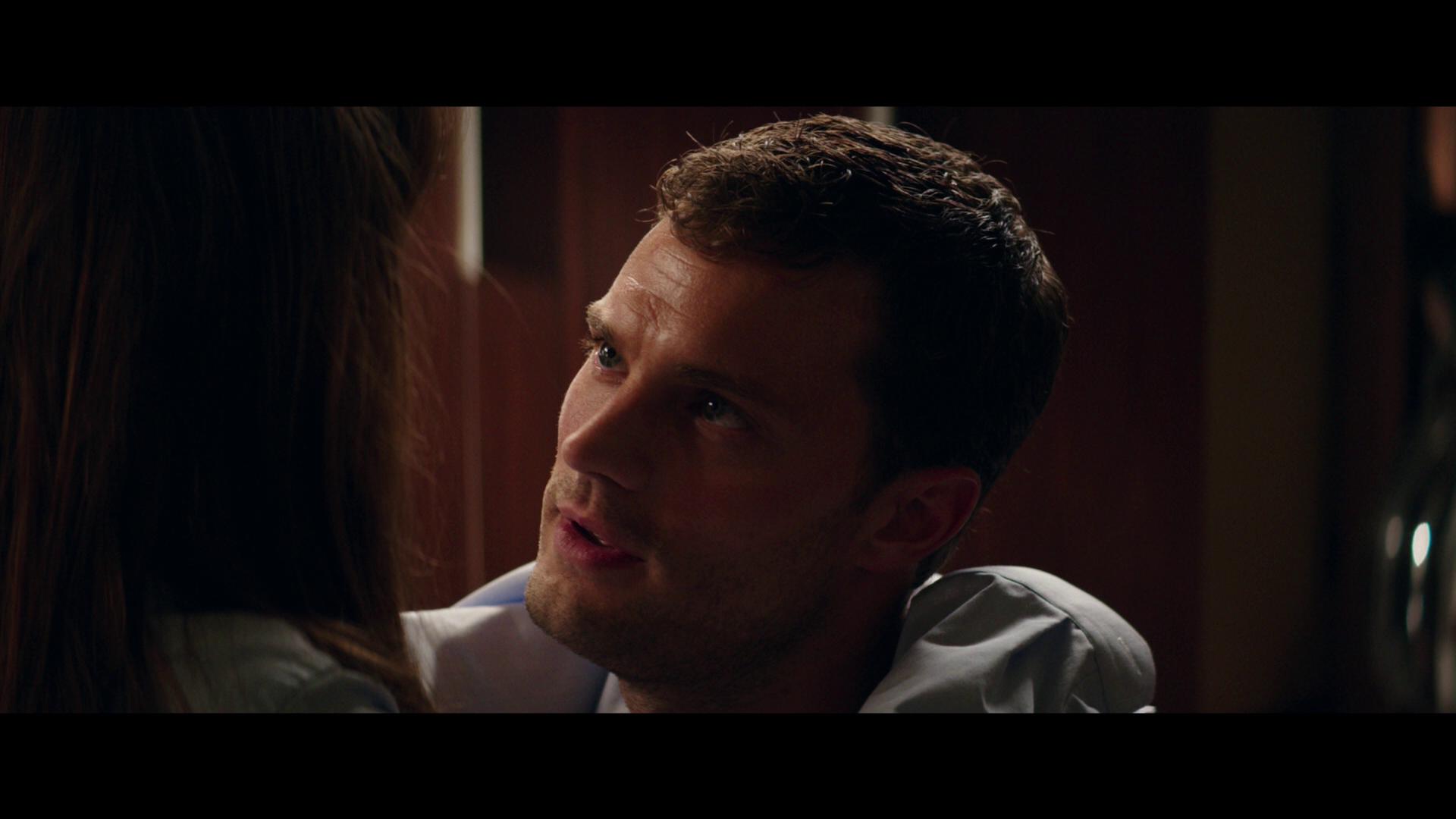 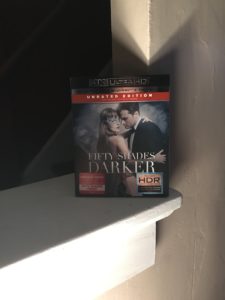 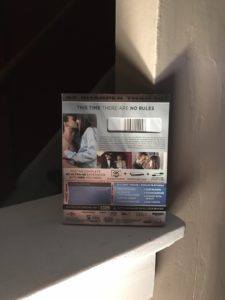 Just like every other 4K UHD release (with the exception of a couple of releases), there are no additional features available on the 4K UHD disc.  All additional content has been made available on the included Blu-ray disc.  Included with this release is: 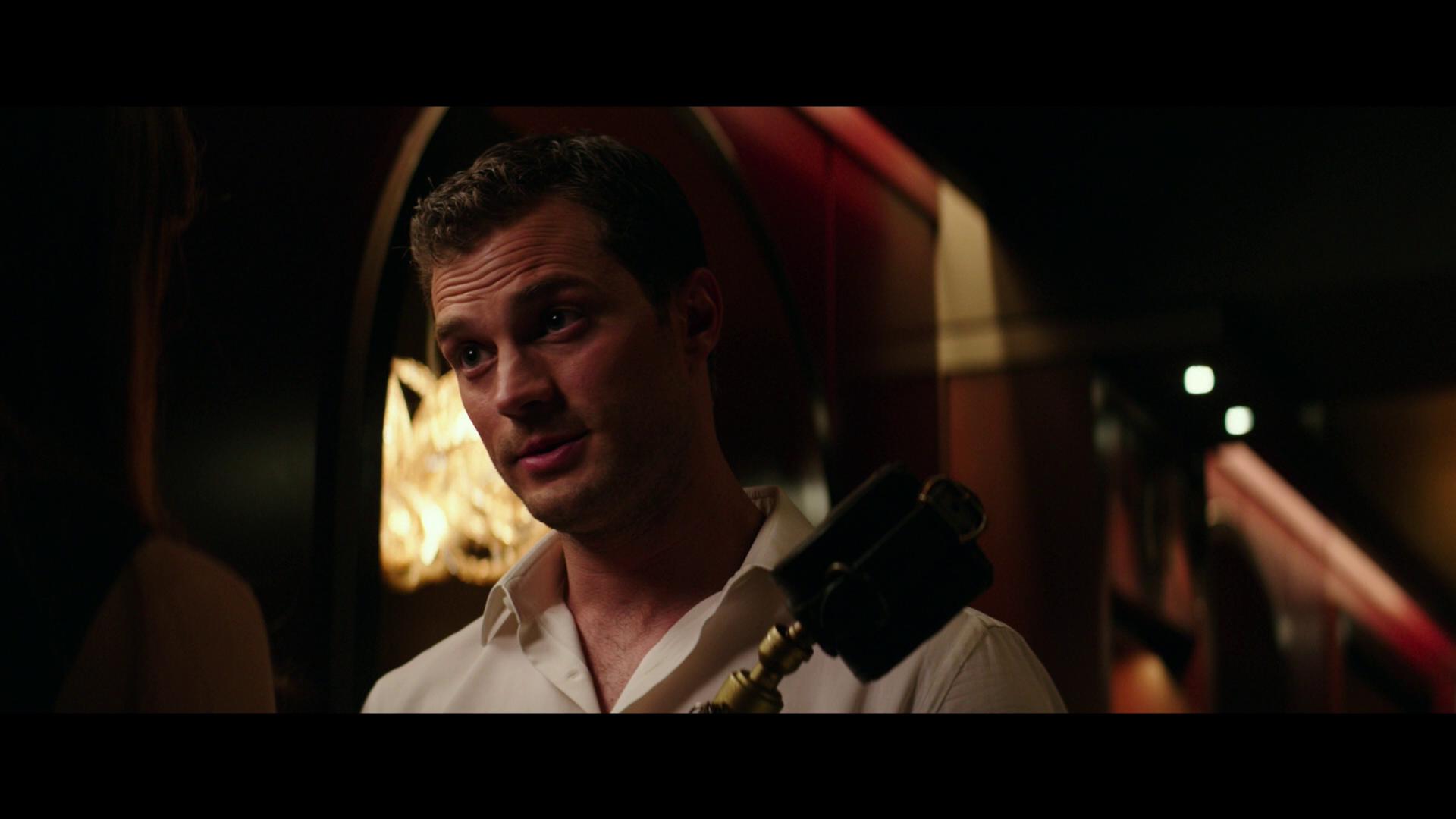 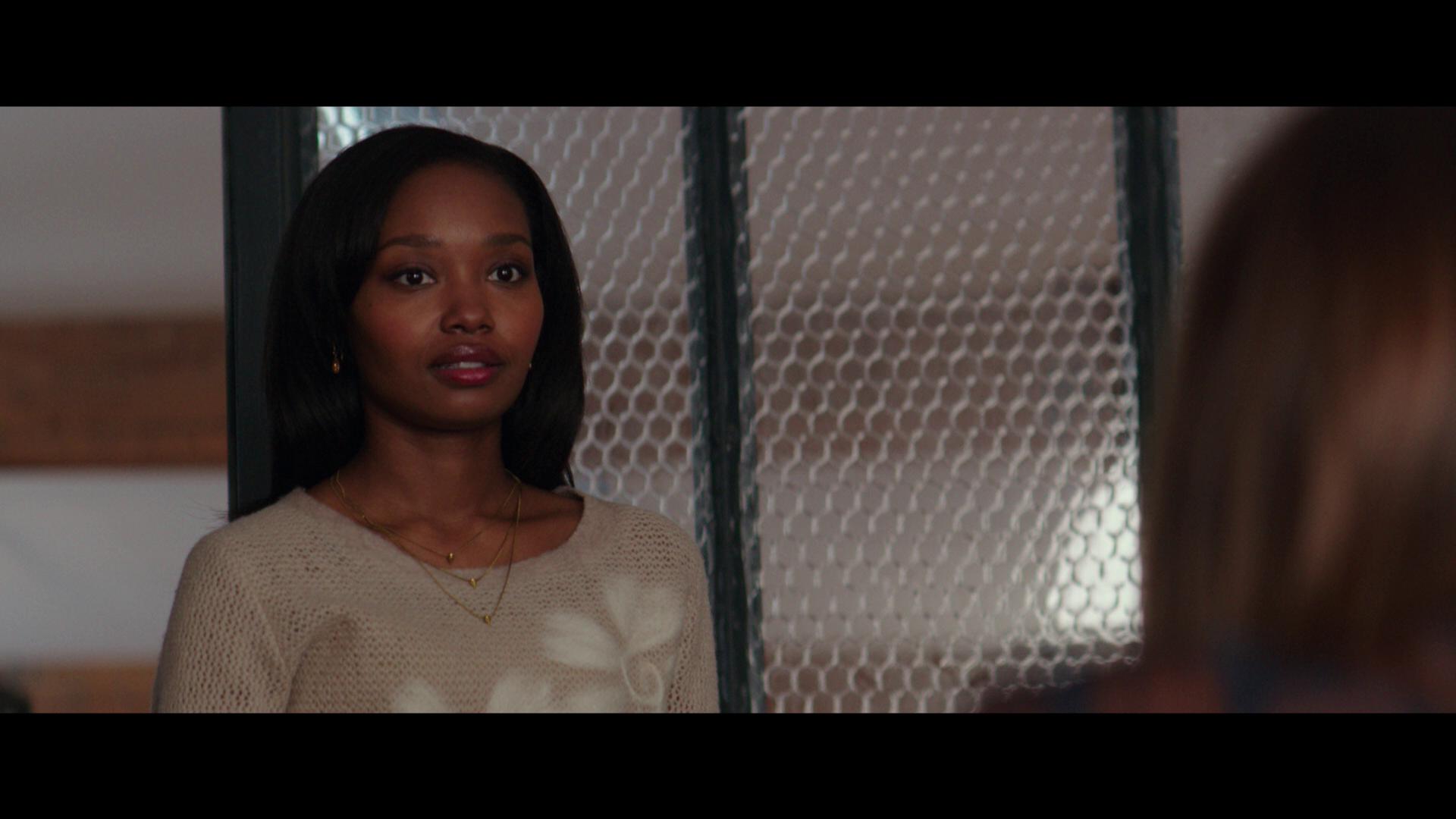 As you can see from my comments above, Fifty Shades Darker wasn’t a bad movie.  It wasn’t a great movie by any means, but it wasn’t necessarily bad.  The story that’s presented offers some answers to questions that were raised after watching the first film.  The visual and audible presentation of the 4K UHD was pretty solid, despite it being a “fake 4K” release.  There’s more than its fair share of additional content to explore the film further.  I’d definitely recommend picking this film up only if you have or plan on watching the first film before diving into this one. 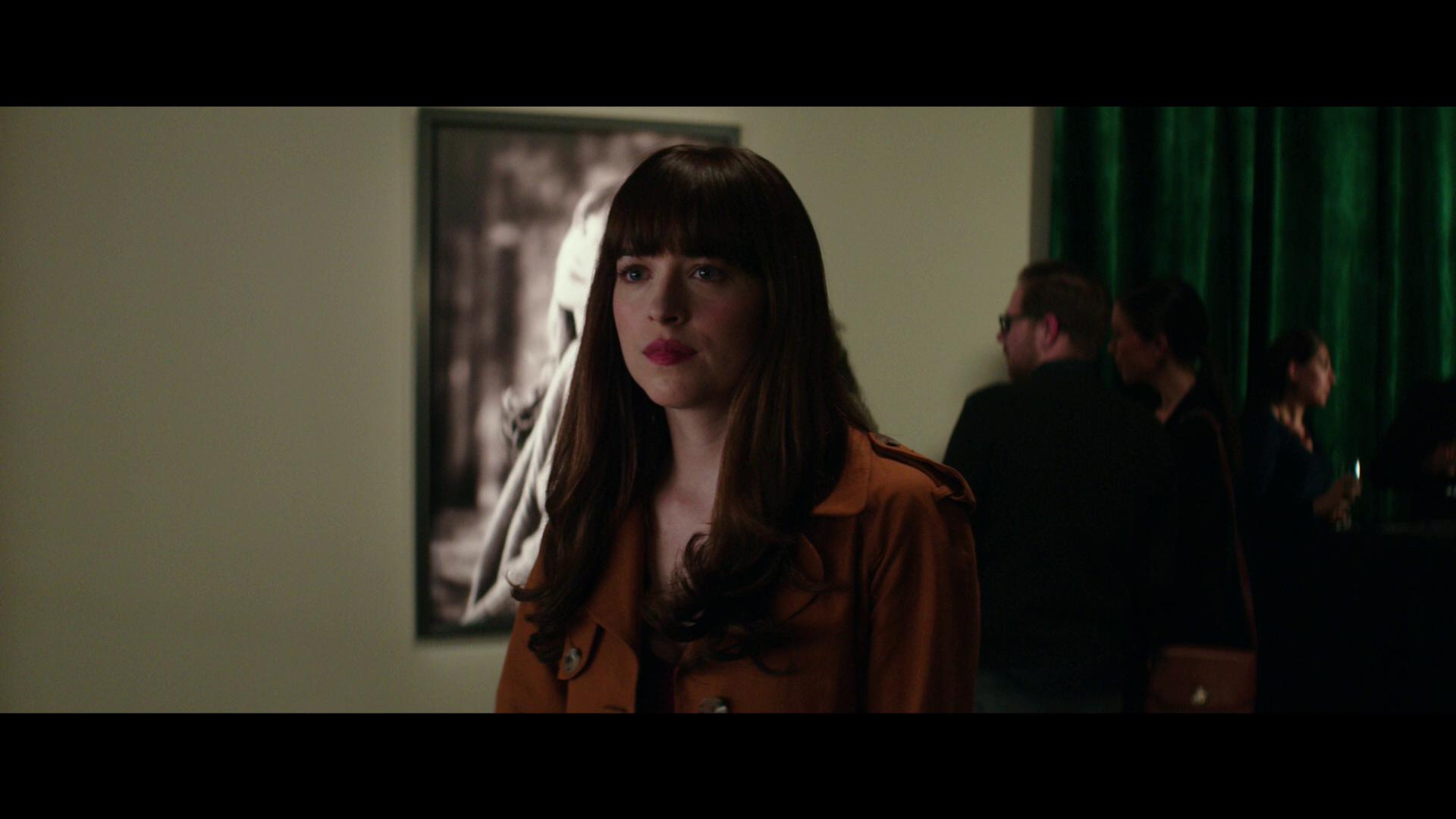 One considerable annoyance that was found with the 4K UHD of Fifty Shades Darker is if you pause the movie for any length of time and resume, the audio and video run out of sync.  It isn’t until you actually stop the disc and reload it, pressing the “Resume Playback” option in the popup menu that it returns to being in sync.  I’m not sure if this is an issue with the disc or if it’s an issue with the Samsung UBD-K8500 UHD player, but this is the first time I’d personally experienced an issue like this with the UHD format and this player.