It is likely that Roald Dahl has been part of your life for a rather long time. He continues to captivate the hearts of children everywhere with his books that have accumulated a staggering amount of popularity – and for good reason.  Even further the Roald Dahl stories and film have been an ongoing phenomenon for a number of years including, but not limited to: Matilda, James and the Giant Peach, The BFG (1989 release, and the upcoming 2016 release), Willy Wonka & the Chocolate Factory , Charlie and the Chocolate Factory, and finally Fantastic Mr. Fox. 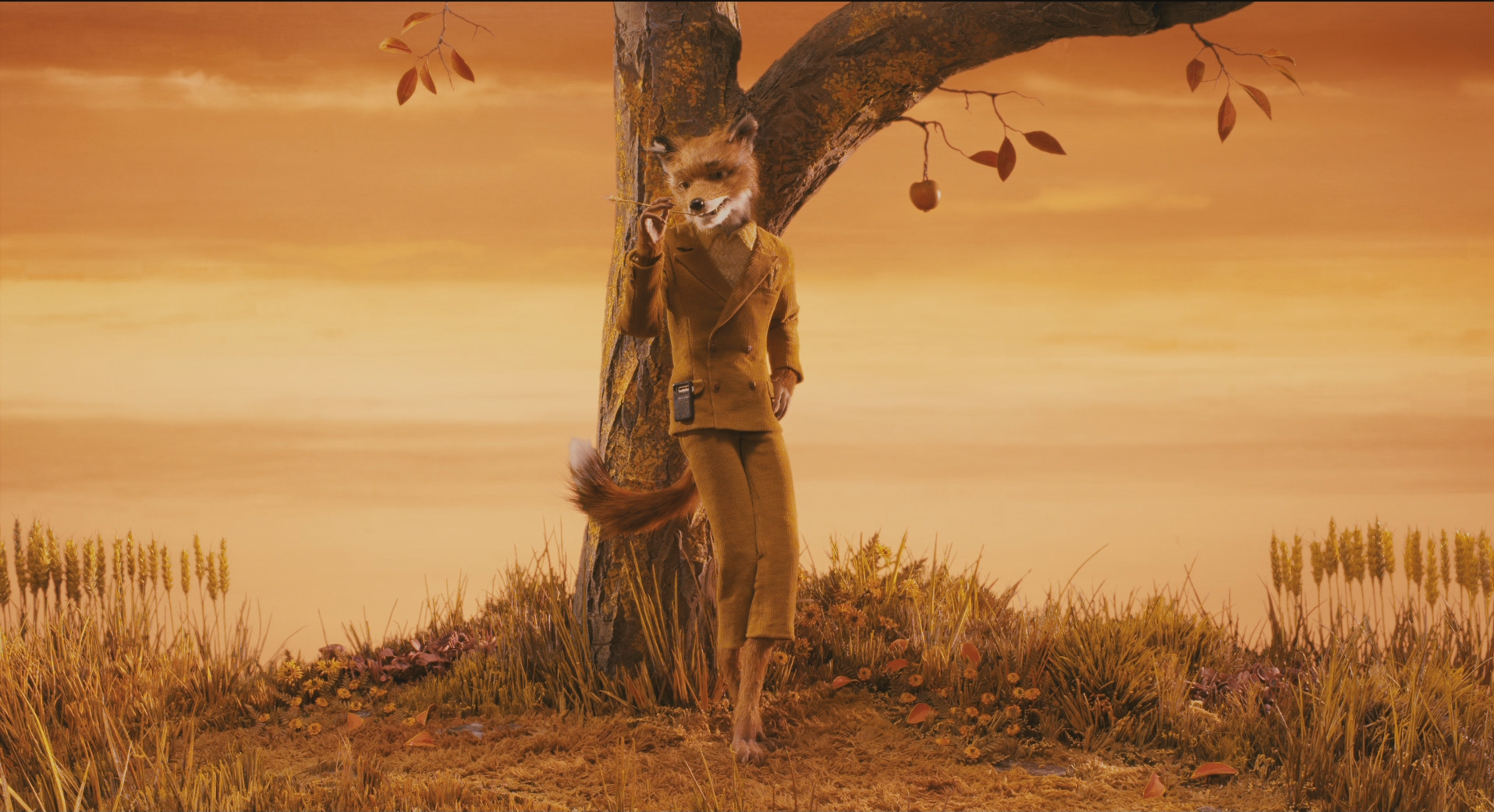 Here we have the rare opportunity to see a master at work.  In his first stop motion animation film, Wes Anderson tackles Roald Dahl’s Fantastic Mr. Fox.  Wes Anderson captures exactly what each director should strive for when handling a book adaptation, he captures the overall spirit of the book and in turn the audience.  Wes Anderson is anything but ordinary but rarely has he been this extraordinary when tackling a film.

The story itself starts with a promise.  A promise of family and a life anew, Mr. Fox (George Clooney) is asked to promise to no longer steal chickens for a living because it is simply too risky for a soon-to-be father.  This does not seem to be problematic until two years later (12 fox years) where we are reintroduced to a middle-aged yet still eccentric Mr. Fox, his wife (Meryl Streep),and his son Ash (Jason Schwartzman).  Mr. Fox is now a struggling columnist looking to revamp his stagnant life.  He decides he needs to move out of his hole in the ground into a nice tree. The only problem being it is located in the neighborhood of dangerous farmers Boggis, Bunce, and Bean. 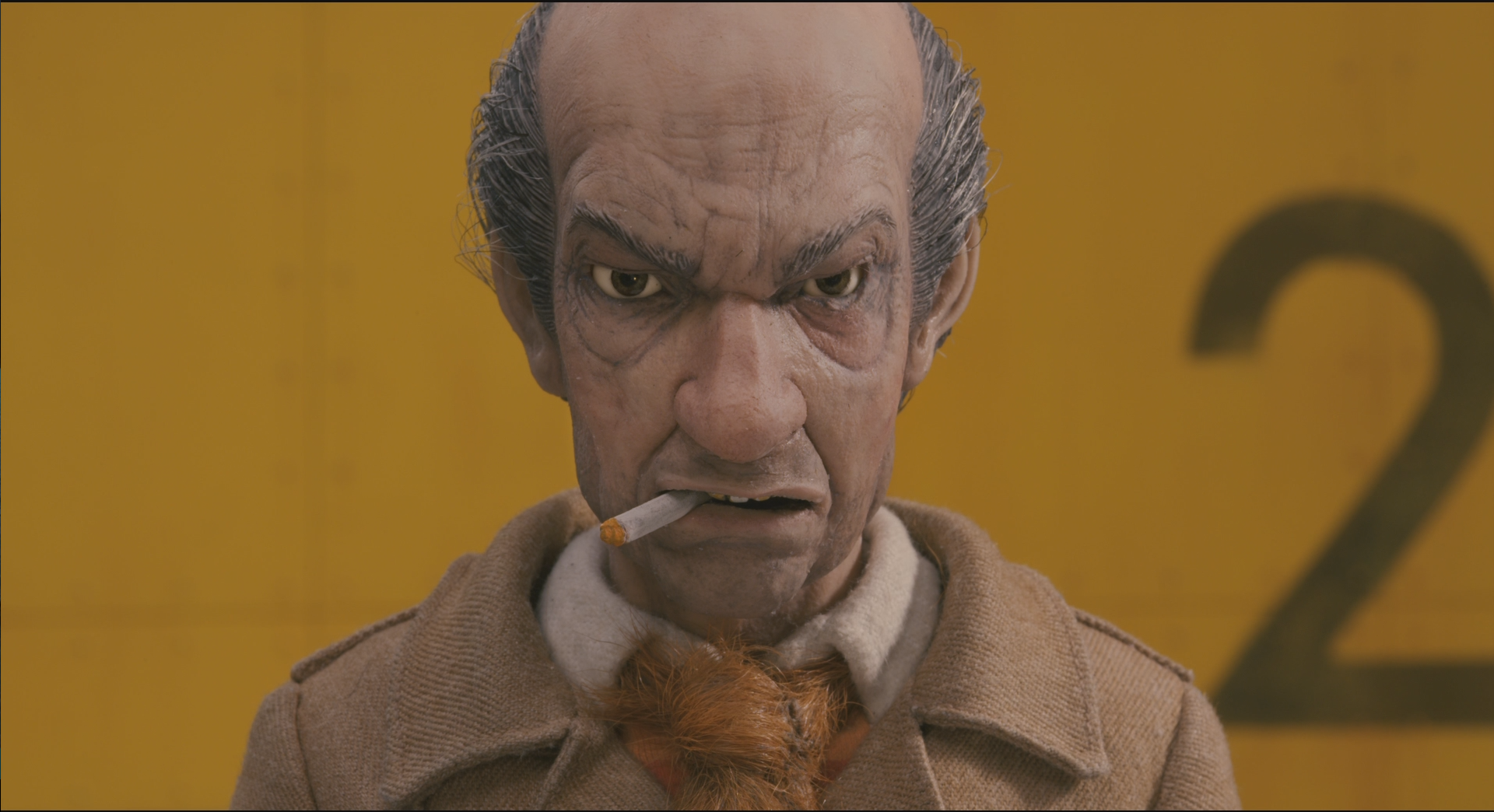 Mr. Fox struggles to hold on to his former self while still maintaining his duties as a father and husband, ultimately failing as we all do, because at the end of the day we are wild animals.  As the tale goes on we are introduced to a plethora of wonderfully unique and multi-dimensional characters with an outstanding cast behind the animation this film does not stop delivering.

You get that familiar Wes Anderson feel without taking it over the top or taking away from the overall beauty and simplicity of the story.

You can really tell that a lot of heart and sweat when into the picture.  The overall detail in the stop motion is breathtaking and when viewed on the proper set-up it can be rather impressive.  Anderson takes advantage of a lot of soft tones to create a unique overall look to the movie starting with a lot of pinks and yellows early on in the movie and moving to slightly darker tones throughout. 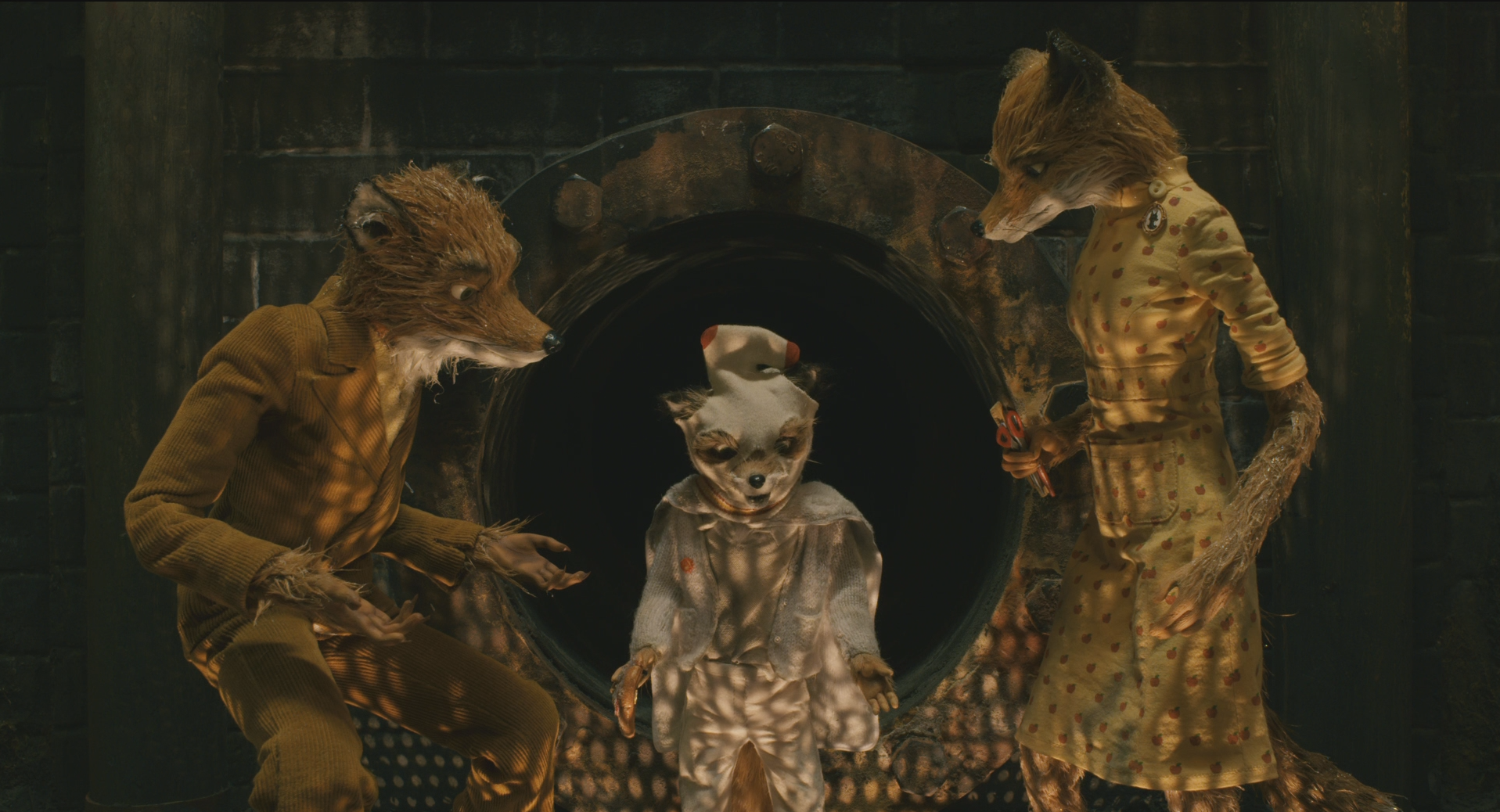 There is something to be said about proper audio editing.  It is something we often take for granted until you have to pick up the remote 6,000 times to adjust the volume because the film was not edited properly.  This movie does an outstanding job with incorporating different recording techniques within the film to create a unique experience.   Not to mention the haunting song that will stay with you days after.

Boggis, Bunce, and Bean
One fat, one short, one lean!
These menacing crooks
So different in looks
Are nonetheless equally mean!

On top of the tricks and haunting song, the overall score should be mentioned as well, even as simple as it is, it creates an environment in which you are able to lose yourself in this beautiful tale. 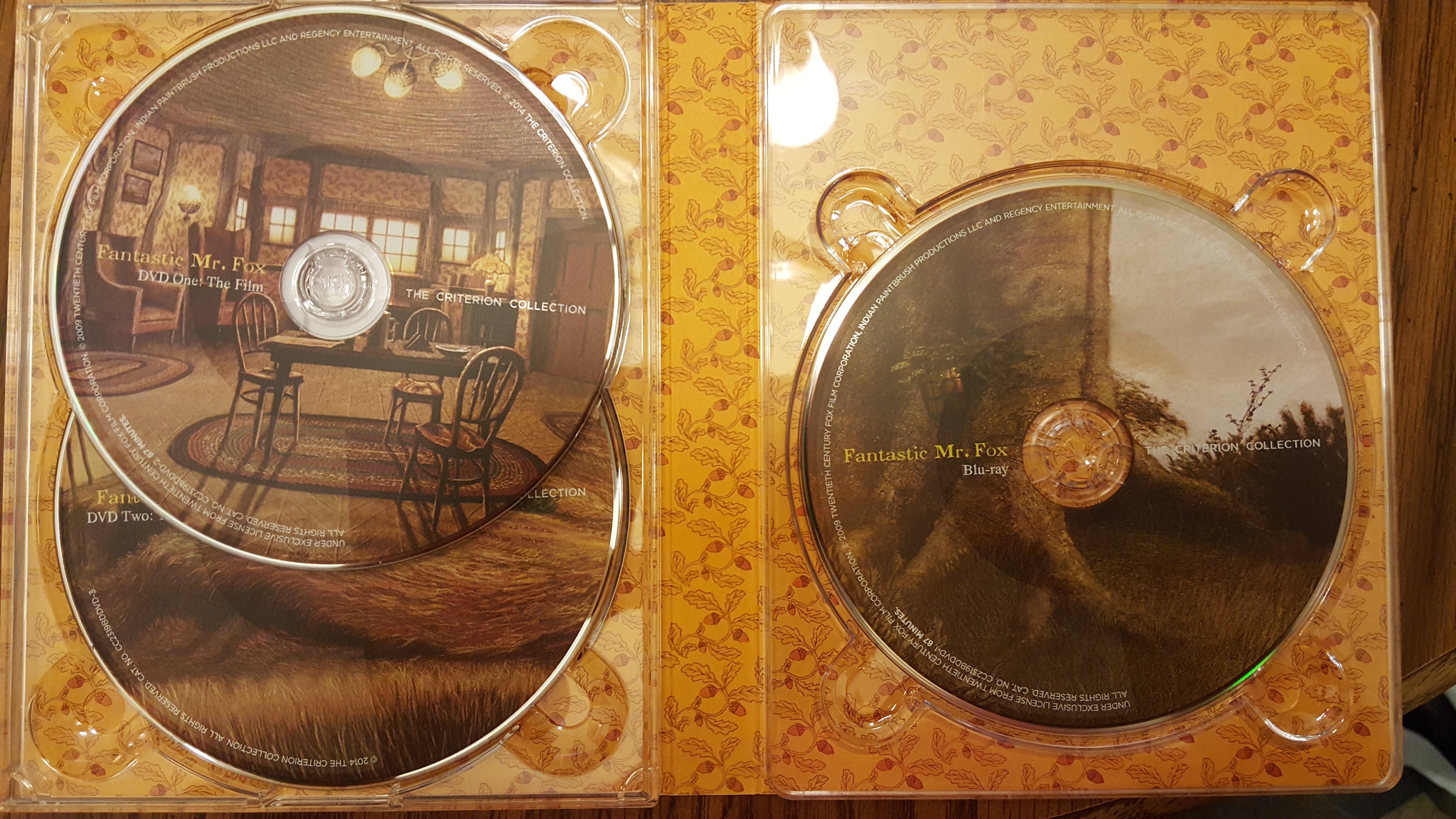 This edition also includes a 33 page booklet with an original essay by Erica Wagner, a previously published article on Dahl’s Gypsy House by Anderson, and a copy of “White cape”, the comic book prop that was used in scenes of the movie. All in all one of the most beautiful editions you could ask for.

As with most Criterion releases, you can expect an incredible amount of special features to be included.  That being said, the features included here feel very personal.  We have the Sony commercial to showcase the filming and, of course, the typical “making of” but we also end up with Roald Dahl reading the story, and Dahl’s manuscripts leaving us feeling as if they really wanted to honor Dahl with this film.

I cannot recommend this movie enough to everyone.  It is one of my absolute favorite releases.  It comes with a plethora of features and it is a magnificent film that will keep you coming back for multiple viewings.  You can buy Fantastic Mr. Fox HERE.