Consider The Fall.  A film presented by David Fincher and Spike Jonze, but what does that truly mean?  I have to admit it sure is inviting whatever it means.  Ultimately it is important to remember that these people did not write or direct the film but they were involved.  They gave their stamp of approval, and that speaks volumes.  I want you to know I wrote this before even watching the first frame of the film.  That is the point after all, to give you peace of mind enough to buy it without even needing to watch a trailer or see it before purchasing.

So admittedly the expectations are high for our unknown Director with the singular name, known only as Tarsem. (If I’m being honest I thought it might be an amalgamation of multiple people much like “The Daniels” who did Swiss Army Man).  So what did I expect? What kind of film was I hoping for? Something artistic, laden with beautiful moments that are full of poetic characters much like the films That Jonze has done over the years (Where the Wild Things Are, Her, Adaptation). Or perhaps something with a deeper meaning beneath a seemingly simple storyline that would fall a little closer to the David Fincher side of things ( Gone Girl, The Game, Fight Club). What we get is a little of both but not enough to make me say “this is Tarsem,” someone I need to watch out for.  This makes total sense when considering I have never heard the name to date, at least not associated with the same zeal you might with Fincher or Jonze. 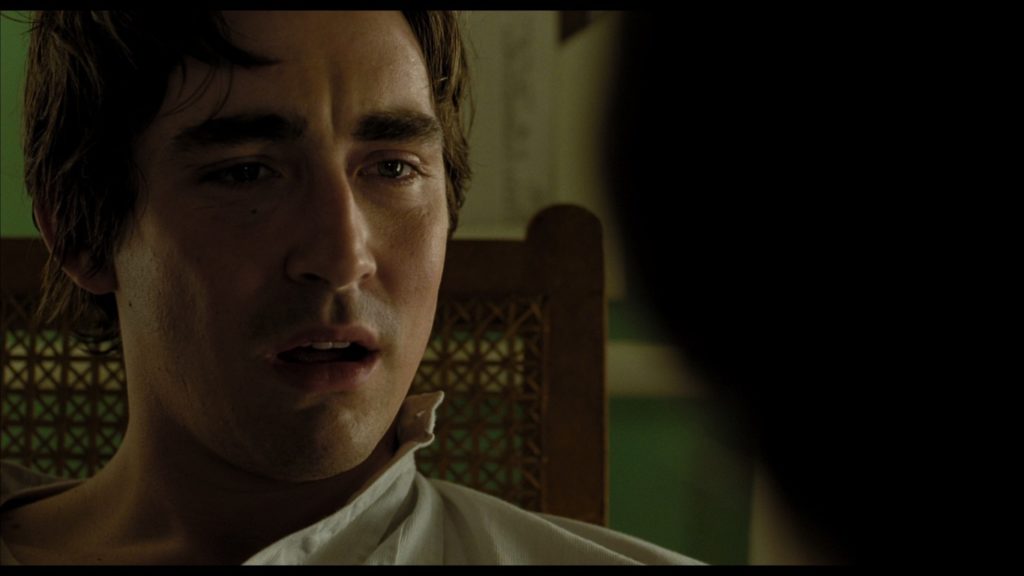 The film itself is straightforward enough. We have a story about a young girl who is stuck in a hospital in the 1920’s.  One day she meets a stuntman named Roy (Lee Pace) who seems to be, on the surface, someone she can trust.  He begins to tell her a story of an epic journey that five men take to seek revenge.  As the story progresses we find the girl and the stuntman are inserted into the story and this story may not be as much as about the redemption of the six men but rather Roy and the little girl.

The film does well to intertwine the two stories and we are left wanting more on both sides. You are meant to hate Roy, but are also forced to see him through her eyes.  This creates a conflict of the two people that we see in Roy that pushes and pulls the viewer in a rather unique way. 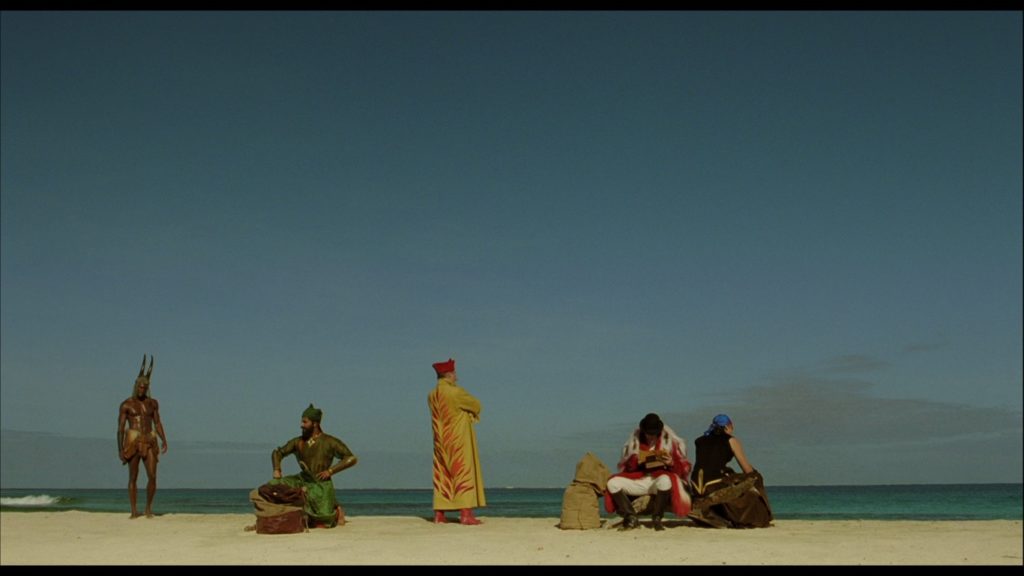 If Jonze did nothing else by being involved, he may have influenced what comes across as a beautiful film Cinematically. From one scene to the next we are left with high contrasting colors and unique scenes. I am reminded of directors that choose to make each scene stand alone in their own way, yet can sometimes fail to bond these scenes together.  Tarsem does well to stay grounded in contrast using the overarching story to keep the audience involved in something real. On a separate note, although I have never viewed the film on standard definition, I can say confidently that the quality has greatly improved on Blu-ray.  There is a lot of detail that comes through in a short amount of time.  This is in large part due to the bright colors and grandiose thematics.

This is a film where I left the subtitles on the entire time.  Now you may not know me that well, but this is not an unusual occurrence for me.  Usually I do this to be able to follow the dialog easily in a film where the audio levels vary drastically enough that I am worried about my neighbors. However, the decision for The Fall  was made because I had a hard time picking out words from the little girl.  She has an unusual accent I cannot place and tends to speak through her teeth. This combined with the epic battle scenes and over the top screams from Pace, I felt it best to leave them on. 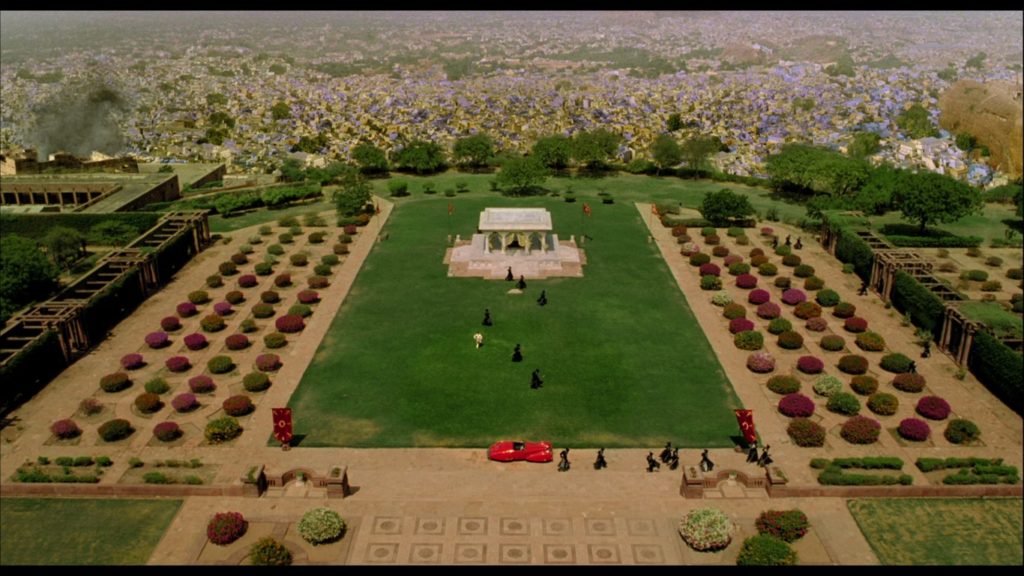 The artwork for this one leaves you wondering. Don’t get me wrong it makes total sense once you’ve actually seen the film, however for the purposes of grabbing someone from the shelf it leaves much to be desired. We have a standard older style case and the film is old enough that the front is covered with the “Experience High Definition” descriptor nice and big on the front.  Open the case and we do get a disc that has some artwork on it which is always a plus and behind the disc is also some unique artwork.  I find the cover art misleading enough that it’s a pass for me.  You really are sold something you think Jonze and Fincher may have directed, not just produced. 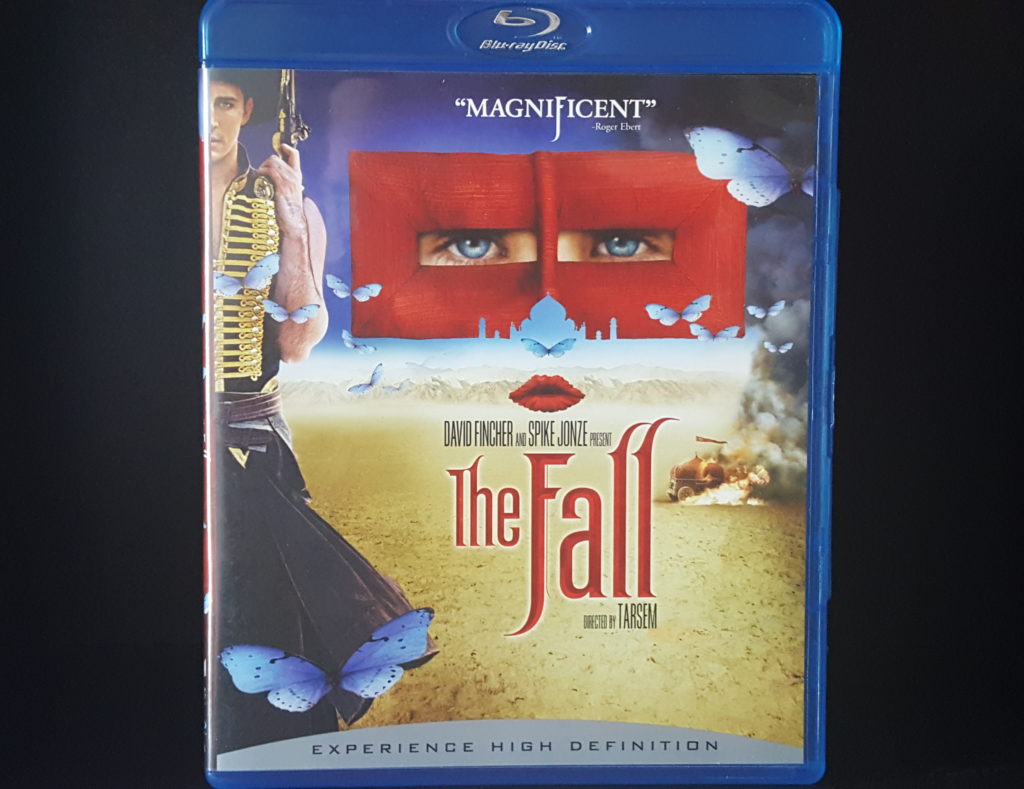 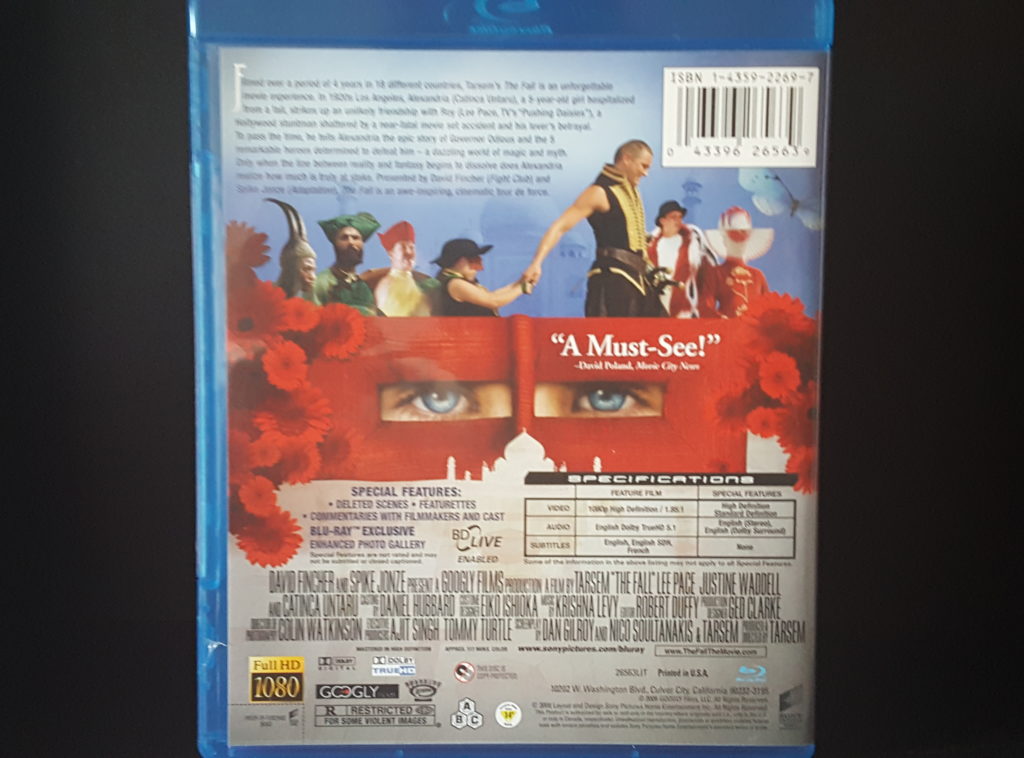 I didn’t have any grand expectations for the added features on this one.  Not only because it was a blind buy but there didn’t seem to be many features mentioned on the packaging.  So I was surprised to see the content of the two featurettes was surprisingly rich with care and behind the scenes.  The special features included are as follows: 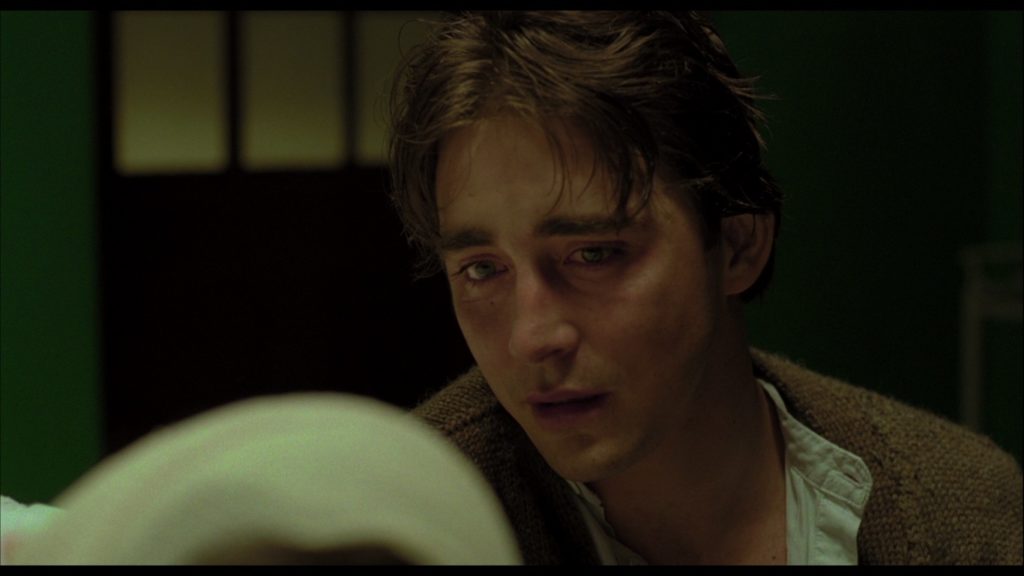 This is an interesting film.  It is not only beautiful and striking but has some substance that is deep rooted in some real issues.  There are also some serious problems with this film.  I think the frequency and timing of the transition from the fantasy sequence back to the hospital are all wrong.  Half the time it seems too often and then when the timing is right you are more interested in the fantasy than you are the overarching storyline.  Lee Pace is on point, he simultaneously nails down a broken man and one who is ready for redemption.  Tarsem clearly was highly influenced by Jonze however, I don’t necessarily see much in the way of Fincher.  That being said what I do see is a man who wanted to direct a very particular film, and he did just that.