The film Exposed may be a new reference point for independent directors and producers in how to take care when selling your film. When the director sues to have his name taken off the credits, that may tell you something.  What was supposed to be a movie “that focused on child abuse, violence towards women, mass incarceration, and police violence” ends up being a generic cop movie that slogs through most of the film. If you are a fan of Keanu Reeves or in love with Ana De Armas then this film might still be worth checking out. I would avoid most reviews and learning too much about the movie and just go in blind for the first time as most pieces written about it give basically everything away in the plot. 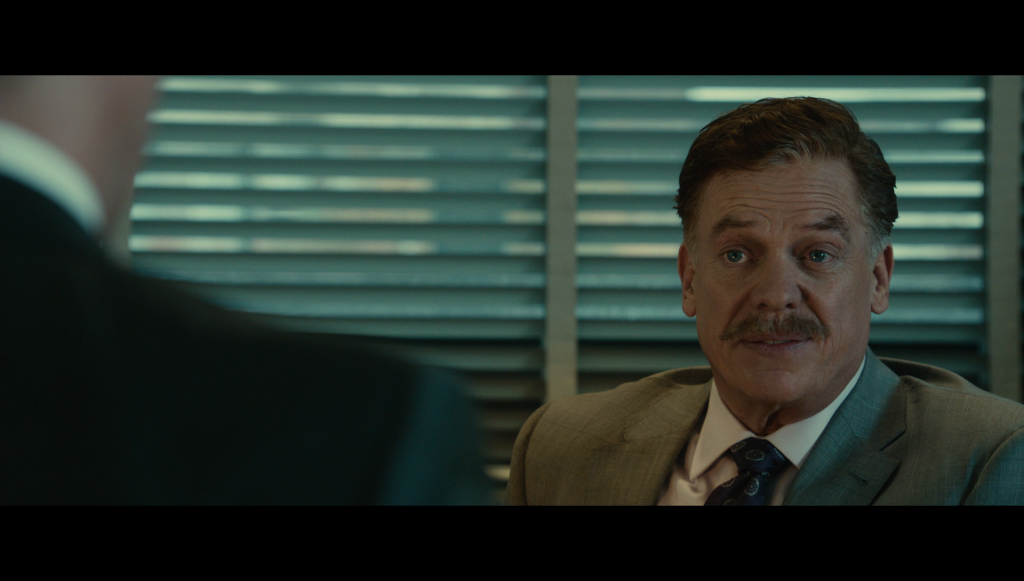 The film more or less follows Detective Galban (Reeves) in searching for the person that killed his partner. It takes place over many months and seemingly this is his only case and he never gets very far or finds too many clues. You can tell that this was supposed to be some form of side plot and that it is smashed together with the rest of the film. Lionsgate wanted a cop/action/thriller so that’s what they try to produce, but it doesn’t work in the slightest. Try to take note of how many different scenes they can fit into 30 seconds. I counted 5 at one point with very little dialogue and random shots interlaced throughout. Needless to say, it was very frustrating to watch and try to figure out the story.

With the film’s parallel paths eventually crossing near the end, the payoff is probably the best part of the movie. That being said, its not exactly worth sitting through the majority of the film while being confused and bored. The original script/film was called Daughter of God and focused more on Isabel’s story.  There are some comparisons you can find and it would have been nice to see the director’s original vision and story, especially since the cast praise it so highly in the special features. As with most big studio releases of newer films, the picture looks just about perfect.  A lot of Isabel’s story has a yellow hue while the Detective’s is more of a blue spectrum.  It’s just a way to tell who’s story your in, and it’s not overpowering or all that noticeable. It was a nice subtle choice by the filmmakers.  There aren’t to many special effects in this film as it mostly focused on the conversations the characters are having and is dialogue driven.

The opening club scene pushes the surround sound in all the right ways.  It hyped me up for the rest of the film, but unfortunately the first few minutes are the highlight.  It’s a very dialogue heavy movie so I guess the lack of big booming audio sequences should be expected.  The dialogue is crisp and clear and does come through nicely. Fun fact: the original script actually had 70% of the film in Spanish, but thankfully that changed, because one problem I did have was with the subtitles.  I have a 21:9 HDTV and was confused why the subtitles only came on certain parts.  What happens is the subtitles are mostly under the frame of the film in the black bars.  So if you have a projector or uniquely scaled TV (or use a zoom in feature like some sort of barbarian) you will have to be conscious of this and have it scaled accordingly for the subs. 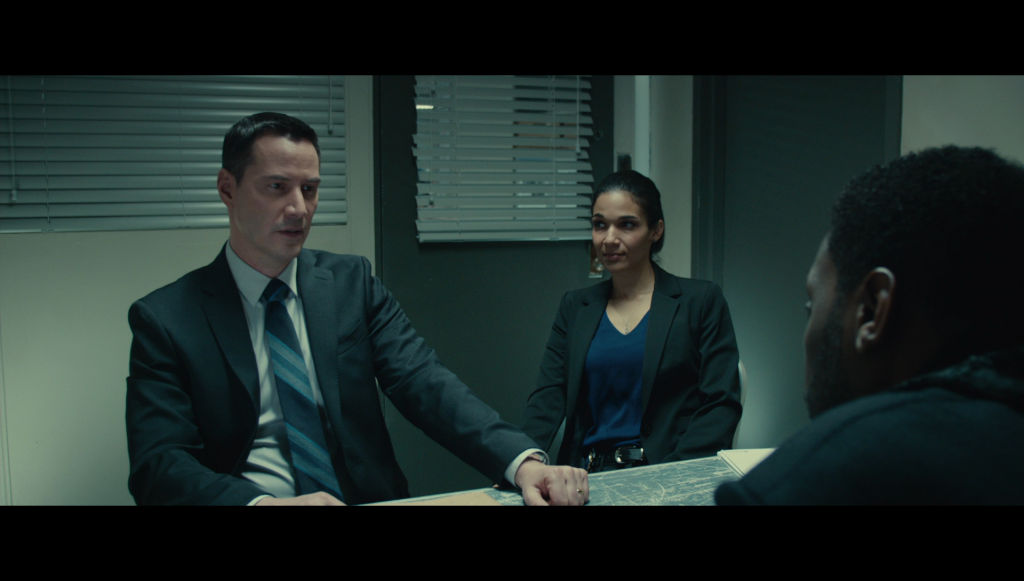 Making Exposed (12:08) This feature is just some interviews with the different cast.  It might be worth watching if only to see the irony of all the actors wanting to do this film because they loved the original script so much. They even refer to it as Daughter of God.   This makes me wonder what they would say now after seeing the final product.  I’m a big Keanu fan, but apparently not as big as everyone working with him.  The entire cast talks extensively about what a joy he is to work with.  Keanu also produced this film and was the one that cast some of their roles, so the love is not unexpected. 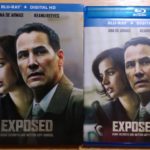 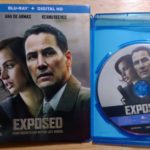 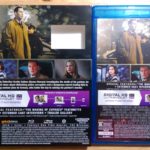 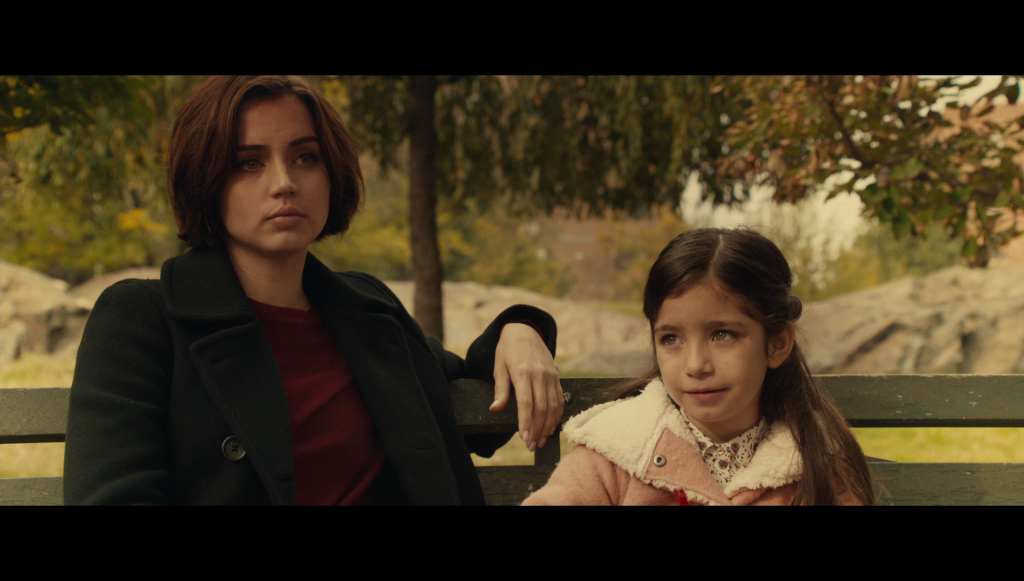 I really wish Lionsgate included both cuts of this film, especially since it was only in a couple theaters and made under $200 in ticket sales.  I can’t imagine they would release the original film entitled Daughter of God on it’s own with the negative reviews of Exposed, but who knows what these studios executives are thinking.  I can only recommend this film to those that are Keanu fans or ones that want more of Ana De Armas.  I will say that Ana is not only beautiful but she has great acting chops and should become one of the new big female stars in the coming years.

I picked this up on release this week for $14.99.  It does come with a slip and UV code so that does add some value, but even with those I would recommend picking this one up in the $10 range unless you are interested in controversial film releases. 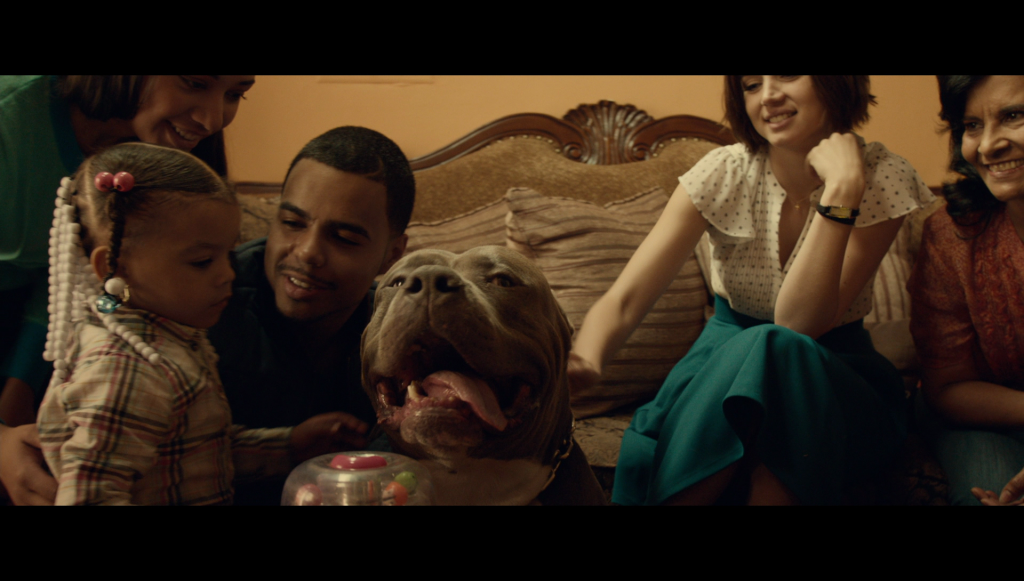