The Expendables is an American series of action films that were written by and stars Sylvester Stallone and were originally created by David Callaham. The film series itself was created to pay homage to the blockbuster action films of the 1980’s and 1990’s and also pays gratitude to the action stars of those decades, as well as more recent stars in action. The series consists of three films, The Expendables (2010), The Expendables 2 (2012), and The Expendables 3 (2014), with a fourth and final film scheduled to be released sometime in 2018. The series has received mixed critical reception overall, in regard to its plots and dialogue between the characters; however, several critics have praised the use of humor and action shots. All three films have been considered to be box office successes.

The Expendables (2010) starts off with the group of elite mercenaries who carry out a variety of missions, ranging from assassination to rescue, are deployed to a South American island, Vilena, to overthrow a Latin American dictator, General Garza, who is interfering with the plans of a group of “people” that are lead by a man known only as Mr. Church. However, the team leader, Barney Ross, soon realizes that Garsa is merely a puppet that is being controlled by a ruthless rogue CIA officer.

The second film of the series, The Expendables 2 (2012) takes place after the first film. While the group accepts another mission from Mr. Church to make up for losses caused by the mission in Vilena, they end up in a conflict with a rival mercenary group, the Sangs, and their newest and youngest member is murdered by their leader, Lean Vilain. Ross swears vengeance on Vilain for his protege’s death, and starts to track him down, in the process learning that Vilain threatens the world with five tons of weapons grade plutonium he intends to excavate from an abandoned Soviet mine and sell to the highest bidder.

In the third film, the group comes face to face with the team’s co-founder, Conrad Stonebanks. Ross was forced to kill Stonebanks after he became a ruthless arms trader, but somehow, Stonebanks has survived and has now made it his sole mission to destroy The Expendables. Ross resorts to recruiting a newer, younger generation of Expendables to help his team overcome his old adversary. 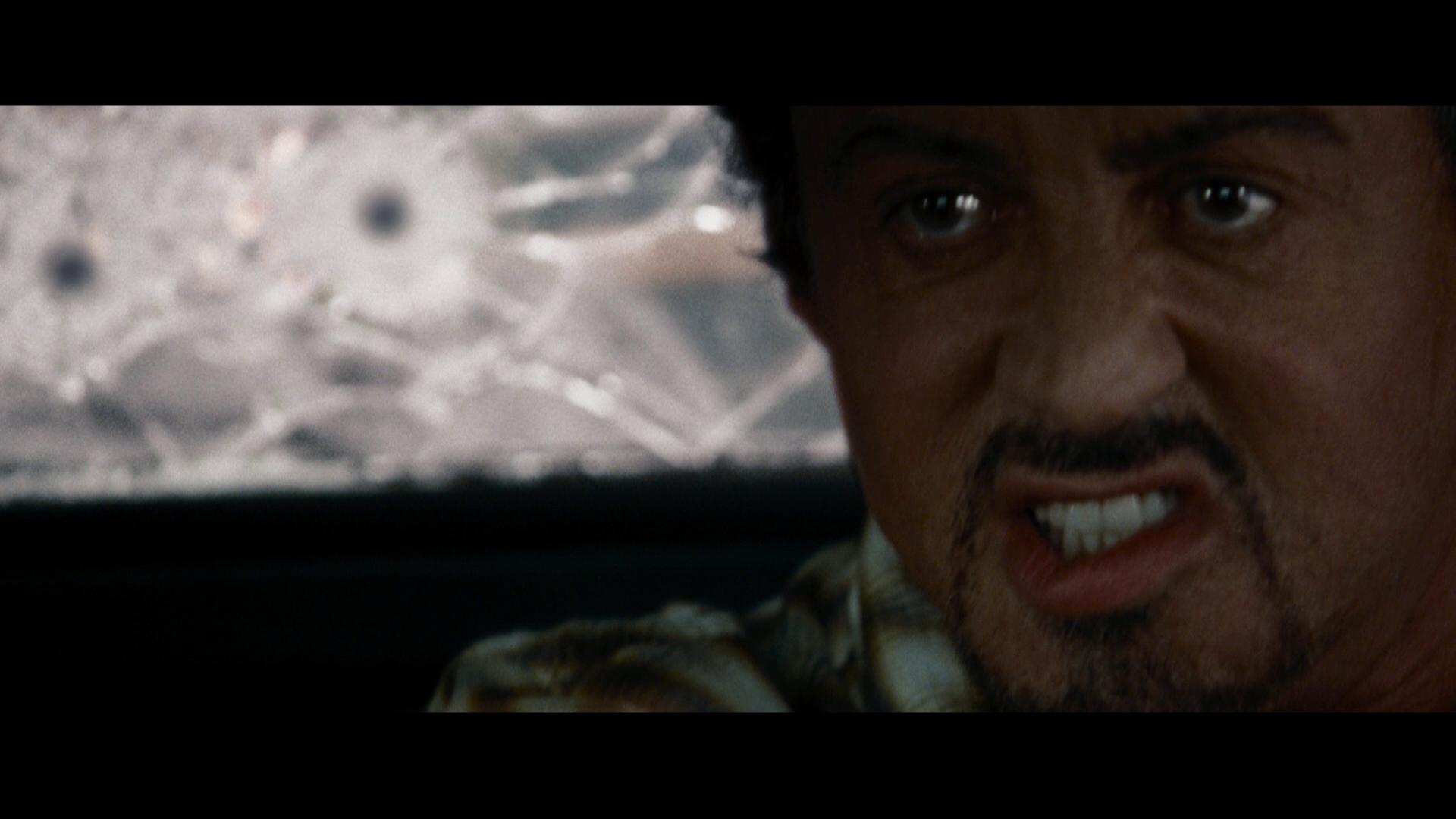 The three films that make up The Expendables Trilogy are a series of films that viewers should go in with little to no expectations; other than the obvious fact that the action stars who, during the prime of their careers, are going to be running around blowing shit up.  The story that we’re given isn’t bad, but it really isn’t all that great.  Just know that when you dive into these films, you’re going to be seeing a ton of exaggerated action, and that’s really what these films are about anyway. 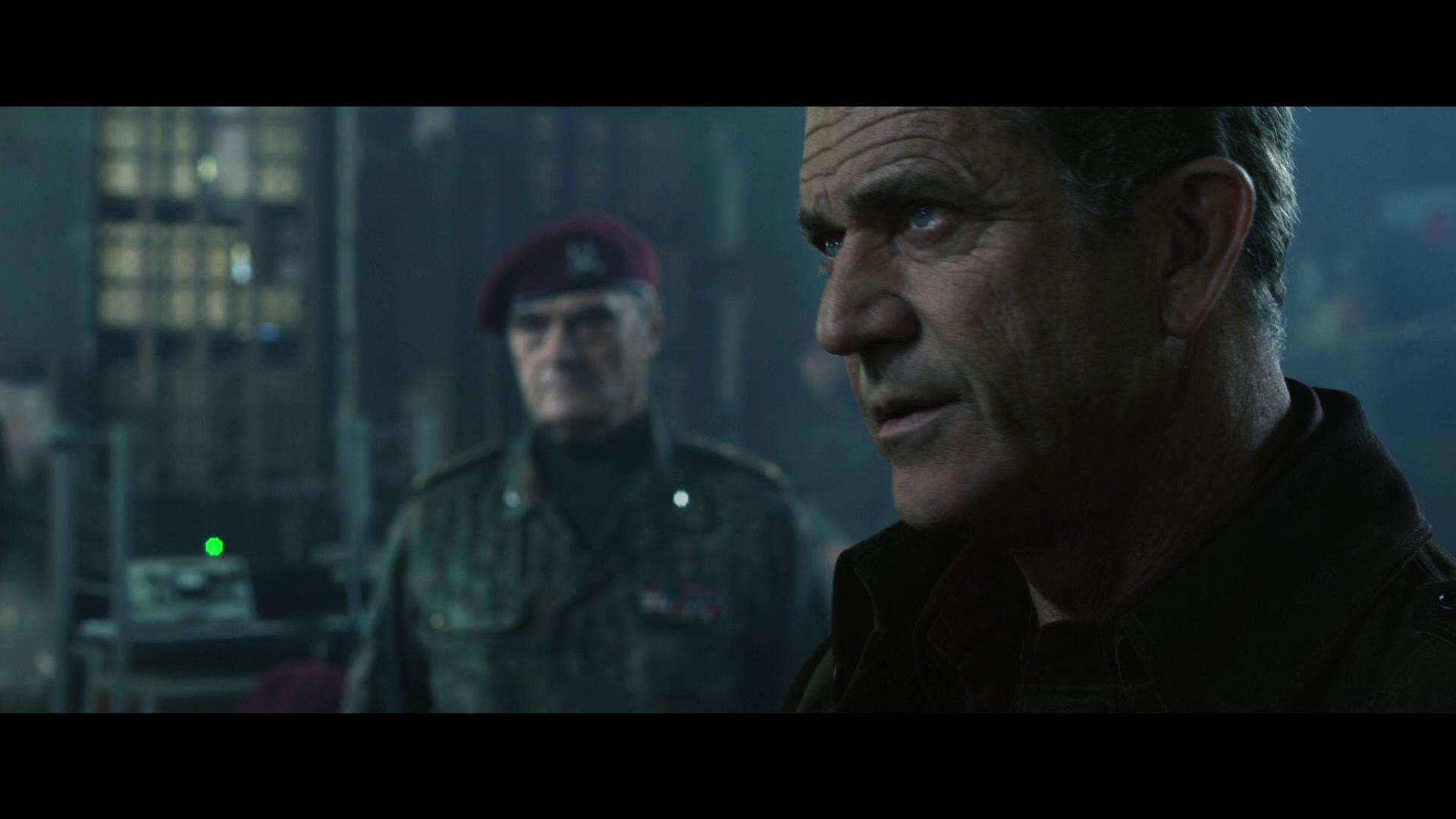 Bearing the 4K resolution, The Expendables Trilogy wasn’t all that bad.  However, it is definitely the inclusion of HDR on this release that made for an exceptional viewing experience.  Allowing for a boost of colors over the films Blu-ray counterpart, the insanity that plays out on your television in 4K with HDR is just that much more real.  Everything from the clear picture of explosions to the swift kicks during the hand-to-hand combat, this release did a pretty good job with its use of the technology behind the format.

Packaged with a Dolby Atmos audio track, The Expendables Trilogy sounded absolutely phenomenal as it played through my home theater system.  Offering an extremely immersive experience for my wife and I as we watched through these films, we really felt as if we were right there in the middle of all of the insane shit that happened.  Doing a fantastic job at its use of the elevation aspect, this UHD release does a great job at conveying the over-the-top stunts these guys went through, both during the peak of their careers and their desire to pay homage to their earlier career feats. 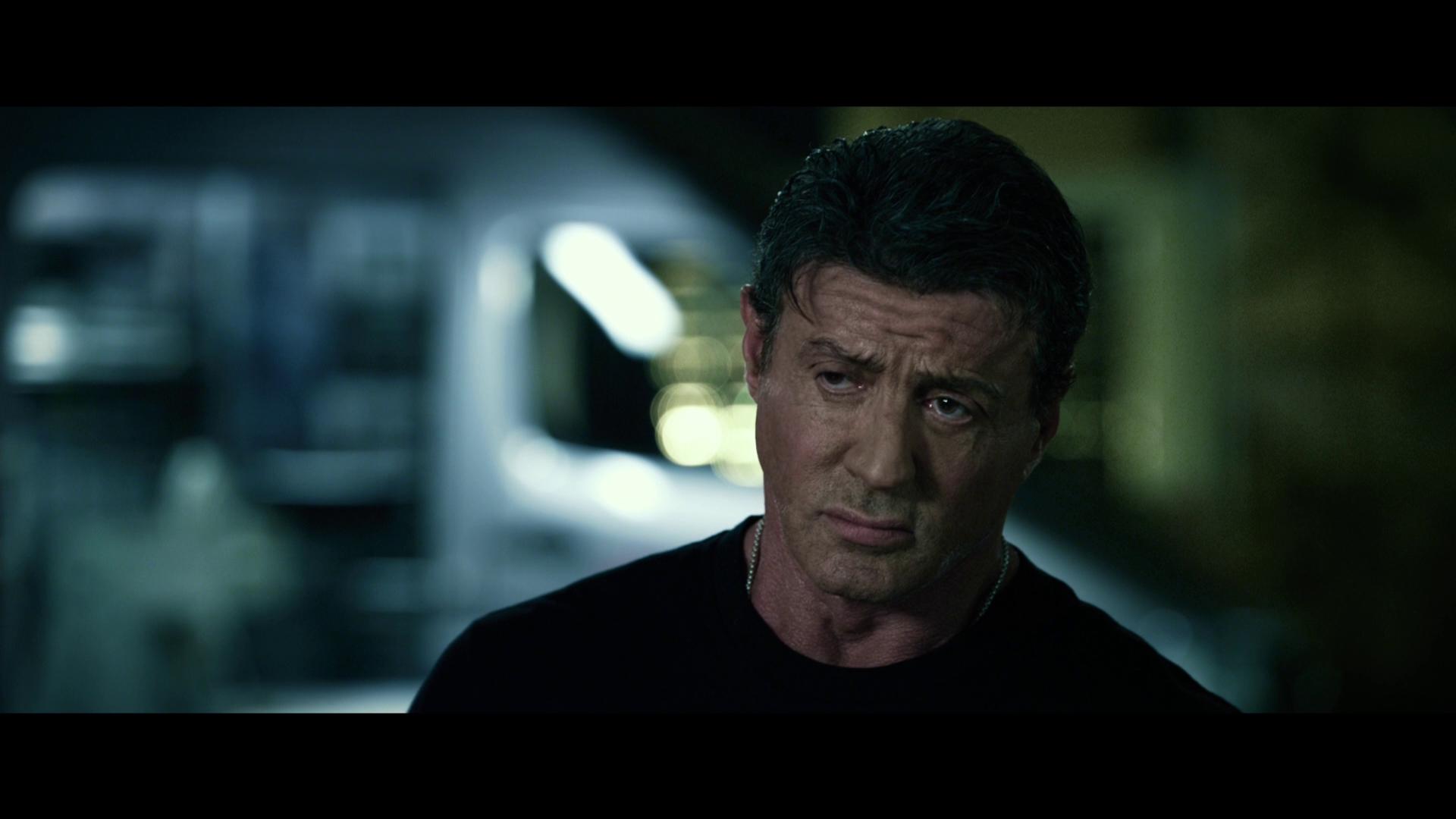 The Expendables Trilogy 4K UHD release comes packaged in your standard three-disc UHD amaray case.  Within that case is the three individual films in the UHD format.  Each disc containing artwork similar to their earlier released Blu-ray counterparts, and distinguishing each one from one another.  There is no Blu-ray or DVD copies of the films nor is there any digital copy redemption pamphlets.  There is a slipcover that’s been made available during the initial pressing of this particular release. 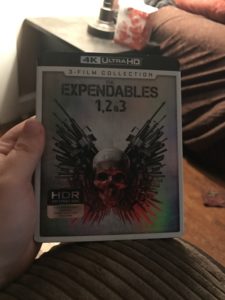 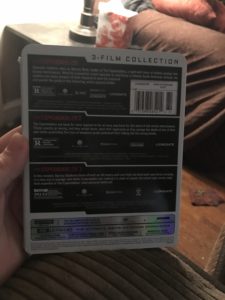 Unfortunately, there are no special features available on this release of The Expendables Trilogy.  As a result, there is no rating on this section of the review. 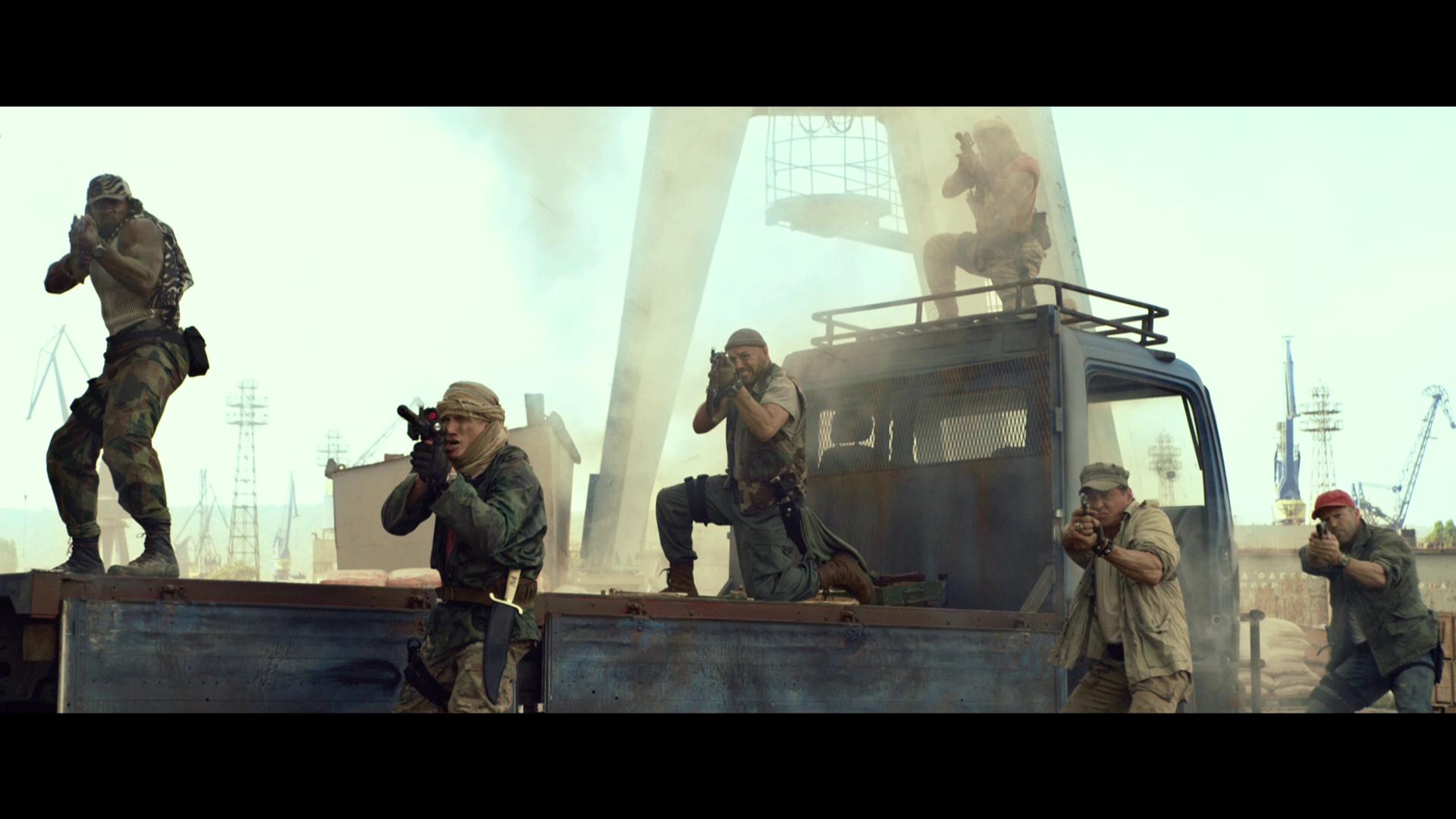 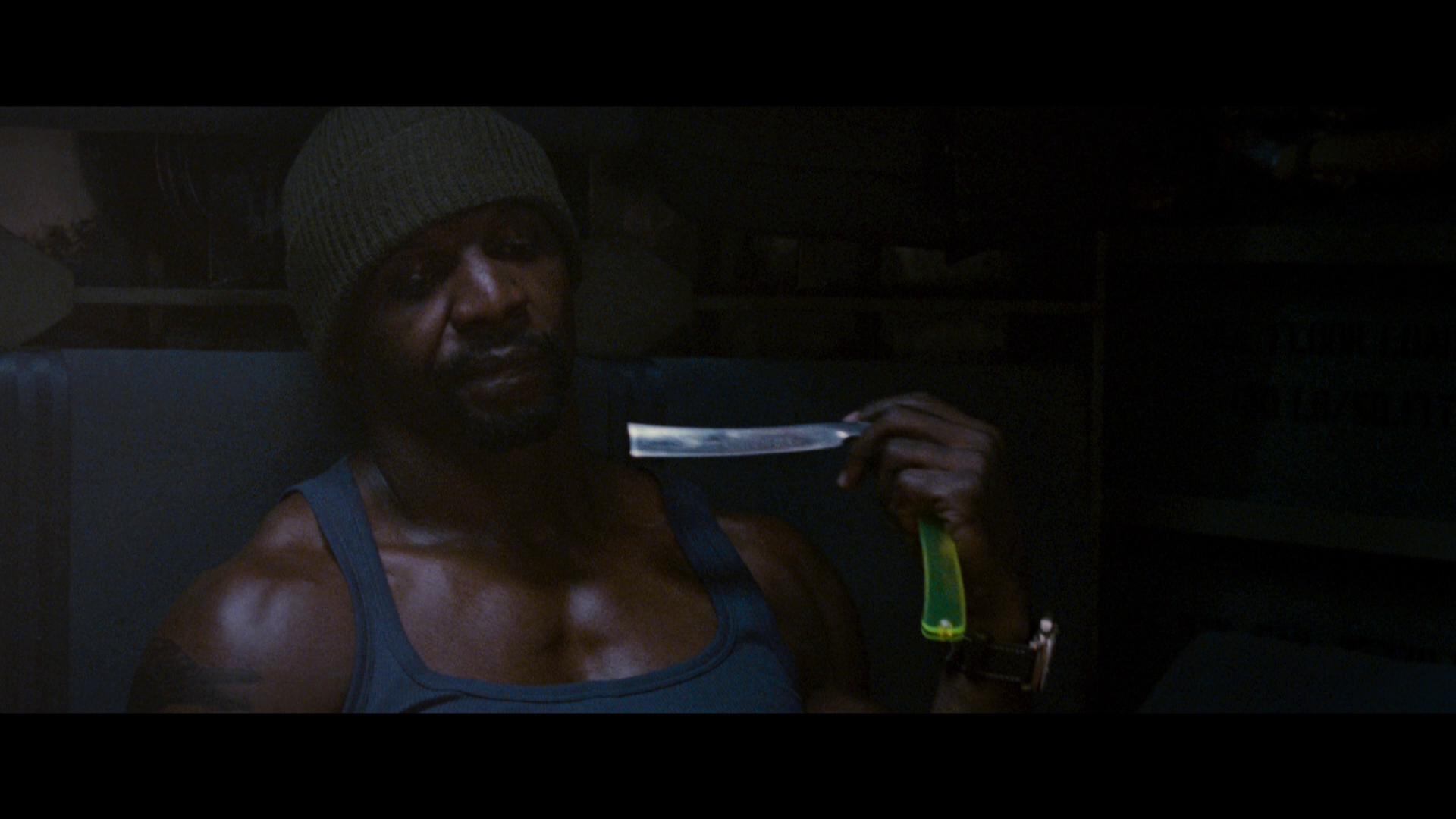 Ultimately, I decided to pick up The Expendables Trilogy on 4K UHD, simply because I was curious and the price was right.  Being that this release is a Walmart Exclusive that was available for approximately $20, I knew I had to explore it and see what it was about.  The stories of these films aren’t anything fantastic, and are as one would expect, a whole lot of action stars blowing shit up again – but that’s not necessarily a bad thing.  These films are definitely 2K upscales, however the use of HDR in these films was absolutely phenomenal.  If you’re looking at checking this release out, I’d highly recommend checking to see if your local Walmart has any copies available.  Your mileage may vary in trying to find these locally though.  If you have the desire to see these films in 4K, they are available from third party sellers on Amazon for a higher price though. 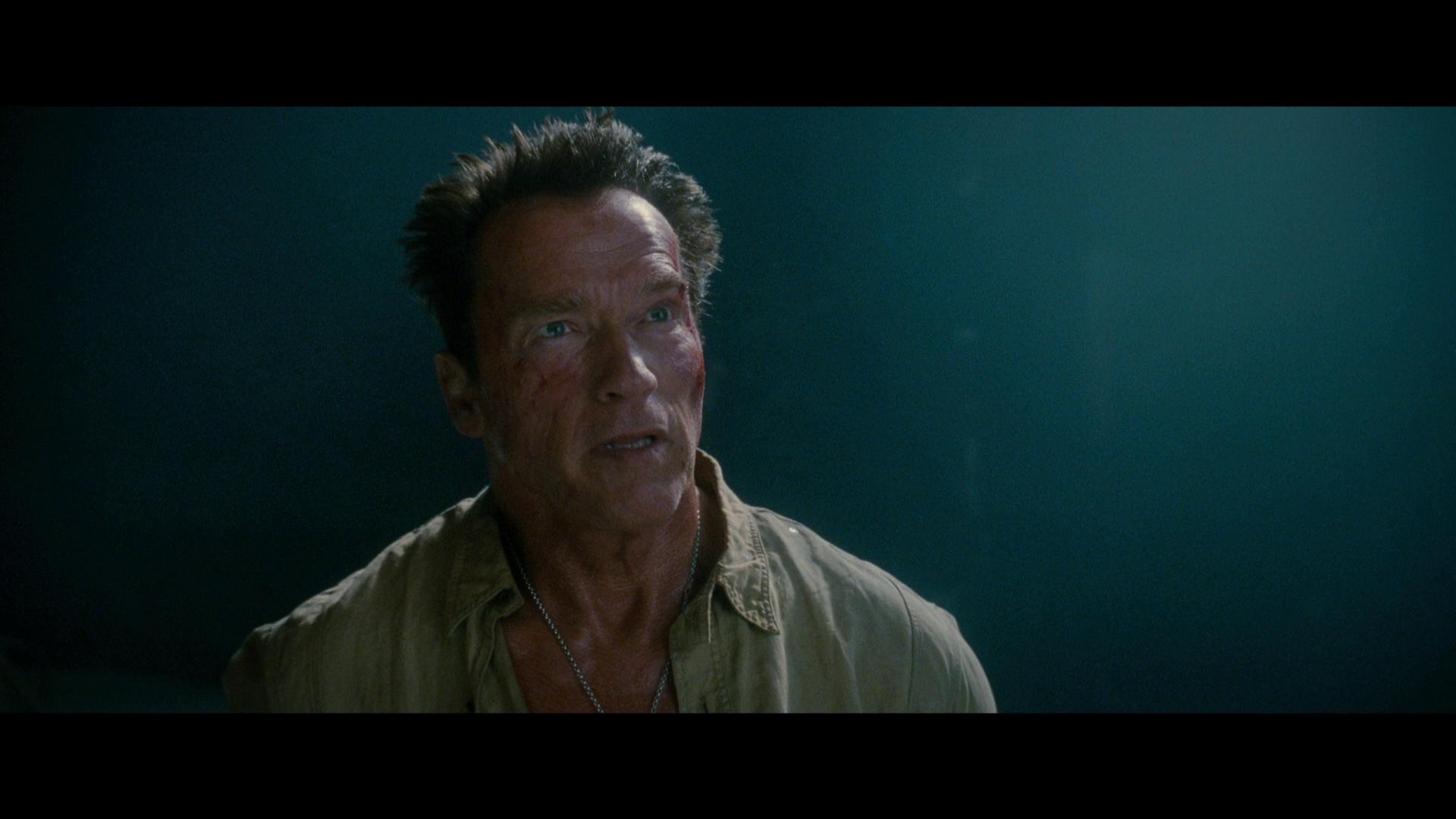