Ex Machina is many things. At its core, it’s a studying of artificial intelligence and how we as humans could possibly learn to interact with such a thing. On other levels, it speaks of psychoanalysis, of the nature of raising people and creatures in captivity, and even retread in some level ideas that have been resonating with us as far back as Steven Spielberg’s Jurassic Park and before that, like the ethics of playing god, and the consequences that are come from such a game. At the same time, even as it covers so many deep, broad topics, it also happens that it’s a fairly entertaining, if not predictable movie, one that moves slow, and builds to an exciting climax. 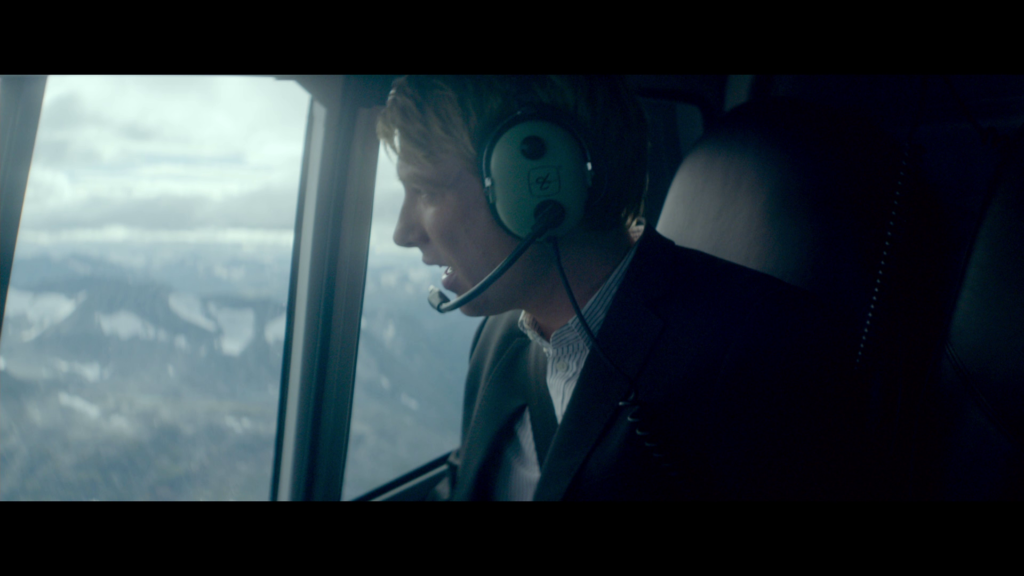 Ex Machina follows the story of a low level programmer, Caleb Smith, at a major tech corporation, Blue Book, an obvious parallel to Google and Facebook. After winning a random contest, he is whisked off to go spend a week with the very private, very secretive CEO of Blue Book at his remote estate. Once he arrives, and being acquainted to the location, he is introduced to Ava, an artificially intelligent robot that the CEO has dedicated the last few years of his life to building and perfecting. It turns out that the contest was really staged in order to find someone to test Ava, and evaluate her humanity. Of the course of the film, Caleb and Ava form a bond, leading them to slowly work together to find a way to get her out of custody so they can be together. Wackiness ensues in the worst way, building into an interesting, yet oddly familiar and ultimately expected climax in the process. 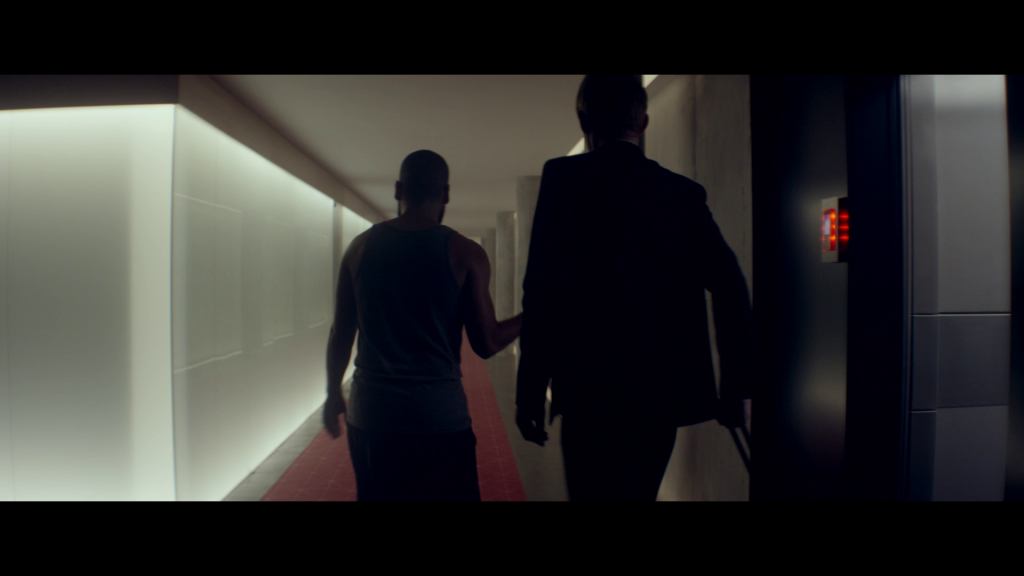 Ex Machina is a fascinating retread of a whole bunch of ideas, and has more in common with movies like Her and 2001: A Space Odyssey, than it does other robot movies, like I Robot and the like. It explores the ideas of rogue artificial intelligence, and man’s desperation for attachment and connection, leading them to form an almost symbiotic relationship with their computer devices. The script is strong, and engaging, driving the movie forward at a steady pace, while still taking time to fully develop the characters of Ava and Caleb through thoughtful conversations that cover various topics. Although Ava is a robot, Alicia Vikander plays the role brilliantly, smoothly blending a cold, robotic tone of voice with subtle hints of human emotion just below the surface. Caleb, played by the ever popular Domhnall Gleeson is played up in an intelligent and sympathetic manner in his fight to save Ava from her evil captor, played by a calm, collected, yet brutal Oscar Isaac.

The film’s Oscar winning special effects are indeed convincing, as Ava are her robotic peers are pulled apart and rearranged in front of us in an organic, brilliant manner. The results are incredibly convincing, yet subtle in a way that you would hardly even notice that they are effects. The film’s sound design, while quiet and low key, is effective enough to carry the weight of the emotional story of Caleb Smith.

Overall, after seeing it twice now, I definitely enjoyed Ex Machina, and look forward to seeing what Alex Garland, the film’s writer and director, has in store for us next. Even though it falls into the tropes of classic artificial intelligence and captivity stories, it manages to entertain for the most part, showing us a convincing representation of what modern robotics may some day look like. Overall, this one’s not bad, not bad at all.

Ex Machina was shot using a variety of digital cameras including the GoPro Hero Edition 3, the Sony-F55 and Sony-F65 digital cameras for an aspect ratio of 2.35:1. It was projected theatrical in 2K resolution, and it’s safe to assume the Blu-ray, which maintains that 2.35:1 aspect ratio in 1080p, was sourced from that same digital master. 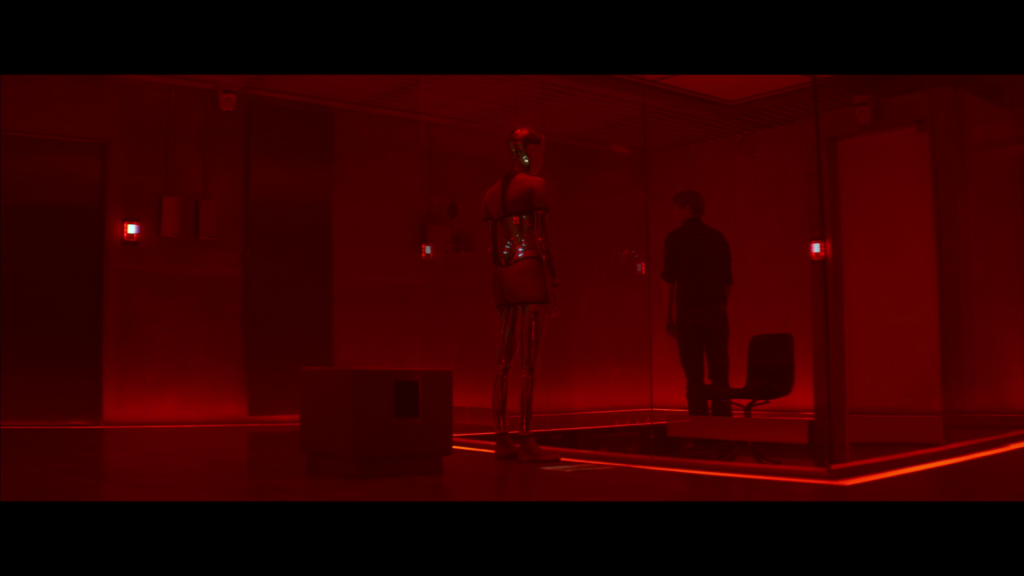 Ex Machina is a cold, robotic movie, and as such, there aren’t any crazy vibrant colors. The color scheme tends to favor the colder end of the spectrum, favoring blues, browns, greens, and whites for the most part, which don’t necessarily lend itself to the most beautiful home video presentation. The movie was shot for the most part using sets of older J-D-C and Kowa anamorphic lenses, which lend to the film having a very shallow depth of field, but also a very sharp, very detailed image. Digital noise is kept to a minimum but is present, and overall, there is very little to complain about with the film’s 1080p image. 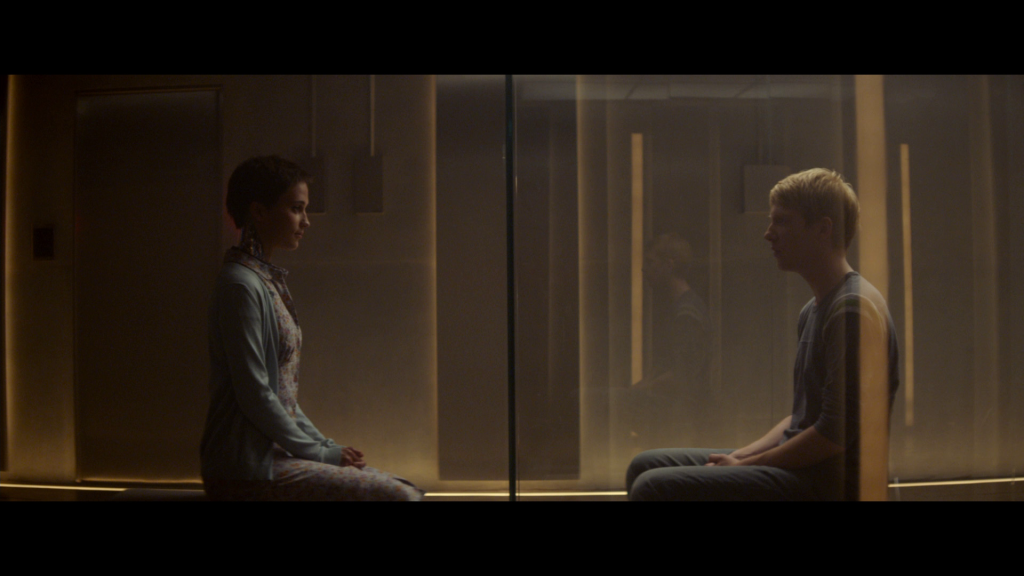 Ex Machina is a quiet movie, that generally focuses on dialogue and facial expressions. There is very little in the way of traditional action to expand sound through your sound system. Most of the film’s dialogue is centered, and outside of some various atmospheric sound effects floating through the surrounds, the movie is mostly a front-oriented experience. The film’s score however, which ramps up in intensity at key moments, carries a decent amount of weight and contrast to the soundtrack. Subwoofer activity is, appropriately, very minimal throughout the entire film. Ex Machina is more of a visual experience, and as the 5.1 surround track embraces that as such.

Ex Machina is presented on home video in a standard Blu-ray keepcase with an accompanying slipcover. Both the case and the slipcover feature identical art. The art however, is appropriately minimal, featuring a picture of Ava imposed over a black background, with the film’s title and casting, as well as a quote from a review imposed on top of Ava. The back cover art features a few key shots from the movie, as well as the traditional text describing the release. Overall, the artwork and design is pleasing to the eye. 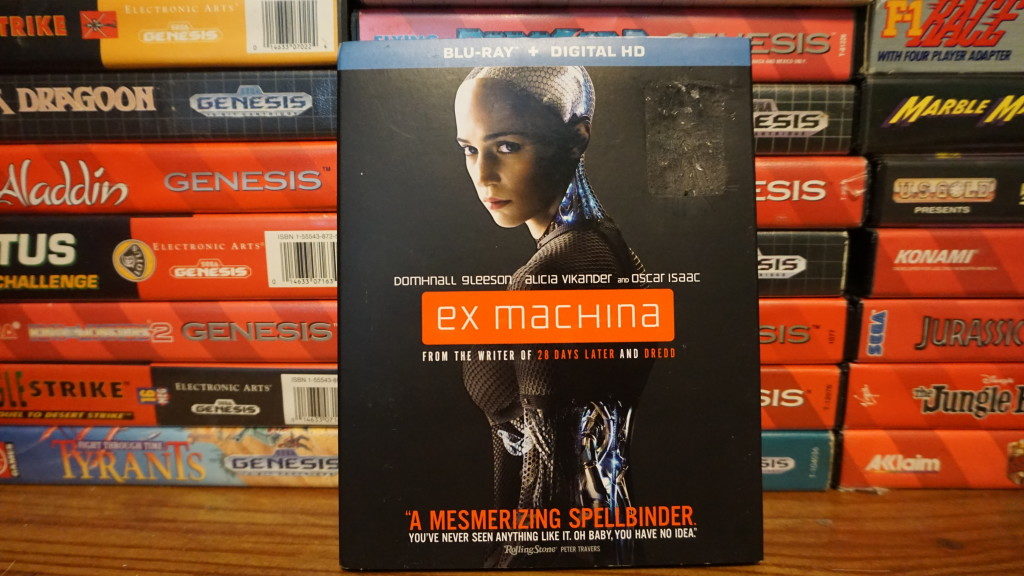 As for special features, Ex Machina includes only three features, but each are over considerable length.

Through the Looking Glass: Making Ex Machina – this feature talks about a little bit of everything, from the genesis of the film’s plot, the cast of the principal actors, the environment on set, etc… in a very comprehensive, and conversational style. Interesting, but not exactly groundbreaking. 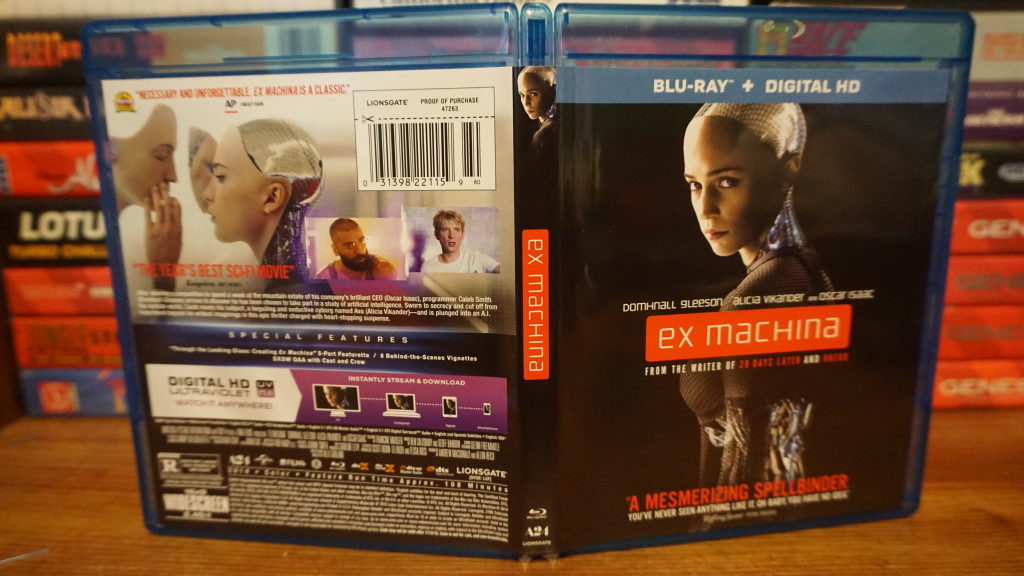 SXSW Q&A with Cast and Crew – a question and answer session, featuring the film’s two composers, the cinematographer, the director, and lead actor Oscar Isaac, taken straight from the famous South by Southwest festival in 2015. The answer topics such as their feelings on artificial intelligence, and general questions about the film with intelligence and enthusiasm. This one is pretty entertaining, if you’re a fan of Q&A sessions.

Behind the Scenes Vignettes – a collection of shorter clips, in which cast and crew members describe various topics such as designing the film’s visual effects, set design, and designing the mind and personality of Ava for the film. These clips are short, but interesting, and don’t manage to retread too much of what Through the Looking Glass brought to the table. 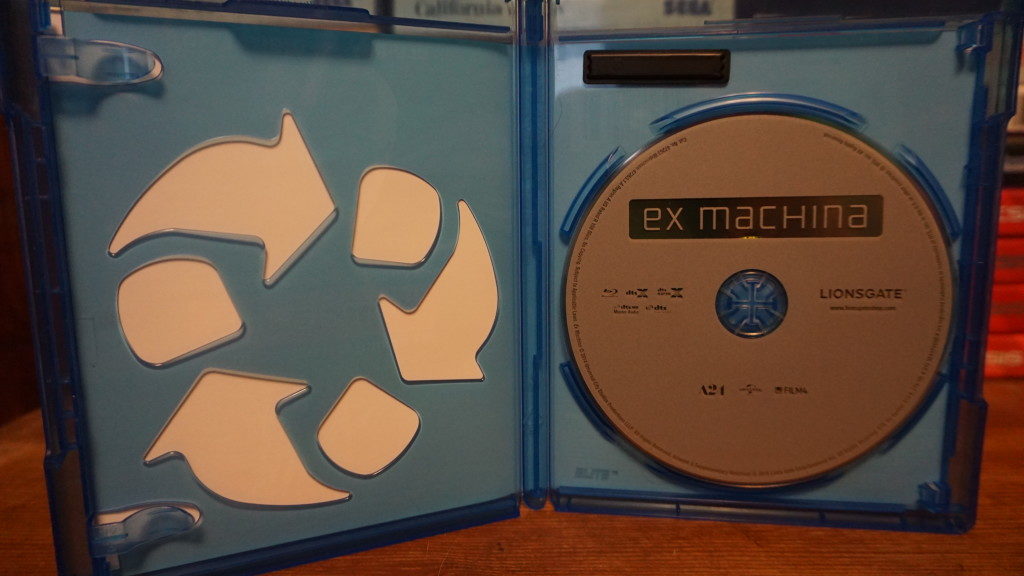 In terms of packaging and special features, Ex Machina is pretty minimal, but what’s there is deep and rewarding, as long as you have the patience to sit through it all.

Ex Machina was a modest box office success, and walked away from the Academy Awards with a surprising, yet rightfully deserved Oscar for Best Visual Effects. The film is littered with thought provoking ideas, sharp, darkly lit set pieces, and a minimal cast that brings strong performances to the table that make viewing the film a rich and satisfying experience for the most part. As the film slowly builds to an intense climax, little things get lost along the way, but it makes for an engaging viewing experience. The film’s visual and audio transfers are proficient, and suit the film’s source material without being mind blowing, and the special features, while minimal, are packed with cool and useful information about the production of the film. This one, while not one of my favorites from last year, still stands on its own as a pretty solid movie, and a pretty solid Blu-ray package.