Evelyn is a 2002 drama that is loosely based on the true story of Desmond Doyle and his fight in the Irish Courts (which took place in December 1955) to be reunited with his children.  The film stars Sophie Vavasseur in the title role, Pierce Brosnan as the father and Aidan Quinn, Julianna Margulies, Stephen Rea and Alan Bates as supporters to Doyle’s case.

The film opens up with nine-year-old Evelyn Doyle’s mother and the fact that she had abandoned the family, leaving her out-of-work father to bring up Evelyn and her two brothers, Maurice and Dermot on his own.  Matters are only made worse when Desmond’s mother-in-law reports the abandonment of the children to the local authorities as Irish law prohibits children from being brought up in a “broken home” and therefore places the children in a church-run orphanage.

Evelyn had a limited release in the United States, making its debut on December 13, 2002 and was later followed by its United Kingdom release on March 21, 2003.  It was produced by, with others help, Brosnan’s own production company, Irish Dreamtime and generally received positive reviews. 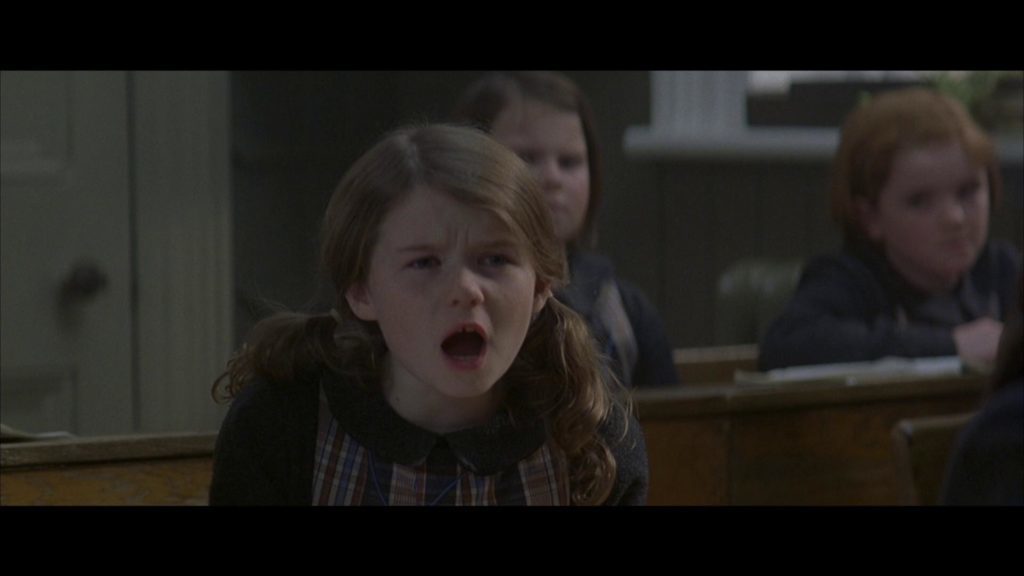 Evelyn wasn’t a horrible movie at all; in fact my wife and I both thoroughly enjoyed this film.  One little bit that I had trouble with was the fabricated Irish accents that the cast members had as it made the dialogue a little difficult to follow.  However, with that one small personal issue set aside, this movie was exactly what I expected it to be after reading through the synopsis on the back.  The audience is presented with a story that is considerably controversial in Irish history and it was presented in what I would consider to be a beautiful way. 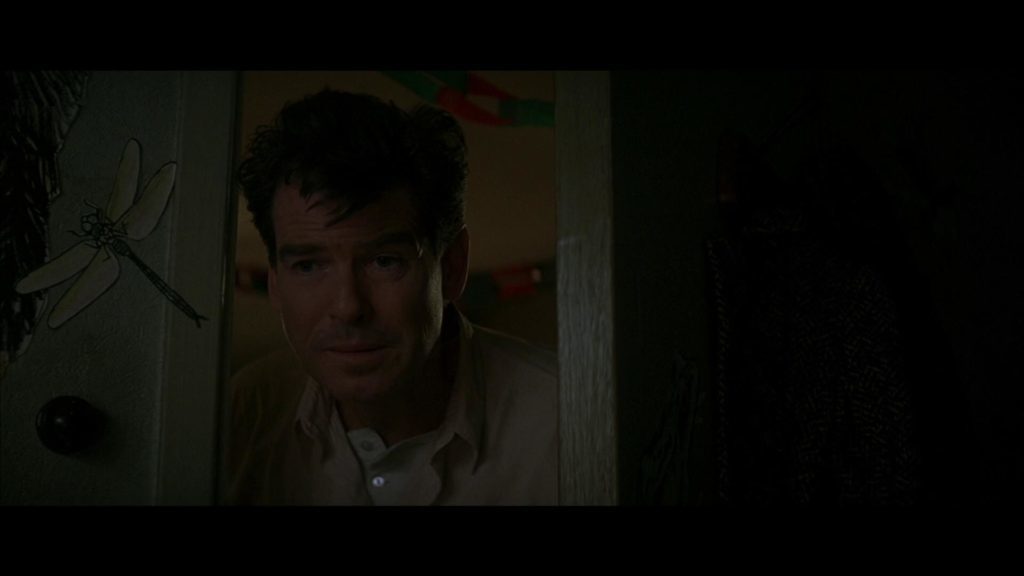 I’ve always been pleased with the visual quality of Olive Films’ releases, and Evelyn is no exception.  Providing home audiences with an extremely crisp and clear picture of Ireland in the 1950’s, with what felt like an extremely accurate color palette, it felt as if we were right there alongside Brosnan and his crew as they fought so he could see his children.  As we watched through this film, I saw no signs of distortion in the picture whatsoever and ever since I was first introduced to the works that Olive Films put out, I couldn’t be more appreciative for the work that they do. 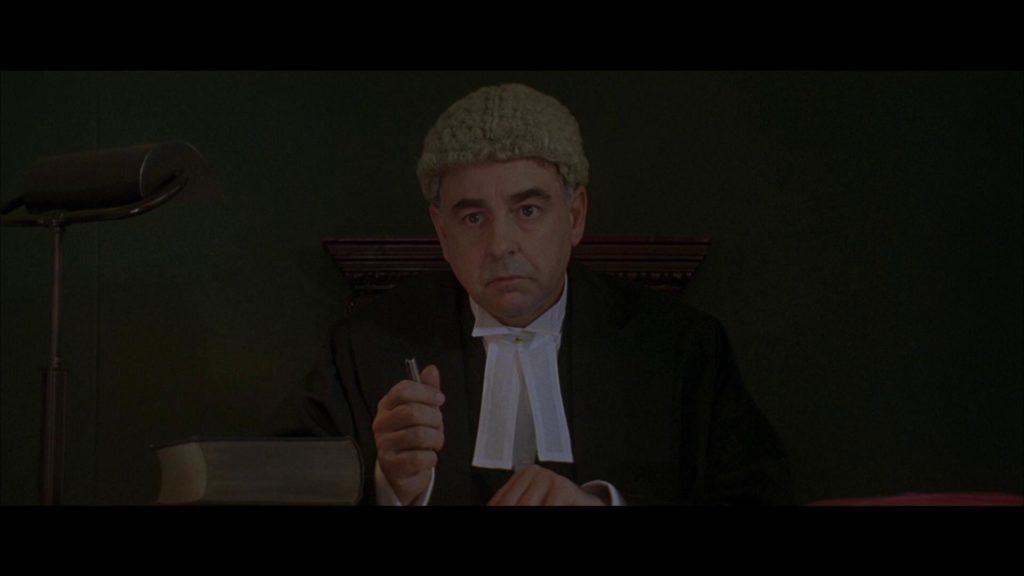 I know a lot of the issues I’ve raised with Olive Films and their use of 2.0 audio tracks in the past are likely due to the master that they’re sourcing the film from; but Evelyn comes bundled with a 5.1 audio track, offering an immersive experience for viewers.  Being able to hear every aspect to a given scene allows audiences to feel like they’re right there in the middle of the stress that Brosnan and his crew convey as they work to challenge Irish law.  Being able to truly empathize with those involved allowed for a much deeper appreciation for the work that those involved had done.  The audio track of this release is considerably crisp and clear and there was absolutely no need to manually adjust the volume levels as the movie progressed. 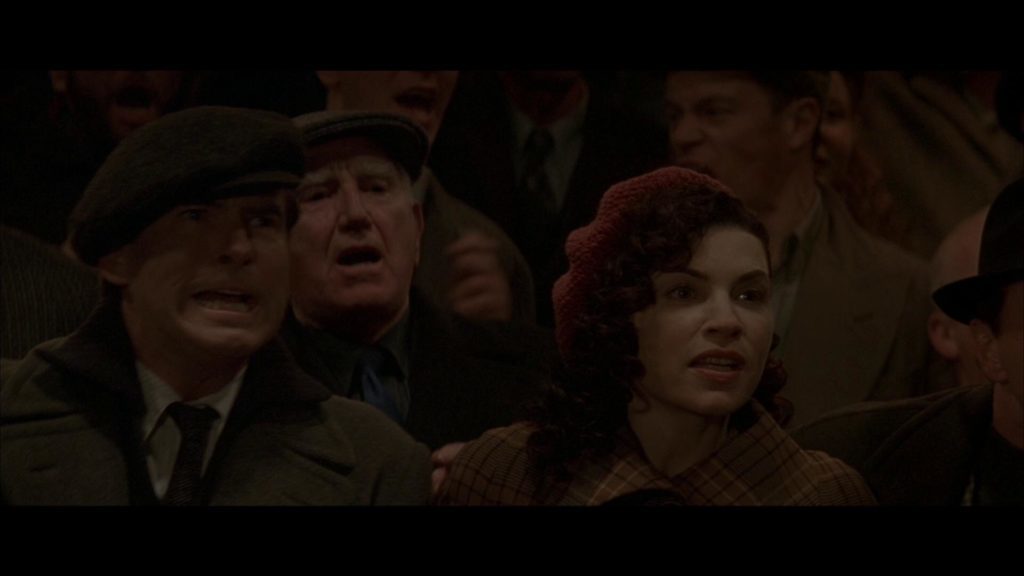 Evelyn comes packaged in your standard Blu-ray amaray case.  Included within that case is the standard Blu-ray copy of the film.  There is no DVD copy of the film, nor is there a digital copy redemption pamphlet.  The cover art for the amaray case features artwork that really encompasses the film and beautifully represents the core family aspect of the story.  The disc art isn’t anything spectacular as it doesn’t feature anything related to the film, however it is significantly nicer to look at than some of the other discs that are out there.  There is no slipcover available with this films release. 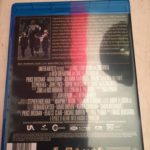 Unlike a lot of my previous experiences with releases from Olive Films, Evelyn comes with exactly what I would have wanted to see included with it.  There is just enough additional content that allows consumers to dive into the film itself as well as the story behind the film.  Included with this release is: 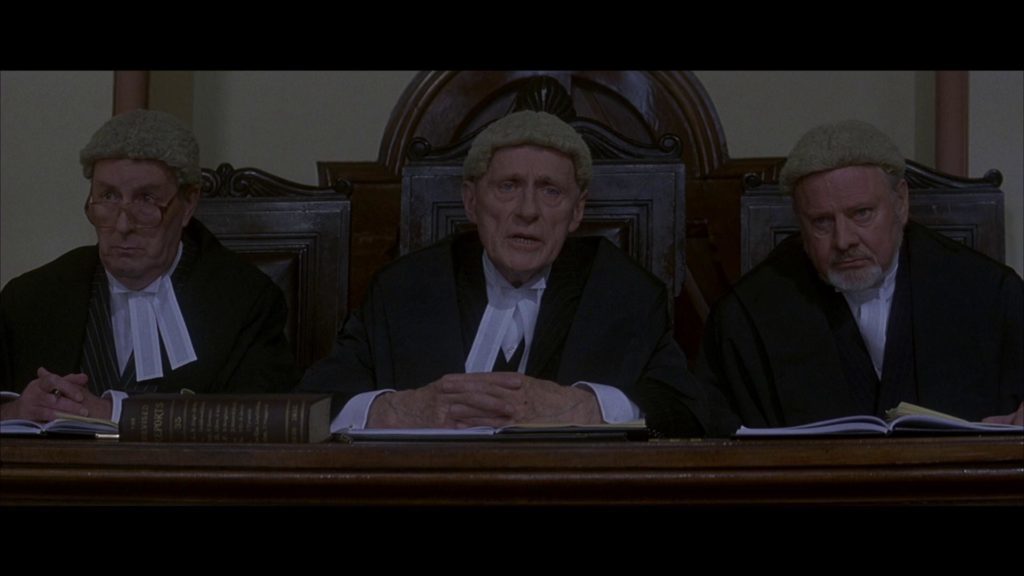 I really enjoyed watching Evelyn as this film isn’t something that I would’ve normally picked up off of the shelf to watch.  In fact, this movie was something that I’d never heard of until I was presented with the opportunity to review it.  The story that’s presented is something that I believe would be considered to be significant in Irish history, and it was presented in a manner that while it still had some stressful moments for those involved, it wasn’t over-the-top stressful.  Both the picture quality and audio quality of the Blu-ray release is absolutely pristine.  Being able to see and hear everything about this story as it’s presented is something that I truly appreciate with a release, and you can definitely tell that the folks over at Olive Films put in a lot of work with this release.  There’s a decent amount of additional content made available with this release that allows viewers to go deeper into the film itself as well as the story that inspired it.  This release is one that I would definitely recommend if you’re into films that are based on true events.  If you’re interested in grabbing this film for your personal collection, it becomes available to the public on March 21, so order it now!