More often than not in the world of cinema, we encounter a book-to-film adaptation that we end up completely unimpressed with.  However, that is not the case with Ender’s Game.  The overall presentation of this film was absolutely spectacular.  While personally, I haven’t read the book in a really, really long time – I absolutely loved this film.  Everything, from the acting to the visuals and the audio score that accompanied this movie, left me genuinely satisfied.

In Ender’s Game, we are transported to a time where mankind has been almost completely wiped out by an alien race known as the Formics. Ender, a brilliant young cadet who is a member of the military’s child soldier program, begins his journey which will ultimately tests his mental and physical strengths in becoming a leader.  Throughout this story, he experiences struggles that are similar to those that we all struggled through in our youth.  From obnoxious little pip-squeaks whose main goal was to make your life a living hell, to those moments where you experience the pressure of having to prove yourself and that you’re capable of living up to your expectation, Ender’s Game really gives the viewer a coming-of-age story as much as it tells a story of science fiction.

I can sum up the picture quality of this film in one word … beautiful.  Throughout the entire film, the sharpness and enhanced colors of the picture were beautiful.  A few scenes that are notable include the training sessions in the Battle Room as well as the battle scenes with Ender at the helm.  Ender’s Game is beautifully presented from beginning to end, and is simply one of the best looking UHD releases available at this time. In past reviews, the quality of UHD versus Blu-ray has been in some question, but Ender’s Game is the first one where I truly saw the impact that UHD can have on the picture quality of a home media release.

Just like my earlier 4K UHD experiences, this film uses the Dolby Atmos Technology; a fresh development in the world of home theater that creates both powerful and moving audio experiences. This new technology is certainly a must have for the home theater fanatic. Even if you do not already run an Atmos system, the audio presentation on this disc will “future-proof” you as the cost of the Atmos systems drop and become more widely available to the average consumer. One interesting thing of note with this UHD release is that it is the first one we have reviewed where the original Blu-ray audio track was pushed aside for newer technology. The Blu-ray release of Ender’s Game included a DTS-HD 7.1 Master Audio track, and this UHD release also includes that, but Lionsgate opted to upgrade and default to the more powerful Dolby Atmos track for the UHD presentation.

Overall, this new Atmos track, even on a non-Atmos system, delivers a room-shaking, floor-rocking, powerful audio experience which would please even the most critical of audiophiles. 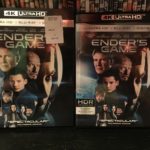 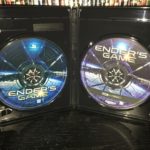 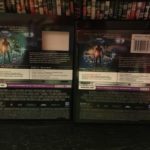 As I continue to experience 4K UHD as a new technology and grab titles to add to my collection, I’m still at a point where I question whether or not I’m actually making a good purchase by investing in a certain film in this new format.  Ender’s Game is one that has proven to me that the overall investment has been worth it.  A film that has presented itself so beautifully, it is definitely making me look forward to my future 4K UHD purchases.  In fact, looking at my list of pre-orders, I have four currently on order with another two on my list that are pending release dates.  While the format has some work that could be done in terms of fully utilizing all of the available space on the disc, whether it be with the film data or exclusive bonus content, they definitely receive two thumbs up from me!