Whenever I hear people talk about great horror movies it always seems like The Thing is one of the few that everyone seems to like, and not find many faults with it (feel free to tell me why I am wrong in the comments). Thinking back, one of the reasons I enjoy it is that the tension that builds throughout. You are always on the edge of your seat and wondering what is going to happen next. To my surprise, Emelie started out this way; I was expecting something very average and predictable looking at it on face value, and it turned my expectations upside down at the open. Unfortunately, by the second half it fell right back in line with expectations and returned to a very average film. 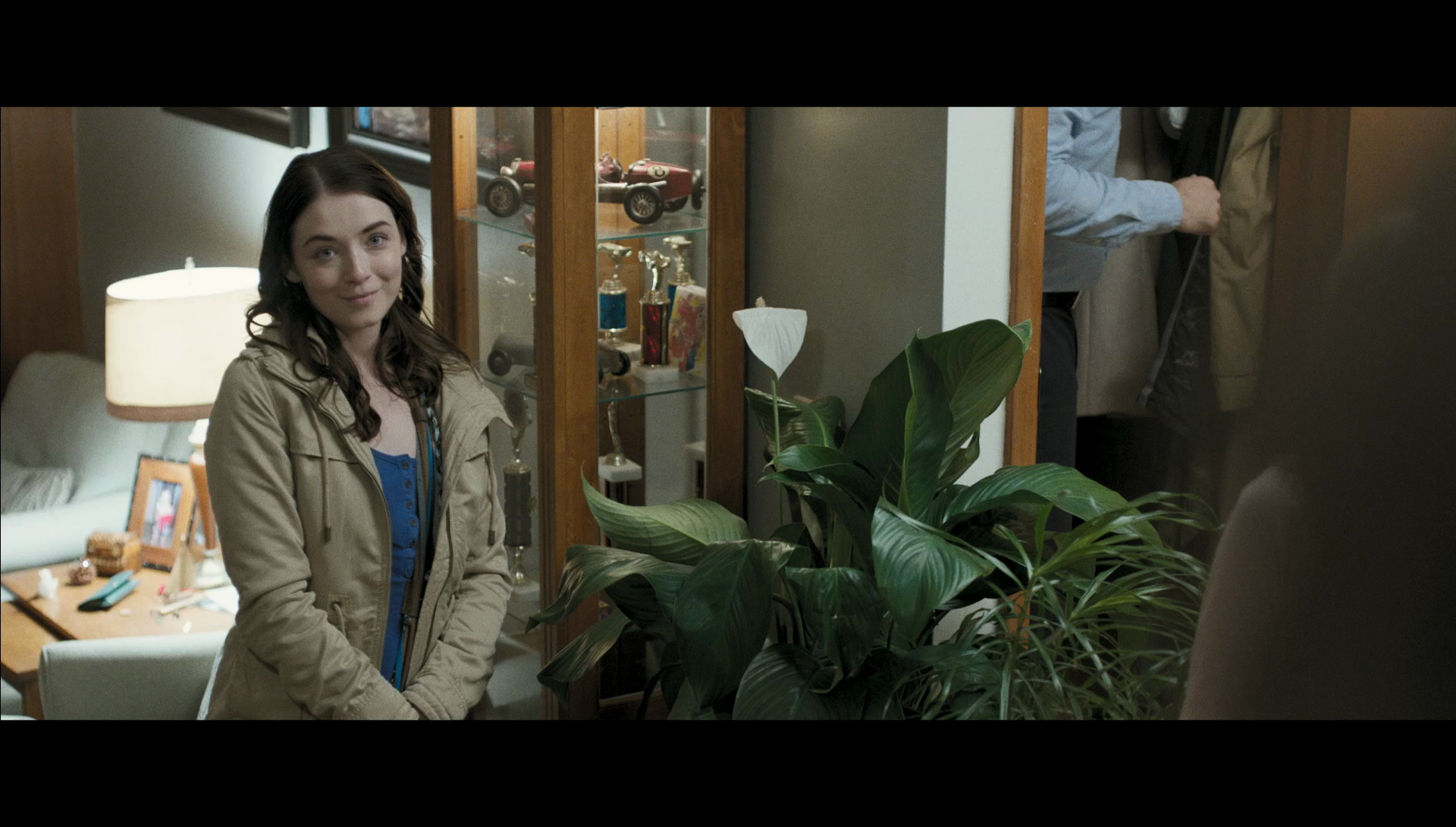 Our film opens with a young girl named Anna being kidnapped. We come to learn that the Thompson family is in need of a babysitter as it is the parent’s anniversary and they are going out to dinner. Their usual sitter Maggie is unavailable so she recommends her friend Anna to take her place. The Thompsons have never seen nor met Anna so they assume the girl they pick up at Anna’s house is indeed the correct babysitter. The film makes no secret that Emelie (or Anna as she first appears) is a disturbed individual and not who she says she is supposed to be. It was kind of refreshing that they just laid it all out there and you knew she was going to traumatize these kids; I just didn’t realize to what lengths they would go. The first half creeped me out more than any other film I can think of in recent memory. I don’t like to be the one that spoils for those who haven’t seen, so for those interested in the movie I would go in mostly blind and be surprised with what entails. A special word of warning to those with children (which I do not have so you may feel differently): watching this may make you more paranoid than you already probably are about who interacts with your children.

It seems like most modern horror is slow building and makes the viewer watch and hope for a nice payoff at the end. Very few seem to be complete like the aforementioned The Thing or one of the more recent horror movies I loved and thought was great through the entire length: The Hallow. It does become frustrating to watch something like Emelie because it started so well, but just fizzles towards the end. As you watch, I would just like you to count the number of opportunities the kids had to just dial 911. I know they were scared and traumatized with fear, but at some point something has to click. Even though the kids had some rough moments with common sense, that was due to the writing. The actors themselves were all wonderful for the majority. I can’t imagine it is easy for a director to work with such young actors of varying ages like that, but he certainly got the most out of them. Thomas Blair (who plays young Christopher) stole the show. I know he is basically playing himself as a four year old child, but he played that four year old on point. It does say something about your film when children do a better job acting than the adults. Even Sarah Bolger (who plays our protagonist) has some shaky scenes and seems to not give it her all. I feel like she started out performing quite well, but as more of her underlying character emerged the less in tune she was with the work (not unlike the movie as a whole).  The Thompson parents were another slight misstep: they kept ping-ponging between very realistic husband and wife or two strangers on a first date who have zero chemistry. Also, who goes to dinner for presumably over four hours and just stays at the same restaurant? Is there no second stop on this big anniversary date? You may have quite a few head scratches while watching. 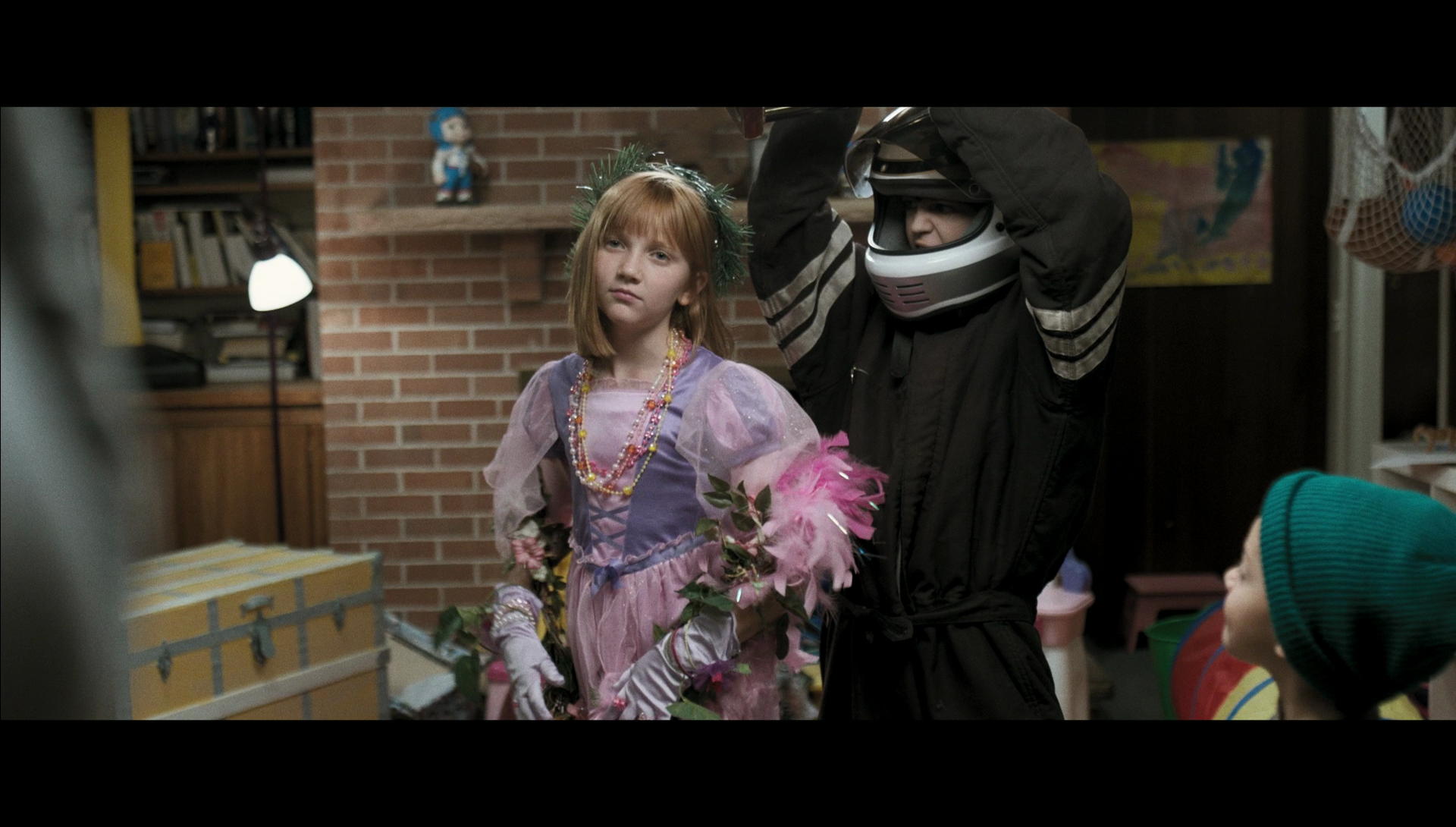 In the beginning of the film, there are some scenes that look soft and without that sharp detail.  Thankfully this clears up not too much after the start.  The night and darker scenes actually show some nice detail and always seem to have the right amount of light present.  Nothing fades in, and the shadows are done well.  This is a mostly contained film without too many effects.  The ones that you do see are done better than most independent films, tailored to the film and fit into the narrative well.  Other than the short problems at the beginning Emelie will provide the viewer with a nice Blu-ray experience.

Emelie uses a DTS-HD Master 5.1 Mix that is serviceable for the score it presents, but ultimately doesn’t shine particularly bright.  The dialogue is clear and everyone can be heard wonderfully.  The sound effects also come through nicely when they are presented.  This is a very restrained film in terms of sound.  What is there all comes out like it should, but there is never anything to push it.  In the absence of big effects and action shots a nice score could set up the eeriness well and really amp up the creep factor the film gives especially during the first half of the film.  Unfortunately, the score is so minimalist and empty that it feels like a missed opportunity. 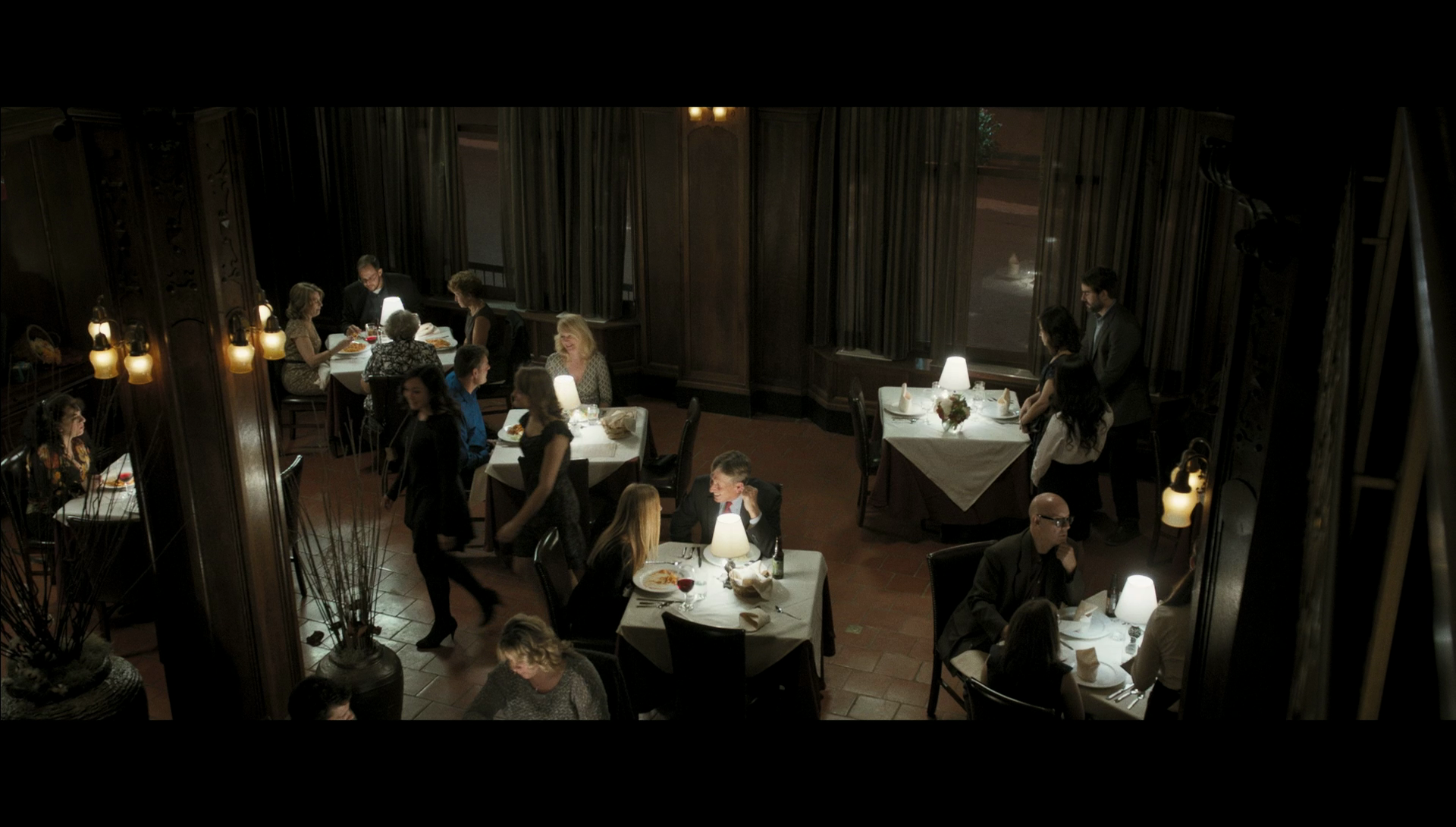 Making of (13:05) They interview the cast and crew.  The director and writer discuss how the story of Emelie came to be.  We get a little glimpse into what the young actors had to go through on set, but nothing other than just surface views. This is just one rather small feature that encompasses a lot of different aspects of the film.  The only thing of interest to me was the writer and Sarah (Emelie) talk about the ambiguity of the ending and why they wanted to go that way and what there thoughts are if the story continued. 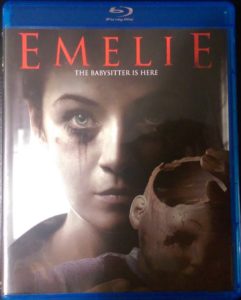 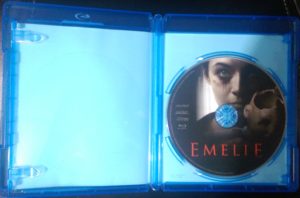 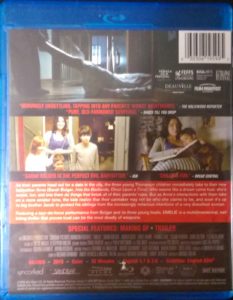 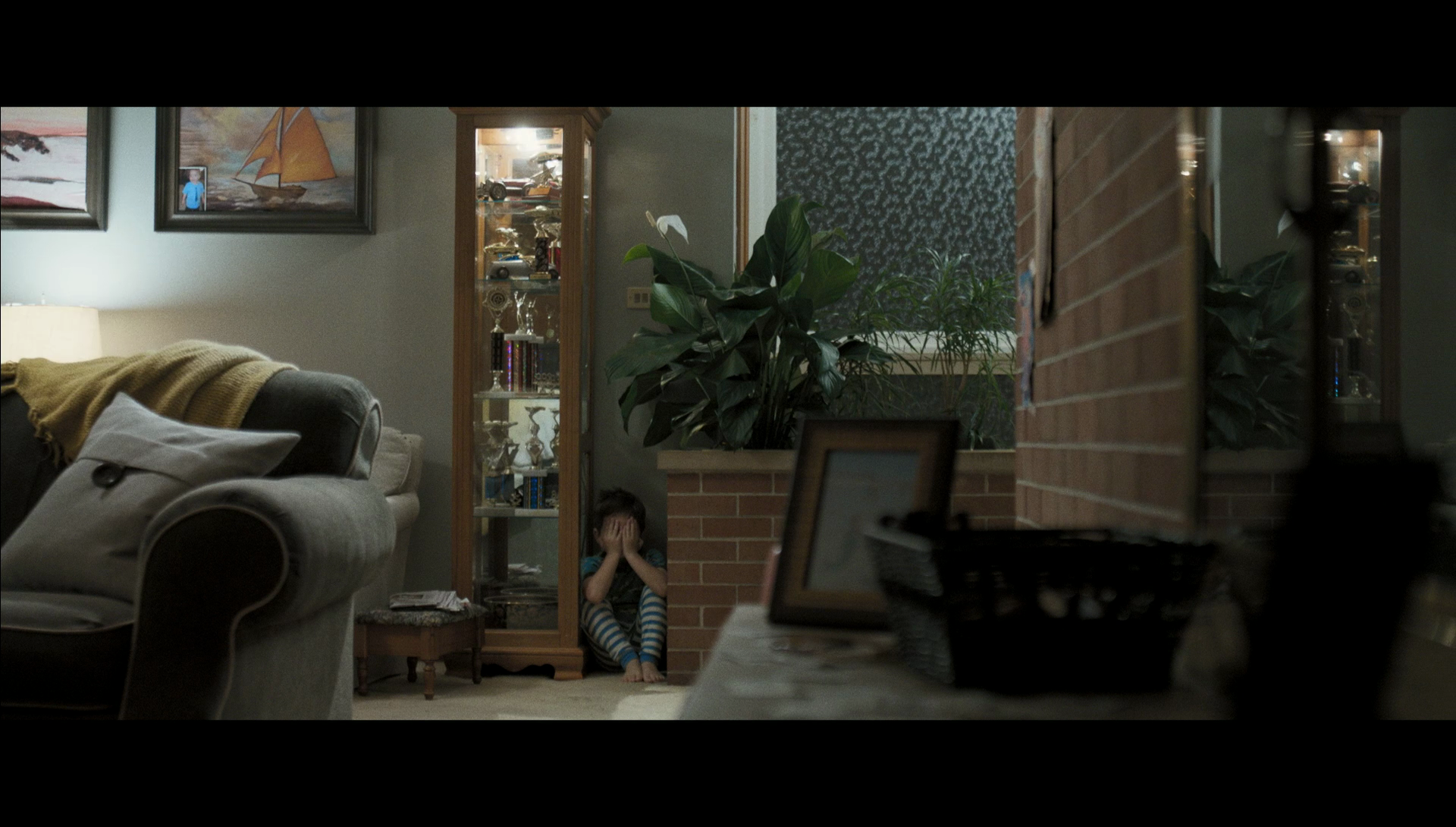 Like I said above, I wasn’t expecting much going into this film, and was pleasantly surprised with the first half.  I really wish it would have stayed closer to being a film that was generally creepy and felt new instead of devolving into what ended up as a cliche modern horror.  If the premise interests you, I wouldn’t hesitate to pick it up and give it a spin.  There is a good chance you will find something to enjoy if not liking the entirety.  Currently, Emelie can be snagged for $9.99 at Best Buy, while it is 3 times as much on Amazon at the moment.  If it had a slip, UV code, or more special features I would recommend paying even more, but even being a little anemic for a new release you can’t go wrong for $10. 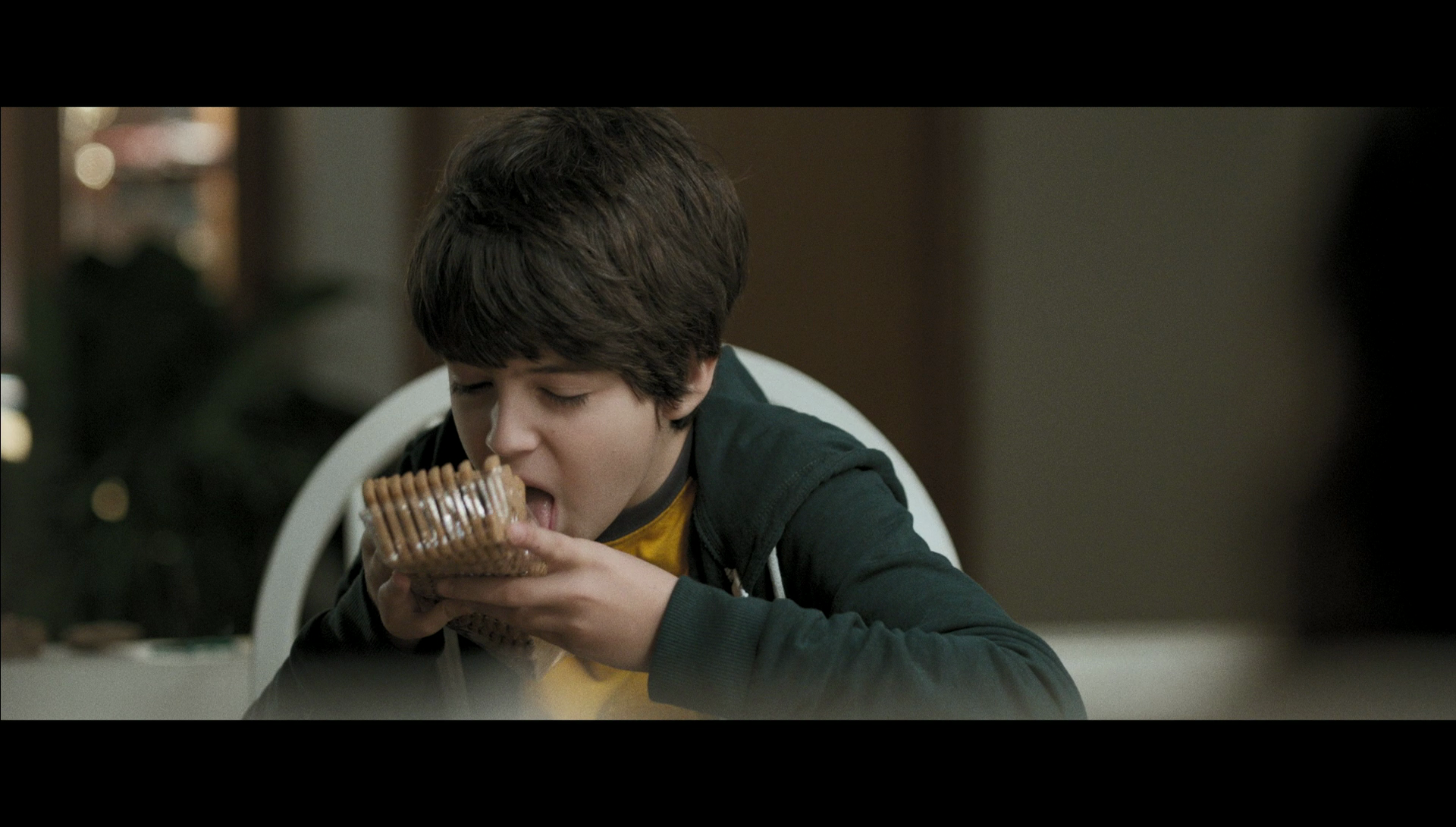