You know, when I first decided to get into reviewing films, I thought this would be a great opportunity to branch out and gain exposure to movies that I normally wouldn’t watch.  Edvard Munch was most definitely one of those films.

Spanning from the years of 1884-1894, this film tells us the story of a Norwegian artist, Edvard Munch.  The whole premise behind this film tells us about when he had gotten into expressionism and eventually became established as Europe’s most controversial artist.  As you venture through this film and the story that it tells, we learn of the traumatic events that Edvard had experiencd during his youth that caused him to have the notoriety that he did throughout Europe. 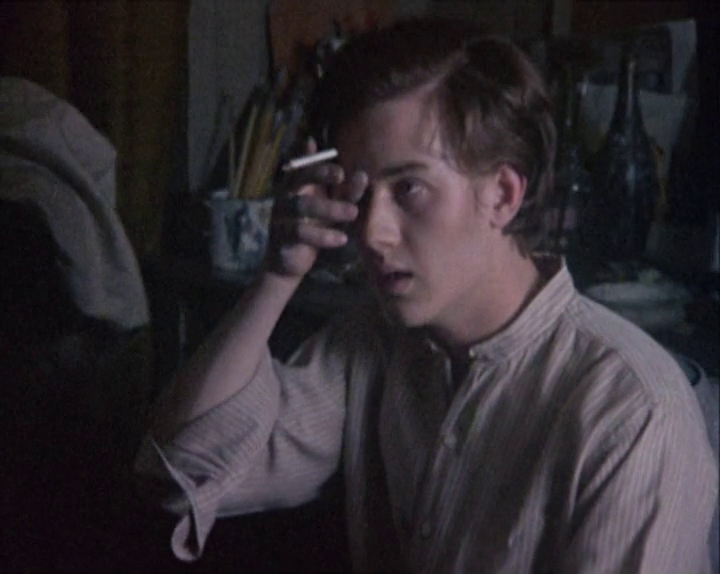 Overall, this film was pretty good.  Like I mentioned in my introduction, I had decided to get into writing to explore films that I wouldn’t normally watch and after watching Edvard Munch, I’m really glad that I did.  Throughout the story, we see his family’s issues with the uprise in pulmonary disease.  We see him experience the unfortunate death of his mother, his sister and even his near death when he was only a young boy at 13 years old.  Edvard encounters various characters throughout his life that all play a part into his development of eventually becoming an artist.

As Edvard grows up, he realizes his desire to develop images through various methods; whether it be canvas, stone, wood, or paper.  This film presented quite a bit of history about someone that I had only heard of throughout the various classes I had taken in my life.  However going into this and not knowing or even remembering much about him, I was really glad that I had taken the time to sit down and give this a watch. 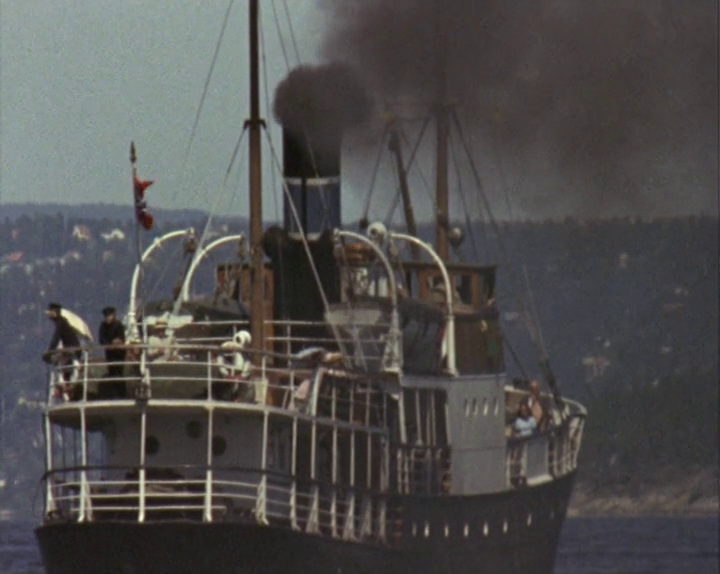 The overall video quality of this release is exactly what you would expect for a made-for-tv movie that released in the mid ’70s.  It was my understanding that the Masters Of Cinema series is often compared to the European equivalent to the Criterion Collection.  This film was my first experience with the Masters Of Cinema series and I’m really not loving them too much after watching this; the film’s transfer left a lot to be desired. Not only was it presented in a 1.37:1 aspect ratio, the overall image of the film felt like it could have used some extra love during its enhancement process.

However, despite all of my personal complaints for this film, I was able to see clearly see everything that was shown on screen; colors were accurate, and brightness was not an issue.  I suppose that is all that one can really ask for when it comes to a films release; but, being that it was on Blu-ray and is presented in a 1080p resolution, I was quite displeased with my experience. If this is the current European “Criterion”, the new line of Criterion Collection Blu-rays will likely dominate the market with their superior transfers. 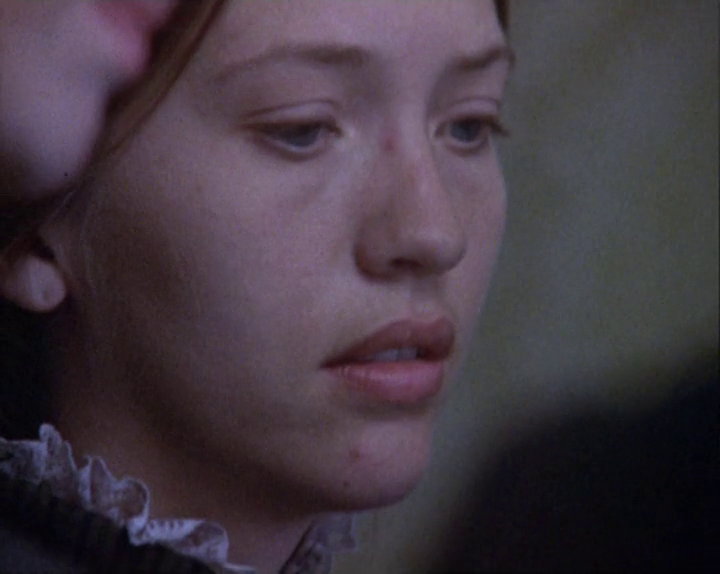 Featuring a Dolby Digital 2.0 track, this film definitely could have used more attention to the audible experience that was intended for home viewers.  Maybe I was unhappy with this experience because the copy that we received was a pre-release copy that had the quality of a screener, but I just had a hard time hearing what was playing through my speakers.

Throughout this film, there are scenes where what sounded like Nynorsk was being spoken. I found it rather difficult to focus in on the speech as I read the subtitles that were on screen.  Hopefully the final release of this film has a much better audio track than the copy that we received. 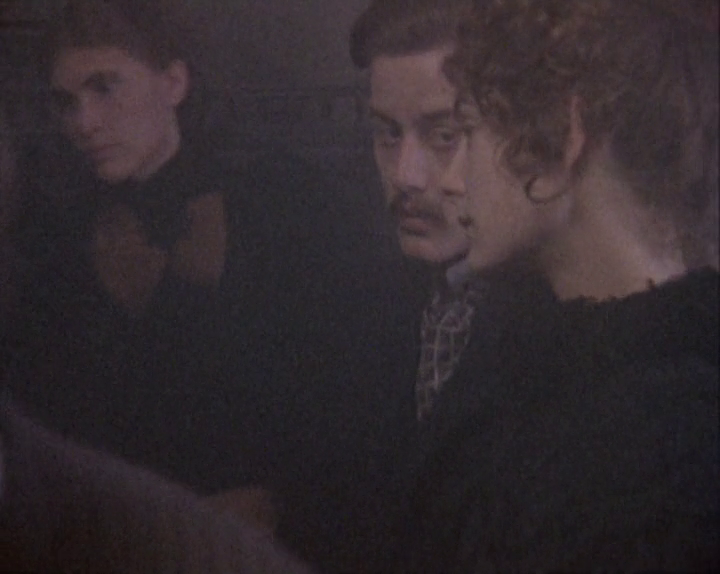 I simply refused to rate the packaging of this as the copy that we received was a pre-release copy that was simply a disc enclosed in a jewel case.  I’m not really familiar with the releases that Masters Of Cinema puts out, however I do know that they are really popular amongst the European collectors.  Off the top of my head, I know of one specific member of the /r/dvdcollection subreddit who loves to collect these releases; I may just have to browse their catalog and pick up a title that piques my interest to explore this company even further.

Browsing around the internet, trying to locate a packaging picture so I could include it in this review turned out to be impossible.  However, looking at Eureka Video’s webpage, I was able to at least grab a image of the cover art that is featured on this release.  As you can see below, the portrait of Edvard clearly displays the disturbed demeanor this gentleman had when he carried himself.

This release does in fact feature a slipcover in its original pressing.  So, if you’re a collector of slipcovers and into the Masters Of Cinema series, you’ll definitely want to grab this release as soon as possible. 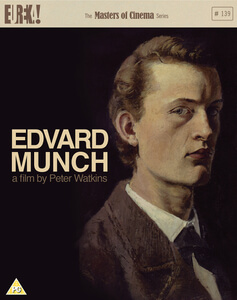 I didn’t rate the Special Features of this as the release that we received didn’t include any.  With the fact that these releases are often compared to the Criterion Collection, I hope that the retail release of this film does in fact include some bonus features.

Generally, I was really glad that I had the chance to give this film its chance.  The film itself was great and I was able to truly appreciate it for its historical value.  According to Eureka Video, there have been several attempts to produce a film biography of Edvard Munch, however only a handful of them can really be considered major works in their own right.  This extended release really encompassed, what I felt, a really good portion of his life and his overall development into the art industry.

Like I had said earlier on, maybe it was because the copy that we had received was in fact a review copy versus a retail copy, the overall presentation left a lot to be asked for.  The video quality of the release that I watched was pretty poor and the audio track had several moments where the speech was completely inaudible.  With all of that said, I think and hope that the exploration into their retail releases will eventually change my opinion on the Masters Of Cinema series.

If you love the Masters Of Cinema releases, you can grab this film from a few retailers in the UK.  Eureka Video is currently offering it for £14.99 while Amazon UK and Zavvi are offering it for approximately the same price.