Ever Since Layer Cake came out in 2004, I have known that Matthew Vaughn is someone to watch out for, which has been especially true over the past six years. He has been slowly but surely gaining traction and making a name for himself as a new stylized filmmaker.  From his surprising cult hit Kick-Ass to the widely popular Kingsman: The Secret Service, Vaughn has become a reputable name within the comic book and film world alike.  Vaughn takes a backseat as producer to support relatively fresh Director Dexter Fletcher for Eddie the Eagle.  This film isn’t anything like those movies.  In fact, the only real similarity I could see on the surface is that we get to see Taron Egerton and Vaughn working side-by-side once again. Once we delve into the film we are left with a surprisingly fun and one of the best “feel-good” movies I have ever watched.  I’ll even admit I have watched this twice since I purchased it four days ago and it is on in the background while I’m typing this now. It’s not that this film is particularly good, it’s simply fun.  It’s an easy one to leave on and just sit back and enjoy; what I usually refer to as a guilty pleasure movie.  So what makes this film different than any other feel-good movie?  Cue the eighties music and let’s find out. 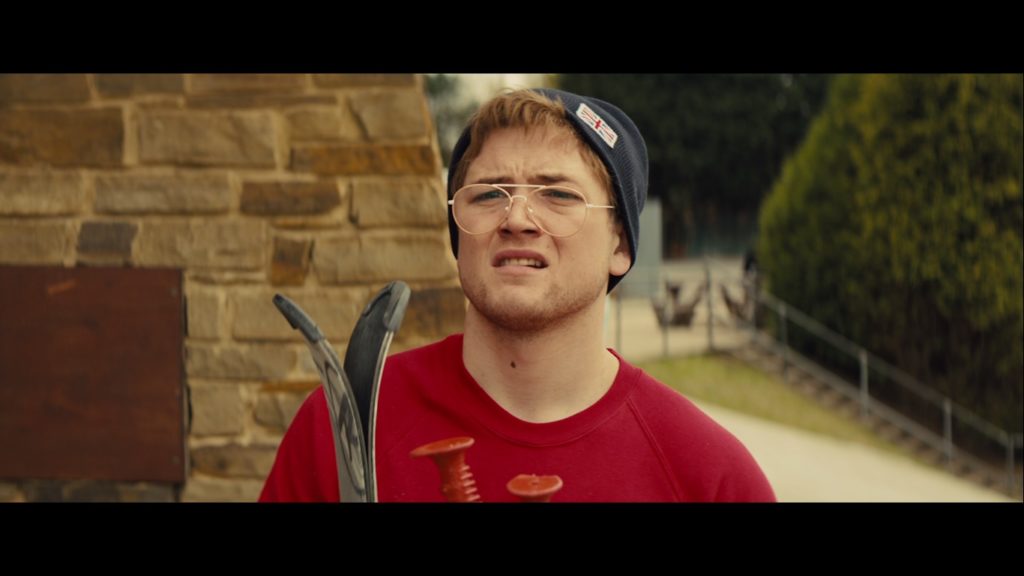 If you are anything like me, you have never heard the story of Eddie the Eagle and thus were relatively unexcited about the idea of this film.  However, seeing how it was the next film from MARV (Matthew Vaughn’s production company) I decided to give it a go.  Our story follows Eddie Edwards, a boy with a dream of being an Olympian.  It is very clear, very quickly that he wants this more than we have ever wanted anything in our lives and Eddie will clearly stop at nothing to achieve this goal.  Edwards seeks out various routes to accomplish his Olympic dreams moving quickly from Summer Olympics to winter and onto downhill skiing.  After being told he is not the right person to represent Great Britain in the Olympics for downhill skiing, he soon begins on his new journey to become an Olympic ski jumper.  After some minor injuries starting out, Eddie starts to make some headway after finally convincing former Olympian Bronson Peary to give him some half-asked coaching.  He quickly finds himself on his way to fulfilling his olympic dreams. 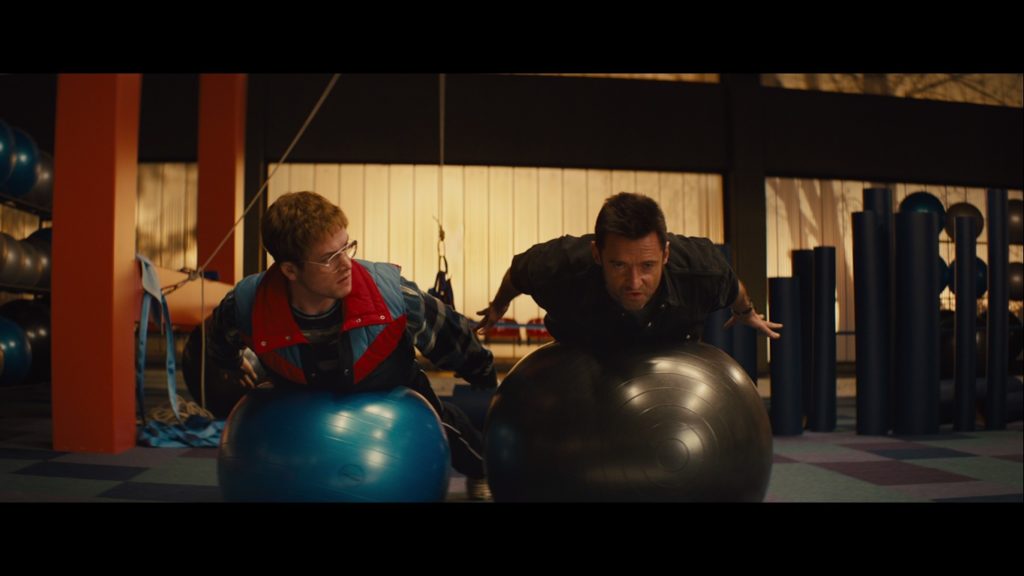 This film was shot beautifully.  As Vaughn and George Richmond (Cinematographer) join forces once again after their last success with Kingsman: The Secret Service the end result is a dynamic combination of POV and slow-motion action shots that create a unique feel throughout the film.  Using a Red Epic Dragon to pick up every detail, the transfer to Blu-ray is unsurprisingly fantastic. Although there may not have been as many opportunities to wow the audience with crazy filming techniques, they manage to create a unique journey as we follow the brand new ski-jumper on his journey to glory. 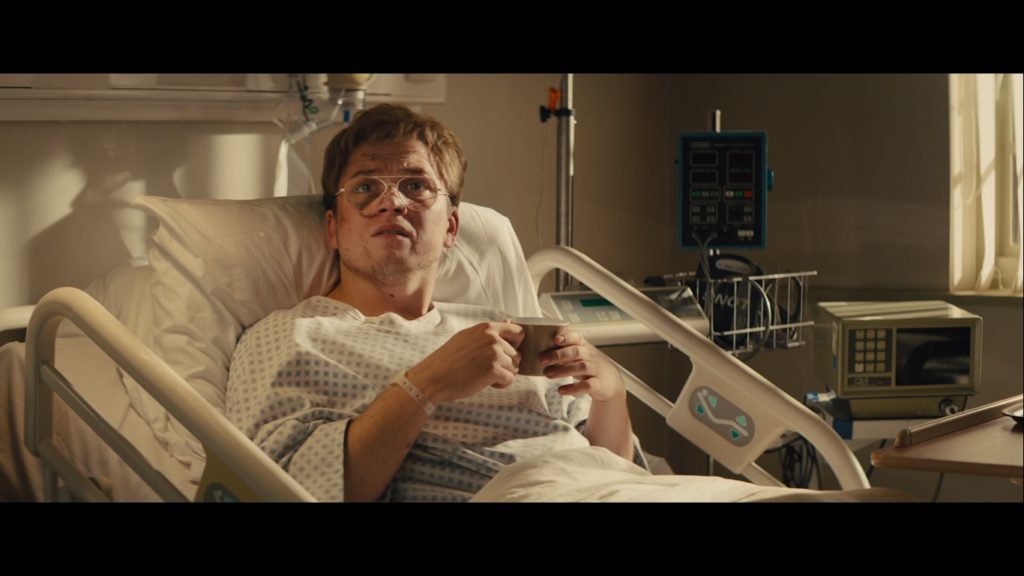 If there is a real hero behind this larger than life story it isn’t Producer Matthew Vaughn or Director Dexter Fletcher or even cinematographer George Richmond.  The real hero behind the film is Matthew Margeson.  Margeson was in charge of the music for the film.  He absolutely nailed it.  The overarching 80’s stylized theme that carries the story along is unforgettable.  The score is absent only when it is replaced by various 80’s pop songs that fit the time period and the moments in the film to a “t”.  I can honestly say that without the score, this film would not hold together as well as it does. It would seem that the editing for home was done well as I didn’t notice any issues with the audio.  Unfortunately, there are a few instances where the songs are a bit too loud for the rest of the movie but those moments don’t last long enough to really create a problem.

There is nothing particularly exciting or different about the packaging for this film.  This edition includes a Blu-Ray/DVD combo with a Digital UV copy redeemable on various platforms.  The slip cover does not do much to promote the overall value of the movie. As far as the case itself, it has discs on both sides instead of using a spindle that used to be the norm for such a release, creating an overall more sturdy feel to it   It does not feel like the movie received much hype, thus the packaging did not get much of a creative treatment.  However, it is solid and I have no trouble sliding the case in and out of the slipcover which can sometimes occur with these overlooked editions. 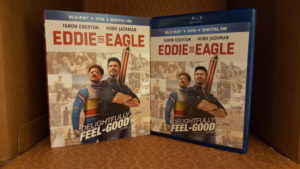 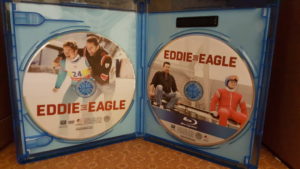 Somewhat of a new perspective can be gained from enjoying these extras.  The idea behind the film came from an idea of the lost art of the feel-good film.  Some of the movies mentioned, like Cool Runnings, that so many of us grew up, with really don’t exist anymore.  They approached this script very much in that light as we discover through these features.  The Special Features are as follows: 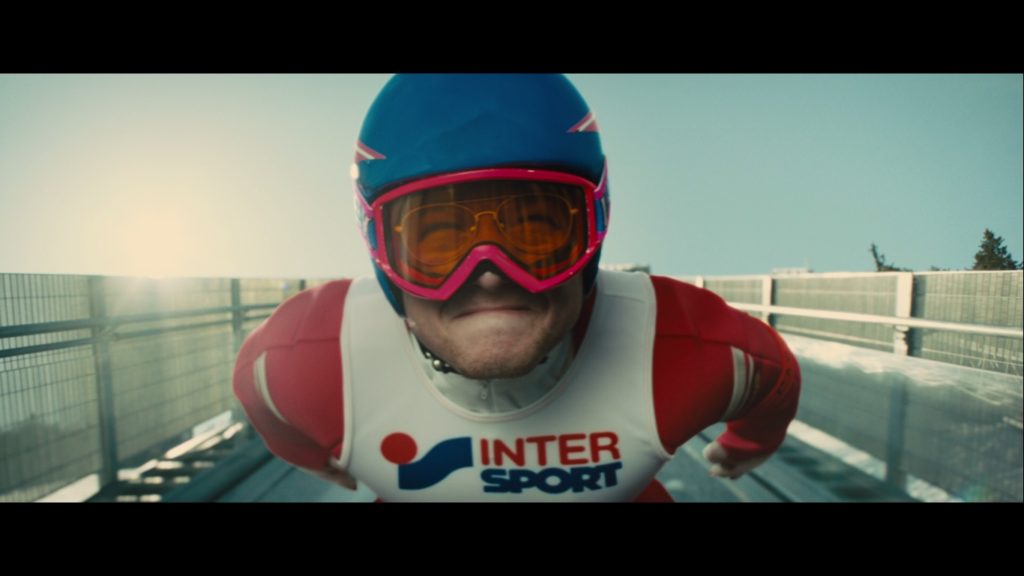 This film is somewhat of a rare breed.  So many of us grew up with films just like this one popping up all around us.  It seems that they have all but been lost to and replaced with the all so popular gritty and dark stories that we have grown to love.  I still love a solid feel good story and that is where much of the popularity of this will come from.  From producer to cast we have an overwhelmingly heart-warming tale that is just plain fun.  I challenge you to give this one a go and see if it takes you back to so many years ago when the feel good eighties were still alive and well.  This may not be the greatest film I have ever reviewed but I can say with some certainty that is the most fun to watch to date thus far. You can but the fun-filled film HERE.