The film portrays the evacuation from three perspectives: land, sea, and air. It has little dialogue, as Nolan sought to instead create suspense from the cinematography and music. Filming began in May 2016 in Dunkirk and ended that September in Los Angeles, when post-production began. Cinematographer Hoyte van Hoytema shot the film on IMAX 65mm, and 65mm large-format film stock. Dunkirk has extensive practical effects, and employed thousands of extras as well as boats that participated in the evacuation, and period airplanes.

Making its initial premier on July 13, 2017 at Odeon Leicester Square in London, it was released in the United Kingdom and United States on July 21 in IMAX, 70mm, and 35mm film formats. It is the highest grossing World War II film of all time, bringing in $525 million worldwide. Receiving praise for its screenplay, direction, musical score, and cinematography; some critics called it Nolan’s best work, and one of the greatest ever war films. At the 75th Golden Globe Awards, the film received nominations for Best Motion Picture – Drama, Best Director, and Best Original Score. 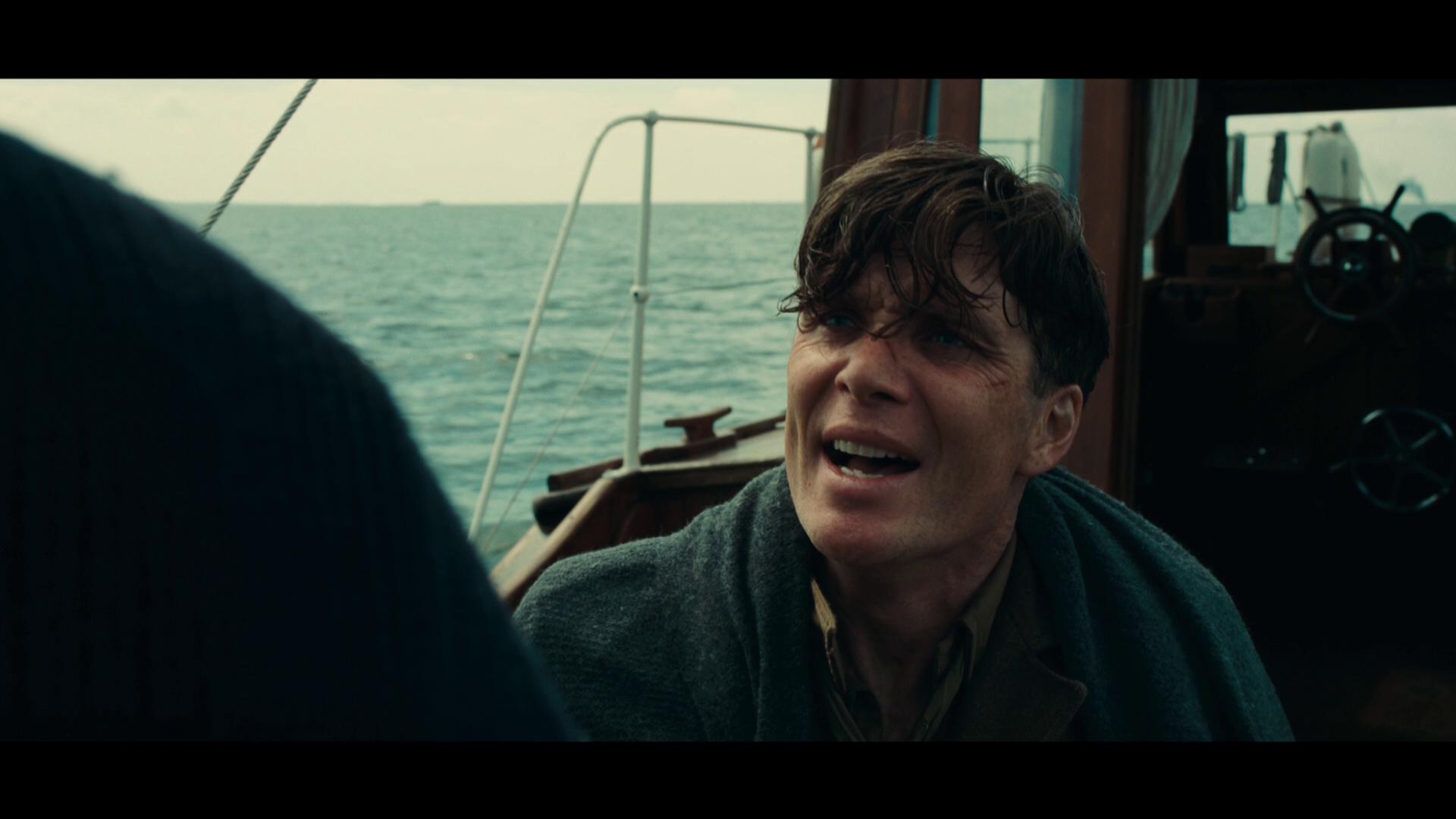 To put it simply, Dunkirk is one unique film.  I went into this film with absolutely no knowledge of the historical events that unfolded in Dunkirk, France and left with a simple “wow” reaction.  The triple vantage points that were used in conveying the story that this film set out to tell really offered an all out immersive look into everything.  The minimal pieces of dialogue and added focus on the overall sound effects from each of the vantage points really did a fantastic job at portraying these events. 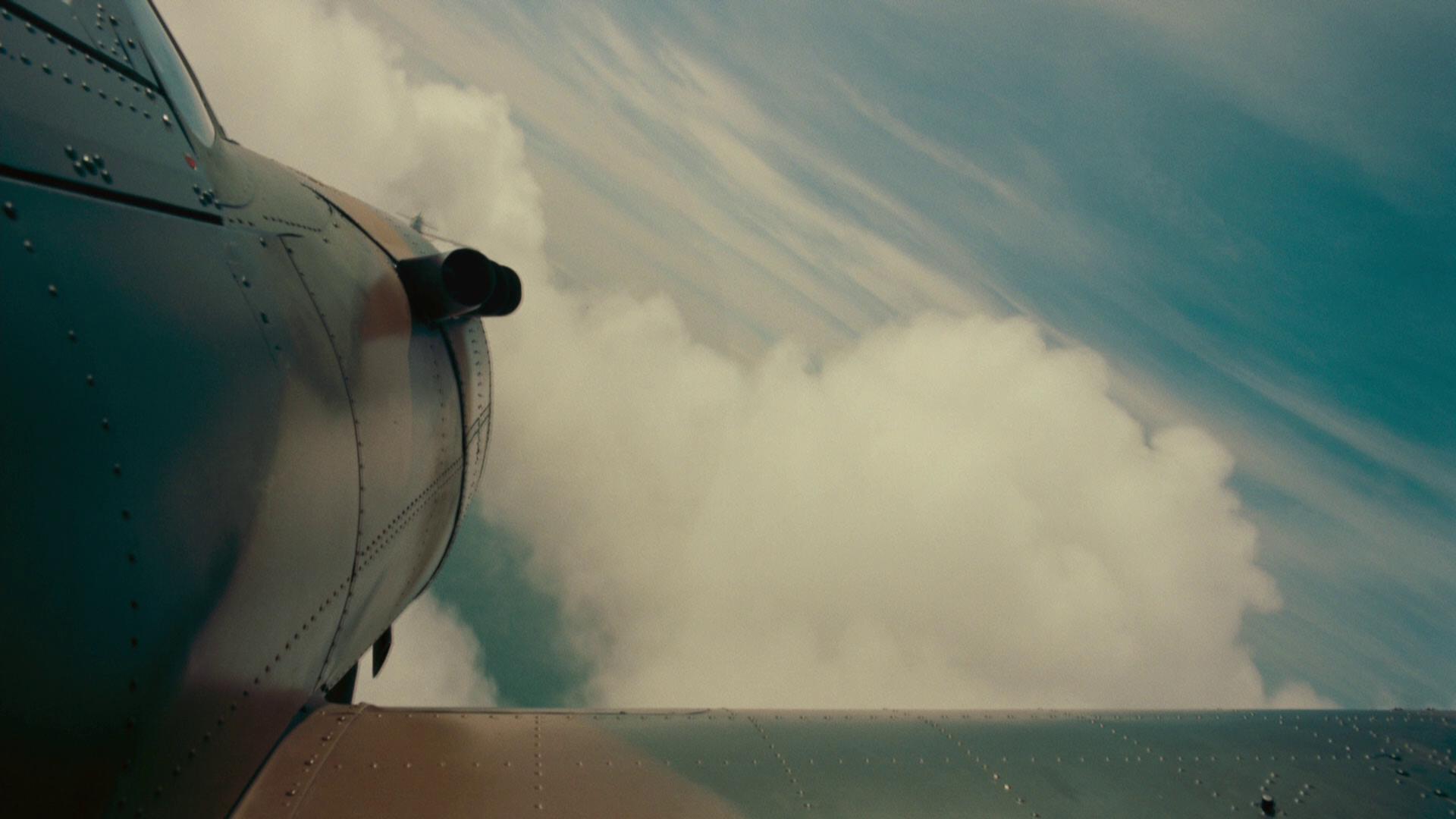 Overall, Dunkirk looked absolutely amazing as it played out across my living room television.  Presented in 1080p, we are given a crystal clear look into this historical moment that you really can see every little detail.  While my wife and I watched this film, we used our 4K setup and the native 4K upconversion tactics that come with the hardware, and after sitting down and watching this, I can really only guess how amazing this film looks in 4K with its utilization of HDR. 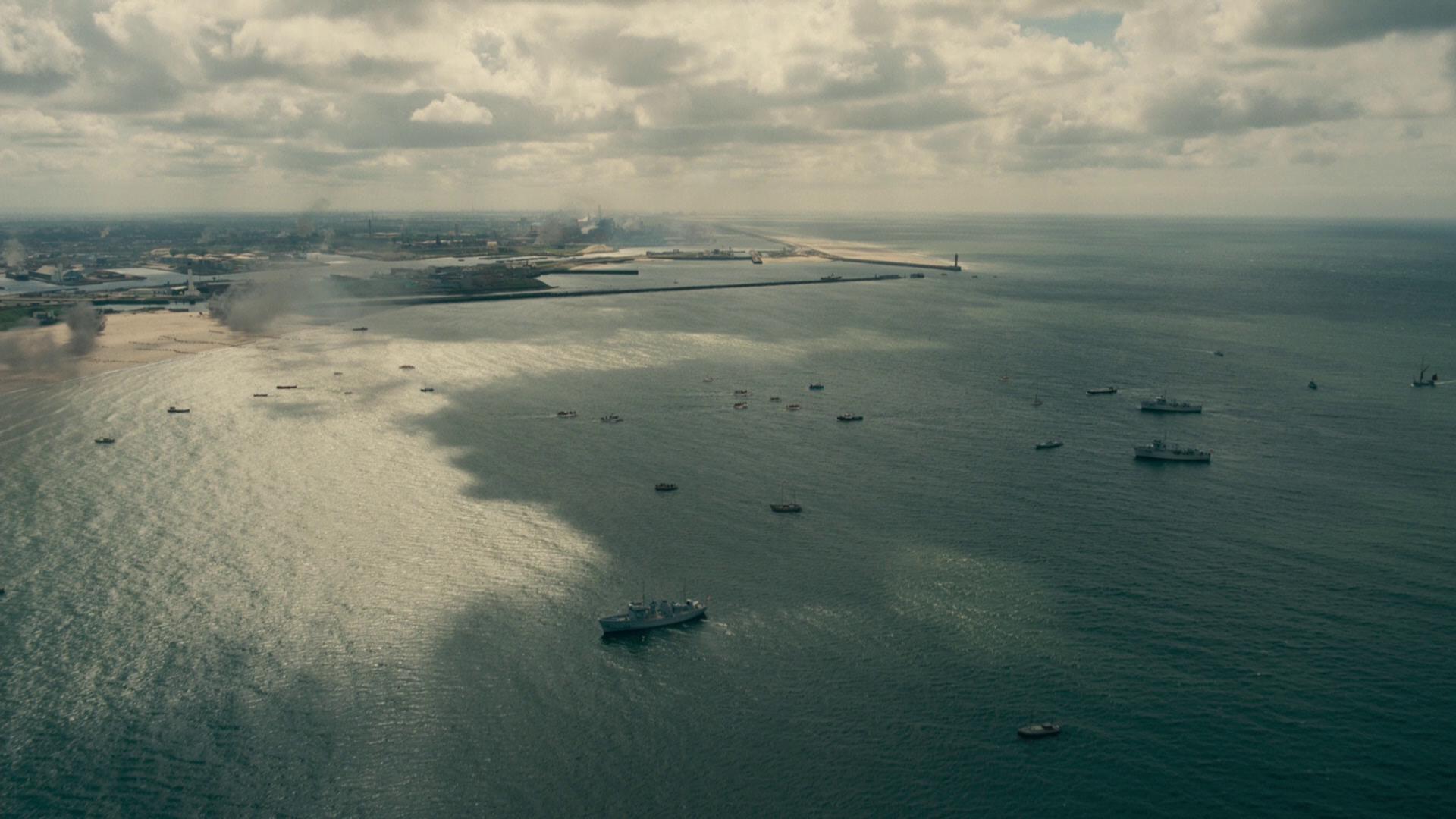 Packaged with a DTS-HD Master Audio 5.1 audio track, Dunkirk does everything that it can to offer an all out immersive and powerful audible experience for viewers.  Really packing some beautiful punches as the gunfire rang out in the various scenes and making use of the surround and rear speakers, it felt as if we were sitting right there with the soldiers.  That experience really could have only been improved had they gone with either a DTS:X or Dolby Atmos audio track. 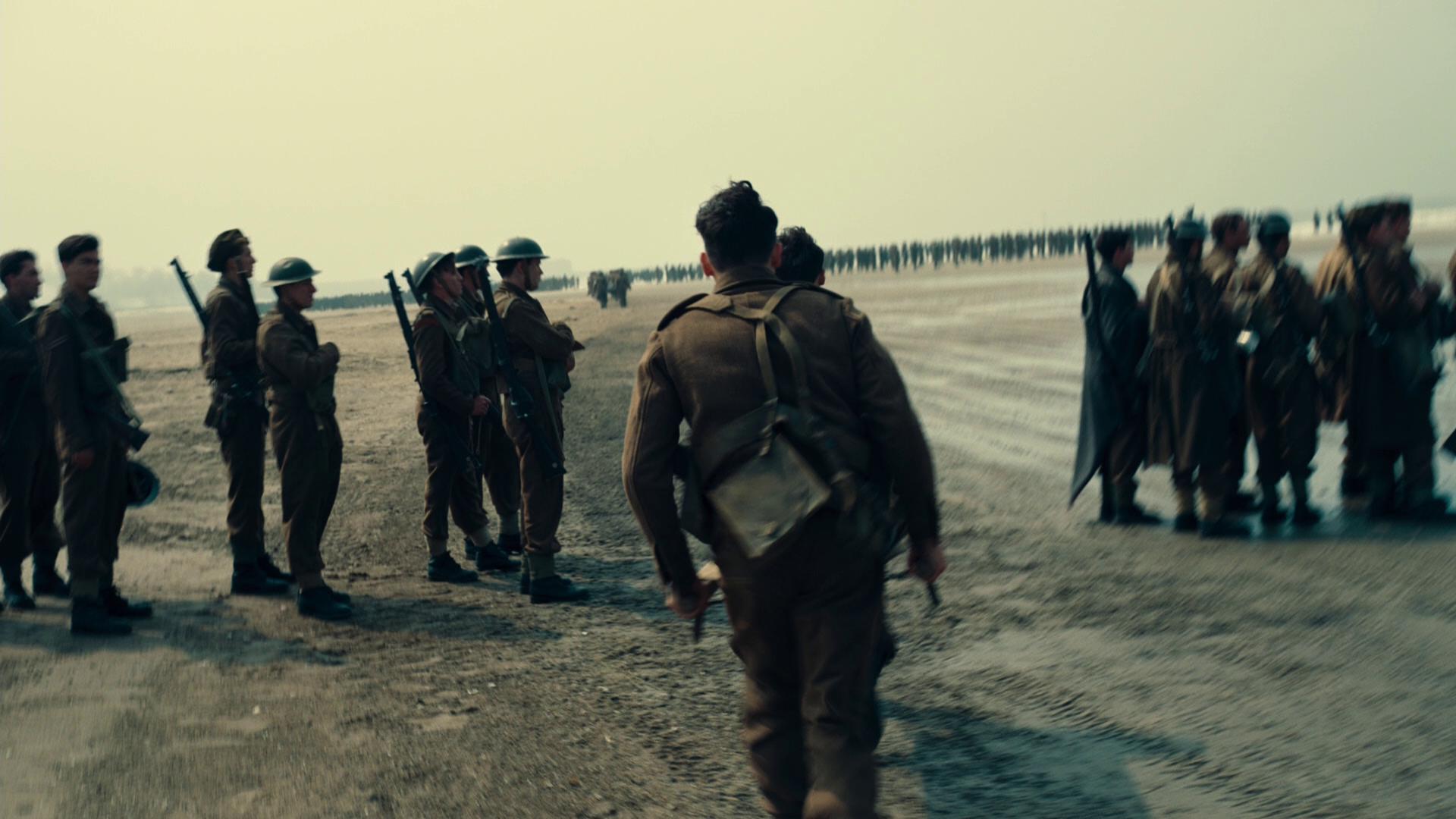 Dunkirk comes packaged in your standard two-disc Blu-ray amaray case.  Within that case are three discs, two of them being Blu-ray the other being DVD.  One Blu-ray is all of the provided special features to the film, the other being the standard Blu-ray copy of the film as well as the DVD being the standard release of the film.  Each of the discs feature a different piece of artwork that’s relative to the film.  A digital copy redemption pamphlet has been provided or redemption of the digital version as well as a slipcover has been provided during the initial run of this release. 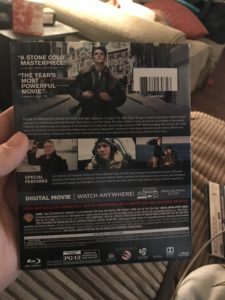 Dunkirk comes loaded to the brim with additional content that allows viewers to not only explore the film itself further, but the work that went into making this film available as well as the details of the historic event that is being recreated with this movie.  Included with this release is: 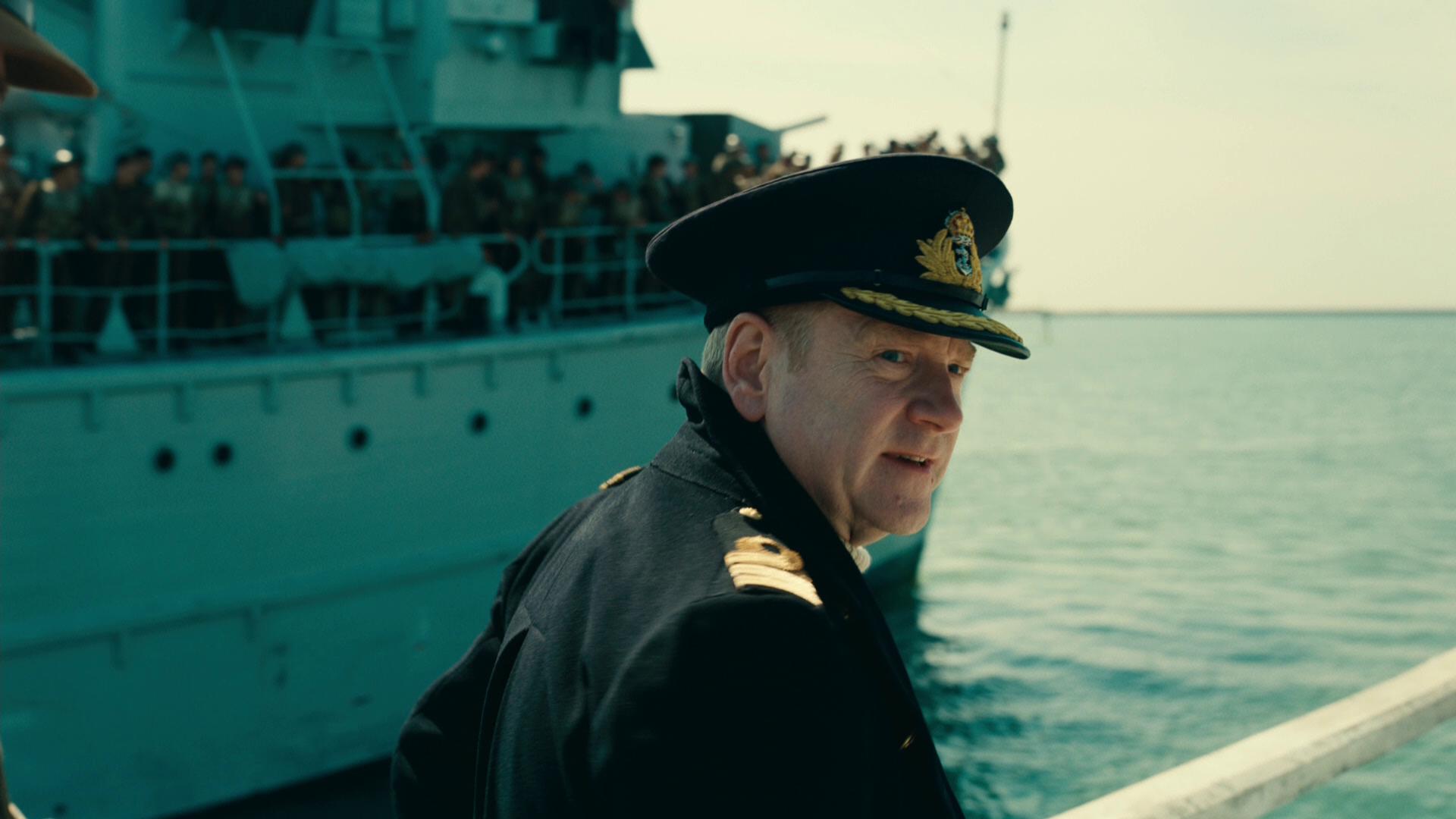 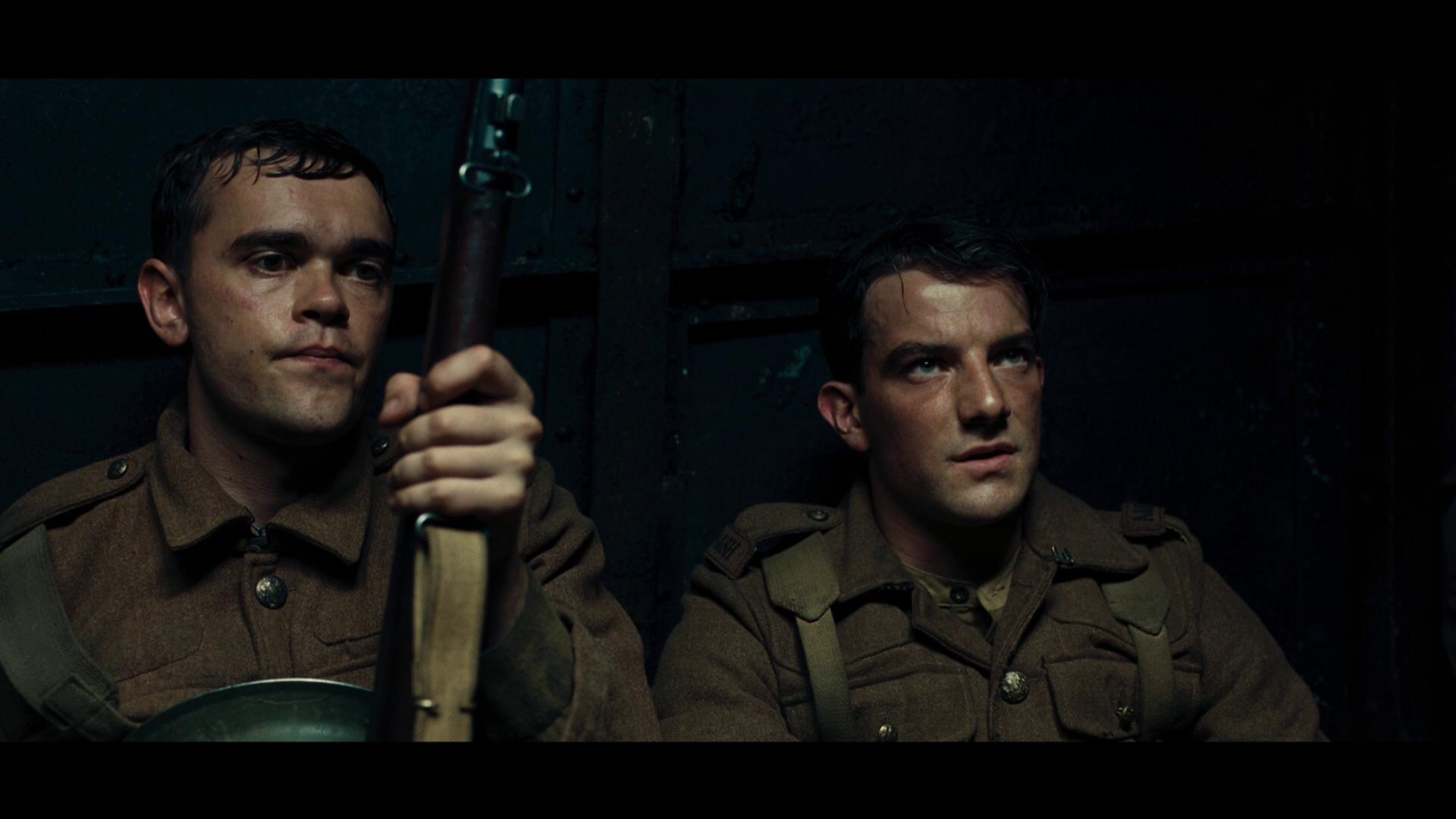 Holy crap, Dunkirk was quite the ride.  I went into this film completely blind (outside of only seeing the teaser trailer months ago), and with no real knowledge of the event that this film set out to cover.  The overall experience that the Blu-ray release offered was quite the package and did an absolutely fantastic job at providing a beautiful experience for its viewers.  While it had an amazing presentation, I felt that they could have done a little better and gone with a better audio track for the release as it should’ve either come with a Dolby Atmos track of a DTS:X track.  There’s a ton of additional content that explores the work that went into this release that has been made available on a separate disc.  If you’re considering grabbing this film for your collection, I would hands down recommend grabbing it as soon as possible.  Dunkirk is available today from your choice of major retailer. 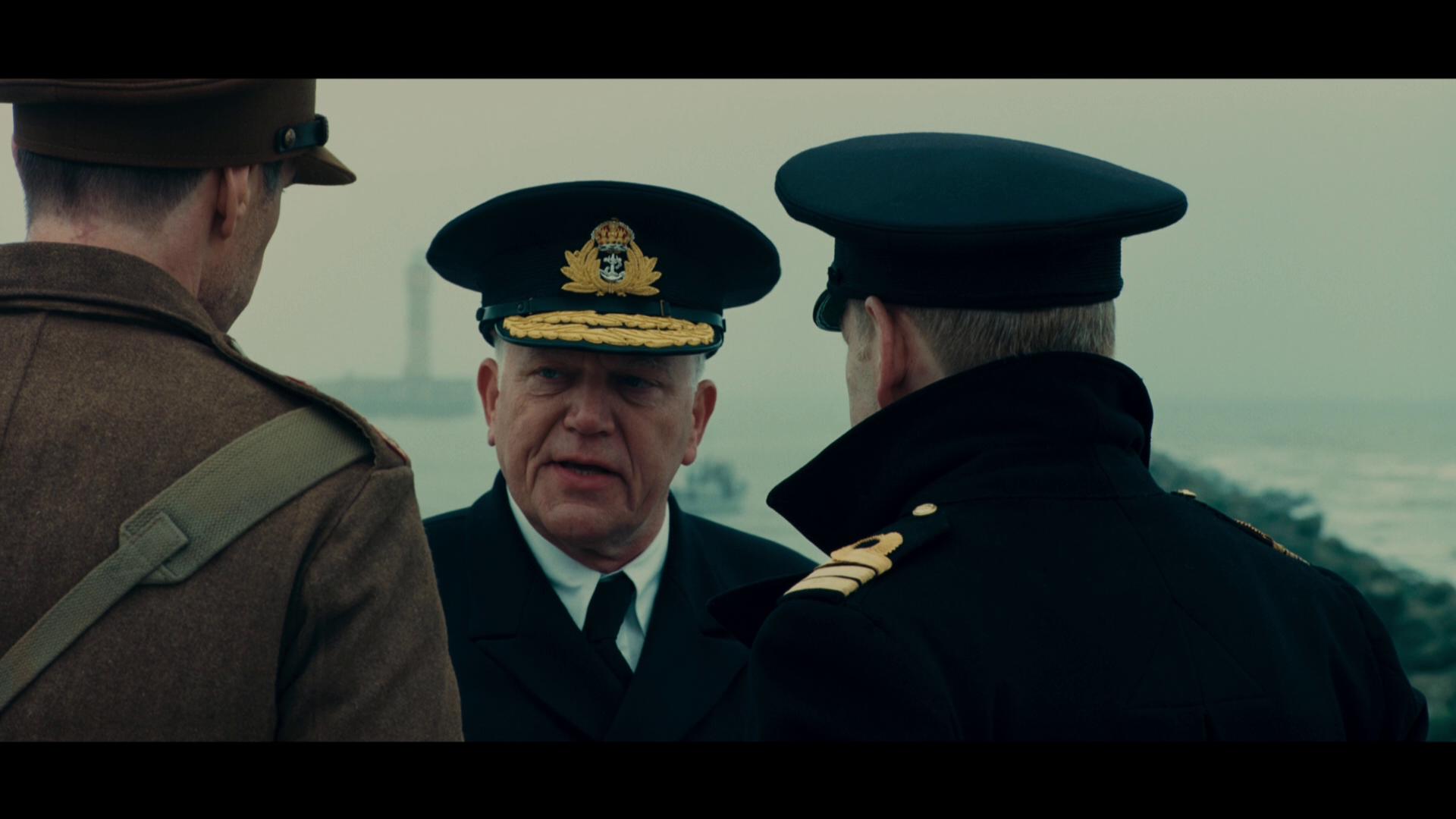