Fede Alvarez has constructed one hell of a roller coaster ride in his second feature film. Part suspense and part horror movie, Don’t Breathe offers a fresh perspective on genre filmmaking. The film starts off by introducing a group of three twenty-somethings (Rocky, Alex, and Money) stuck in Detroit. They are robbing houses and fencing off the valuables to raise money so they can escape to sunny California. However, their fence isn’t impressed with their latest haul. He offers them a new lead that might finally let them leave Motown: there’s a house in the middle of an abandoned neighborhood where a blind man lives alone, and it just so happen he’s sitting on a massive pile of cash. 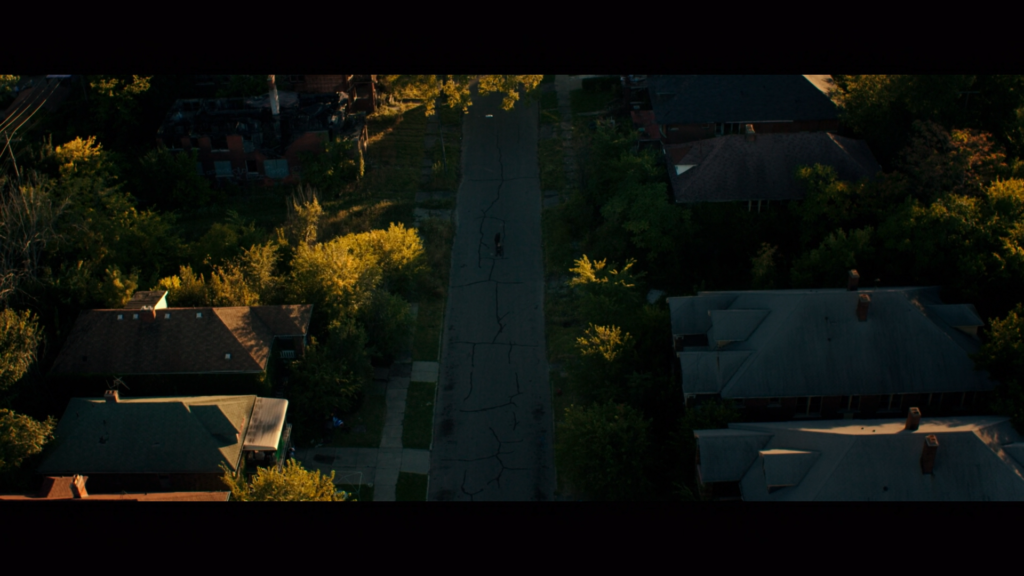 At first I thought the premise was a bit of a stretch, but it’s surprisingly convincing on screen. Three people robbing a blind man is a pretty scummy thing to do. However, this isn’t any old blind man, he’s an Iraqi war vet who can still hold his own, and when he’s not around his vicious guard dog is there to pick up the slack (Don’t worry, no animals are harmed in this movie). Soon, the three burglers find themselves trapped in his house and fighting for their lives. The main characters in the film all are despicable, but they also possess convincing justifications for their nasty deeds. I thought the film raised some interesting philosophical questions about belief and morality, and was surprised at how much thought went into this ostensibly simple movie about a botched robbery.

Don’t Breathe moves at a relentless pace, and Alvarez and crew did a fantastic job creating the world of the Blind Man’s house. In many ways, Don’t Breathe feels a lot like a twisted version Home Alone (Yes, the Christopher Columbus movie with Macaulay Culkin). Except this time instead of a little kid pulling hijinks, it’s one pissed off blind man out for blood. Fede Alvarez masterfully moves the film between each set piece, keeping you interested in what’s going to happen next to the robbers. I want to emphasize that this is not a silly film, it is a heart pounding thriller. This is some intense stuff, and I loved it. 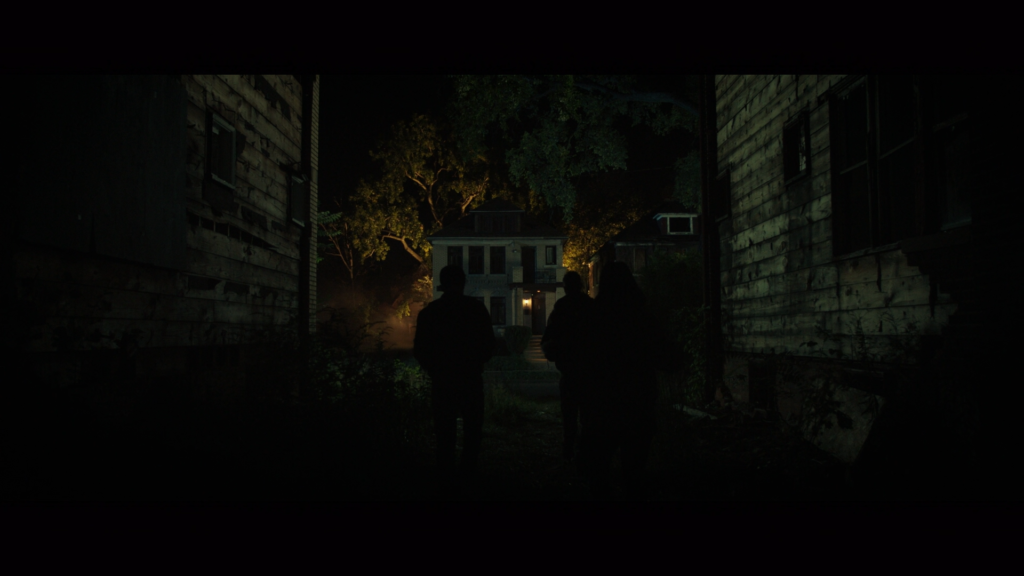 Don’t Breathe wouldn’t work if the Blind Man was not a convincing character. Thankfully, he’s masterfully portrayed by Stephen Lang. Lang is one of those actors you might not have heard of before now, but you’ve definitely seen him in other movies. I loved Lang’s performance. In fact, the Blind Man is my favorite horror villain of the year (sorry, Black Phillip). Without delving too deeply into spoilers, there is one scene in particular in which the Blind Man does something horrifyingly disgusting. I hated watching it, but it was hard to tear my eyes away from such a great performance by Lang. I truly believe few actors besides Lang could have convincingly pulled off what I saw on screen. I’ll certainly never look at a turkey baster the same way again.

Don’t Breathe was shot digitally with an array of cameras, and is sourced and mastered in 2K. Alvarez and co. used creative camerawork and editing to make the most out of a small budget and a very simple setting. The film begins with a gorgeous drone shot zooming in on the abandoned Detroit neighborhood where most of the movie is set. I can’t help but be amazed at what filmmakers can accomplish now with a tiny camera attached to an RC drone. Surprisingly, large portions of the movie were actually filmed in Budapest instead of Detroit. I don’t know if I should be offended or amazed that I couldn’t distinguish the dingy locations they filmed at in Hungary from the ones shot in Detroit. As far as post-processing goes you end up with a very dim and green film that does a great job creating the tension that Alvarez intended.

The cinematography works best inside the dark and tight quarters of the Blind Man’s house, which as I’ve already mentioned is a fantastic studio set. Alvarez uses the claustrophobic setting and dim lighting to great effect, much in the same way Trachtenberg used the bunker in 10 Cloverfield Lane. Alvarez’s choreography is very clever and he does a good job using the tight spaces to create tension. I was amazed at how good the pitch black basement scenes looked in the film. Alvarez really created a great looking film on a shoestring budget.

Don’t Breathe‘s audio quality is unmatched by any other horror film released this year. No this isn’t an ATMOS track, but you’ll have a hard time finding a more clever use of surround sound. Obviously the Blind Man depends on his hearing to catch (and beat the shit out of) the would-be robbers. If you’ve ever played the video game The Last of Us and fought the Clickers, you should have a pretty good visualization of how the Blind Man fights in this film. If not, it works like this: as long as you stand still and… don’t breathe you’re safe from the blind guy. The surround tracks do a great job in conveying the tension of the Blind Man tracking his victims with his ears. At a random point during the film, I got up and walked around the different speakers in my living room’s 5.1 setup and I was really surprised at how much the surround tracks were being used in this film. It wasn’t overly gratuitous, but it certainly made me feel like I was getting good use out of my home theater system. 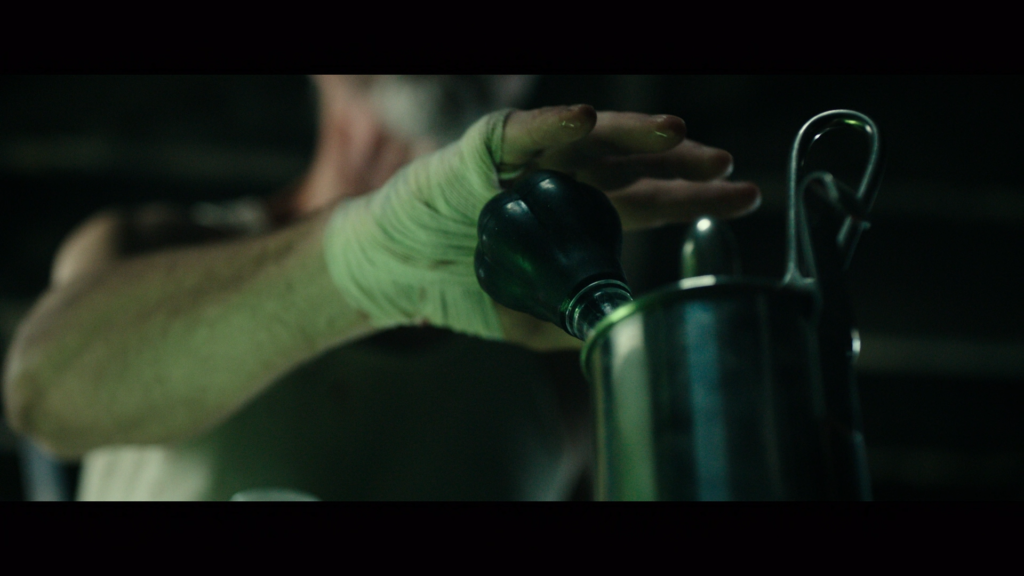 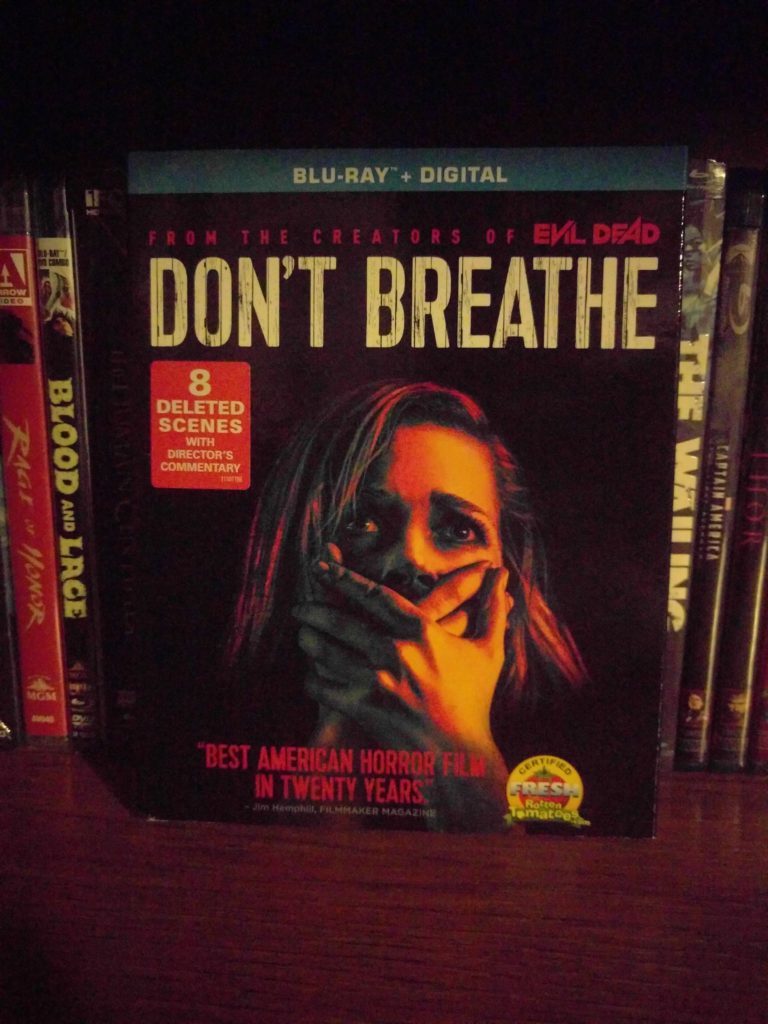 Don’t breathe comes packages inside a standard blu-ray case. I’m not a huge fan of the cover art on this release (not featuring the Blind Man or his house on the cover is a travesty). However, as a home video release Don’t Breathe really shines with a fully loaded set of special features. You get deleted scenes, several making of featurettes, and a full-length commentary track featuring Fede Alvarez, Rodo Sayagues, and Stephen Lang. There’s tons of rewatchability in this release and a boatload of special features for a first printing. At least feature-wise, Sony went all out to offer a complete product to the fans on release day and I think they deserve props for delivering so much value here. 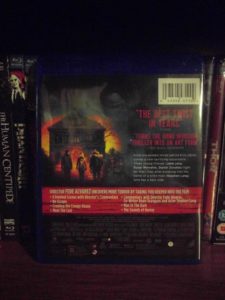 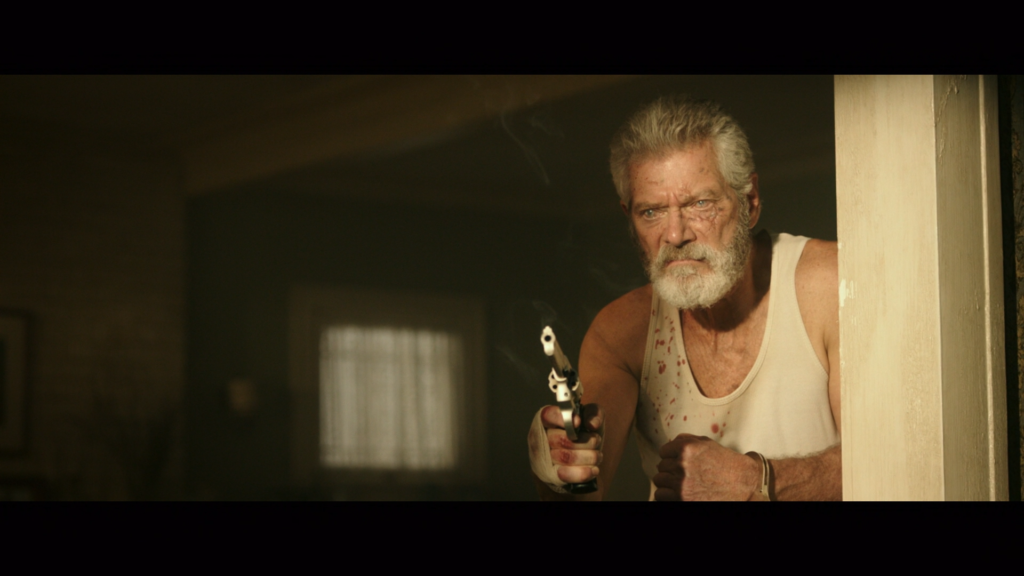 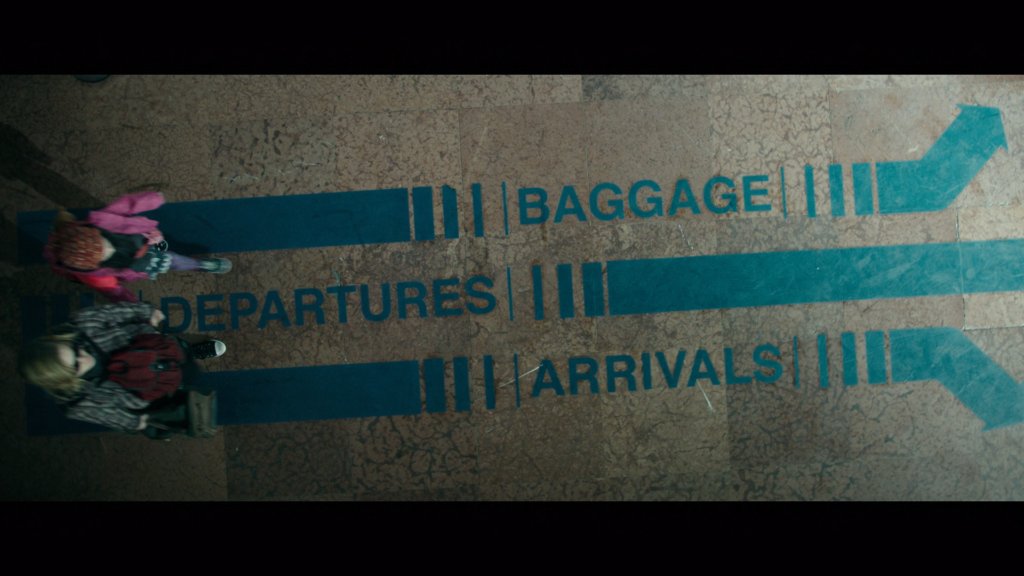 Don’t Breathe is a fantastic horror movie. It’s incredibly fun to watch the film play out, and I still found myself on the edge of my seat on my second and third viewing. I greatly enjoyed listening to Fede Alvarez and actor Stephen Lang discuss the filmmaking process in the commentary track. I can’t emphasize enough that the special features are worth every penny on this release. In a year that was full of great horror movies, Don’t Breathe is unique in that it really captures the zeitgeist of 2016 for me, a year where so many bad things have happened. If you like thrillers and/or horror films, Don’t Breathe is one of the easiest purchases of the year. Don’t walk, run and get this movie before the Blind Man gets you with his turkey baster.