Doctor Strange is a 2016 American superhero film that is based on the Marvel Comics character who goes by the same name, produced by Marvel Studios and distributed by Walt Disney Motion Pictures.  This film is the fourteenth film in the Marvel Cinematic Universe.  It was directed by Scott Derrickson, who wrote the film with Jon Spaihts and C. Robert Cargill and features Benedict Cumberbatch, Chiwetel Ejiofor, Rachel McAdams, Benedict Wong, Michael Stuhlbarg, Benjamin Brett, Scott Adkins, Mads Mikkelsen, and Tilda Swinton.  In Doctor Strange, surgeon Stephen Strange learns the mystic arts from the Ancient One after a career-ending car accident.

There’s been several incarnations of Doctor Strange films in development since the mid-1980’s, until Paramount Pictures had acquired the rights in April 2005, on behalf of Marvel Studios.  Thomas Dean Donnelly and Joshua Oppenheimer were brought on board in June 2010 to write the screenplay.  In June 2014, Derrickson and Spaihts were hired to direct and re-write the film, respectively.  Cumberbatch was chosen for the iconic role in December 2014 forcing a schedule change to work around his other commitments.  This gave Derrickson the time needed to work on the script himself, for which be brought Cargill on board to help.  Principal photography began in November 2015 in Nepal, before moving to the United Kingdom, and concluded in New York City in April 2016.

As of February 23, 2017, Doctor Strange had grossed a worldwide total of $675.8 million and it became the biggest IMAX opening in November domestically, internationally as well as globally; overtaking the record that was last held by Interstellar.  By November 27, 2016, the film had become the largest single-character introduction film into the Marvel Cinematic Universe.  Holding its world premiere in Hong Kong on October 13, 2016, and making its US theatrical debut on November 4, 2016 in 3D and IMAX 3D, Doctor Strange was met with positive reviews from film critics.  It also received an Academy Award nomination for Best Visual Effects. 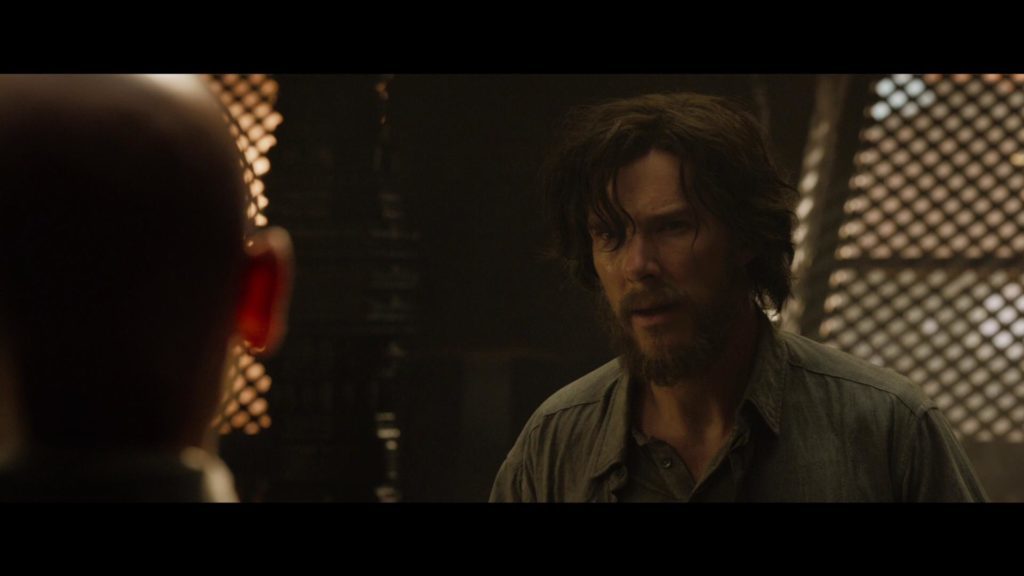 Overall, I was really pleased with Doctor Strange and the experience that it offered.  While I’m not too knowledgeable from the comic book series, but going in without that knowledge allowed me to have a great appreciation for the movie.  Presenting a solid story, although the beginning portion of the film felt as if it were a bit rushed, but that point aside, it was great.  Drama, action, suspense, this movie definitely has it. 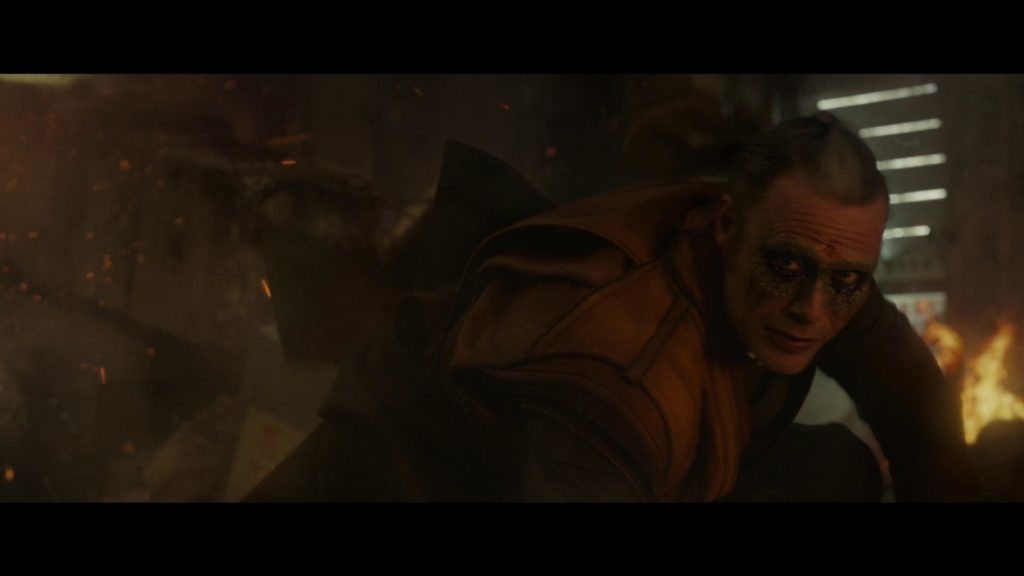 Doctor Strange offers a one-of-a-kind visual experience for home audiences.  After seeing the theatrical trailers as they were on television, I was curious about how much of the film would be the environmental-ish visual effects and how well they’d look on Blu-ray; and the production crew of this film did an absolutely fantastic job with these visual effects.  Every aspect of them was very well maintained throughout with no distortion whatsoever.  This particular film, being a part of the Marvel Cinematic Universe, carried a darker tone throughout than earlier films in the MCU; and with those darker scenes, there definitely was enough ambient lighting to allow audiences to visually see everything as the story progressed. 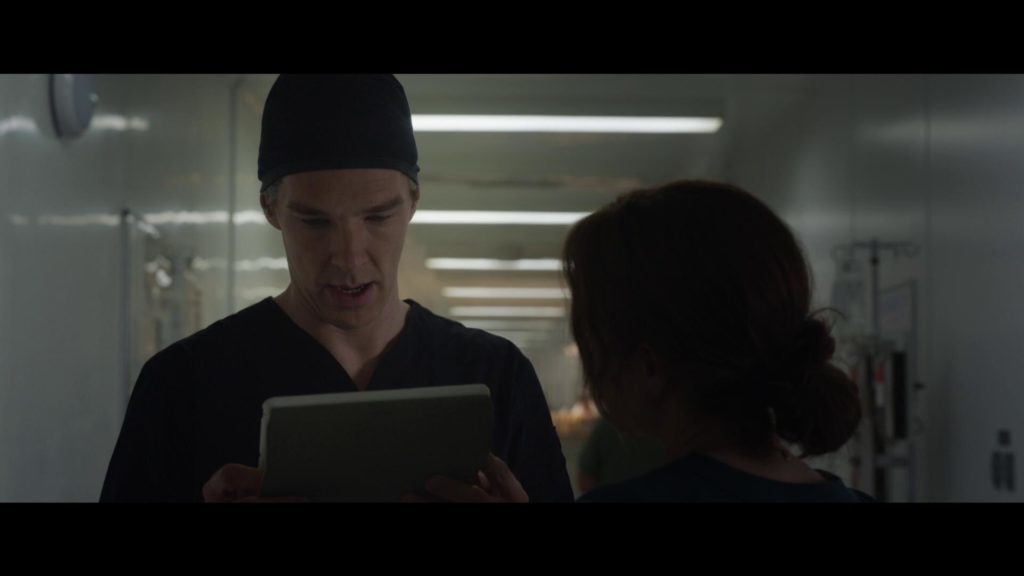 Doctor Strange comes packaged with a DTS-HD Master Audio 7.1 audio track, and I will be honest and up-front with you, it was absolutely fantastic!  As much as I’ve become a DTS:X and Atmos fanboy ever since I setup a proper home theater system, Doctor Strange really made use of the surround speakers as the camera would pan around a given scene.  Being able to hear that particular aspect as it plowed through my two Prime Satellite speakers from SVS Audio, it allowed for the experience to feel as if I were right there in the middle of the action. 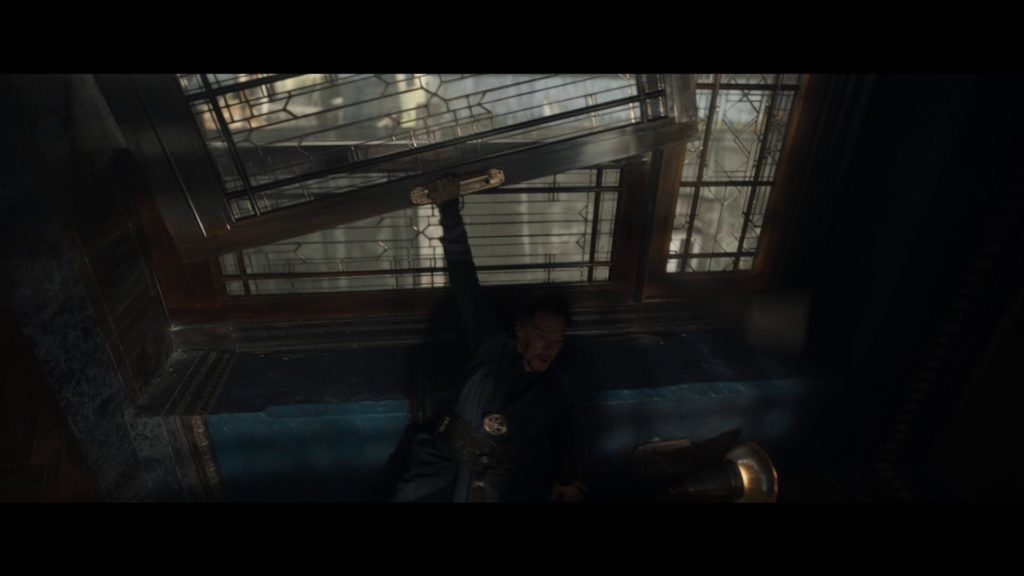 For the purpose of this review, I am reviewing the Target Exclusive Blu-ray release of Doctor Strange.  The film comes packaged in your standard Blu-ray amaray case.  Contained within is the standard Blu-ray copy of the film, the standard DVD copy of the film as well as a digital copy redemption pamphlet.  There is also a slipcover that’s been made available in the initial pressing  With the Target Exclusive release, there is some additional content that’s been made available digitally. 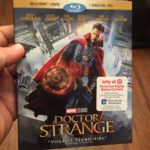 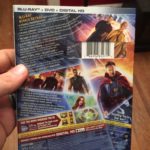 Target also has their exclusive release of the 3D Blu-ray as well with the exclusive digital content included. 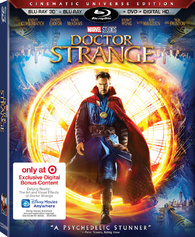 There is also the standard Blu-ray release of the film.

There is also a 3D Blu-ray release that includes the same contents as the standard release with the 3D Blu-ray copy of the film included. 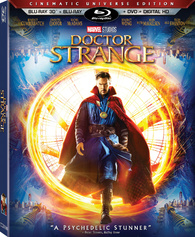 Best Buy also have their exclusive release available in Steelbook Packaging for both the standard Blu-ray and 3D Blu-ray releases respectively.

Doctor Strange comes bundled with an intense amount of additional content that allows audiences to dive even deeper into the film, the story that it’s presenting as well as the work that went into making this film happen.  Included with the Target Blu-ray release is:

With this release being the Target Exclusive release, the included additional content that’s only available digitally is: 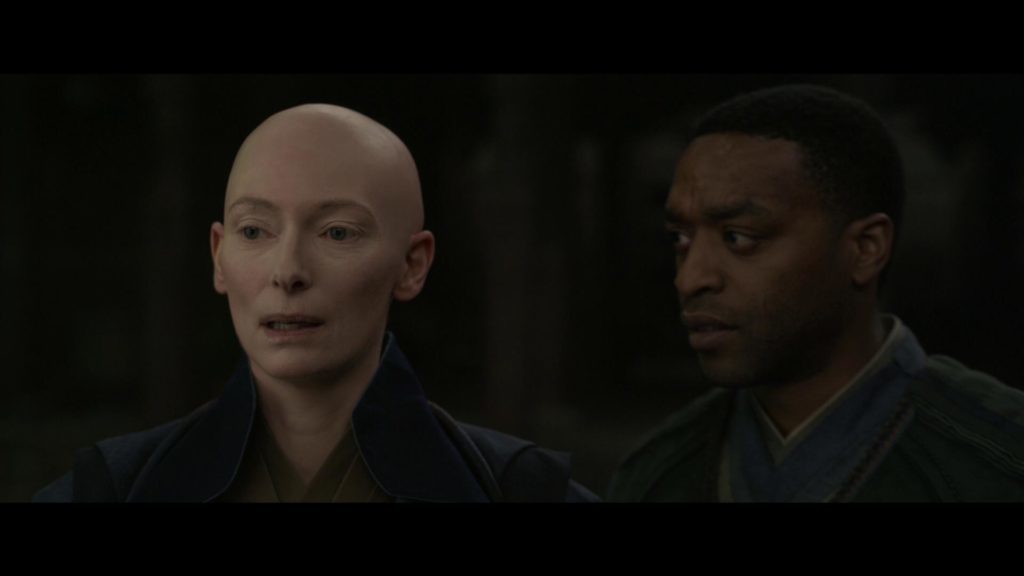 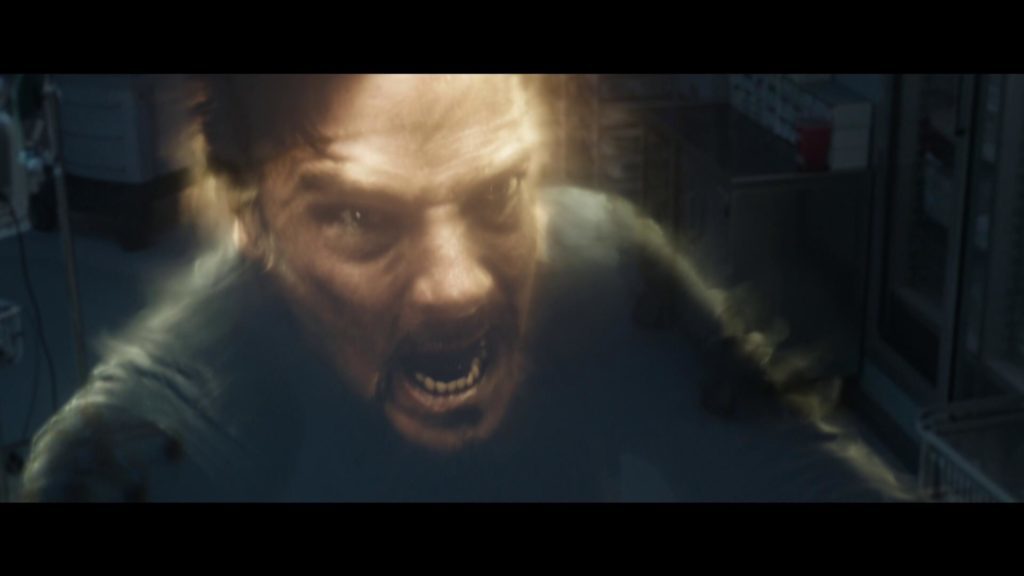 I’m not going to lie, I’ve been looking forward to the Blu-ray release of Doctor Strange after seeing the theatrical trailers; as I’ve thoroughly enjoyed each of the pieces of the Marvel Cinematic Universe in their own right.  As I’ve seen with the earlier films in the universe, they certainly did not disappoint with this film.  It’s full of action, drama and suspense, it does a fantastic job at maintaining your attention as the movie progresses.  The overall video and audio quality of the Blu-ray release is right on par with what you would expect from a quality Blu-ray release.  Even with the standard Blu-ray release, you’re provided with a lot of additional content to explore the film further; I can without a doubt highly recommend this movie for your home library.  Now, you’ve just got to decide which release you want to get if you’re looking to grab it. 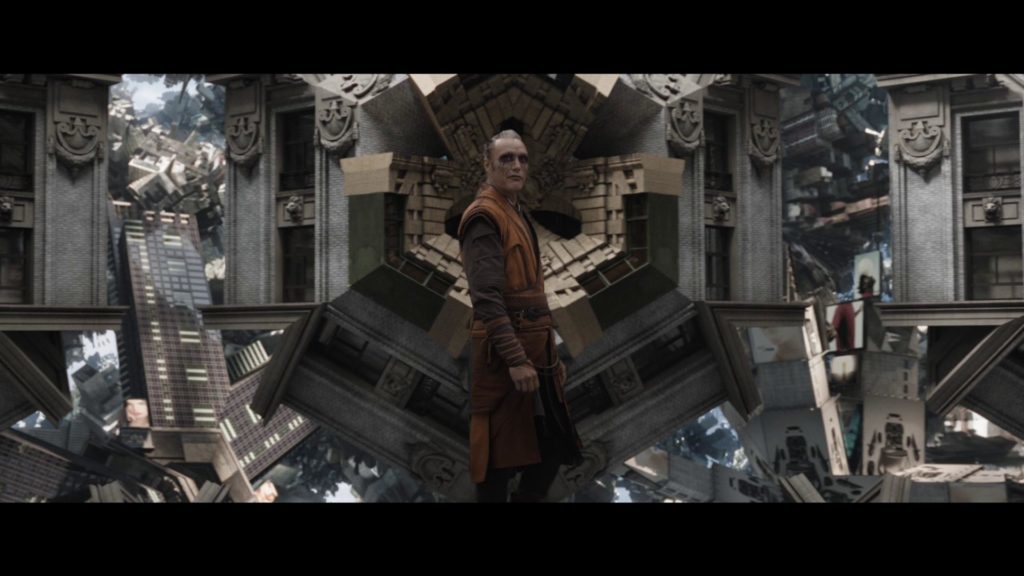