Bryan Marks(Davis) is a paranormal investigator, whose wife disappears as they are investigating the Devil’s Well. A year later, after no evidence against Bryan, he returns to the well with Lucas Baker(Viemeister) and his team of paranormal researchers to discover what happened to Bryan’s wife and the secrets of the Devil’s Well.

There are a lot of found footage horror films out, hundreds. Starts out in a full documentary style about the disappearance of Bryan’s wife, Karla. It does mention the well and the fact they were paranormal researchers, but more as background of their relationship and where she went missing. This is all good at setting up the location and the characters, the issue is that it is around 15 minutes of just characters talking to the camera. After the 15 minute mark things begin to even out with pictures and new paper headlines thrown in between characters talking to the camera. Eventually we get introduced to the paranormal group S.I.G.N.S who will be going with Bryan to investigate the Devil’s Well.

The characters all feel distinct and special in their own way. The 7 characters we see through out the movie is Bryan, 5 members of S.I.G.N.S. and Kurt the man making the documentary. Most of them feel alive and have their own ideas of being down there and why. Bryan wants to find out what happened to his wife. Lucas wants to have hard evidence paranormal things are real. Chris(Alexander) and Riley(Seavey) are supporting members of S.I.G.N.S. who also believe the well is haunted. The best character by far is Dennis, played by Jon Gregory, who is the group skeptic but also has no problems pointing out how Bryan could have murdered his wife, to his face. Kurt, played by the writer and director Kurtis Spieler, is like the audience as he is there for the ride not wanting to take part but to observe. The least flushed out character is Lynn Baker, played by Lauren Sowa. Besides being Lucas Baker’s sister her only other characteristic is being a medium, which is mentioned almost in passing. It is from her most of the paranormal things occur. 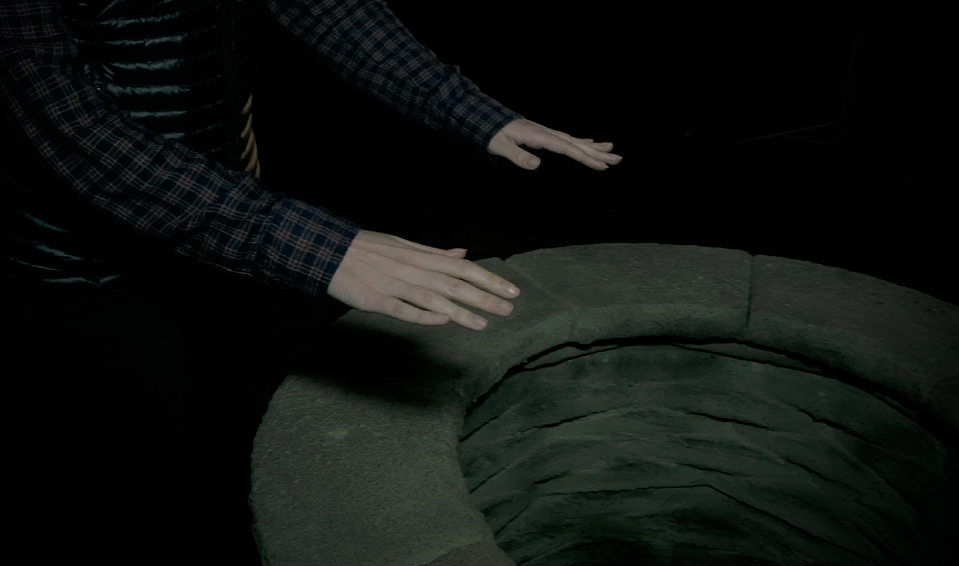 The location of the well is under an old textile factory and brings down a creepy atmosphere. It feels like you are watching one of the paranormal shows on the History Channel or SyFy network. The films continues to keep that idea up as characters will see something the camera misses or someone falls and it is impossible to see if they tripped or were pushed. A major idea thrown back and forth between characters in interviews and in the investigation was if this is paranormal or just a trick of some kind. This uncertainty made it very exciting as the characters progressed trying to see if it is all paranormal. The ending comes as a shock, but one that makes sense and doesn’t feel out of place. It doesn’t answer every question, but like most documentaries, it answers enough to leave a satisfying conclusion.

Some extra thoughts: Chris a ghost hunter, brings a gun to a ghost hunt. Not just this one, with Bryan the could be murderer, but all of them. S.I.G.N.S. play on T.A.P.S. the group from the Ghost Hunters TV series on SyFy. Besides 4 cameras spread out the basement of the textile, they have 2 pointing directly to the table where Dennis sits alone watching monitors. During the interviews there is an argument about ghosts aren’t real but angels are, feels a little weird. Only applies to the last 5 minutes but who is filming. Back stories for all the investigators is in the credits, nice idea. 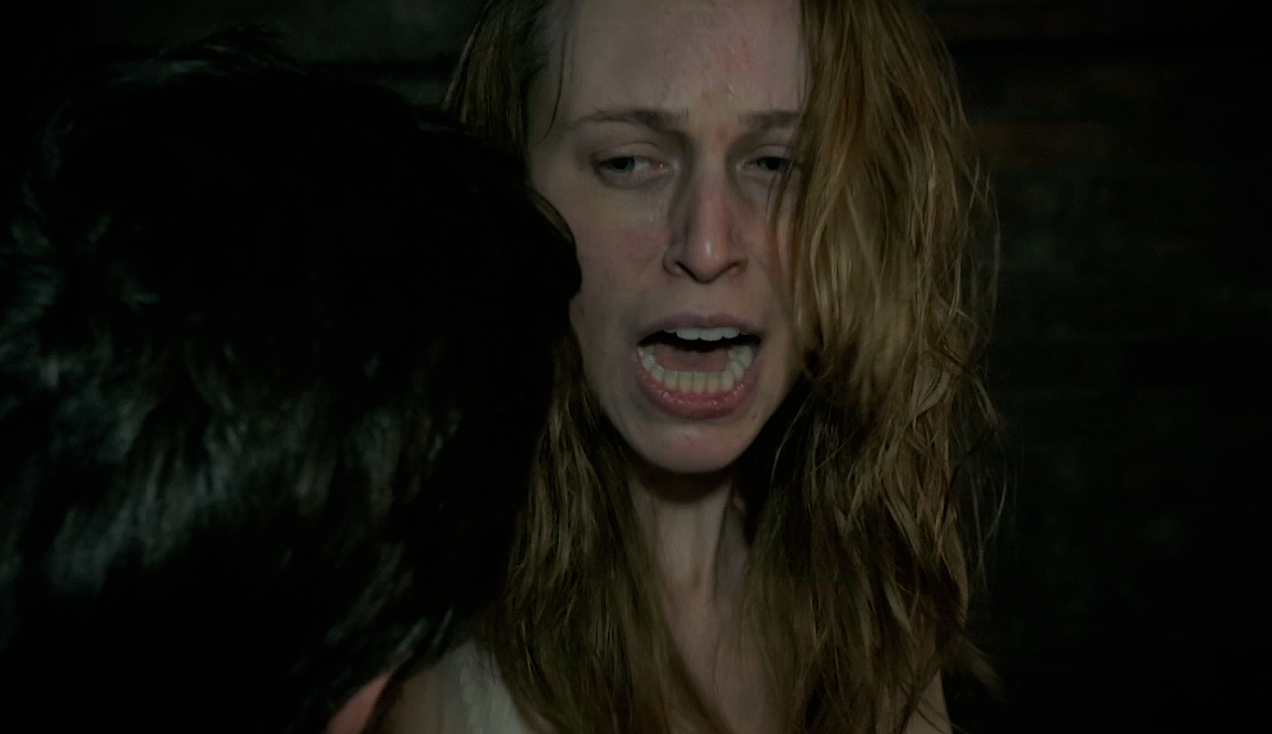 No, major issues with audio. Surprisingly was pretty good with filming in a location prone to echos. While technically not audio related, it was helpful when doing the interviews anytime the interviewer asked a question or in the one case someone’s voice was distorted subtitles were put on screen. 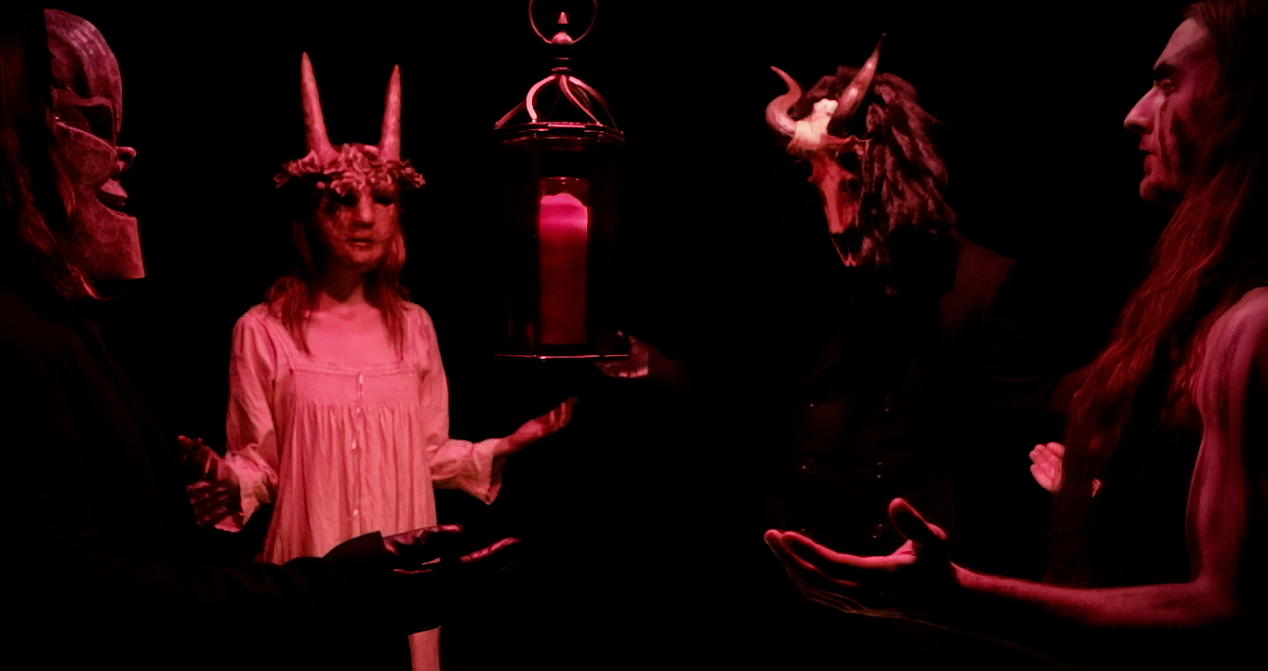 The Devil’s Well will be available from Uncork’d Entertainment beginning on February 9, 2018 on Video On Demand! 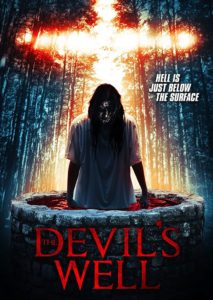 If you are into horror and you see this on Shudder or a horror channel, totally worth a watch. If you are specifically into found footage horror movies this is one of the better ones, totally recommend.