Detroit is a 2017 American period crime drama film that was directed by Kathryn Bigelow and written by Mark Boal. Based on the Algiers Motel incident during Detroit’s 1967 12th Street Riot, the film’s release commemorated the 50th anniversary of the event. The film features John Boyega, Will Poulter, Algee Smith, Jason Mitchell, John Krasinsky, and Anthony Mackie.

Making its premiere at the Fox Theater in the titular city on July 25, 2017, and began a limited theatrical release on July 28, 2017, before opening wide on August 4, 2017. Overall, the film received positive reviews from film critics, with particular praise towards Bigelow’s direction, Boal’s script and the performances of both Poulter and Smith; but was a box office failure as it ended up only grossing $21 million against its $34 million operating budget. 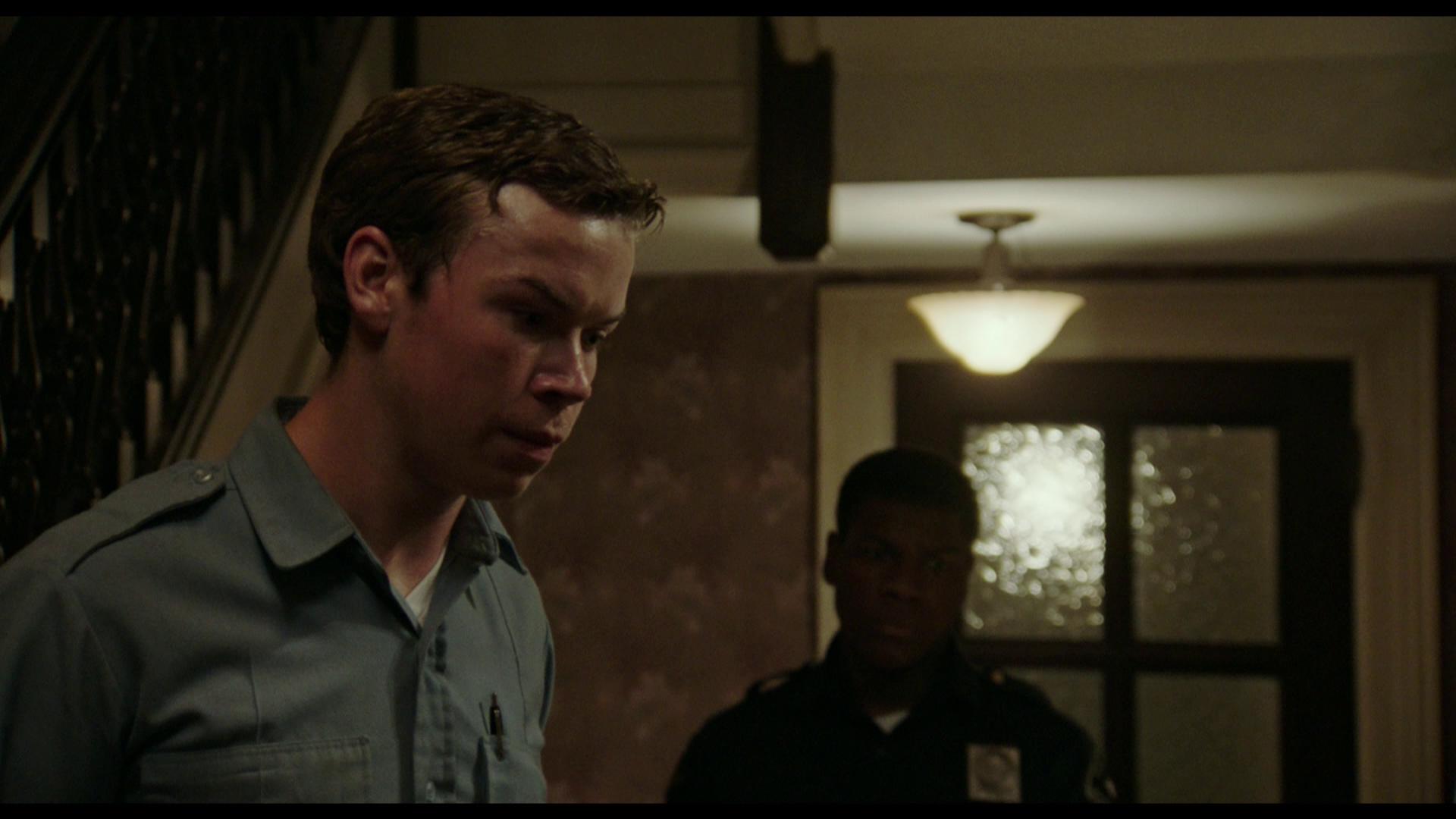 Detroit has a whole lot of information being conveyed all at once that made it slightly difficult to follow while it progresses if you aren’t paying close attention.  We have a film that is working to portray a lot of the racial harassment that happened way back when, and even unfortunately continues on into society today along with the storyline of the musical group known as The Dramatics and their quest for a record deal.  The story that we’re given with this film, while considerably depressing, was beautifully presented and really gave the audience a look into crap those members of the African American citizens of Detroit had to go through during the late 1960s. 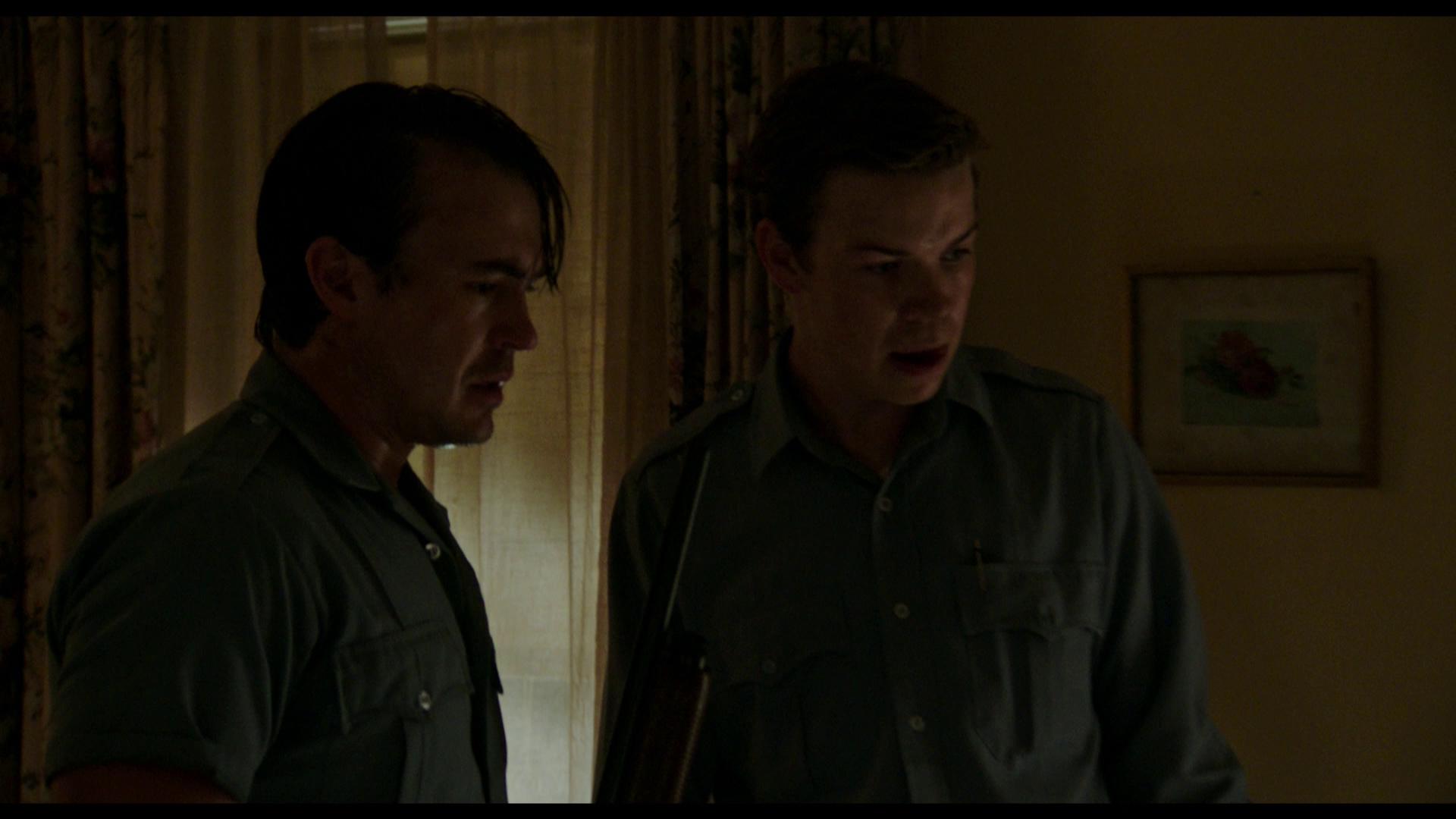 Overall, Detroit looked really damn good as it played out across my living room television.  Presenting some beautiful scenery of the city of Detroit as well as the overall decor of the homes during the late ’60s; all of that was clean and clear and able to be visually understood without any additional focus.  My only personal complaint were during the scenes that featured lower than your standard levels of lighting, they could have used some more ambient lighting to make it clearer what was happening.  They weren’t horrible as with additional focus allowed for my wife and I to understand what was happening during these sequences; but, it really does a number on the eyes after a while.

Packaged with a DTS-HD Master Audio 5.1 audio track, Detroit does everything that it can in its power to offer an immersive experience for its viewers.  Placing the viewers right into the middle of downtown Detroit and the various clubs or areas that things take place, it sounded really damn good as it played across my home theater system.  Personally speaking through, I think this film would have fared better with a 7.1 audio track as it would’ve done a significantly better job with its audience immersion.  One major complaint that I did have was with the music that played during the menu sequences; the added level of bass that ripped through my subwoofer was overly done, extremely obnoxious and really unnecessary for a menu audio track.  The music throughout the film was done at ear-pleasing levels and it was just that of the menu that should’ve been done better. 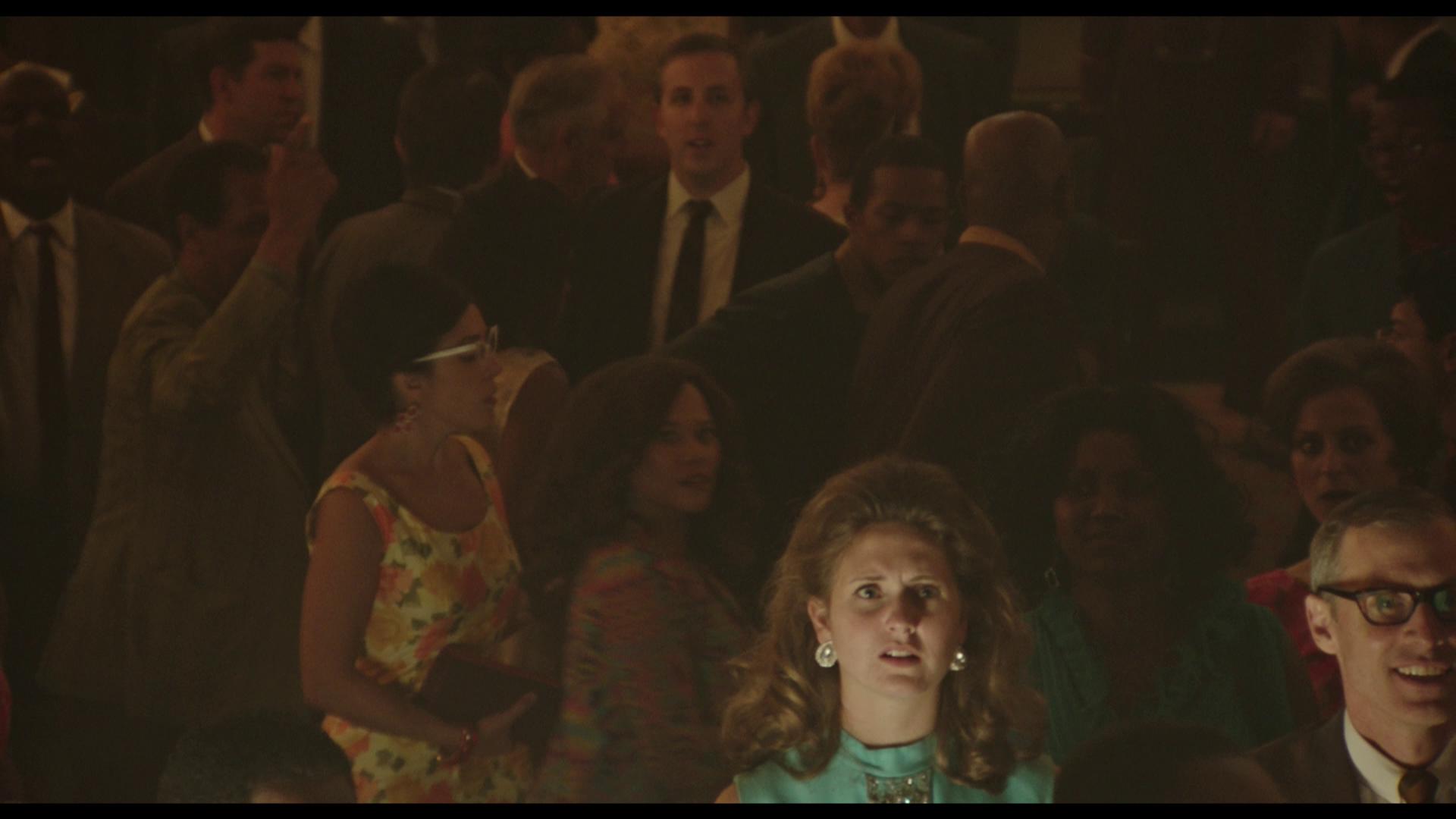 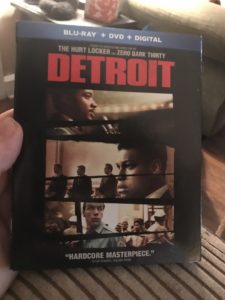 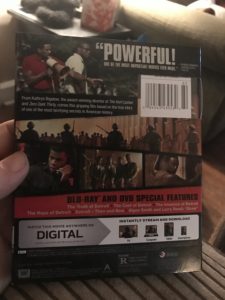 There’s a decent amount of special features that have been included on the Blu-ray release of Detroit.  A lot that not only takes a behind the scenes look into the film, but there’s also some educational pieces that cover what really happened within the city of Detroit during the late ’60s.  Included with this release is: 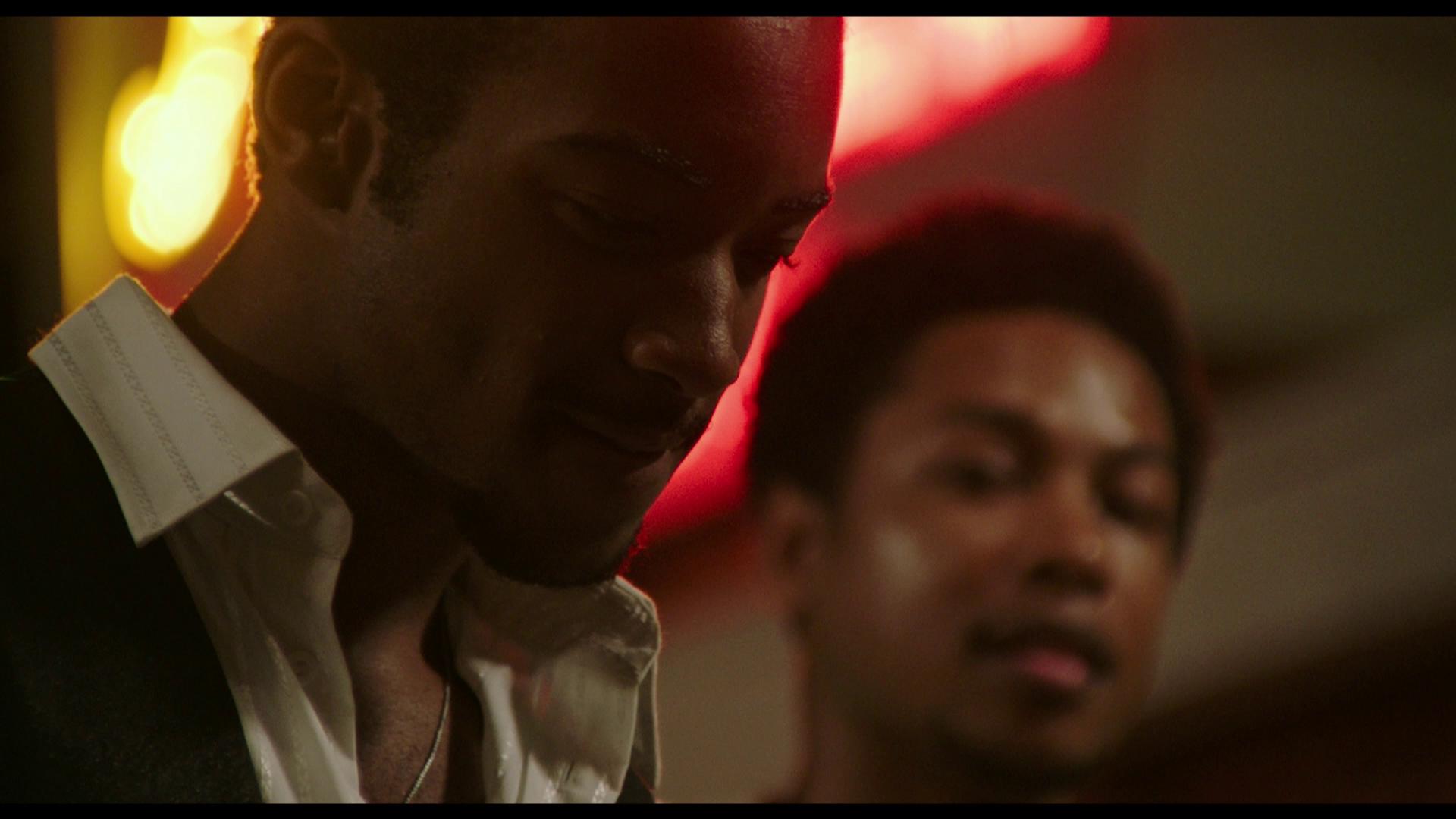 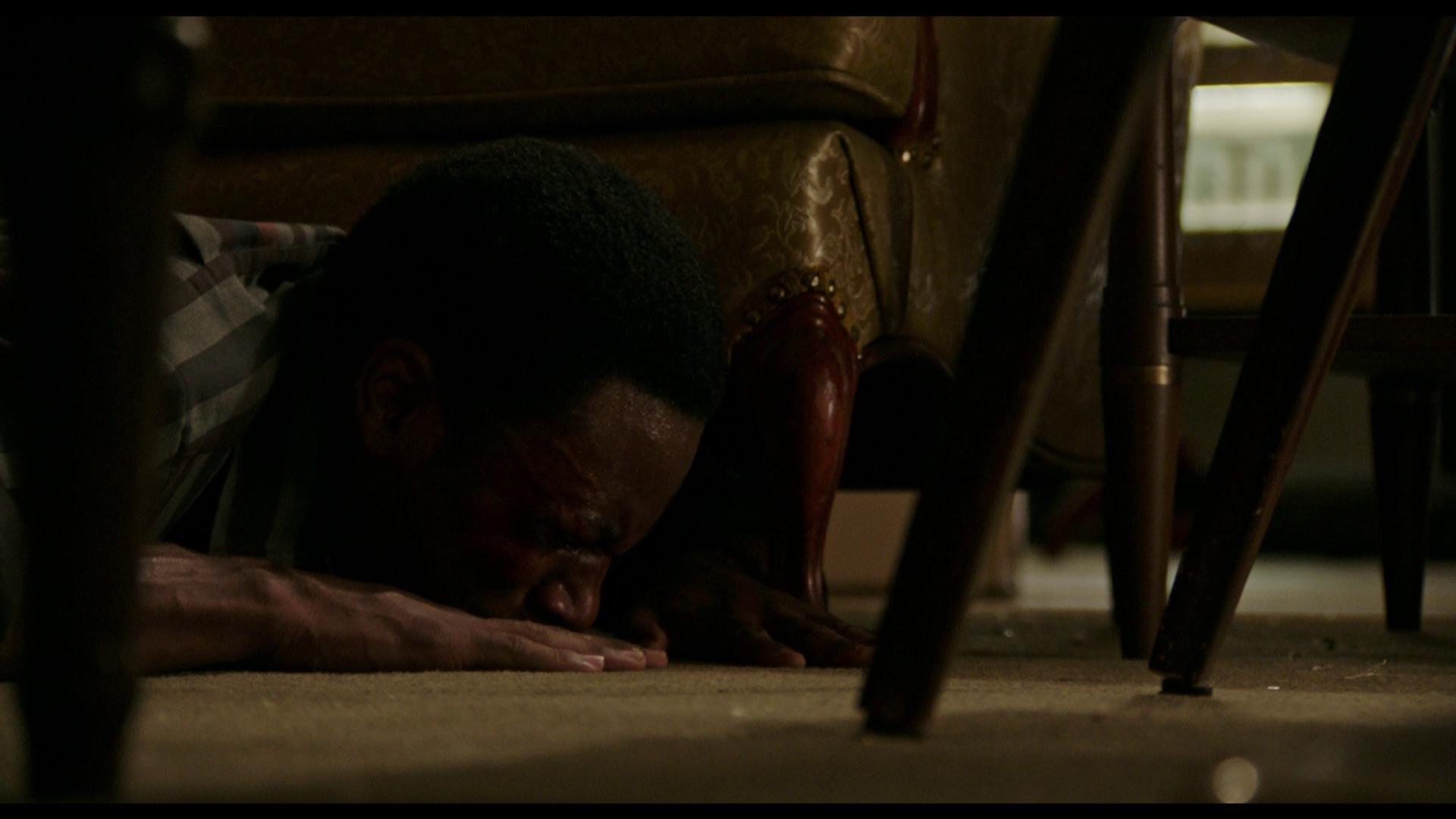 I’m really glad that I decided to pick up Detroit.  Not only am I a fan of period pieces like this, but it really put the events that I had only slightly known about into a much better perspective by giving it a visual representation.  The overall video and audio presentation of the Blu-ray release was nicely done; and it would’ve been much better had they included more ambient lighting in the lower-lit sequences as well as gone with a 7.1 audio track for the feature presentation.  Whoever created the menu for this release needs to have their job reconsidered as the bass levels of the audio during the menu were extremely overdone and almost made it feel as if my subwoofer was going to implode on my living room floor.  There’s a decent amount of additional content that’s been made available with this release that not only covers the work that went into making this film available, but some added educational pieces that does a nice job at covering the events that really occurred during this time.  If you’re on the fence about whether or not you want to pick this film up for your collection, I would definitely recommend it if you are a fan of period pieces like this.  Detroit is available on Blu-ray and DVD now. 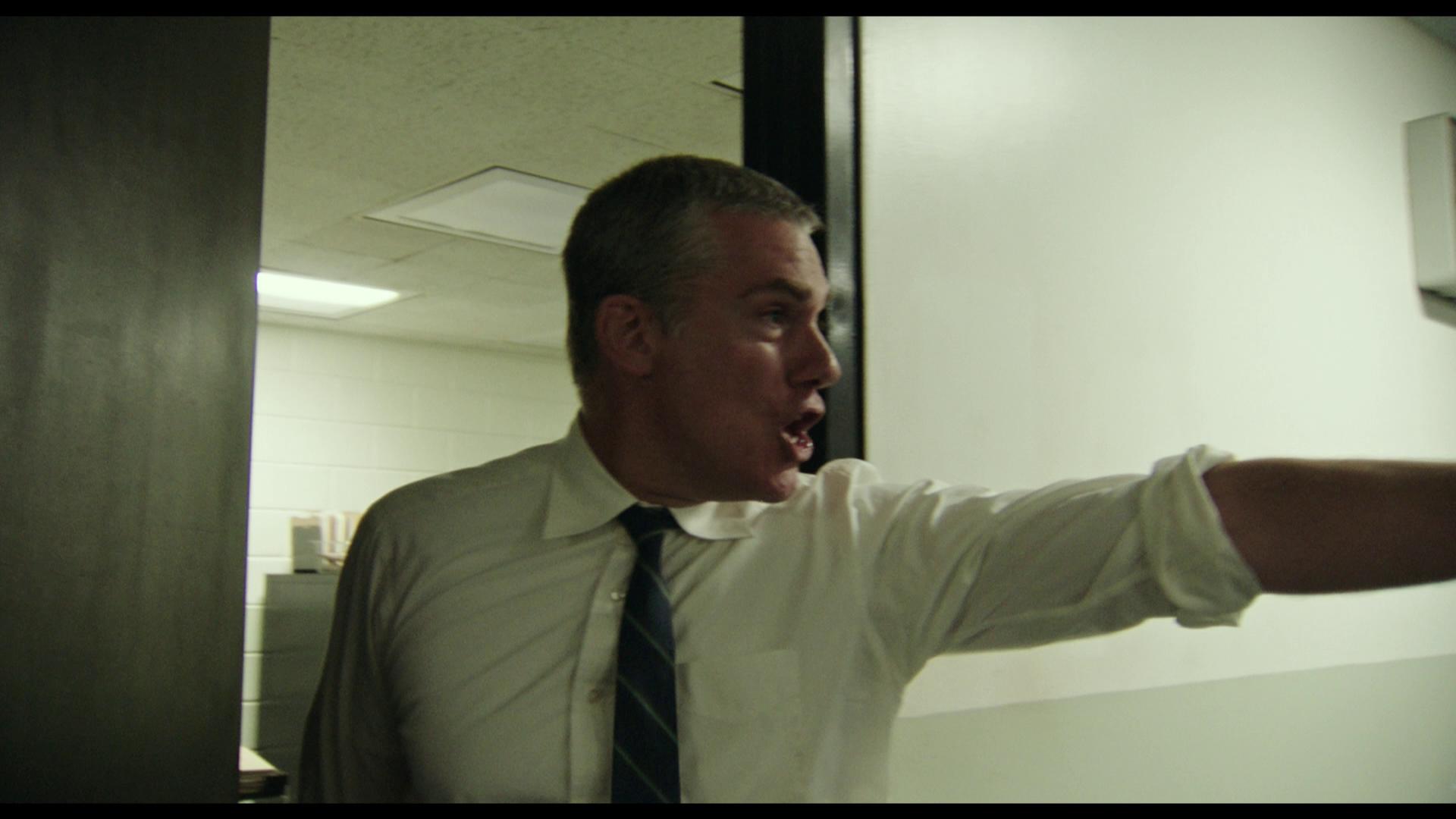