Death Wish is a 2018 American vigilante action film that was directed by Eli Roth and written by Joe Carnahan. It is the sixth installment of the Death Wish film franchise and is a remake of the 1974 film of the same name starring Charles Bronson, based on Brian Garfield’s 1972 novel. This film stars Bruce Willis as Paul Kersey, a Chicago-based actor who sets out to get revenge on the men who attacked his family. Vincent D’Onofrio, Elisabeth Shue, Dean Norris, and Kimberly Elise also star in the film.

Following Paul Kersey, who lives with his wife Lucy and college-bound daughter Jordan. He works as a trauma surgeon at a Chicago hospital, and during lunch one day, he gives the keys to his car to a valey, Miguel, who secretly takes a picture of their home address from the car’s navigation software. Later, while Paul is working a late night at the hospital, three masked men invate his home. Jordan and Lucy are both shot and Paul learns at the hospital that Lucy had passed away while Jordan had fallen into a coma.

The film was released in the United States by Metro-Goldwyn-Mayer and into the international markets by Annapurna Pictures on March 2, 2018. Overall, it received generally negative reviews from film critics, with heavy criticism aimed at it for not really adding anything to the previous installments. 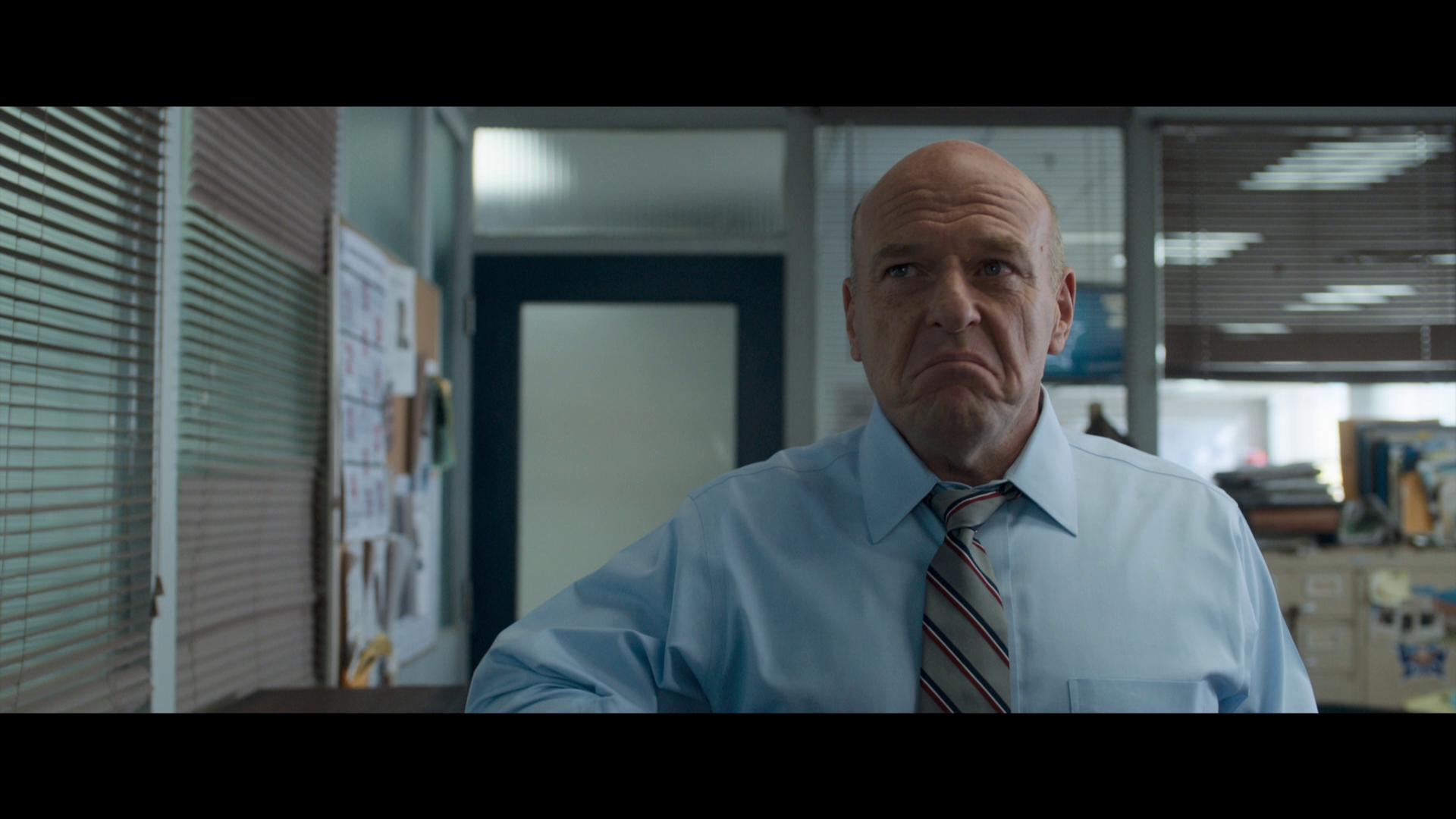 I was pretty bummed to see all of the negative feedback that Death Wish received from film critics.  It was noted that it lacked the grit and conviction of the original films, so I can’t really attest to that as I hadn’t seen the original films.  But, this movie is chock full of action, and uses the smallest amount of jokes and references that gets the audiences rooting for the Grimm Reaper, it really made for one hell of an experience.  This movie got a lot of that negative feedback because of the increase of political sensitivity surrounding gun rights, and the alt-right viewpoint; and is something that I personally believe is unfair to the plot line, story and experience that Eli Roth was trying to convey with this movie, and his notorious amounts of brutality in film. 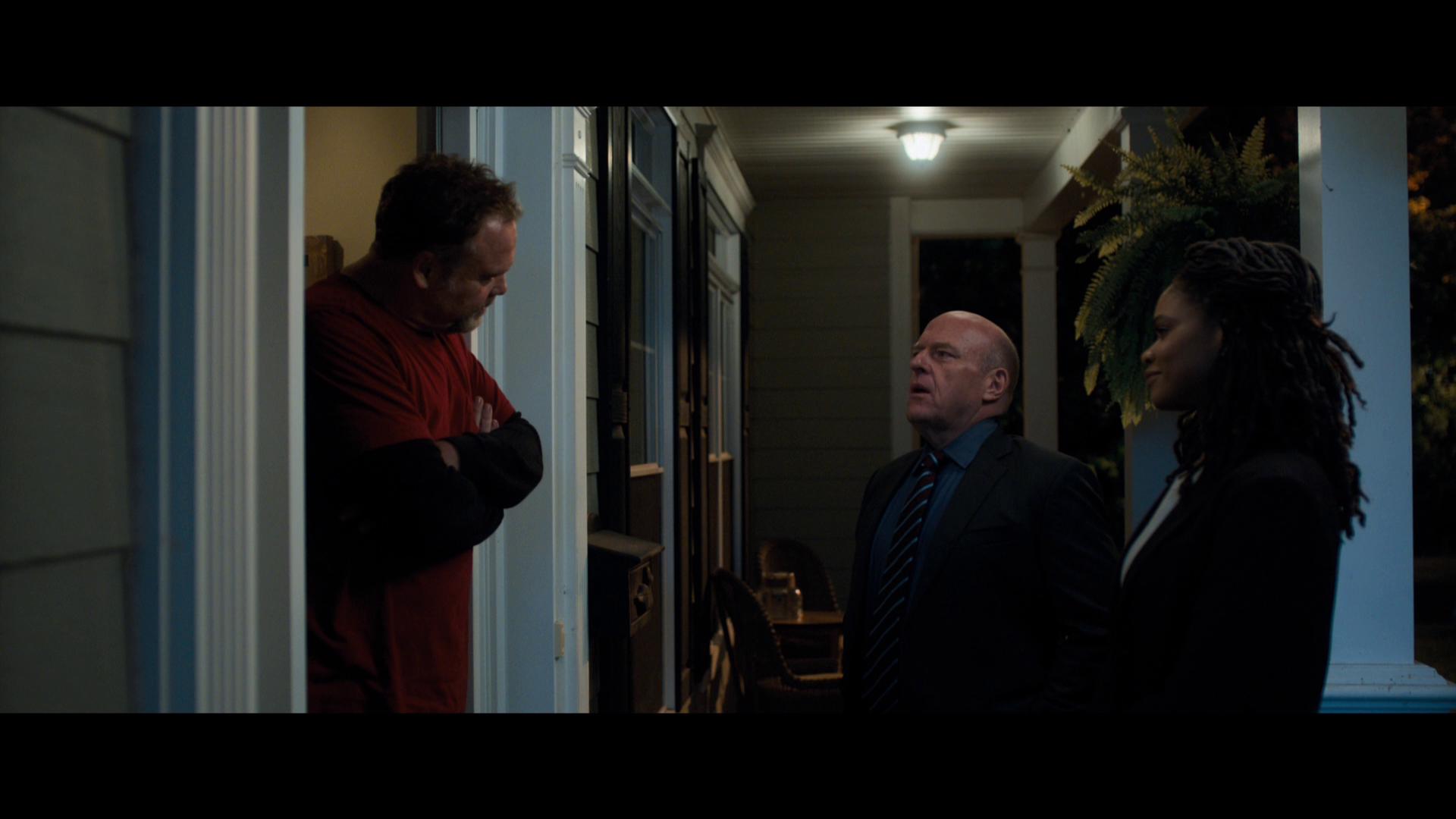 Presented in 1080p, Death Wish played out very well as it progressed on my living room television.  Not only providing audiences a very beautiful view into the city-scapes of Chicago, but really doing a number with its presentation of the brutality that surrounded the actions of the Grimm Reaper.  I’m not completely sure on what was used for the special effects that surrounded the various wound infliction that was carried out, but they really popped even if they were shown for a brief second before the camera moved on to another part of the scene.  Everything was clean, clear, and understandable from beginning to end, and the scenes that featured less natural light had more than enough ambient lighting to allow for everything to continue onward without having to pay additional focus or squint to see everything that was going on. 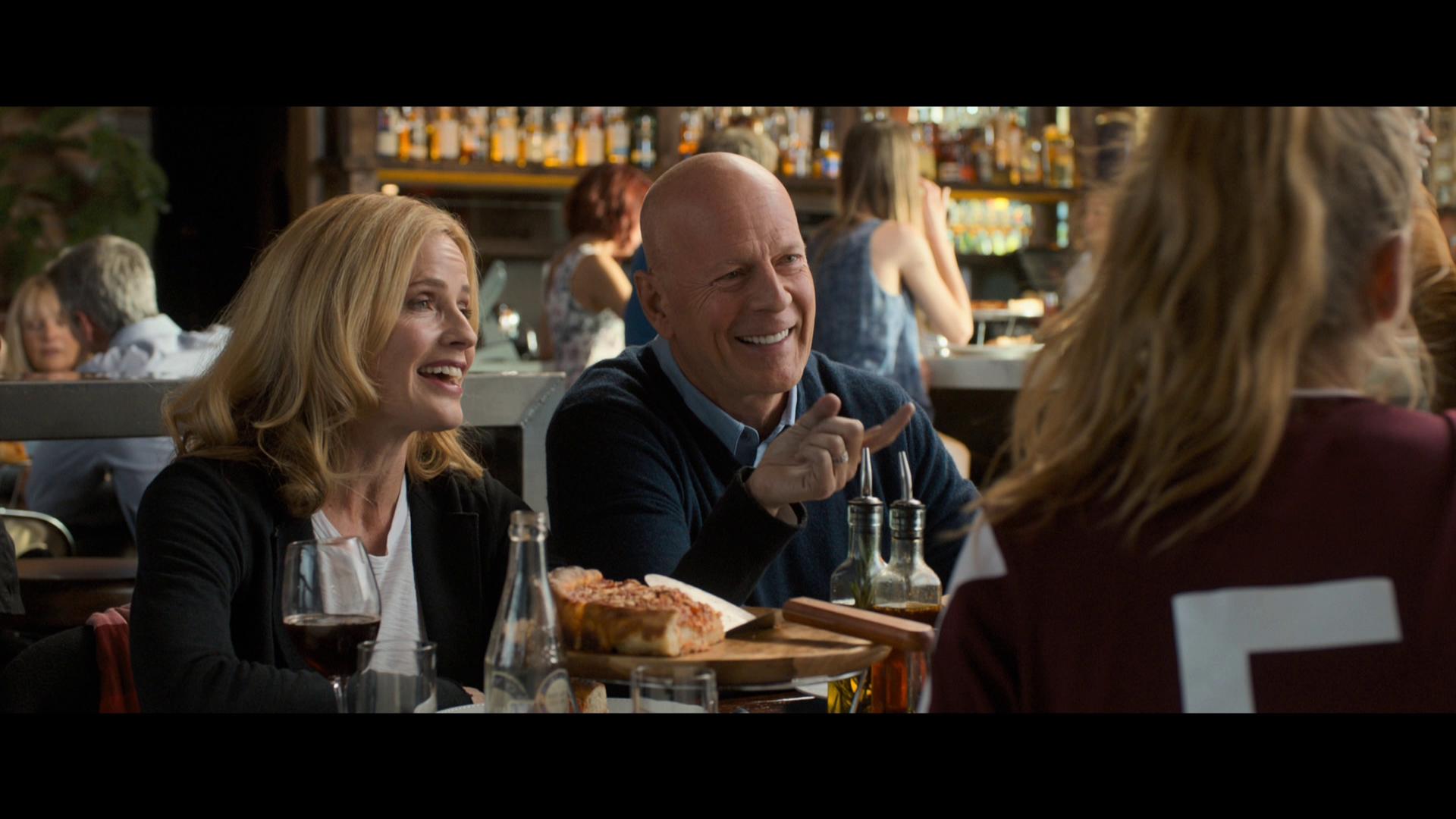 Bundled with a DTS-HD Master Audio 5.1 mix, Death Wish really tries its hardest at offering an all out immersive experience for its viewers.  Boasting a very voluptuous that grabs your attention from start to finish, this release really should have been packaged with a DTS-HD MA 7.1 mix as it would have done a significantly better job with the immersion.  With that aside though, the power that roared through my front, rear, and bass channels really made it known that something serious was going to happen once we had reached that pivotal moment in the films premise.  Dialogue was spoken cleanly and clear, and everyone was able to be heard and understood without having to adjust the volume levels as it progressed.  As well as the sound effects that were used for the various action sequences that played out, as they really did a great job at conveying the overall seriousness that accompanied what was happening on screen. 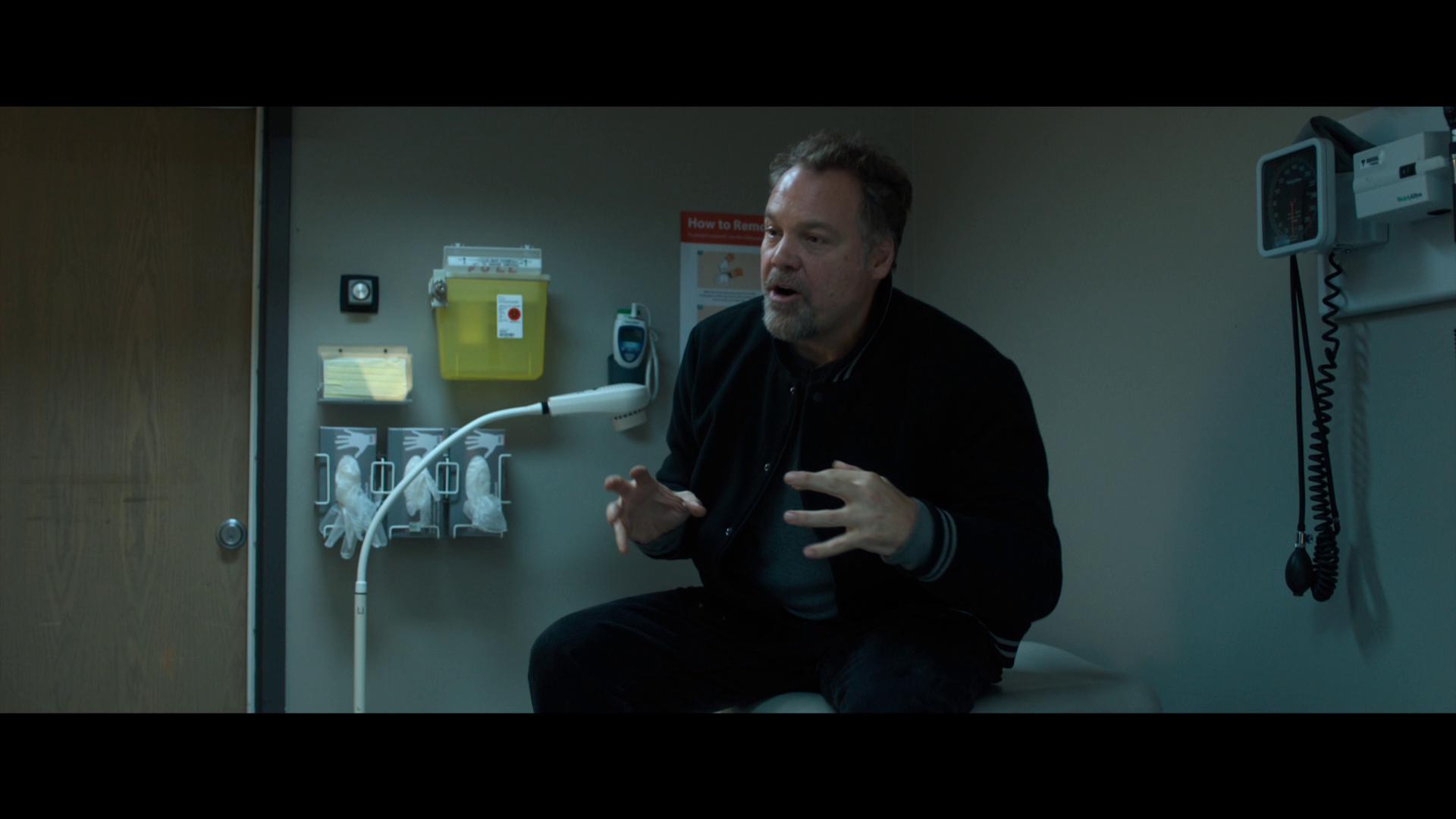 The Blu-ray release of Death Wish comes packaged in your standard two-disc Blu-ray amaray case.  Within that case is the standard Blu-ray copy of the movie, as well as the standard DVD copy; neither of those discs feature any artwork that’s related to the film outside of the standard release text that’s used to differentiate the discs from one another and considerably generic and solid colored background.  A digital copy redemption pamphlet has been included for the various streaming options, as well as a slipcover that’s been made available in the original pressing that features the same piece of artwork that’s made available on the case art. 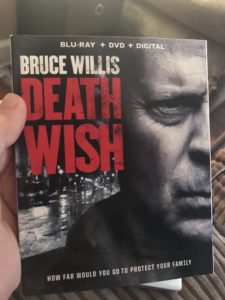 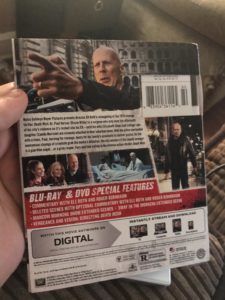 This release of Death Wish comes bundled with a handful of special features that not only allow for an extended look at the storyline, but allows for a shared experience from both Eli Roth and Roger Birnbaum as they share their experience in making this film.  Included with this release is: 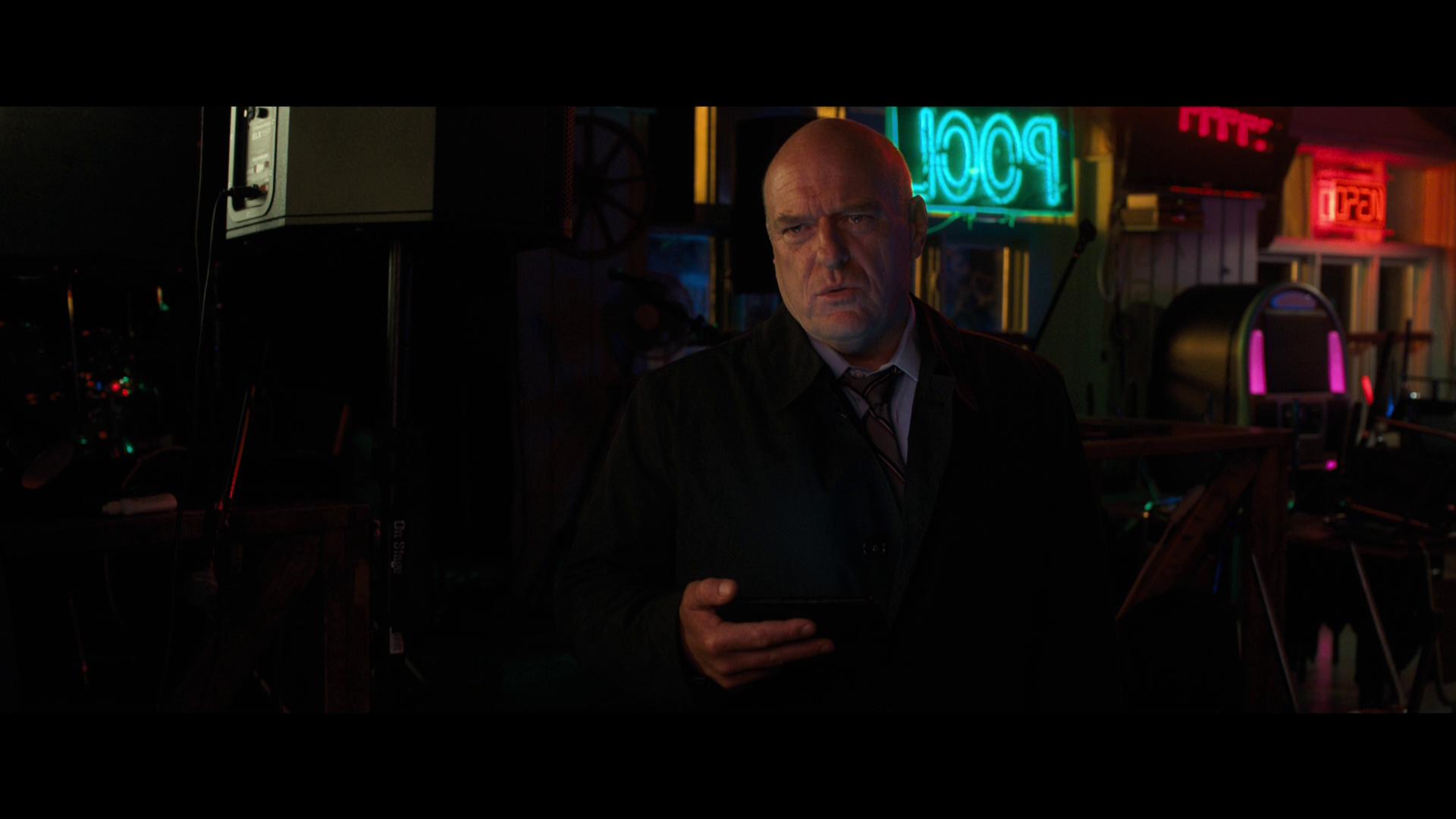 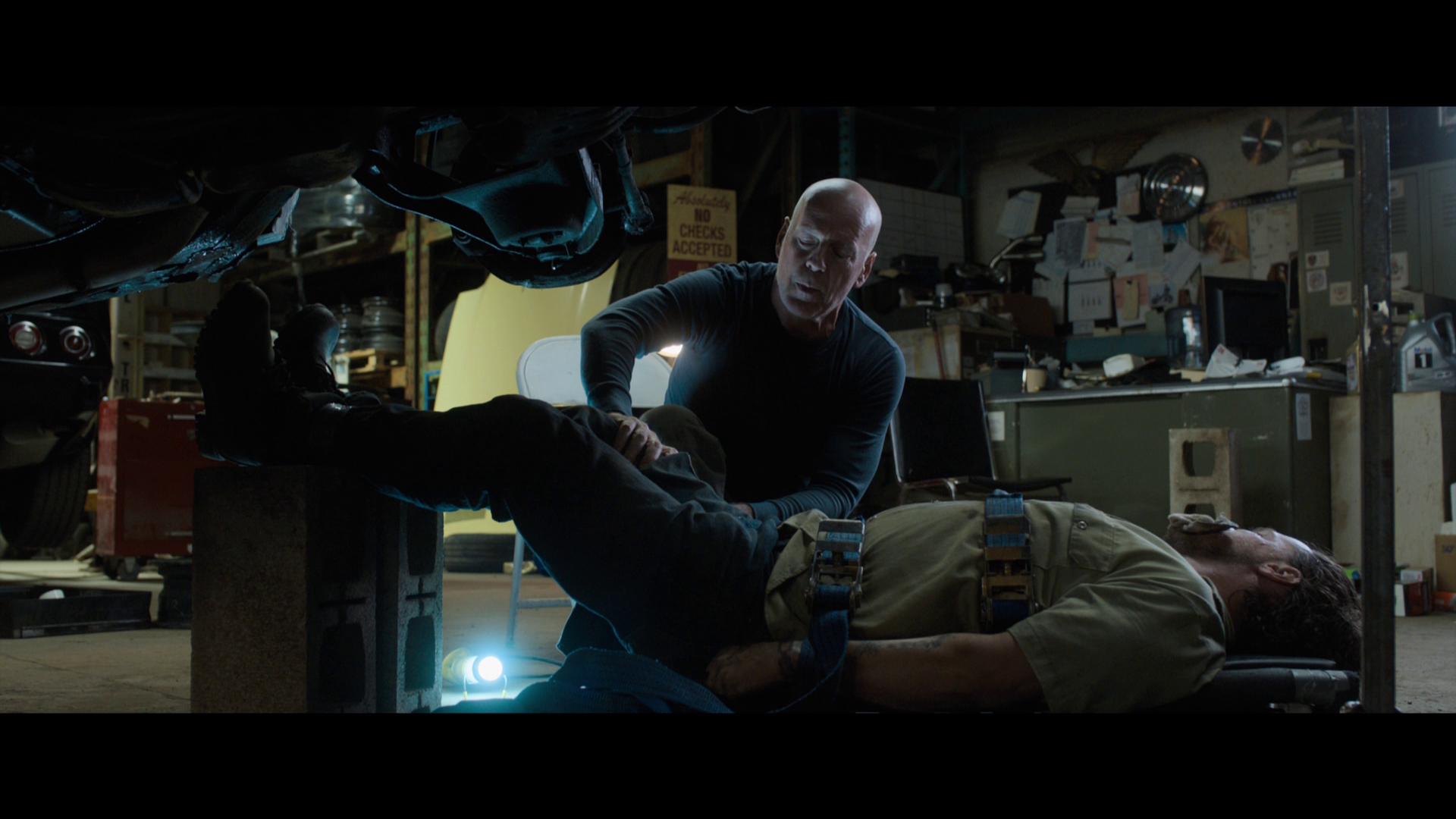 Despite all of the heavy criticism that this movie received, I personally found this remake of Death Wish to be a fun experience from beginning to end.  It seems that a lot of that negative feedback that it had received were a direct result on the critics political beliefs, and in all honesty, while people are going to believe their beliefs, and they are going to share those beliefs, it should not have any impact on whether or not you enjoyed a movie.  The audio and visual experience of this Blu-ray were absolutely fantastic and really did a great job at providing a great experience, despite the exclusion of the surround channels in the audio mix.  In fact, after sitting down with this, I’m going to be planning to pick up the earlier films for my collection to check out too.  If you’re considering grabbing this for your collection, I would definitely recommend it.  Death Wish came out onto Blu-ray and DVD earlier this month! 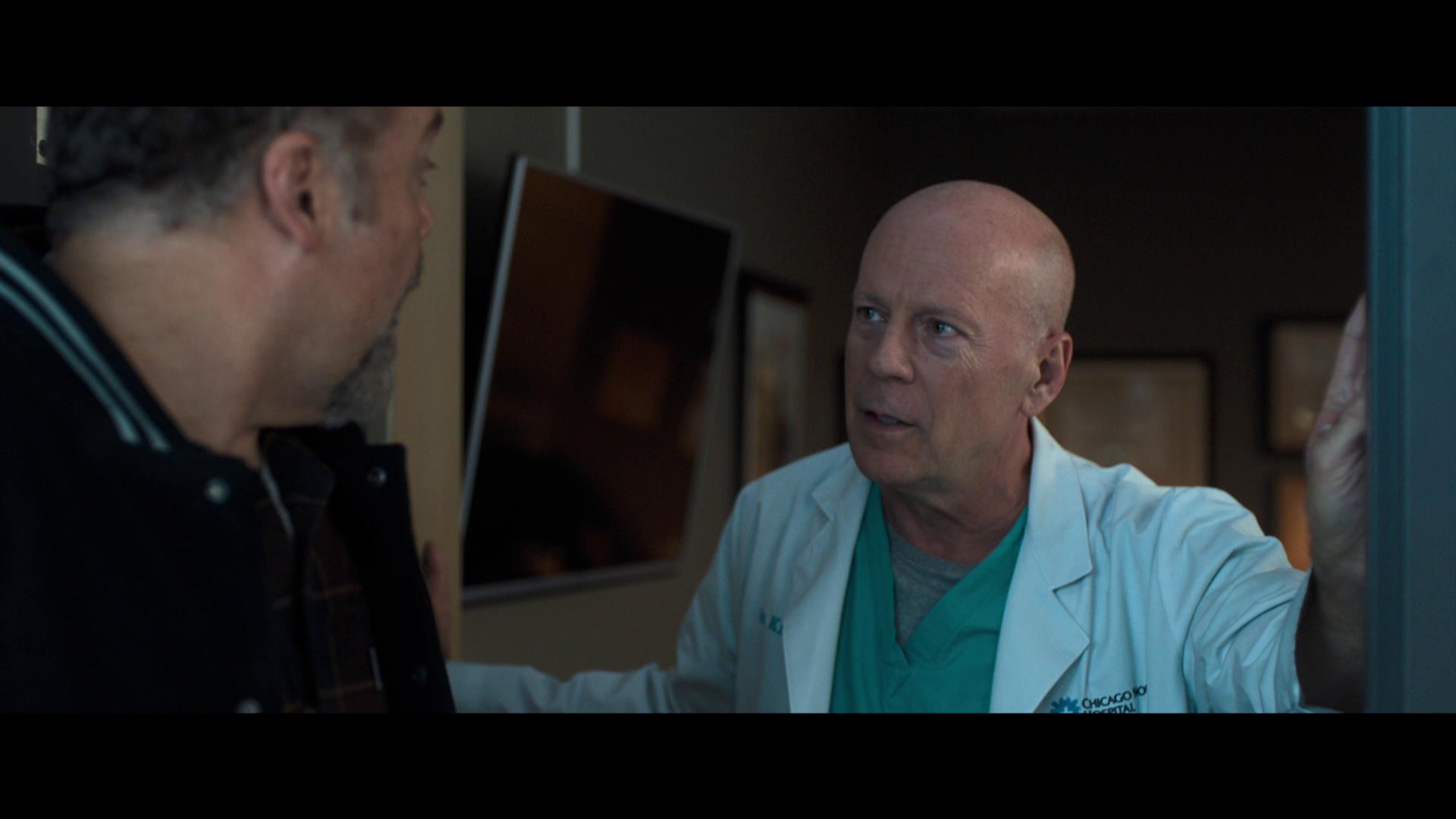