Deadpool 2 is a 2018 American superhero film that is based on the Marvel Comics character Deadpool, distributed by 20th Century Fox, it is the eleventh installment in the X-Men film series, and is a direct sequel to the 2016 film Deadpool. The film is directed by David Leitch from a script written by Rhett Reese, Paul Wernick, and Ryan Reynolds, with Reynolds starring in the title role alongside Josh Brolin, Morena Baccarin, Julian Dennison, Zazie Beetz, T. J. Miller, Brianna Hildebrand, and Jack Kesy. In the film, Deadpool forms the team X-Force to protect a young mutant from the time-traveling soldier Cable.

Plans for a sequel to Deadpool began before that film’s release, and were confirmed in February 2016. Though the original creative team of Reynolds, Reese, Wernick, and director Tim Miller were quickly set to return for the second film, Miller left the project in October 2016 due to creative differences with Reynolds and was soon replaced by Leitch. An extensive casting search took place to fill the role of Cable, with Brolin ultimately cast. Filming took place in British Columbia, Canada, from June to October 2017. During filming, stunt woman Joi “SJ” Harris died in a motorcycle accident; the film is dedicated to her memory. The film’s score is the first to receive a parental advisory warning for explicit content, and the soundtrack also includes the original song “Ashes” by Celine Dion.

Deadpool 2 was released in the United States on May 17, 2018. It has grossed over $733 million worldwide, making it the fifth highest-grossing film of 2018, as well as the third highest-grossing R-rated film and the third highest-grossing X-Men film. It received generally positive reviews from film critics, who praised its humor, performances (particularly Reynolds, Brolin, and Beetz), and action sequences, with some calling it better than the first film, although a feeling of cynicism drew some criticism. An extended cut of the film was released later in 2018. A sequel, Deadpool 3, is in development.

Deadpool 2 being the return of the foul mouthed, crass-humored “merc with the mouth” features an all new, extended cast of characters that brings more of our favorite comic book characters to the screen. Combined with the comedic gestures of both Reynolds and Brolin, this movie offers an extremely unique experience that absolutely exceeds the experiences that were had with the first film. The “Super Duper” cut of “Deadpool 2” features an additional 15 minutes of footage that will include more violence, stabbings, blood, nudity, and jokes; it really makes you wonder how they were able to fit so much in that extra 15 minutes. I can certainly tell you that it’s worth checking this cut out over its theatrical accompaniment. Also, don’t forget, there are some extra post-credits scenes with this cut of the film that absolutely should not be missed, and absolutely should not be taken seriously by any means. 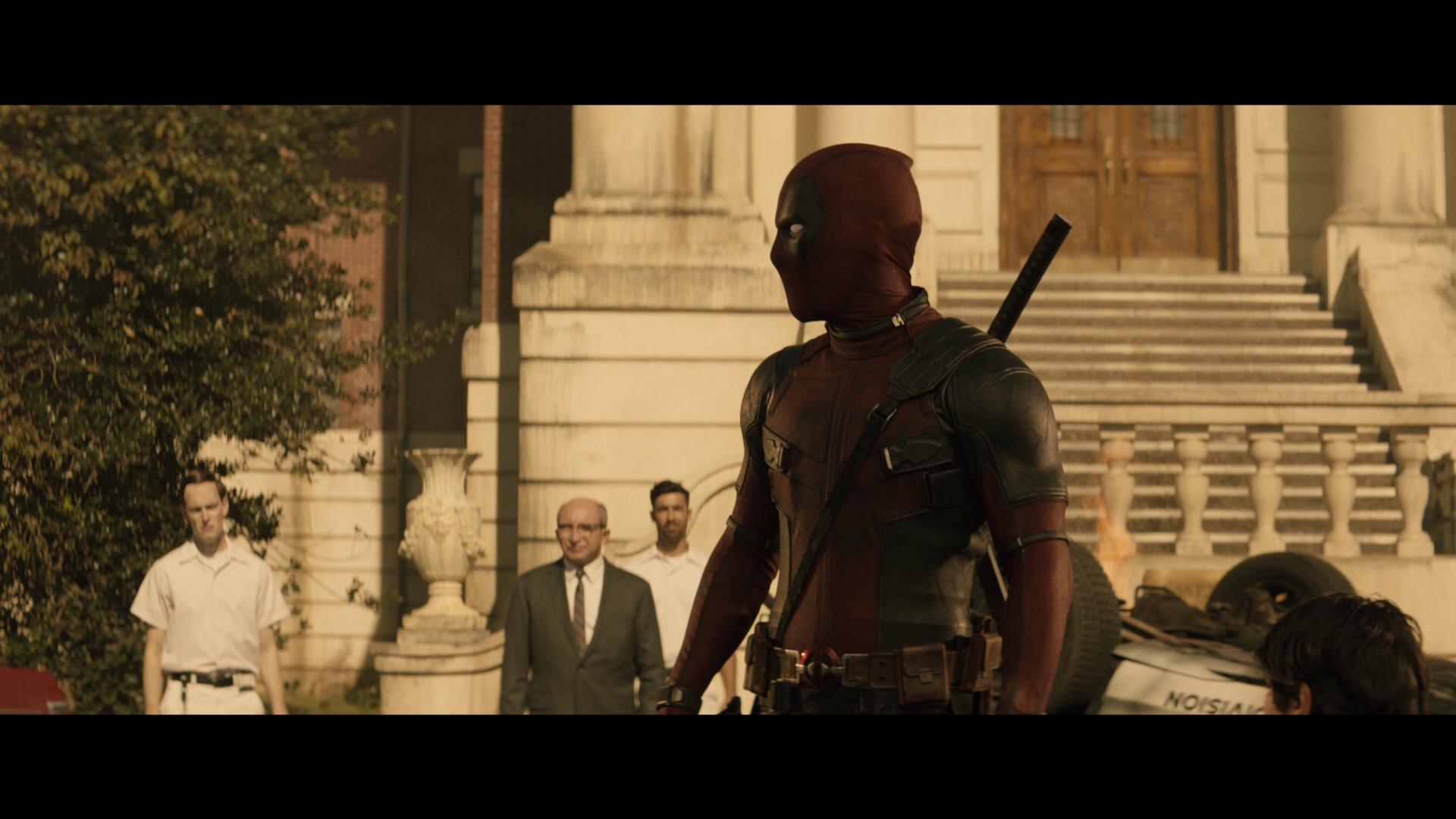 The 4K UHD release of Deadpool 2 looked absolutely phenomenal as it played out across my living room television.  Offering more of a personal look into the character itself, we’re able to see and experience more of the knitty-gritty of the violence that he embarks upon.  Everything from the blood to the various fibers that make up his suit in this release looks significantly more real, allowing audiences to really experience everything as it was meant to be.  If I were to pick a scene that would have stood out more than any others, it would definitely have to go to the scene with “pumpkin fucker” as the overall utilization of HDR on this sequence really shined and offered no distortion to the action that was about to unfold. 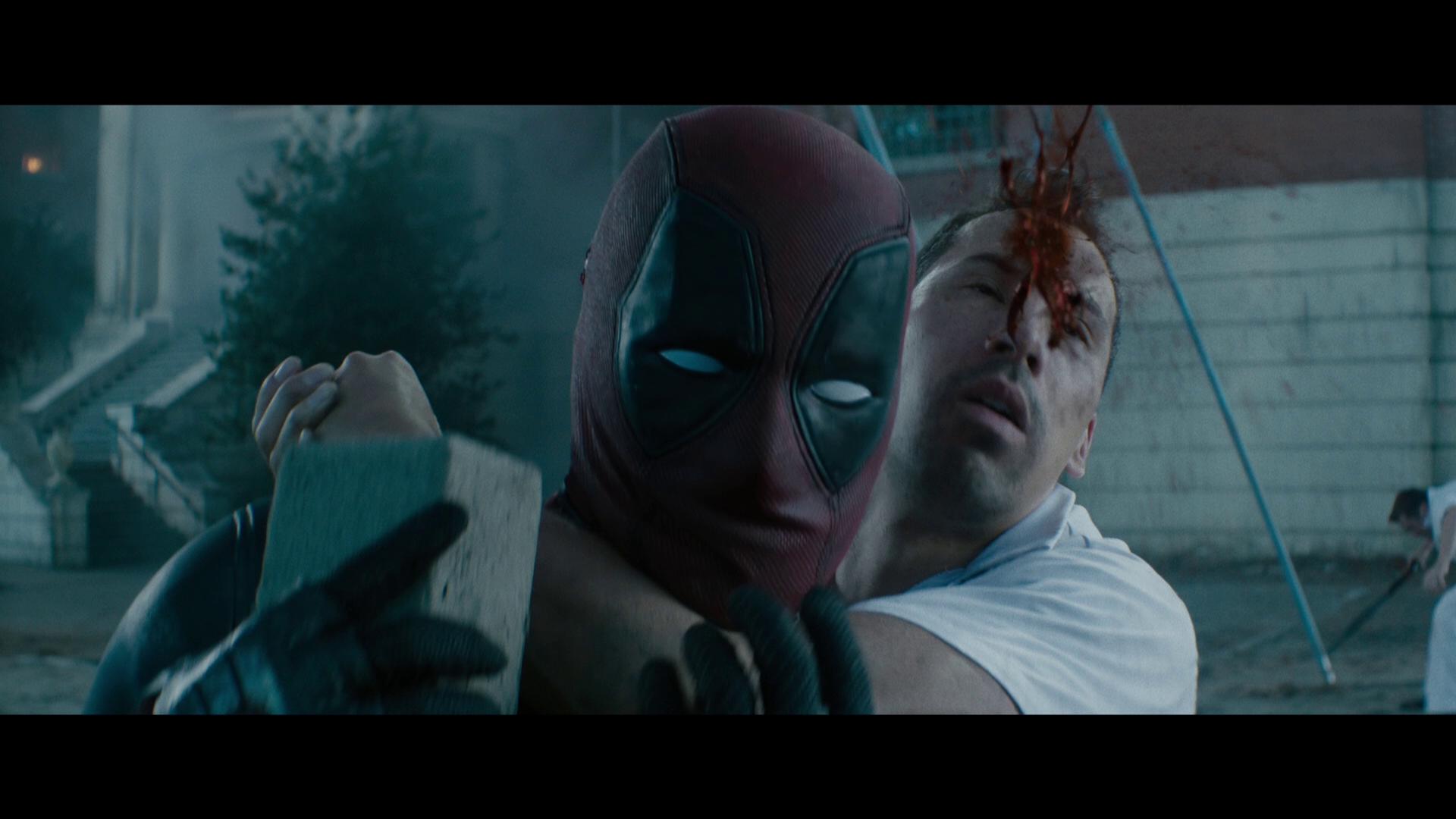 Bundled with a Dolby Atmos audio track, the 4K UHD release of Deadpool 2 offers an all out immersive experience for its viewers that are able to make use of the technology behind the track.  Making note of the camera location in relation to the audience position to the screen, the transitions from channel to channel were smooth and effortless, allowing for complete immersion.  The dialogue is spoken cleanly, allowing for everybody to be heard and understood without having to manually adjust the volume levels as the movie played onward. 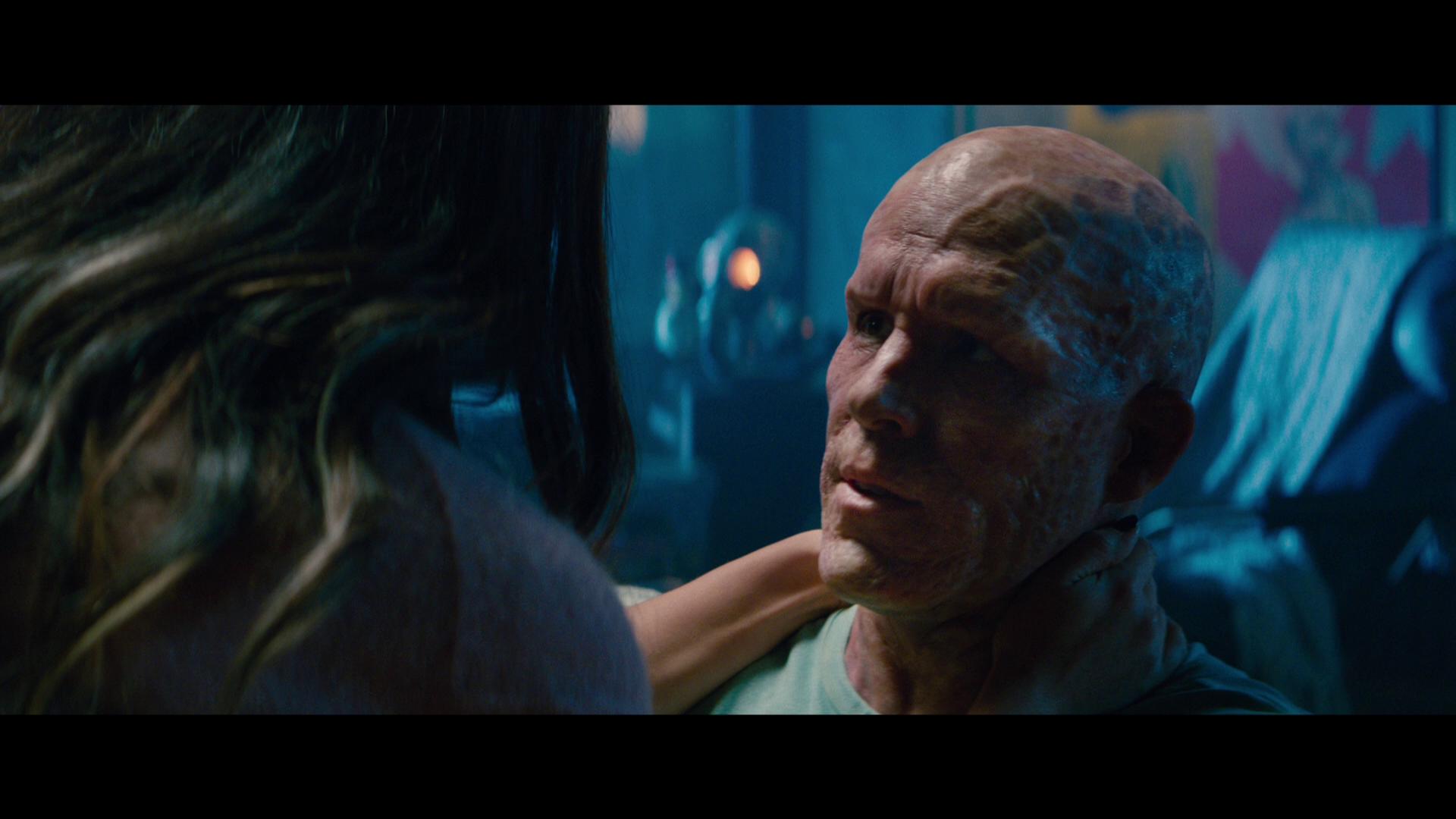 The 4K UHD release of Deadpool 2 comes packaged in a four-disc 4K UHD amaray case.  Within that case are two Blu-ray discs and two 4K UHD discs, each disc featuring either the theatrical cut of the film or the new “Super Duper” cut.  All four discs feature a different, yet slightly generic, piece of artwork that’s related to the movie and completely different from that of the case art.  There is a digital copy redemption pamphlet that’s been included for the various streaming options as well as a slipcover that’s been made available during the original pressing of the release that features the same piece of artwork that’s been provided on the case art. 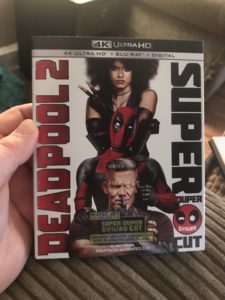 There are a damn good amount of special features that have been included with the 4K UHD release of Deadpool 2.  Not only does the content that’s been included show somewhat of a deeper look into the film and its storyline, but ultimately it shows the fun that everybody had in working together on this film. There’s also a good number of features that have been included at random, with Reynolds in character and having the gold, old-fashioned fun with the character and his crass attitude. 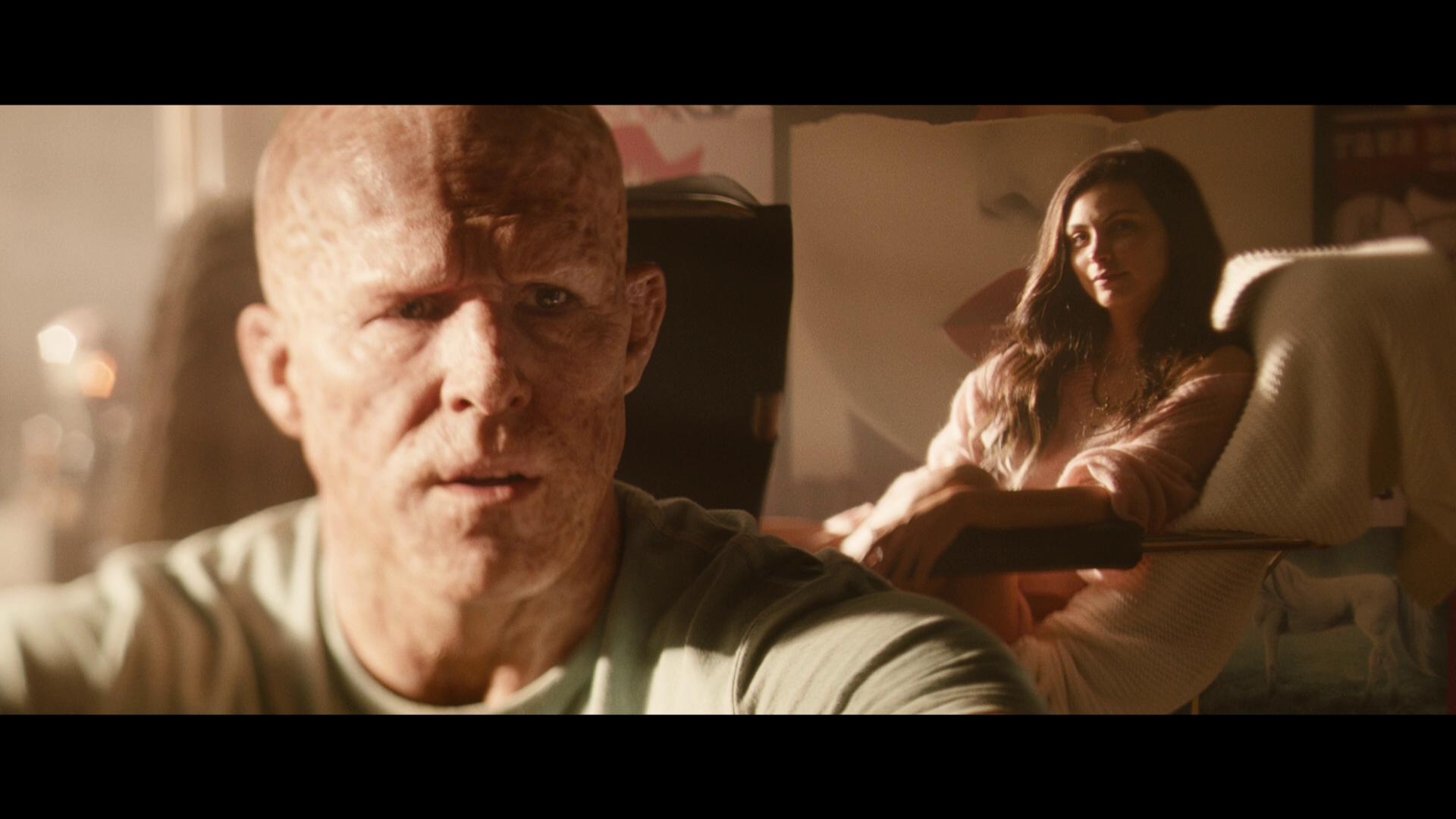 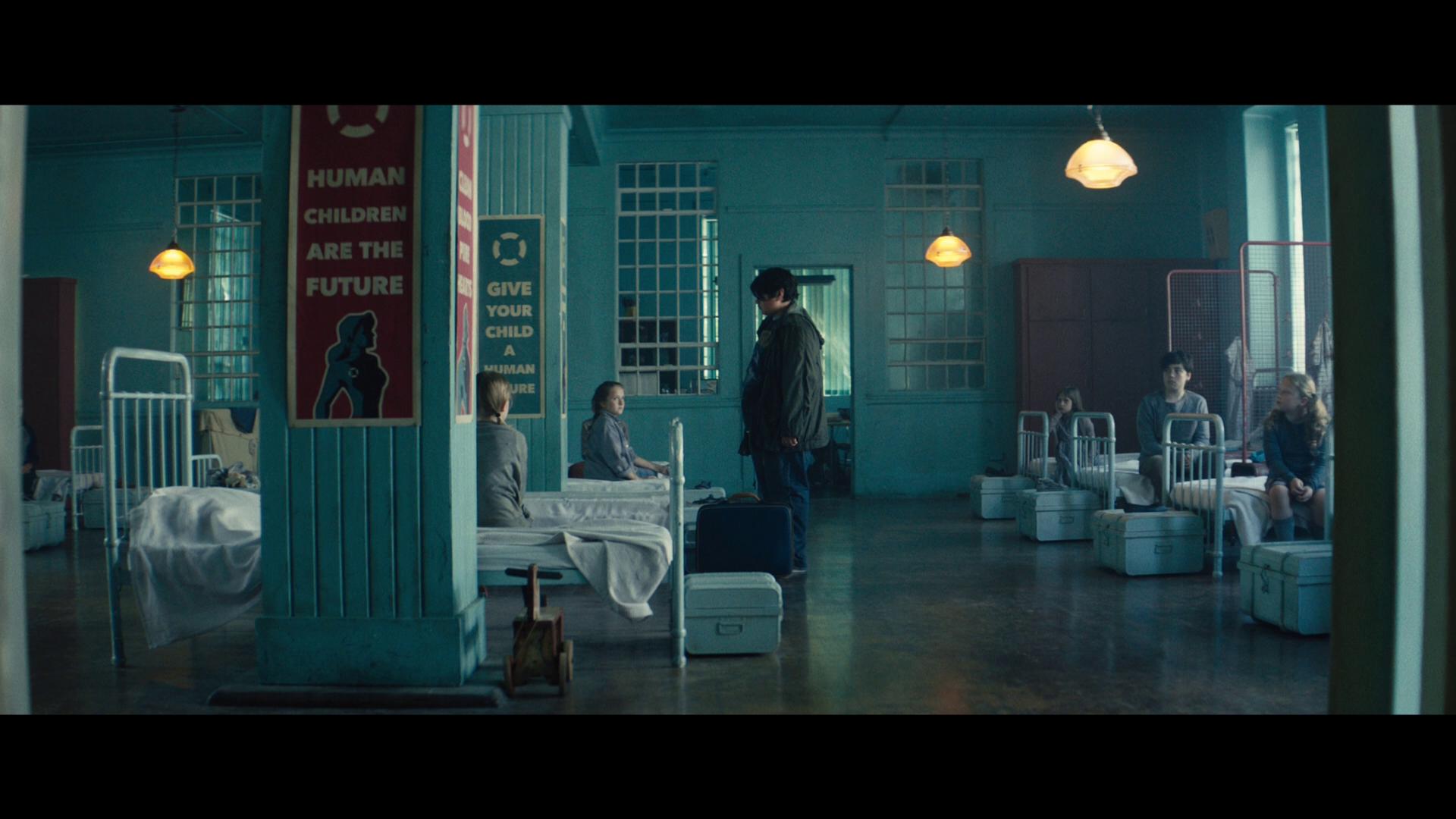 Ultimately, I thought Deadpool 2 was much better than that of the first.  Given the fact that the first film was a “test” for the character, and seeing the success that it received, I had high expectations with this release and it did not let me down one bit, even the theatrical cut of the film was fun.  The story is much more fulfilling, and the humor is much more “jabby” and fun, that my wife and I both had a really great time sitting down with this movie last night.  The visual and audio presentation of the 4K UHD release was absolutely stellar and was an experience that I will be using as a centerpiece for my home theater setup.  This release comes packed to the brim with special features and each and every single one of them should not be missed.  If you’re on the fence about picking it up for your collection, I would absolutely recommend grabbing the 4K UHD copy.  Deadpool 2 is available on 4K UHD, Blu-ray and DVD today! 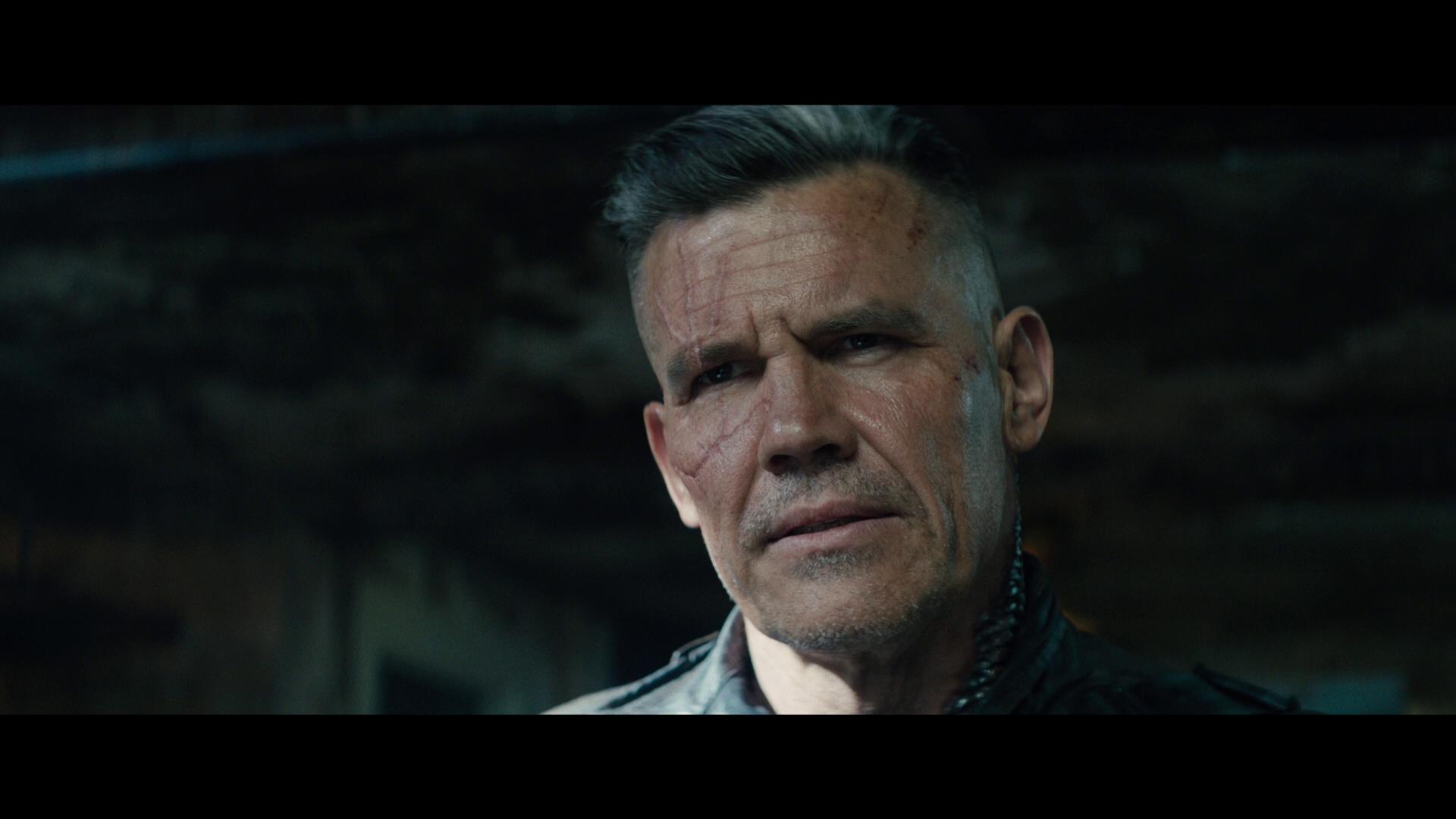