Dead Love  is a romantic horror film written and directed by Chris Gallagher. The film stars Grayson Low as Brandon, a man whose mother recently passed. Nicole Elizabeth Olson as Fiona, a worker at a funeral home with strong feelings for Brandon. Kate Linder as Katarina, Fiona’s older loving sister who also works at the funeral home. And Bob Buckley as Lassiter, Katarina’s husband and mortician. Dead Love has a strange view on love. 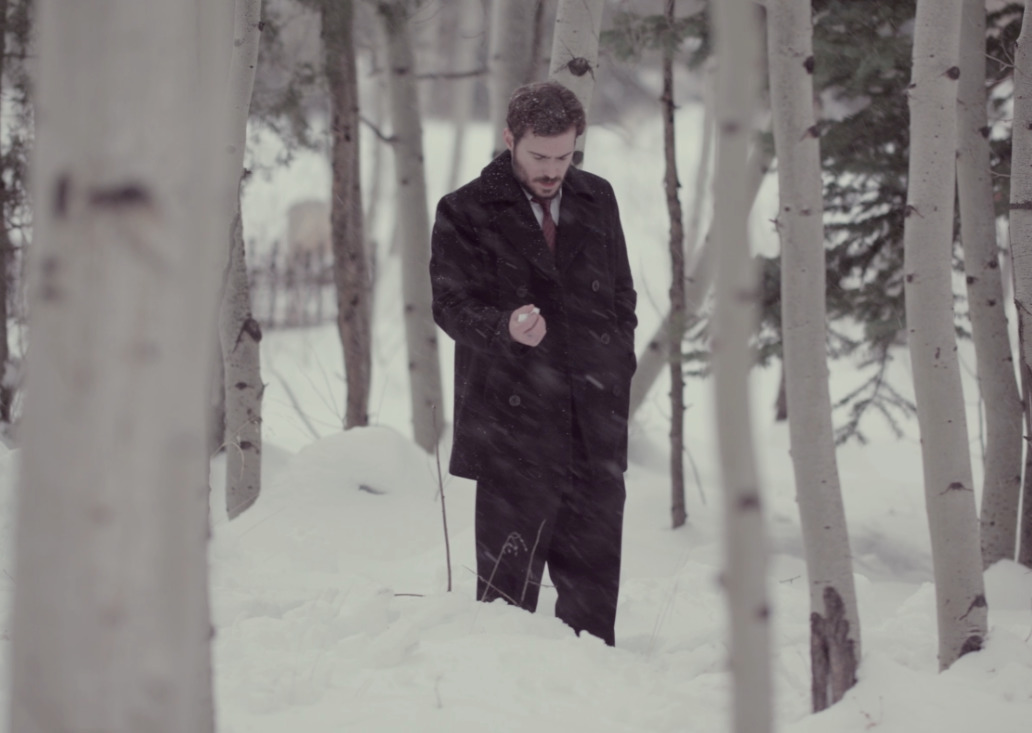 The plot follows Brandon(Low) whose mother recently passed away. Her body is at the funeral home run by Fiona(Olson) and Katarina(Linder). Fiona finds the suicide note from Brandon’s mother. Fiona falls in love with Brandon and tries to win him over. Lassiter(Buckley) tries to interfere as he has fallen in love with Fiona and wants her for himself.

There will be spoilers because in order to discuss a lot of the stranger plot points. Early parts of the film just come off as creepy. Fiona doesn’t give Brandon the suicide note till much later in the film. She seems to pick Brandon because his mother is dead. Her sister, who sells Brandon the coffin for the funeral, seems to push her sister into chasing this relationship. This continues as Fiona goes between a seemingly sweet girl and a manipulative cold blooded monster. She seems to be taking advantage of a young man grieving. This film seems to be a bizarre and unhealthy love story. An hour into the film the supernatural interjects itself into this unhealthy love story. Fiona reveals that she, Katarina and Lassiter are immortals thanks to a bizarre ritual. Brandon finds out that she began to process of turning him immortal by feeding him parts of herself and his dead mother. He reacts like any sane person would and freaks out. The ending of the film is extremely well done with an ending that feels truly hopeless and dark. 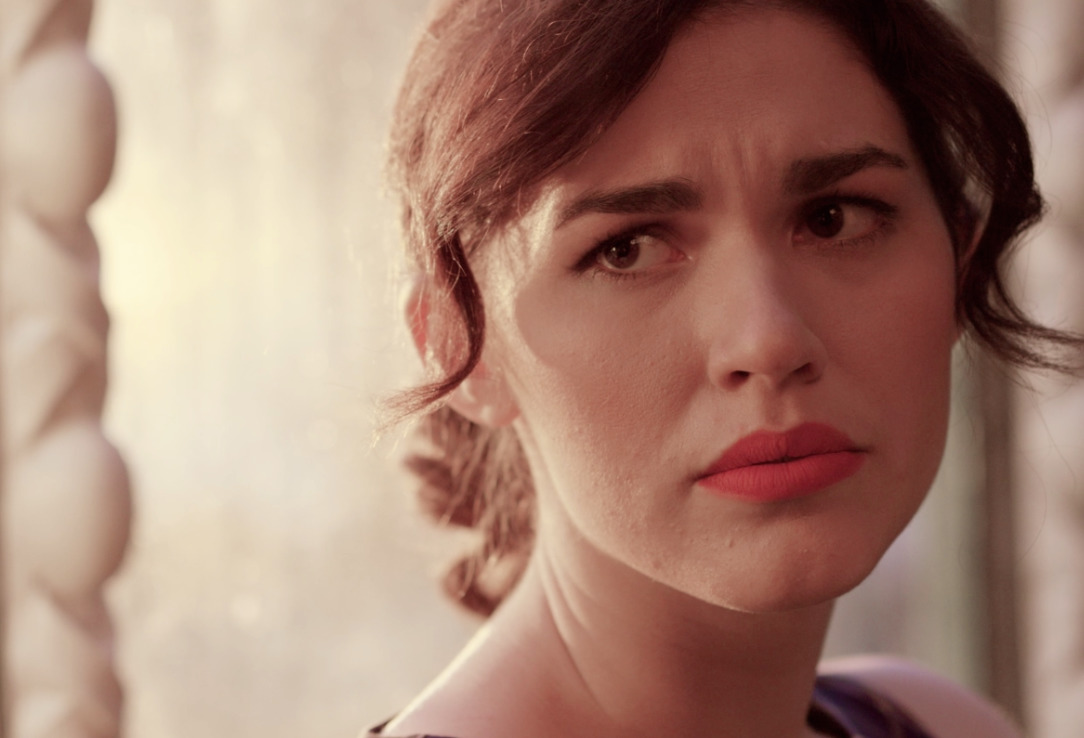 The acting is very strong in the film. The four main characters are played well, with Buckley’s Lassiter being particularly creepy. The film mostly focuses on the four characters, with each pulling the weight of the film. Low and Olson carried most of the film, each doing a fantastic job. Along with the great acting is the use of color early on in the film. The past was shown with vibrant bright colors, while the present was muted colors. Overall the cinematography added to the film and the story told within the film.

Some Extra Thoughts: Fiona comes off as extremely creepy and manipulative. A lot of musical numbers, they are well done but a few feel out of place. Brandon has multiple dreams of his death. Brandon finds out his mom smoked pot from a box in her dresser. Brandon also found his mother’s sex toy. He then shares that information with Fiona. The dinner is extremely awkward. Lots of red herrings in the dialogue, hinting at different twists. Something noticeably off from the start, a feeling that some reveal is coming. 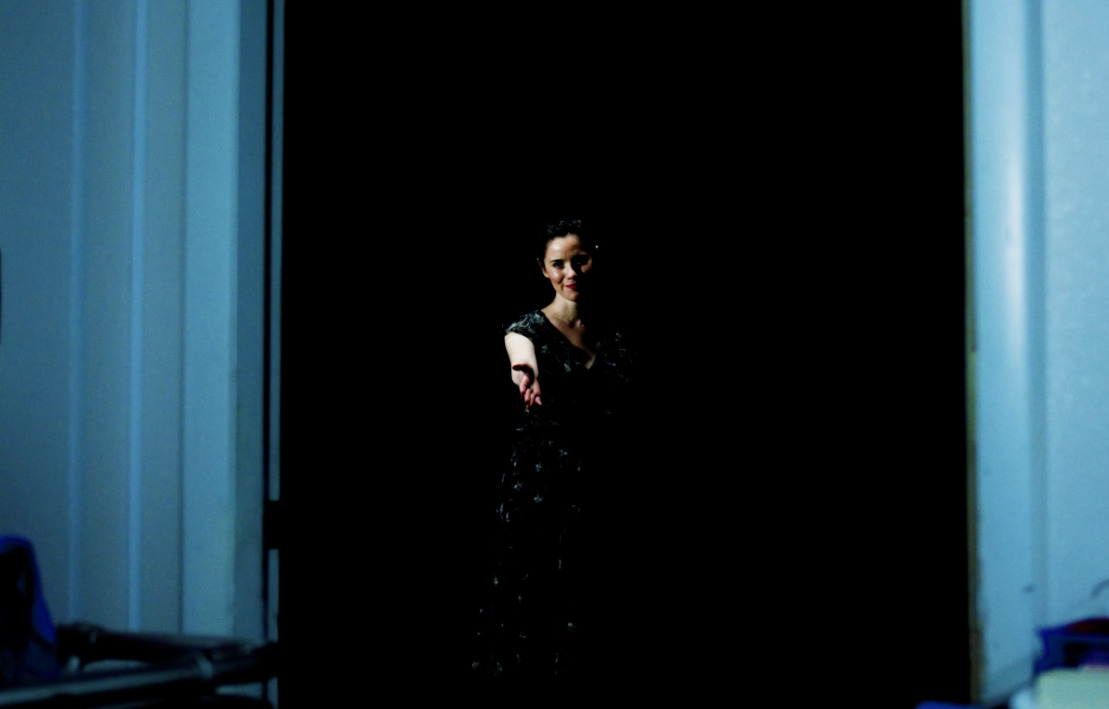 This film has great audio. Sound quality for dialogue is good. Ambient music is extremely strong, fitting each scene nearly perfectly. This film goes above and beyond in terms of audio with a few songs snag by characters throughout the film. It isn’t a musical and some of the breaks for song feel out of place in the film, but the songs themselves are amazingly well done. Olson and Low both have songs and each perform their songs extremely well and really add to the film. Grayson Low in particular does a fantastic job with the music. The songs are interwoven with the story making them all the more important to the film. Both actors knock it out of the park with the music.

Dead Love is an interesting picture to say the least. The twist helps tie the film together, but getting there is the issue. A lot of the film is spent waiting for some sort of twist. When the twist comes it is worth the wait and the film is overall a good story with some songs and a twist worth the wait.