Darkman II: The Return Of Durant is a 1995 American superhero action film that was directed by Bradford May and is a direct-to-video sequel of Darkman. The series creator, Sam Raimi served as executive producer on this film and is followed by a further sequel titled Darkman III: Die Darkman Die.

This film follows scientist Peyton Westlake as he has re-located to an abandoned building that is connected to an abandoned subway track, and he continues his work on his synthetic skin cell formula, funding his research by “taking donations” from the criminals that he has thwarted. His synthetic skin still has a 99-minute timeframe before the light cells cause it to break down, and he continues to look for a way to solve the problem.

In 1999, The Return of Durant was released on DVD. Its bonus content included production notes, cast and crew biographies, a theatrical trailer, and web links. Later, on August 7, 2007, all three films were released in a box set by Universal Studios Home Entertainment. Again, in 2014, TGG Direct re-released the second film onto DVD and on November 7, 2017, Shout! Factory released a Special Edition Blu-ray of the film, featuring an all new audio commentary with director Bradford May. 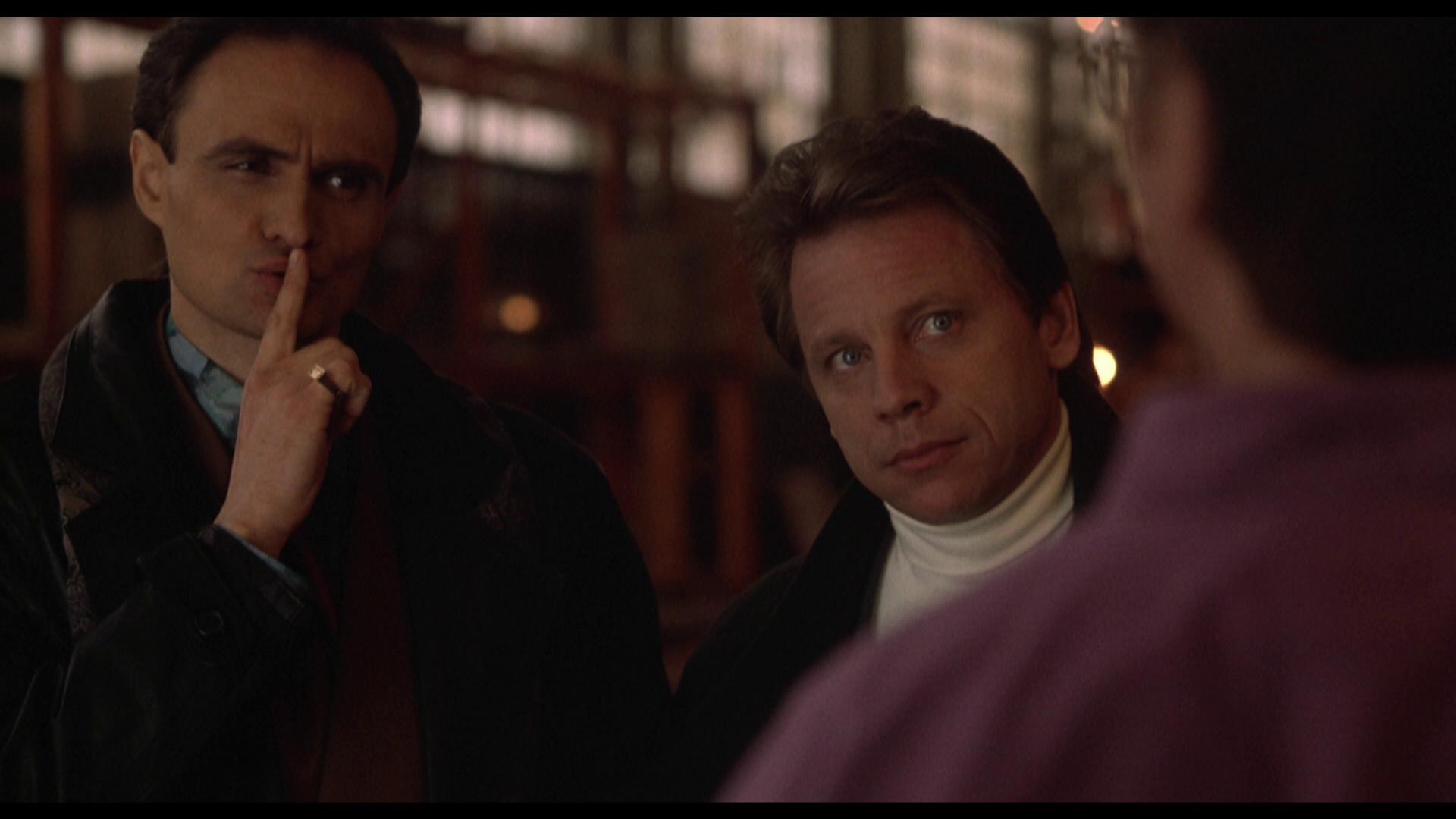 Unfortunately, Darkman II: The Return Of Durant is the beginning of the downfall of the series.  While the feature does carry the story onward as Dr. Westlake continues his scientific tests for the synthetic skin and features a decent amount of the corny action sequences that we loved in the first film, but in all reality, this second film did not need to be made.  This film and the third film could’ve been combined to finish the story off. 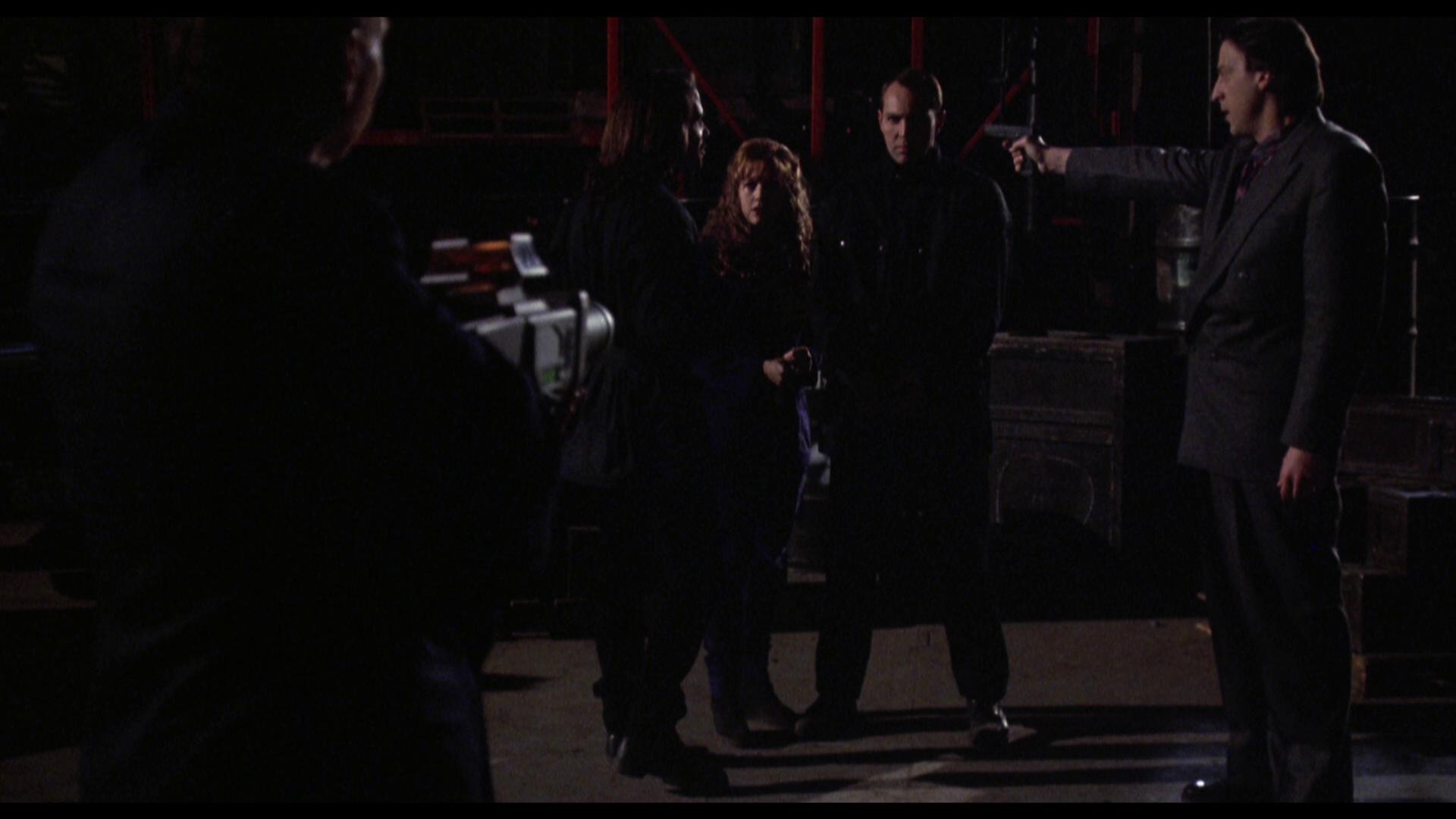 Even on their less popular titles, Scream Factory continues to not disappoint in the work that they put into making a release available to people.  Darkman II: The Return Of Durant looked really damn good as it played out across my movie room television, being able to clearly see and understand everything as the movie played onward; I was able to really gain an appreciation for the work that the restoration crew put into this release.  Even in the lower-lit scenes, I was able to see everything clearly and understand what was happening without any additional focus required. 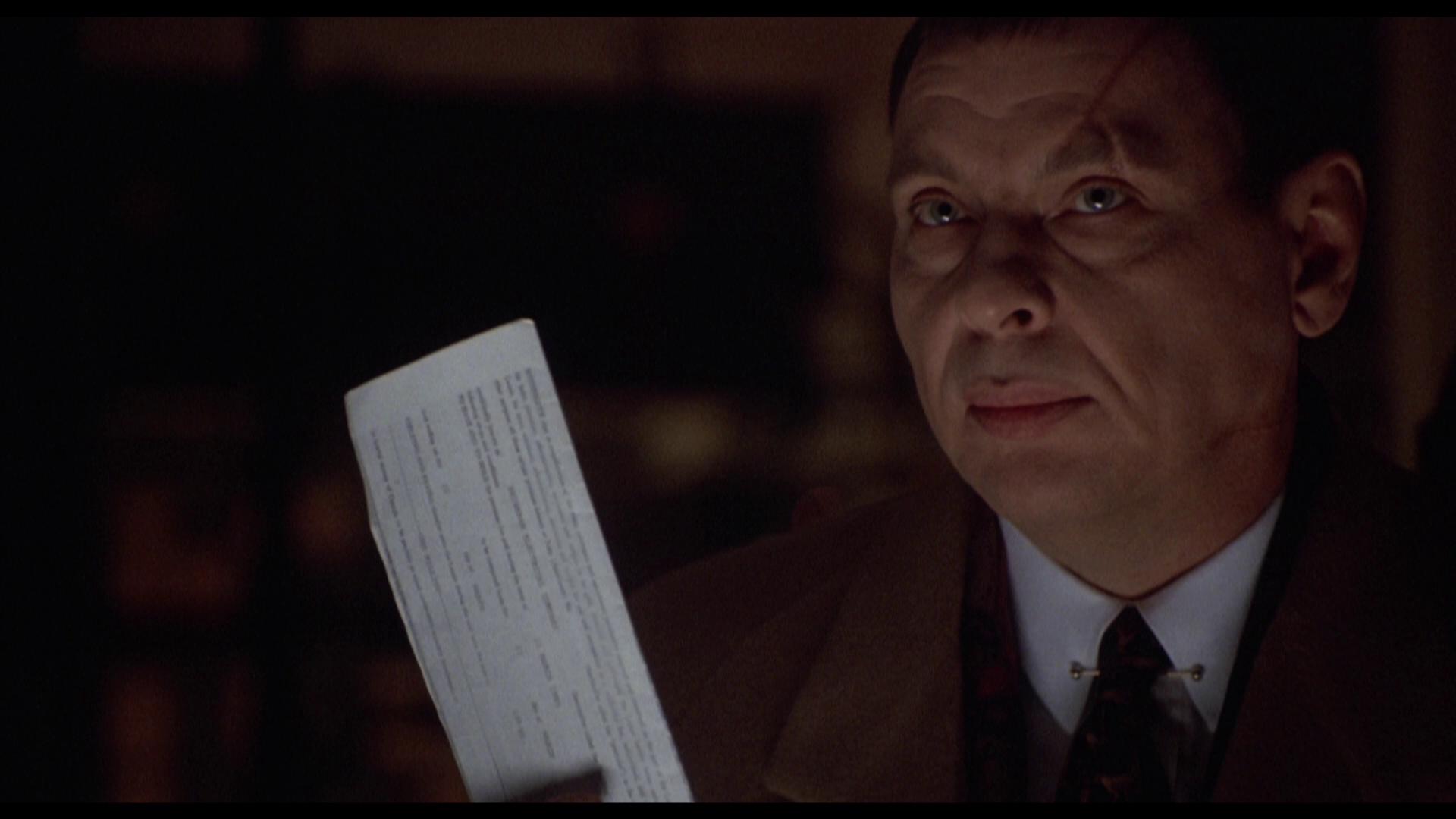 Packaged with a DTS-HD Master Audio Stereo audio track, Darkman II: The Return Of Durant offers an extremely clean and clear audible experience for its viewers.  While the track is not immersive by any means, and you can tell that those who worked on it didn’t really put a lot of work into the audio track, the cleaned up audio does offer a slight original feel that I had when I first watched this film years ago.  Personally speaking though, I would’ve loved to have seen an optional 5.1 audio track available with this release.  It may have not been possible from the source material, or that they didn’t want to put too much more work into the release of a lesser known title; it is hard to say.  But, the sound quality of this release was clean so I can’t really complain all that much. 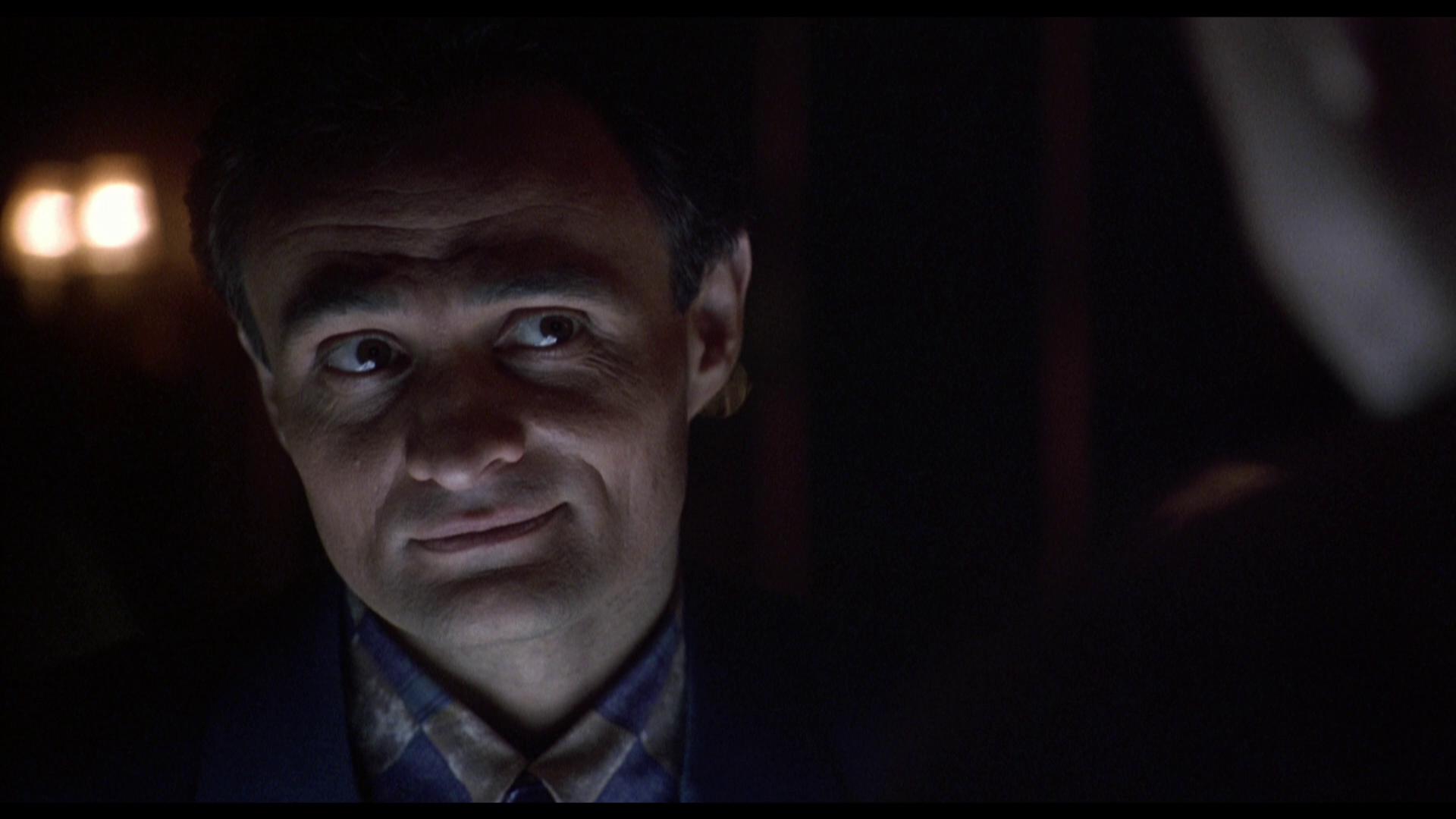 Darkman II: The Return Of Durant comes packaged in your standard single-disc Blu-ray amaray case.  Inside that case is the standard Blu-ray copy of the film; the disc featuring artwork that is relative to the film and varies from the art of the case.  Unfortunately, this Scream Factory release does not feature a reversible case art like most do, but the newer case art does a great job at encompassing the film at hand.  There are no DVD copies of the film included nor are there any digital copy redemption pamphlets.  There are no slipcovers available with this release. 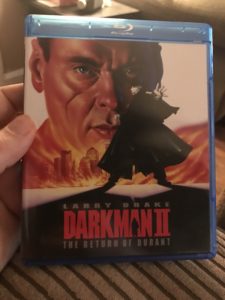 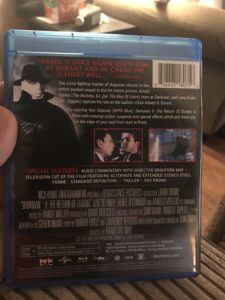 The Blu-ray release of Darkman II: The Return Of Durant is unlike any other Scream Factory release that I’ve personally had the pleasure of experiencing.  I say that loosely because while there are some additional features that have been provided, they are pretty minimal and offer little to no insight into the work that went into making the film available, both past and present.  Included in this release is: 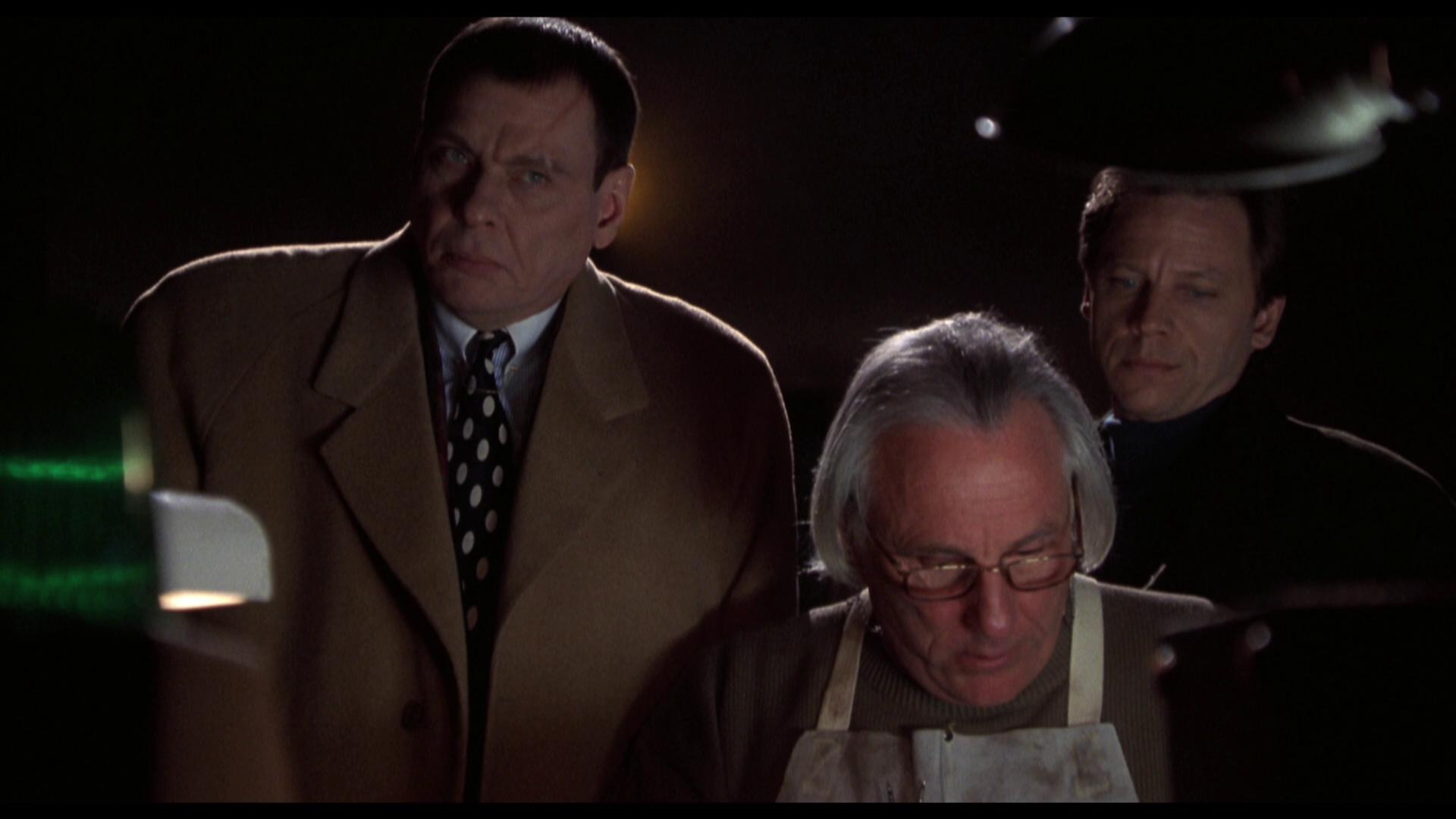 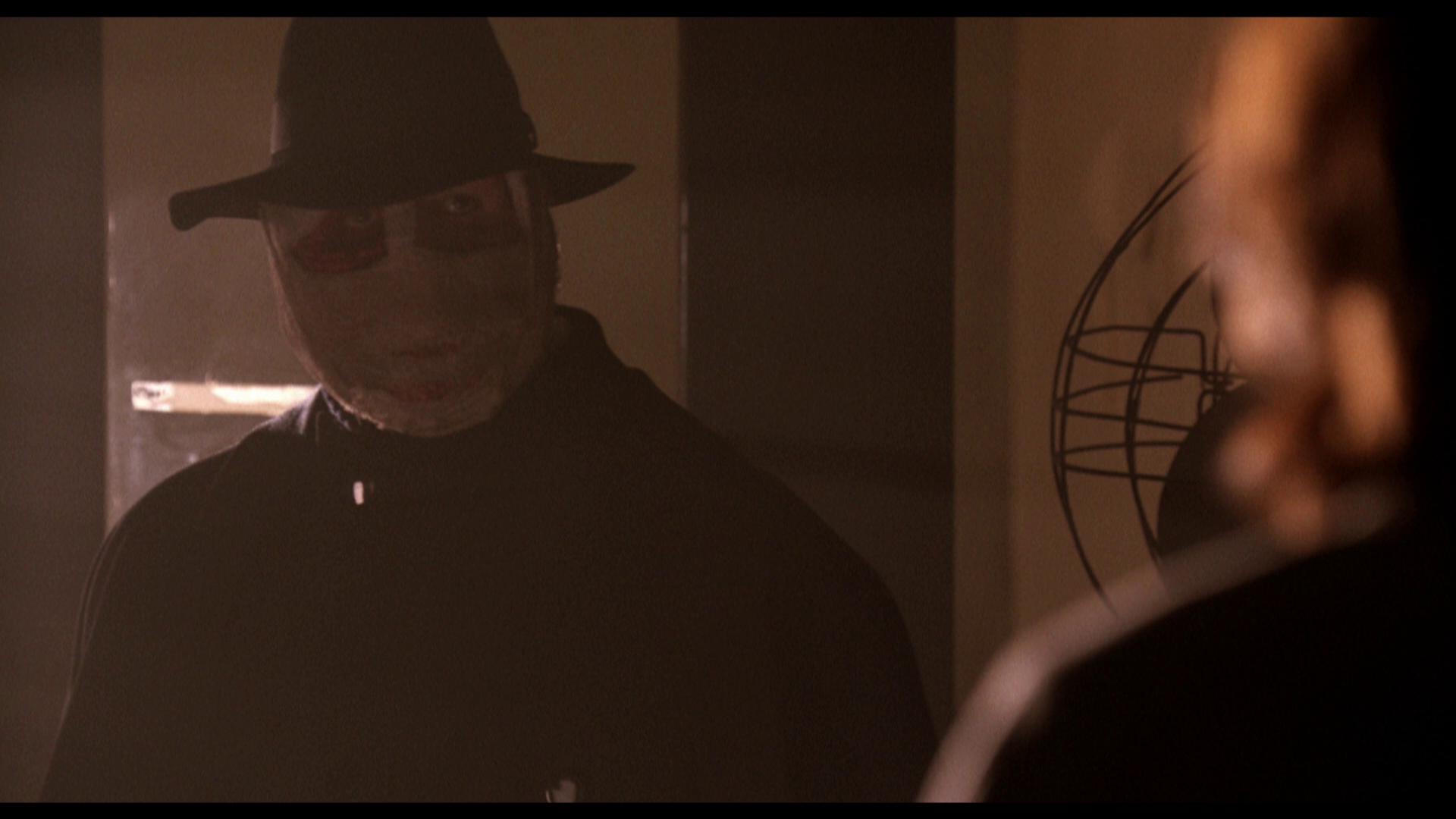 Generally speaking, I’m really glad that I did pick up Darkman II: The Return Of Durant on Blu-ray as it was another step into the direction of completing the trilogy on Blu-ray.  Sadly, the film itself is a completely unnecessary release, even in its original form as the second and third films could’ve been combined to make an even better finale to the character.  The overall visual and audible presentation of the Blu-ray release were really nice, the picture quality was right up to the standards that I would’ve expected for a Scream Factory release.  However, the audio track left more to be asked for, despite being clean and clear.  There are some nice special features that have been provided, however they aren’t even close to being on par with the standard Scream! Factory release.  If you’re considering grabbing this release for your library, while I would definitely recommend it, I’d highly recommend waiting for it to go on sale. 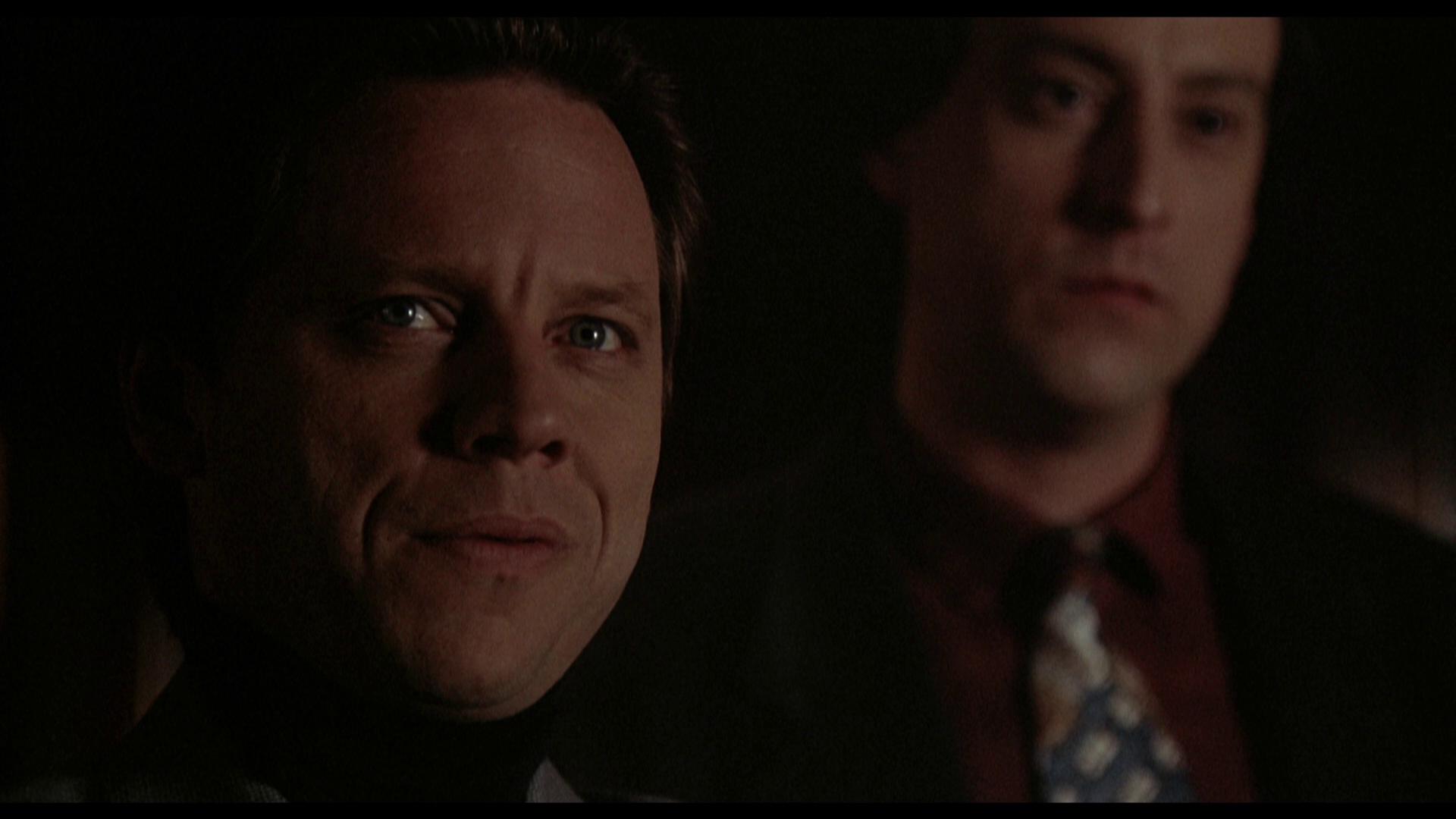