Dark Crimes (stylized as DAЯK CRIMES; or also known as True Crimes) is a 2016 detective drama film that was directed by Alexandros Avranas and written by Jeremy Brock. It is based on David Grann’s article titled True Crime: A Postmodern Murder Mystery, about a convicted murderer, Krystian Bala, published in 2008 by “The New Yorker”. The film stars Jim Carrey, Agata Kulesza, Charlotte Gainsbourg, Kati Outinen, Zbigniew Zamachowski, and Marton Csokas, and follows a detective who notices similarities between a cold case murder and a best-selling novel.

Principal photography for the film began on November 12, 2015 in Krakow, Poland. It held its premiere at the Warsaw Film Festival on October 12, 2016. Saban Films gave the film a limited theatrical release in the United States on May 18, 2018. The Lionsgate Films home entertainment division, Lionsgate Unlocked, is scheduled to release Dark Crimes onto Blu-ray and DVD on July 31, 2018. On May 21, 2018, the company revealed a new trailer for the film to promote the home video release. This movie is Jim Carrey’s first straight-to-video feature film release. 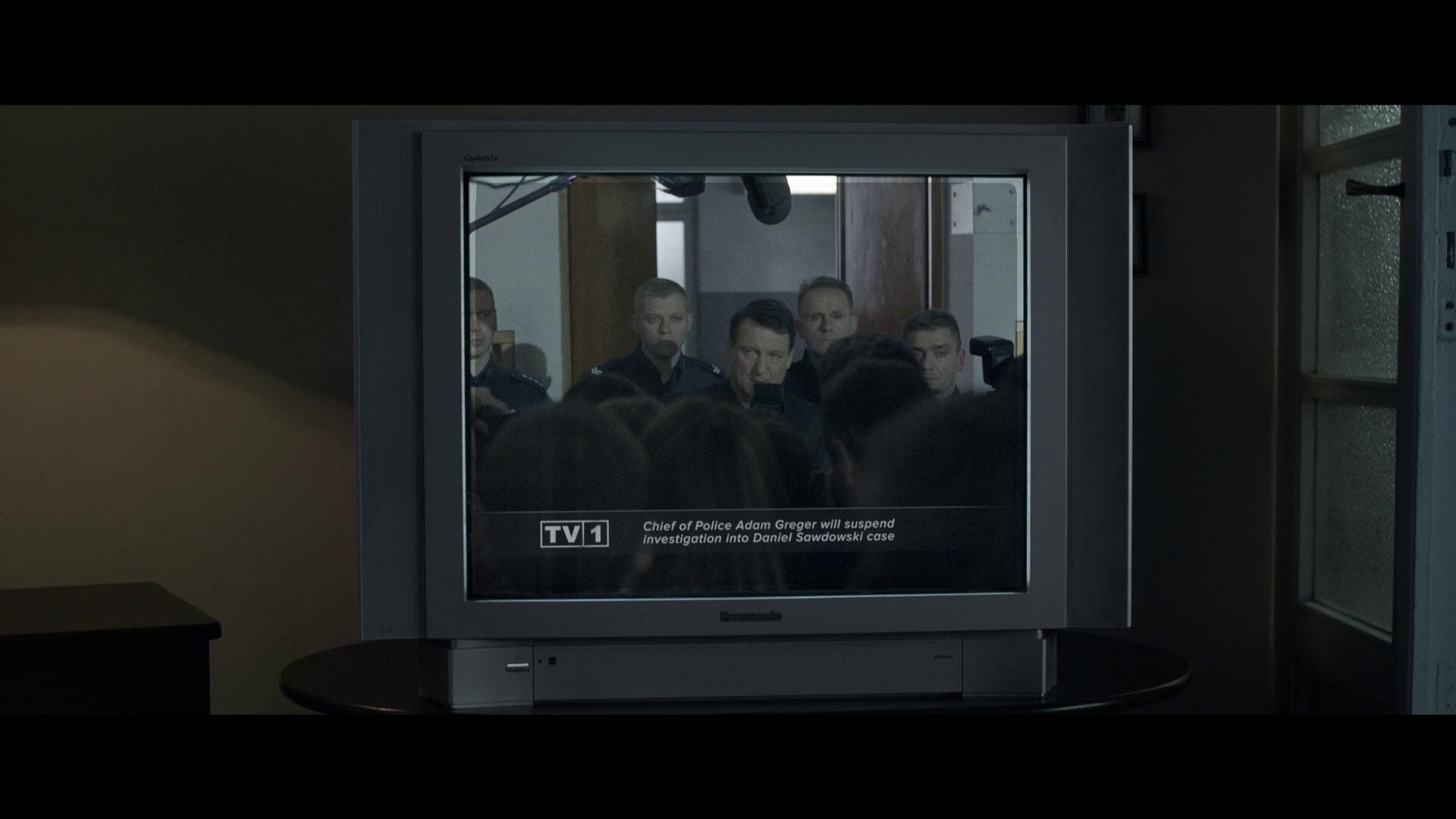 Dark Crimes provides audiences with a considerably unpleasant tale that is enough to not only keep you on the edge of your seat, but it also has you questioning exactly what is unfolding before your eyes. Based on the compelling true story, the performance of Jim Carrey is more serious than his role in The Number 23 and creepy enough to send chills down your spine. There were moments that made the entire series of events feel rather uneventful; but, once the basic foundation was built and we had an idea of what was happening, things get really good. 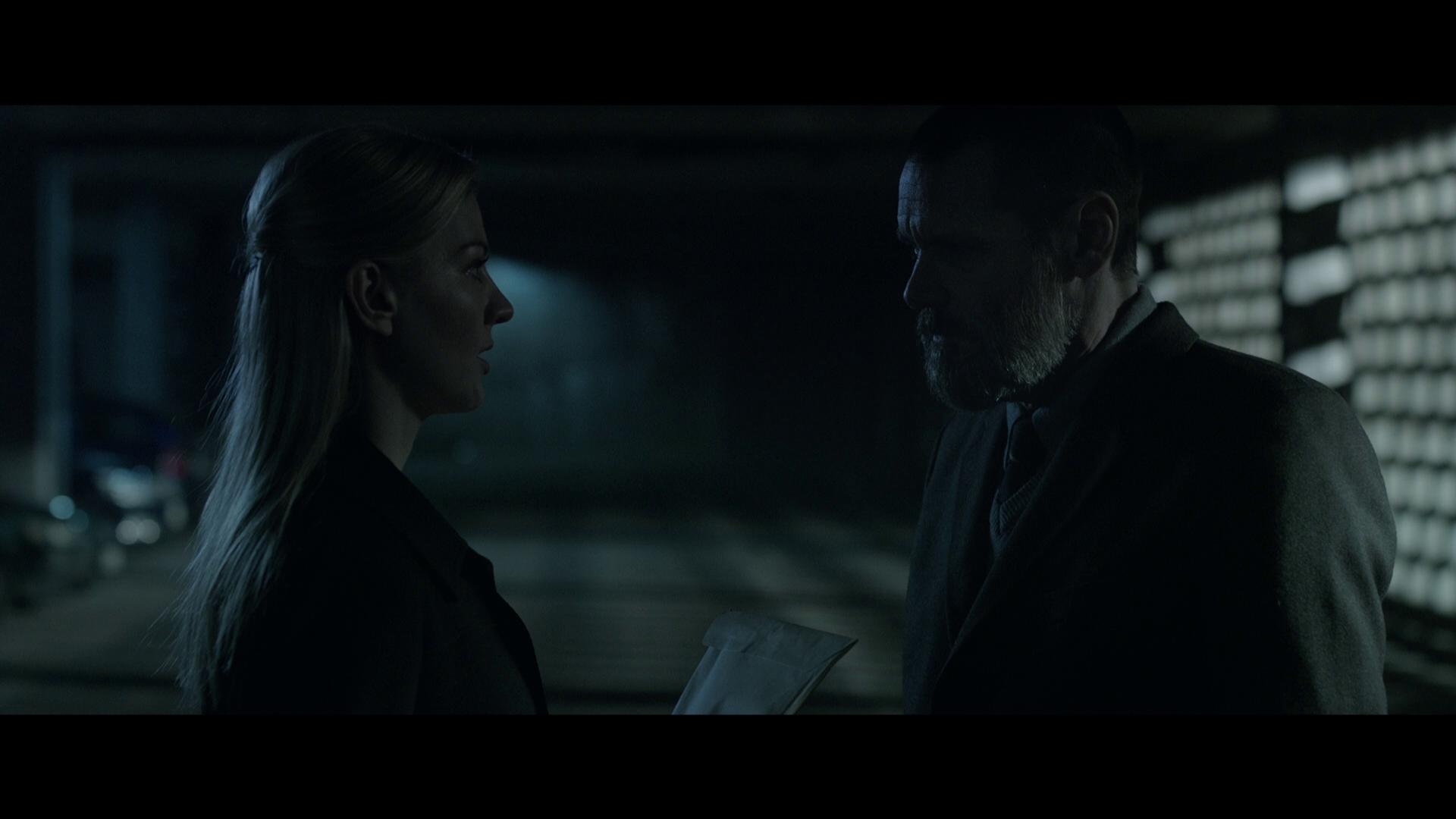 Dark Crimes is a considerably dark film that uses its lighting levels to portray that creepy factor.  That said, there are a handful of moments that require some additional focus and slight squinting to really see what is going on due to the lack of ambient lighting.  The overall grey undertones that accompany the film nicely play into the creepiness factor of the film and really do a number in making you question the sanity of everybody involved.  Other than the moments that were slightly difficult to see or understand, everything else was cleanly presented and really offered an “on-par” visual performance. 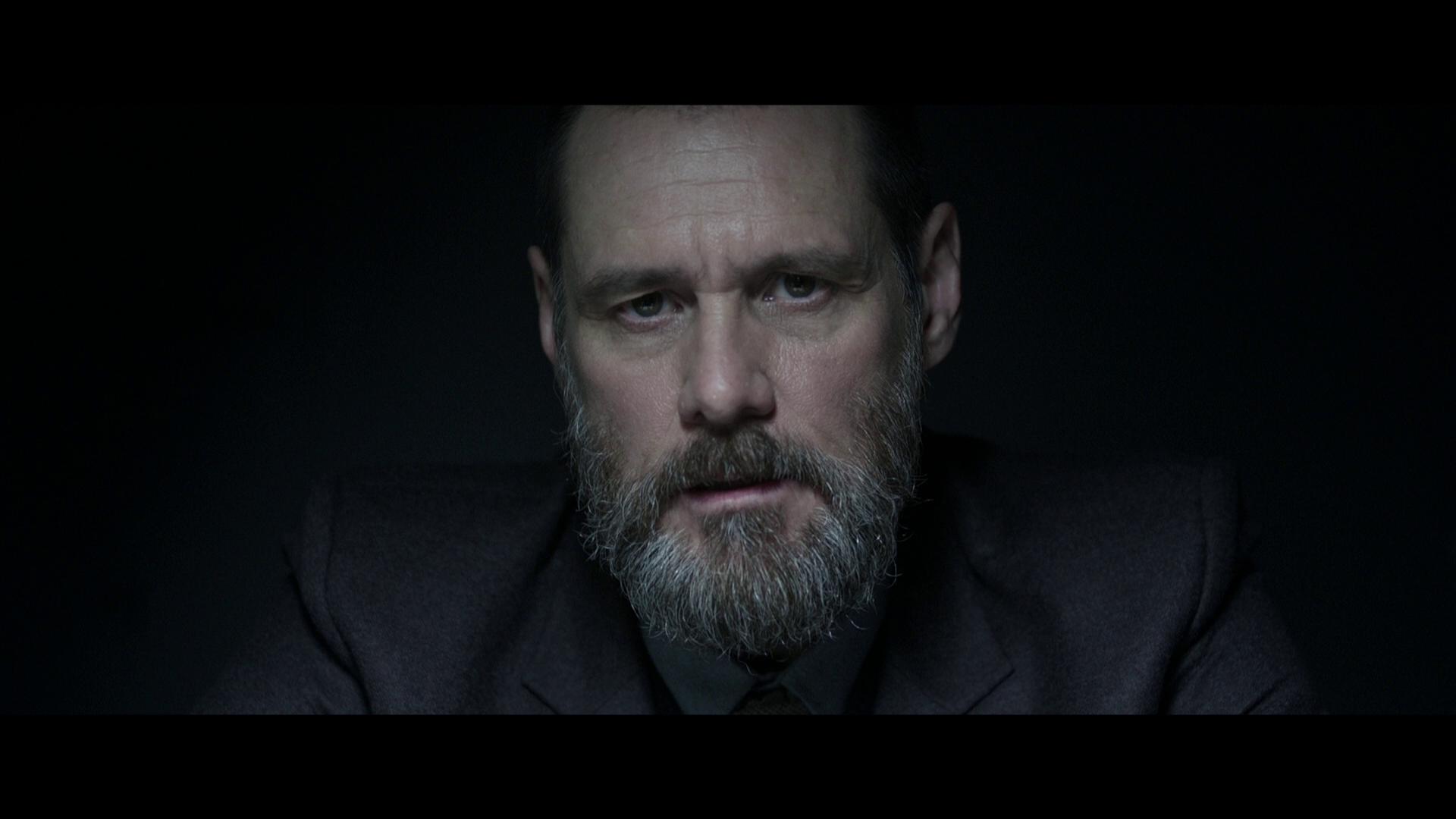 Bundled with an English DTS-HD Master Audio 5.1 mix, Dark Crimes offers a really clean and powerful experience that taps right into the subconscious and curiosity of the audience as they’re ultimately trying to get an understanding of what is going on.  Normally, I would have deducted a point for the lack of immersion of use of the surround channels; but, this movie has absolutely no calling for the inclusion of these speakers and their lack of existence didn’t really deter from the overall experience.  The dialogue was presented cleanly and everybody was able to be heard and understood without having to manually adjust the volume levels as the movie progressed onward. 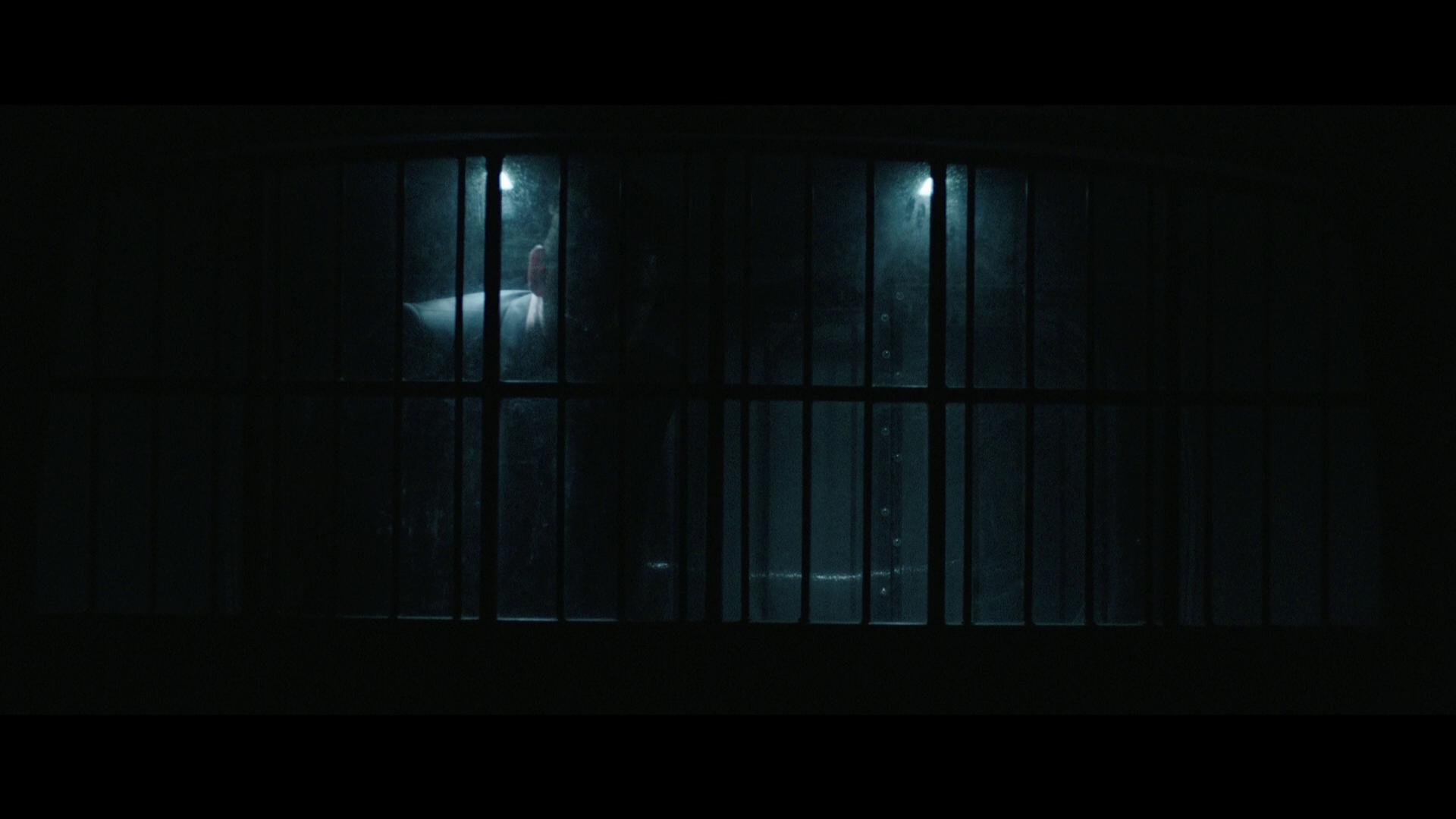 The Blu-ray release of Dark Crimes comes packaged in your standard single-disc Blu-ray amaray case.  Within that case is the standard Blu-ray copy of the movie, the disc featuring a piece of artwork that is in fact related to the film and completely different than that of the case art.  There are no DVD copies included with this release; but, there is a digital copy redemption pamphlet that is included for the various streaming options.  There is also a slipcover that’s been made available during the original pressing of the release that features the same piece of artwork that’s featured on the case art. 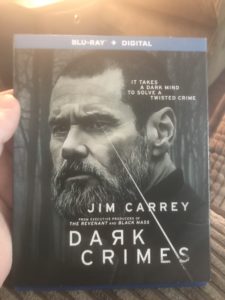 The amount of additional content that’s included on this release of Dark Crimes is practically nonexistent.  There is one feature that covers The Making Of Dark Crimes; however, I feel that they really could have gone more in depth with the storyline and the experiences had by the cast and crew alike.  Maybe include a feature audio commentary to accompany the film?  The fact that there were absolutely no other features than this one were rather disappointing.  But, the feature that was included was enough to warrant some additional research on the supposedly true events of this story on my own as I’d personally never heard of these events until this film. 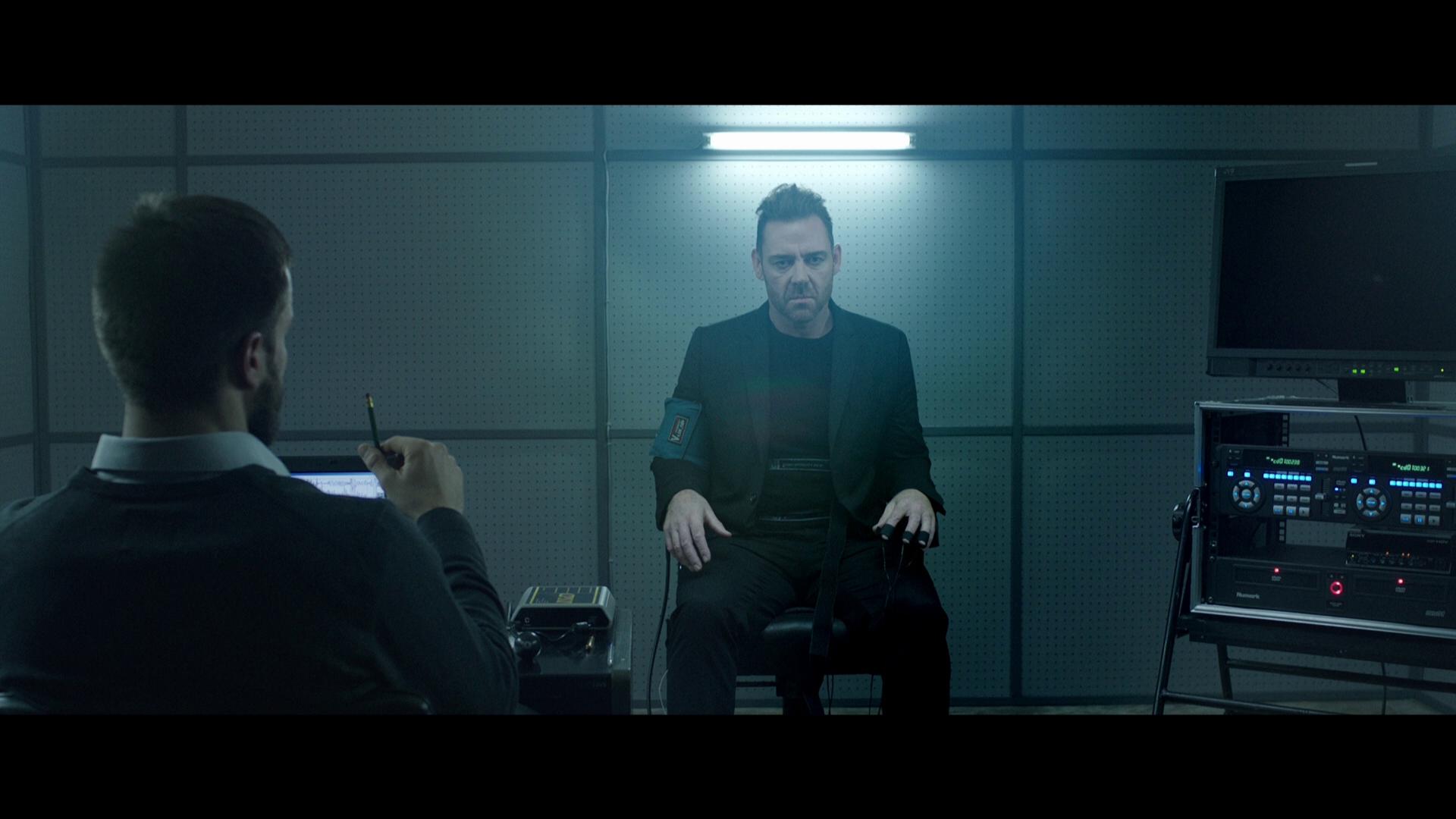 Overall, I ended up enjoying Dark Crimes and the overall creepiness that it offered.  Sure, at first it was a little rough at the beginning; but, once that foundation of the story was set, things really went up another level.  The performances of all of the cast members were exceptional; and it was really nice to see Jim Carrey back in action with a more serious role.  The video presentation did leave a little to be asked for, especially with the lack of ambient lighting in a good portion of the movie.  The audio presentation was stellar, despite its lack of the surround channels and its lack of immersion overall.  Special features were practically garbage and should have been significantly more inclusive on the subject matter.  If you’re considering grabbing this film for your collection, I would recommend picking it up after it has gone on sale.  Dark Crimes will be available on Blu-ray and DVD beginning on Tuesday, July 31, 2018. 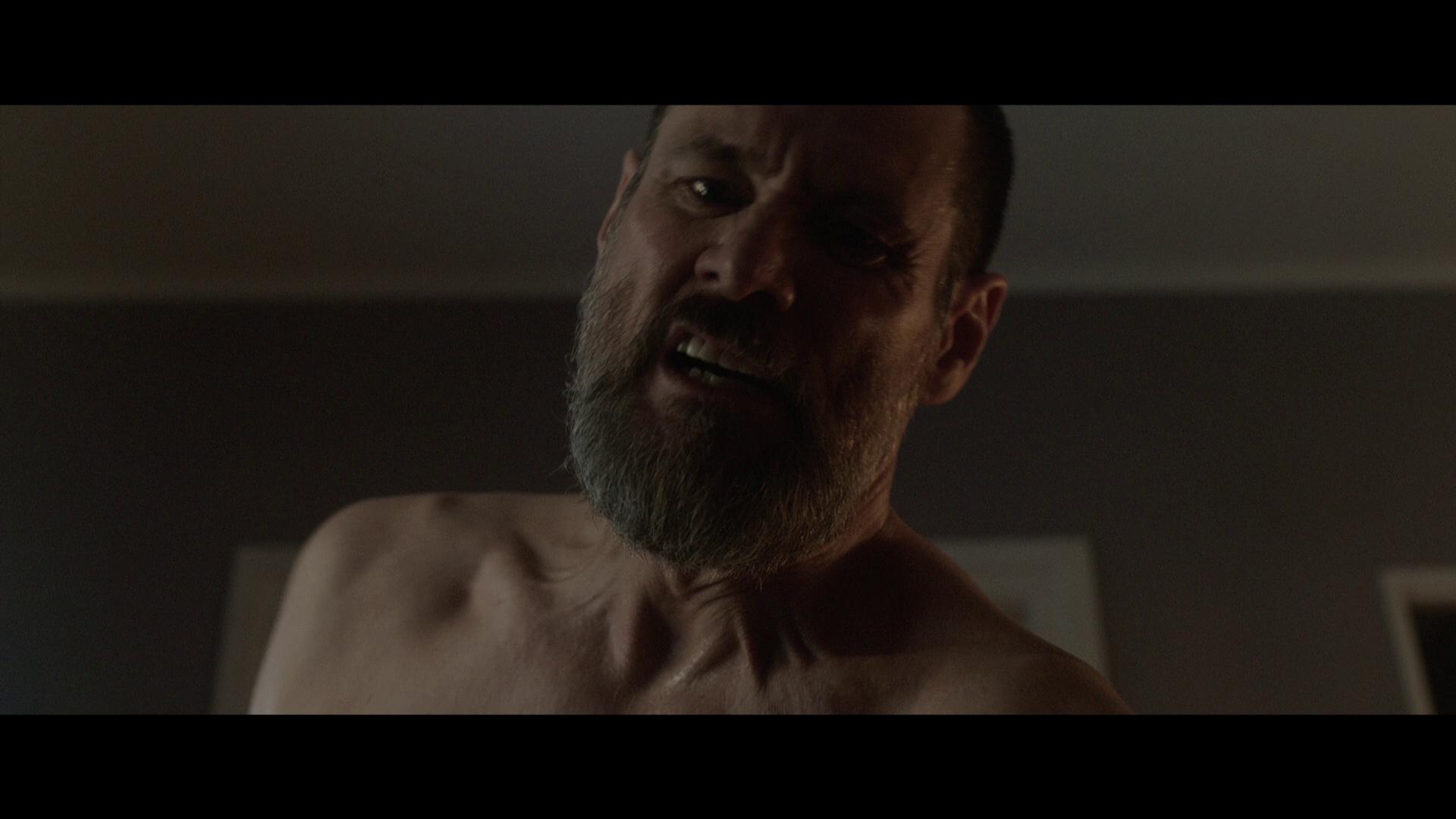