I must admit, I have never been one to really enjoy the “so-bad-it’s-good” genre, and I found that films like The Room and Birdemic were more boring than fun. With a big group of friends and some drinks, these films are definitely enjoyable, but I could never get into them on my own. That is, until I watched Dangerous Men, making its home media premiere on Blu-ray from Drafthouse Films. Our friends over at Drafthouse pride themselves on being the kings of obscure, horrible, and hilarious movies that would otherwise never see the big screen. With their release of Dangerous Men, which Drafthouse’s COO lovingly called the “Holy Grail of Holy Fucking Shit”, the entire world has found a new level of bad. This is a must-see movie for fans of every genre. 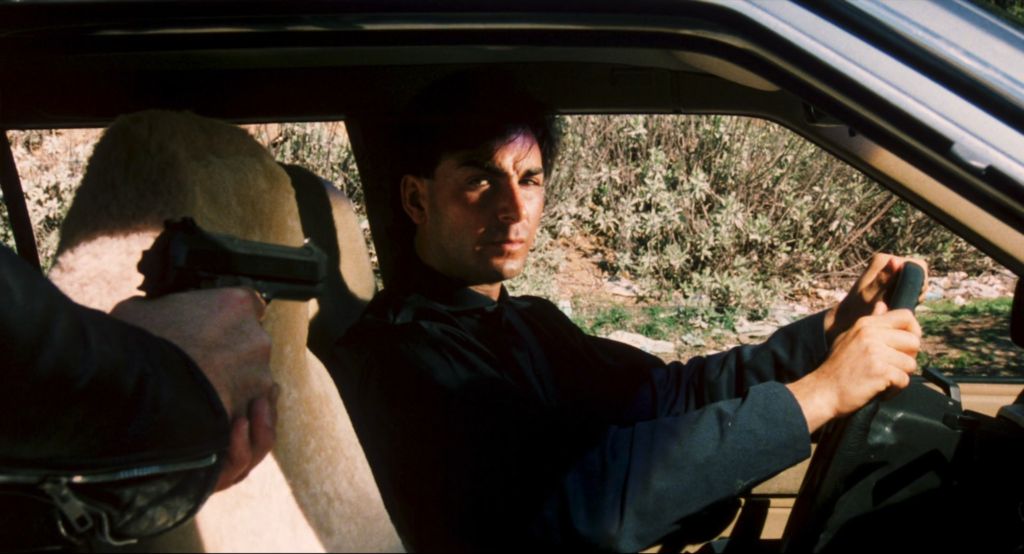 Dangerous Men is the pop-culture phenomenon that nobody ever watched. It went through production hell, being self-financed by an Iranian filmmaker named John S. Rad who moved to the US to make his masterpiece. Fast forward 26 years, with shots spanning over three different decades, and in 2005 the world was introduced to this majestic tale of revenge, crime, and violence. The great story behind this film is that Rad rented out four theaters in Hollywood, spending thousands from his own finances while still fully believing in his masterpiece of cinema. When the box office receipts rolled in, he had made just $70. A sad story about a failed American Dream for sure, but the film did develop a small following, and when Drafthouse was alerted of its existence they knew they had to have it. Unfortunately, Rad died in 2007 and never saw his life’s work come to fruition, but he has now been immortalized as a Midnight Movie legend. 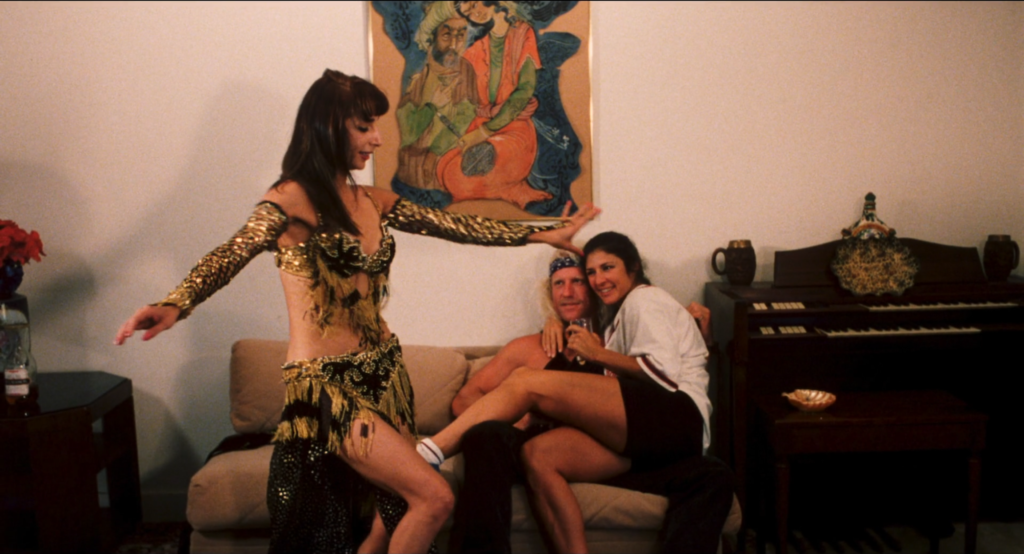 Dangerous Men is a mess, and it bounces around from story to story without much serious editing or coherent script. The violence is cheesy, the one-liners are gold, and the characters are a mix of decades worth of stereotypes rolled into one. It is by far the worst movie I have ever seen from a technical sense, but the seriousness of the subject matter makes for a comedic trip that is worth the price of admission. In between probably four or five sexual assaults, revenge murders, and brutal fist fights is a treasure trove of wacky characters, hilarious dialogue, and bad acting. It is quite the contrast, as this was clearly intended to be something that people took seriously based on the plot, but when the girl who is supposed to be on the ground being assaulted cannot keep a straight face, and the man assaulting her is choked out by a move that couldn’t put a baby to sleep, the only thing to really think is “Holy Fucking Shit”. Drafthouse nailed it on the head with the tagline for this one, and I guarantee you have never seen anything like it. I liked it alot, and for a pure entertainment score, this one earned a “5” for me. I will re-visit Dangerous Men again and again over the years, and it is a new go-to for laid back movie night.

Dangerous Men is not the Blu-ray release that you would use to show off your new TV, but the picture quality is not the reason you would purchase this film in the first place. Obviously, being shot in a very low-budget way with subpar equipment and having to edit shots together that span decades, the film is a mess with its visuals. There are a ton of artifacts, bubbles, lines, rips and tears in some scenes, while others look more in line with the typical 90s-era production value.

Drafthouse did what they could with the available materials, as their transfer comes from a theater print and this Blu-ray shows some of the wear and tear that a projector would have had on that print. Overall, it depends on the scene completely here as we are talking about a 22 year span, but most of the picture is actually quite clear and free of any serious noise or annoying artifacts. The Revenant, this is not, but it is good enough for the source material we are viewing.

The only thing great about the audio mix on Dangerous Men is the excellent 80s synth beat that Director Rad created himself and overlayed into almost every scene. It definitely adds to the awfulness of the film, and it was one of my favorite parts of the entire film. It had an 80s video-game, almost Mario Bros. vibe to it, and although it gets old after a few loops, it really helps cement the tone of the film. 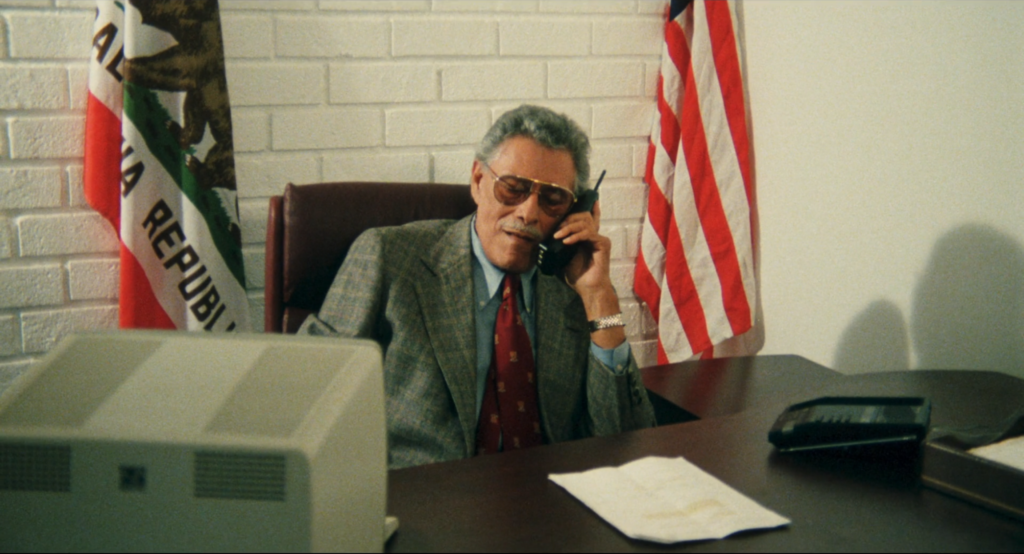 The audio mix comes presented in a 2.0 Dolby Digital package, which does the job. Unfortunately, due to the way that the film was made, a lot of the sound was poorly recorded. No audio mix was going to fix that issue, but when the sound was done right, the 2.0 track is more than enough for a film of this caliber. Every cheesy punch, grunt, and smack sound effect (which sound like they were taken from a “Street Fighter” soundboard) comes through both front speakers clearly, and I never found myself adjusting the volume for dialogue, which can sometimes be an issue with a 2.0 track that is missing the center speaker. Dialogue is muddled at times, but this comes as a result of the terrible sound recording, and is not indicative of the quality of the Dolby Digital audio mix on this release.

Drafthouse always makes sure to include great extras with each of their releases, and Dangerous Men is no exception. An audio commentary, original trailers, and a new original short documentary highlight the special features on this release. 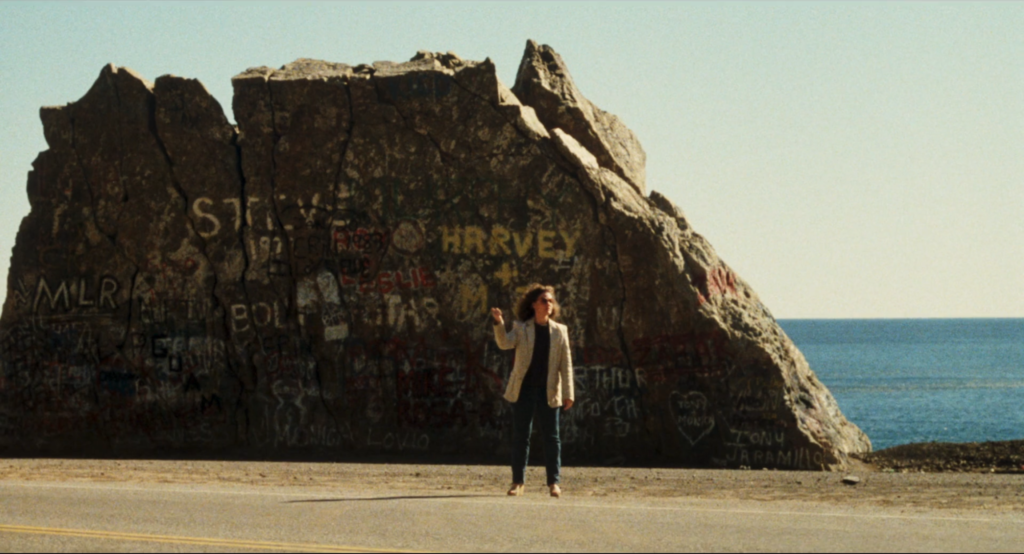 I tend to favor the clear cases that Drafthouse uses for their Blu-ray releases, and depending on where you buy this film, there are a few excellent packaging options if you buy direct from Drafthouse, with sets ranging from $18 to $35 and including goodies such as a prop police badge/money clip, original theatrical posters designed by Rad himself, MP3 soundtrack downloads, and more. There is also reversible cover art which features the director’s awful, original theatrical poster. 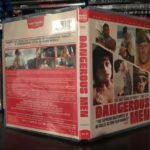 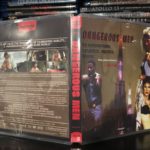 Each copy of Dangerous Men comes with a DRM-free digital copy, which means you can download it direct to your hard drive without any service like VUDU or iTunes necessary, and it also comes with a DVD of the film and a short booklet containing a transcript of an LA Weekly interview with John Rad,as well as technical notes and credits. 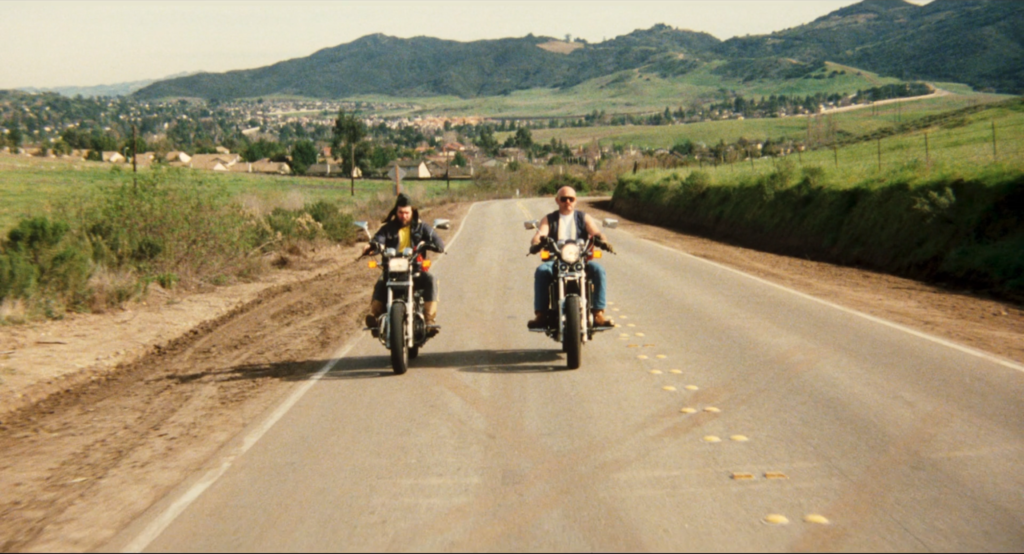 I cannot justify recommending this film as a Blu-ray from a technical standpoint, but it earns my highest recommendation from an entertainment standpoint. This is a film that has no business ever being seen, but the fact that it can now be viewed by the masses on home theaters everywhere is a cause for celebration. It features some of the wackiest characters, worst stereotypes, and most awful acting, editing, and overall filmmaking that I have ever seen, and I love it. In some alternate universe, Dangerous Men probably won the Oscar for Best Picture, but in this reality it is simply a must-have for movie fans and would look great on a shelf next to The Room, or Birdemic. Drafthouse has once again hit it out of the park with another golden discovery from the depths of cinema hell, and I highly recommend checking out Dangerous Men on Blu-ray. 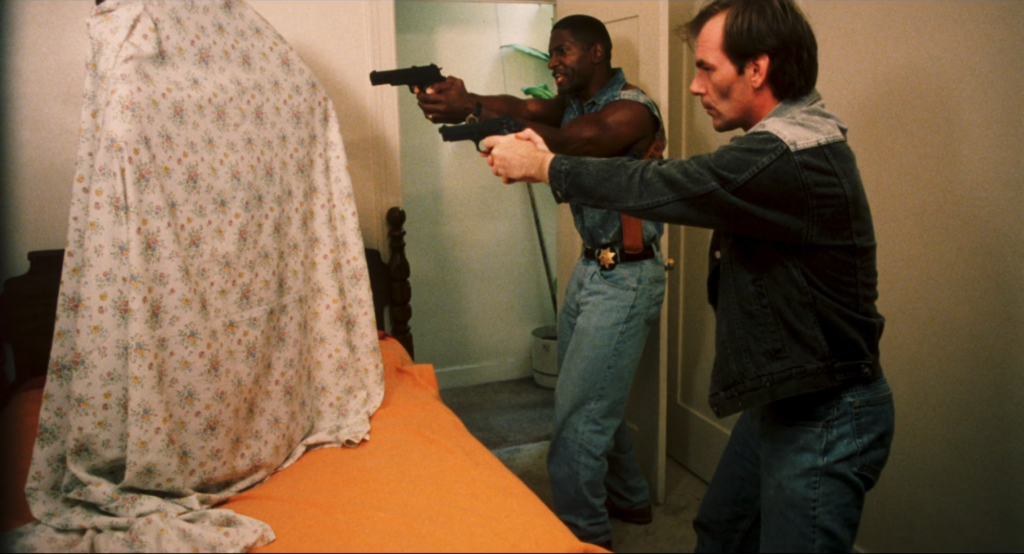