Cult of Chucky is a 2017 American supernatural psychological slasher film that was written and directed by Don Mancini, who is the Child’s Play franchise creator and sole writer to date. Serving as the seventh installment of the film franchise, following the 2013 film Curse of Chucky, it stars Brad Dourif as Chucky, with a support cast that includes Fiona Dourif, Alex Vincent, Jennifer Tilly and Summer H. Howell — all of whom are returning cast members from the previous six films.

Beginning production in Winnipeg, Manitoba, Canada in January 2017, the film tells us the story of an adult Andy Barclay as he returns home after a bad date and is revealed to have Chucky’s head, which is still conscious and deformed after being repeatedly tortured by Andy in retribution for his crimes. Nice Pierce, who has served the last four years in a mental institution for being framed by Chucky for the murder of her family, she now believes that she was responsible for the murders and that Chucky was a manifestation of her psychosis. As a result of her psychological breakthrough, her doctor, Dr. Foley, has her transferred to a medium security mental institution.

Making its initial premier on August 24, 2017 at the Fright Festival in London, England, the film currently holds a 100% approval rating on Rotten Tomatoes based on the seven reviews that have been submitted. An early review that was posted on Bloody Disgusting, was considerably favorable of the film. Along with receiving many other positive notes from various critics, Mancini’s low-key shooting style with slow-motion split-screen action and deranged psycho-lesbian clinches, like Brian de Palma on an indie-film budget have been heavily noted by other reviewers. Cult of Chucky weighs in with a total runtime of 91 minutes, it is also part self-spoofing slasher, part lowbrow bloodbath and completely guilty pleasuring. Becoming available to the general public, along with an additional unrated version that is being distributed by Universal Pictures Home Entertainment via Blu-ray, DVD and VOD on October 3, 2017.

I’m not going to lie, Cult of Chucky was pretty disappointing as a film.  When you consider the range of overall pleasure the previous films have provided to home audiences, this one was a waste of time.  There was very minimal scare factor involved with the doll, it was pretty upsetting.  There were a handful of moments that moments that my wife and I thought would end in your standard scare jumps, but they did not deliver.  The story that’s presented in this film wasn’t bad, but it really wasn’t all that great.  There were several pieces that didn’t make sense that some were explained as you near the end of the film, but there were a couple that remained unanswered. 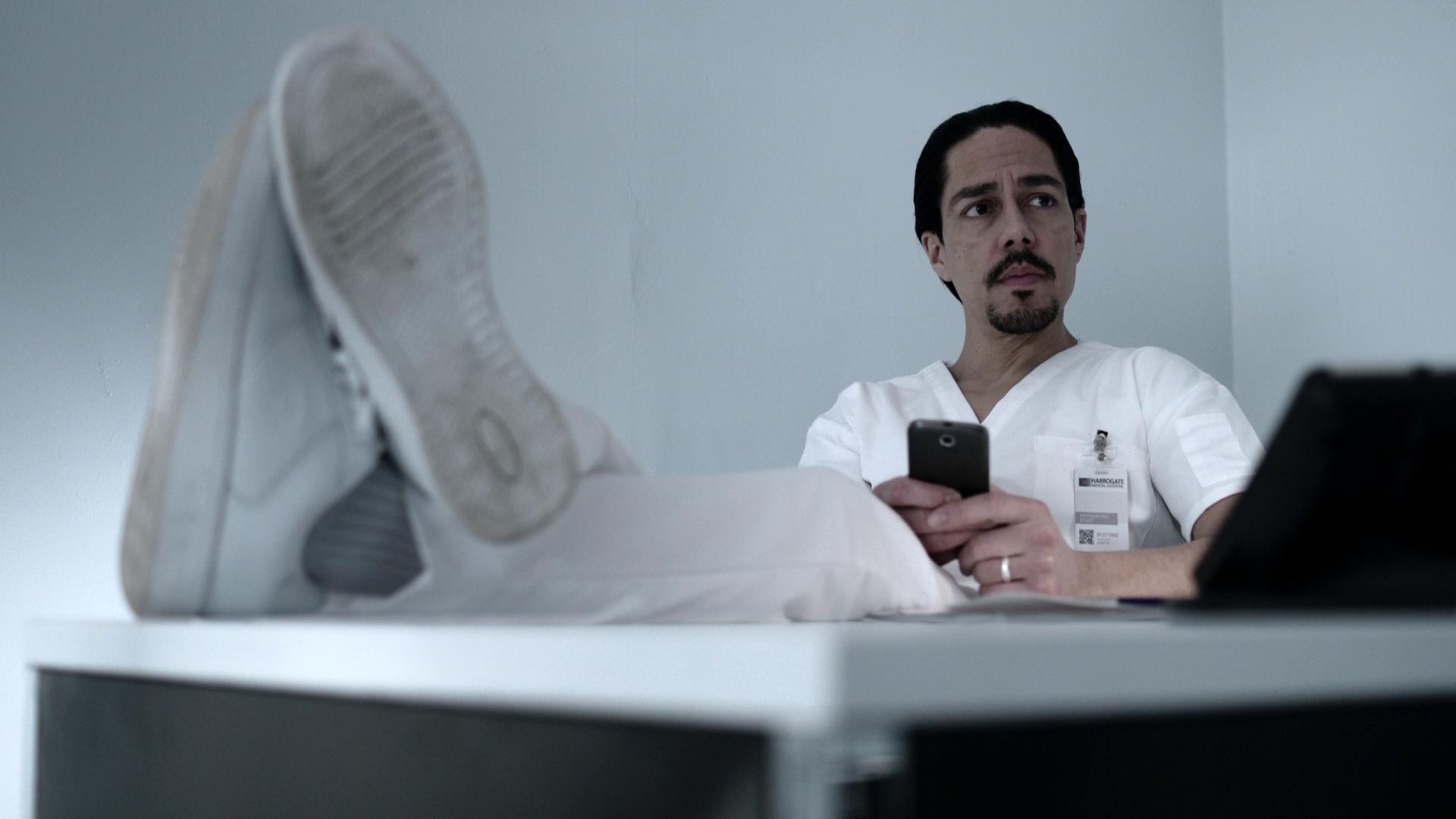 Overall, Cult of Chucky looked really good as it played out on my living room television.  Being able to visually see and understand everything as it played out with minimal eye strain was really appreciated.  The only personal complaint that was to be had was the use of the current generation CGI technology for the Chucky Doll and his lack of realism as he ventured the hallways of the mental institution.  The scenes that do include only the head of the earlier destroyed Good Guys doll appeared to have done what they could’ve done to maintain that sense of realism with the doll.  But, that’s mostly a result of the overall battered condition that it was in. 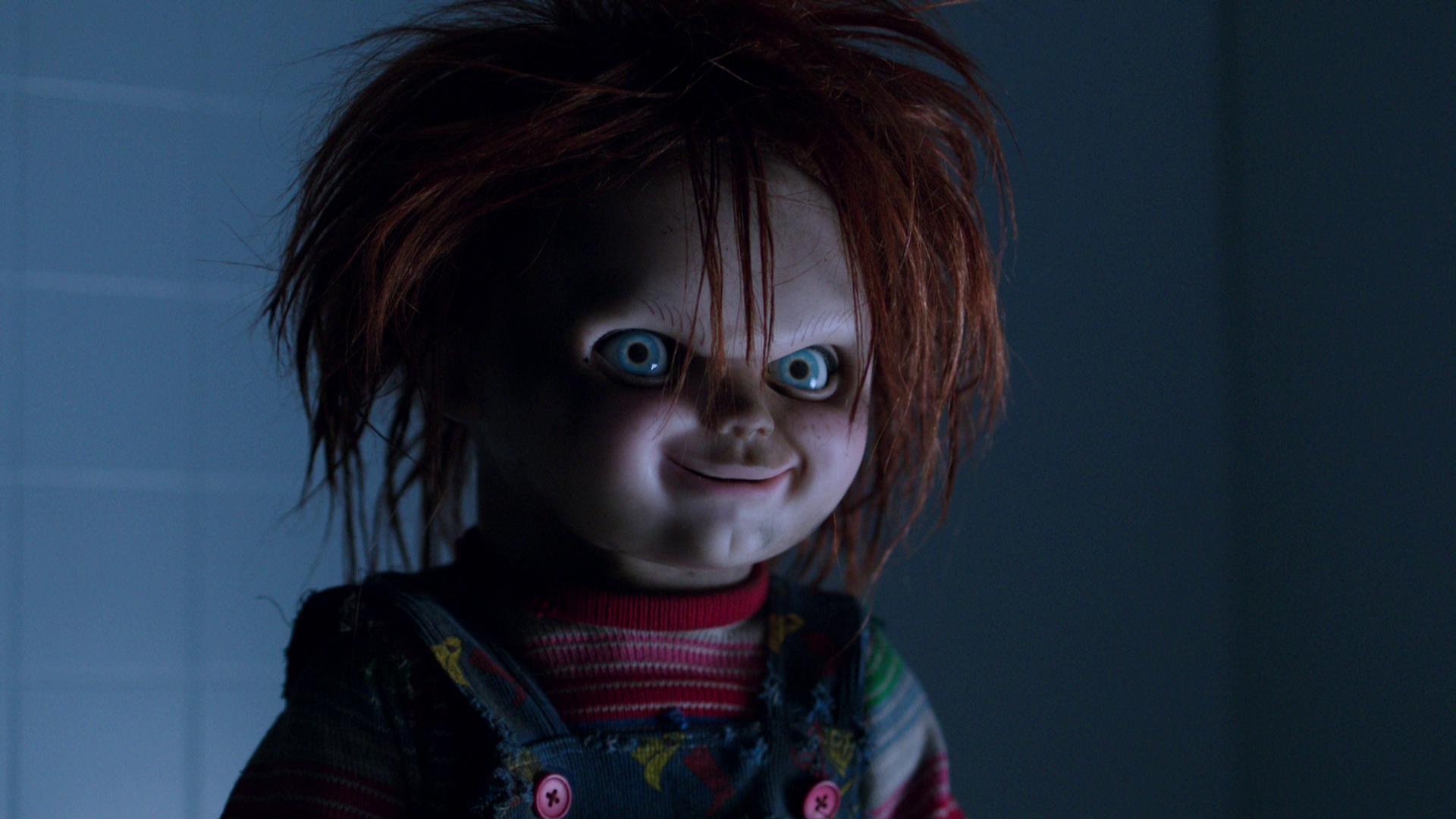 Packaged with a DTS-HD Master Audio 5.1 audio track, Cult of Chucky sounded really great as it roared through my home theater system.  Doing what it possibly could do to offer an all out immersive experience, there really wasn’t much to do in terms of immersion with this film, but the few pieces of audio where it was called for were really well done.  Everything about the audio in this release was really well done as my wife and I were able to hear everything as it progressed without having to manually adjust the volume levels due to a variance in the volume levels. 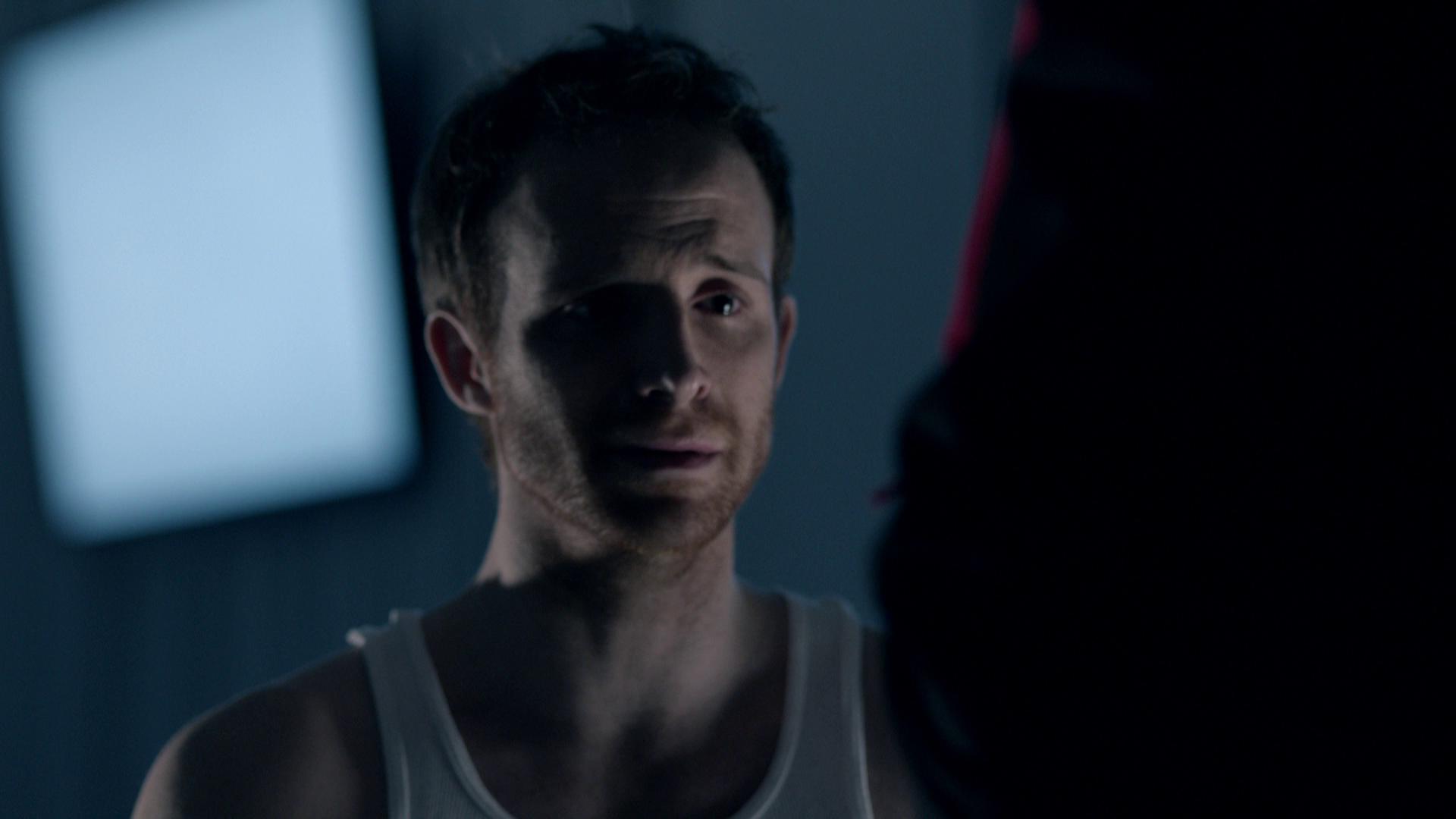 Cult of Chucky comes packaged in your standard two-disc Blu-ray amaray case.  Within that case is the standard Blu-ray copy of the film as well as the standard DVD copy of the film.  Each of the discs do not feature any artwork whatsoever aside from the standard text for the title and ratings and informational pieces that you see on physical media.  There is also a digital copy redemption pamphlet that is included so you can add the film to your digital library in the cloud.  There is also a lenticular slipcover that’s been made available during the initial pressing of this release. 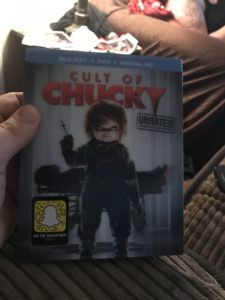 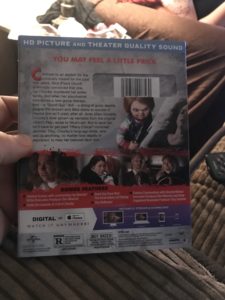 There are a decent of additional features that have been made available in the Blu-ray release of Cult of Chucky.  Some that actually offer an inside look into the work that went into making this movie available for home release.  Included with this release is: 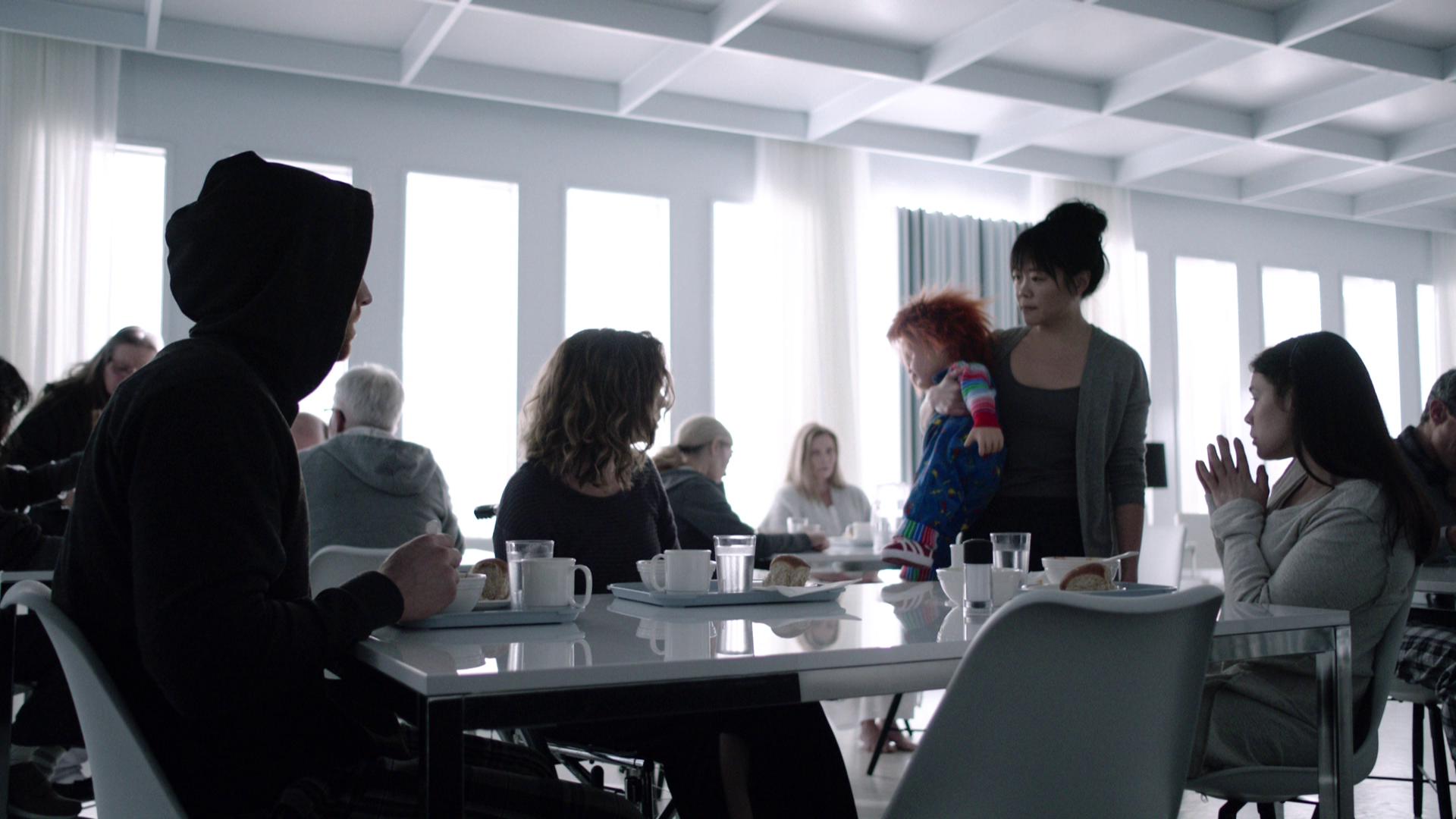 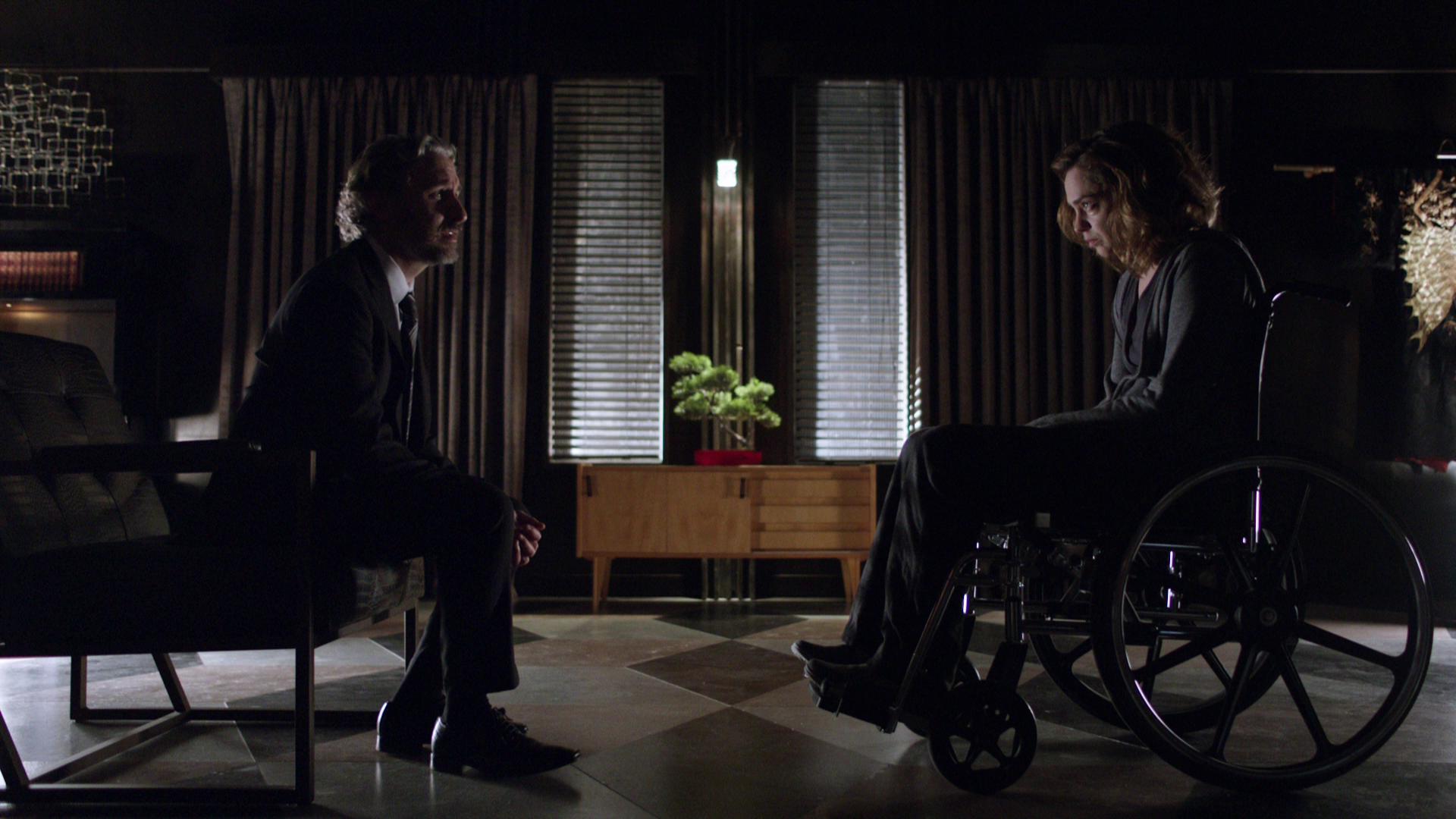 Generally speaking, I was really happy to pick up Cult of Chucky  for my collection.  However, the film itself didn’t really live up to the hype that preceded its release, nor was it as enjoyable as the earlier films of the series.  The overall visual and audible presentation of the Blu-ray release were really well done.  And there’s also a decent amount of additional content that allows home viewers to explore the work that went into making the film as well as the minds of those who worked on it.  I would only recommend grabbing this movie if you have the previous films from the franchise.  Otherwise, save your time because this film does not stand as its own release.