A series that analyzes and studies The Criterion Collection, ten films at a time.

The Criterion Collection is an institution of film study, film appreciation, film collection and obsession.  It is primarily a film distribution company, established in 1984.  They are devoted to licensing, restoring, and re-releasing cinema of all kinds in the most prestigious packages possible.

They are not a collection of the best films of all time.  They are not interested with awards or accolades, but rather with the importance of a film, the impact it has had on its audience and in its time.  They have released films from all decades, of all genres and all categories.  From sleazy low-brow horror films, to 10-hour world-renowned documentaries.  From short films, to television series and music video collections.

They have been called the Rolls Royce of home media labels and a “film school in a box”.  They were the forerunners of special-edition home entertainment, pioneering the letterbox format, special features, and audio commentaries.  They are known for their film essays, beautiful re-imagined box art, and meticulous passion to bring the audience the best versions of the most important films of all time.

Beginning with their late-80s Laserdisc days, their current DVD/Blu-ray collection is 800+ strong, and their spine numbers make them irresistible for collectors around the world.  Their collection has become the ultimate film-education cannon, the same way a fan who wants to hear more great music will read up on a Rolling Stone all-time-best list.

As a collector I have been buying them, and watching most of them, for years, but to delve into the collection from the beginning is to discover a world of cinema once impossible to reach for many, and study the artform at its most provocative.  This series will discuss the collection, ten spine numbers at a time, to review, compare, and question their purpose in this collection.  There will also be two extra points with each ten, related or tangential to the collection, making it a dozen. 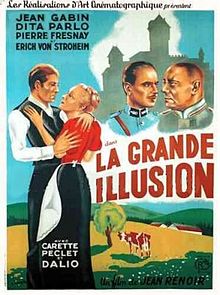 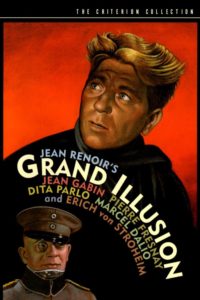 Criterion did not waste any time.  After over a decade of releasing a very mixed bag of Laserdisc edition, from classics like Casablanca and West Side Story to Jackie Chan romp Supercop and James Bond films, Criterion gave in to technology, and rebooted their collection in 1998, with a handful of films on DVD from arguably the biggest masters of world cinema.  The same way that Citizen Kane was a perfect first choice for their Laserdisc collection, so is Grand Illusion a great opener to their DVD collection.

This French drama, similar the next film on our list, is commonly heralded as the greatest film of all time, a film that scholars and audiences cannot find any fault with, sometimes annoyingly so.

Thanks to it being rediscovered in the late 90s by Rialto Pictures, a new digital restoration made its way to film buffs’ homes courtesy of Criterion.  The story of WWI French soldiers being held in prison camps, and trying to escape them, is moving and dramatic enough, however the Jean Renoir’s humor, including all the French references and slang, can be sometimes alienating to modern audiences.

Worth owning on Criterion: Yes, only because it is a rare disc, and Spine #1.  Otherwise, look for a Blu-ray.

Supplements: 7/10    Some historical and interesting pieces, including the first of many brilliant visual essays by the great Peter Cowie. 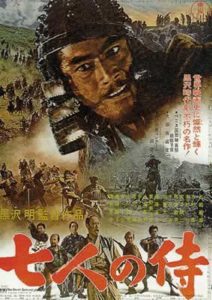 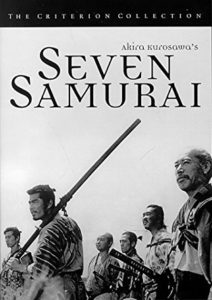 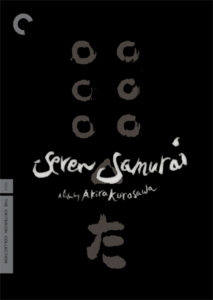 Not much to say about this one; epic in scope and in drama, every filmbuff’s go-to Japanese favorite.  Kurosawa is a historic figure in world cinema, as you will soon see, with 17 of his films in the main collection (and counting).  Criterion certainly has a love affair with him, rightly so, and this for many is his crowning achievement.

The first of the early spine numbers to not only receive a Blu-ray upgrade, but also to be re-issued with a new transfer, a new cover and new supplements, with the original edition only having an audio commentary.

Worth owning on Criterion: Yes!  The new Blu-ray is the best viewing experience of a Kurosawa film you will ever have.

Supplements: 10/10    Probably one of the most beautiful packages, transfers, and collection of extras, including 2 commentaries and 3 documentaries, ever released by Criterion. 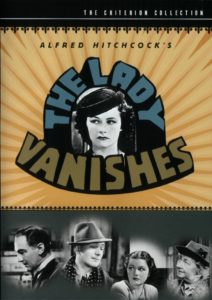 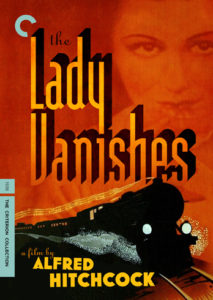 Clearly not Hitchcock’s best or most memorable.  However, we can see that Criterion is carefully picking their first titles.  They may be paving the way with the biggest names in the film history, but not exactly the biggest titles.  The first five entries show that they are simply dipping their toes into the world of important filmmaking, and not blowing their load all at once.

The Lady Vanishes is one of the silliest, but also one of the most entertaining films Hitchcock ever made, with the actual mystery taking a backseat to the bizarre characters and ridiculous ending.

You can clearly see the contrast between the old and newer covers with this film.  Most of the older covers are often ridiculed for being cheesy, outdated and horrible copy-paste jobs.  Their newer covers have luckily transitioned to a respected art-form, celebrated in books and posters, often commissioning professional artists to work on them.

Worth owning on Criterion: Yes, only because every other version of this film is a butchered mess.

Supplements: 7/10    While this one is complete garbage, it’s always nice when Criterion adds a complete freebie movie as a supplement.  The Truffaut/Hitchcock interview though is worth the price. 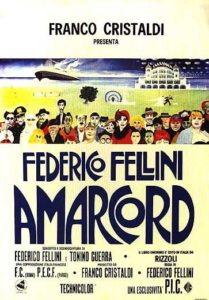 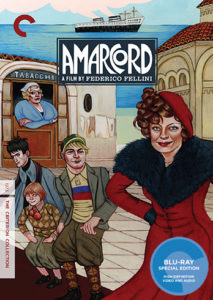 This will be unlike any “autobiography” you will ever witness on the screen.  Fellini certainly has a vision and talented eye.  This doesn’t mean this movie is amazing.  Once again Criterion is paying tribute to the great names of cinema, but to my opinion is not showing us their best work yet.

Worth owning on Criterion: Yes. The film might not be the best, but the packaging and beauty of the film once again wins.

Supplements:   7/10  The documentary Fellini’s Homecoming is worth the price of admission alone, offering us a glimpse of the world of Amarcord minus the insanity of Fellini’s bizarre influence.

Spine #5: The 400 Blows (1959) Directed by François Truffaut
Available on DVD, Blu-Ray and iTunes 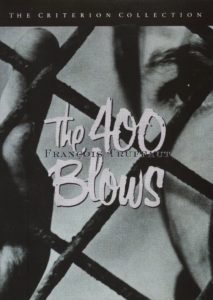 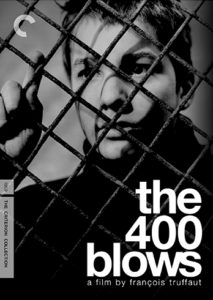 Renoir may have opened the collection representing French classic cinema, but barely five films in, Criterion is showing us that they will be paying equal tribute to the “bad boy” of the French New Wave.  They are quickly trying to cover all their bases: multiple countries, genres, film periods.

The spiritual sequel to Jean Vigo’s Zero de Conduite (more on that in a few hundred spine numbers), and France’s response to “The Catcher in the Rye”, this film was one of the most realistic and devastating looks at “youth in trouble” to have been put on film until that point.  The 400 Blows needs to be watched by every father together with his teenage son.  400 times.  Then dramatically turn to the camera.  And strike a pose.

Worth owning on Criterion:  The film has been re-released multiple times, even in a Truffaut box-set, but their latest Blu-ray edition is certainly a top-of-the-line edition of this popular film.

Supplements:   8/10  All the Truffaut stuff is priceless for film nerds, including the two very in-depth commentaries.

Spine #6: Beauty and the Beast (1946) Directed by Jean Cocteau
Available on DVD, Blu-Ray and iTunes 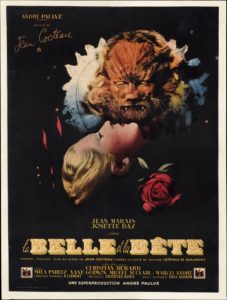 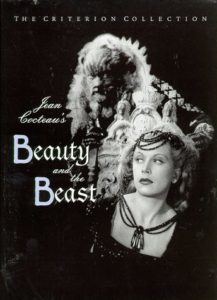 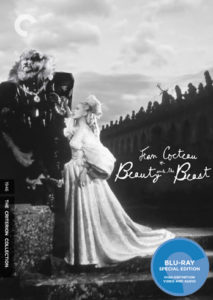 Jean Cocteau is not about story-telling and drama.  He is a visual artist and Beauty and the Beast is purely about style.  Disney might have turned the fairy tale into a story about love, trust and respect, but Cocteau made it an allegory about the magic of filmmaking.

Worth owning on Criterion:   I guess.  It’s still a piece of important cinema by a man with an amazing vision, even if you didn’t love the movie, and there aren’t any other worthwhile editions out there.

Supplements:   9/10  Say what you will about the movie, but it’s something that needs to be experienced, and the amazing supplements, culminating in their latest edition, enhances this experience.  With an alternate soundtrack of the Philip Glass opera, as well as educational commentaries, and behind the scenes footage, someone get me a towel.

Spine #7: A Night to Remember (1958) Directed by Roy Ward Baker
Available on DVD, Blu-Ray and iTunes 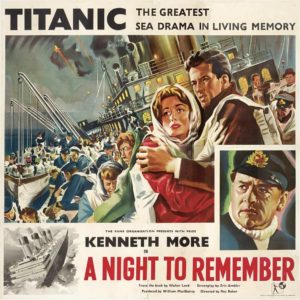 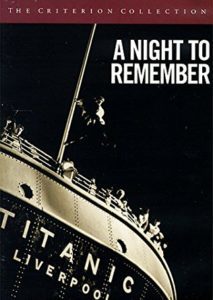 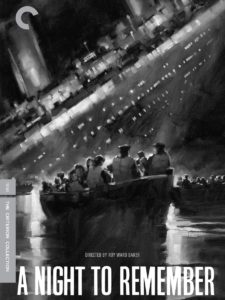 Perhaps everything that James Cameron’s stroke-fest ever wanted to be, minus the fictional love story and tear-jerker melodrama.

Worth owning on Criterion:   Not really.  This might be the best edition of this film, but it should be reserved for hardcore Criterion collectors or Titanic fanatics.

Supplements:   8/10  While movies about the Titanic will always be interesting, the real-life Titanic stuff is always more engrossing, including interviews with survivors, and a commentary by Titanic experts. 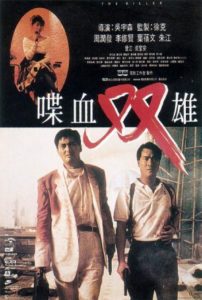 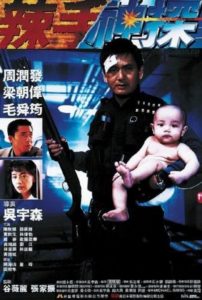 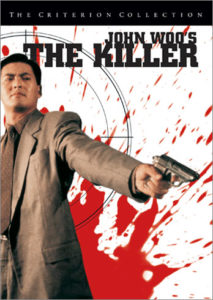 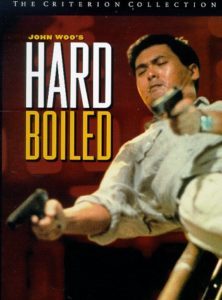 Here we have Criterion’s first attempt at grouped releases.  Although they are no strangers to box-sets, they also release spines in certain groups, highlighting a theme, a director, a film period, or a style.  Although sold separately, they often have matching cover-art and supplements.

While all entries so far have been obvious choices, with the term “World Cinema” often (sadly) limited to North America, UK, Italy, France and Japan, we now delve further out into untested waters.  Furthermore, not only are these our first entries from Hong Kong cinema, they are a big jump from the previous “Classic” films, to full-out modern action films.

Although great action films, and John Woo’s revolutionary style should definitely be commemorated in the collection, these two bullet-ballads honestly seemed to come out of nowhere after a bunch of world-cinema classics.

Worth owning on Criterion:  Not only would it be impossible to find the Criterion editions (it will cost you way too much to get these), but there are tons of better editions out there.  Strictly for Criterion fanatics.

Supplements:  3/10 John Woo commentaries are not as exciting as his movies. 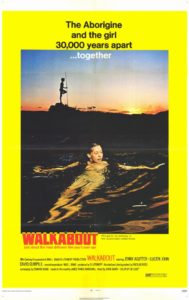 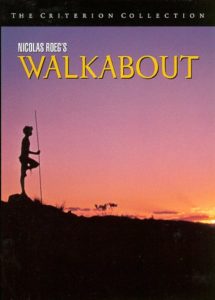 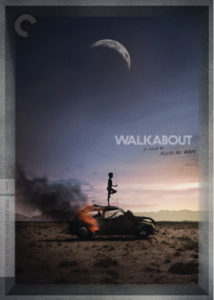 A walkabout is a rite of passage for many indigenous teens who are thrust into the Australian wilderness, a sort of endurance test for life.  Similarly, Roeg’s film can be defined as an endurance test for filmgoers, not unlike many of his other films.  A film of ethereal and natural beauty that almost makes you forget the terrifying images at the beginning of the film, and decides to punch you in the gut with more depressing notions by the end.  Walking a thin line between nature film and narrative, Walkabout may not be for everyone, but it introduced millions of people to Australian cinema.

Worth owning on Criterion:   Most definitely.

Supplements:   5/10  The audio commentary by Nicolas Roeg is interesting enough, but the documentary about actor David Gulpilil’s “career” is sad and boring as hell. 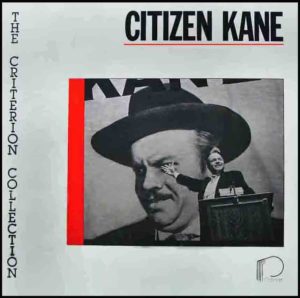 This date marks the first ever release of a Criterion edition, being Spine #1 of their Laserdisc collection, Citizen Kane.  Of course no surprise there, being often considered by many as the greatest film of all time, but surprising is the impact this Special Edition of the classic film will have on the home video market.  Until 1998, Criterion continued their very impressive Laserdisc editions, until the inevitable death of the format and switch to DVD.

This series will focus on their DVD/Blu-ray list, mostly because it is ongoing, mostly still available, and on formats that are currently still used today.  While many purists and collectors still appreciate and focus on the Laserdisc series, current fans consider the older series simply a precursor, a past we do not talk about.  While the series still managed almost 400 very diverse titles over the span of 14 years, they are all obviously out of print and the majority have been updated to the current DVD series, on, arguably, better editions.

Luckily, when Criterion decided to join the Blu-ray family in 2008, although a little late in the game, they did not reboot their current series.  Instead they decided to start releasing both formats of each spine from then on, as well as to go back periodically and re-release older spine numbers in the Blu-ray, licensing permitting of course.