Crazy Rich Asians is a 2018 American romantic comedy-drama film that was directed by Jon M. Chu, from a screenplay by Peter Chiarelli and Adele Lim, based on the 2013 novel of the same name by Kevin Kwan.  The film stars Constance Wu, Henry Golding, Gemma Chan, Lisa Lu, Nico Santos, Awkwafina, Ken Jeong, and Michelle Yeah, and follows an American professor who travels to meet her boyfriends family and is surprised to discover how they are among the richest in Singapore.

The film was announced in August 2013 after the rights to the book were purchased.  Much of the cast signed on in the spring of 2017, and filming took place from April to June of that year in parts of Malaysia and Singapore.

Crazy Rich Asians premiered on August 7, 2018 at the TCL Chinese Theatre, and was released theatrically in the United States on August 15, 2017, by Warner Bros. Pictures.  The film received positive reviews from critics, with praise for its performances, screenplay, and the production and costume design.  It is the first film by a major Hollywood studio to feature a majority Asian American cast in a modern setting since The Joy Luck Club in 1993.  As of October 2018, the film had grossed over $236 million worldwide, making it the highest-grossing romantic comedy in a decade.  A sequel is currently in development. 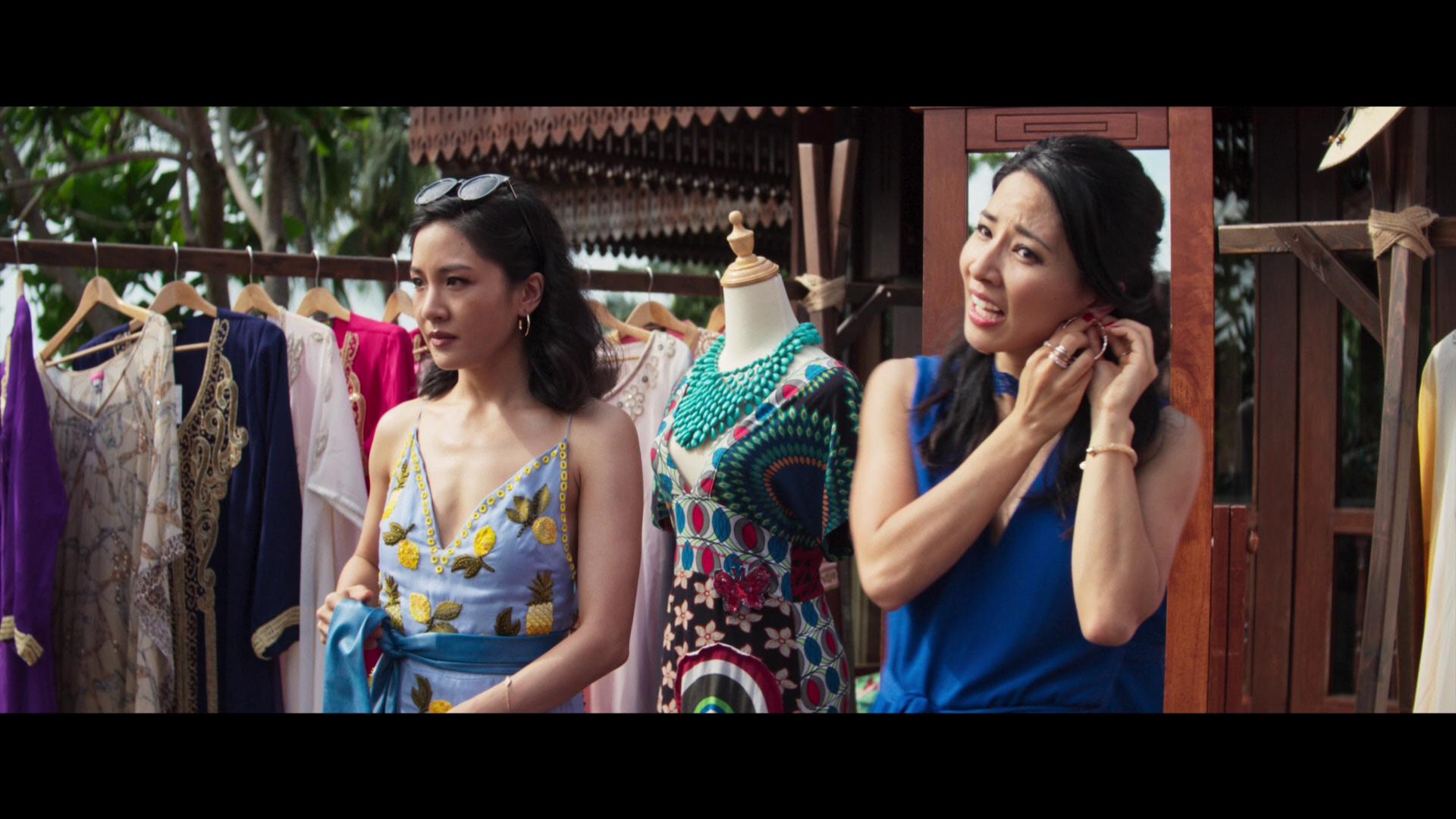 Crazy Rich Asians is a movie that, while it presents itself similarly to many other romantic comedies that we’ve seen over time, it’s still a solid storyline that’s effectively presented and leaves audiences somewhat satisfied.  With its mix of old-fashioned comedic gestures, with some small amounts of musical elements, audiences are given an experience that centers itself around the general obscenities that surround wealth.  Overall, the story is pretty endearing, and one that I felt was pretty decently executed; however, I couldn’t quite break away from the fact that it’s not really anything innovative to the genre, and everything was quite predictable. 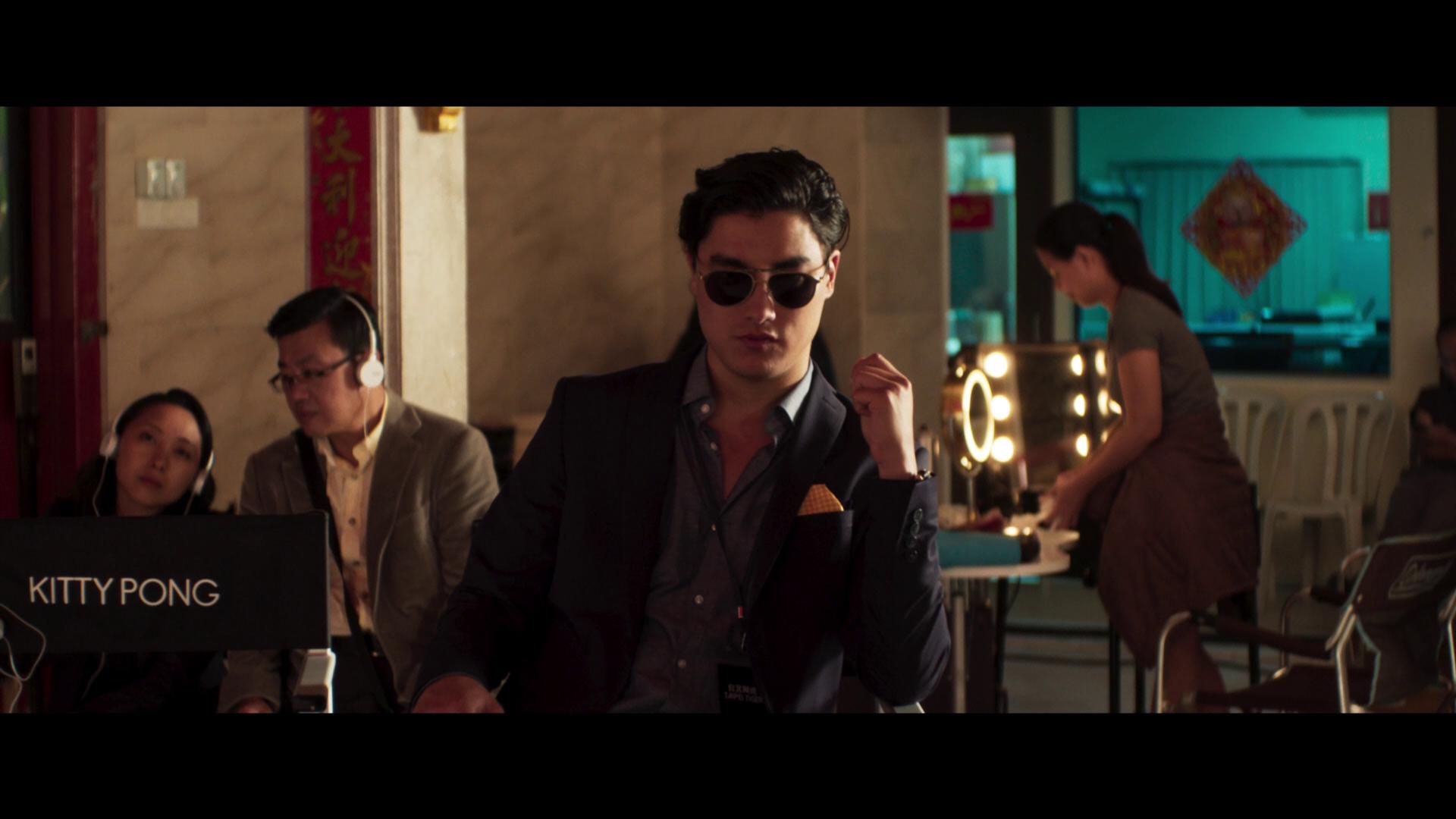 Overall, the visual presentation of the Blu-ray release of Crazy Rich Asians offers a considerably bright and sharp look into not only the lives of the two titular characters, but a nice look into the asian culture.  Loaded full with bright and distinct colors, as the couple travels to Singapore, we’re quickly enamored with the visual representation of the different arcs of culture between the wealthy and non-wealthy, and I feel that representation stood out the best with this release.  As the story developed and transitioned into more of the wealthier parts of the country, the colors simply popped on my living room television, and you could tell that the production crew paid a lot of attention to detail with this presentation. 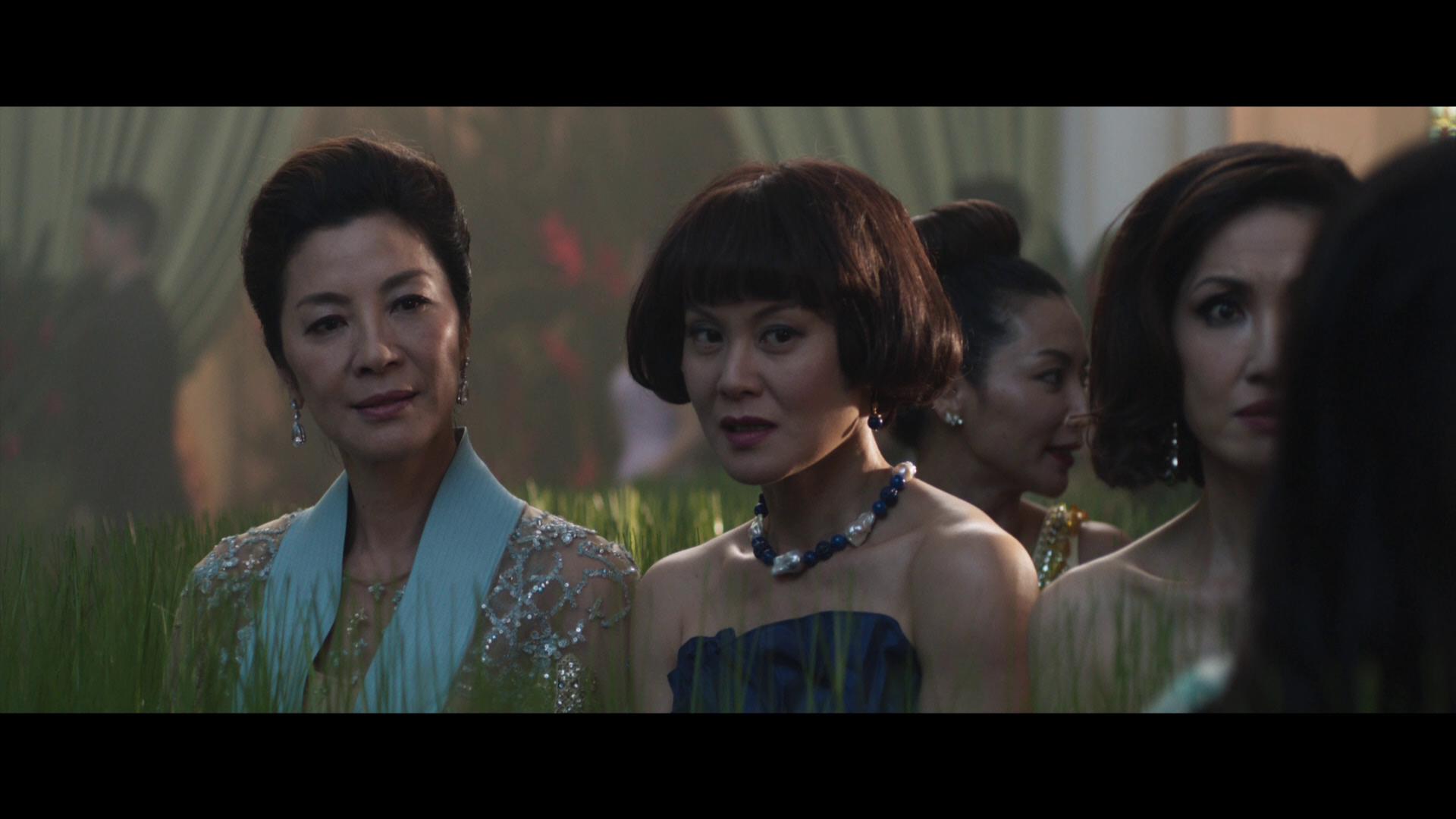 Packaged with an English DTS-HD Master Audio 5.1 mix, the Blu-ray release of Crazy Rich Asians offers an extremely clean cut and powerful experience as you follow along in the lives of the two lead characters.  While it’s not as immersive as it could have been, this movie didn’t really call for the inclusion of the surround channels, so I can’t really criticize the release for the lack of their use.  The dialogue and effects are presented cleanly enough to allow that the characters and the entire cultural experience is heard, understood and absorbed by the viewers.  The dialogue obviously takes precedence over the environmental pieces, to ensure that there’s no distraction or issues in hearing what’s being said.

The Blu-ray release of Crazy Rich Asians comes packaged in your standard two-disc Blu-ray amaray case.  Within that case is the standard Blu-ray copy of the movie as well as the standard DVD copy, neither of the discs featuring any artwork that’s related to the movie outside of the standard release text and generic solid colored background.  There is a digital copy redemption pamphlet that’s been included for the various streaming platforms as well as a slipcover that’s been made available in the original pressing of the release that features the same artwork that’s been provided on the case art. 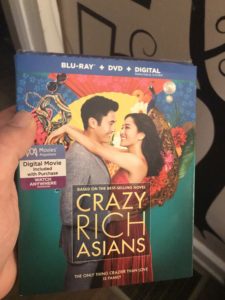 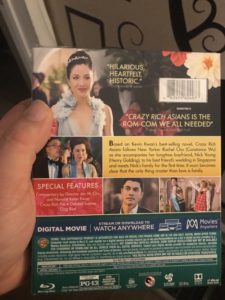 There are a few additional features that have been included with the Blu-ray release of Crazy Rich Asians.  While the content list is limited in numbers, the content that’s been included is pretty wholesome as it shows a slight expansion of the overall storyline, and focuses more on the experiences that were had and shared by the cast and crew members as they were making this movie.  Included with this release is: 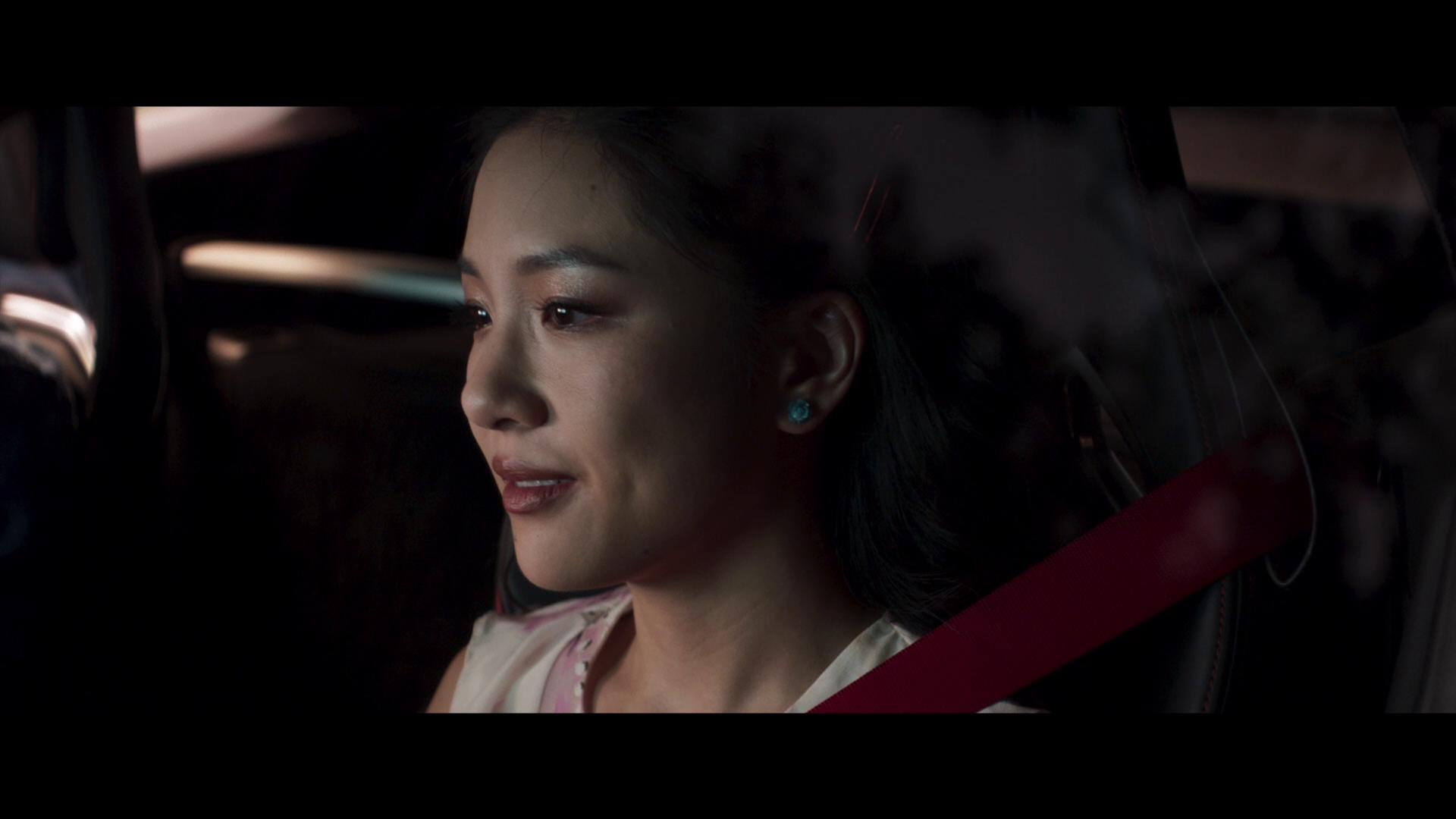 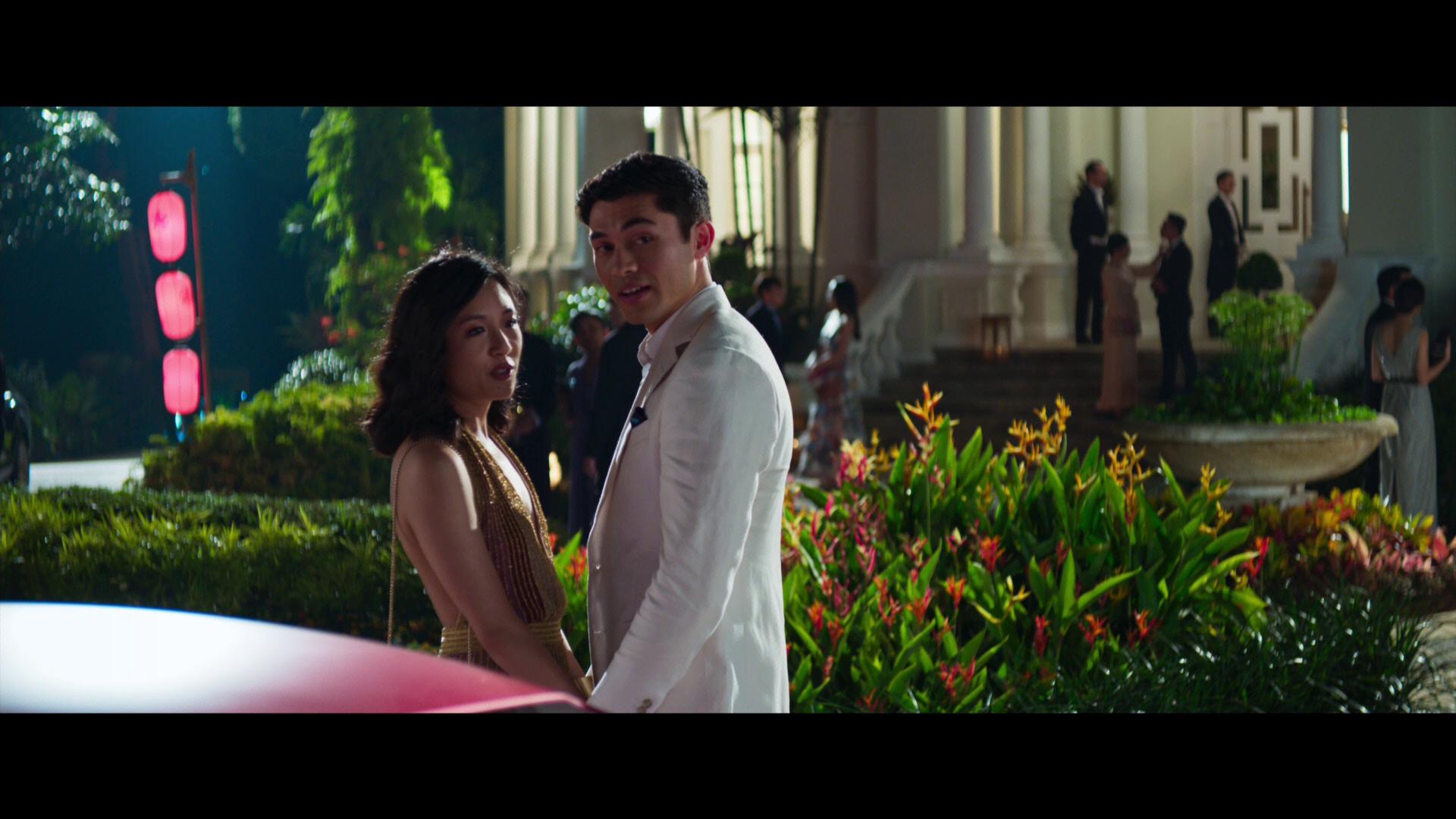 Overall, as my wife and I watched Crazy Rich Asians the other night, we found it to be a pretty good movie.  However, the movie as a whole doesn’t stray too far from your typical rom-com context, and everything simply felt just like every other release in this genre.  It’s not a horrible thing, but the lack of innovation was a tad too distracting for me.  The audio and video presentation of the Blu-ray release were really nicely executed and really did a nice job at conveying the Asian culture after the lead characters arrived to Singapore.  The special features of the release really does a great job at showing the amount of fun that was had by everyone as they were making the movie, and you can really appreciate it when the cast and crew work so well together like this.  If you’re considering this release for your collection, I’d recommend definitely checking it out.  Maybe grabbing it on sale?  Crazy Rich Asians is available on Blu-ray and DVD. 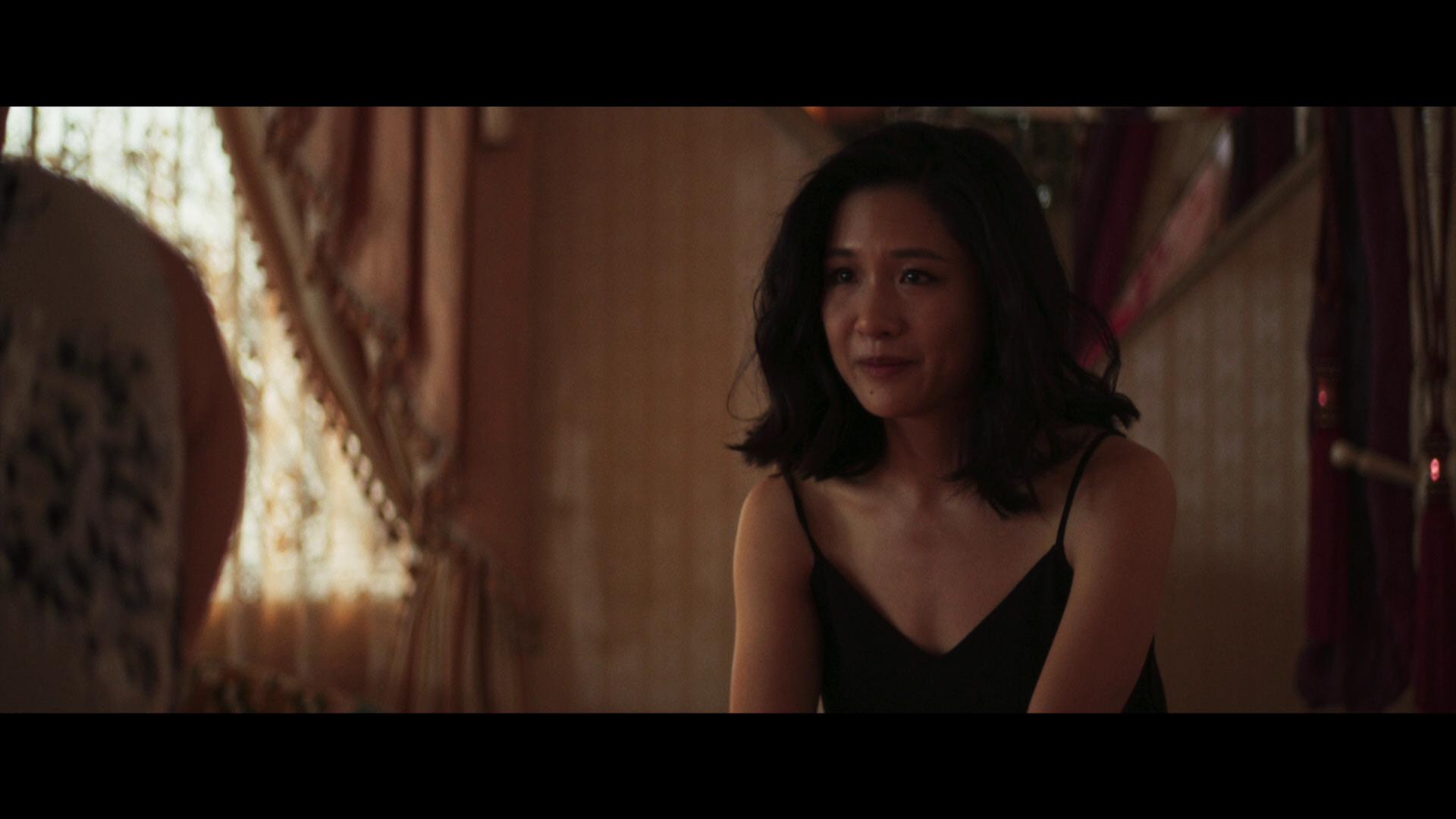