Cornbread Earl And Me is a film featuring the one, the only, Laurence Fishburne!  An American drama that is set in 1975 and was produced by Joseph Manduke, this film is based loosely on the 1966 novel Hog Butcher written by Ronald Fair.

This movie focuses on three African American children living in an urban neighborhood.  Nathaniel is a star basketball player who goes by the nickname “Cornbread.”  Throughout the story, Nathaniel dreams of becoming the first from his school district to move onto college on an athletic scholarship.  May of the children in the neighborhood look up to Nathaniel.  However, after one evening basketball game, the kids are hanging out at a local convenience store, it is decided that Nathaniel should try to run home to see how fast he could make it.

Unbeknownst to Nathaniel and his friends, an assault suspect is in the area and is dressed like Nathaniel.  As the local police officers are searching for their suspect, they mistake the fleeting Nathaniel for the criminal, causing the kids and the neighborhood to be subject to an extremely traumatic event. 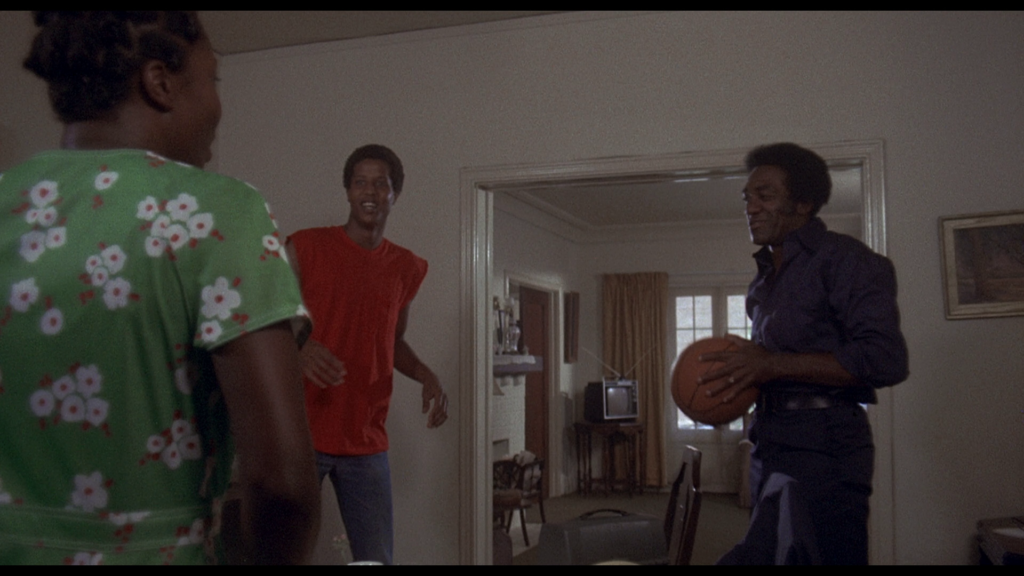 During Cornbread Earl And Me I found myself originally questioning whether or not I would actually enjoy this movie.  After reading through various renditions of the synopsis of this film, I didn’t really know what to expect.  However, after seeing a young Laurence Fishburne in action, I was extremely pleased with this viewing.

Throughout the various films that I’ve watched in my lifetime and the various history classes that I had taken, scenarios such as this had happened.  Whether they be fictional or not, these scenarios or what I would consider to be crimes against humanity. While they are indeed very unfortunate in the way they can affect such a close-knit neighborhood, you learn that when something like this happens, it’s best to keep your composure and do what you can to help make sure everything is done right for your fallen colleague.

Additionally, after learning that the author of Hog Butcher was included on the production of this film, I had a much deeper respect for those who made this film happen.  It’s often a rare occurrence in a book-to-film adaptation where the authors insights and intentions are taken into consideration, and you can clearly see the pride that author Ronald Fair took in the creation of this film. 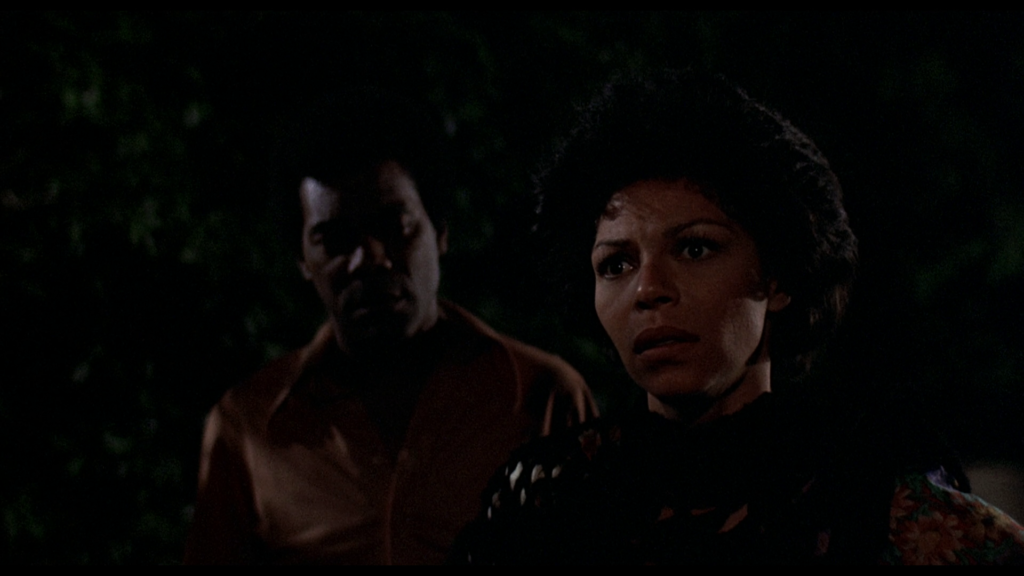 Maintaining it’s original 1.85:1 aspect ratio for the film, the visual presentation of the film was much better than I had anticipated.  Upon receiving this screening copy, I went into it blindly. Expecting a 1.33:1 display of a black & white film; I wasn’t sure of what to expect as it was the first film of its kind that I had watched since picking up my new TV.

Olive Films brings this film to light with a complete re-master of the film to really make it shine.  Originally a Soul Cinema release, this Blu-ray was absolutely beautiful for a film of its time.  They were not only able to make it look great, but were able to completely maintain the grain that films from this era should have. There was seemingly no digital noise reduction done with this release to reduce any grain and smooth the image, which is always good, as we can view these films in the way the director intended us to.

As the film progressed, I was able to make out every little detail on my 4K TV. This came as a complete surprise to me with this being my first experience with an Olive Films release and the stories that I had heard with others who have explored their catalog. Thankfully, this was an excellent first foray into Olive Films’ extensive collection. 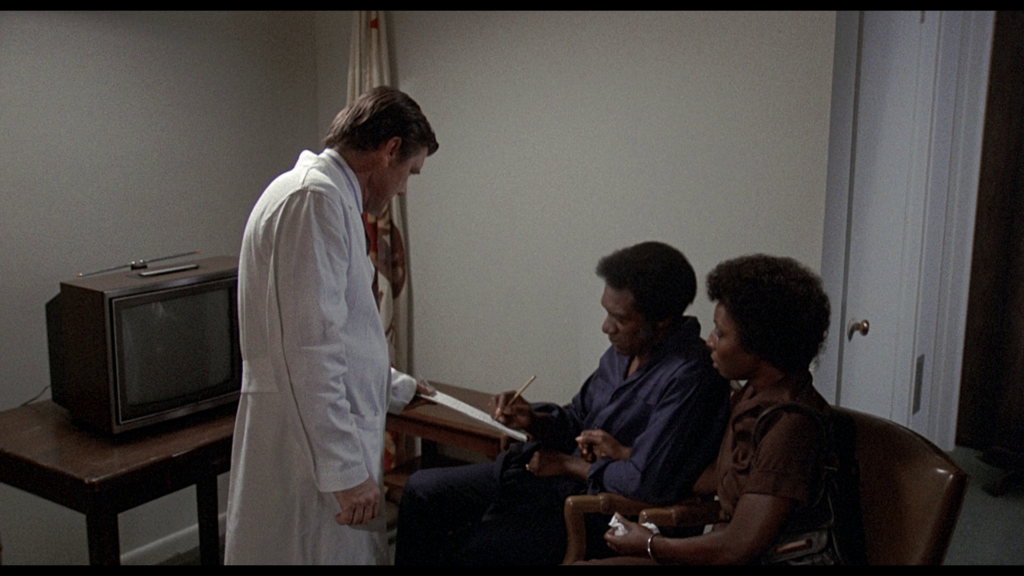 Utilizing a DTS-HD Master Audio 2.0 track, this really made the audio experience pretty lackluster.  Given that this film is now available on Blu-ray, and the fact that this release is a re-master from its original source, Olive Films really should have made use of the Blu-ray format and at least included a 5.1 audio track.

Sure the video quality of this release was beautiful, but without the audio quality to match it, I was really upset to see the 2.0 track that was used.  I found myself running into various situations where not only the use of the English subtitles was necessary, but the adjustment of the audio track was needed.  I shouldn’t have to adjust my audio levels as much as I did with this release to fully understand the dialogue, but that is often one of the major limitations of a 2-channel audio track.

This release of Cornbread Earl And Me comes packaged in your standard amaray Blu-ray case.  This release is a single disc release that does not include a digital copy of any kind.  While it was nice to see this film get the love that it deserved with a Blu-ray release, I would have loved to have been able to add it into my personal Ultraviolet library for streaming on the go.

This release of Cornbread Earl And Me really didn’t come with any special features or bonus content.  There is a copy of the film’s theatrical trailer on the disc, however it isn’t labeled as an additional feature.  With this release being a complete remastering of the original source, I would have loved to have seen more additional content. 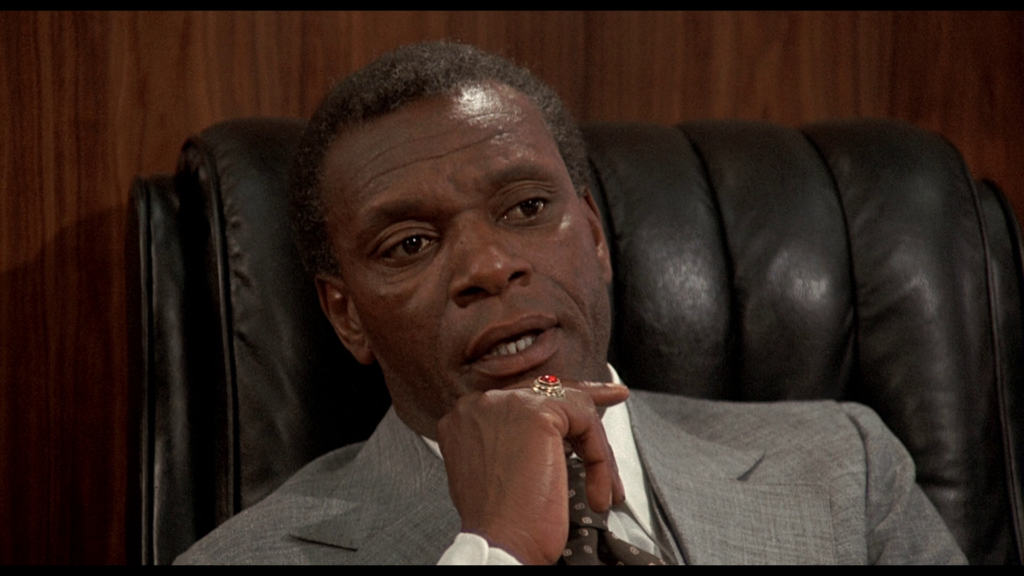 Like I said earlier on in my review, I went into this film with absolutely no expectations.  Upon looking up the cast of the film, I questioned if that really was Laurence Fishburne and upon further research, you bet it was Morpheus in his younger ages!  It’s not too often that I actually look up discussions on a particular film before going into it as I like to go into them blindly allowing me to form my own opinion.  But, after digging into the film itself and its earlier home media release, I am glad that this film finally got the Blu-ray treatment.  While it is a considerably sad film to sit through, this movie is in every way a beautiful movie as it shows unity amongst colleagues and neighbors during a tumultuous time.

We’ve all seen situations like the one presented in Cornbread Earl And Me discussed in the news.  Unfortunately some of these situations are just coming to light in recent years.  But in watching this film, we get to see these situations from a completely different perspective; one that we often do not consider when these horrible events happen.  After watching Cornbread, Earl, and Me it made me personally sit back and reflect on some of the more recent news stories that I’ve only vaguely followed through social media threads.

Olive Films really did a fantastic job with this release, despite it being a pretty barebones release with minimal special features and no digital copy.  With absolutely an absolutely beautiful visual presentation and remaster, this movie really is one you should check out.  With all of that taken into consideration, at $13.99 on Amazon, this film is worth every penny.