The Cloverfield Paradox is a 2018 American science fiction horror film that was directed by Julius Onah, written by Oren Uziel and Doug Jung, and produced by J.J. Abrams’s Bad Robot Productions.  It is the third installment in the Cloverfield franchise, following the 2008 film Cloverfield and 2016 film 10 Cloverfield Lane.  The film stars Daniel Bruhl, Elizabeth Debicki, Askel Hennie, Gugu Mbatha-Raw, Chris O’Dowd, John Ortiz, David Oyelowo, and Zhang Ziyi, and follows an international group of astronauts aboard a space station who, after using a particle accelerator to try and solve Earth’s energy crisis, must find a way home after accidentally traveling to an alternate dimension.

The film was based on God Particle, a spec script from Oren Uziel which had the main plot of the space station crew, but was unconnected to Cloverfield.  The script was acquired by Paramount Pictures and Bad Robot in 2012.  It had been initially planned as part of Paramount’s low-budget InSurge distribution label, but following the folding of that label, its production was expanded as a Paramount-distributed film.  Only during production did Abrams decide to link he film to Cloverfield, adapting Uziel’s screenplay and adding scenes to establish the connection, after the same approach was used to alter 10 Cloverfield Lane from its original script, The Cellar.  Abrams saw the particle accelerator accident as a cinematic means for future events to cause changes in the past, narratively linking the Cloverfield franchise together.

Once announced as a yet-to-be-named Cloverfield film in late 2016, the film’s release was delayed several times.  A surprise trailer aired during Super Bowl LII on February 4, 2018, advertising the film’s final title and its release on Netflix, which had purchased the rights for the film from Paramount.  The release occurred immediately after the game.

While the unique marketing tactics were praised, the film itself received generally negative reviews from critics, who disliked the narrative, the writing, and the editing, with many considering it the weakest of the Cloverfield films, although Mbatha-Raw’s performance did receive some praise. 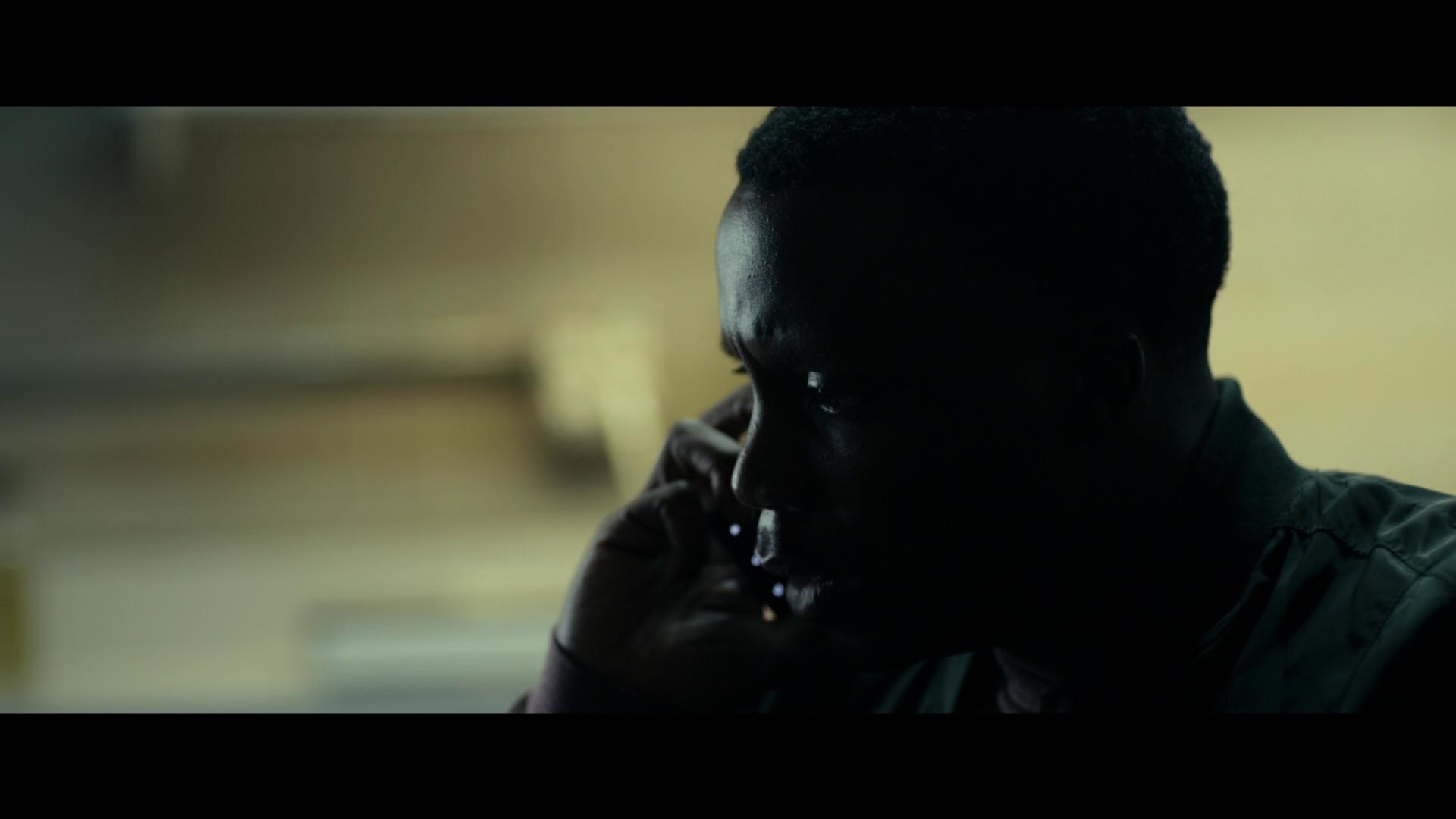 The Cloverfield Paradox is a movie that had a significant amount of hype behind it before it dropped on Netflix, that really, really failed to deliver, really making it the least favorable movie of the franchise.  The story lacks originality or any character that’s really worth caring about; and the direction the movie goes in really isn’t worth any kind of notoriety.  The acting isn’t too terrible, and the visual effects do give some nice sights, but it really makes you question the need for this to be released onto Blu-ray. 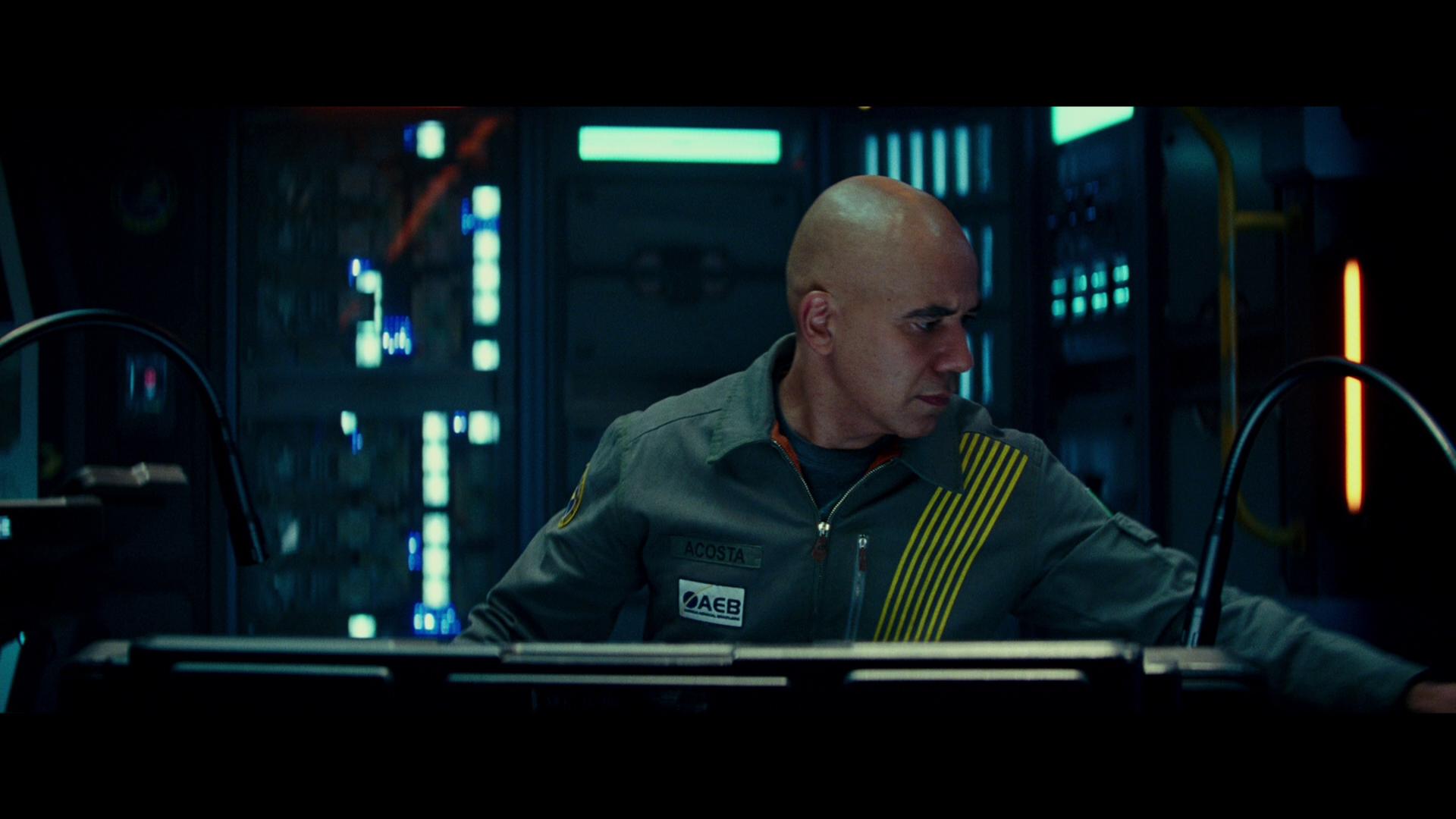 Originally shot on film, The Cloverfield Paradox offers an extremely rich and highly detailed visual presentation that really does provide an experience that’s comparable to a big-screen experience.  The clarity of the presentation is stunning, with the grain evenly distributed, giving viewers a very top-notch experience.  The finer details to the movie, from the stitches on the clothing or flags to the skin tones are elegant, really making this one of the more visually pleasing Blu-ray releases to come out in recent times. 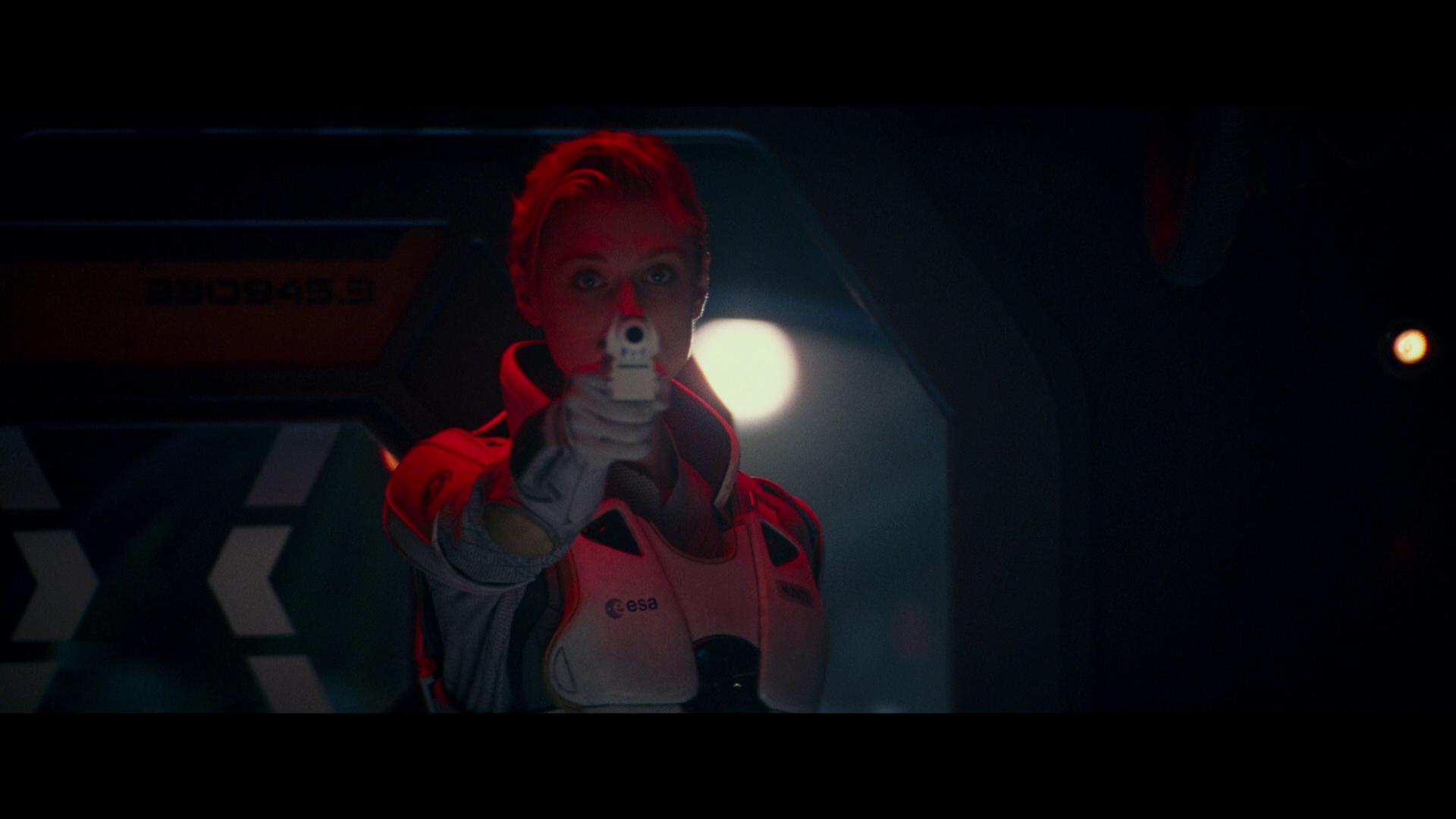 Bundled with an English Dolby Atmos audio track, the Blu-ray release of The Cloverfield Paradox gives viewers with an Atmos system at home one of the best Atmos tracks to be released.  Everything from the rumbles of the bass track to the movement of the machinery from track to track really offers a level of immersion that lets this technology peak.  Dialogue is spoken cleanly, ensuring that the characters are able to be heard and understood without any need to adjust the volume levels as it progresses.

The Blu-ray release of The Cloverfield Paradox comes packaged in your standard single-disc Blu-ray amaray case.  In that case, the Blu-ray copy of the movie, the disc features absolutely no artwork that’s relative to the film outside of the standard release text and solid blue background.  There are no digital copy redemption pamphlets included nor are there any DVD copies of the movie included.  There is a slipcover that’s been made available in the original pressing of the release that features the same artwork that’s been made available on the case. 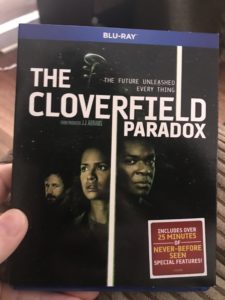 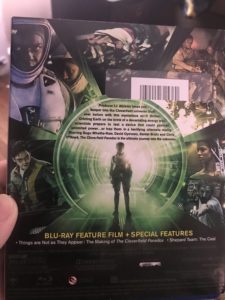 There’s a couple of additional features included on the Blu-ray release of A Cloverfield Paradox that offers a look into some of the work that went into the movie and a brief explanation of the storyline and the characters from within.  I do wish that there were more that helped explain a lot of the questions that went unanswered from watching this movie, or maybe an optional audio commentary to listen to while watching the movie.  Included with this release is: 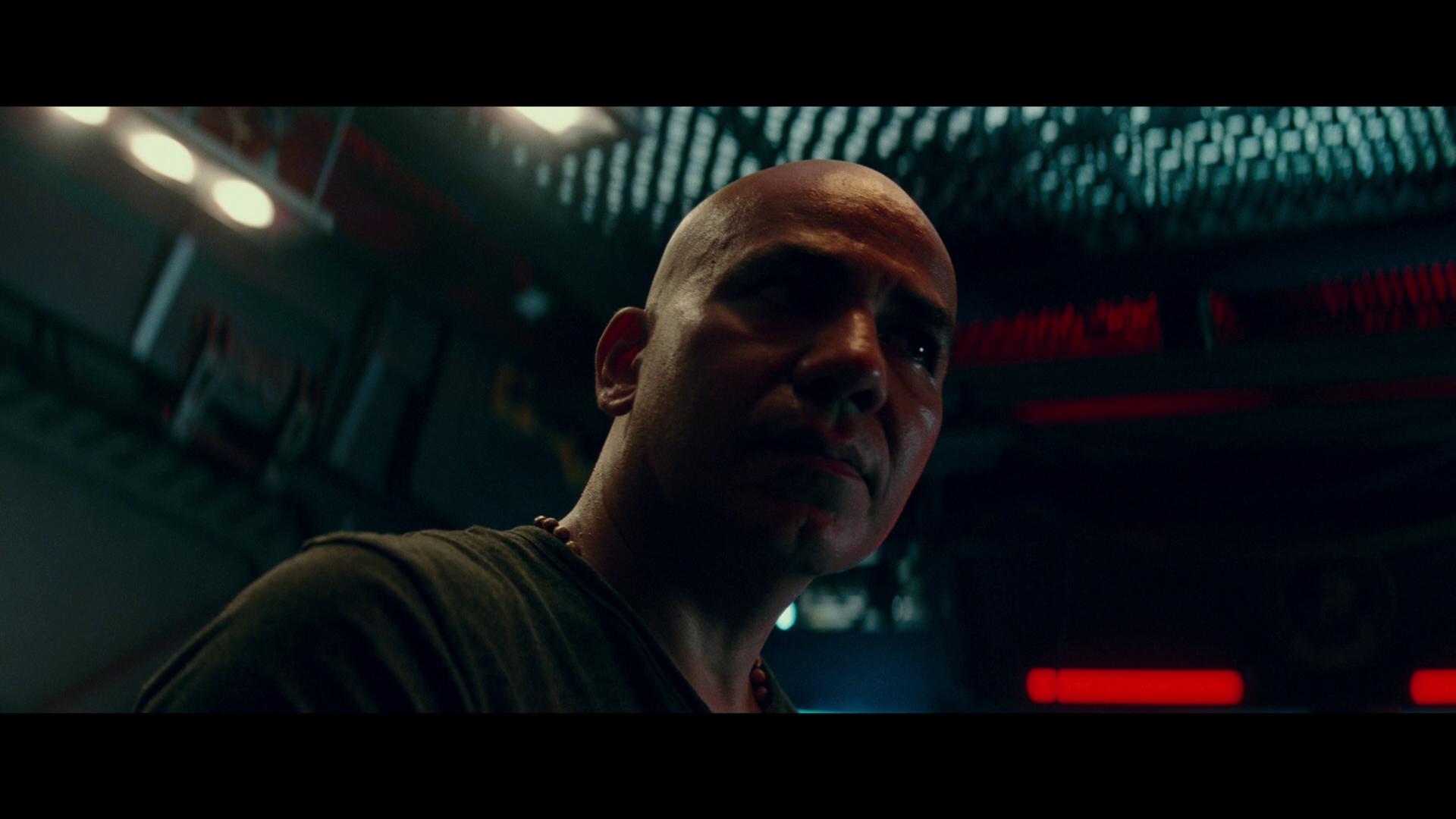 Overall, my wife and I weren’t really impressed with this movie to say the least.  The storyline was considerably boring and bland, and considering the very high bar that was set from the first two films of the franchise, this one certainly failed to deliver in every aspect.  The video and audio quality of the presentation were absolutely phenomenal and significantly better than what was originally made available on Netflix.  Special features were an okay touch, despite them being pretty limited in number.  If you’re considering this release for your collection, I can only recommend it if you like it when it first came out, or are looking to grab it to complete the franchise from within your collection.  The Cloverfield Paradox will be available on Blu-ray and DVD beginning tomorrow.