I can only imagine the difficulty film makers must endure when trying to confine what their vision is with their budgetary restrictions.  Action movies especially have certain expectations with stunts, explosions, various weaponry, and destruction.  There are very few directors in the smaller independent market that can extract a bigger studio feel with minimal budget to work with.  Two of the best in that realm are directors Isaac Florentine and Keoni Waxman.  It’s always a treat to see what they can pull off with their limited funding.  Some of you might know Isaac Floretine, the director of Close Range, from his other work with the Ninja or Undisputed series.  Your enjoyment of this movie will be determined by your expectations and if you take it on face value or not.

Close Range is a little different than your normal cheap action fest.  Our film starts off with Colton MacReady (Scott Adkins) entering the lair of a Mexican drug cartel to rescue his niece (Hailey) that was captured.  He dispatches them in various hand to hand techniques in a satisfyingly brutal way.  We come to find out that her step-dad was running drugs for them and then some went missing, but were miraculously found when Hailey got taken.  One of the men Colton dispatches happens to have been the cartel bosses nephew and he also takes an important flash drive with him that has all of the cartels information like bank accounts, payroll, drop points… everything all conveniently in one place.  So of course the cartel goes to get that back and this is where we begin the bulk of the movie. 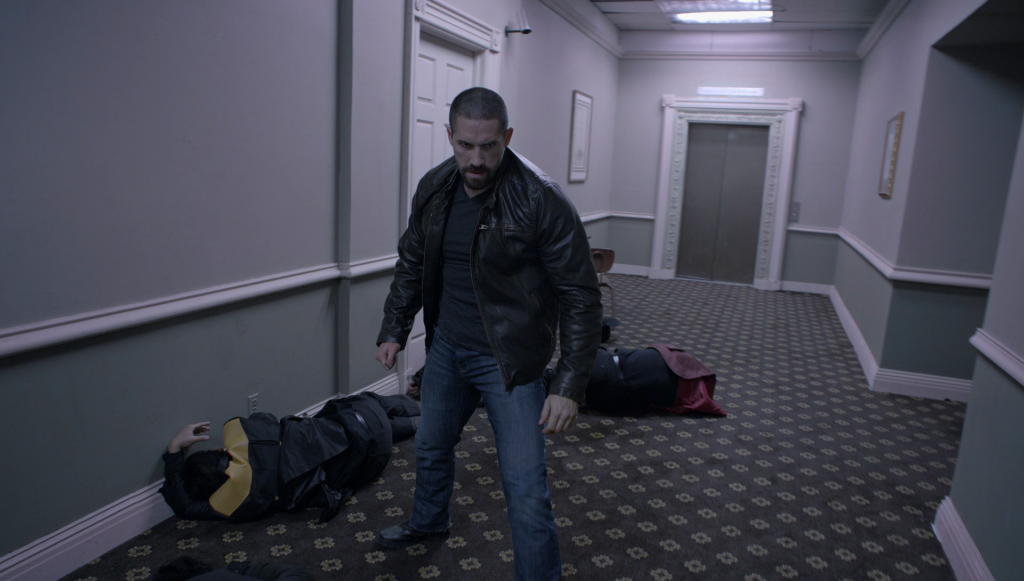 The story is a little generic and does keep this film from truly becoming an action classic.  I’m not sure what type of other story could have been done with the budget.  When we think of classic action films like Die Hard or new ones like John Wick or Dredd, each of them with over $20 million budget it’s hard to compare this film to them.  What Close Range lacks in story it does make up in quite a few other areas.  For one, this film almost feels like an homage to a spaghetti western and various other genres of the past in the way it was shot.  You’ll first notice this during the opening credits seen where instead of the typical cold open that is popular nowadays you get this title sequence with very bright and colorful action scenes; almost in a comic book like form.  Then there is the introduction of each henchmen with name and profile featuring the guns with unlimited ammo that don’t hit anyone.  This goes on throughout the film and especially comes to head in the final showdown at the end.

Of course you have to ask yourself how is the action in this film and is it worth my time?  Anyone who has seen Isaac Florentine and Scott Adkins work in the past knows that they always deliver the best experience they can.  Everything is fluid and coordinated perfectly.  Scott plays a good no nonsense anti-hero.  He is a great fighter that still had decent acting chops.  He’ll never be one to win an Oscar but he is certainly above average and his ability to do all these stunts really elevates his value in roles like this.  His shooting skills are a little off in the film, of course if they were any good then the film would only be 30 minutes long since there are a limited number of cartel members to take out. 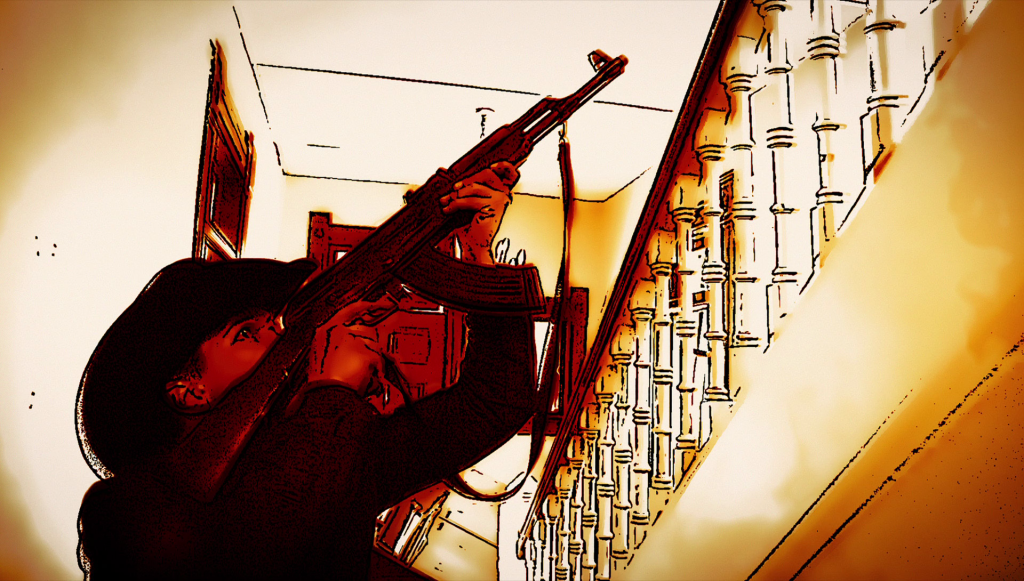 This film looks great from a technical standpoint.  The lighting in the beginning scene is a little off, but once it opens up to that nice South Western sky; everything is bright and vivid.  It obviously helps that the bulk of the movie takes place in the afternoon of a nice sunny day.  All of the characters have great detail with no compression seen.  All of the bullet and squib effects work well, and there is dust and debris everywhere.  The lack of blood on Colton’s clothes after manually dispatching many Mexicans with a knife is a little nitpick that is noticeable.  Everything else works well though and no one should be disappointed with this transfer. 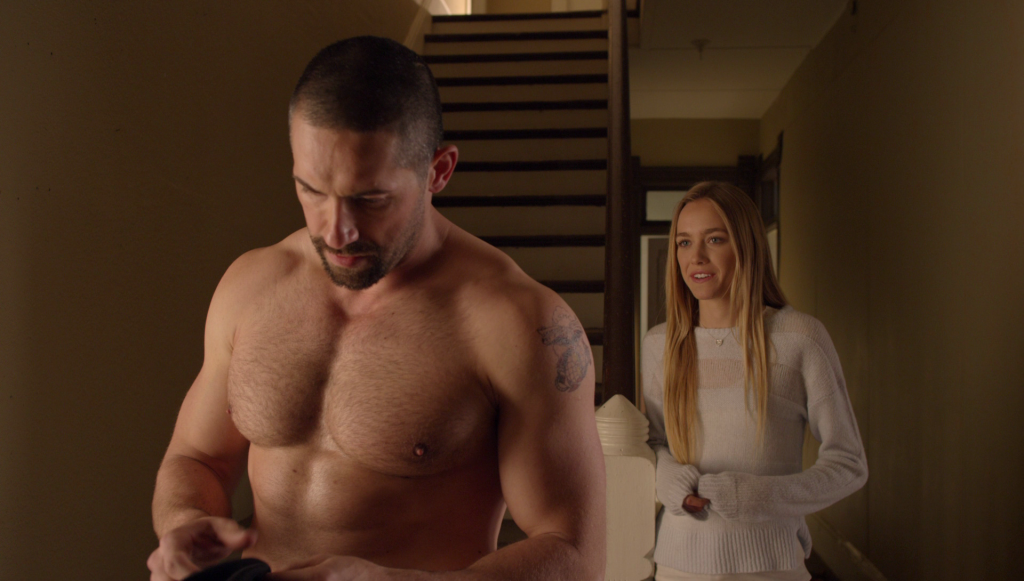 The score itself is great.  It mixes quite a few different genres including rap, urban, country, and adds in some mariachi as well.  I really enjoyed it because it was something different but still managed to fit into the various scenes and complimented them well.  I had some issues with a few of the guns sounding off, and some might have a problem with the effects during the hand to hand fighting too.  Every punch and knife into the flesh or broken neck has a very exaggerated sound.  It certainly doesn’t sound anything like an actual fight would, but that can also be attributed to the style the filmmakers wanted.  The mix itself could have had a little more bass and used the surround speakers better.

Trailers (First 3 on startup only) 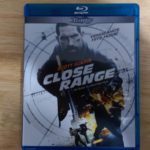 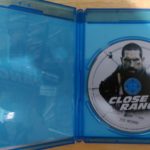 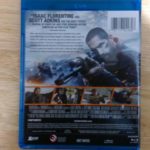 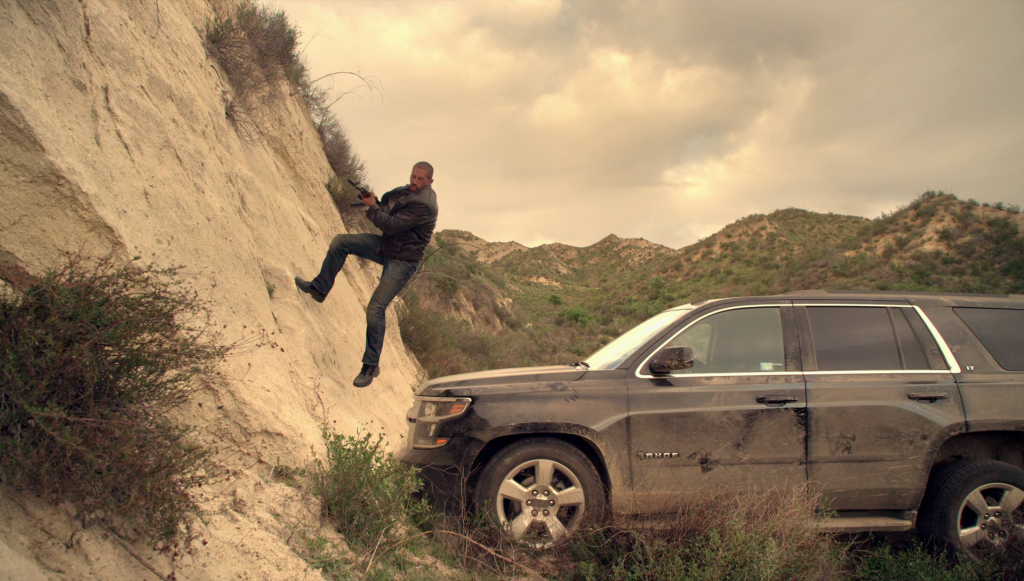 Close Range is an action packed and quick movie for action junkies.  If you require an in depth plot, then this film isn’t for you.  If you just want to see a guy who is very good at beating people up in various ways then this will be right up your alley.  I picked this up for $10 on release which I think is right around the perfect price.  Amazon has it listed as region B which is inaccurate. This is the correct one from XLrator Media.  This is the type of film I would have loved to see some more special features on, as it would have been nice to see the way they did the various stunts and shootouts instead of just gettng a bare-bones package.  I’ll definitely watch this again and hope take a chance to enjoy the wonderful world of low budget action flicks.