When embarking on filming City Lights, Charlie Chaplin would have no way of knowing the incredible impact the film would make not only in his career but in the countless lives that would see the movie for decades after he was long gone.  Chaplin may have been the most talented filmmaker that ever poured his heart and soul onto the silver screen.  Every time you sit down for a Chaplin film you know exactly what to expect, a wonderful combination of beautiful filmmaking and hilarious scenarios.  Chaplin was a true master of film during a time when films were being produced almost weekly.

He continued to stay true to the art of pantomime and used his passion to continue to make quality films over quantity.  When the “talkie” was introduced right around filming for City Lights had begun in 1928, Chaplin refused to give in and wanted to remain faithful to the art he adored so very much.  A masterpiece for the ages – Chaplin triumphs in telling a delightfully elegant, yet beautiful tale of a tramp who simply wants to win the heart of a blind flower girl.

What has the tramp gotten himself into this time?  The film opens to a new statue unveiling only to reveal the tramp using the statue as a place to sleep for the night.  We find ourselves watching as each attempt to do the right thing inevitably ends up with hilarious outcomes from the tramp.  As the story progresses, we are introduced to two of the most unforgettable characters from the Chaplin films: the millionaire and the flower girl.  Once again the tramp finds himself doing whatever it takes to win the heart of the woman he loves and in the process the audience as well. 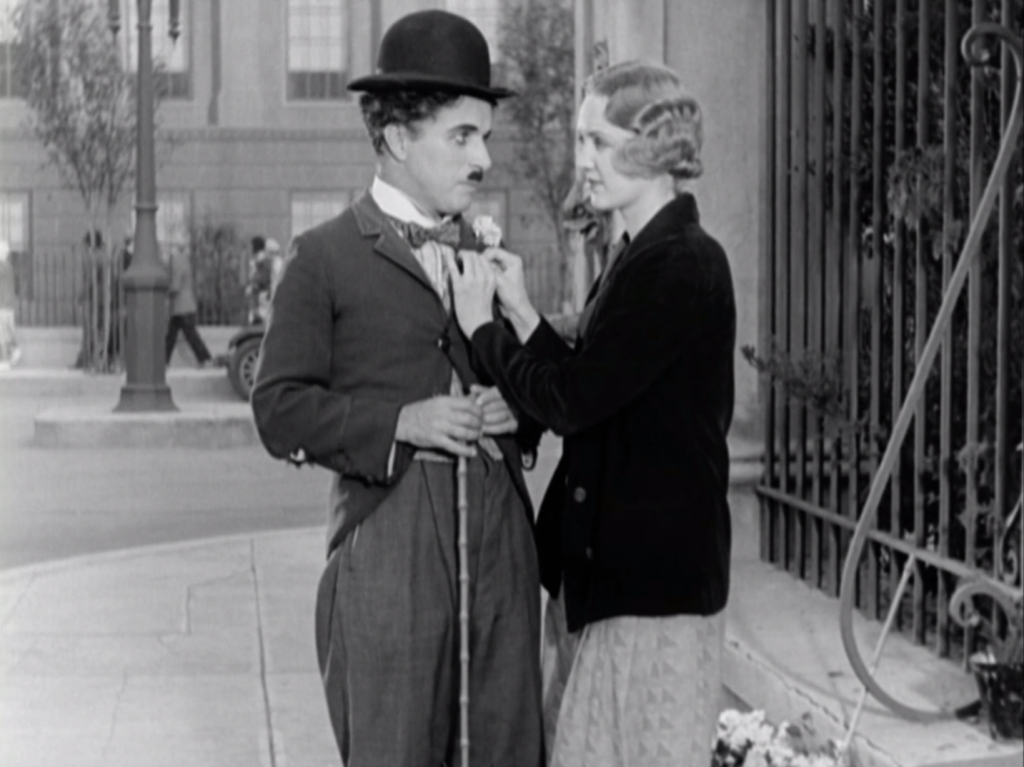 As with all criterion films, City Lights was handled with utmost respect.  It is apparent that the integrity of the film and its overall quality were the main priorities. This version has the best quality one could hope for considering the film was digitally restored from a 4k film transfer. As with most Chaplin films, the cinematography is very deliberate and well thought out.  Each shot is absolutely crucial in telling the story. 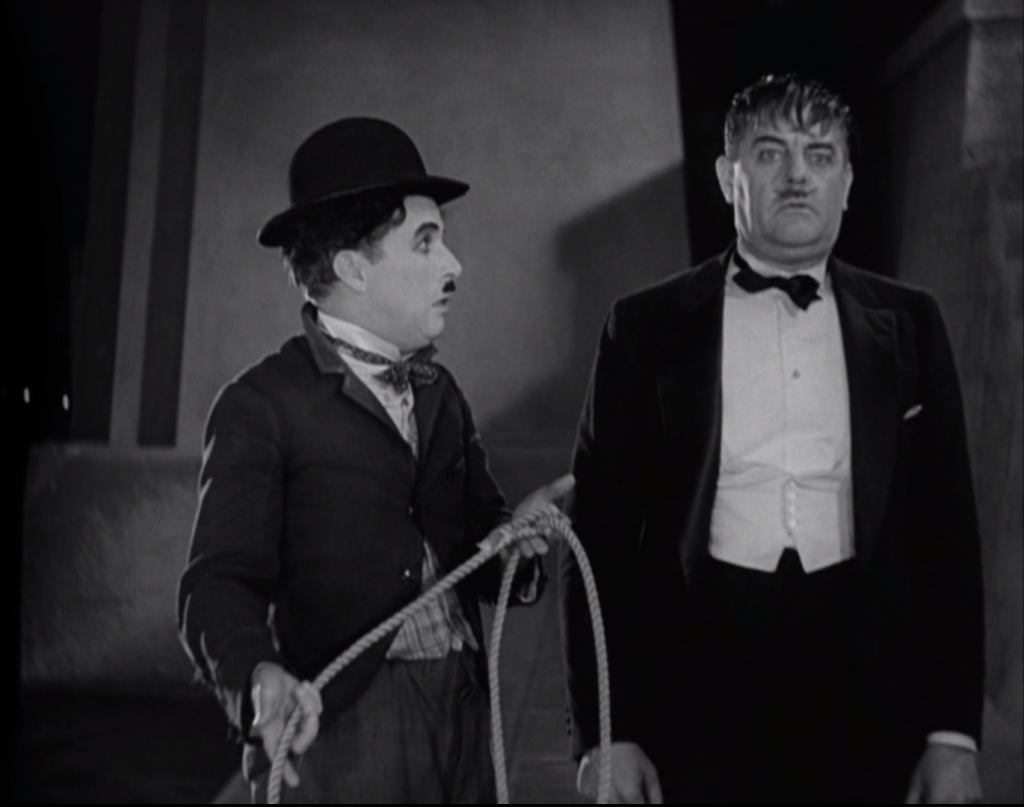 What can be said about the score of City Lights? It is an absolutely beautiful composition written with care and is one of the most remembered scores of chaplin’s career.  It is obvious that Chaplin took great great care of his work and would do anything to achieve his absolute vision.  When you consider how long filming took (almost 2 years!), the amount of takes, and the fact that he wrote, directed, starred, and composed the film, we are left believing that his complete control is the reason for such amazing results. 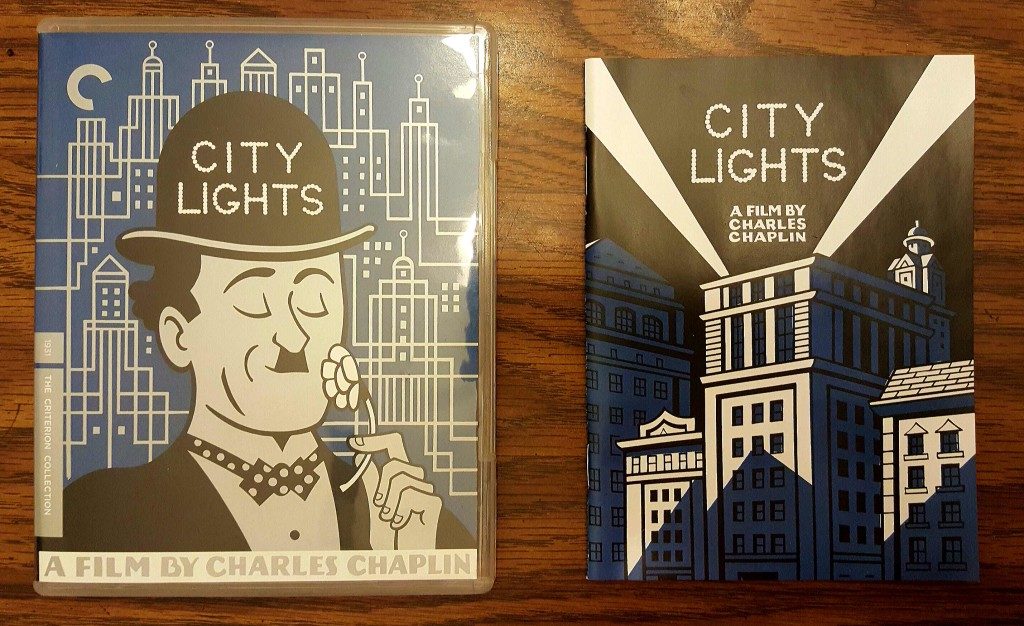 Criterion has done a great job packaging this film.  The art is absolutely wonderful and the case feels nice and sturdy.  Included inside is a booklet featuring an essay by Gary Giddins and an interview that was originally featured in the March 10th, 1967 issue of Life magazine entitled “Chaplin’s Anatomy of Comedy.”  This is also a Dual Format edition release from Criterion and includes the DVD copy as well. 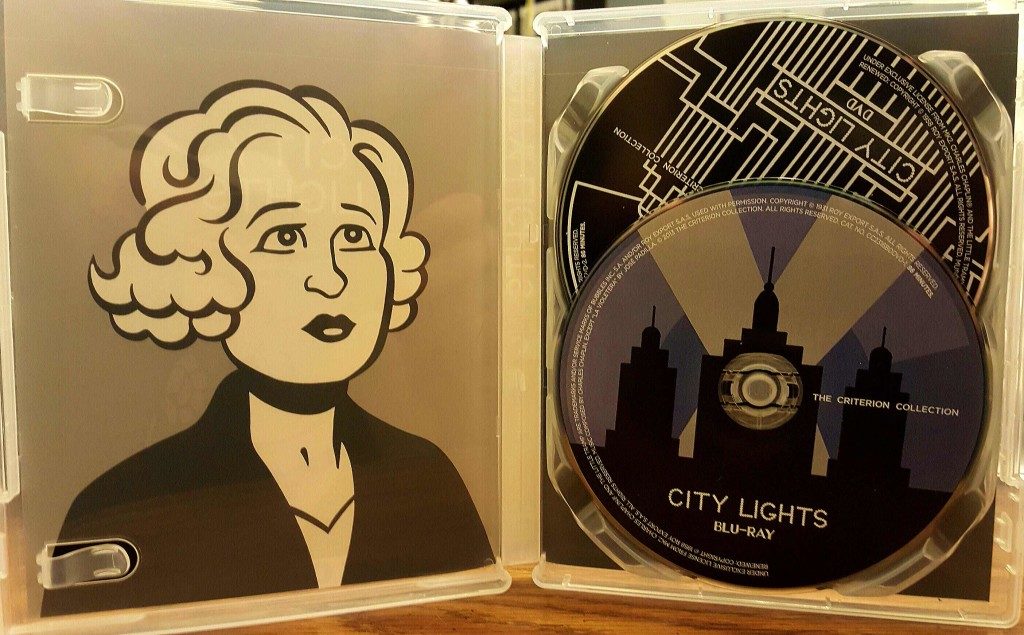 There are a lot of great special features included in this edition.  It is clear that each and every one is designed to be enjoyed by the fans of Chaplin’s work.  The Features included are as follows: 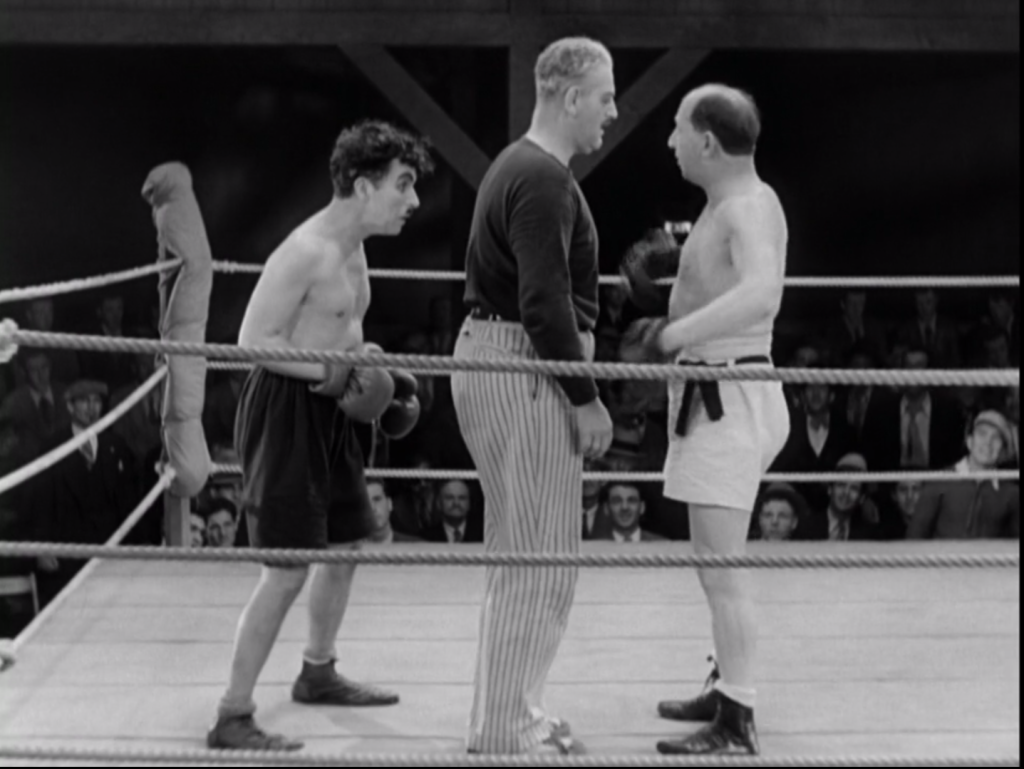 This is one of my absolute favorite films.  Charlie Chaplin was a true master of film, acting, and the art of pantomime.  He paved the way for dozens of actors, founded a production company, and changed the lives of millions.  City Lights is arguably one of his best films and took place the height of his career.  The score and performances of the film are truly unforgettable.  The fact that this film can still evoke such great emotion in audiences today is a testament to just how timeless this film truly is.  The original artwork and effort that went into restoring and transferring this film is wonderful.  This will make a wonderful addition to any serious collection, I highly recommend you purchase it here.
Overall 4.5/5 -Highly Recommended