Chupacabra Territory is a found footage comedy horror film that takes place in the Pine Forest in America. It tells us the story of four unfortunate campers who find themselves in a life-threatening situation after they stumble upon the infamous chupacabra. Joe, well he’s a sex-starved average guy. He’s never been camping before. After telling Amber, his object of desire as well as an amateur crypto zoologist, that he has lead several camping expeditions in search for the chupacabra, she begs him to take her into the woods. Knowing well that this will be a great change for him to get into Amber’s pants, he must do some research on the chupacabra and become more knowledgeable to become a more competent outdoor guide to play into the facade. After he gets all of his gear, he hires Dave, an amateur cameraman to film and document their adventures.

Amber brings her cock-blocking, metro-sexual friend Morgan along for support. The four of them head into the woods with a ton of gear and very little experience. After Joe violates several of the “Code Of Camping Survival Rules”, their search starts falling down a path towards taking a turn for the worst. Joe’s continued poor judgement leads the group into a mess of chupacabra activity. Will they be able to fend off the potential for attack from these legendary viscious beasts, or will they all perish for their mistakes?

Doing some research into the origin of this film, Chupacabra Territory had started out as a crowd-sourced film. Funded on the known website, Indiegogo; the film only went on to make 27% of its initial goal and was later backed financially by someone who supported the production of the film. Written and Directed by Matt McWilliams, the film features Alex Hayek, Bryant Jansen, Michael Reed and Sarah Nicklin; this movie is also referred to as Lair Of The Beast. 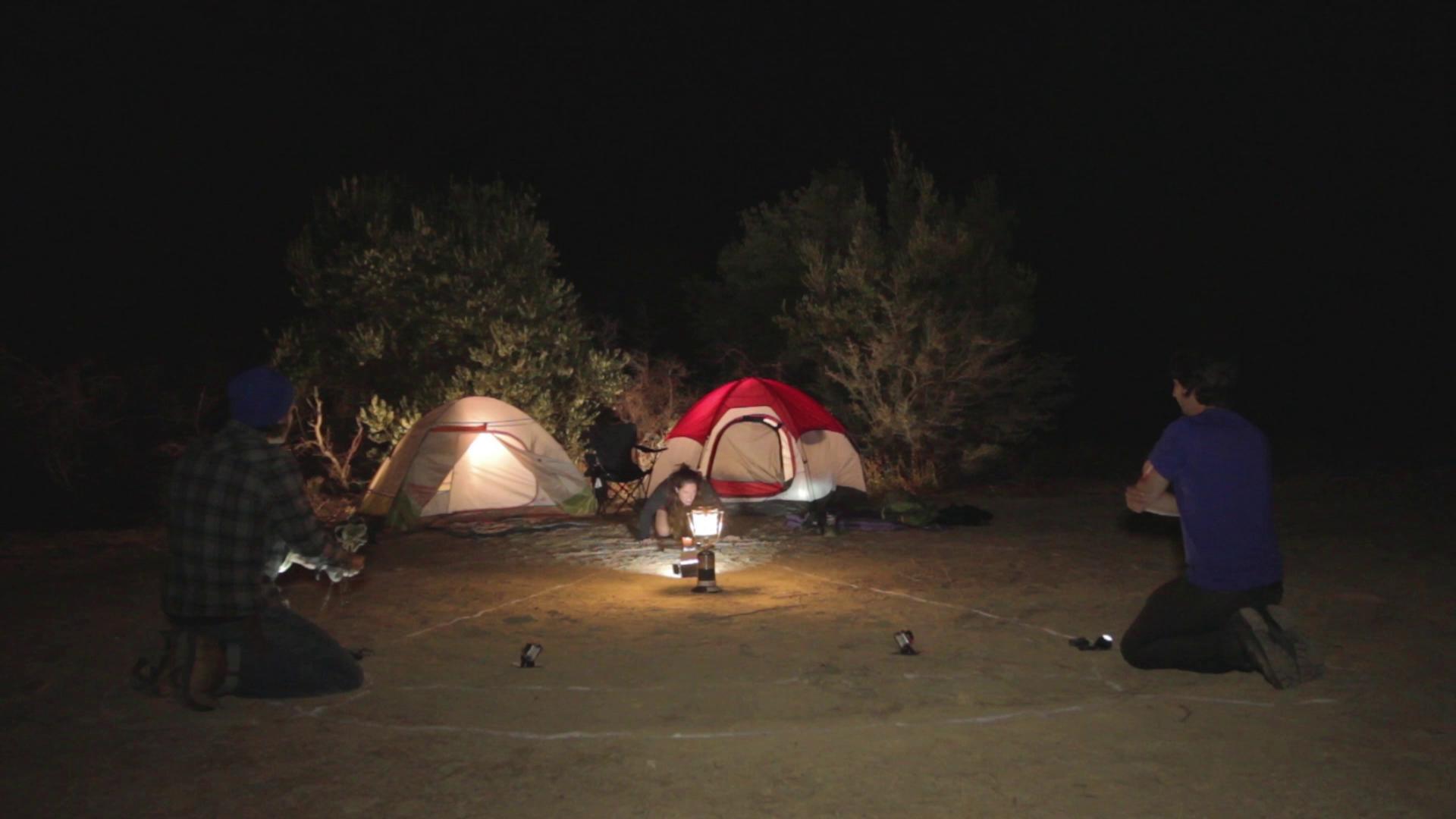 Chupacabra Territory … well … this movie really surprised me.  Going into this film and seeing that it was a “found footage” film coupled with the fact that they only made roughly $800 of their $3000 funding from their IndieGoGo campaign, I went into this expecting the story to be considerably rough.  Instead, we are given the story of a few younger people who are out to find evidence of  the mythological creature that’s supposedly been plaguing the area.  The story, the strife that these people go through was really well acted.  The film itself does have that low-production feel about it; I mean, it is basically The Blair Witch Project with a different scare tactic. 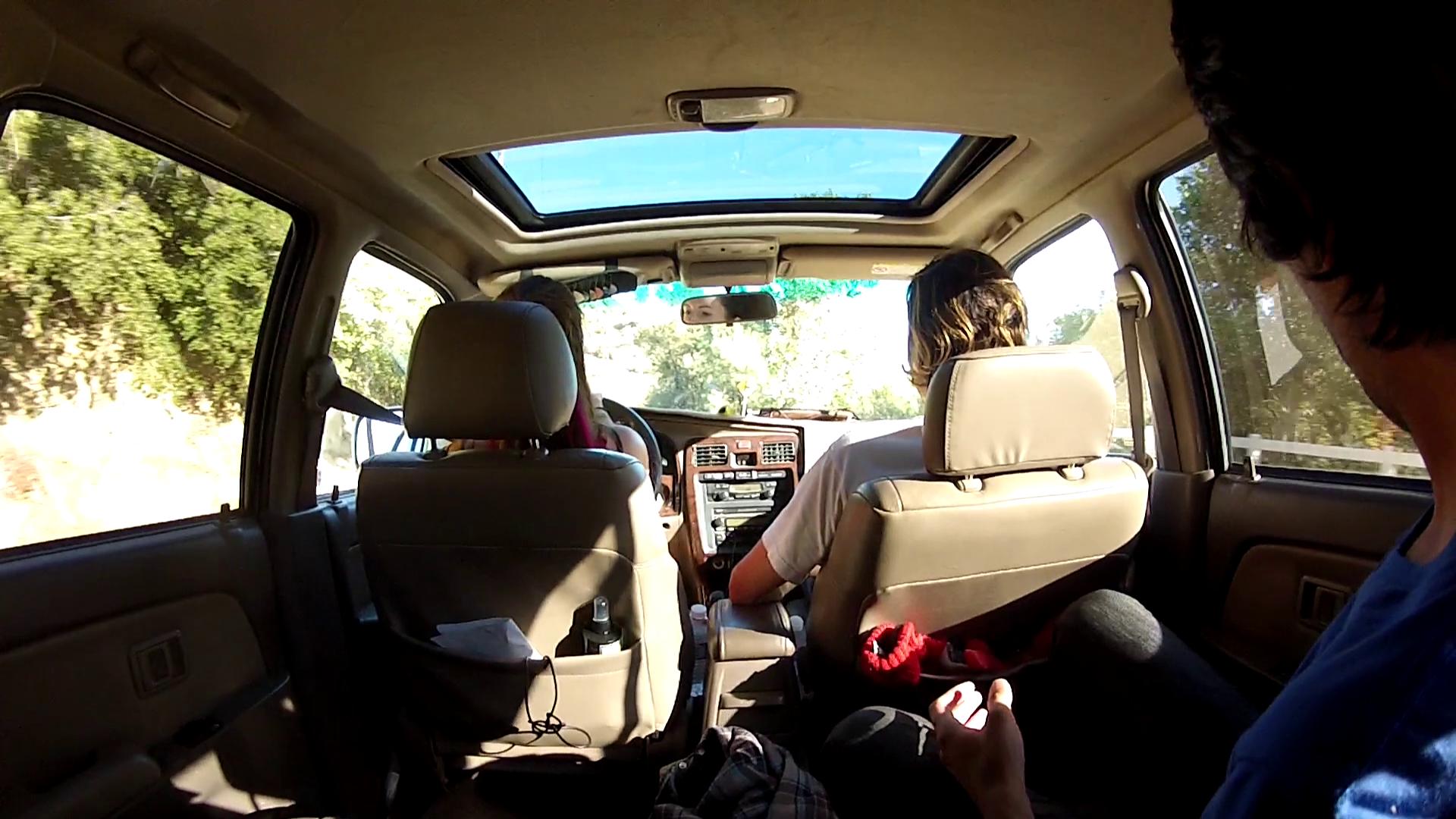 Chupacabra Territory comes at us bearing the ever-loving 1080p resolution; promising home audiences a crisp, clear experience.  The Blu-ray release of this film certainly doesn’t disappoint in terms of visual appeal as everything is considerably crisp and clear.  Giving audiences an extremely vivid color palette despite the dark undertones of the scare they are after.  Considering the films low-budget, they did an extremely fantastic job at eluding to the presence of the chupacabra as they are becoming exposed to the entity more and more.

Coming packaged with a Dolby Digital 2.0 audio track, Chupacabra Territory really didn’t sound all that bad as it played out through my home theater system.  There wasn’t an ounce of distortion in the audio track throughout the film; however,  I would’ve loved to have seen it come bundled with at least a 5.1 audio track and offer a much more immersive experience.  The range in the audio was really well done at conveying the general undertone for a given scene and allowed for my wife and I to easily follow along. 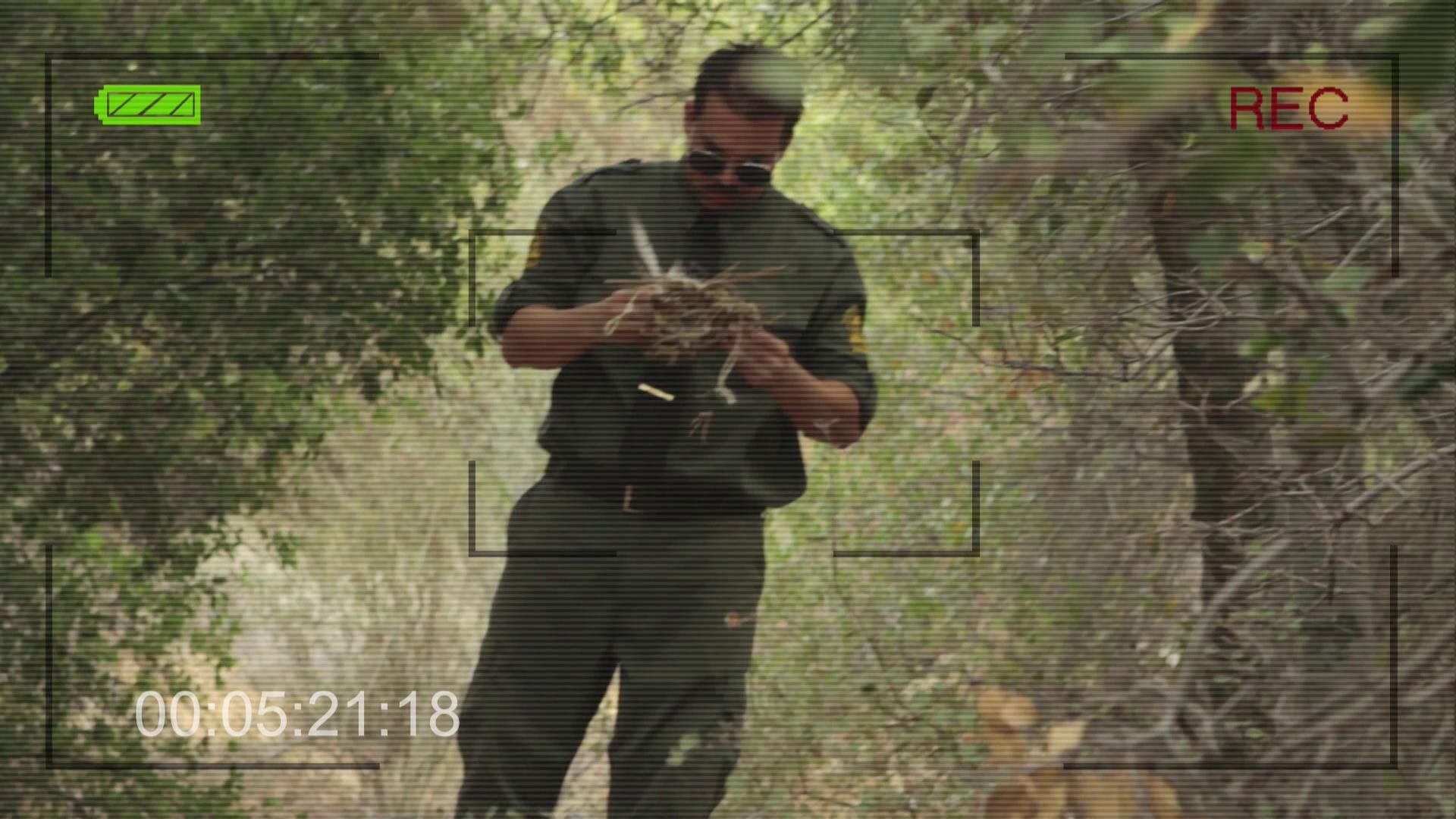 Chupacabra Territory comes packaged in your standard clear Blu-ray amaray case.  Contained within that case is the standard Blu-ray copy of the film.  There is no DVD copy of the film nor is there a digital copy included.  There is no slipcover available with this release.  The disc art of the Blu-ray does not feature any artwork outside of the typical text containing the name of the film. 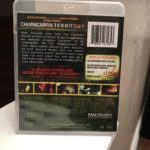 Considering all of the information that I was able to dig up about Chupacabra Territory, I was pleasantly surprised to see that any bonus features were included at all.  While I didn’t get to really pay complete attention to them as a result of the recent site issues, I was really glad to see what was provided and the material contained within.  Included with this release is: 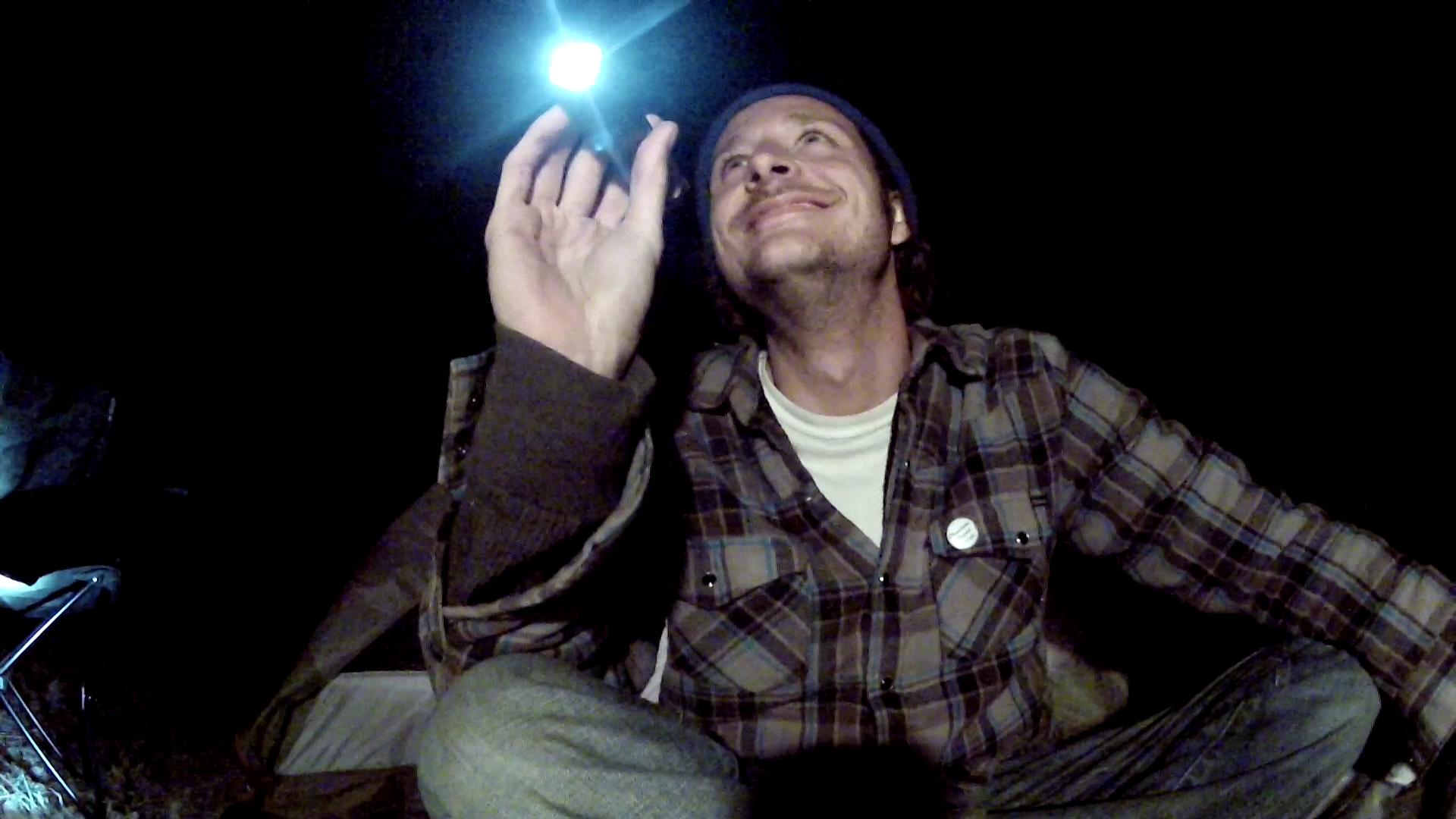 As you can see above, I was surprised with what the Blu-ray release of Chupacabra Territory had to offer.  The story, albeit overdone and extremely predictable, wasn’t all that bad.  There’s the sense of adventure as they seek out the mythological being, the sense of fun to be had as they party in the woods and the overall feeling of being freaked out as they experience the presence of what it is they’re seeking out.  There’s a decent amount of additional bonus features that allow you to dive deeper into the creation of the film and those who worked on it.  The visual and audible presentation was really well done; however, the audio could’ve definitely been better.  That said, I would definitely recommend picking this film up should you come across it at a decent price. 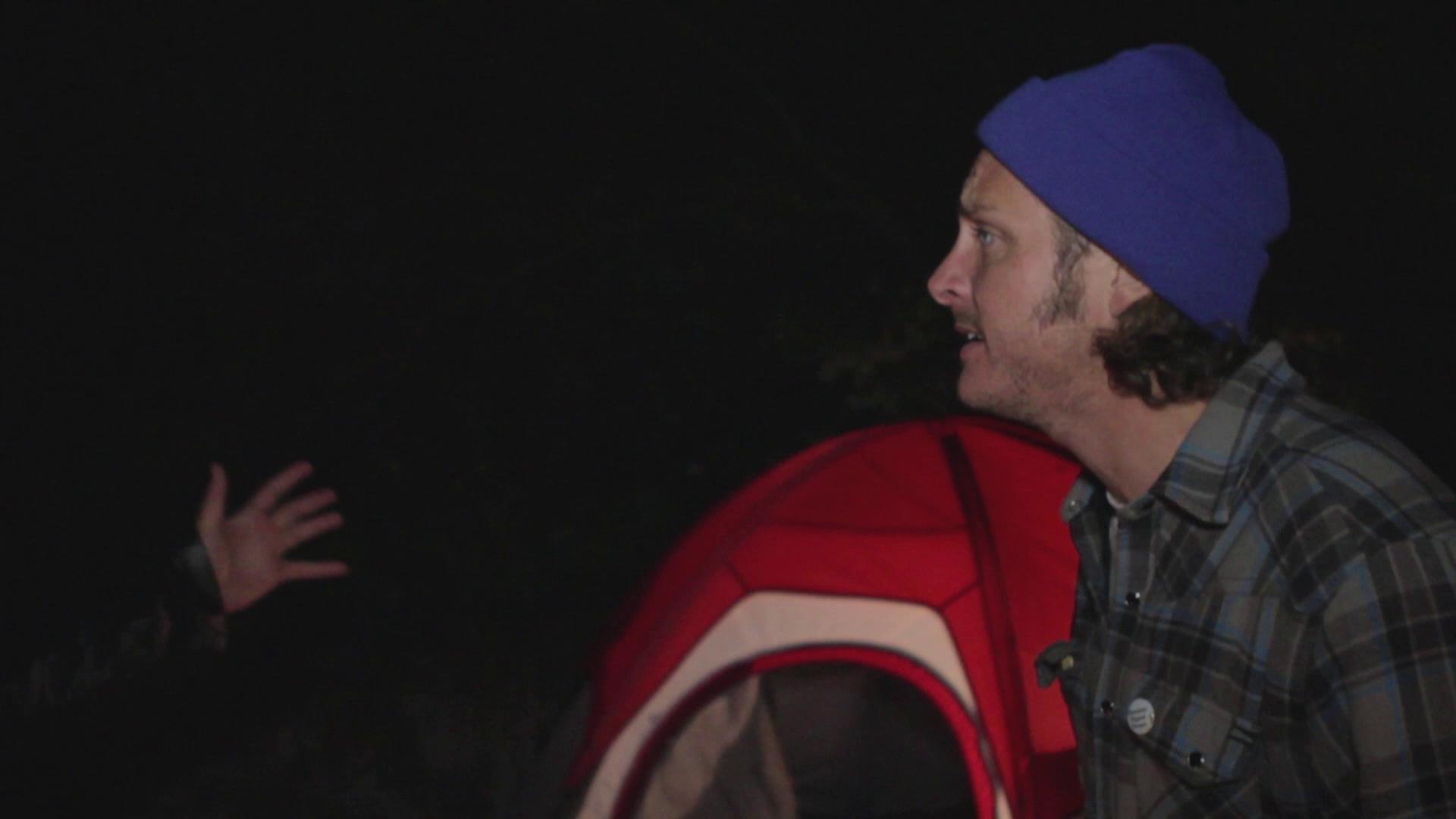