Brought to us by MPI Media, Cherry Tree is an Irish horror film that opened the Fright Fest in London, and has since received middling reviews online. So is it as bad as the net would lead you to believe? Are there any redeeming characteristics for this Blu-ray? Let’s find out.

Cherry Tree is a film about a coven of witches that draw their power from underground human sacrifice at the roots of a large tree (I’ll give you two guesses as to what kind). The blood that is let loose from these sacrifices feeds centipedes that grant them magic. This is quite convenient for Faith, a student at the school where the leader of the coven works at for her day job.

Faith’s father has been given the news that his illness is terminal and he has months to live. So when her teacher approaches her with the promise of saving her father for the low, low price of carrying a child to term for the coven, Faith willingly accepts. A ritual and some sex later, we find Faith’s father healed and Faith carrying an unnatural baby that will be born 6 weeks, 6 days, and 6 hours after conception.

It’s only after Faith discovers the covens true intentions with the baby that things start to spin out of control, and things go from strange to outright bizarre.

While the plot is somewhat interesting, the acting and tone of the film sometimes gave off a television drama, almost soap opera feel. For me, this turned a would-be horrifying experience into a fun-to-watch quirky one, which some people will probably not enjoy as much.

If you can embrace the tone of the film, there is plenty of fun to be had here. There’s a good deal of blood and gore to satisfy, and there are some cool and interesting locations that you will see. The coven has a pretty dark and dank underground crypt that is actually quite scary looking, and their rituals are unique and twisted.

If you’re looking for a deeply terrifying experience, you won’t find it here. But if you want some bloody, not so serious fun, Cherry Tree might be worth your time. 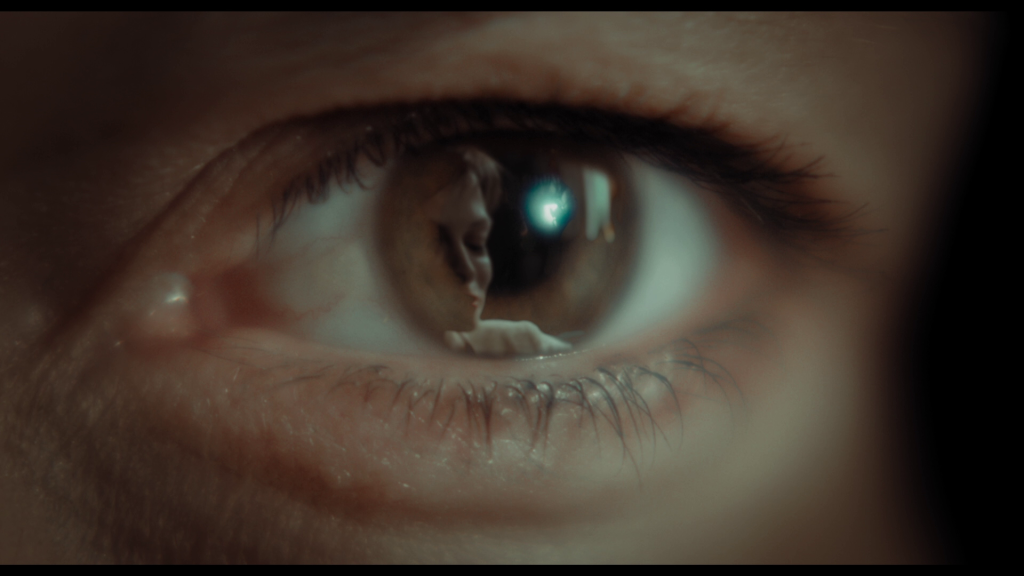 While the film itself may disappoint some, the video quality should not. Shot digitally, the picture remains true to color and has some great detail, even in the many darker shots. The effects all are convincing, save for a couple close up shots of centipedes feasting on flesh, but that adds to the charm in my opinion. I didn’t see any artifacts or other disturbances throughout the film. 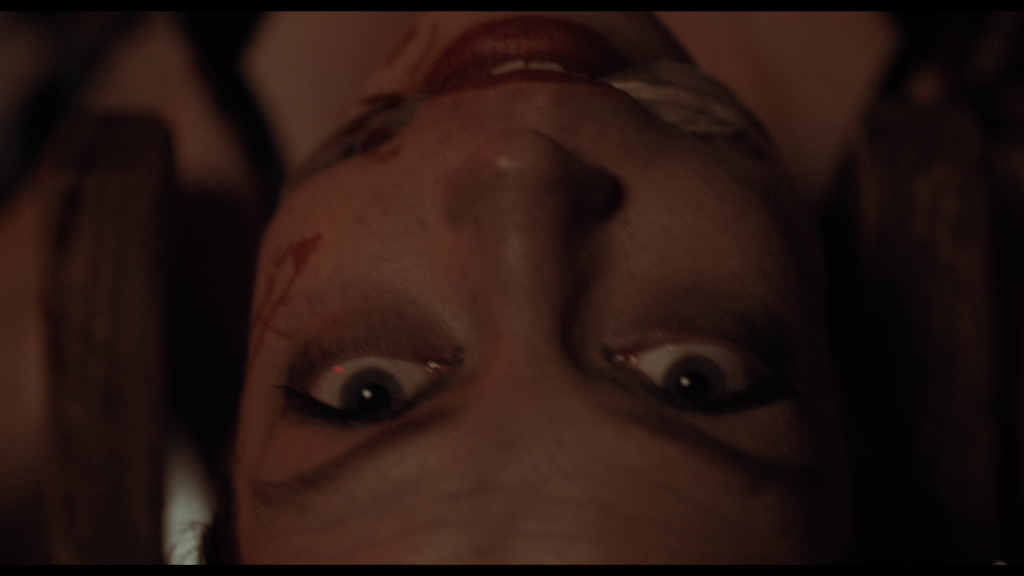 Cherry Tree features two audio tracks, a Master Audio 5.1 and an LCPM 2.0. This is fairly standard for MPI, which is appreciated.

This movie uses several gimmicky tricks to add to the ambience during several scenes. Small sounds such as creaks of a door, the sound of a centipede eating through skin, etc, all come across unnaturally loud. While this can add to the intensity in a few places, it was somewhat overused and ended up being more of a nuisance than it should have been. This is especially frustrating because the dialogue levels are lower than desired. Some lines get lost in the sound effects, and the variance of volume was enough to force a rewind once or twice.

On the bright side, there are some good sound effects, and the surround was convincing. Overall, this wasn’t too terrible to listen to, but there are some obvious missteps in the editing. 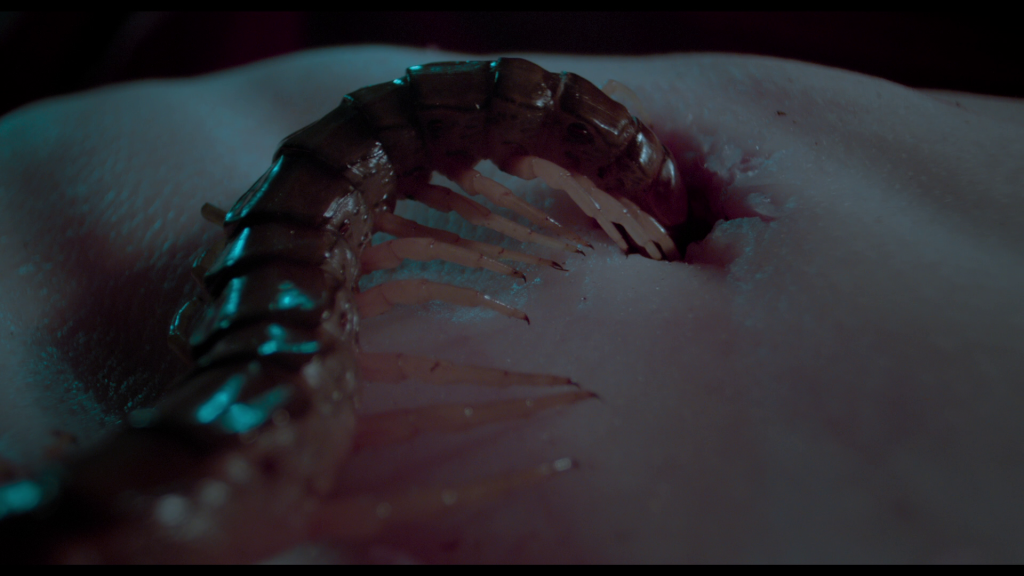 Cherry Tree was given the standard Blu-ray release, in a blue case with a one sided sleeve and art on the disc. While not surprising for a smaller release such as this, double sided art or a slipcover would have been much more exciting. 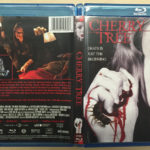 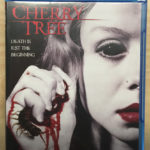 There aren’t many special features with this one, which unfortunately seems to be the trend as of late. We are seeing more and more releases with one or two small featurettes, a trailer, and nothing else. I would urge distributors and film-makers to realize that fans really do appreciate the extra work here. Included in this disc are:

Cherry Tree firmly fits in the category of ‘Horror films that aren’t amazing, but fun to watch’ for me, and, while it may not be one to watch many times for some, I can see myself coming back to it in the future for something not too serious and a little on the dark side. If you love all things horror, this is probably worth picking up, you just might have some fun with it. 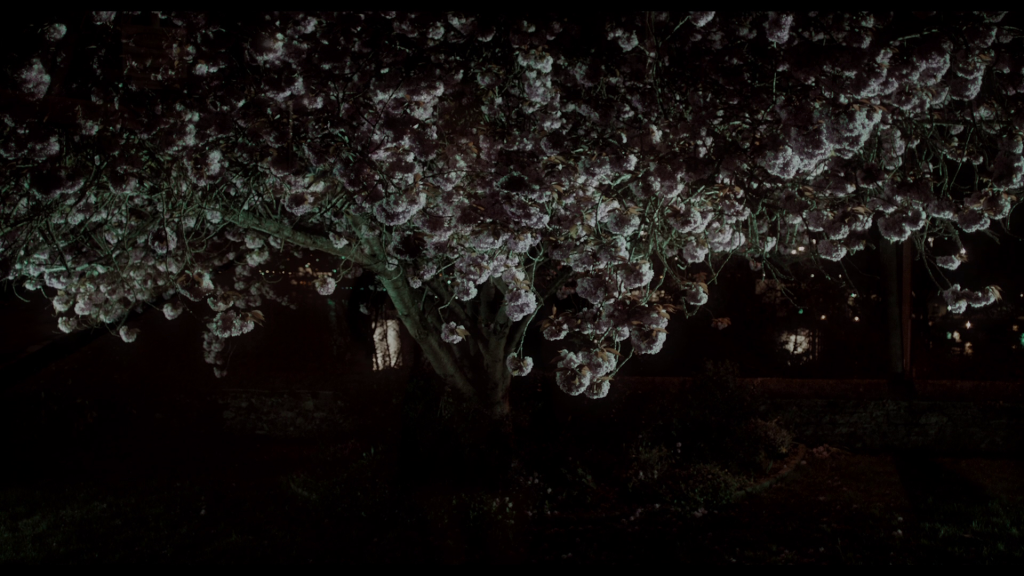 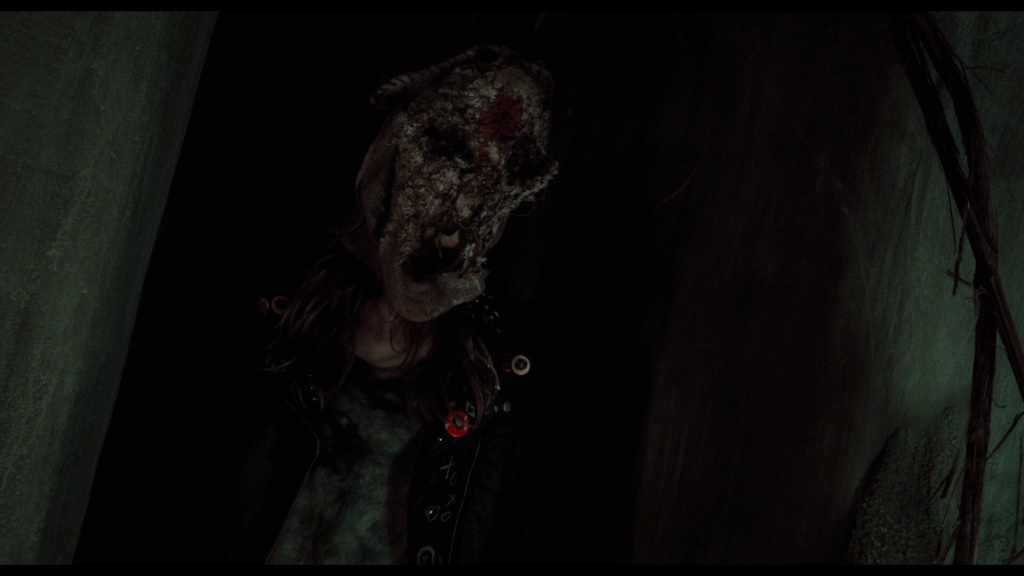