If there is one genre of cinema that has been ripped through the ringer, dragged behind a car, beaten to a bloody pulp, and then backed over by that same car, it is the slasher. It is a genre that has created cultural icons, profited in the billions of dollars, and withstood the test of time all without ever truly evolving. Sadly, even the good ones are missed by most eyes, but with a company like Scream Factory around we can give these films a second chance at life! Lets take a look at one of the more recent releases, Cherry Falls! 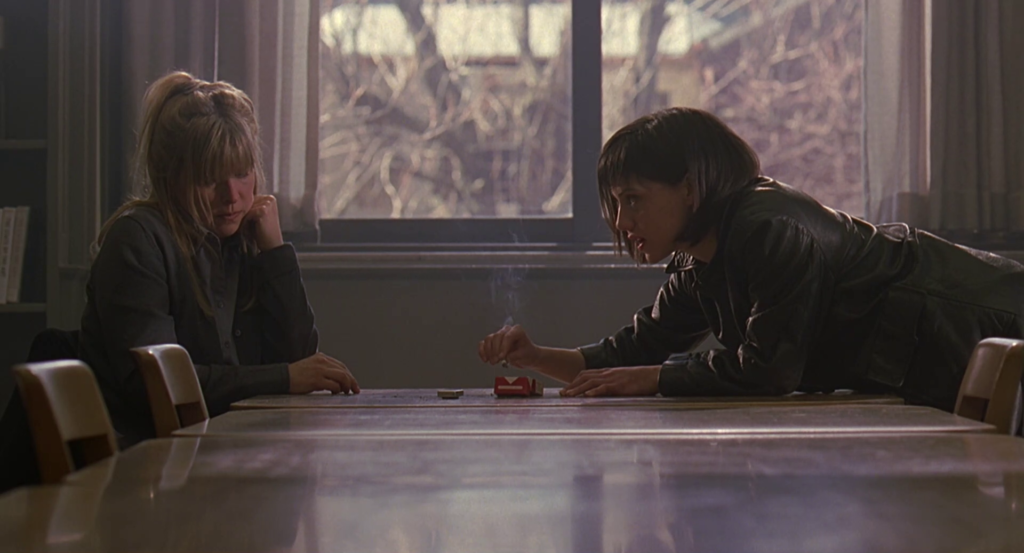 Lets just go ahead and get this out of the way right now, this is a score that is clearly graded on a curve. A 4.5 for Cherry Falls does not equate to the same 4.5 you would give The Force Awakens. (Even if weirdos like me do enjoy things like Cherry Falls more) Now with that being said Cherry Falls does rise well and above typical slasher fare. Certainly we have a higher level of talent in front of the camera than most slashers with veteran genre actor Michael Biehn, comedian Jay Mohr, and the late Brittany Murphy all eating up the scenery. It’s also a gracefully shot movie, giving it a much better look and a higher quality than most films of the genre.

Most importantly though what sets Cherry Falls apart is that it actually has a fun story that in turn makes for a creative take on the genre. The typical trope of “you have sex, you die” is thrown out the window here because this killer is only targeting the towns virgins. Beyond that little bit of “meta-horror” its the usual whodunit mystery. A good pace, some little twists and turns, and a wonderful finale will easily keep your attention. The conclusion to the mystery may leave something to be desired for some but I found it comparable to the zaniness of “giallo” films. Cherry Falls is much more Deep Red than it is Friday The 13th, yeah I said it! 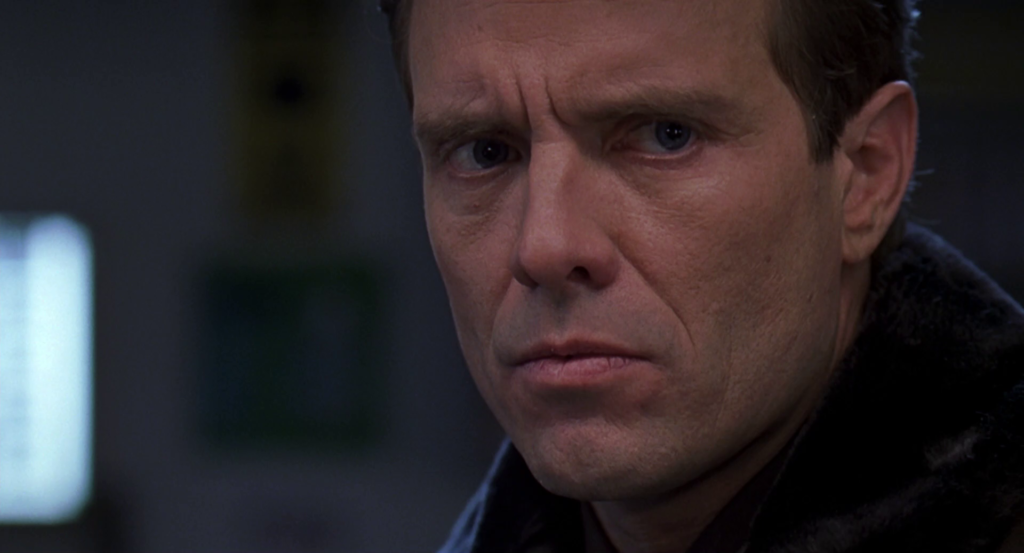 Brittany Murphy takes the lead as Jody Marken, a goth style virgin in a meddling relationship with her boyfriend, Kenny. Murphy brings that charismatic weirdness to the role like only she could muster. Her father played by Michel Biehn, is sheriff in the town of Cherry Falls and once the town virgins start piling up dead, its up to him to figure out who is behind the brutal slayings and relive a dark secret from the towns past. It’s a simple but effective murder mystery.

Sadly Cherry Falls was neutered by the MPAA before being rolled out as a TV only affair on the USA Network. I assume there is no unrated cut to be found or it would be included here. So while this film shines in story, acting, and cinematography it does severely lack in gore and nudity! Glimpses of what could have been are spattered throughout but it never gets to the level that a gore hound like me desires. Don’t let this deter you though, as there is still enough bloodshed to go around, especially for the easily squeamish. 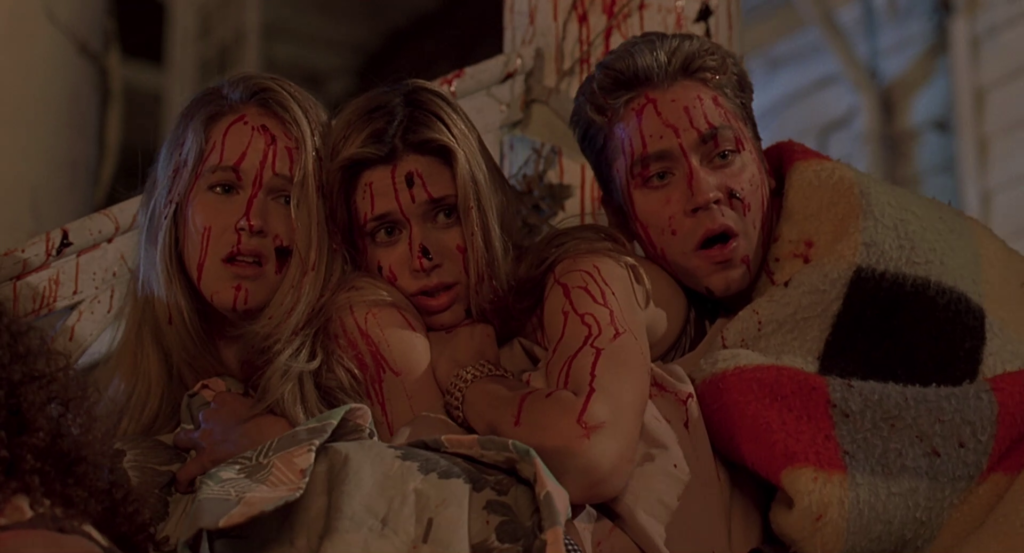 Video Quality (4.5/5):
Scream Factory didn’t have to put in too much work to make this one shine. Hailing from the year 2000, it is much more recent than their usual releases. It was shot on 35mm film with Panaflex Cameras, so this film truly is great in the visuals department. The image is crisp and filled with color that pops off the screen, which is a welcome sight in the horror genre. With cinematographer Anthony B. Richmond behind the camera, who’s works range from The Sandlot to Candyman to Legally Blonde, you won’t have any complaints about how the film looks on this release! 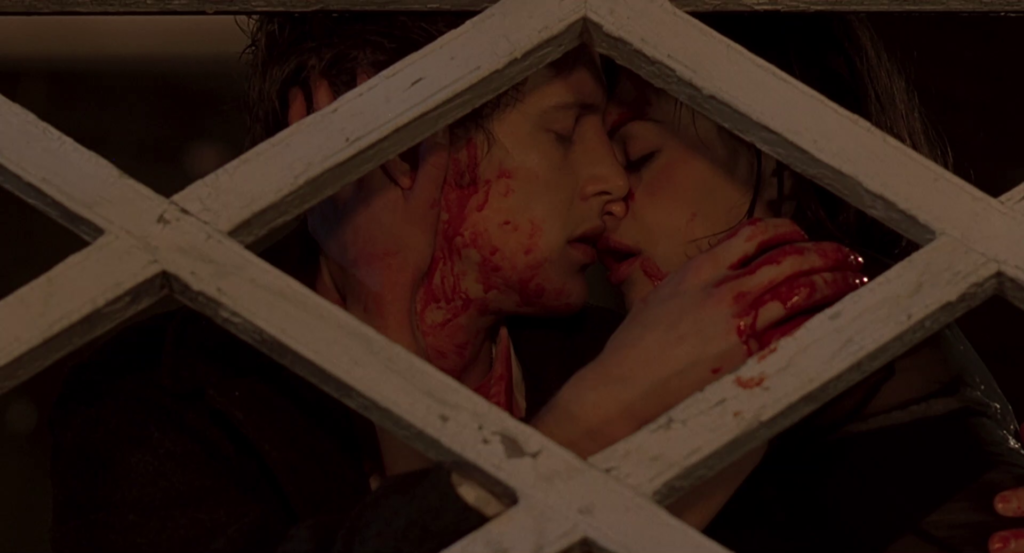 The film comes with DTS-HD Master Audio in Stereo, there is nothing to really complain about audio wise but also nothing that is going to blow you away. It’s a horror film with horror film sound effects, complete with a totally forgettable teen rock horror soundtrack. It is completely serviceable and sounds just fine for what this movie is. 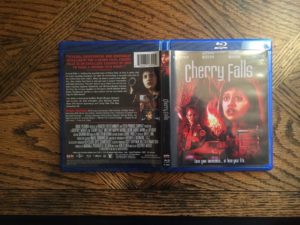 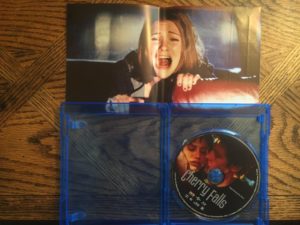 Unfortunately this didn’t garner the Collectors Edition banner from Scream Factory which means no slipcover to go over the standard case. I know, I know. We do get some new artwork on the sleeve which looks great and works wonderfully for the film. No reversible artwork is included but there is a screen capture from the film on the reverse side of the sleeve.

Even without being a Collectors Edition we still get some goodies on top of the movie on this new release. A brand new audio commentary with director Geoffrey Wright, interviews with writer Ken Selden, producers Eli Selden and Marshall Persinger round out the new content here. Unfortunately we don’t get any new insight from Michael Biehn or Jay Mohr. There is the inclusion of an archive featurette with interviews from Mohr, Biehn, and Murphy. Some behind the scenes footage, the original trailer, and a script (BD-Rom) finish us off special features wise.

This new edition of Cherry Falls might not quite be a Scream Factory collectors edition but its definitely a worthy release of this under-the-radar slasher. It’s a release worth checking out if you’re a genre fan, as there is a bit more than meets the eye with this one.