Central Intelligence is a 2016 American comedy-action film that was directed and written by Rawson Marshall Thurber, and starring the comedic duo of Kevin Hart and Dwayne Johnson as two old high school friends who team up to try and save the world from a terrorist who has the intent to sell secure satellite codes.  Also included in the cast were Melissa McCarthy, Aaron Paul and Amy Ryan.

This film made its US theatrical debut in June 2016 and ultimately received mixed, mostly positive reviews.  At the end of its run, Central Intelligence grossed $215 million worldwide against its $50 million budget. 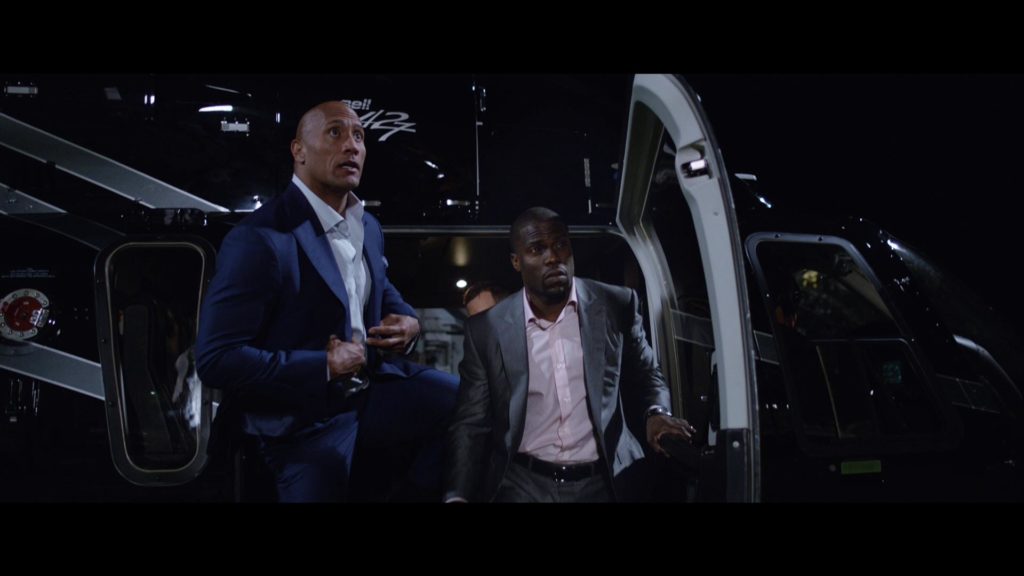 Overall, Central Intelligence was a fun experience.  This movie was filled with the type of humor that you would expect out of the comedian Kevin Hart as well as some on the edge of your seat action; which is something I would expect out of a film that stars Dwayne Johnson as he’s more recently notorious for his action sequences.  The story line that this movie gave us was pretty solid and maintained very well throughout.  It was nice to see the occasional comedic input from Johnson, with him having a lot of action based roles throughout his acting career, I really enjoyed seeing the lighter side of his personality on screen.

My biggest complaint with this film is definitely the fact that there were parts that felt as if the cast were trying a little too hard at being funny.  While the majority of the funny parts definitely had that “with the flow” feeling that you would want to have in a film like this, the forced comedy just didn’t sit well with me. The chemistry between Hart and Johnson was excellent, as were the cameos, but there were definitely those cringe-moments where something just wasn’t working, but it was left in the script. There is an Unrated version included with the film, which adds around 10 minutes to the run time and delivers on more f-bombs, but it wasn’t groundbreaking. I preferred the Unrated version, since this movie always felt like it should have been an R-rated comedy rather than the PG-13 version which was cut for theaters, but money talks, and studios continue to water down movies of all genres to get that sweet PG-13 box office cash. 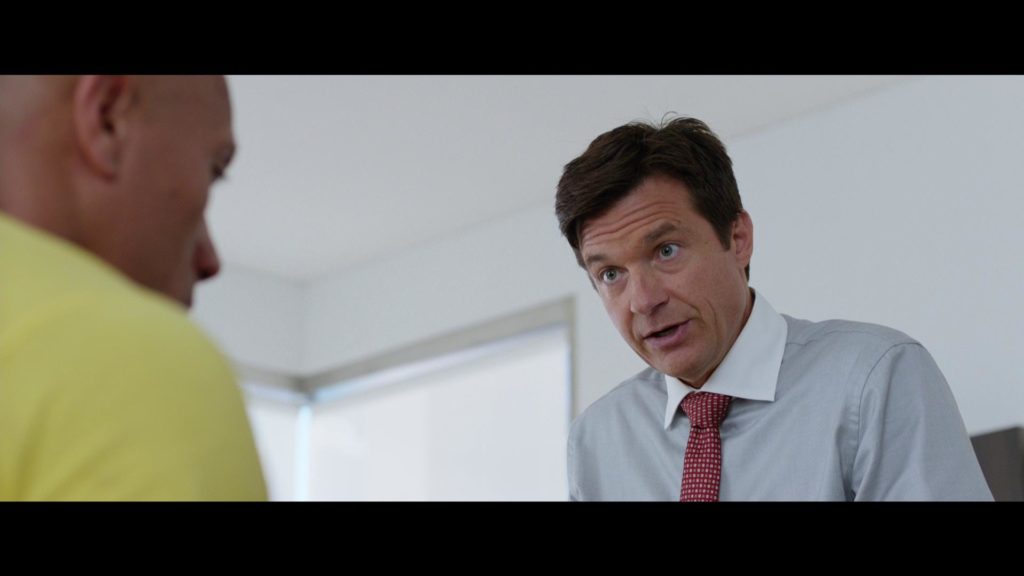 To be fair, I expected a lot more in terms of quality with watching the UHD release of Central Intelligence.  While it was shot in 2.8k and having a 2k digital intermediate, the purchase of this film in 4K UHD was not worth the extra money at all. There have been other upscales from 2K to 4K that seem to display a worthy UHD experience, but this was not one of them. Sure the inclusion of HDR made the colors pop, allowing for the scenery to look really nice, and the occasional dark sequence wasn’t bad with the deeper blacks, but I felt as if I wasted my money grabbing this film in UHD.

It is completely understandable and obvious that studios are pushing the new format, but if you’re going to release something in this new format, plan your releases better.  I’m sure there’s an increase in production costs with this new format, so I feel that they should rethink the releases they release on it rather than saturating the market with them. Clearly, comedies like Central Intelligence are not earth-shattering visual masterpieces, and so the format really does not make much sense for this type of film. If the sales numbers justify it, then I will stand corrected, but I can’t imagine may people running out to grab this movie on UHD. The resources could have been better spent creating a new scan of an older movie, or releasing a recent title from the past few years on UHD that was actually finished in 4K and features the visuals worth upgrading for.

Making use of a DTS-HD Master Audio 5.1 track, Central Intelligence really shined when coming through my home theater system.  Considering the various action sequences that are in this film, I would’ve personally loved it more had it included a Dolby Atmos track.  With the use of Dolby Atmos, it would’ve allowed the viewer to become more involved with the film.  While a 5.1 audio track does offer its fair share of immersion, having the additional angles would’ve allowed for a much more enjoyable and immersive experience. One of the draws of the UHD format is the extra disc space, which is supposed to allow for upgraded audio like Dolby Atmos, as well as fitting the higher resolution and HDR. However, this really felt like a Blu-ray release in a black UHD case. The audio was fine, but I still see no reason to upgrade to UHD over Blu-ray. 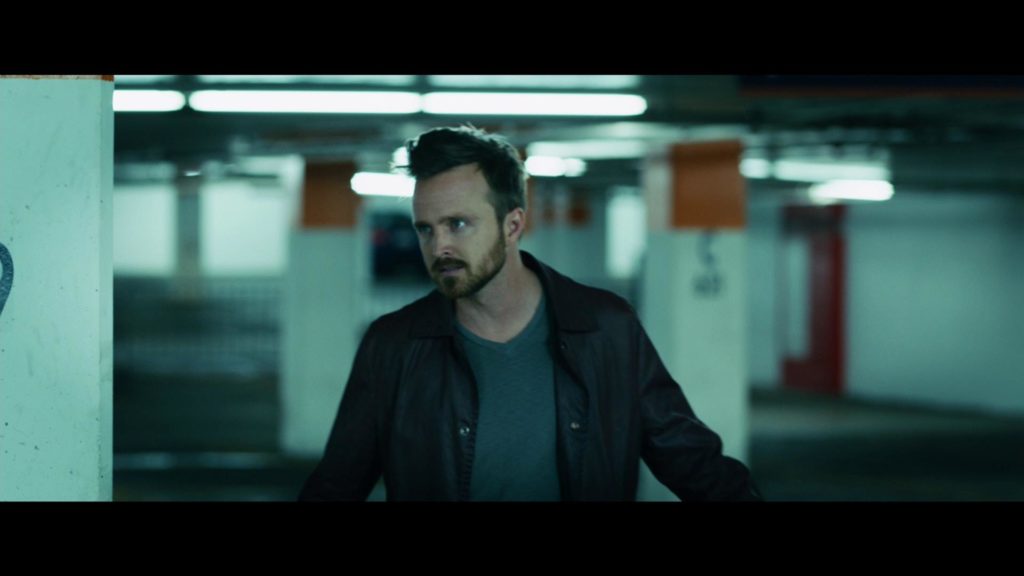 Central Intelligence comes packaged in your standard amaray case as we’ve seen with all other UHD releases.  Contained within the packaging is your standard UHD release, standard Blu-ray disc as well as a digital copy redemption pamphlet allowing you to add this film to your personal digital library.  Included on both discs is the theatrical release as well as the unrated release.  The included digital redemption code is redeemable for the theatrical version only.

Central Intelligence comes packaged with a variety of specials in both the rated and unrated form.  Matching the available experience of the film itself, the additional content allows the audience to explore the film even more as well as share some of the laughs that the cast had while making this film.  Included with this release is: 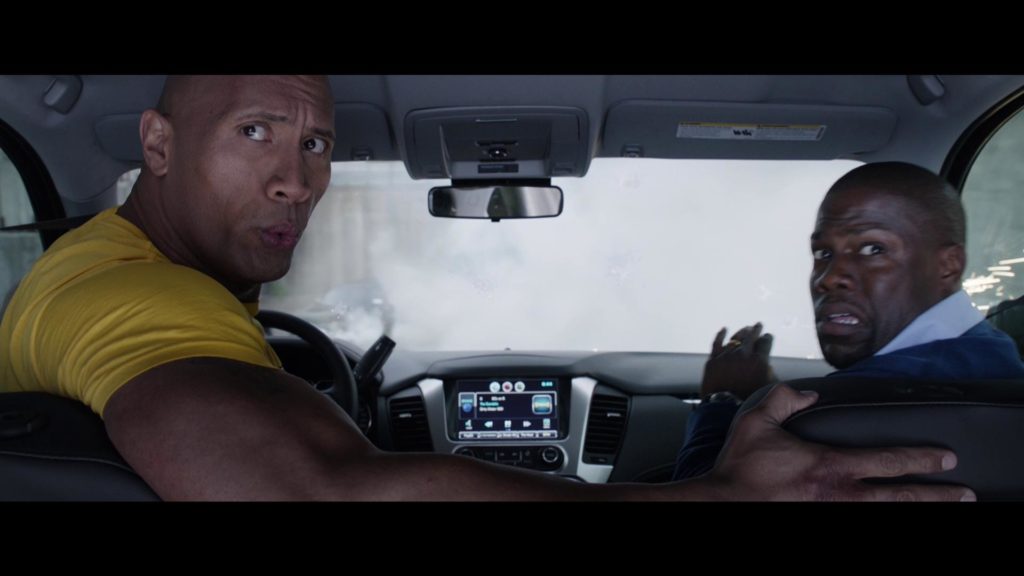 Generally speaking, I had a really good time with Central Intelligence.  It definitely made me laugh throughout, it kept my attention as I waited to see what happened next.  Overall it was a great watch despite the couple of bits that felt forced from the cast.  The audio and video quality of the presentation was really good, however it wasn’t anything fantastic for being a 4K UHD release.  Considering the quality, I feel that I should’ve opted for the standard Blu-ray release of this movie and saved a few dollars.  The 4K resolution of this release didn’t really have any added benefit, nor did it feel that it was worth the investment in this release.

One additional thing that is worth noting is the UHD release that I viewed experienced a couple of lock-ups.  Having the screen freeze twice while viewing was a rather obnoxious considering this is a brand new release.  I’m not sure if it is an issue with my personal copy or if it a result of an error during the manufacturing process; however it should be noted so people are aware of it. There have been notes of HDMI handshake

If you’re someone who enjoys a good, laid back comedy that has some really well-designed action sequences, I would definitely recommend picking up Central Intelligence for your home library. Also, if you are a fan of Kevin Hart or Dwayne Johnson, this is a must-see; their chemistry is excellent, and here’s hoping that they become a comedy duo in future films. Just do yourself a favor and avoid the UHD release of this film; go with the standard Blu-ray instead. 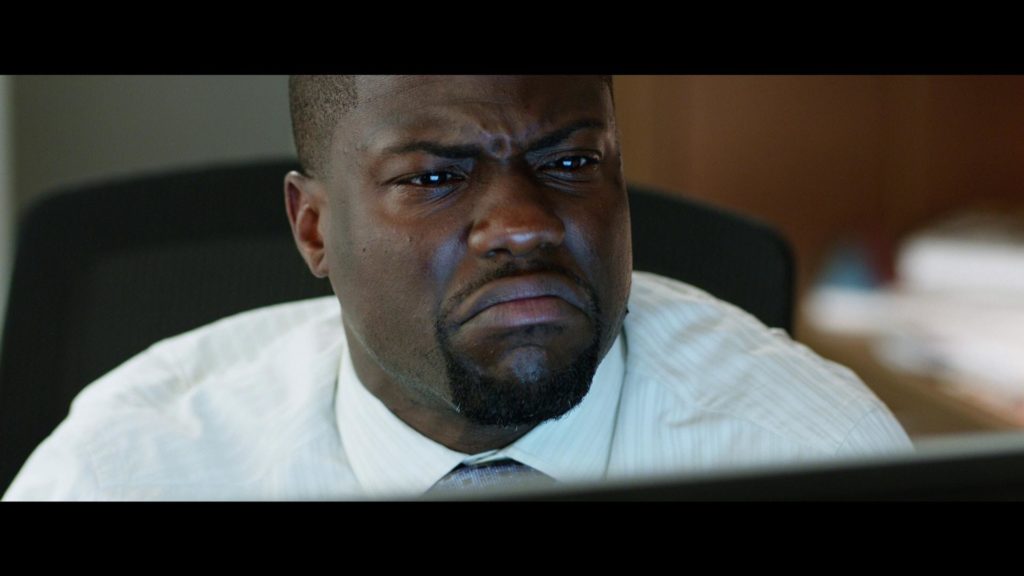