Cat’s Eye is a 1985 American anthology horror film that was directed by Lewis Teague and was written by Stephen King, based off of his novel of same name. Contained within this film are three stories, “Quitters, Inc.”, “The Ledge”, and “General”. The first two stories are screen adaptations of short stories from within King’s “Night Shift” collection while the third story is unique to this film. They are all connected by the presence of a traveling cat and the cat has a significantly incidental role in the first two stories while being a major character in the third. Starring Drew Barrymore, James Fisher-Davis, Alan King, Robert Hays and Candy Clark, we’re definitely in for a good time with this release.

The stories start out with a grey stray tabby cat as he’s being chased by a disheveled St. Bernard dog and nearly gets run over by a 1958 Plymouth Fury. He manages to take shelter and hide from the dog in a delivery truck, which drives all the way to New York City. The cat then hears a disembodied voice of a young girl (played by Drew Barrymore) begging for help because somebody is threatening her. The cat is then captured by an employee from Quitters, Inc. and we move right into the first story of the film.

Generally speaking, I felt that Cat’s Eye was pretty generic.  I think a lot of it has to do because I had such high expectations of this film and the story it had to offer.  Without having seen this film before nor reading the book that it’s based off of, I expected a lot more out of a Stephen King story.  Sure there were parts that were suspenseful, but the suspense wasn’t very strong and it was completely predictable.

Despite my innocuous feelings with this film, it wasn’t a bad movie overall.  It has an interesting story and is presented decently.  In fact, when discussing this film with a couple of the other writers from here, it was described as “feeling too much like a TV movie” and I certainly agree with that sentiment. It does not have the production quality of a full-length film, and it feels much more like Stephen King’s It or Salem’s Lot (both TV movies) than it does a $7 million major studio production. 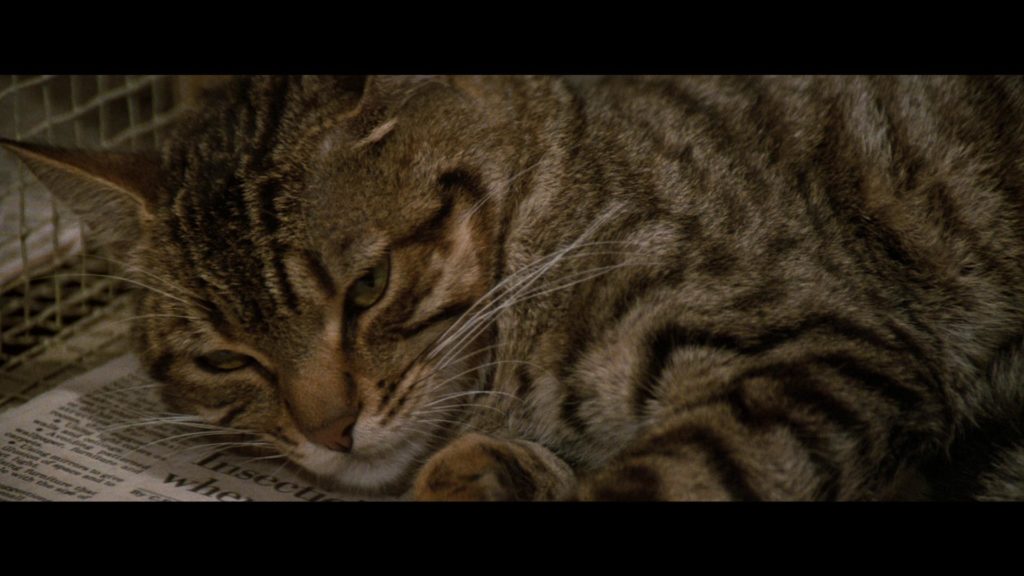 This release of Cat’s Eye comes at us bearing a full HD 1080p resolution; however, the video presentation isn’t quite flawless.  While it does have a good picture quality in any scenes with decent lighting, when there are outdoor scenes that take place during the evening hours, visual clarity starts to degrade and things started to get difficult to see.  As the scenes played out on my television, there was absolutely no discoloration, or any signs of residuals as the characters moved about the scene. The master from which this HD transfer was sourced is of a higher quality than It or Salem’s Lot, most likely due to Cat’s Eye being a major production, and a newer film than the aforementioned TV mini-series. A better contrast and brightness in evening scenes would have been a major improvement, but this is still the best looking of the three recently released Stephn King Blu-rays. 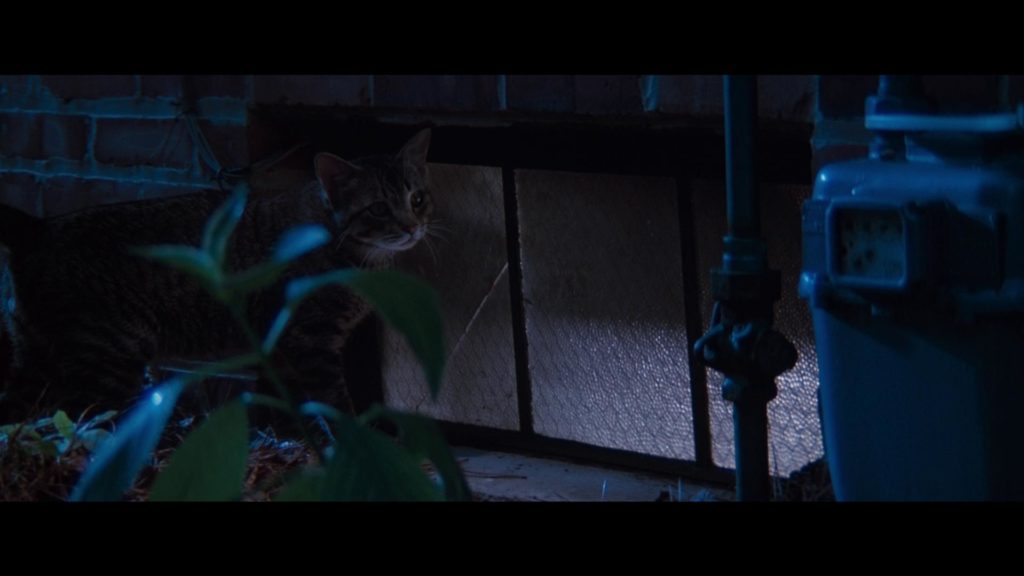 Coming at us with a DTS-HD Master Audio 2.0 track, the audio quality of this release of Cat’s Eye wasn’t too terribly bad.  I think a lot of that feeling has to do with my receiver compensating for it having 2-channels, because as we watched this movie my rear speakers did have the musical score coming out of them. This may be unique to my setup, but it did seem as if the audio had been upconverted to include more channels. I was able to completely hear and understand the film as clearly as possible and didn’t have to manually adjust the volume levels at all like I have with other releases using a similar 2.0 audio technology.  Considering the story that’s being presented to us and there not being too many high intensity scenes, I don’t see too much of a need for an extremely immersive experience.  The audible experience that’s offered certainly is all that is needed for Cat’s Eye. 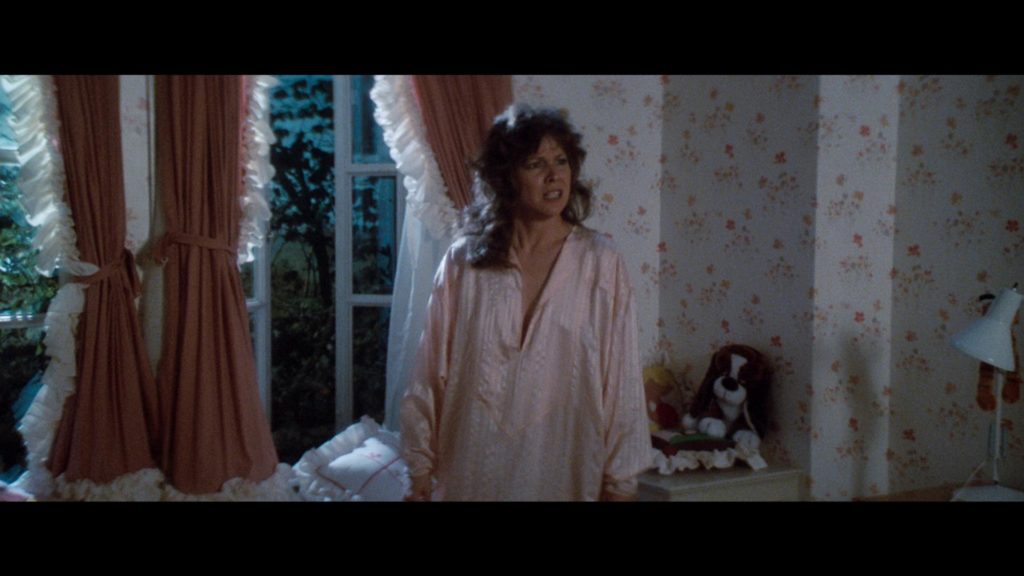 Cat’s Eye is extremely barebones in terms of packaging and contents.  This movie comes packaged in your standard Blu-ray amaray case.  Contained within the case is the Blu-ray disc of the film and nothing else.  There is no DVD copy of the film nor is there any digital redemption pamphlets.  Despite my overall experience with this film, it still would have been nice to be able to add it to my personal digital library.

Much like the packaging for Cat’s Eye, the additional content is very minimal and barebones.  I was certainly left with the feeling like there should be much, much more. However, we are graced with the presence of an audio commentary track with Director Lewis Teague as well as the theatrical trailer for the film.

Like I had said earlier, I felt that Cat’s Eye was very generic.  In no way is this movie a fantastic film, however it isn’t a horrible film; it was just a very “run of the mill” horror anthology.  The series of events of the three stories were rather predictable, and the film itself felt too much like a TV movie.  While this movie did have a theatrical release in 1985, I believe that this feeling is a result of the anthology format, which felt more like a TV mini-series than a theatrical production.

The visual presentation that this release had to offer wasn’t bad, as long as there was some form of supplemental light included.  The darker scenes weren’t horrible, however were difficult to make out at times.  The audio is a 2-channel track, however it didn’t deter the presentation and my receiver helped make up for it with having the films musical score coming out of the rear channels.

If you’re like me and are curious to check out this release of Cat’s Eye, you can preorder it on Amazon now and it comes out on October 18 like the recent Blu-ray releases of It and Salem’s Lot. Again, your experience may vary, as some retailers seem to have received stock as early as September 20th, and many people already have their copies. However, Amazon is listing 10/18 as the date for pre-orders, so Amazon customers will need to wait until then. If you can’t wait, try checking your local FYE, Best Buy, or Barnes and Noble, as they seem to have gotten limited stock last month. 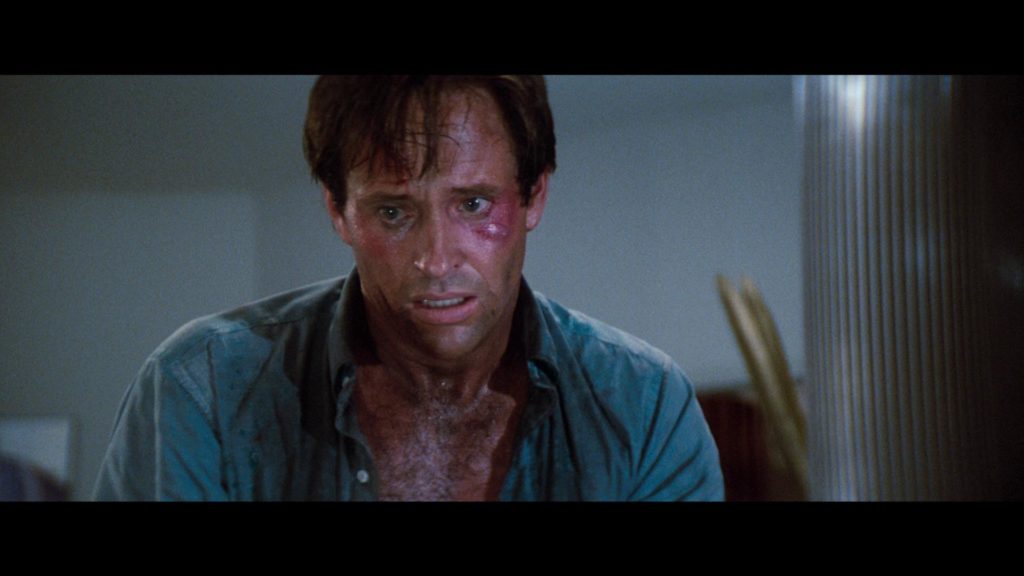